We have analyzing gameplay data we receive as well as looking at saved games from players (thanks to all who send them) and incorporating improvements into what is currently versioned at v3.96.

Among the changes are:

The shipyard being available on turn-1 should help new players and allow the game to "get moving" quicker. We decided to do this due to the recent updates that have made your home planets (especially for Retribution players) have a lot more interesting choices and we didn't feel the shipyard really needed to be one of those choices anymore.

While such a minor change in versioning doesn't imply a major change, the visual update will be pretty apparent immediately.

For users who really like having strange planet types, we are also going to soon be announcing a new DLC (which is how we pay for the continued development of the game) that adds a bunch of new planet types.

This is a big one so stand back!

The Villains of Star Control: Origins DLC pack introduces four major new civilizations to Galactic Civilizations III. All of the new alien factions come equipped with a unique leader, ship, music, and traits that make each civilization look and play differently from the existing major civilizations.

Play as or against the Measured, the overly bureaucratic race of sentient coral, or as the extremely polite (but surprisingly cannibalistic!) Phamysht. You can also play as the frightening race from another dimension, the Xraki, whose only desire is to destroy everything in their path, or as the immortal and genetically superior Scryve.

Galactic Civilizations III is the most popular space-based turn based strategy of all time. Your civilization has just achieved faster-than-light travel and the galaxy awaits you. But you are not alone and must deal with alien civilizations through diplomacy, trade, cultural hegemony, or military conquest either against the computer or against friends online.

In addition to the new DLC, we've released a new v3.9 update for the game that includes massively shorter late game turn times, updated balance based on feedback, AI improvements, new star base modules and lots more. The changelog at the bottom of the post has more details, so be sure to check it out! 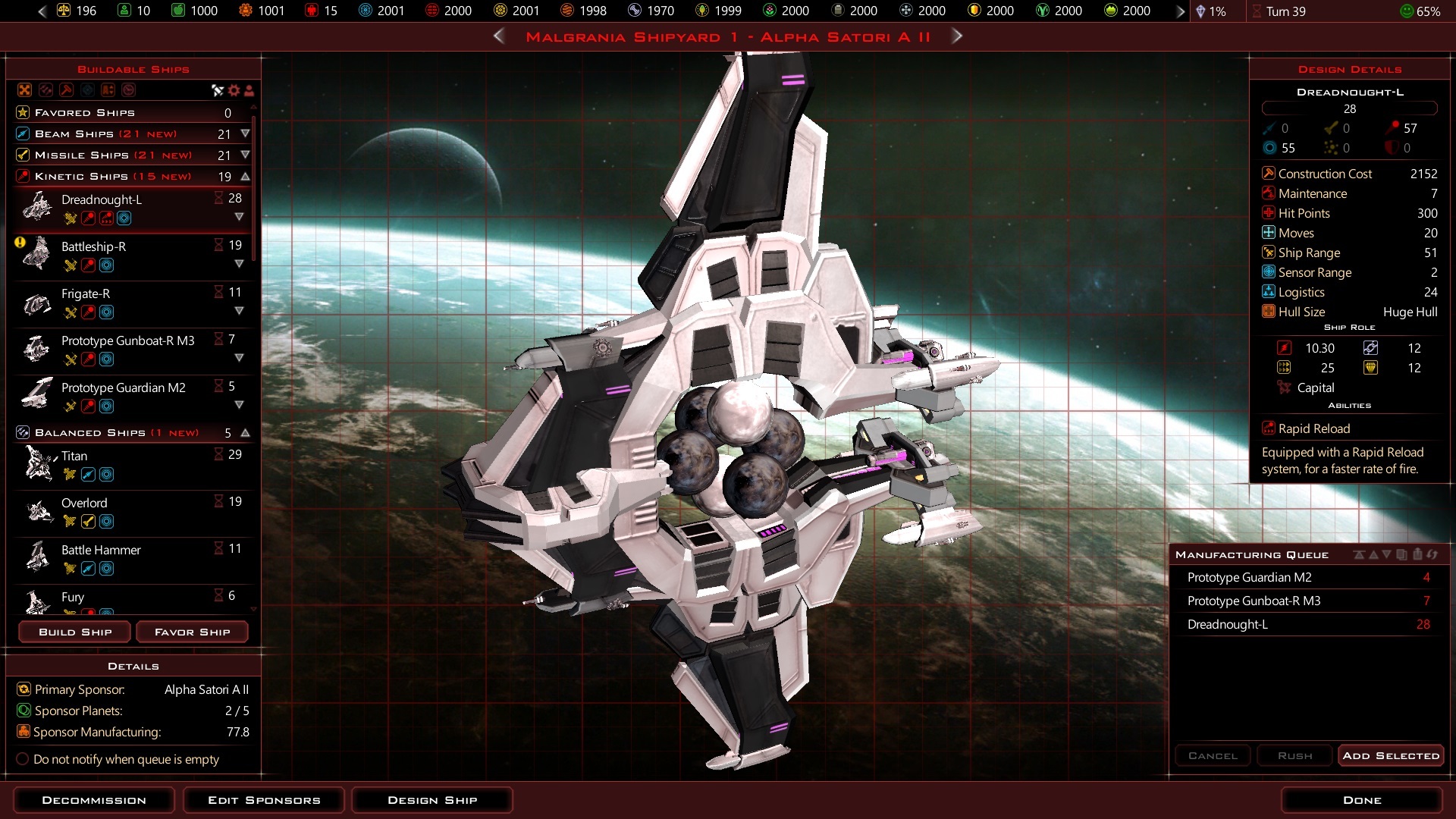 MAJOR RACES IN VILLAINS OF STAR CONTROL: ORIGINS
The Measured
Do you have a form for that?

The Measured are an extremely bureaucratic race of sentient coral who once enjoyed a thriving and rich civilization before they were genetically modified by the Scryve. They now serve as the record keepers for the Scryve Empire, a role to which they are well suited.

The Phamysht
So lovely to MEAT you!

The Phamysht are a race of extremely polite cannibals who find other beings generally intolerable. The galaxy is a messy place, and they’re here to finally bring it some class and refinement, even if it does mean eating lesser races out of existence.

Although they are considered to be fanatical monsters by most, the Xraki weren’t always that way. They hail from another dimension and were driven mad through the evil ministrations of the Scryve Empire, who turned them into their shock troops.

The Scryve
Permission to exist: Denied!

The Scryve are a race of immortals who weren’t always the villains. Their civilization was once filled with idealism and hope, but terrible events over time slowly corrupted them and withered their empire, turning them instead to brutal violence.

Special thanks to Horemvore, Old Spider, and the modding community. Brad/Draginol reviewed his mods to evaluate whether some of those ideas should make them into the game. We love seeing players that are passionate about the game and it's great to see their work making the game better for everyone.

No more fog of war in your empire.  All territory in your Zone of Control now is always visible.  This helps you keep an eye on what other factions are doing in your backyard.

We've made a substantial improvement in performance.  This boost is especially noticeable in the shipyard screen and in late-game turn times.

Balance
Fixes
UI
AI
Crusade and Beyond
Intrigue Only
Retribution Only

The Star Control: Origins multiverse is filled with beings of all shapes and sizes. Here is a preview of some of the darker species coming over to Galactic Civilizations III.

The Measured
The Measured are sentient coral. They once had a rich, thriving civilization before they were modified by the Scryve (who we will discuss in a moment). The Measured are the Bureaucrats of the Scryve sector which makes them fit in with the gameplay of Galactic Civilizations III nicely. They not only get the Bureaucrat ability but receive a new one: Mitotic which gives them free administrators when they colonize new worlds. 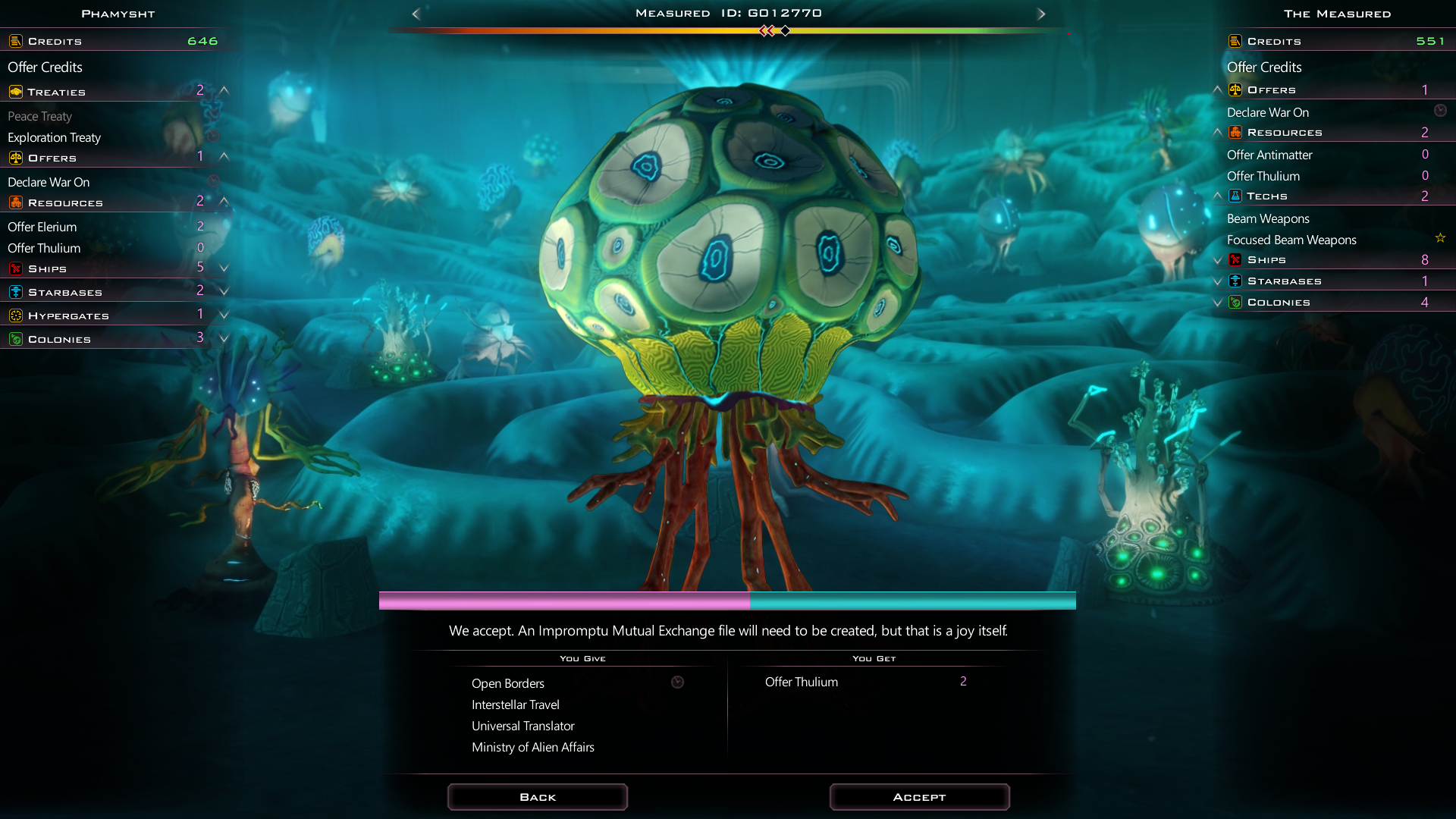 The Phamyst
The Phamyst are the galaxy's most polite cannibals. They find other beings generally intolerable. The galaxy is a messy place and they are just the ones to bring class and refinement to it. 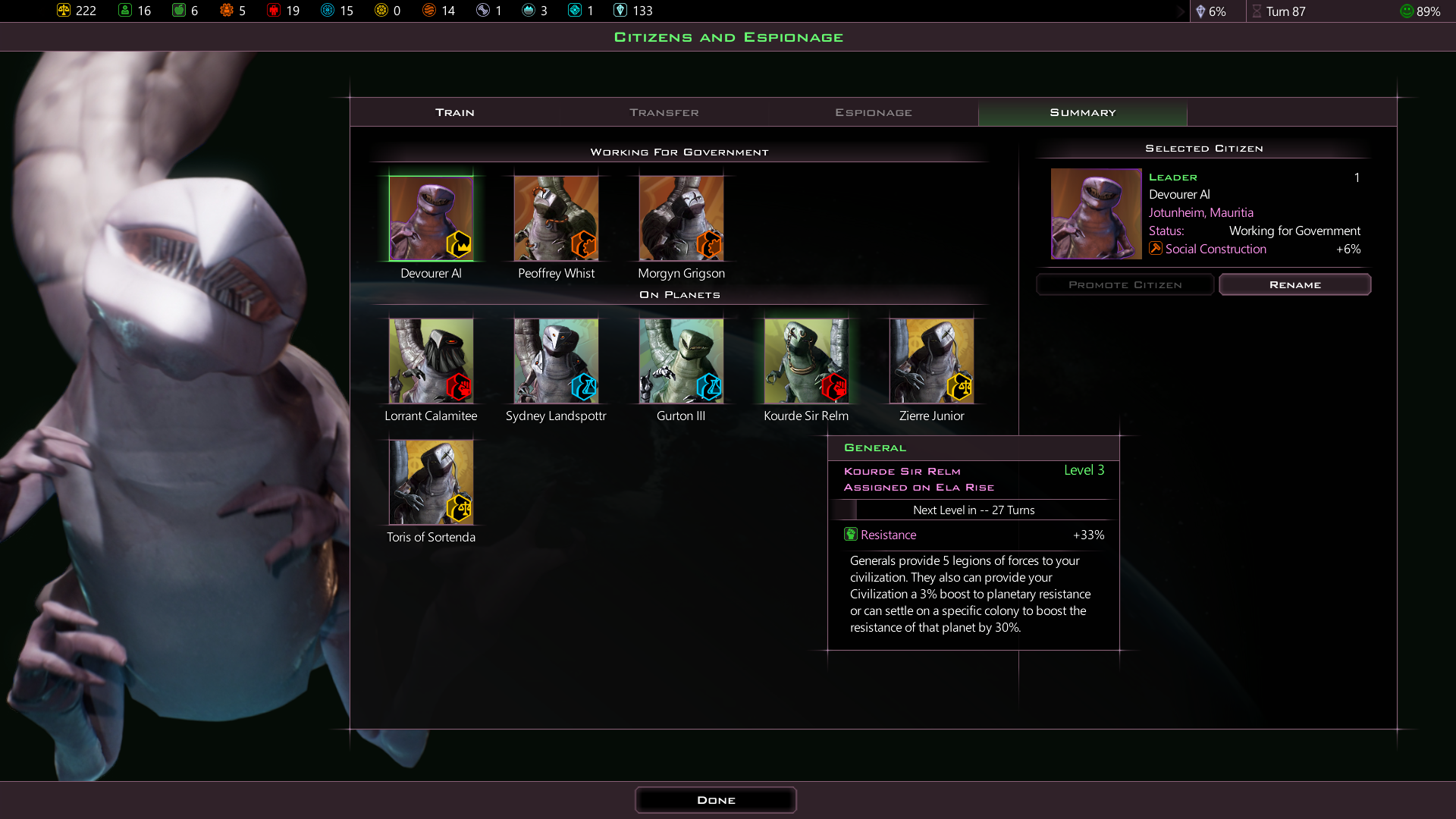 The Xraki
The Xraki are considered fanatical monsters that came from another dimension by most. But things are not quite as they seem. The Xraki were once the shock troops of the Scryve Empire who harvested them and modified them via the Scryve's exclusive access to the only known Origin in the galaxy (a device that allows its user to go into alternative universes). 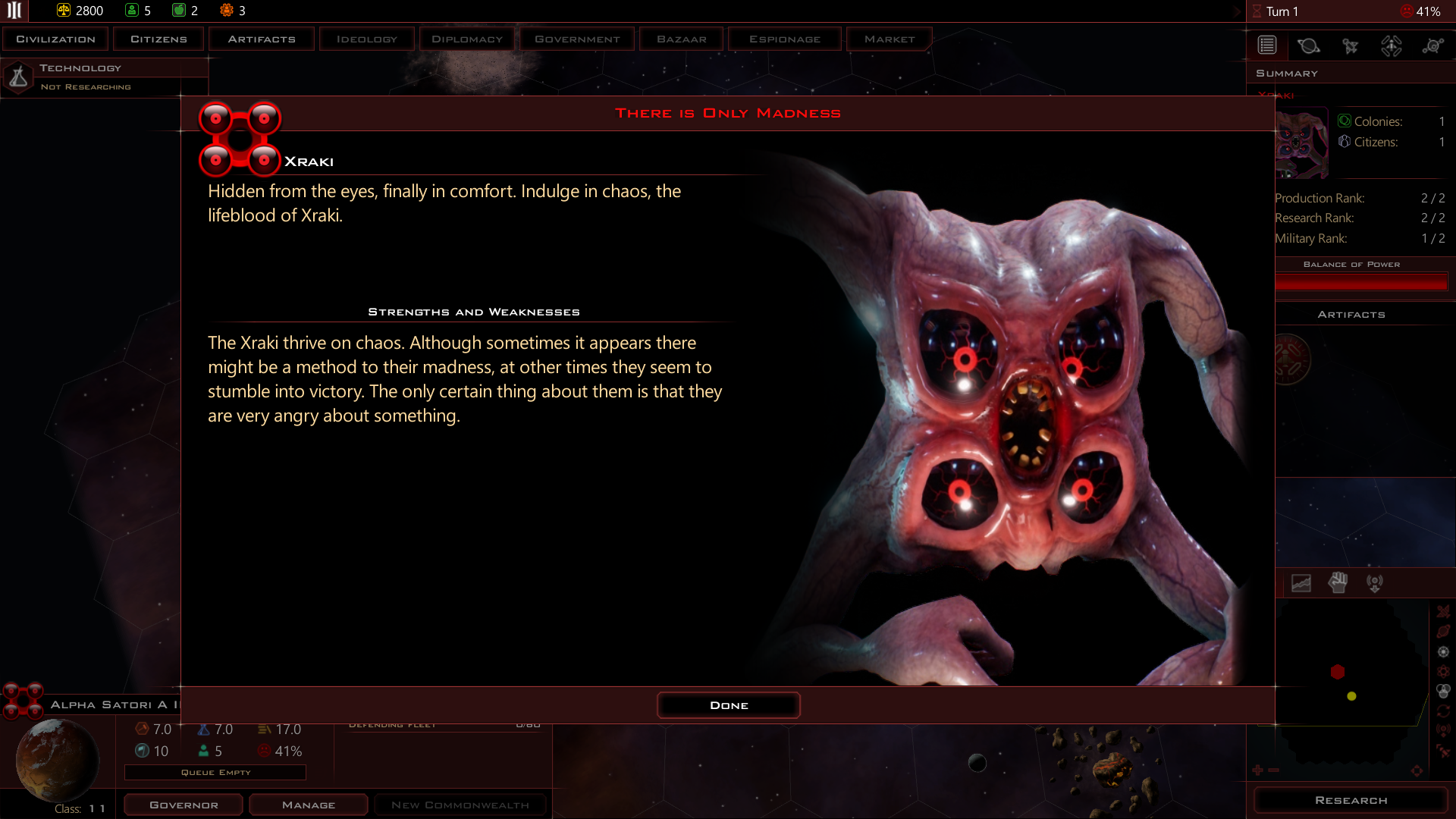 The Scryve
The immortal Scryve were not always villains. The Scryve Empire was once full of idealism and hope. Time and events slowly corrupted them. Now, the once all-powerful Scryve Empire is slowly dying. They have controlled our part of the galaxy for so long that few species have been left untouched by them. The Scryve are unlike any villain from the Galactic Civilizations universe. Where the Drengin are brutal, violent and intolerant the Scryve are civilized, thoughtful and methodical. The Scryve could best be described as a people who followed "the ends justify the means" one too many times.

The Scryve are masters at conquering and then holding. Not only do they have the Conquerors ability, they also receive the new Imperial ability which gives their ships a HP bonus in their territory based on the number of colonies whose zone of control are contiguous with their home planet. 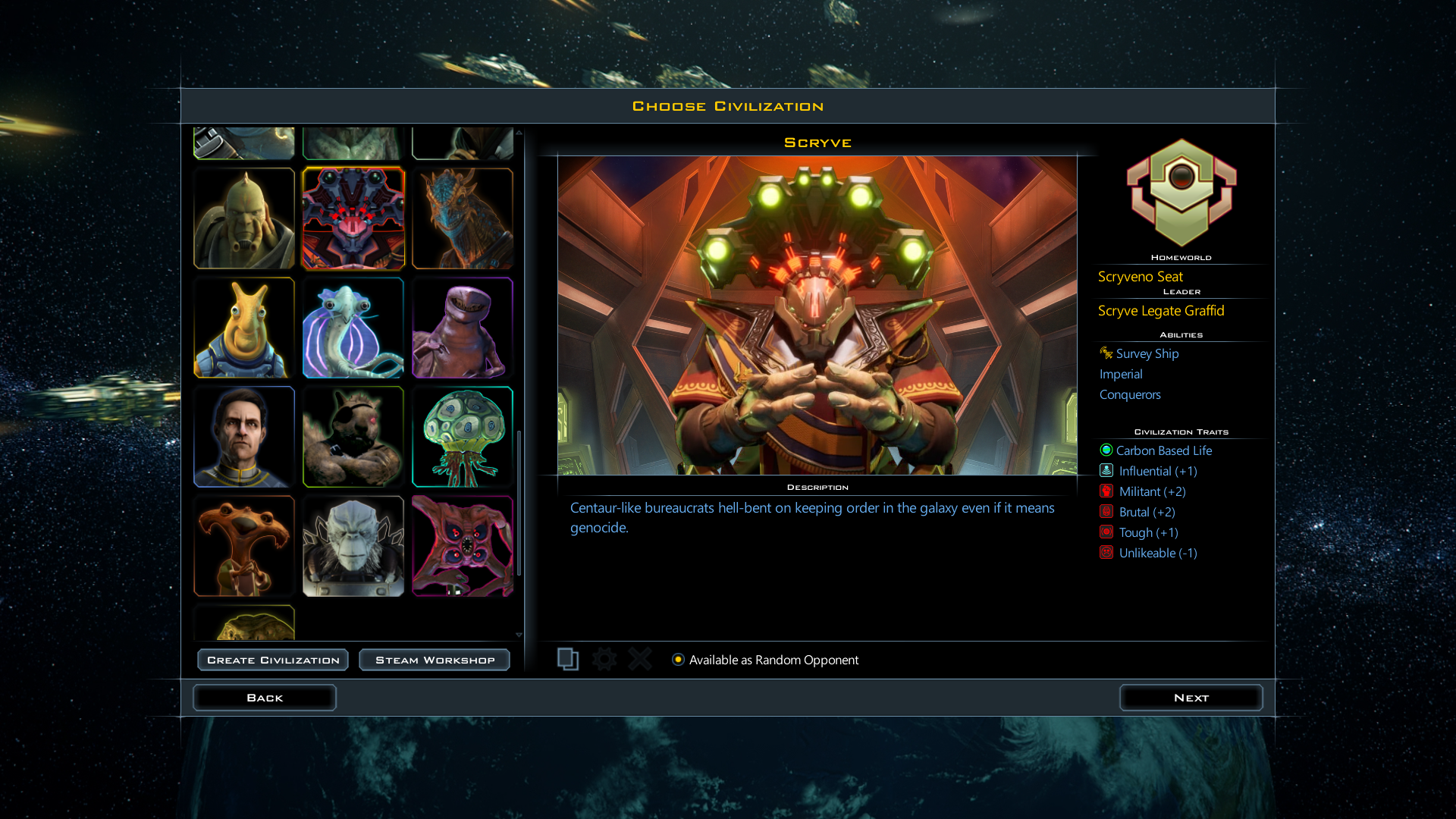 Villains of Star Control: Origins will arrive for Steam on August 27th for $5.99. Not only does each new species have their own unique abilities, but they come with their own ship styles, which means lots of new ship parts to play with.