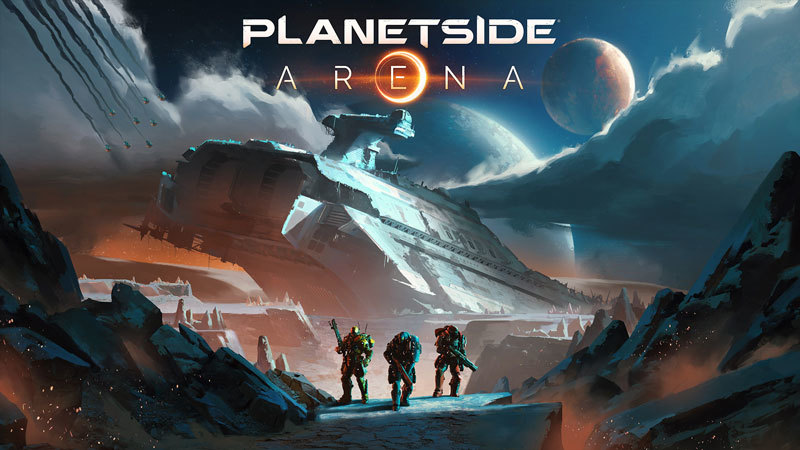 After careful consideration, we’ve made the difficult decision to shut down PlanetSide Arena servers.

While our team set out with an ambitious vision for a game that combined the massive-scale combat and camaraderie of PlanetSide through a diverse collection of new game modes, it has become clear after several months in Early Access that our population levels make it impossible to sustain the gameplay experience we envisioned.

As a result, PlanetSide Arena will formally shut down servers on January 10th, 2020 at 5:00 PM (PST). We are actively working with Steam to ensure that all players who made purchases during Early Access will automatically receive a full refund to their Steam Wallet after servers shut down in January.

Thank you again for your loyalty and support during Beta and Early Access. Your feedback was invaluable, and your enduring passion for PlanetSide remains the bedrock our community is built upon. As painful as it is to close this chapter so quickly, we remain deeply committed to this franchise, and look forward to continuing this journey through the PlanetSide Universe with all of you.

F.A.Q.
How long can I continue to play PlanetSide Arena?

PlanetSide Arena will remain available for play until Friday, January 10, 2020 at 5:00 PM PST, after which point all game servers will be shut down.

Can I still purchase DLC (Legendary or Recruit Edition) or Virtual Currency (Battle Coins) from the Steam store page?

No, as of today we have removed all DLC and hard currency purchase options from Steam. You can still use any virtual currency you have in your account (Battle Coins and Certs you earned through gameplay) until servers shut down on January 10, 2020.

How do I find out if I’m eligible for a Steam refund?

All players who made in-game purchases of DLC or virtual currency will automatically receive a refund to their Steam Wallet shortly after servers shut down on January 10, 2020. You will retain access to the items you previously purchased until that date. For more details regarding Steam refund eligibility, please visit this link.

I have a further concern and want to contact Customer Service. How do I do that?

Our Customer Service is available to address all your questions and concerns.  Please contact http://help.daybreakgames.com for all matters pertaining to all of our games, including PlanetSide Arena.

Will I still be able to play PlanetSide Arena in any fashion after the servers go offline?

No, once servers go offline on January 10, 2020, PlanetSide Arena will not be playable in any way.

This is just the beginning of our epic journey to bring you the ultimate massive multiplayer sci-fi arena shooter. If you’ve been with us since we first began playtesting in Beta, a HUGE thank you. We never would have made it this far without you! To all of you new recruits, we’re thrilled to introduce you to the next phase in the war for Auraxis!

AVAILABLE GAME MODES (EARLY ACCESS)
We launch today with two initial game modes:
PlanetSide Arena is an ambitious project that will ultimately feature a variety of match-based game modes, some capable of supporting up to 1,000 players per match! We’ll be working hard throughout Early Access to bring you new modes like Sunderdome, Outfit Wars, and Massive Clash, which will be released on a regular cadence in the form of weekend events with special rewards, or as primary modes that are always available.

Check out our Early Access Roadmap[www.planetsidearena.com] for a look at the new modes and features on the horizon. 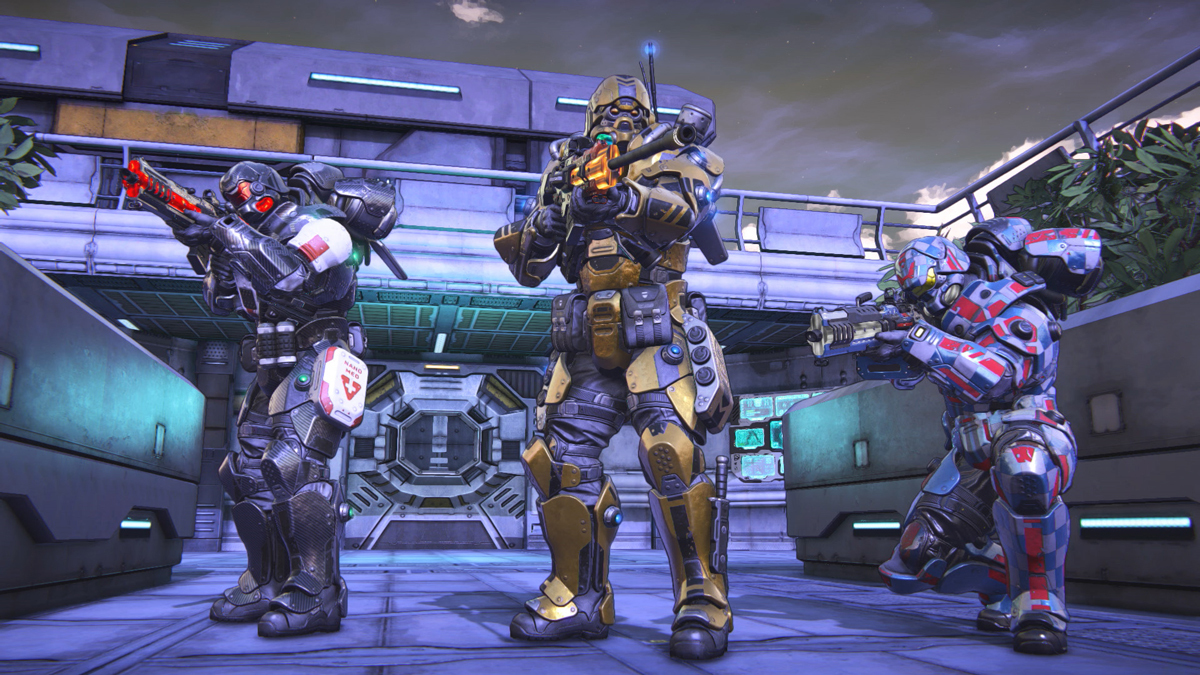 AVAILABLE WEAPONS
Ready to choose your class and drop into the Arena?  Don’t forget to gear up for combat! From lethal sniper rifles to high-velocity particle weapons, PlanetSide Arena features a deep and diverse arsenal to choose from - and with the ability to customize your Loadout before diving into a match, you'll NEVER need to loot for a weapon. For more on each of the weapons and upgrades available in-game, check out our introductory weapons guide[www.planetsidearena.com].

AVAILABLE VEHICLES
Along with choosing your class and mastering each weapon, you'll want to familiarize yourself with each of the vehicles in PlanetSide Arena to fully dominate the battlefield. Every class starts each match with their own personal vehicle, which you can pre-select from the "Customize Soldier" main menu option, then summon in-match by hitting your X key (default). Very useful for scouting ahead for your Squad, or escaping an ambush! Once you dismount from your personal vehicle, there will be a short recharge time before you can summon it again.

The full garage available at Early Access launch include:
Additional vehicles will be introduced throughout Early Access - including aircraft, which are slated for Q1 2020 with our Outfit Wars update! 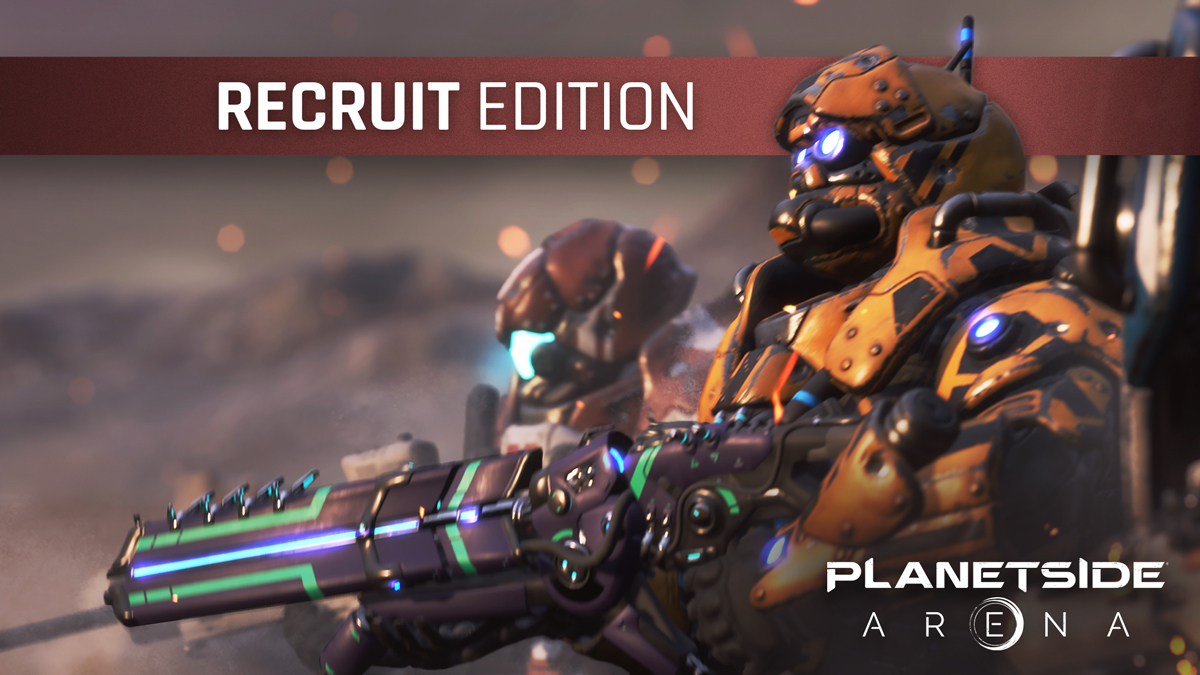 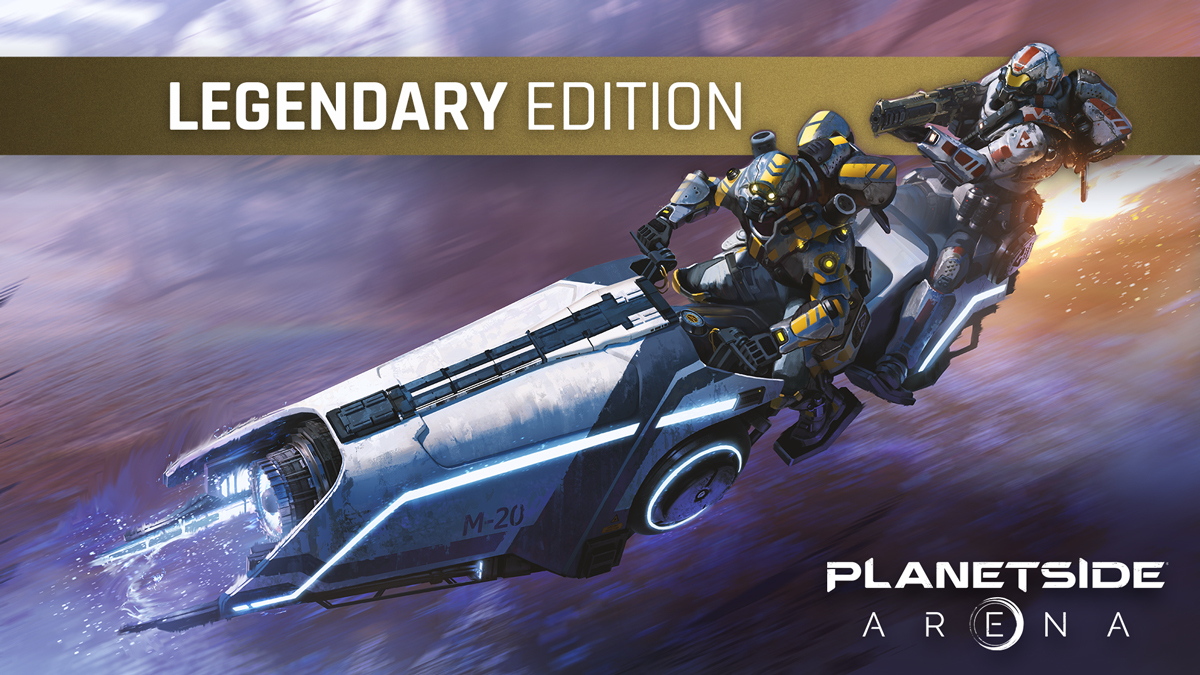 The PlanetSide Arena: Legendary Edition ($49.99) includes the Alpha Strike banner, FOUR exclusive skins (M-20 Tempest Hoverbike, and Alpha Strike Armors for the Medic, Assault, and Engineer) that will ONLY be available during Early Access, and 200 NS-0 Standard Crates - $200 worth of value!

F.A.Q.
Have additional questions? Visit our Frequently Asked Questions guide[www.planetsidearena.com] for a rundown on everything else you need know.

If you don’t find your answer here, tweet us @PlanetSideArena or let us know on the official forums[forums.daybreakgames.com].

See you in the Arena, Mercenary!