Alaloth - Champions of The Four Kingdoms 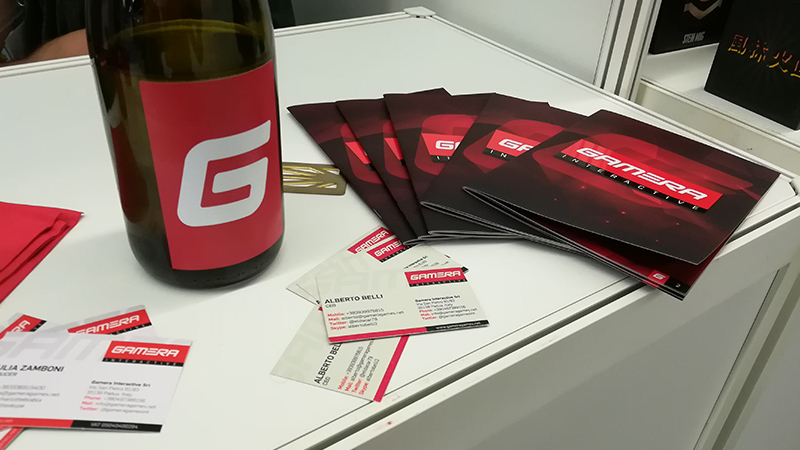 And so it all begins, once again: we just announced our cooperation with All in! Games on Monday and, yes, it is a sort of restart for us, following a few months of events that changed the studio and the people behind it. Deeply.

This post is to give you a bit more information of what has been happening to us since March, to update you on what’s happening to Alaloth, and what to expect in the weeks following the announcement.

Making games is a hard job and 2019 has been a roller coaster for us.

The studio has been up & running for three years now, we’ve released a few games on PC and consoles, actually making numbers, and we’ve recently started a brand new publishing program named ReLaunch to help other fellow devs. All has gone according to our plans, let’s say. We are good at making plans and we had one laid out for our flagship project, Alaloth, that has since seen some big changes.

Gamera has a very publisher-friendly attitude (most of the management comes from that side of the business) and we’ve always been super clear on this while pitching the game all around the world during fairs and events. Alaloth has always been a unique project in many different ways—not so many indie studios in the world have the chance to announce their project with a worldwide exclusive unveil on IGN, or get six front covers in the printed press across Europe. A long time has passed since the very first presentation behind closed doors and we’ve always been super happy about the feedback from journos and players. We started showing the game in public at SGC 2018 in Ljubljana and one year later, at SGC 2019, we officially lined up a publisher, helping us to raise the bar, making Alaloth a bigger, better game.

But what happened on the way?

Why has Gamera been silent for a long time with so many people waiting for a release in fall of this year? Well, making games is a hard job, as we said. We were supposed to sign a publishing deal with a different partner before the summer. We had plans for Alaloth at E3 2019 with said partner that fell through, and with that, a lot of time dedicated to this milestone was lost. 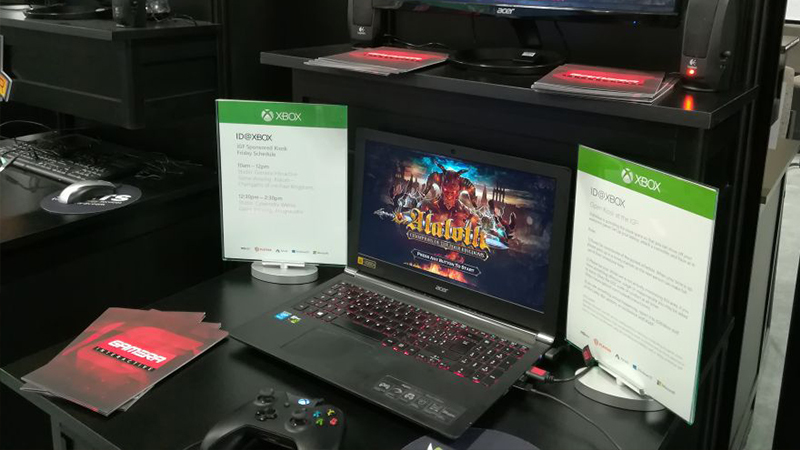 The plan falling through has meant we needed to refocus our efforts after investing time, energy, and resources into a different timeline. One of the greatest errors that a small team like us can make is underestimating how much different factors can influence every plan. Our pipeline changed a bit so that we could be able to work on systems, ad hoc feature for showcases and other cool stuff while porting our other games to Switch and PS4, because we thought that everything would have been great with such support but you know what? Life happens.

We got no response. Lack of communication led to our initial marketing plans being sidelined, and with that, we needed to start considering how we were going to move forward with Alaloth knowing our initial direction was no longer possible. GamesCom was presented as an opportunity to fix all of this, but we were not planning to attend it, because something even worse happened during the summer: one of Gamera’s founding members, the most important investor of the company, passed away in a tragic mountain accident. We decided to attend GamesCom anyway, because it was the right thing to do but we thought it was the end. We were really devastated by all of this.

But it was not the end. It was a new beginning instead. We submitted for Devcom Indie Expo at the time and were selected for the show. It was our first time there, as we just attended the main event before. A last round of pitches and meetings, a good moment to see friends once again and not think about the storm upon us. We didn’t have the chance to catch up with a few companies during previous events so we did a last minute reschedule trying to reach them during this period. Fast forward: we had a bunch of phone calls, discussed our vision, found common ground and actually signed the deal we just announced. Restart. 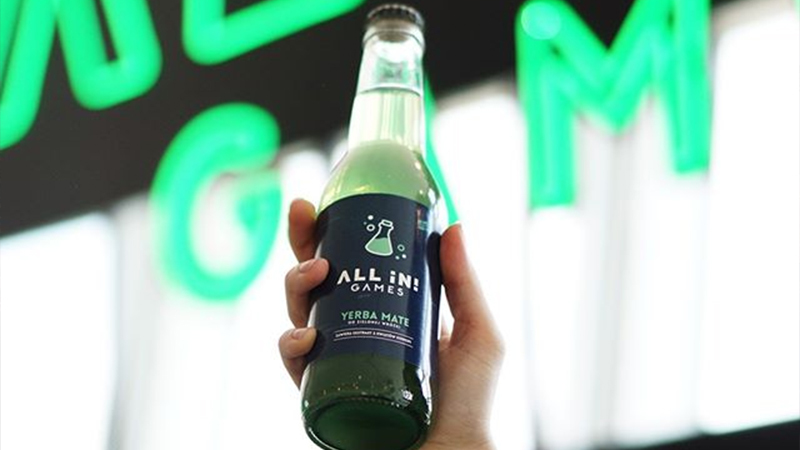 First of all, we are going to have access to resources we didn’t have before. We are actually working on a brand new production plan to bring a bigger and better game using these resources. The final version of Alaloth will therefore be more polished. We are even working on the marketing and PR to give you constant updates on the world we’ve kept secret for so long, going public once again at PAX East, the first stop on a world tour that will bring Alaloth to you all.

We’ve built a huge world with a rich history, amazing characters and stories to tell and we’ve just shown a few. Great news ahead: starting from January, we will be introducing the world lore created with the help of a giant like Chris Avellone and the hardcore gameplay mechanics we’ve had in mind since the very beginning.

We would like to work on the community as well and All in! Games will help us with this too, managing our social channels and Steam page as well, while you can poke us directly on our Discord server, where we are collecting feedback and chatting in real time with you all about any game-related topic and much more (RPGs are always a good topic!). Lots of people are asking about the release date, retail and if the game is coming to other platforms: we’ll be back to all these topics later next year, so be patient!

Sorry for the wall of text but it was something we’ve really wanted to do for a while to clarify almost everything.
Lots of love to you all and stay tuned!

Krakow, Poland – December 2, 2019. All in! Games has announced a new partnership with Gamera Interactive, bringing another dimension of resources to the production and distribution of Alaloth - Champions of The Four Kingdoms, the studio’s upcoming project. Alaloth is planned to be released on PC and Xbox One.

Alaloth takes players to a vibrant fantasy world created with the support of the RPG legend Chris Avellone. The game lets players explore a fully realized ARPG landscape that is a mixture of old school classics and modern action games. The dark god Alaloth has descended to the mortal realm, lying imprisoned in the Valley of Storms and wreaking havoc. Destroy Alaloth within his prison to free the lands from demise. Do it as a hero… or as a dark lord. Alaloth has been shown at several events already, to great acclaim, winning prizes including Best Game Overall (Infogamer 2018), Best Indie Game (SGC 2018) and Visual Excellence (Reboot Develop Blue 2019). In February, All in! Games will showcase Alaloth in their booth at PAX East 2020 in Boston, Massachusetts.

Gamera Interactive did a lot of research and, additionally, fantasy is something that is still appealing for a very large audience. The game is set between old school classic RPG and modern action games. All the animations used for the combat system are motion captured for a gorgeous effect. Moreover, every single environment is hand painted by the studio’s artists. "Alaloth is Gamera Interactive's flagship project and partnering with such a great partner and respected publisher as All in! Games will be invaluable to its success. They loved the game right from the very first pitch at GamesCom,” said Alberto Belli, CEO of Gamera Interactive. “All in! Games really respects our vision and, along the way, they will be able to provide the resources we didn't have access to, turning Alaloth into a bigger and better game."

All in! Games is a publishing house and development team creating and supporting unique games for PC and consoles. Apart from Alaloth, there are dozens of titles in their portfolio, including Tools Up! (The Knights of Unity) and Ghostrunner (One More Level). "We are thrilled to be working together with Gamera Interactive,” said Piotr Żygadło, COO of All in! Games. “We want to help Gamera Interactive reach the full potential of Alaloth, which has a strong foundation in the fact that the lore is incredibly rich and Chris Avellone has been involved in the project. We plan to make Alaloth an amazing game together."

Chris Avellone, who was a writer for such titles as Pillars of Eternity, Planescape Torment and Star Wars Jedi: Fallen Order, provided creative support for the game. He advised the developers and gave feedback on design content, assisting in the creation of the lore and the characters’ backstories within the world of Alaloth.

All in! Games and Gamera Interactive plan to release Alaloth in 2020 on PC and Xbox One, aiming to make a polished finished experience in respect to scale and content.

🍂The Wardrobe - Even Better Edition

🍂 Timothy and the Mysterious Forest

Check out our latest release, the old school Zelda-like action game Timothy and the Mysterious Forest, discounted at 50% for the first time, don't miss it!

Check out our multiplayer mayhem 5 Minutes Rage as well, perfect for some short breaks during these cold and rainy months!

Don't forget to wishlist the upcoming aRPG Alaloth - Champions of The Four Kingdoms (RPG legend Chris Avellone on board) and the gothic visual novel Midnight Caravan !

🔴 The Wardrobe - Even Better Edition

Check out our latest release, the old school Zelda-like action game Timothy and the Mysterious Forest and the multiplayer mayhem 5 Minutes Rage as well :)

Don't forget to wishlist the upcoming aRPG Alaloth - Champions of The Four Kingdoms (RPG legend Chris Avellone on board) and the gothic visual novel Midnight Caravan !