ประกาศ _
A New Build is OUT - Patch 0.5.27. - Codename: Luminous
โพสต์โดย Lost Pilgrims @ 11:03AM on February 25, 2021
Hey Folks,
this patch is our biggest to date in terms of complexity including a new region and a number of big features, so the tendency of taking on a lot seems to become a tradition for Lost Pilgrims by now.

Important note: considering the extent of these improvements, there is little to no chance that we broke nothing in the process of adding stuff and failed to notice despite extensive testing. Assume that we did not want to make anyone's life harder. If you see something amiss, please flag it to us using the usual channels, like the inbuild reporting tool (F1 button), forums, and our Discord server[discord.gg]. 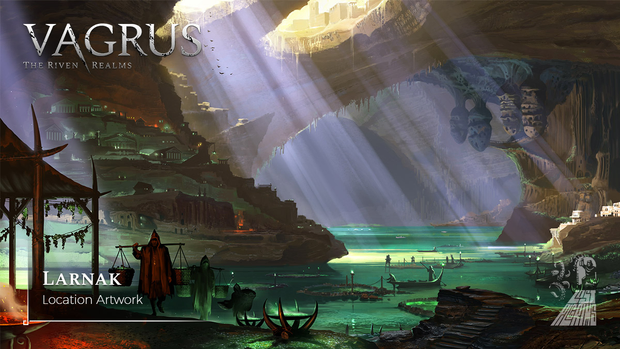 New Content
Larnak is huge, although somewhat smaller than Deven and Tor'Zag's Shelter. The city has several unique districts, shops, temples, adventure hooks, and more. Larnak is the headquarters of House Venari, as well as home to the embassy of an insectoid people that arrived to negotiate with the Empire. A dark threat is also appearing on the horizon, as the long-disappeared Sand Wyrms are returning in great numbers to prey upon travelers of the scorching deserts that surround the city.

Ash is a small town in the middle of a grey silt desert west of Sun Rock. Run by House Darius, it has become the largest slave market near and far. Unique opportunities await vagri with no scruples about forced labor.

The Forsaken Colony to the southwest of Larnak is a mysterious place. Abandoned along with the mines and an odd Yrg hive nearby, it has been largely avoided for decades. However, something stirs there at the far end of the desert and a new presence might have set up shop in the old colony.

We have also added a proper Oquo headquarters in the Drusian Quarry as well and the Dread Reavers continue their journey. Find these and more hidden stuff in the new build!

New Companion
Nedir the sorceress joins the companion roaster! Without spoiling too much, we can say that she is a spellweaver who specializes in fiery displays of destructive power as well as magic involving... well... Demons. She is completely in control of course! At least if you want to believe her.

Hirelings
To top it off, we have also added Venari Hireling characters who can be hired for a period of time to help out with the toughest of challenges, albeit for a small fortune.

Factions, Factions, and Factions!
Dynamic pricing was the first step to our final economy design. The second: Faction Offers is now added with this patch.

As the Factions own sole rights to trading in bigger quantities, finding enough goods to trade from the market can be quite challenging (and expensive with the prices shooting upwards with each bought stack). For the affiliates of the big Trading Houses though, the flow of goods opens up right away. Gain good standing with them and you will find their buy and sell Offers on the now enabled Faction Offers tab [Only in the open-world section]. Use a portion of your accumulated goodwill (reputation) and the deal becomes even sweeter. 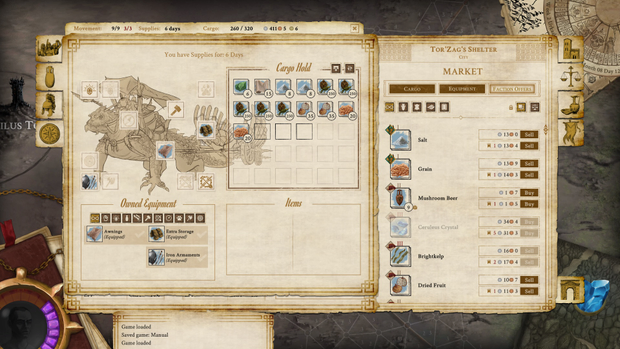 Faction Rewards open up with each tier of Faction standing. Some of them you can reclaim at each of their headquarters, others are awarded simply by reaching new tiers (and lost when falling below a tier's threshold). These new rewards include:

Mounted Fun
Did we mention the third beast type becoming available for high-end comitati?
How about the option to mount up your whole crew (provided you do not have any beasts and have enough mounts for all your crew including companions, passengers, and yourself)?

Well, it would take too long to describe every fix and improvement in detail, so let's just switch to our traditional Patch notes format. Here goes:

Coming up next... Mercenary Tasks and a return to Avernum. Yes, you read it right! Stay tuned.

Wanna see the full game released as early as possible with even more content? Please share our pages and posts with your friends through your favorite social media channel(s). Appreciate it!