Thanks to you we've hit our milestone of 30,000 Steam Wishlists. We promised you that if we manage to do it, we'll share a full music track from the Liberated soundtrack. You got us WAY beyond 30k, so here it is!

The track is titled This Side of Tomorrow and it was composed by our maestro Robert Purzycki. Enjoy!

We've hit 30k, but the more of us, the better, so if you haven't added Liberated to your Wishlist yet, consider doing so. From a developer standpoint, every single Wishlist helps.

Thanks for your support, and until next time, Fighters! 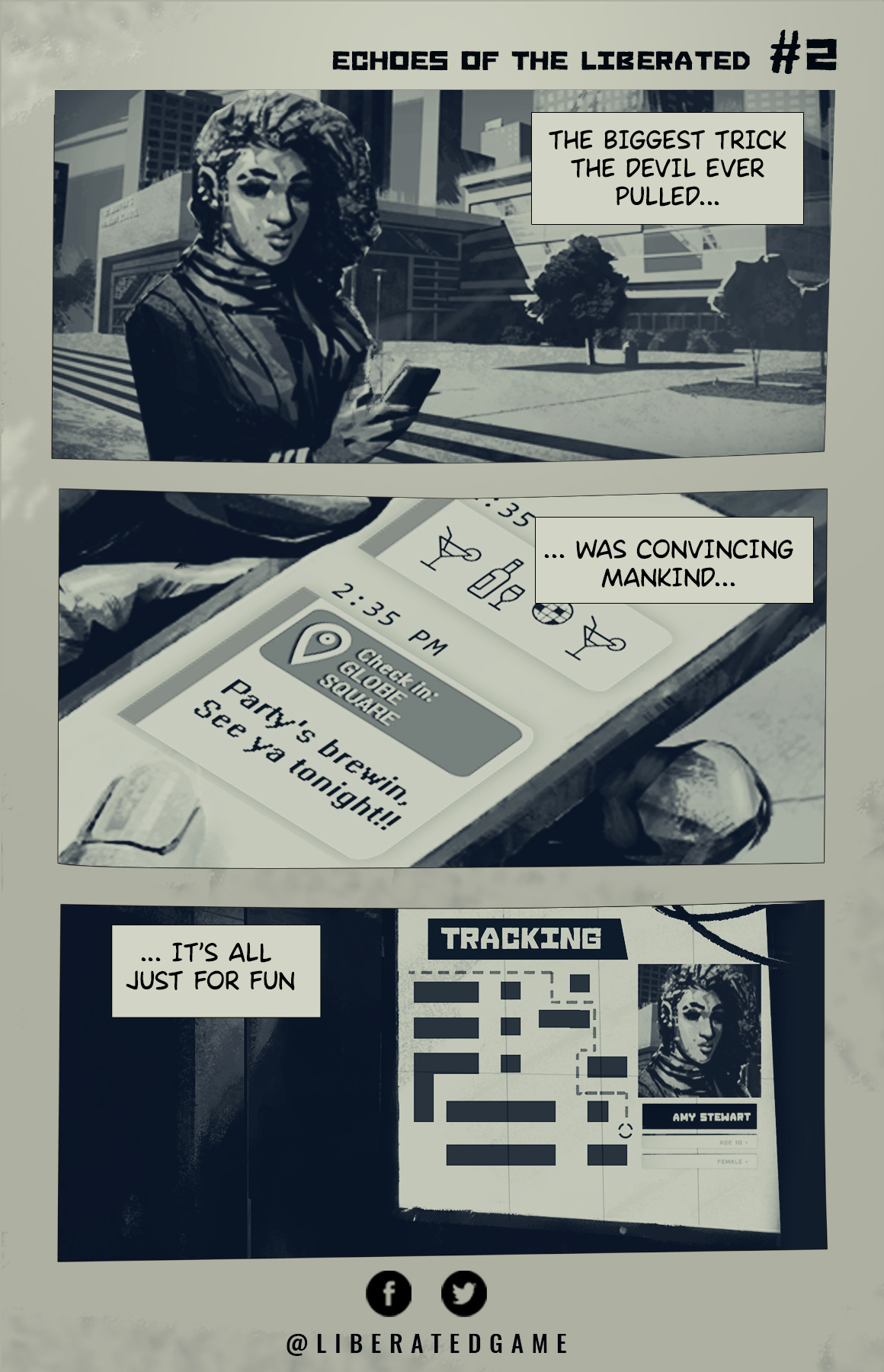 What's shakin? Cause you all just voted Audience Selection Award for Best of The MIX!

ICYMI – The MIX Live Showcase is a digital take on the showcase normally located in San Francisco, and it's all about promoting nifty independent games.

We'd like to thank everyone who voted for us, and of course The MIX team for holding a fun and positive event in these noir times.

See you in the black-and-white streets of The City!

Visa alla 2 kommentarer
The Game Festival only made us stronger
24 mar @ 6:22 - Konradical
The past week has been immense. As a team, we may be scattered across a network of remote Liberated HQs — but it feels like we really came together with all of you for the Demo event. We had a great time chatting on the forums and getting to know your feedback! 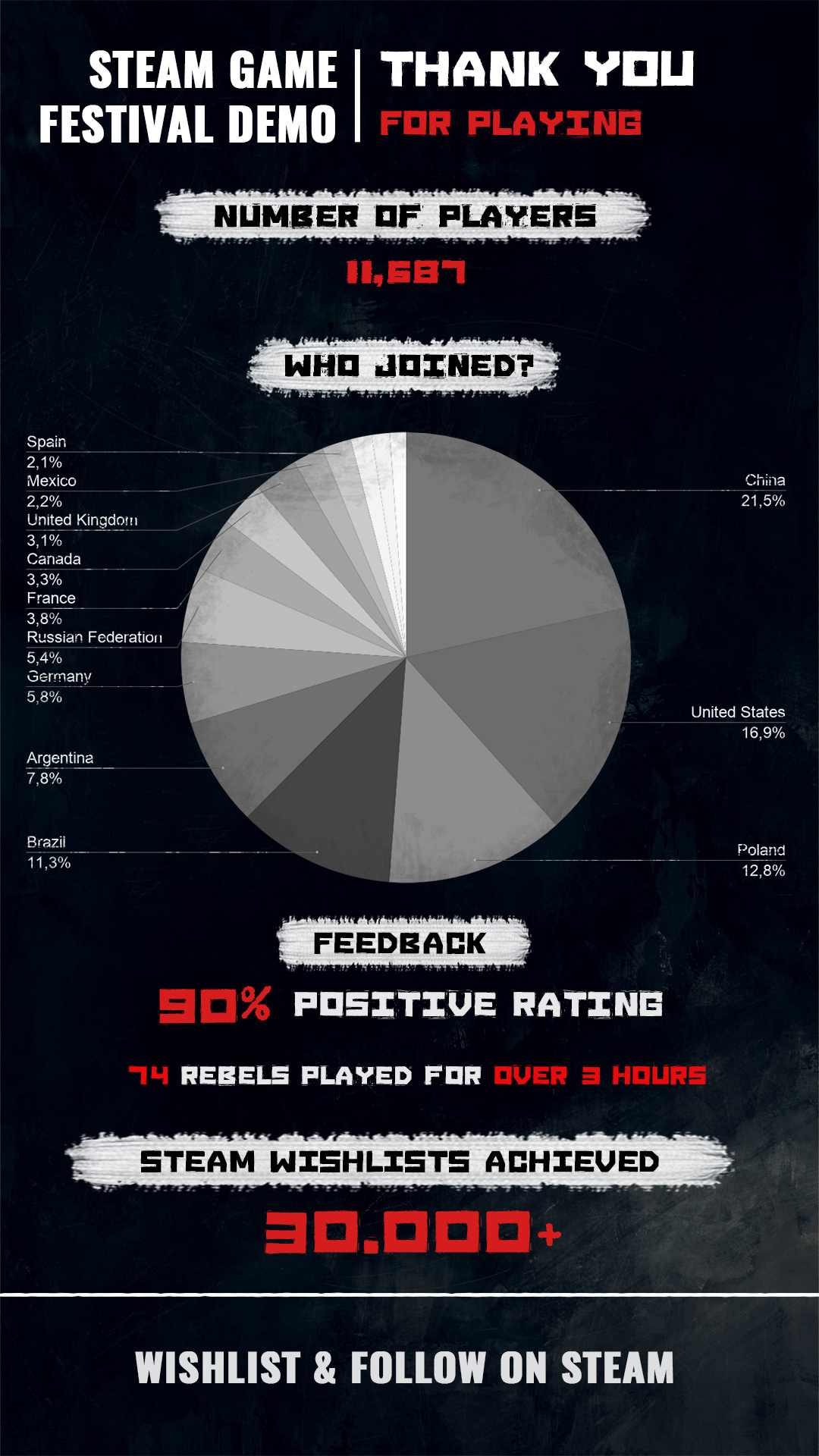 Visa alla 3 kommentarer
Comix Zone vs. Liberated: are they really similar?
22 mar @ 6:31 - Konradical
Over the past few days we've been debating this a lot as a team: is it fair to call Liberated the first playable comic book? What about Comix Zone or even Framed, haven't they done this before?

So we decided to write up some of our thoughts and invite you to talk!

Comix Zone vs. Liberated: are they really similar?
Yes. They're video games that look like comics.
But also not really...

When we set out to create a playable graphic novel we knew that we're going all-in on the concept. Not making a game that's like a comic book in one way or another. We started creating a digital comic that you read and play.

Even having established this, the Comix Zone comparison is inevitable, Comix Zone is part of our DNA. But is it really similar?

First things first, Comix Zone is TO THIS DAY absolutely outstanding. It dared to do something incredibly creative with the comic book framework: it made a comic ALIVE. Its wonderful, vigorous art style makes it look great even today.

It's also what makes Comix Zone so different from Liberated.
Comix Zone takes comic book traditions and tropes, both narrative and visual, and then it goes crazy. The protagonist is aware of the fact that he lives inside a comic book. He jumps between panels, breaks the fourth wall--the game is very tongue-in-cheek in this regard. It's like a test of how far you can push interactivity in gaming; how wild your imagination can run.

For this reason, Comix Zone isn't exactly a playable comic book—because it's not a story told through this medium. It's a super fun and imaginative parody of comics, showing what would happen if some mystical force made these hand-drawn characters come to life.

For Liberated, we wanted something different. We wanted to simulate the paper comic — embrace its boundaries — make you feel like you are interacting with a real comic book.

We love the smell of paper, the sound of pages turning, the dynamics of framing, the way onomatopoeias stimulate senses they don't actually pertain to.

And so, Liberated is at its core a comic book story, a graphic novel — like the ones you can find in comic book shops. It just so happens this one is rendered and has panels where you decide what happens through gameplay. But it has a cover, pages you can turn, issues to collect, and it's 'printed' on a glossy paper that reflects light when seen from a certain perspective. It doesn't break through the comic book limitations, it embraces them and lives within them.

To us this is the critical difference between Comix Zone and Liberated.

Comix Zone is an action game that has fun with comic book aesthetics.

Liberated is a comic book that you can play.

But what do you think?