Προβολή όλων των 1 εικόνων
Ανακοινώσεις _
Out Now: Beginner Tips and More Content in Beta 5!
δημοσιεύτηκε από Rasmus @ 09:44AM on October 29, 2020
Welcome, Editors, to the 5th Beta update of Above the Fold!

This update has a huge improvement for new players - we have Beginner Tips! It's not a traditional tutorial that holds your hand, but 18 contextual tips to point and guide you - every decision is still yours to make, though. Even if you have been playing for a while, these tips may answer some of your lingering questions.

You can toggle the Beginner Tips on/off when starting a new game, or at any time via the options menu (Esc key), or using the F2 shortcut. 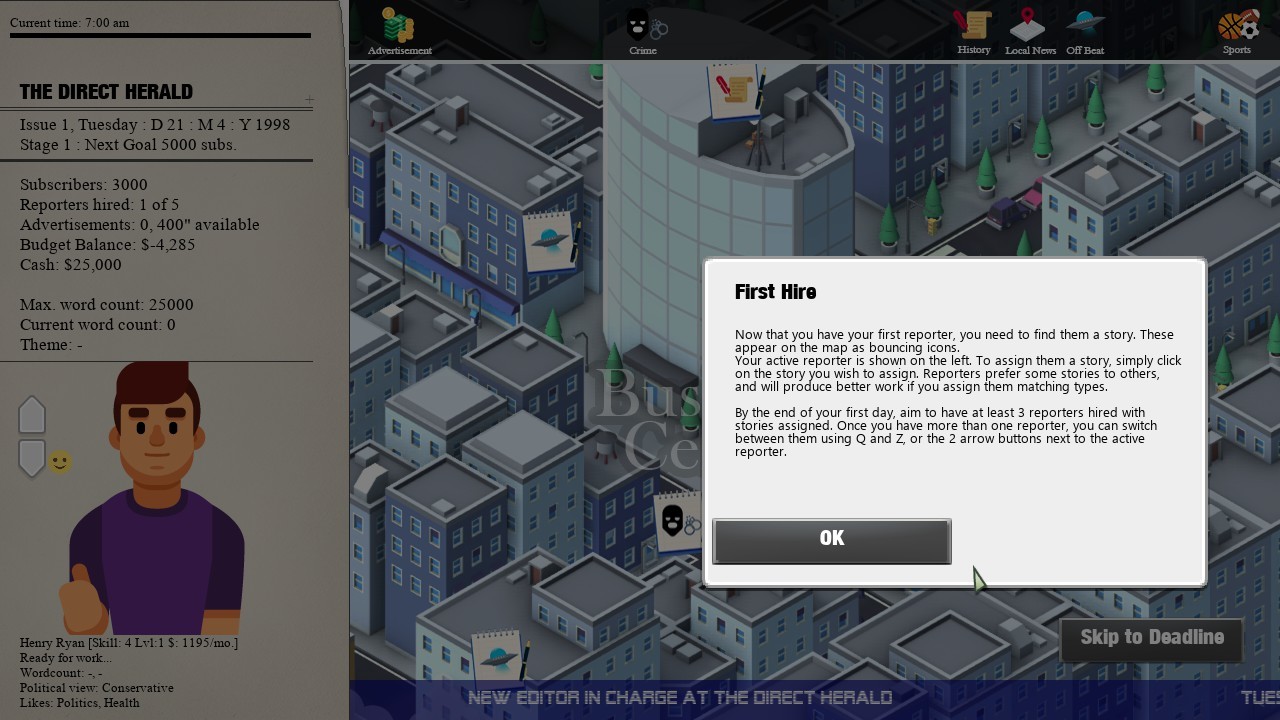 Speaking of decisions, this update also comes with 4 new story lines (20 new in-game events). Story lines are linked events, where your decisions carry over and result in 1 of 3 possible endings. This brings us to 20 story lines, and 100 story events added so far, with more coming in every update.

Besides these additions, we have some quality of life improvements. A new green/red flag icon now appears next to the active reporter. Previously, these were shown only on the story info-cards. The flags indicate whether a given story may affect the reputation and credibility of your newspaper. Green (pointing right) is positive, red (pointing left) is negative. 125 new headline elements, and 7 in-game celebs have also been added, for greater variation in the generated stories.

All of this, various bug fixes, and more, await you in Beta 5 of Above the Fold. As always, there is a chance older save games will be incompatible with the new update. This is especially true for saved games that go back several patches. 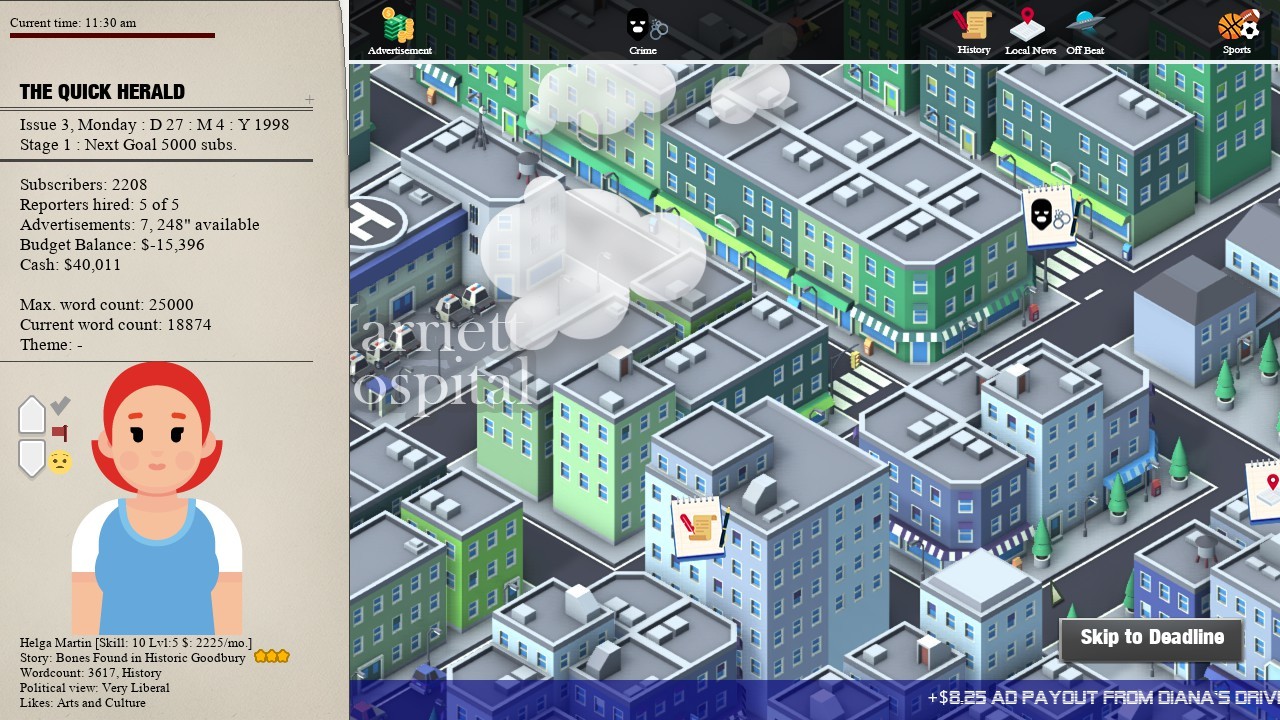