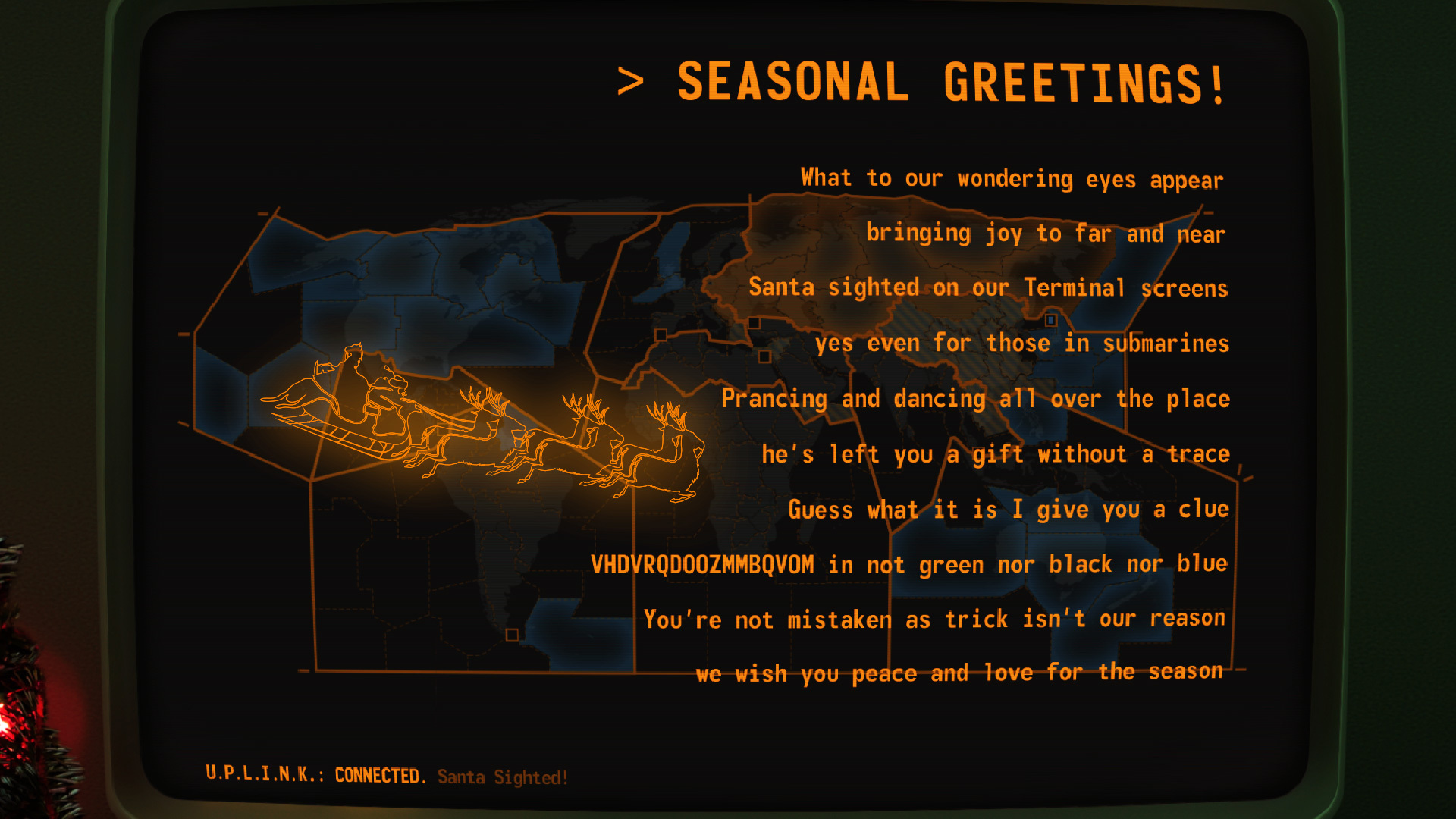 In the season's spirit, we send you our sincerest appreciation for the support you have awarded us with brand new content. Ho ho ho!

MIRVIN BACKGROUND STORY
It was all smoke and mirrors. They knew, now access the background of MIRVIN from the Main menu and find out how it all began. And what about the Soviets? Well... He might not reveal it all in the first conversation, but try a second time and you might find him more inclined.

Find secret codes hidden all over the game, and in this message, decrypt them with the key and the FALCON PAWNCH decoder and unlock game elements, and more.

GRAND CAMPAIGN: THE BIG PICTURE
If you’ve never played Terminal Conflict before, or you would like to learn more about how to use your terminal, this is where you should start. Discover new policies, decisions, and Cold War archive material, then duel to expand your sphere of influence over the globe.

With the in-game Encyclopedia further enhanced, explore buttons and functions in your terminal. When in doubt, contact MIRVIN by pressing the "i" button in-game! He can explain all the details about the game.

We have been busy with lots this last year and especially we wanted to highlight these five things:
With all the magnificent content rolled out this year and our weekly Terminal Thursday live streams, our growing community passed 1500+ players. A remarkable year for our team, and we couldn’t have done it without you. We wish you all the best for the season!

Enjoy your festive holidays and we will see you back here on January 5th just in time for the first Terminal Thursday in 2022!