お知らせ _
Celebrating Lunar New Year 2022
投稿者: GFK @ 04:38PM on January 27, 2022
Happy Lunar New Year, as we exit the year of the ox and enter the year of the tiger, this would be a great chance to talk a little about Chinese pandas and the role they played in diplomacy during the Cold War. First, let us start off with some less furry topics!

What would a holiday be without a Steam Sale, and what would a community announcement be without a notice of a discount? Starting today January 27th at 10 AM PST and going on till February 3rd, you can get Terminal Conflict and all the DLC for 30% off. This is an excellent deal, especially if you want to buy a copy for your friend so you can show him who’s who on the grand geopolitical stage. Don’t have the fantastic Eyes Only DLC? Then this is the best time to get it.

Remember in a multiplayer game only one person has to have the DLC for it to be available to both players!

Here is a little tip, don’t tell anyone. Usually if there is a bundle deal, there is a discount beforehand and then you get the other discount for the sale. So look at the bundles as you can get some super savings this way.

Cold War Changes
After the communist party won at took control in China in 1949, America took on the policy of isolation and backed Taiwan as the then only legitimate government of China. The Korean war, of course, brought communist China into conflict with the US as the People Republic backed North Korea during the war. Communist China was also refused a seat at the U.N. during this time. As time passed, come 1969, it was not the US but the USSR and communist China that ended up essentially in open warfare on the Ussuri River. There were discussions about what would happen if the Soviets used nuclear weapons in that conflict and would Nixon come to communist China’s aid? Especially being strongly Anti-Communist.

Nixon on the other hand saw an opening into Asia right at Russia’s back door and famously sent Secretary of State Henry Kissinger to Beijing on a secret meeting with China’s Zhou Enlai to secured an invitation for a visit to the People Republic. 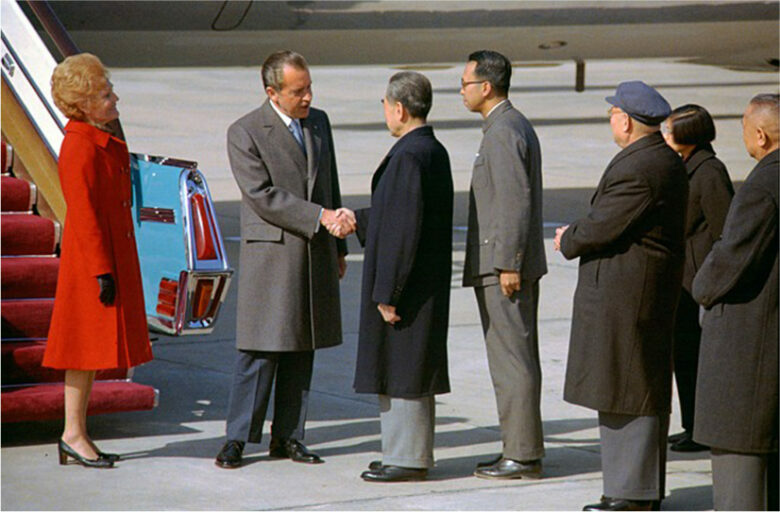 In 1972, president Nixon took an 8 day historic trip as the first U.S. president to step foot in the P.R.C. after 25 years of no communications and no relations. During this trip, Chinese premier Zhou Enlai offered American first lady Patricia Nixon two pandas as a show of friendship. This trip was one of the most important diplomatic meetings of the cold war and a complete reversal of policy by the United States and Nixon. How devastating it must have felt in the halls of the Kremlin?

“Ling-ling” and “Xing-xing” became possibly the two most famous pandas in the world. During their stay at the U.S. National Zoo in Washington, DC, they were a major attraction, being seen by millions of people a year. They certainly lived up to opening relationships with opposing ideologies and being a symbol of peace. A lesson perhaps also echoing into our troubled times. 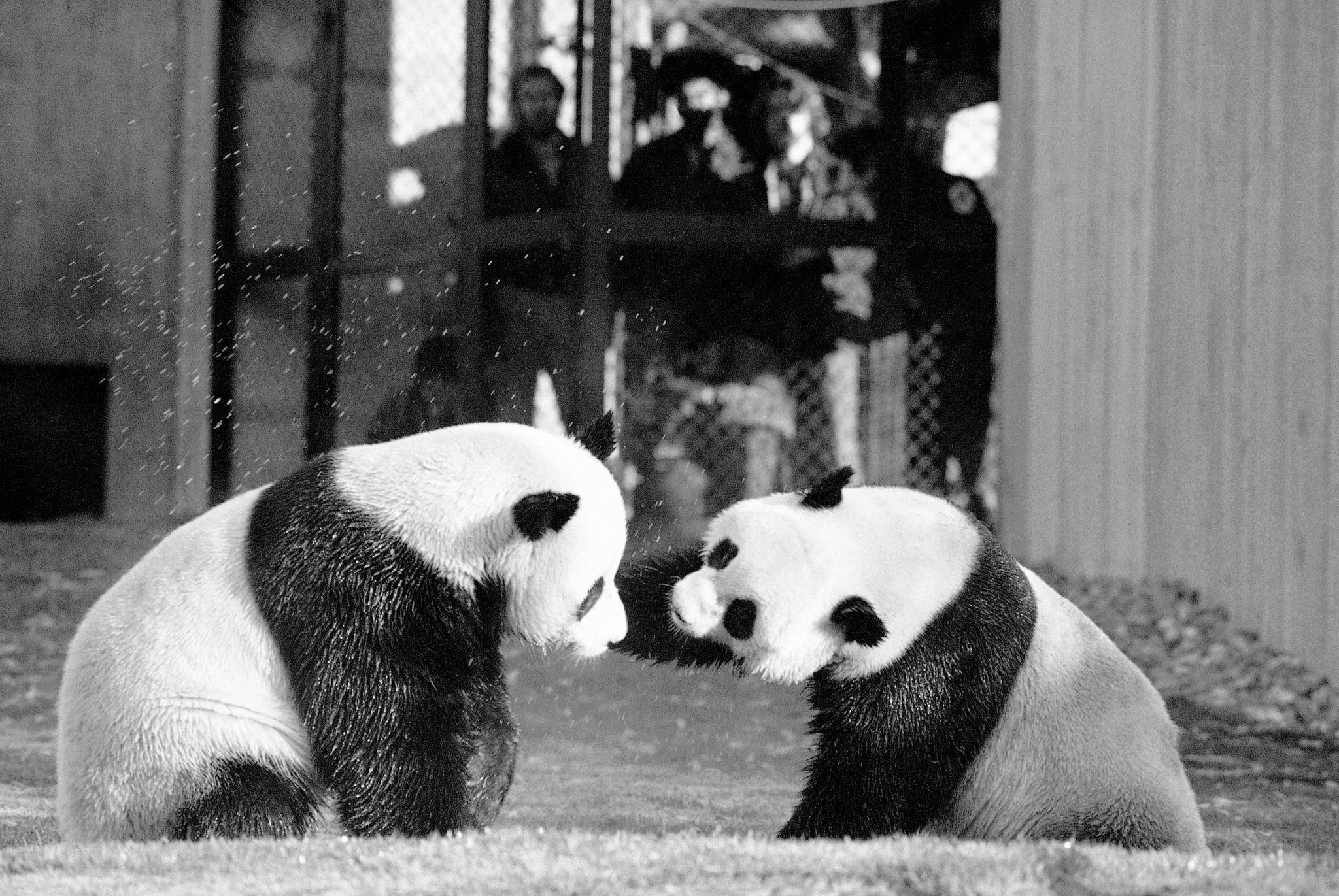 No Pandas in the War Room
It is said that the year of the Tiger will bring rewards to people who are vigorous and ambitious, daring and courageous, enthusiastic and generous, self-confident with a sense of justice and a commitment to help others for the greater good. For strategies in how to handle the Chinese Civil war, be vigorous in deploying your forces both as the United States and the USSR. You never know when an opening might present itself. In particular as this update introduces the possibility to now also favor the historical character, General Lin Biao. A man full of surprises. 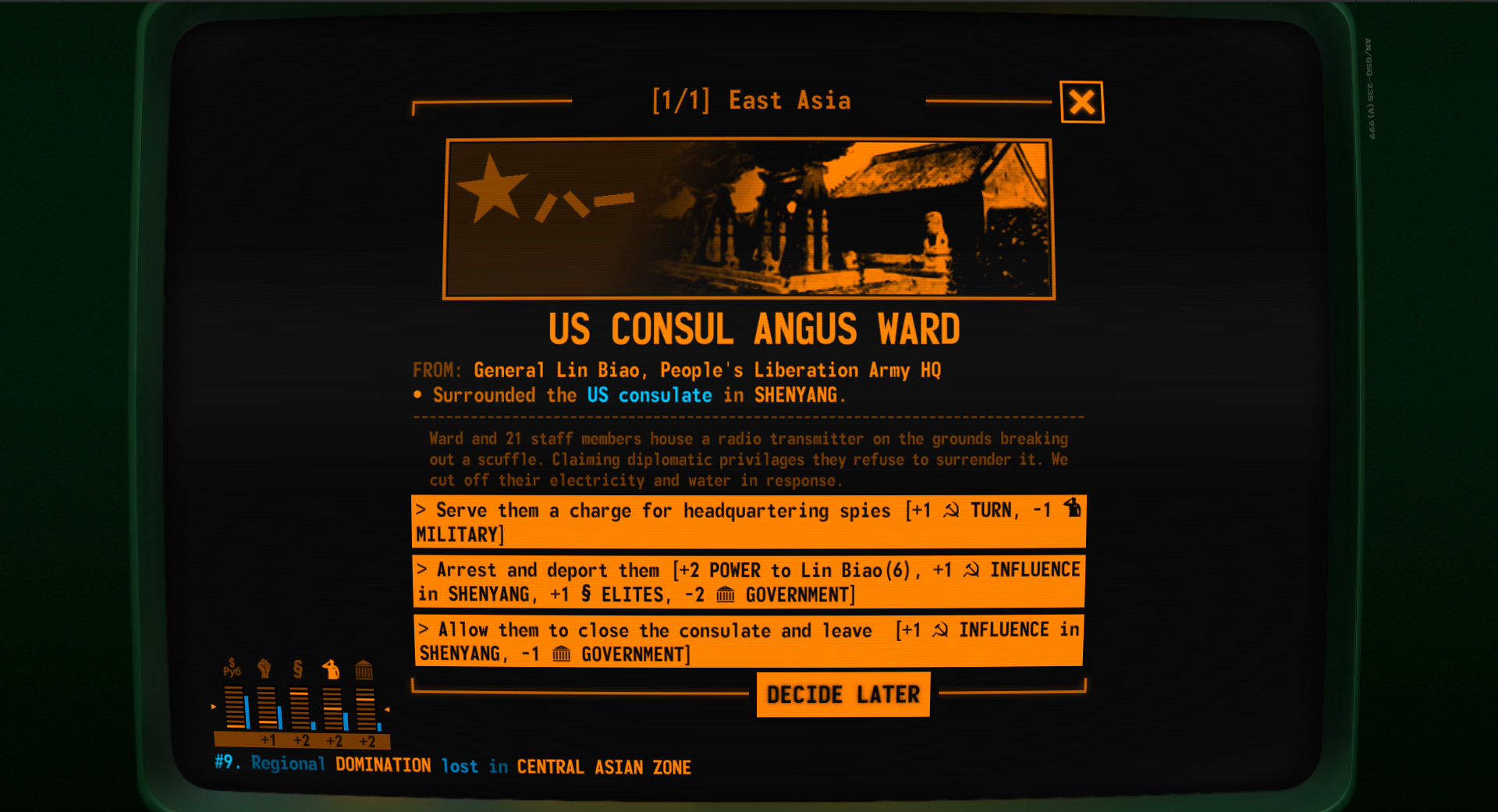 I really hoped you enjoyed this piece. I wanted to do something relating to China and luck and such and tie it into the cold war and this seemed absolutely perfect.

For information regarding panda conservation efforts please visit this link.[wwf.panda.org]

Let me know in the comments below what you thought and what goodies you got in the Lunar New Year’s Sale. Give us a thumbs up if you enjoyed it and come to our discord and chat with the team.

Don’t forget that you can play with the Terminal Development Conflict team on Terminal Thursdays every week.

Seth signing off, wishing you an amazing Year of the Tiger.
As we say… Mighty Cheers!