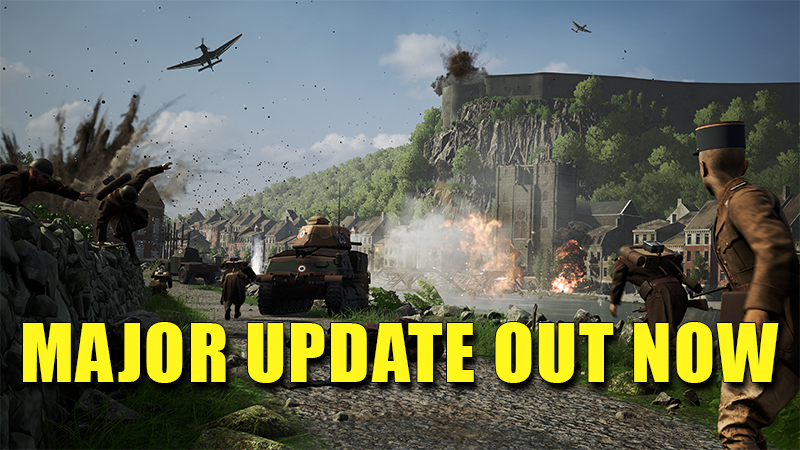 Operation “Plan Jaune” has started and it will take you to the fields of France and Belgium in 1940. Choose to fight for the French Army or Wehrmacht (1940 version) across 2 new maps (Stonne and Dinant) and another one coming later, as well as multiple new vehicles and weapons. 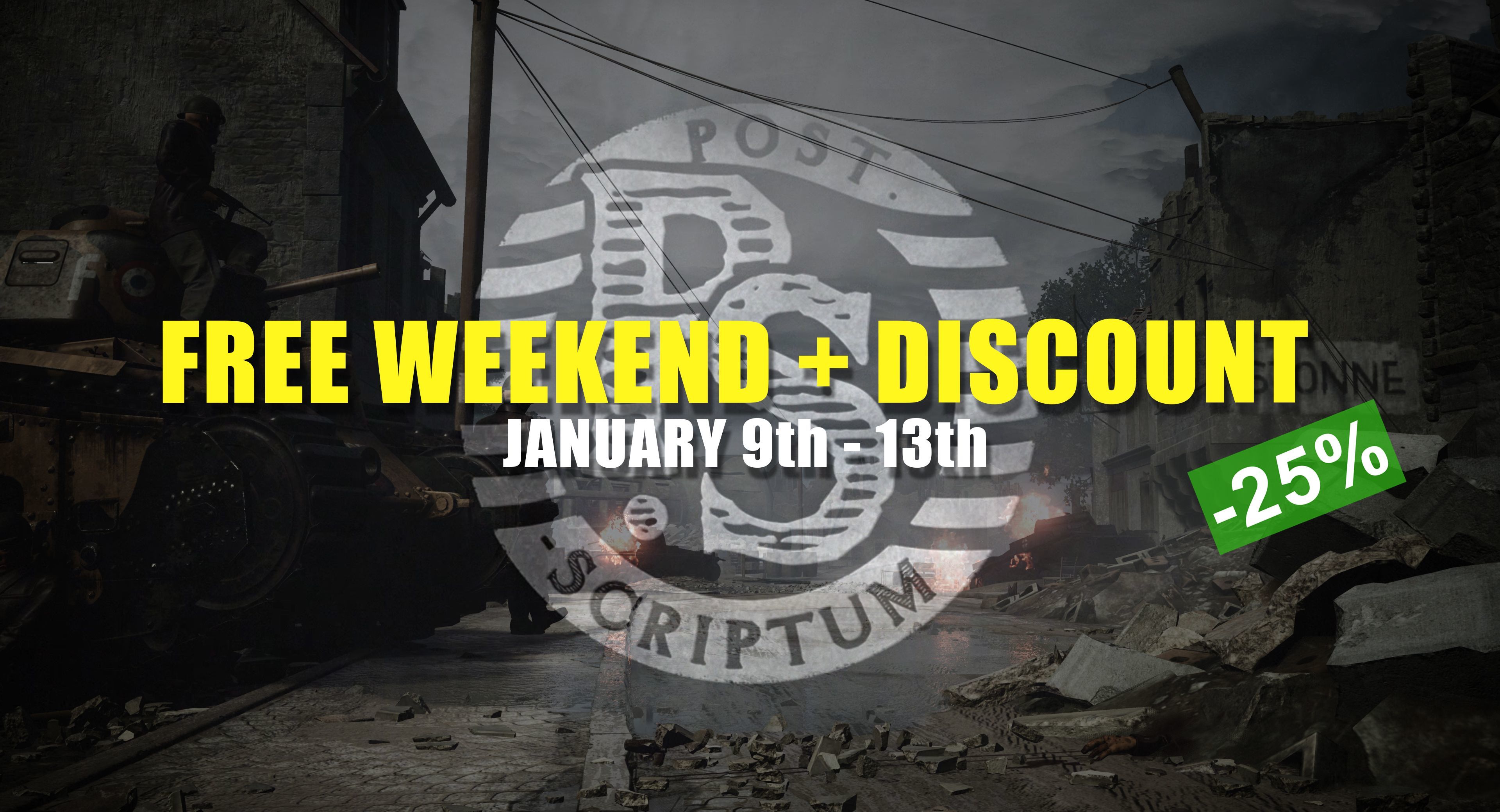 Invite your friends for the Free Weekend campaign that will run from today until the 12th, as well as a 25% discount to the game until the 13th. The Free Weekend and Sale will start at 7 PM GMT | 8 PM CET | 10 AM PST | 1 PM PST 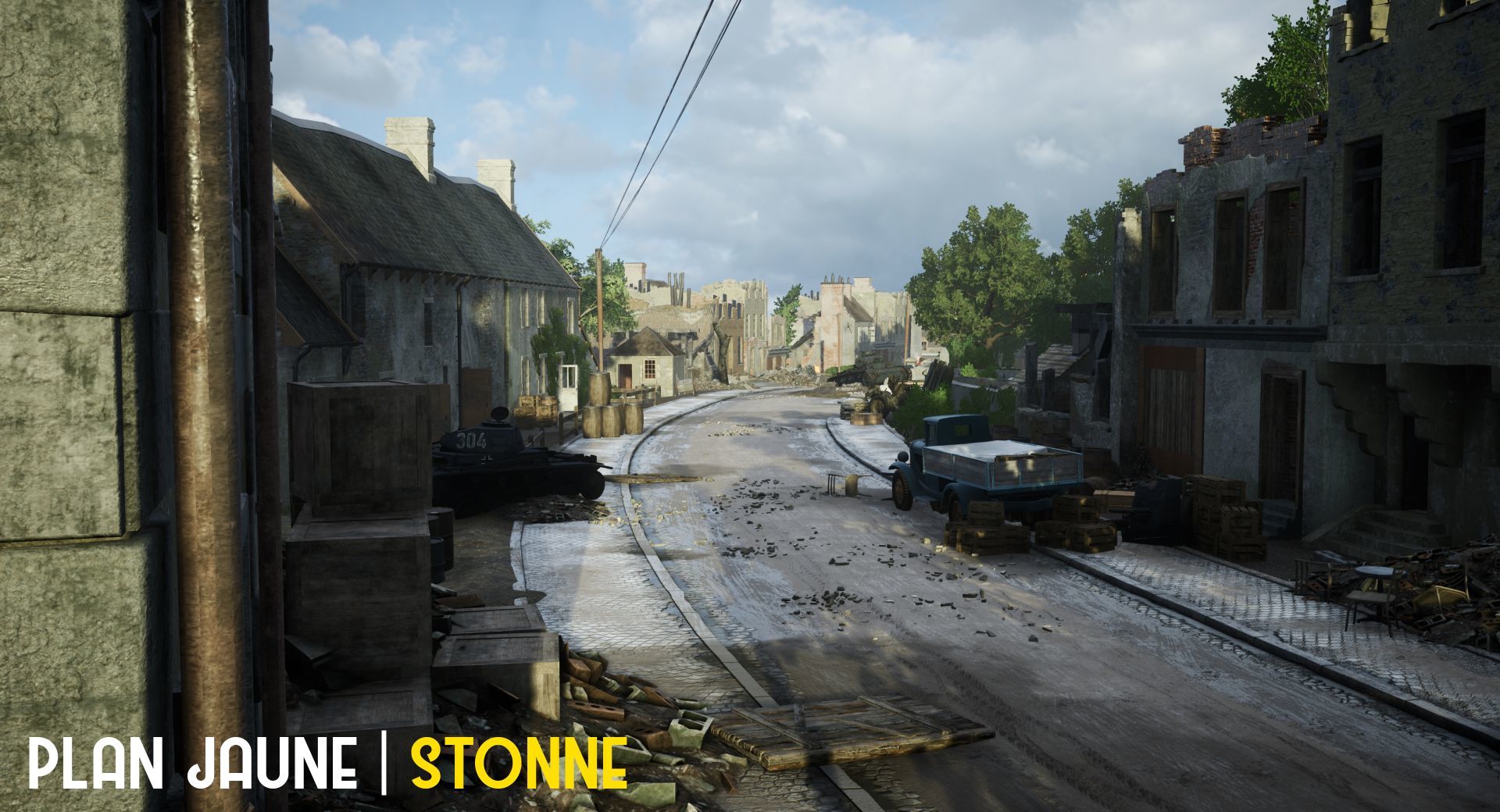 The village of Stonne became infamously known by how dangerous the French Char B1 tank was in combat. One man made a name for himself, Capt. Pierre Billotte who commanded the thickly armoured “Eure” tank which sustained several attacks of the German offensive during May of 1940. The tank destroyed 13 German tanks of the Panzer III and IV variant as well as taking over 140 hits from German tanks and anti-tank guns and surviving the battle. The town itself exchanged hands between the French and Germans seventeen times during the two days of struggle for control of the city. 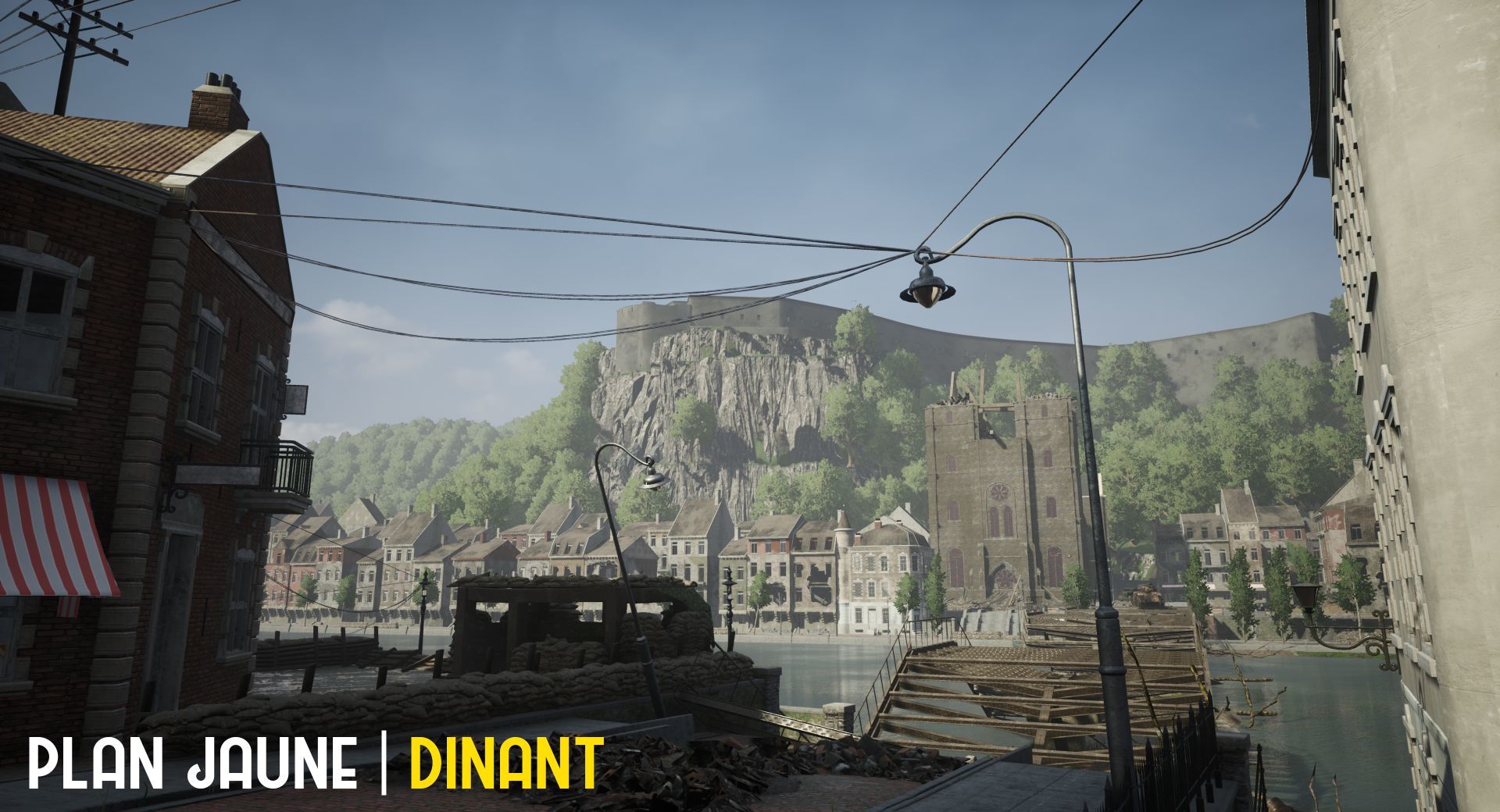 The city of Dinant is located north of the Ardennes forest in Belgium and took part in the fighting to defend Belgium and stop the German advance across the river Meuse. The city saw considerable combat between the French and Belgium forces against the German Panzer divisions including Rommel's 7th Panzer "Ghost Division" as they would be nicknamed. After the battle, Dinant itself lay in ruins and was a shell of its former self. This is represented in-game by how destroyed the city looks.

If you’d like to recap on all of the content, such as factions, vehicles and weapons, just click on both the Stonne or Dinant devblogs below:

With Chapter 2 only a few days away from it's January 9th release day, we want to give you some promised information about the First Look event happening tomorrow January 8th. 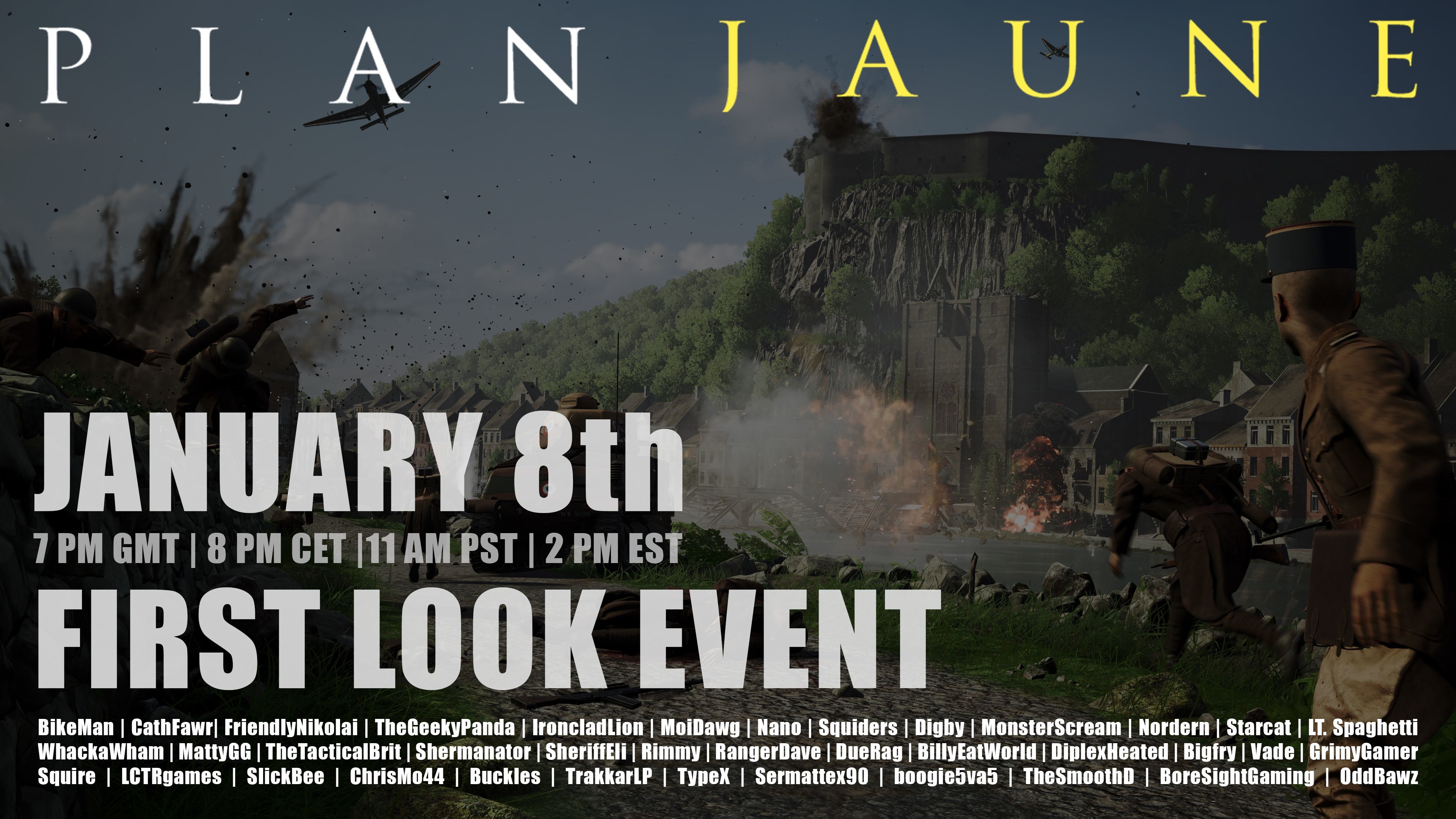 We have invited some amazing creators who are excited to try out the new update just like the rest of you! Most of them will be streaming the event live from our developer server and they'll be giving away keys for Post Scriptum, so we highly encourage you all to check them out!

We will also be streaming live from our official twitch https://www.twitch.tv/postscriptumofficial 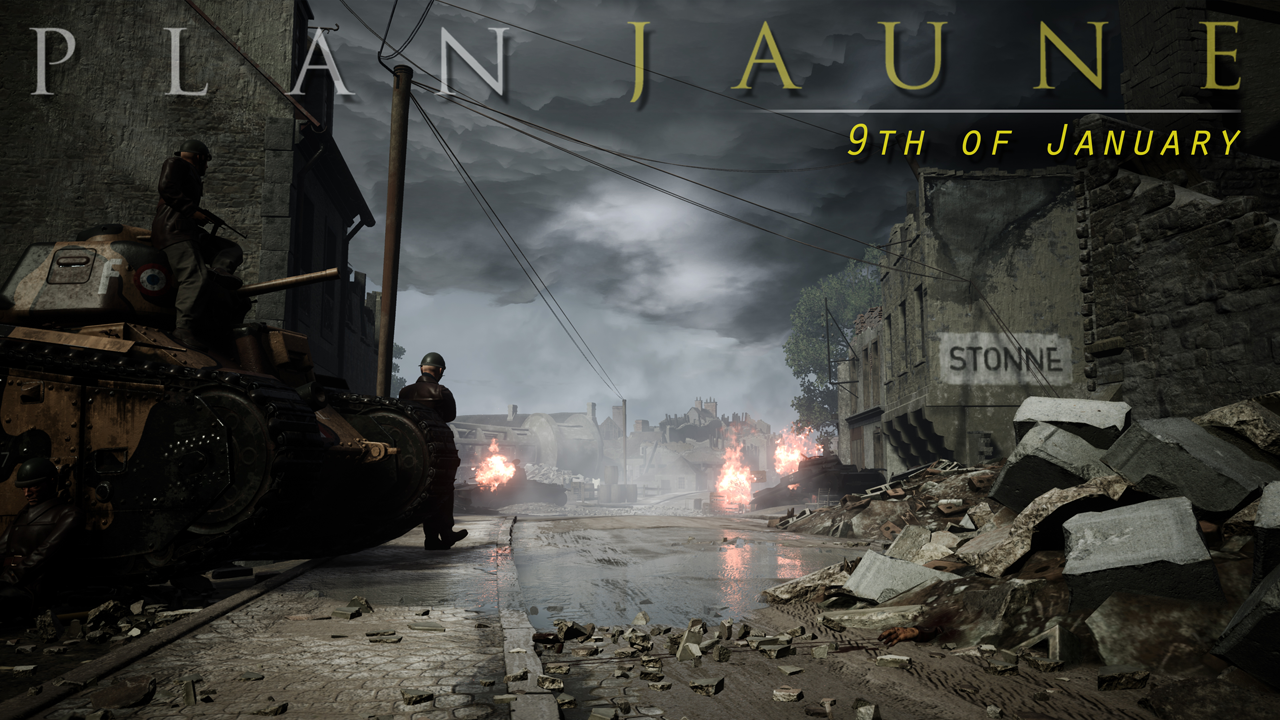 2020 is already off to a great start with the Plan Jaune release on the 9th of January. From that day until the 13th there will be a Free Weekend with a 25% discount. Invite your friends and spread the word!

On the 8th of January at 8 PM GMT there will be a first look event for content creators. SheriffEli, Shermanator, Squire, Bikeman, DiplexHeated, Nano, Rimmy, Digby, FriendlyNikolai and many others will make an appearance. We will release the full list of confirmed guests 1 day prior, on the 7th. Stay tuned!

See you very soon on the frontlines of Belgium and France! 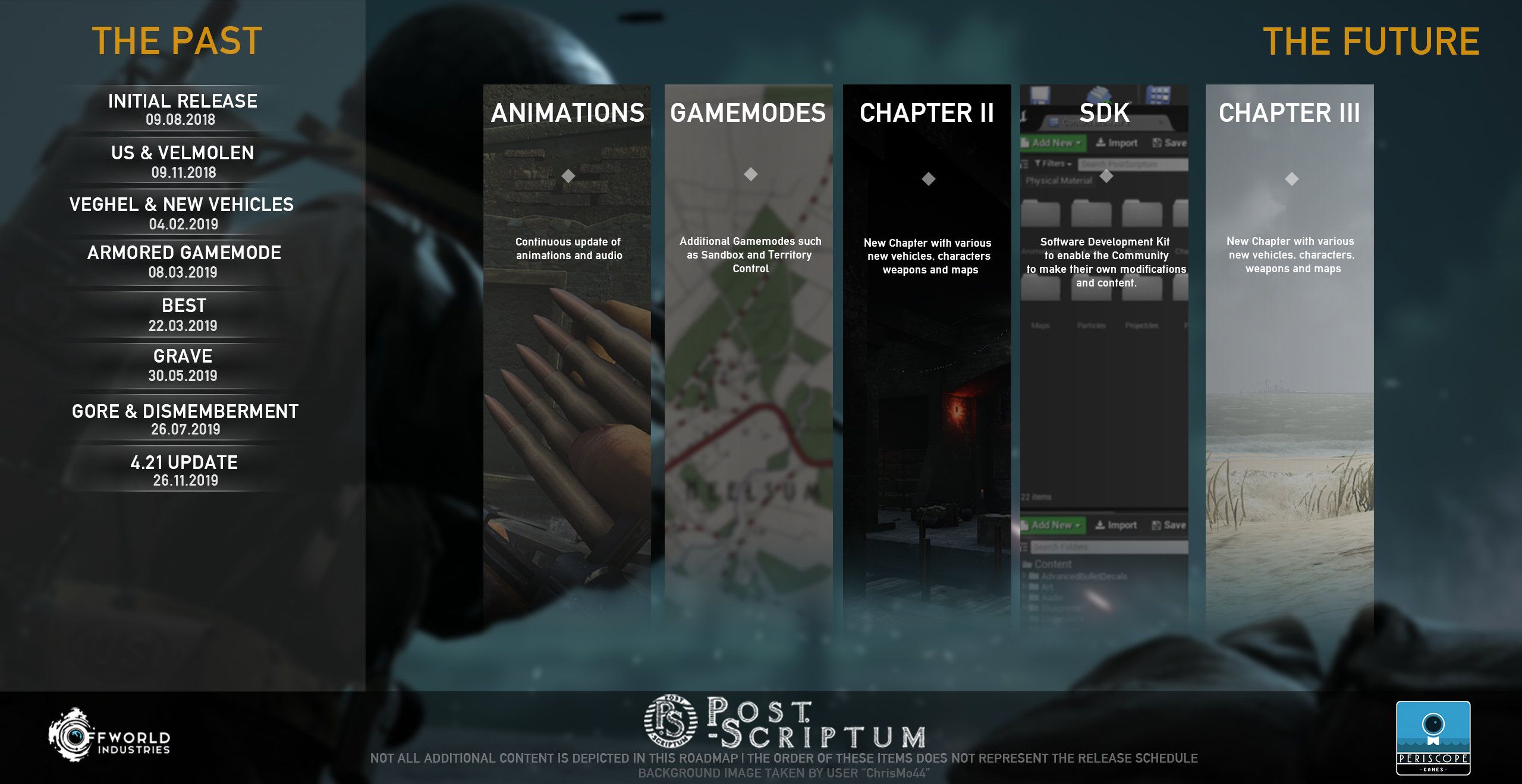 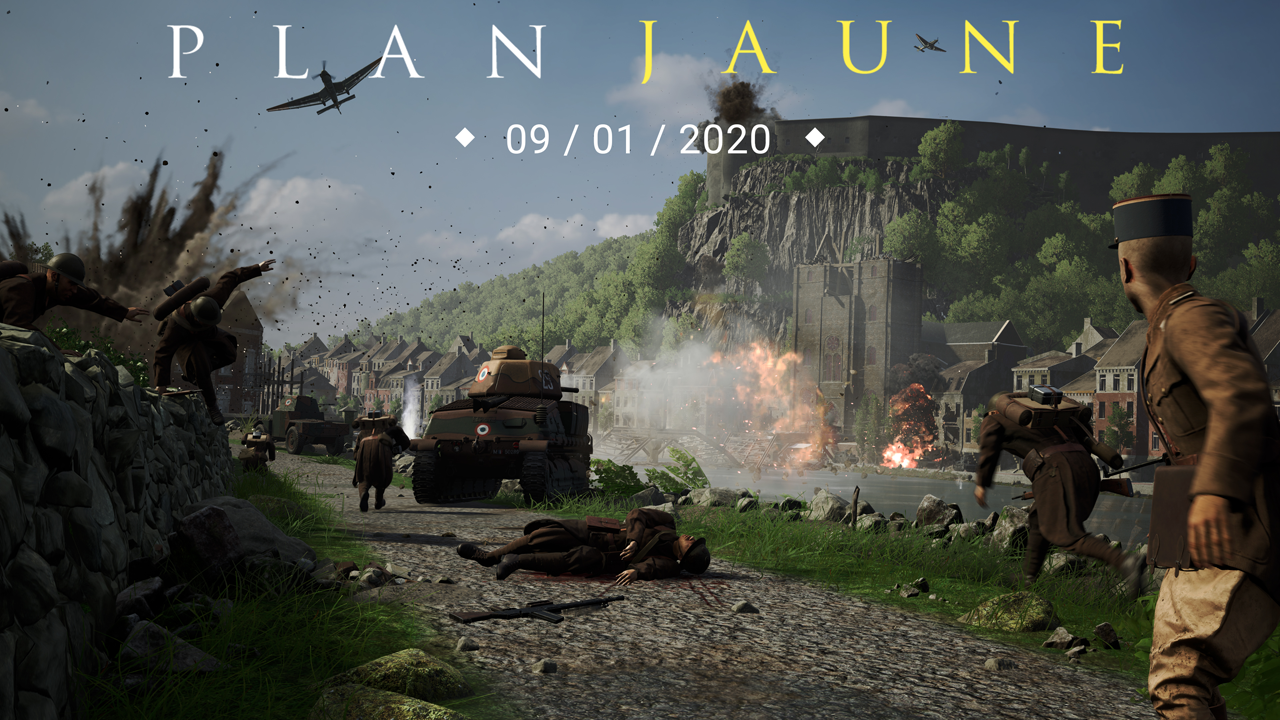 Thanks to our community of testers we have extensively tuned Plan Jaune and have set a release date of this free expansion on the 9th of January with a Free Weekend and a 25% discount.

Post Scriptum’s recreation of Plan Jaune (also known as “Fall Gelb”), will include the French Army and Wehrmacht (1940 version), 2 new maps (Stonne and Dinant) and another one coming later, as well as multiple new vehicles and weapons.

We decided to add something extra new and have prepared a little snippet gift for the end of this year directly from the eyes of our team of testers.

If you’d like to see more gameplay before the release date on the 9th of January, we have prepared a promotional event one day before (on the 8th of January) with a list of some of your favourite content creators. Stay tuned for its announcement in the following days!

We wish you happy festivities with your closed ones and hope you’re looking forward as we are towards 2020. 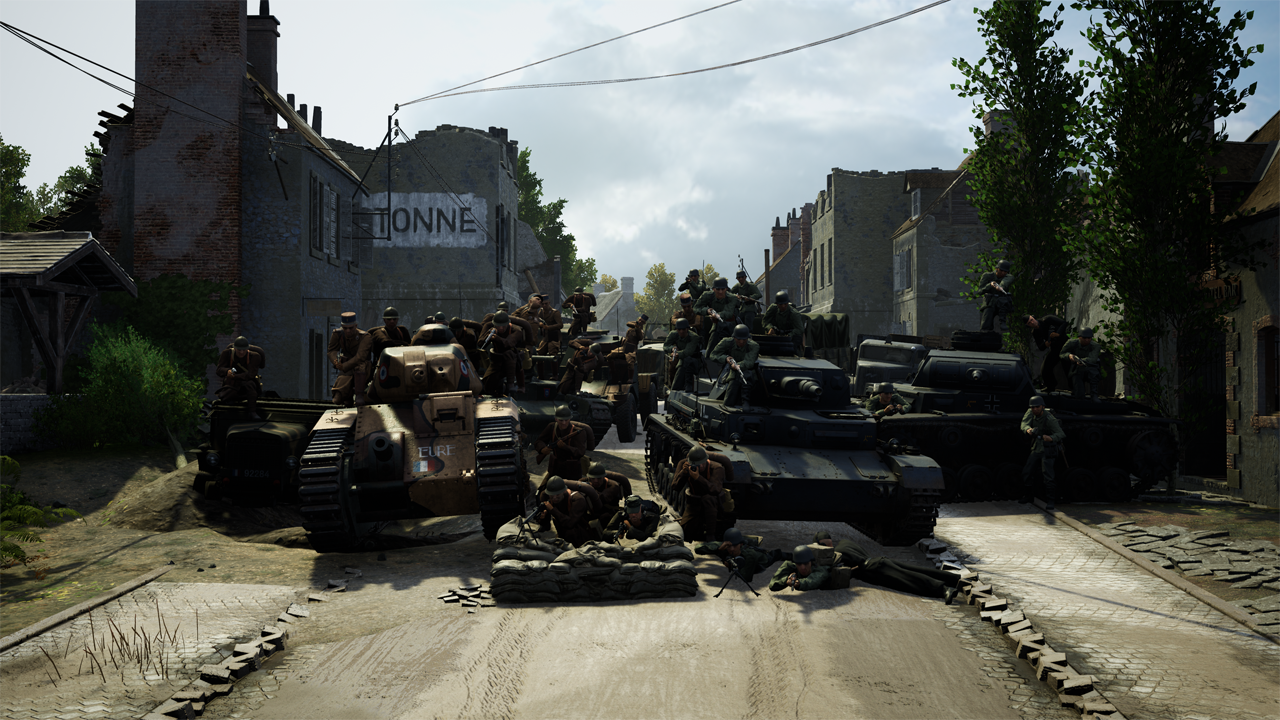 Post Scriptum is 50% off during this Winter Sale campaign! So if you have been waiting to try it or have friends who might be interested, now is the perfect time to grab yourself a copy!

Six months ago, we started the process of updating Post Scriptum to Unreal Engine 4.21 from the current 4.16 version. This update brings a lot of noticeable improvements to both the client and the server.

Roadmap
Now that 4.21 Major Update has been released, check our newly updated roadmap of all the goodies that are yet to come in the (very) near future.

(If the image is too small you can always find the most up to date roadmap on our website)
http://postscriptumgame.com/roadmap/