Not only was it great to see everyone play the demo, but we were thrilled by the reaction, attention, and also the feedback that we received!

The MIX
Earlier in the week, we heard some great news. Raji: An Ancient Epic was one of the winners of the first MIX Choice "Best of The MIX" Award during our live showcase!

In the words of The MIX:

Originally posted by Mix:
The craftsmanship of Raji really stood out to us and the online audience of The MIX Live Showcase. 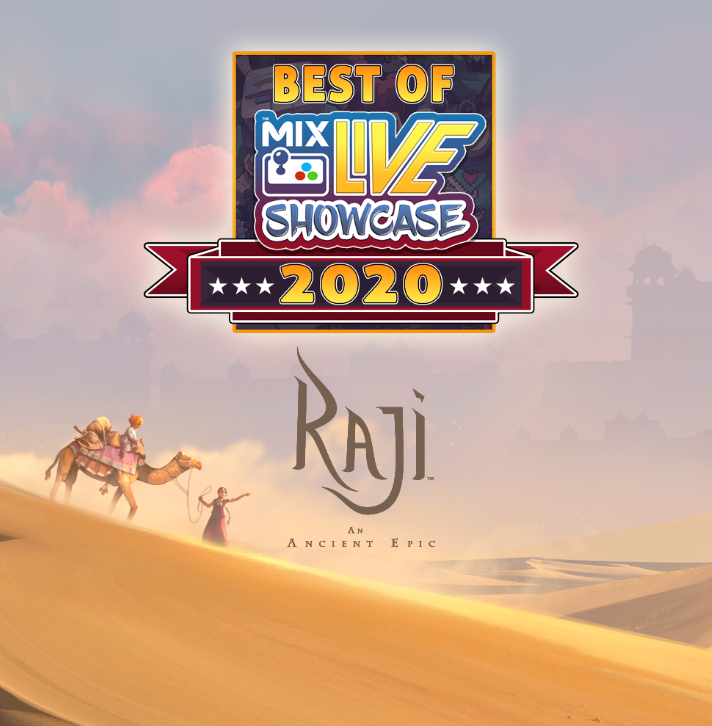 It really is a fantastic feeling to be one of the winners and we'd like to extend our congratulations to the other winners as well.

If you're curious to know who the other winners are, check this Facebook post[www.facebook.com] by The MIX!

See all 3 comments
Play our new demo with the Steam Game Festival!
Mar 18 @ 10:09am - Darkfall
Have you wanted to play a much more up-to-date version Raji: An Ancient Epic? Perhaps you want to see the progress that we’ve made for yourself! Well, this is your chance!

Starting today and until the 23rd of March, Raji: An Ancient Epic will be taking part in the Steam Game Festival and during this time you will be able to play an all-new demo of our game!

What's more, this demo is completely new. Unlike the old demo that was made years ago for our Kickstarter Campaign, this demo is based on the actual game and will let you play through our first level.

However, this demo will only be available to you while the Steam Game Festival is going on, once the event ends, the demo will disappear as well - so don’t miss out on this unique opportunity.

You can get the demo directly on our store page and you can see all the other games in the Steam Spring Game Festival page!

After taking a short break last week - the Raji weekly news blast is back, and wow have we got some great news for you!

During this period, we’ve got a special demo that you will be able to play - not the old Kickstarter demo, but something entirely new, based on the actual game.

This video will show you just how different the game is now, compared to the old Kickstarter demo. The first fight scene shows the old demo, and then we transition to the current game.

A Short report from PAX East
We’re sure that our readers would love to hear just how PAX East went for us, so you’ll be happy to know that it was really quite something special!

As countless people came to play our game, we quickly realised that the feedback was overwhelmingly positive - and we thank each and every one of you for visiting.

Introducing The New Level
So far you've only seen in-game footage taken from the first level of Raji: An Ancient Epic; this changes today!

Let us introduce the opening scene from our second level - The Fort!

See 1 comment
Raji News Blast - Reporting from PAX East
Feb 28 @ 9:00am - Darkfall
PAX East Special
This week’s news blast is a special edition that looks at what’s been going on at PAXEast so far. So sit back, and enjoy.

If you are in Boston, Massachusetts, United States, do consider stopping by! The event started yesterday (27th) and runs until the 1st of March.

Arriving at the venue! 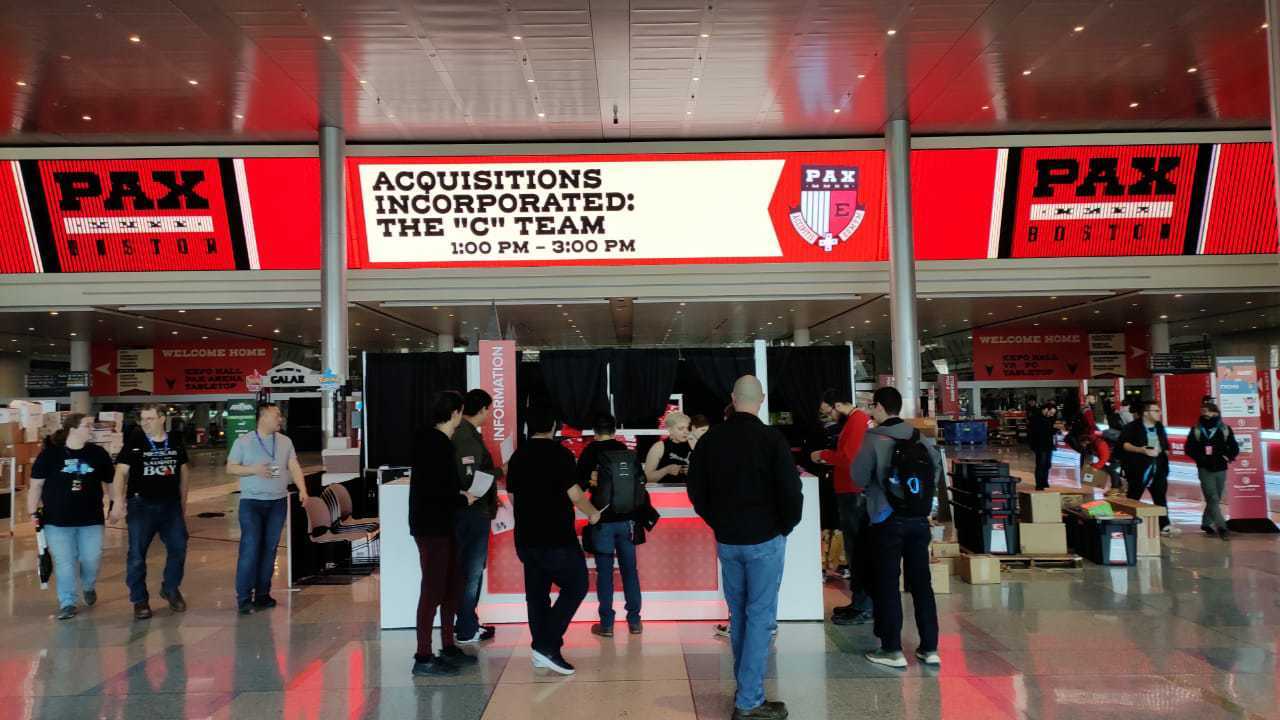 Setting up our booth

Exploring the event before everything is set up is quite an interesting experience! 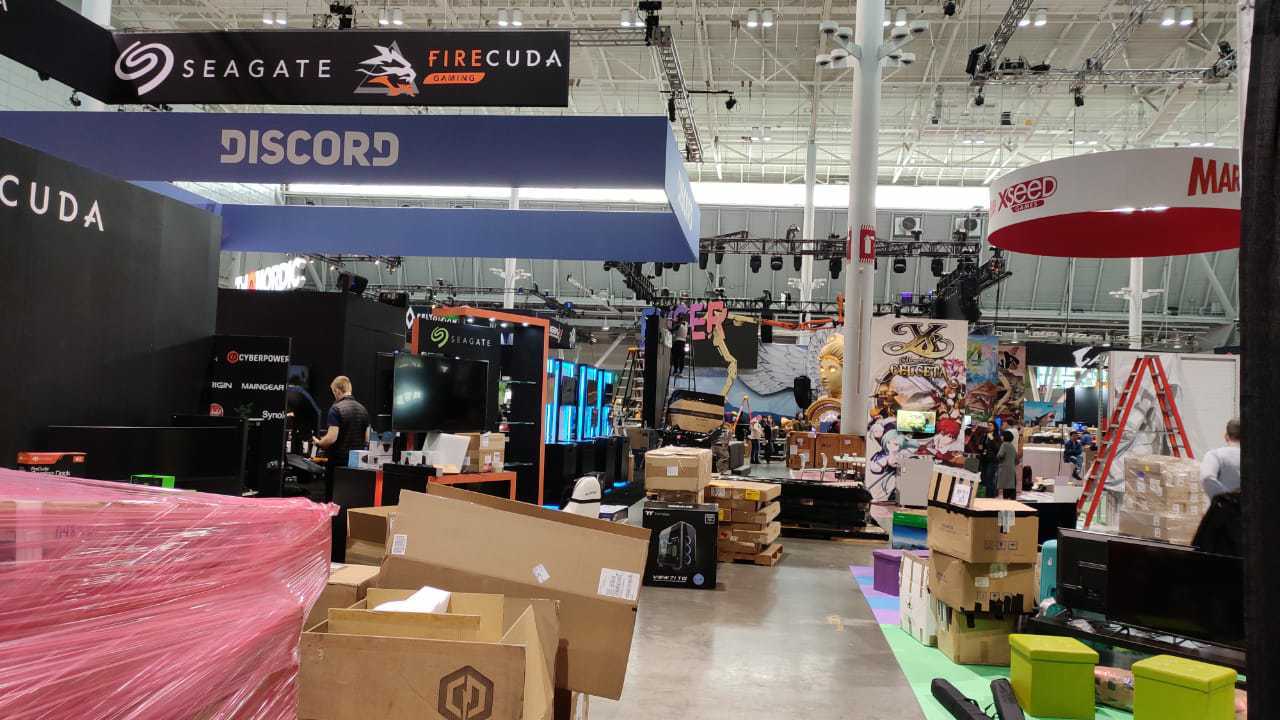 It’s quite an impressive sight!

That’s it for this news blast, we hope that you’re just as excited for the game as we are!

If you want more Raji related news and content, be sure to check out our social media channels:

See all 2 comments
Raji News Blast - Bringing back Eye Candy
Feb 21 @ 4:34am - Darkfall
Eye Candy in Raji!
Our community has always told us how much they like the visuals in Raji: An Ancient Epic, so we took the time to create a few special Eye Candy screenshots!

Charging your Weapon with Elemental Powers
So, we’ve shared quite a few videos of the new elemental powers in the game - but you’ve not yet seen just how Raji can charge her weapon with the elements. Until now that is!

Raji at PAX East
Don’t forget that we will be attending PAX East this year with the Indie Megabooth!
Attending the event will be our two co-founders and co-art directors, Ian Maude and Shruti Ghosh who would love to meet you!

That’s it for this news blast, we hope that you’re just as excited for the game as we are!

If you want more Raji related news and content, be sure to check out our social media channels: