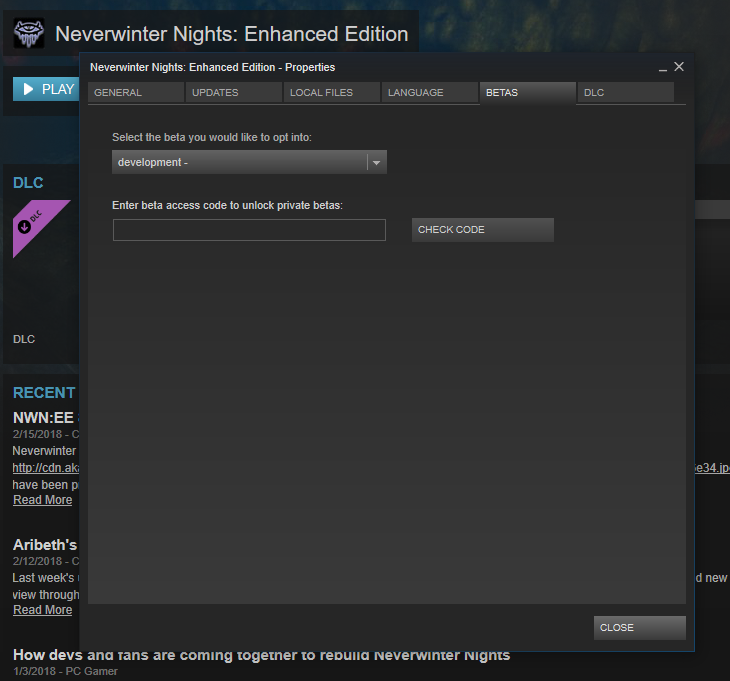 This development branch will remain open beyond the launch of NWN:EE for brave souls to supply feedback on early versions of features and fixes. Access it through the Beta tab after opening the game properties menu.

A full list of Development beta branch patch notes will be published as we release new builds.

Development Beta v8160 Patch Notes
Fixes
Regression Fixes
Features
New script command
// Get if oPlayer is currently connected over a relay (instead of directly). // Returns FALSE for any other object, including OBJECT_INVALID. int GetIsPlayerConnectionRelayed(object oPlayer);

All Head Start owners from Beamdog.com have been provided a Steam key to participate. Join the fun by pre-ordering on Beamdog!

Over the next few weeks, we’d love to hear feedback from Steam players on Friend Lists, Steam Workshop, stability, and about any translation errors.

Don't forget to tune into the weekly Beamdog livestream on Twitch to get the latest Neverwinter Nights: Enhanced Edition news. We'll be live at 10am PT https://www.twitch.tv/beamdog

See all 52 comments
Aribeth's New Look, Steam Workshop, and Beta Early Access
Feb 12, 2018 @ 9:29am - Merro
Last week's update introduced a number of features in preparation for a beta on Steam. It also gave us a first glimpse of the brand new Aribeth character model, now available to view through Steam Workshop. While not final, this model shows the standard for future Neverwinter Nights: Enhanced Edition content. 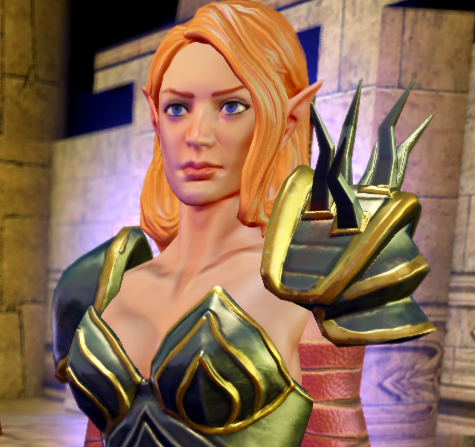 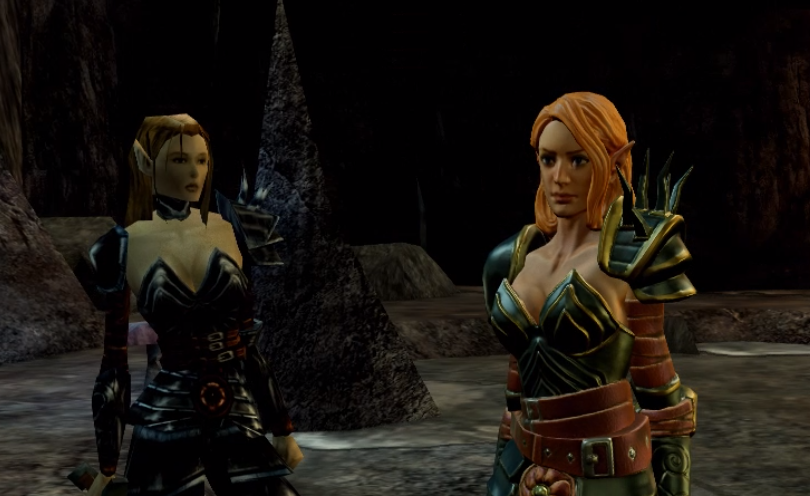 Steam Beta
Steam beta keys will be available this week. Watch for future announcements here and on Beamdog's social channels for more information.

If you can't wait, pop on over to our beta Discord and request a key from BeamdogBetaManager.
https://discord.gg/fRKuujh

Check out the NWN:EE Roadmap --> https://trello.com/b/K0C0i8wF/neverwinter-nights-enhanced-edition

Vote for your favorite features & fixes in the Input board --> https://trello.com/b/Lb79bbgy/neverwinter-nights-input