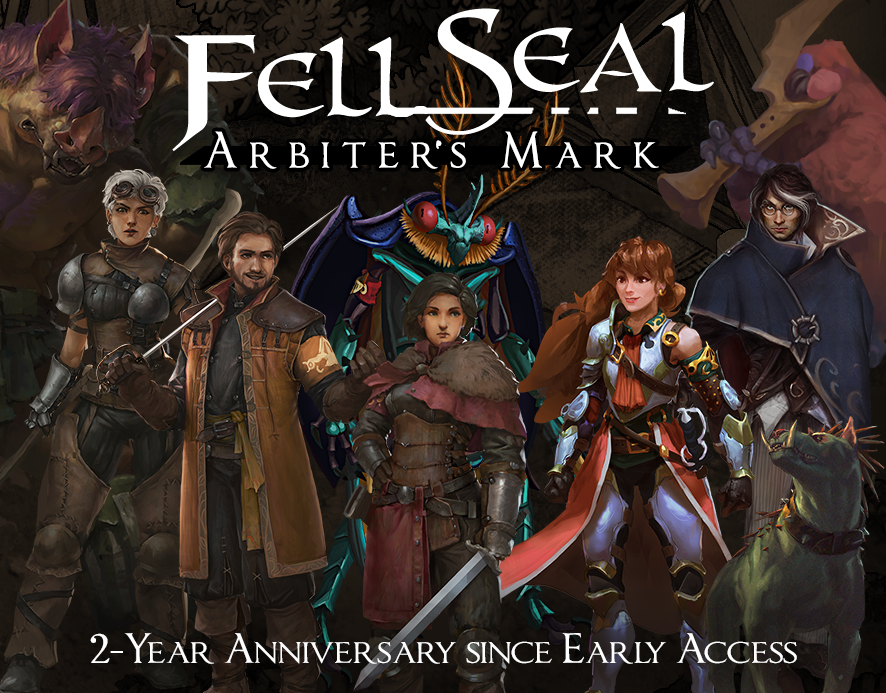 2 Years!
It's been 2 years now since we launched the Early Access for Fell Seal.
Once again, we want to thank everyone for the incredible support and engagement we've received!

You guys have been truly awesome and we're very grateful!

To celebrate, we're releasing a little pack of goodies that will be placed in a "Goodies" folder under the game's files. It contains some character art, portraits and other fun knick-knacks. Give it a look!

DLC Update:
We're still wrapping up testing, but we have a big update to Missions and Monsters lined up. It'll include, amongst other things, 2 brand new monsters, some new missions and various tweaks and updates.