Join us today for a two hour Hell Let Loose Play With The Devs night!

All the details you need can be found here:

See you on the frontline, literally!

This week we're giving you a first look at a brand new map coming in Update 5, as well as sharing all the info you need to take part in tomorrow's 'Play with the Devs' session!

The Next Map - First Look!
A message from Max, Lead Developer on Hell Let Loose.

"We've spoken often about some of the gaming influences that have shaped our approach to the development of Hell Let Loose, but one that deserves more praise is the fantastic Forgotten Hope 2 mod for Battlefield 2.

In homage to the same map from FH2, we wanted to try our hand at recreating the famous Purple Heart Lane."

That's right, Purple Heart Lane will be coming to the game in Update 5!

Below we've got a few images to give you a taste of what's coming, with a more in-depth look coming next week that will include 'those' four bridges! 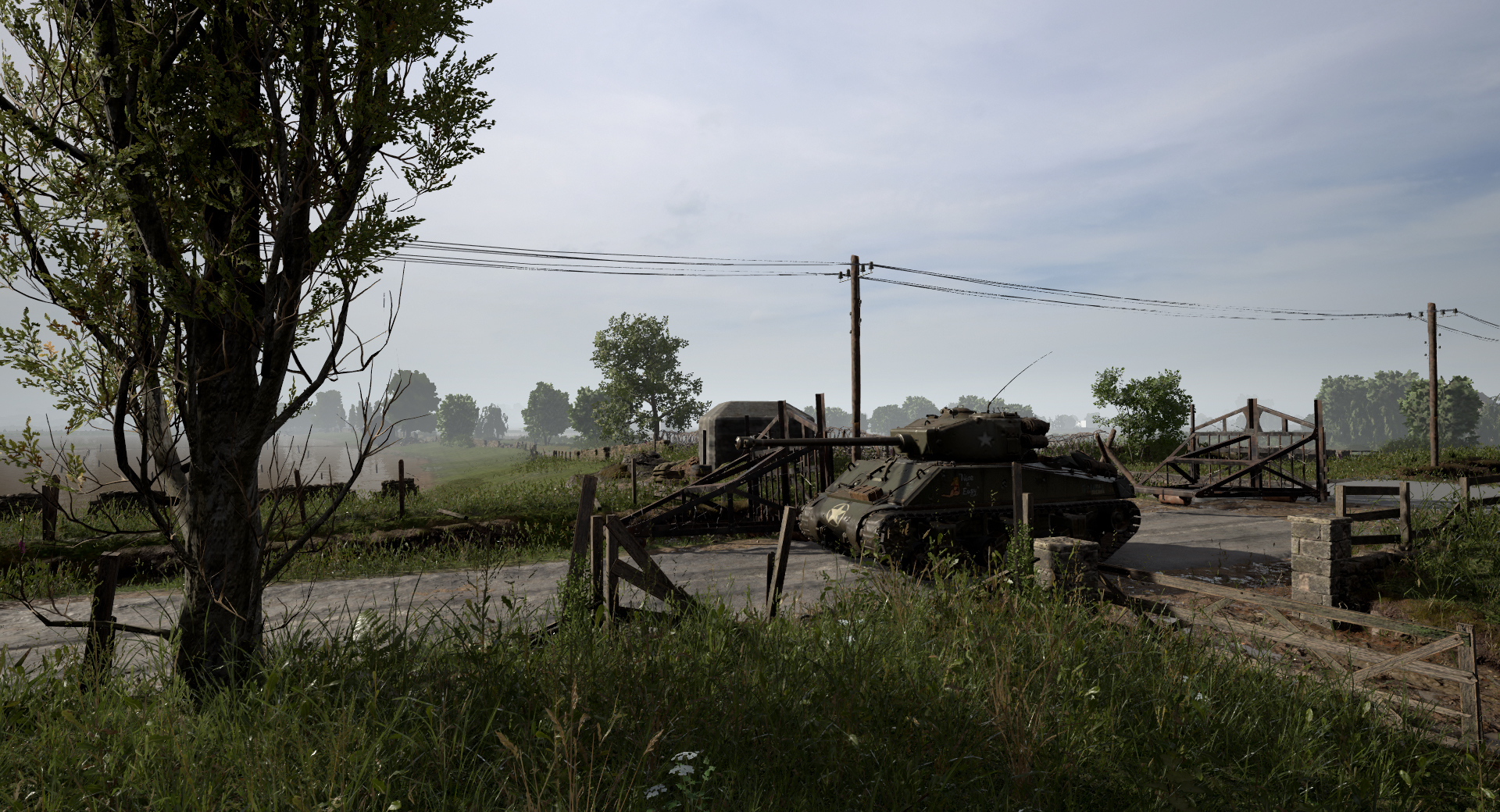 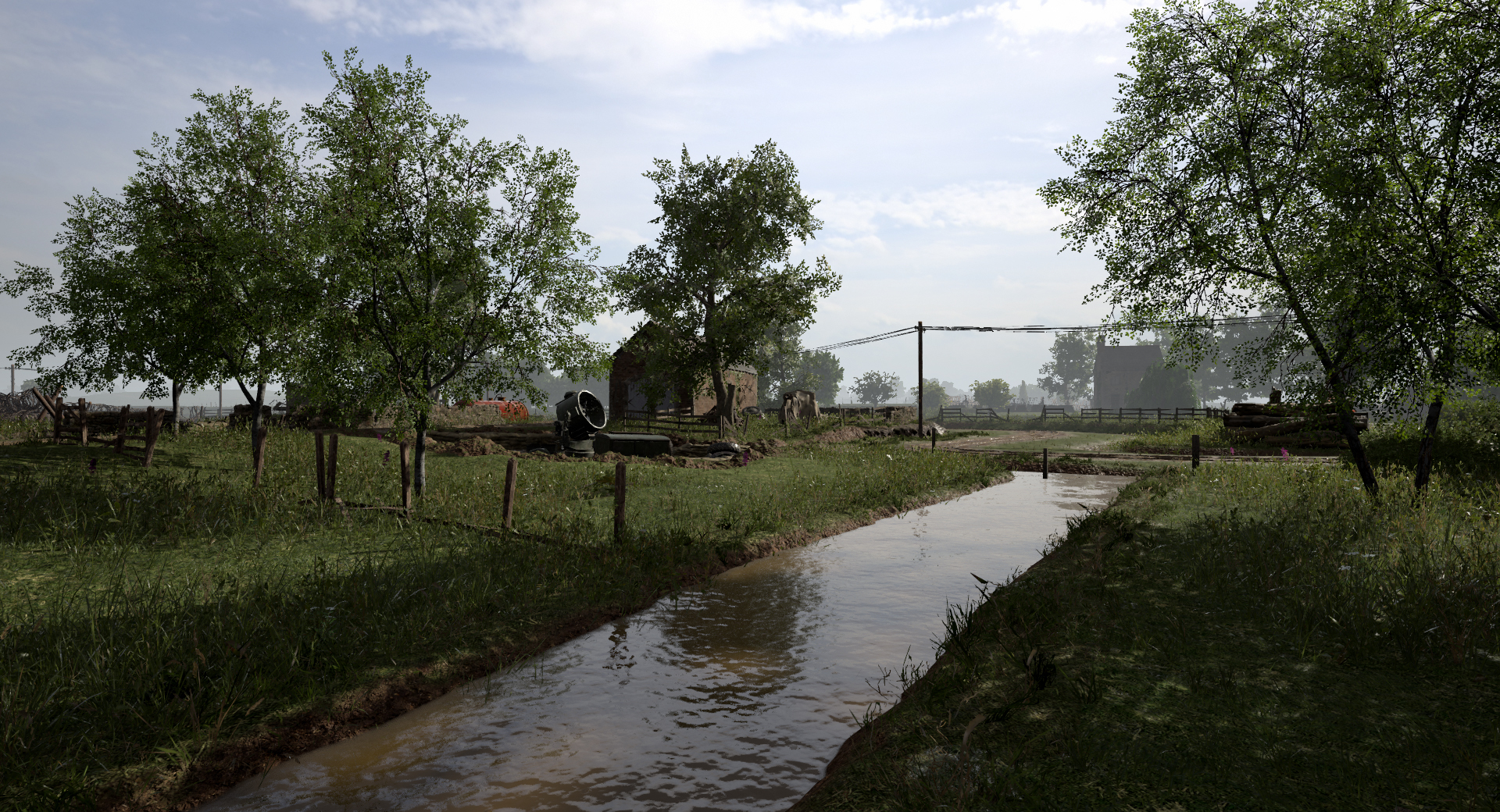 Ready to get your boots wet? 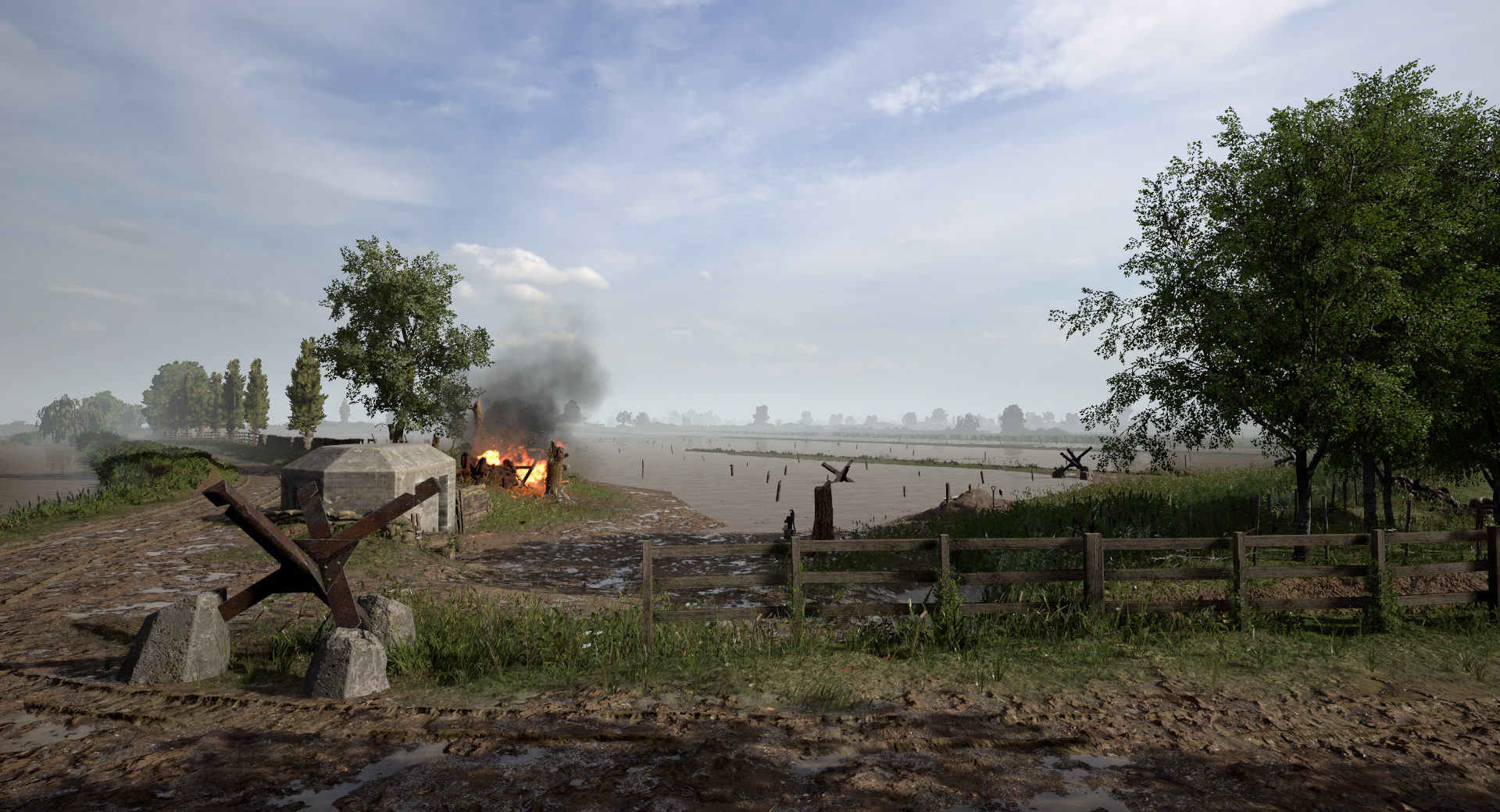 Flooded fields are a good sign that you're closing in on the map's key objectives...


Are you ready to fight at the site of "Cole's Charge"?

Play With The Devs - Friday 17th!
Join us tomorrow for a gameplay session with some of the Black Matter team, including Lead Developer Max!

We'll be jumping onto a European server for two hours to catch-up with as many of you as possible on the frontline.

The aim is to have some fun with you and chat all things Hell Let Loose for a couple of hours.

We'll be doing more events like this in the future. These events will include combined events with established clans and communities, as well as playing on different server regions such as US East / West.

If you'd like to get involved in future events we'd love to hear from you.

This week we're revealing another tank variant, a new uniform for US forces and the date for our 'Play with the Devs night'.

Let's get stuck in!

A Jumbo Combo!
In last week's Developer Briefing we confirmed that the first US heavy tank rolling out would be the 75mm 'Cobra King' Jumbo. 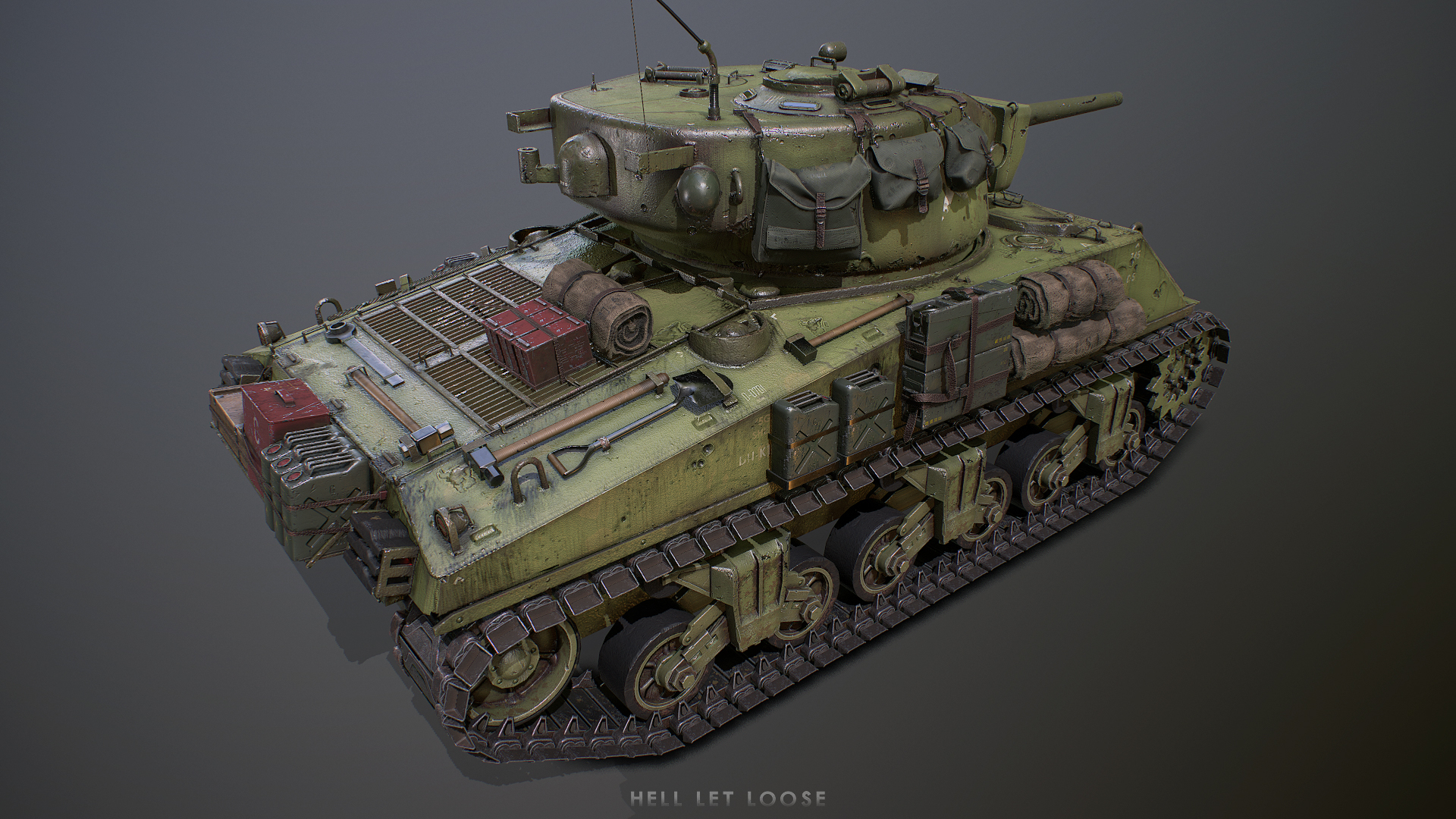 Ain't she a beauty! 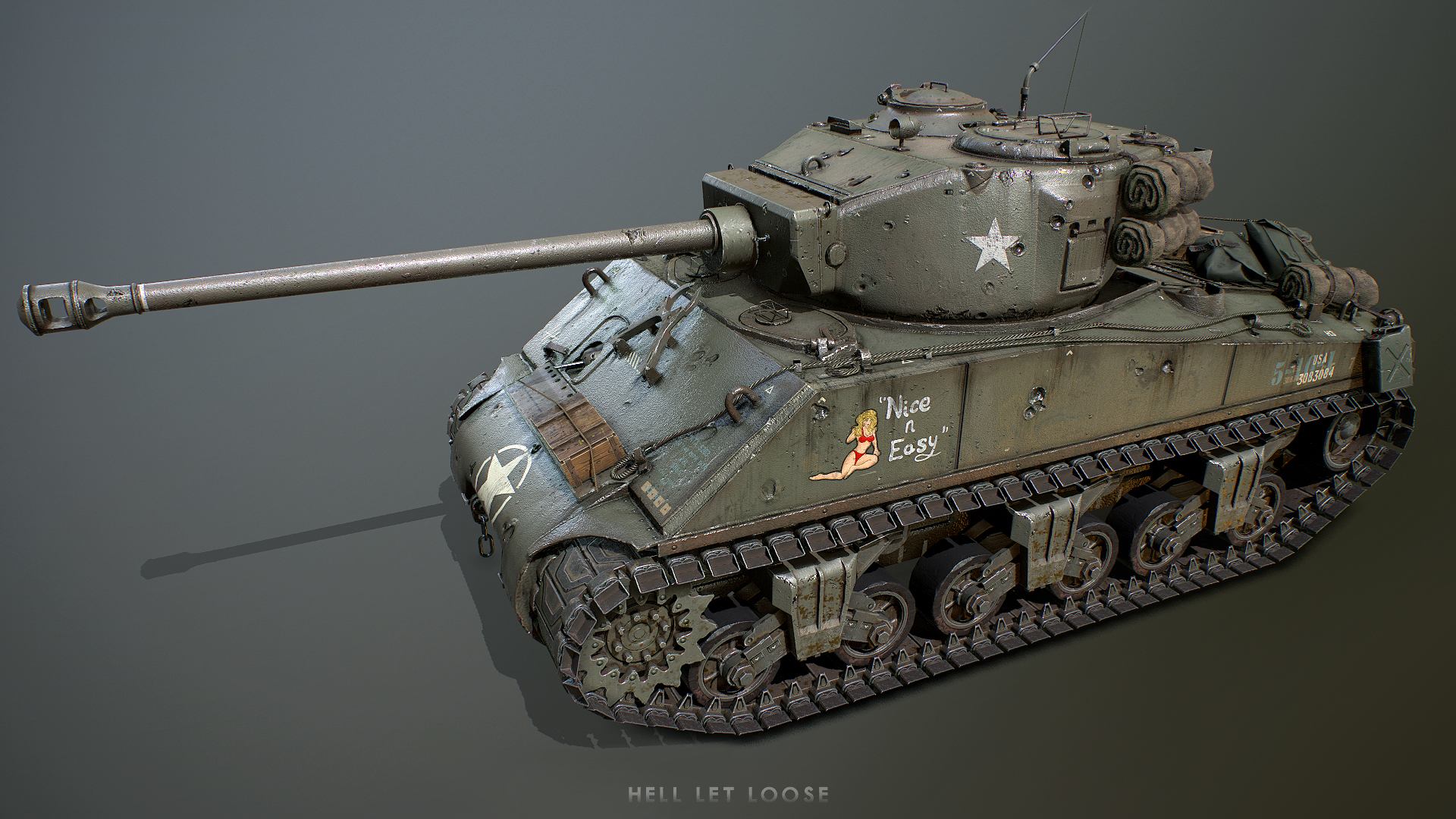 The 76mm 'Nice and Easy' will be fielded as the second variant of the US heavy tank, costing slightly more fuel than the 75mm Cobra King. 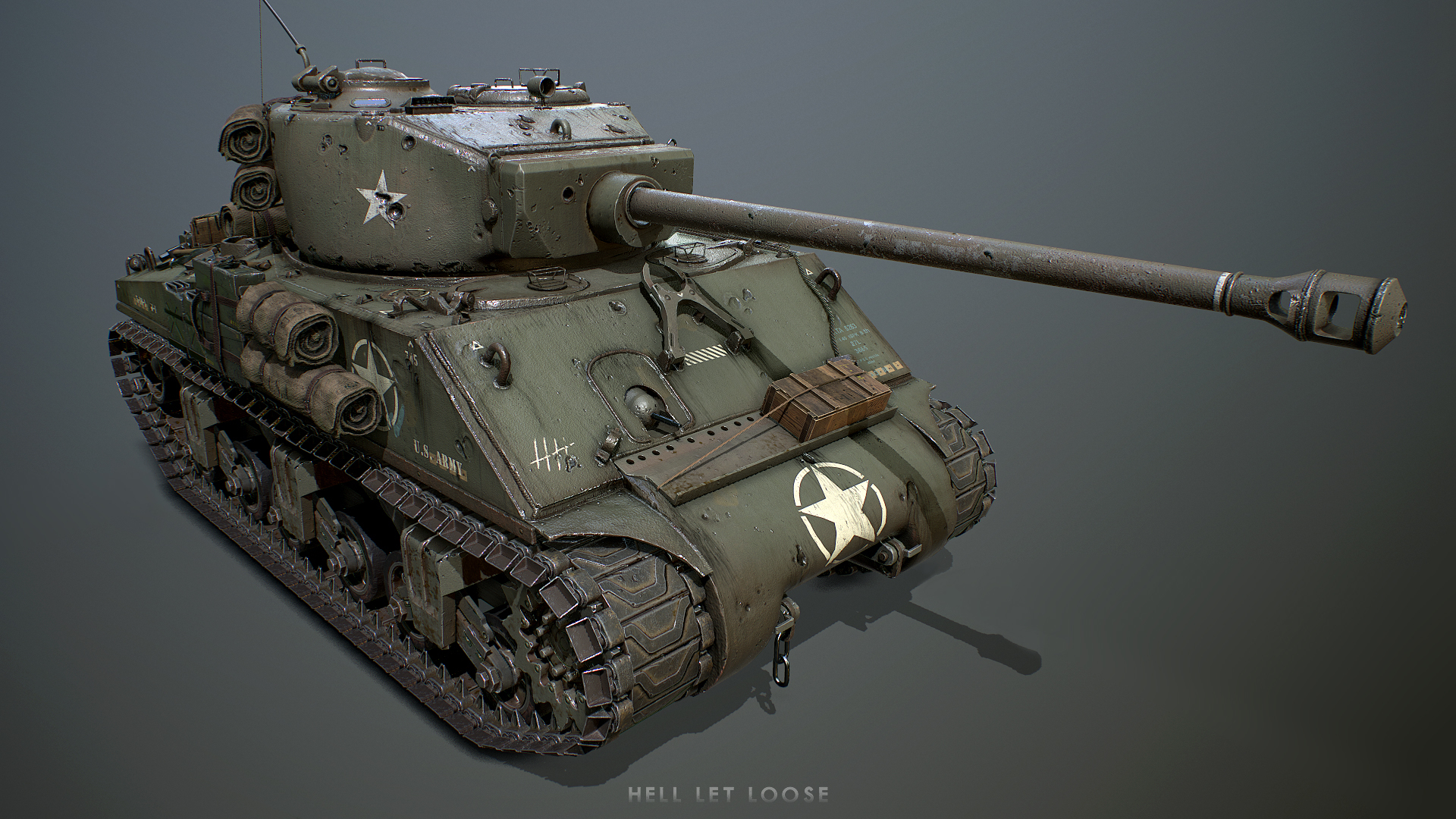 Which Jumbo should you choose?
The 75mm Jumbo will be slightly cheaper than its 76mm cousin and armed with rounds that produce more shrapnel when they detonate, making it more effective against infantry and soft targets. 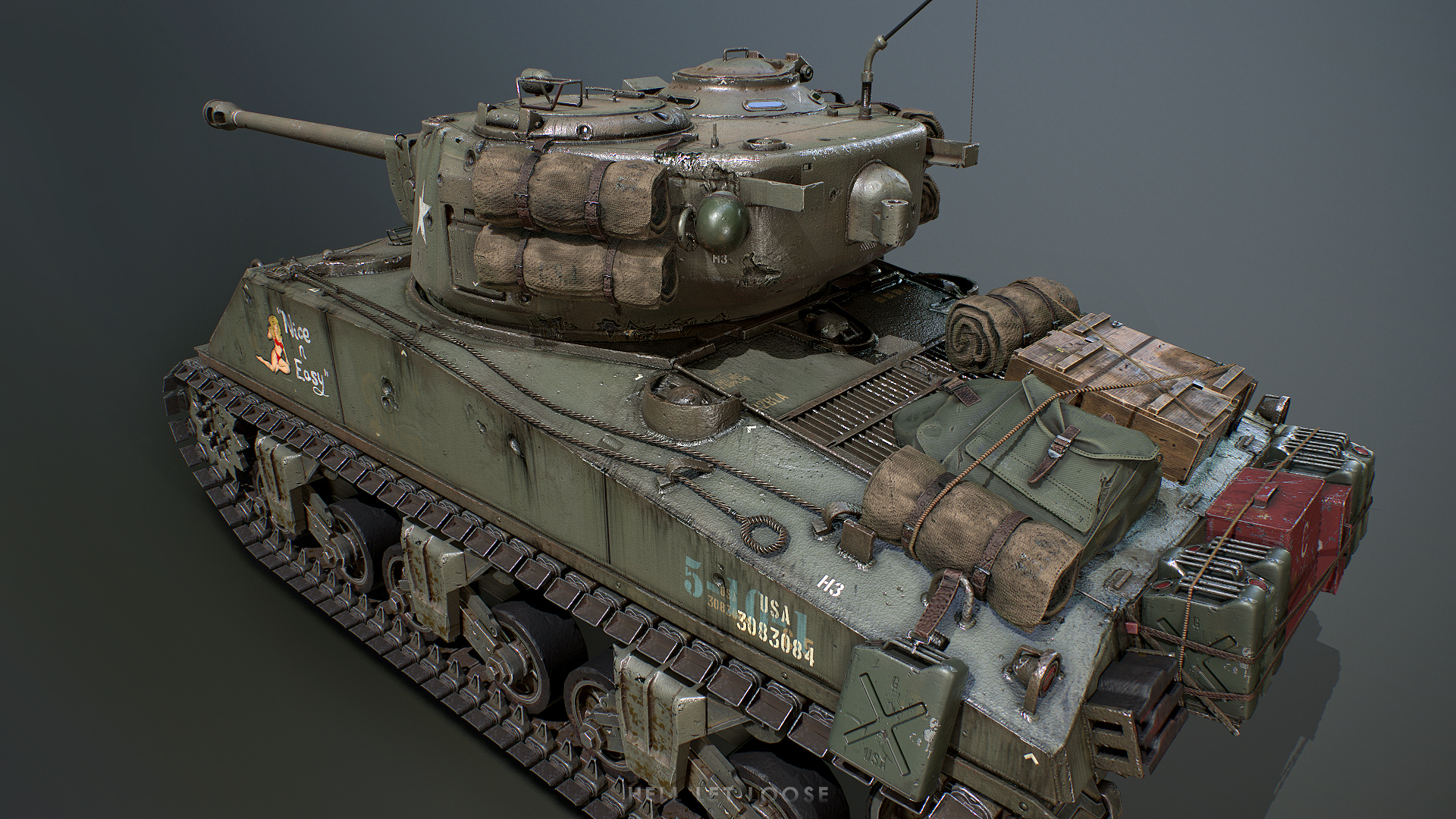 The 76mm will be better against German tanks, particularly more heavily armoured ones.

Deploying the Jumbos
Upon the arrival of both the 75mm and 76mm Jumbos they will be applied to specific maps / battles. This will be further expanded upon as we figure out and settle on an appropriate lineup for each game mode and battle - if you have suggestions on this let us know, we'd love to hear what you think! 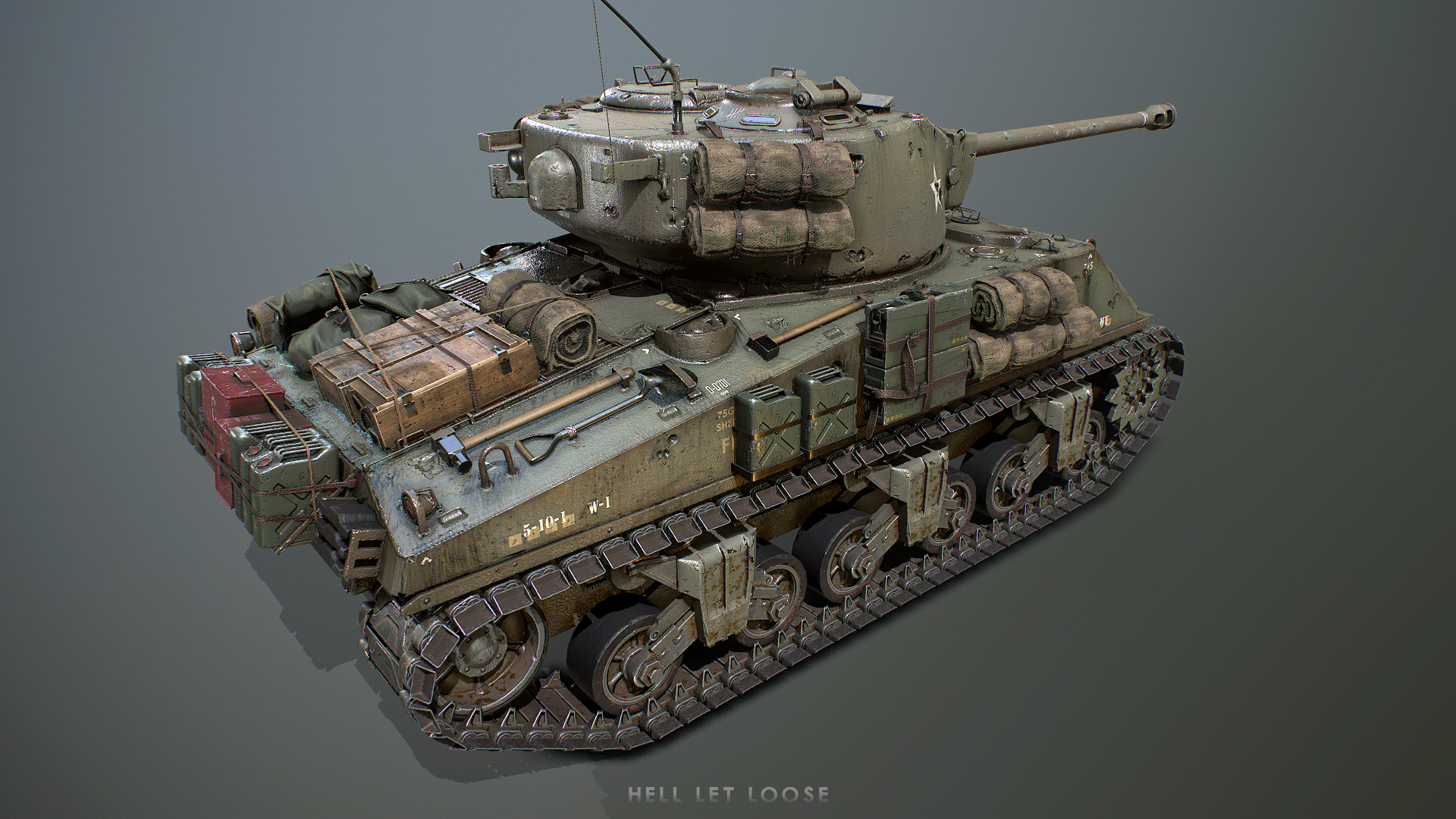 As we create and add more tanks and vehicles to Hell Let Loose we'll be further tailoring the deployable lineup to be map specific. This will give the Commander the ability to choose which tanks to deploy when calling in armour reinforcements using fuel.

All going well both Jumbo variants will be rolling onto the battlefield in Update 5. This is not the last Sherman that we'll be adding!

Airborne Uniform
Dropping into Update 5 will be a new, free high-level unlock for all infantry roles on the US side.

Say hello to the Airborne uniform! 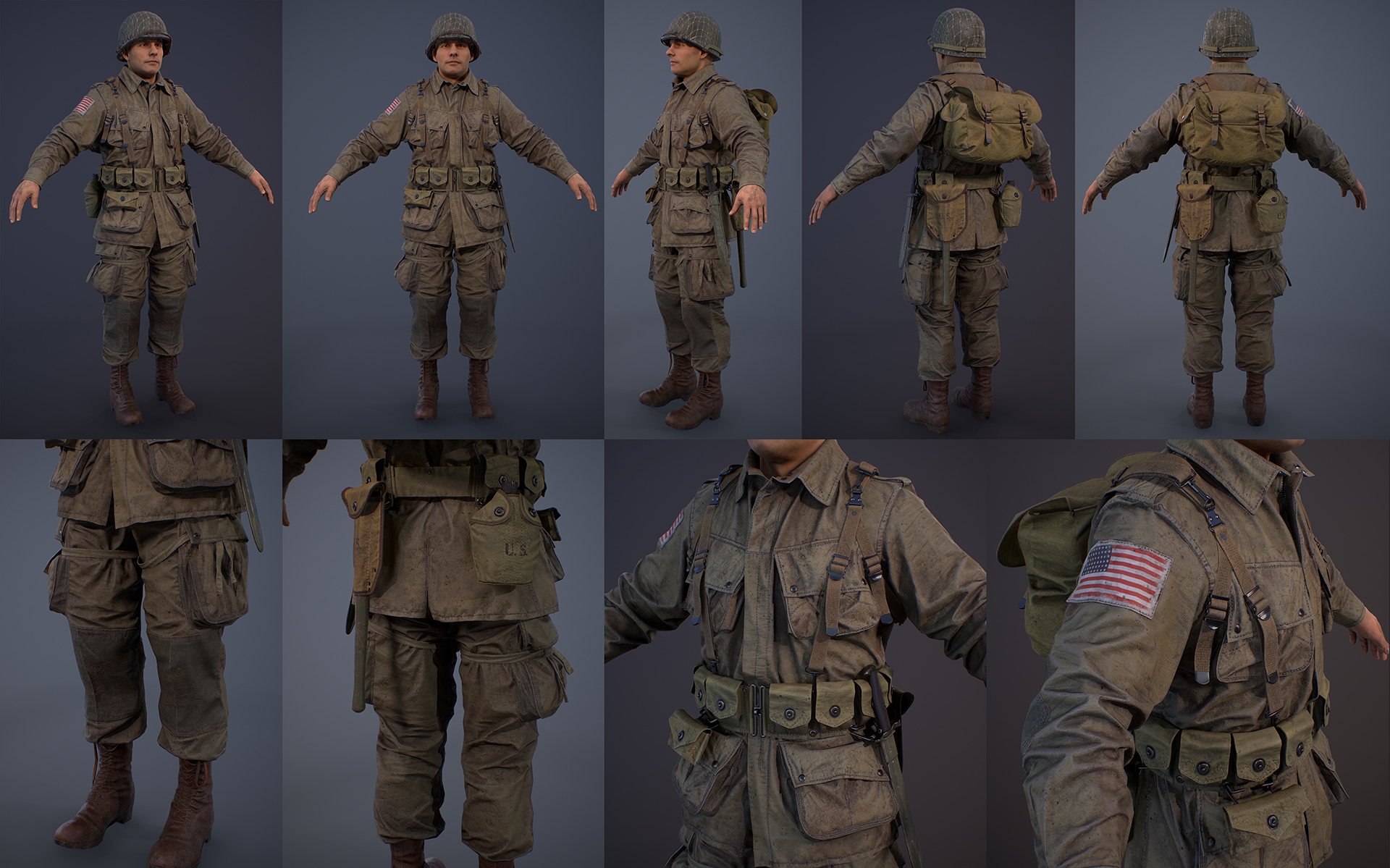 These renders are a WIP and not final. Further passes will be made before release.

We will assess a possible implementation of airborne mechanics once several key features have been polished and introduced into Hell Let Loose.

Play With The Devs Night - Friday 17th January!
We're keen to kick off 2020 by getting stuck into the action on the frontline with you all!

This will be a great opportunity for us to play with the community whilst giving you the chance to ask us questions, chat about Hell Let Loose and generally have some fun in-game with the team.

We'll also take the opportunity to ask you about how you're finding your time on the front!

For the evening we'll be running a dedicated server where members of the team will split off into different units, giving us the chance to play with as many of you as possible each round!

Full details for the event will be made available in next week's Developer Briefing on the 16th.

We're running a European server this time, but for the next one we'll look at doing a US server!


That wraps up this week's Developer Briefing, we hope you have a top weekend!

See you on the frontline.

Happy new year from the entire team at Black Matter and at Team17! 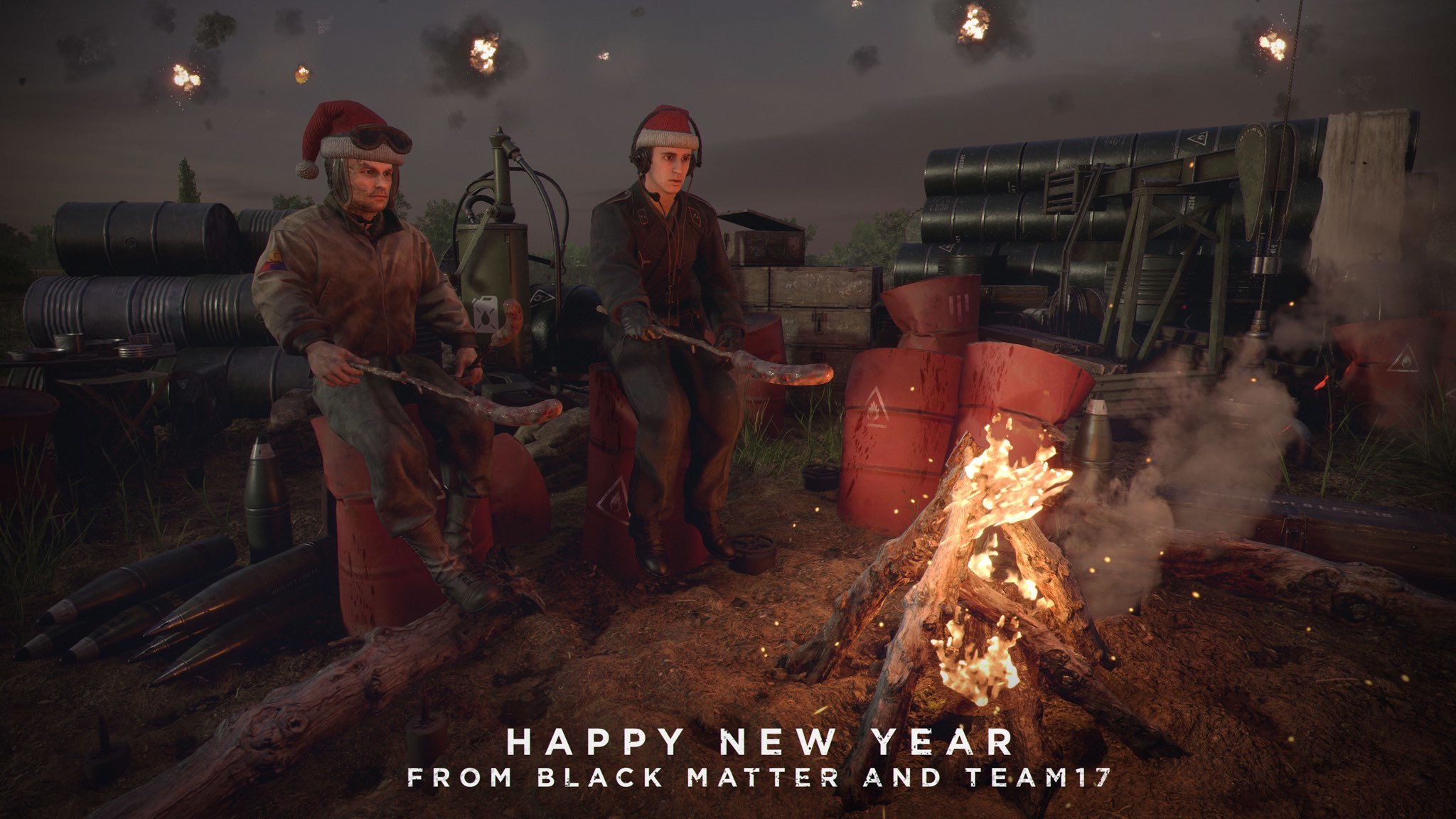 We’ve got one hell of an action-packed year planned so we’ll be starting to reveal more content and take a detailed look at what’s coming week on week.

As a reminder, here’s but a few of the new content drops that’s coming in the first third of the year -
And loads more, including our regular bug fixes and optimisation work. We’re keeping a few things under our helmets that we’ll be revealing when the time comes.

20,000th Discord Member & 12,000+ strong on Reddit!
January 1st marked not only a new decade, but also the 20,000th user joining the HLL Discord. We want to say thanks to the community for being so welcoming and friendly to newcomers - in both showing them the ropes in game and on the forums, subreddit and Discord.

The Hell Let Loose Reddit community is also going from strength to strength, thanks again to being so welcoming and producing some of the finest memes from the frontline.

Check out the official Discord[discordapp.com] and Reddit to join in - all players are welcome.

US Heavy Tank - The Jumbo!
We’ve teased the US heavy tank offering for a while now and many of you quickly spotted the thickened frontal armor and 75mm barrel as the key standouts for the variant. We’re now excited to formally reveal and show off the M4A3E2 Sherman "Jumbo" variant.

In homage to the Battle of the Bulge and in preparation for our scoping out of vehicle camo variants, we’ve dressed it in the iconic livery of the “Cobra King” - the most iconic Jumbo of the entire 4th Armored Division. 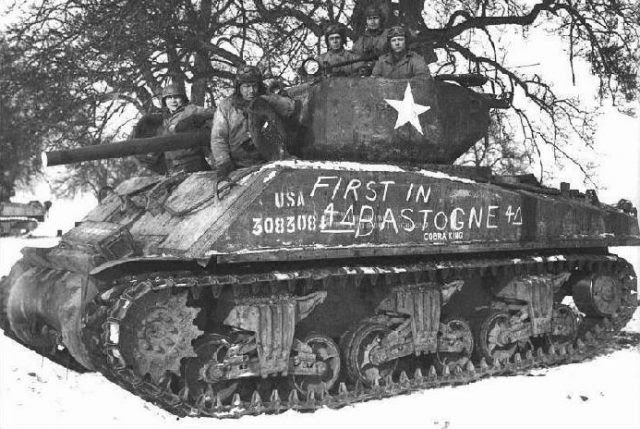 Cobra King was issued to 37th Tank Battalion of the 4th Armoured Division on the 24th or 25th of October 1944 and was assigned as the company commander’s vehicle of Company C. 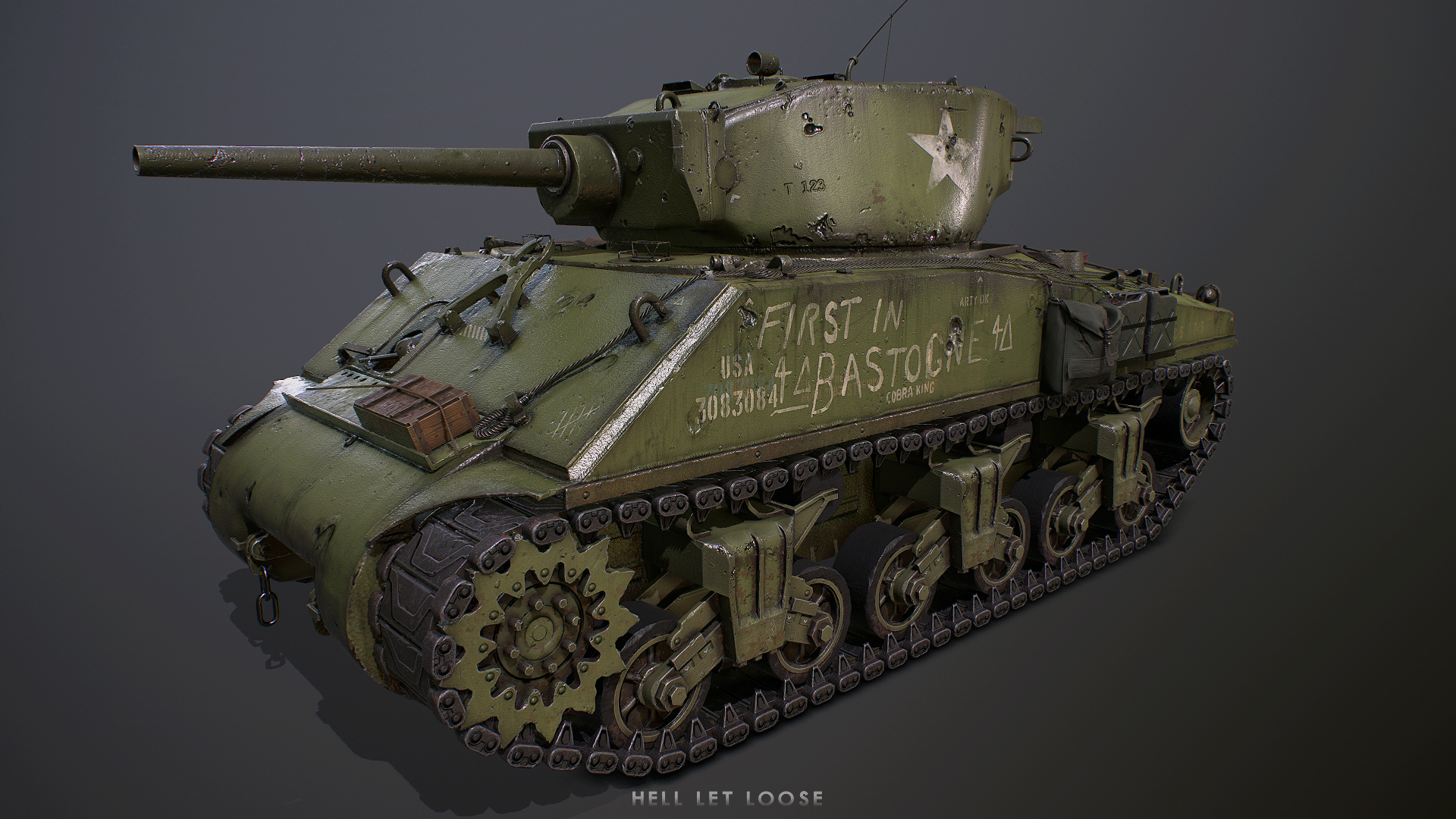 During the German winter offensive, the Battle of the Bulge, the important crossroads town of Bastogne, Belgium had been cut off and surrounded by German forces. Patton’s Third Army was tasked with trying to break through the German lines in the south with the 4th Armored Division as the main spearhead of this counterattack. On December 26, 1944, Lt. Boggess, commander of Cobra King, was fighting his way on the road from Assenois, Belgium to Bastogne.

The following passage is from an article written by Charles Lemons, former curator of the Patton Museum:

“Cobra King was way ahead of the rest of the column and had just destroyed a German bunker along the road when Boggess spotted several uniformed figures in the woods near the bunker. They wore the uniforms of U.S. soldiers, but knowing how Germans were disguising themselves as Americans, he maintained a wary eye. He shouted to the figures. After no response, he called out again and one man approached the tank. “I’m Lieutenant Webster of the 326th Engineers, 101st Airborne Division. Glad to see you.” With that meeting at 4:50 p.m. on December 26, 1944, Patton’s Third Army had broken through the German lines surrounding Bastogne.”

Using the Jumbo
The Jumbo was not a typical heavy tank in the same vein as the Tiger, or the Pershing. Born out of necessity, the Jumbo was an up-armored and up-gunned version of the medium Sherman tank - with additional armor welded to the casemate and the front chassis, with upgraded gearbox to account for the additional weight. 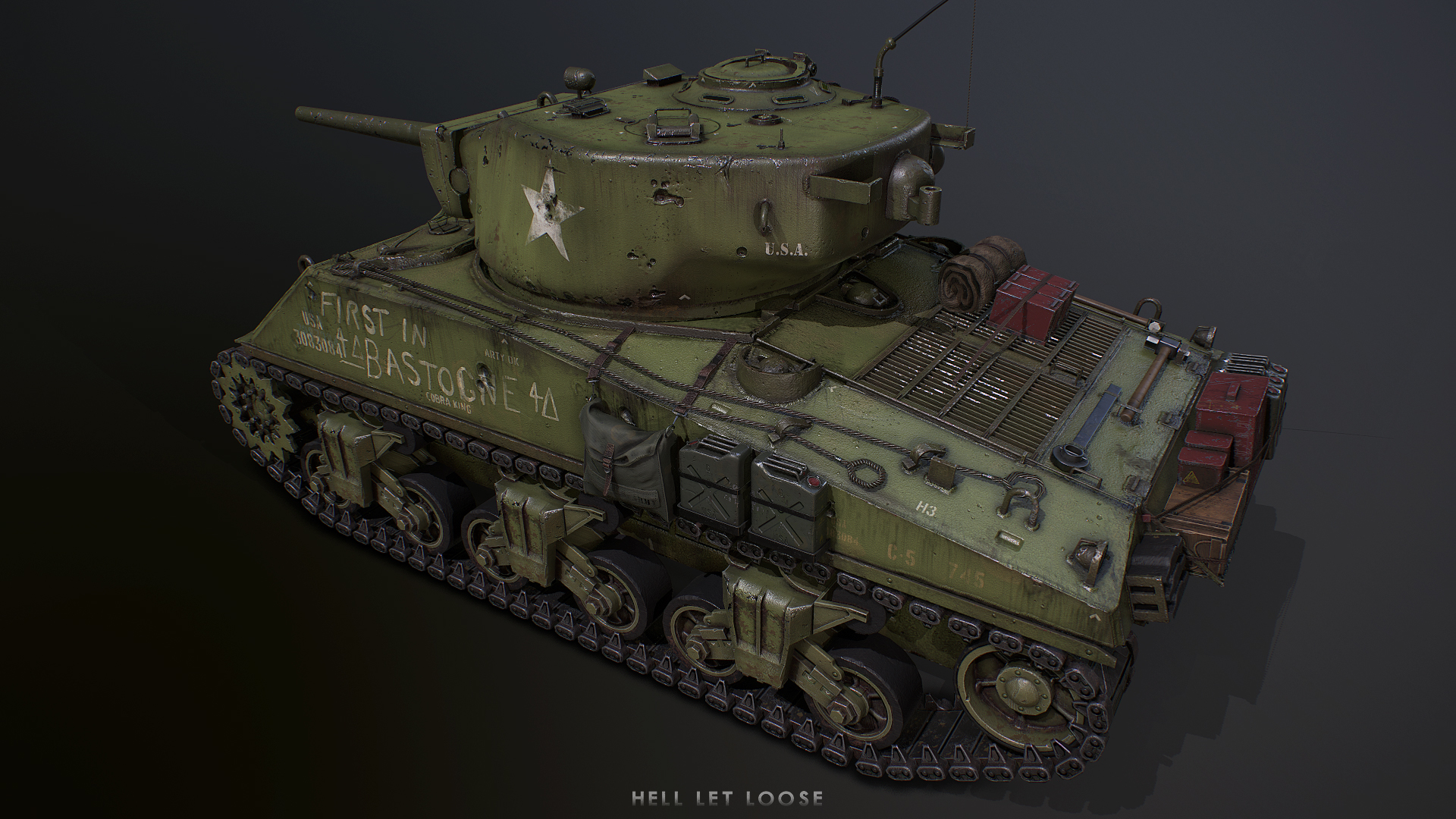 While able to weather brutal fire to the front, the Jumbo will need to guard its flanks and rear from long range anti-tank fire. Designed to play the same role it did during WW2, the Jumbo is the mainstay American “assault” tank - the armored spearhead designed to soak up damage as it drives a column of Shermans into the enemy lines. Be wary though - while the Jumbo’s main gun packs a punch you’ll need to account for the slightly slower speed on account of the additional armor.

The Jumbo will be deployed to the battlefield in Update 5. 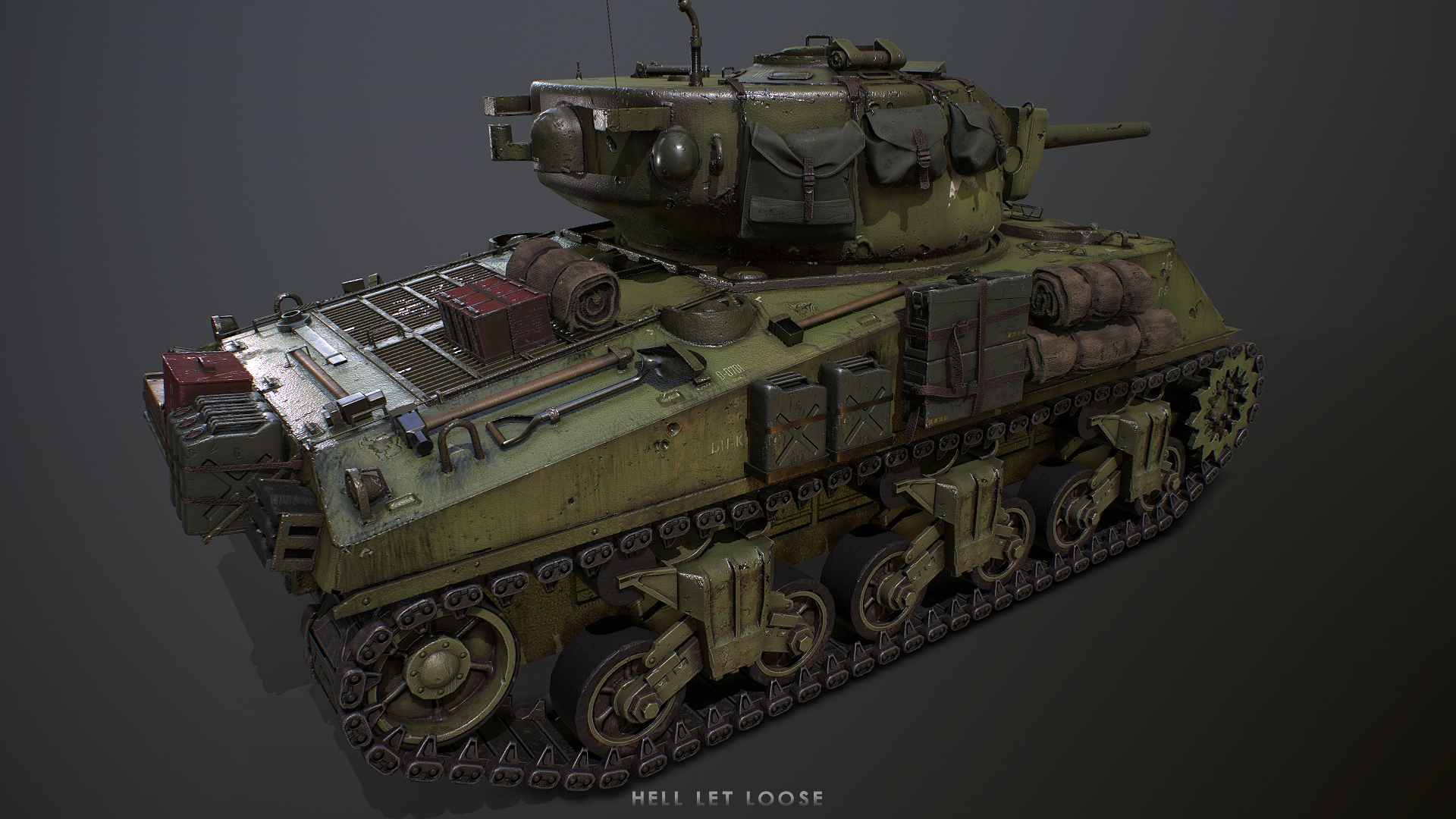 This will not be the last Sherman implemented into the game...

Oh and one more thing, you'll be getting a full reveal on a certain new uniform for the US next week: 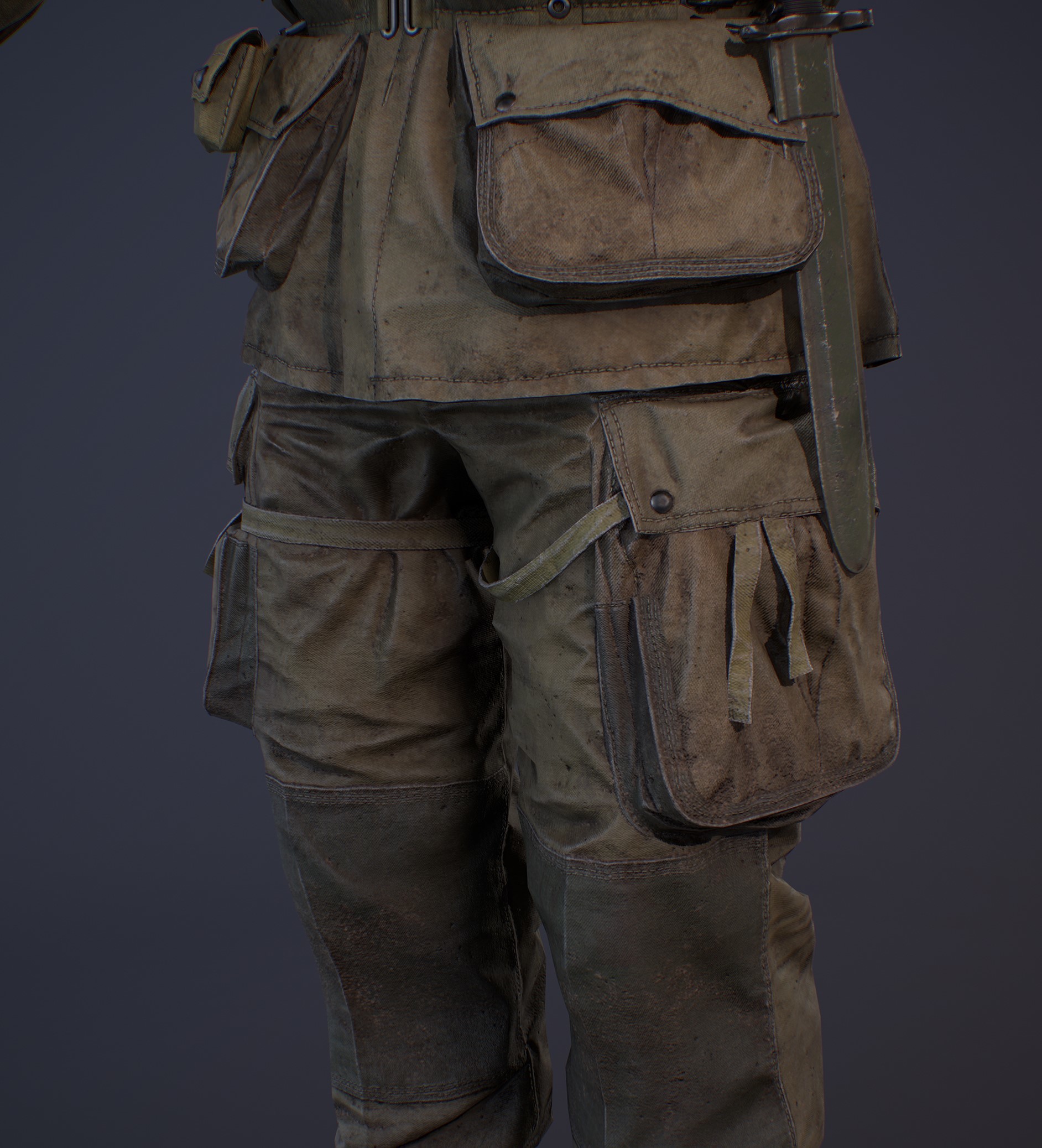 Merry Christmas and happy holidays from the whole gang here at Black Matter and Team17! 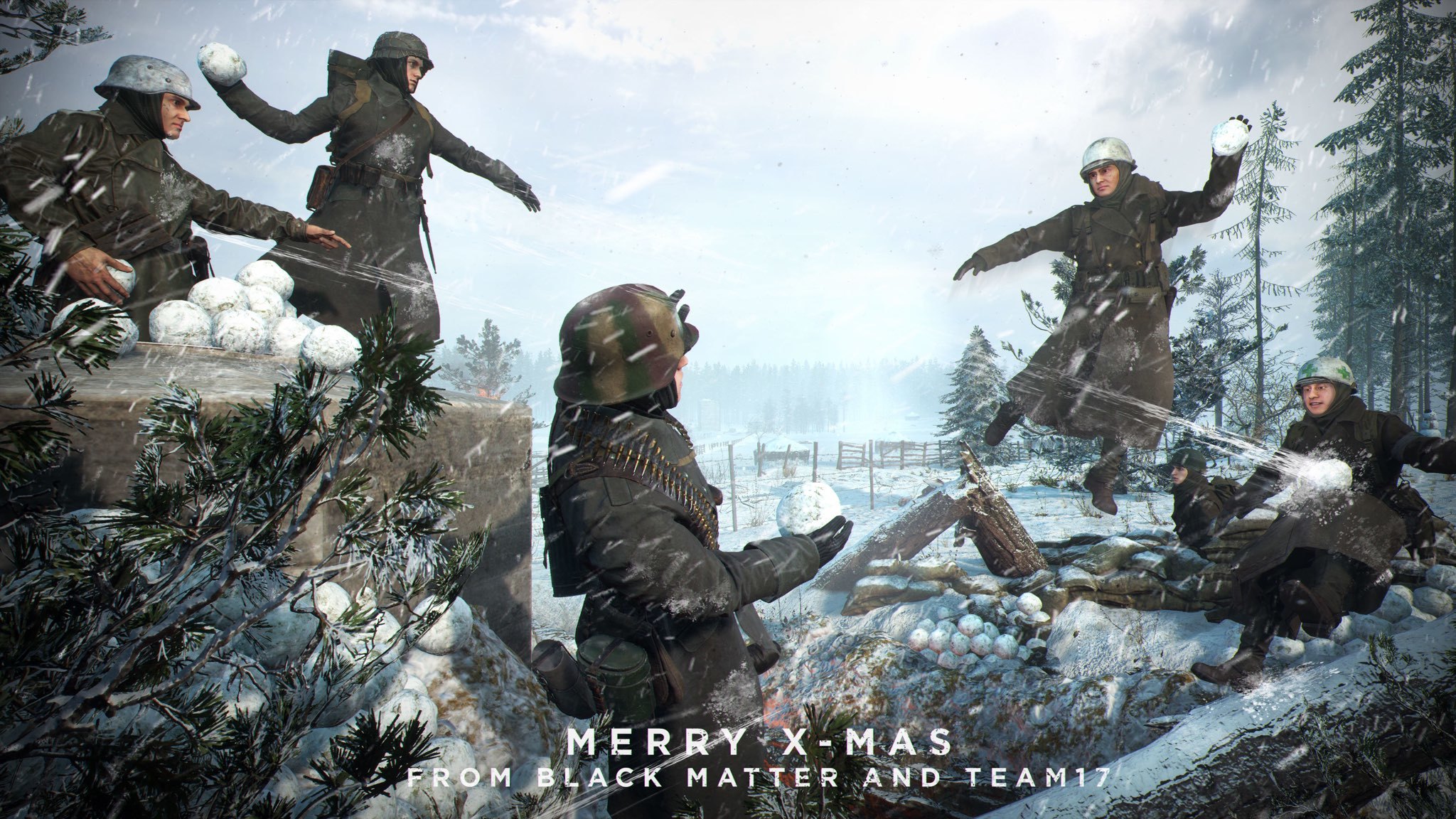 We’re looking forward to 2020 and will be catching you on the frontlines over the holiday period.

We’ve got a ton of content, features and fixes to come in the new year and we’re excited to get back to work and act on the feedback we've received from you all since Update 4 dropped.

Our regular, larger dev briefings will return next week!

See you on the frontline.