Life is Strange: Before the Storm Official

Meddelelser _
Daniel's Education Explained - Life is Strange 2
slået op af JoshuaSquareEnix @ 09:09AM on November 05, 2019
As we approach the #JourneysEnd, we wanted to take some time to deep dive on one of Life is Strange 2’s most important, but also most misinterpreted systems. We hope that this added insight will help guide you in your decision making as you start Life is Strange 2 either for the first time or on a repeat playthrough. 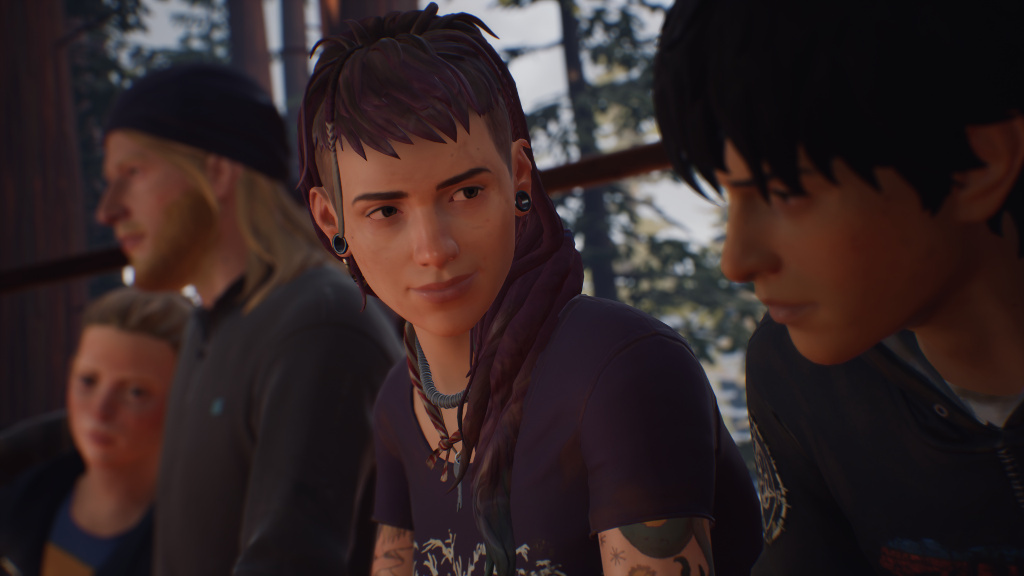 As you may know, choices and their consequences in Life is Strange 2 are centered around your brother: Daniel. What we purposefully haven’t outlined properly to date is the depth of this system or how it actually functions as we believe a Life is Strange is best experienced purely rather than trying to game the system underlying it. Quite often we will see players deconstruct the outcome of a Life is Strange 2 episode using the choice and consequence system of previous games: “If you choose these specific three or four options you should get outcome X”. Today we wanted to take some time to explain that interpreting Life is Strange 2 solely through that kind of system can only lead to confusion.

Before we get into the new system underlying Life is Strange 2 though, know that each entry in the season does have episode-specific consequence systems that conform to the more traditional choice and consequence approach. Your relationships with secondary characters, for example, are often based on the branching that you’ve come to expect from a Life is Strange game. If you work hard to build a specific relationship, that character’s attitude towards you may change significantly which in turn will open or close off options that determine the fate of these characters.

With respect to Daniel however, the system has added layers of complexity. From what we’ve seen so far, Daniel’s education is believed to rely on a “one-track” model similar to the one described above. That is to say that you can, for example, only teach Daniel to either be “Good” or “Bad” and that only certain key decisions will affect his education by nudging him towards becoming either a good or an evil person. The truth, however, is that Daniel grows and learns from your example based on two separate values: Morality and Brotherhood.

• Daniel’s Morality state determines how he acts in any given situation. Does he act in a kind and considerate way, or is he entirely selfish, without regard for other people’s feelings or safety?
• Daniel’s Brotherhood state determines how he responds to what you, as Sean, teach and ask of him. Does he trust you to make the right choice for the two of you, or will he disregard what you say because you’ve been unable to win his trust? 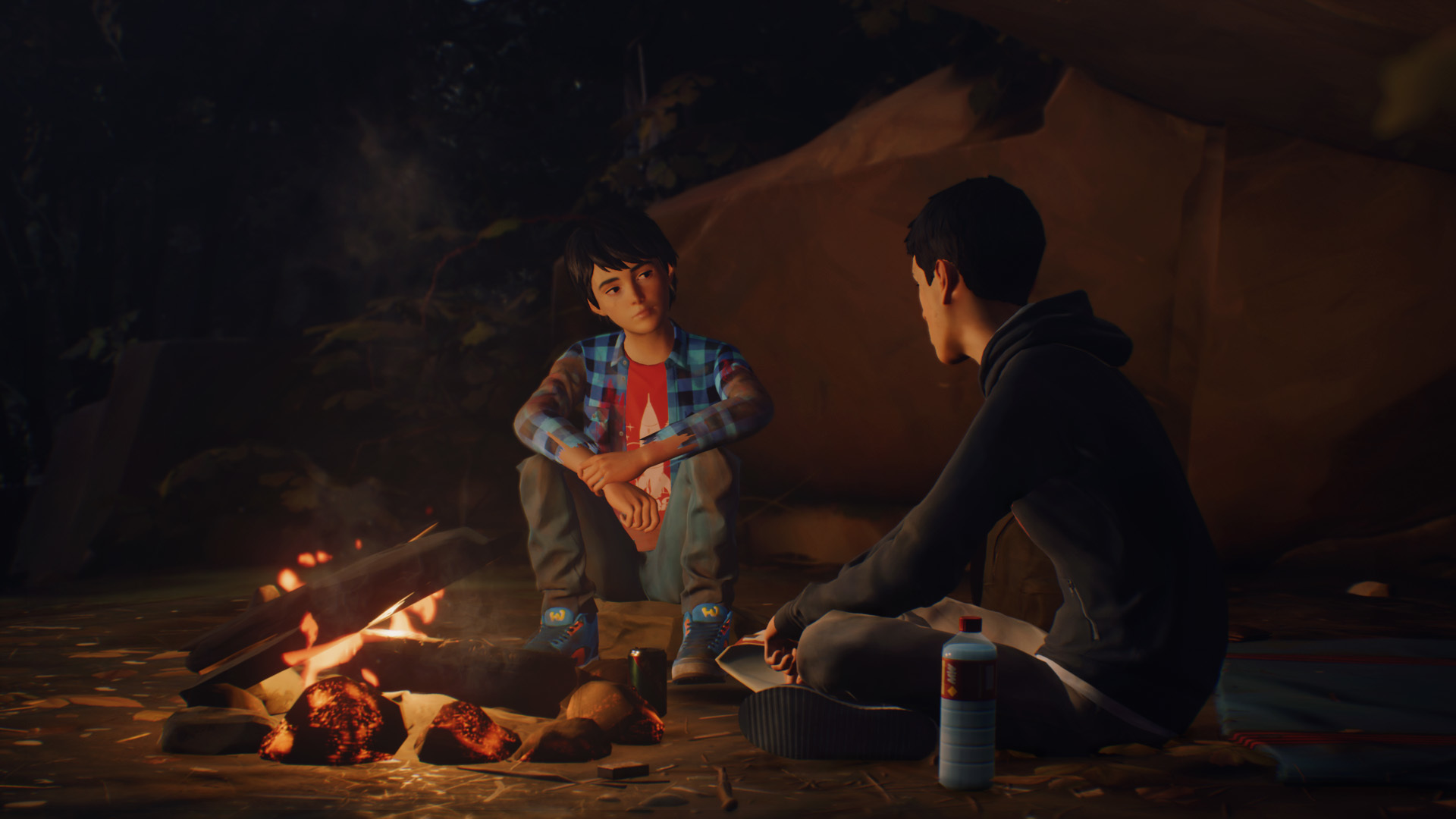 Here’s the thing: the choices you must make in Life is Strange 2 are, like in other Life is Strange games and life in general, imperfect options. There is no true “right” or “wrong” decision, and all of them are laced with their own pros and cons that could contain a sting in the tail.

While some decisions may improve Daniel’s Morality, those same choices can have a negative impact on his trust in you, and vice versa. There are some choices that may add to both Morality and Brotherhood, just like there are others that may reduce them both, or only impact one while leaving the other unaffected. You will have to weigh up each option for yourself and decide which outcome will be better for your personal Diaz brothers.

It’s also key to note that opposing choices aren’t just mirrors of one another. That is to say, choosing option A, which may award an increase in Morality, doesn’t mean that option B will reduce Morality by the same amount. Each choice is weighted individually and entirely on its context. Choosing the opposite of a choice that would have affected Daniel’s Brotherhood and trust may not impact his Brotherhood either negatively or positively.

In the diagram below we’ve outlined a small number of hypothetical examples of how this concept functions – please note that the diagram and the choice examples are purely for illustrative purposes and are not present in Life is Strange 2. The diagram is also greatly simplified as it has been trimmed down to just 5 examples rather than the multitude of choices that play into determining the consequences you will experience. 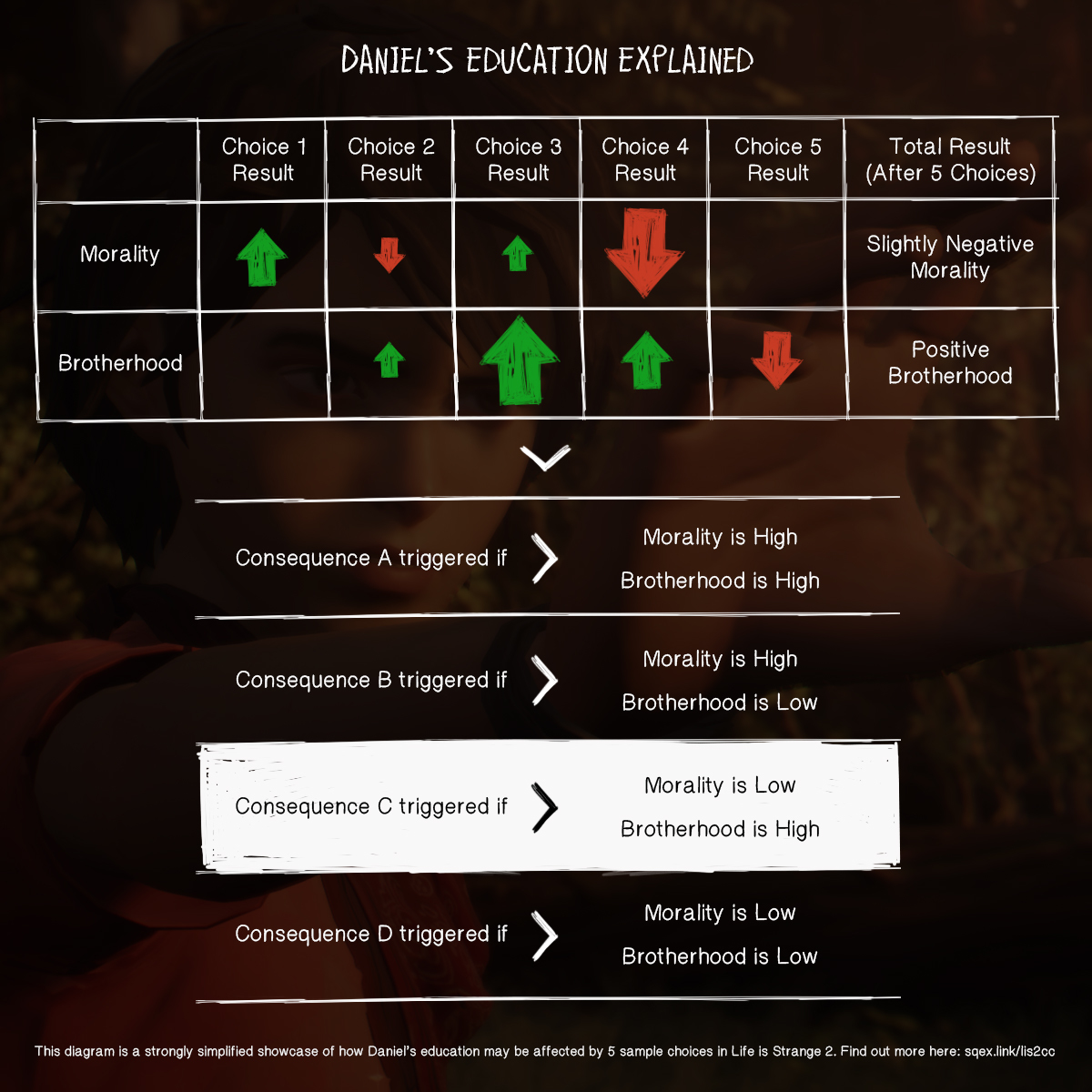 Choice 1: Sean reminds Daniel that stealing is wrong, in every situation, and refuses to take money from an unattended wallet.
Choice 2: Sean ‘borrows’ a can of cola from a store, to quench Daniel’s thirst, and promises he’ll send the store a couple of dollars in the mail when they get some money.
Choice 3: Sean stays up late entertaining Daniel with bedtime stories, with wholesome morals, staving off his nightmares and helping him sleep through the night.
Choice 4: Sean shoots a potential kidnapper in the arm with the man’s own gun, in order to save Daniel.
Choice 5: An angry Sean blames Daniel for having to shoot the man.

While major choices will have a greater impact on Daniel’s education overall, the lessons they teach him can still be outweighed by the many smaller choices you may make throughout your journey and the example you set. You can’t choose to only be righteous when it counts, if that’s what matters to you. You have to be an example to Daniel in everything you do and say.

This is also why certain playthroughs result in different outcomes, even though players may have made the same major choices as their friends and other players. These outcomes are likely down to choosing differently in a series of smaller choices. 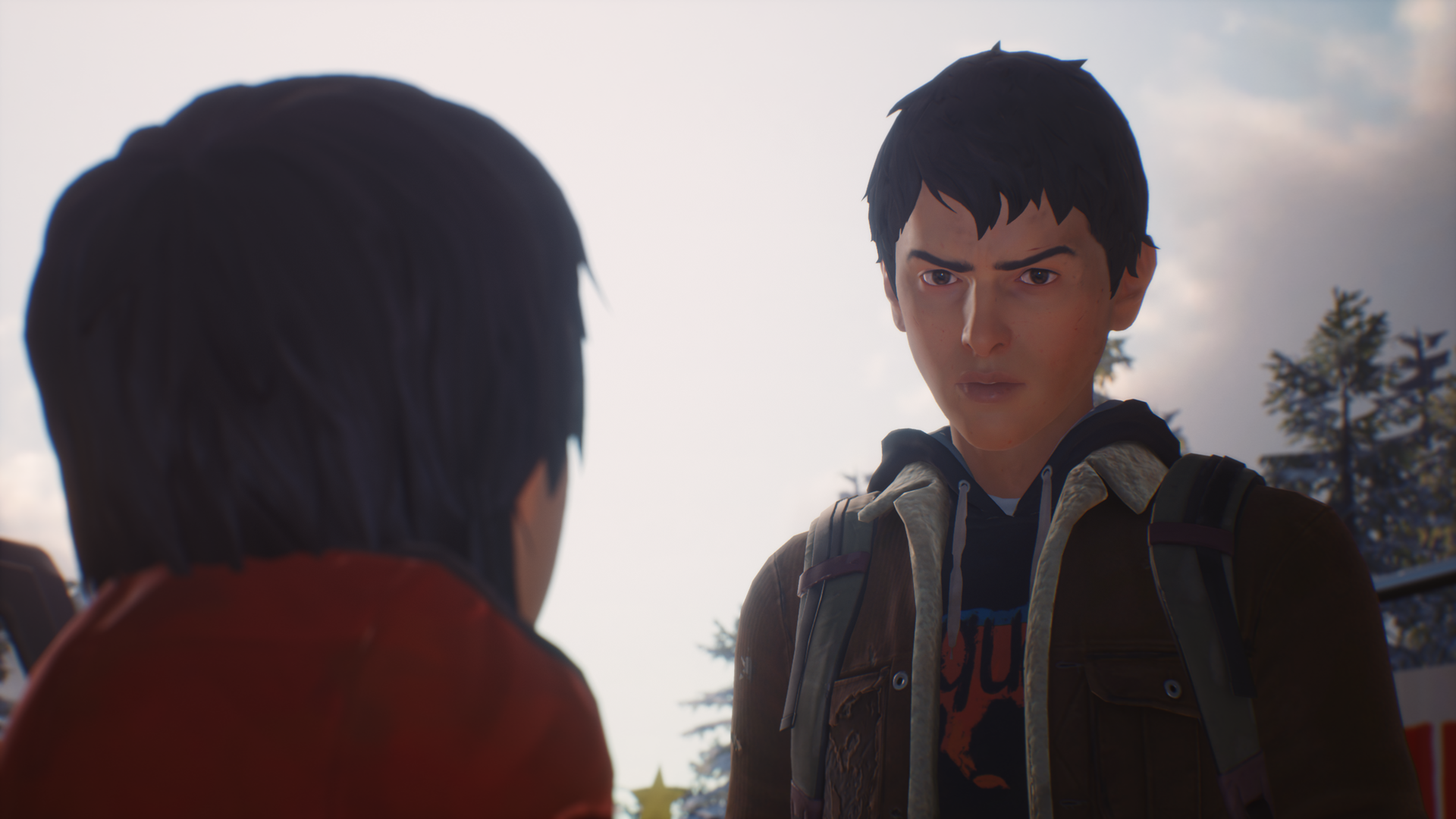 To date, Life is Strange 2 has featured over 50 individual choices that have pushed Daniel towards becoming moral/amoral and/or trusting/not trusting of Sean. This is what we mean when we say, “everything you do will have an impact on Daniel.”

You have so far had 50 opportunities to mold Daniel into the kind of person you want him to become - 16 of those already appearing during Episode 1. Each opportunity and decision will have stacked on top of the others, to cumulatively determine which outcome you see at the end of each episode, and which endings (that’s right, we heard you!) will be available to you at the end of the game. This additive system means that a single save file will not be able to see every single outcome of Life is Strange 2 as you will not be able to simply reload and re-pick one or two choices in order to see all other endings.

You will also notice that Daniel’s moment-to-moment behavior throughout the season also subtly changes depending your choices. Some of those subtleties will be evident in his general behavior, interactions with Sean and other characters as well as the words he uses. Others become apparent through the “look at” cues you can investigate that relate to Daniel and what Sean thinks of him.

As Daniel becomes the person you are teaching him to be, his learned state of mind will also open up or close off some bigger and smaller decision options that you are given. There are cases throughout the episodes where you may try to interact with Daniel in a particular way, but he refuses to listen or accept your advice or help. That refusal may mean that what you’re trying to teach him may not have the same impact as if he had accepted it. This is because your previous choices have reinforced and compounded themselves as you proceeded through the story of Life is Strange 2. This is particularly visible if you have a sudden change of heart or feel strongly about a certain decision that may not align with what you’ve taught him so far.

Each time the little wolf icon is highlighted, your decision will have had an impact on Daniel

Daniel’s Morality and Brotherhood values aren’t just on a 0-100 scale either. It is entirely possible for Daniel’s values to dip into negative numbers, which is when players will truly start to see Daniel’s dark side.

There is absolutely some truth to the idea that if you end up with a Daniel who is entirely misbehaved, never listens and doesn’t trust Sean… then that’s a direct result of you choosing to raise Daniel in that way.

The ultimate outcome of the Life is Strange 2 story reflects the accumulation of all your previous choices with regards to Daniel. His actions and demeanour are determined by what you taught him throughout the season, in interactions big and small. This will be important, particularly when he reaches a point where he may well assert his independence and start making big decisions of his own. 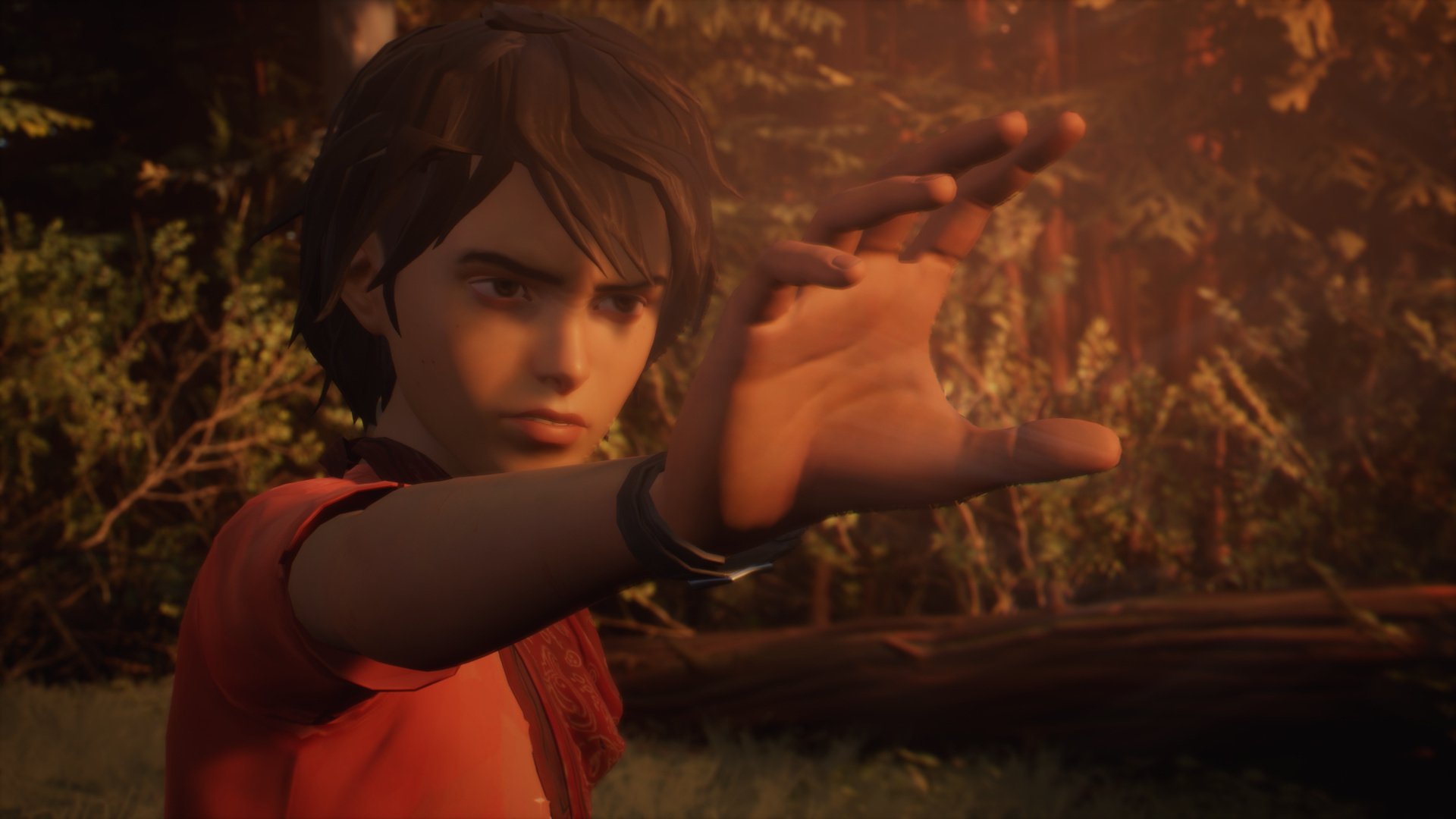 We have purposefully not gone into exact details about which choices impact Daniel’s education, or to what extent, as we want you to experience Life is Strange 2 using your own personal feelings about right and wrong as a guide, rather than trying to ‘build’ a specifically good or evil and obedient or rebellious Daniel.

Choices, just like in real life, can be messy and are rarely clear-cut. You will often need to make peace with what you feel is best for the Diaz brothers as they journey towards Puerto Lobos.

We’ve outlined a few examples to explain the system a little bit more on our official Youtube Channel (you can also watch it below), though this video will include spoilers. We’ve structured the video in a chronological manner so that you can view it up until the spoiler warnings for an episode you haven’t yet played to avoid getting spoiled. If anything at all about what we covered in this blog was confusing, this video will be sure to help!

We’re now just under a month away from the full release of Life is Strange 2 and are looking forward to hearing whether knowing more about how Daniel is taught changes how you approach the game in the weeks of the #JourneysEnd that lie ahead.