Four player co-op in the End Times of Warhammer 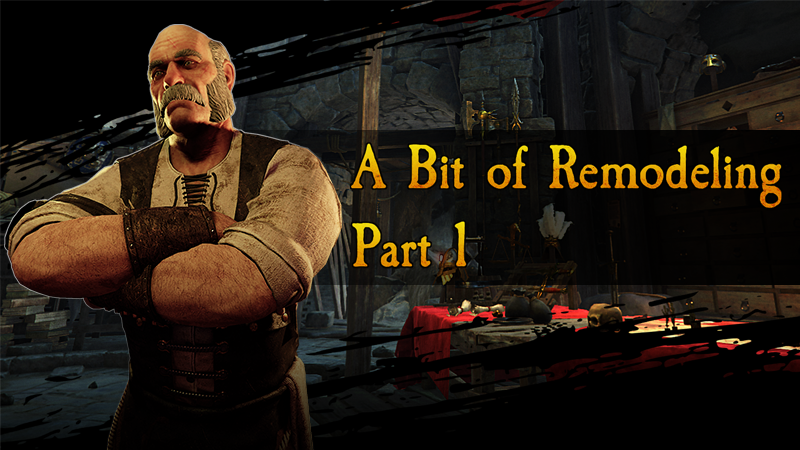 Taal’s Horn Keep has recently seen a bit of a change. Seems we have to once more turn to Lohner to get the full story… Or parts of it.

So, you’ve probably noticed that I’ve made a few changes around the keep.

Why? Well, leaving aside the fact that variety’s the spice of life, this place was never meant for long-term habitation (that’s ‘living’ to you and me, Kruber), let alone being any kind of military outpost … which the way things are going, we’ll end up being sooner rather than later. And then there’s the fact that Olesya keeps taking up ever more room, Catrinne needs more space to store her works of art. It’s getting a mite crowded.

Then there’s this other business Saltzpyre keeps muttering about. Might need some extra space for that and all. ​And ​ there’s my stockroom to consider. The pumpkin collection. It all takes up space, you know.

Anyway, where was I? Oh yes.

I had a bit of a chat with an old mate of mine, name of Rosalinde. She’s an architect by trade, with a side-line in Light Magic, which is very handy when it comes to moving masses of stone very quickly. Something about stone remembering when it was part of the hills, or something. It’s all above my head, if I’m honest, but I’m sure she knows what she’s about.

Best bit is, Rosalinde owes me the odd favour. So we’ve had a conflab and she’s done a bit of rearranging. Clever lass. Came up with all kinds of space-saving suggestions, and I took the liberty of getting the first wave organised while you were last out indulging in a bit of the old ‘derring do’.