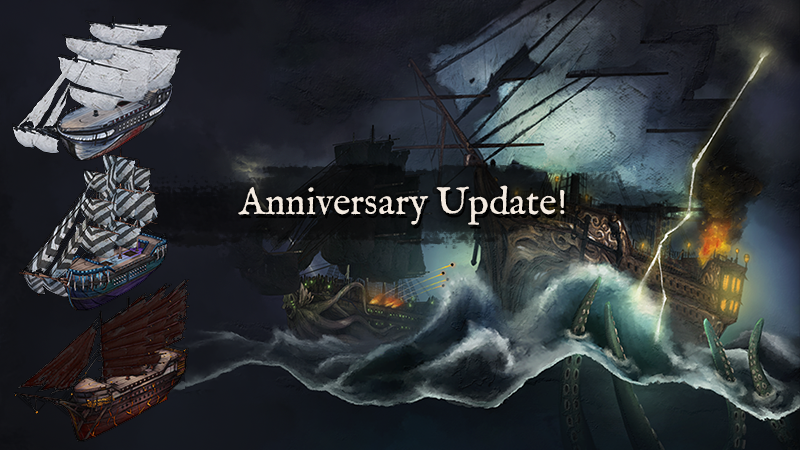 Earlier this year we celebrated our Early Access anniversary by giving away some free ships, and as it's been 1-year since we released version 1.0, we're doing it again!

Here are the three new vessels we've added in this latest free update:

These correspond to the Frigate, Galleon and Cruiser classes, so if you come up against one in battle and manage to capture it intact, you can equip it's visual blueprint and command it yourself.

To continue with the celebrations, the game is 50% off for a Daily Deal, so move quick to snap it up - it won't be discounted this much for a while.

To check you have the latest version, the number in the bottom-right corner of the main menu should read "1.3.14934" or later.

This has been a lovely surprise, especially to be nominated among such other fantastic micro-studios.

What's SENTRY?
You may have noticed on the Abandon Ship page a mention of this, which is our new game!

It's very early in development, and while we'll eventually have a snazzy announcement trailer we thought we'd put our work-in-progress up on a Steam page.

It shares some interesting elements with Abandon Ship that may not be initially apparent, so check it out - and if you're interested or want to stay updated on our progress, smash that Wishlist button ;)

Stay safe out there Captains, and thanks for all the support!