Foxhole is a massively multiplayer game where you will work with hundreds of players to shape the outcome of a persistent online war. This is the ultimate game of collaborative strategy and tactics. Every action you take can have a powerful effect across a world in a state of war.

檢視所有 9 個圖示
公告 _
Entrenched is LIVE
張貼者 Siege Camp @ 10:04AM on September 22, 2021
If you are enjoying these updates, please take the time to leave us a review on Steam. Thanks.

ENTRENCHED
Entrenched is Foxhole's most expansive update of the year and includes a massive world expansion, player uniforms, a building overhaul, a new tactical camera, and much more!

WORLD EXPANSION
After years of development, the world of Foxhole has finally expanded to it’s fully realized scale and is now capable of supporting thousands of players in the same war at once. Fourteen new hexagon regions have been added, which will provide the space needed for larger scale wars, greater strategic depth, and a more dynamic frontline.

NEW ENVIRONMENTS
The persistent war will reach new battlefields taking place in fresh environments with never before seen towns, villages, and other points of interest. 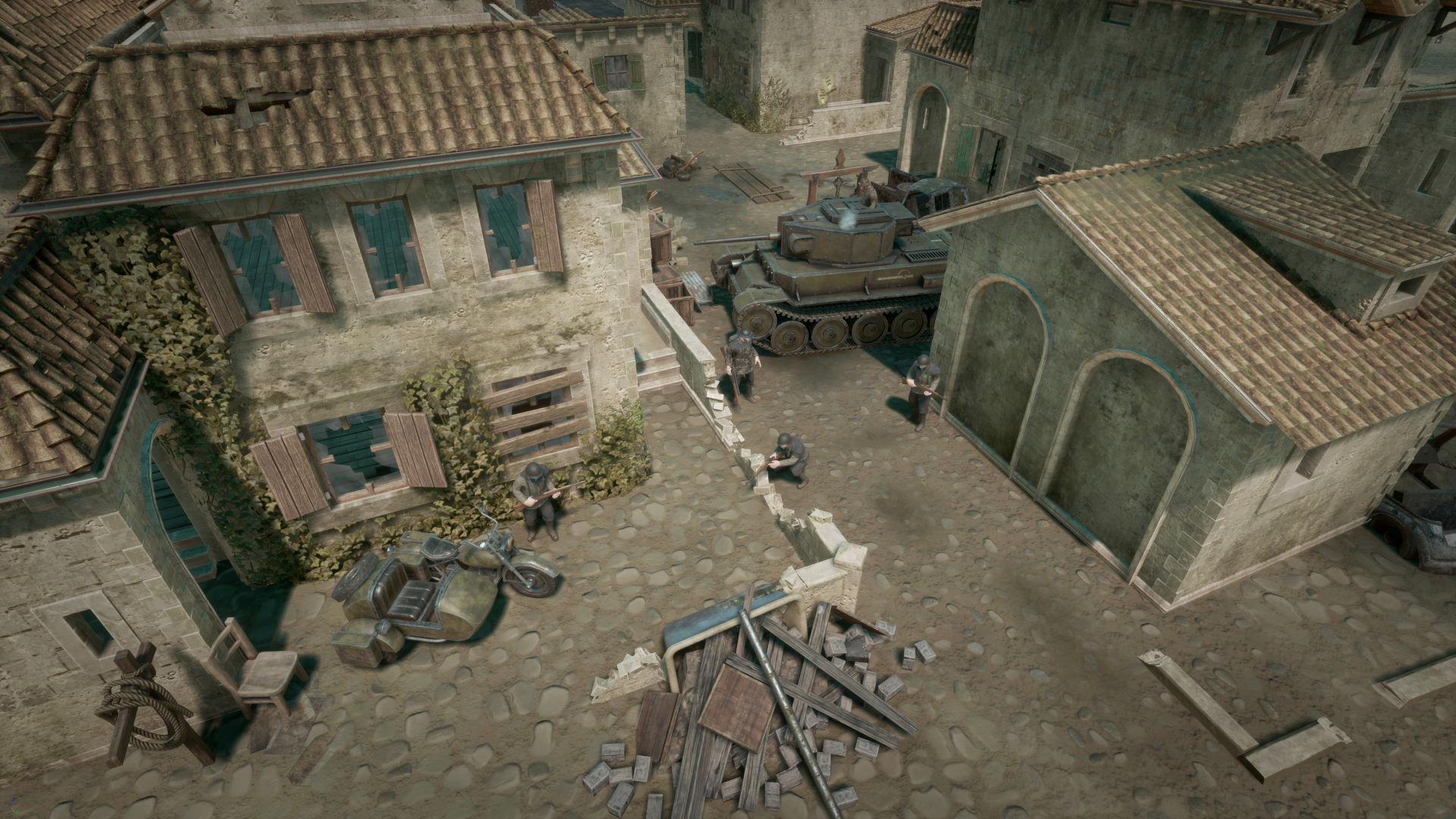 UNIFORMS
Entrenched brings another highly requested feature to Foxhole: Player Uniforms. Like all other aspects of the war in Foxhole, Uniforms are produced and supplied to the front line by logistics players.

Uniforms will provide visual distinction to players on the battlefield and will provide one or more gameplay benefits, such special inventories, camouflage to circumvent enemy intelligence, or protection from harsh weather conditions 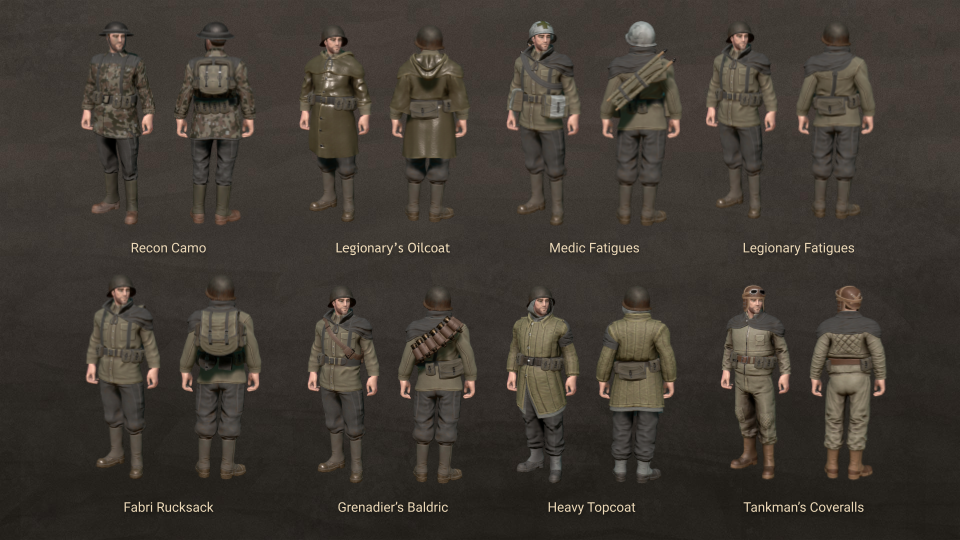 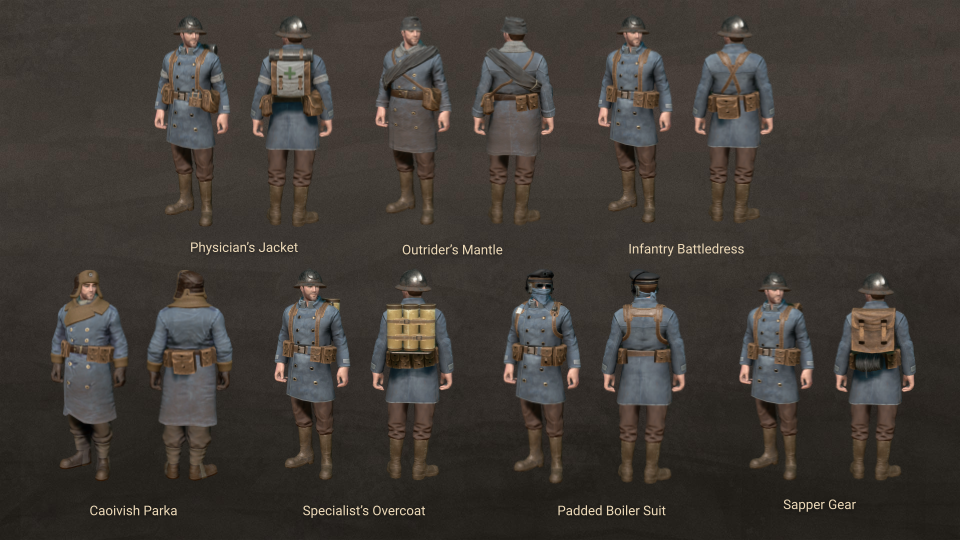 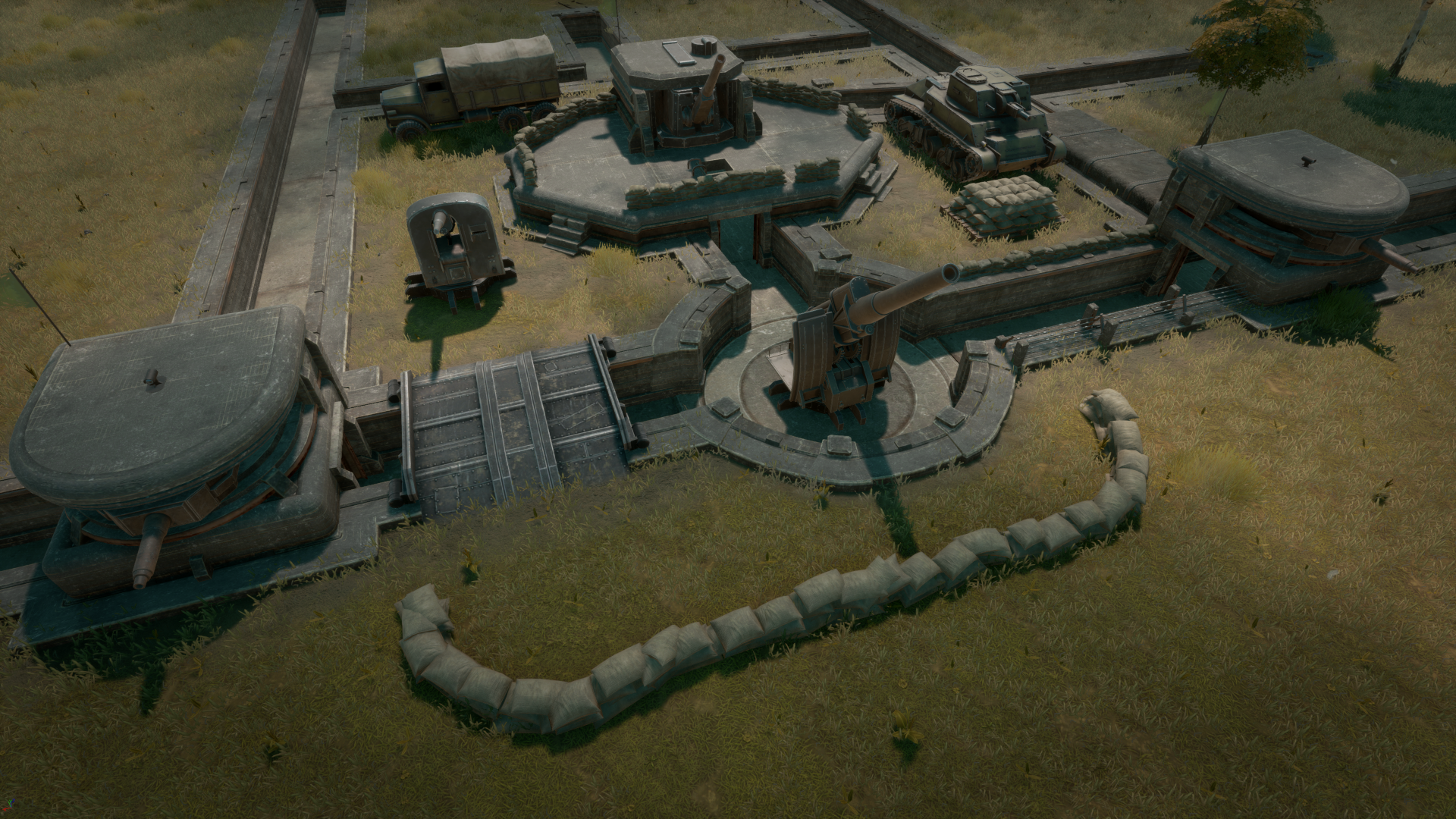 TRENCHES & BUNKER
Trench mechanics have been updated with a variety of improvements, allowing Tanks to traverse over Trenches, Trenches to be filled in, and more. New tools, modifications, and customization options will enable builders to be more creative than ever before when designing their Bunker Bases and Trench networks in the future.

POWER
Engine Rooms in Bunkers can now be used to power lights on top of Bunkers, giving them greater visibility at night or Observation Bunkers, which provide even more intelligence coverage than existing Watchtowers do.

INTELLIGENCE CENTER
Dedicated builders can now construct a new type of super weapon, the Intelligence Center, which can be deployed to intercept enemy transmissions, providing strategic data that can help your faction win the war. 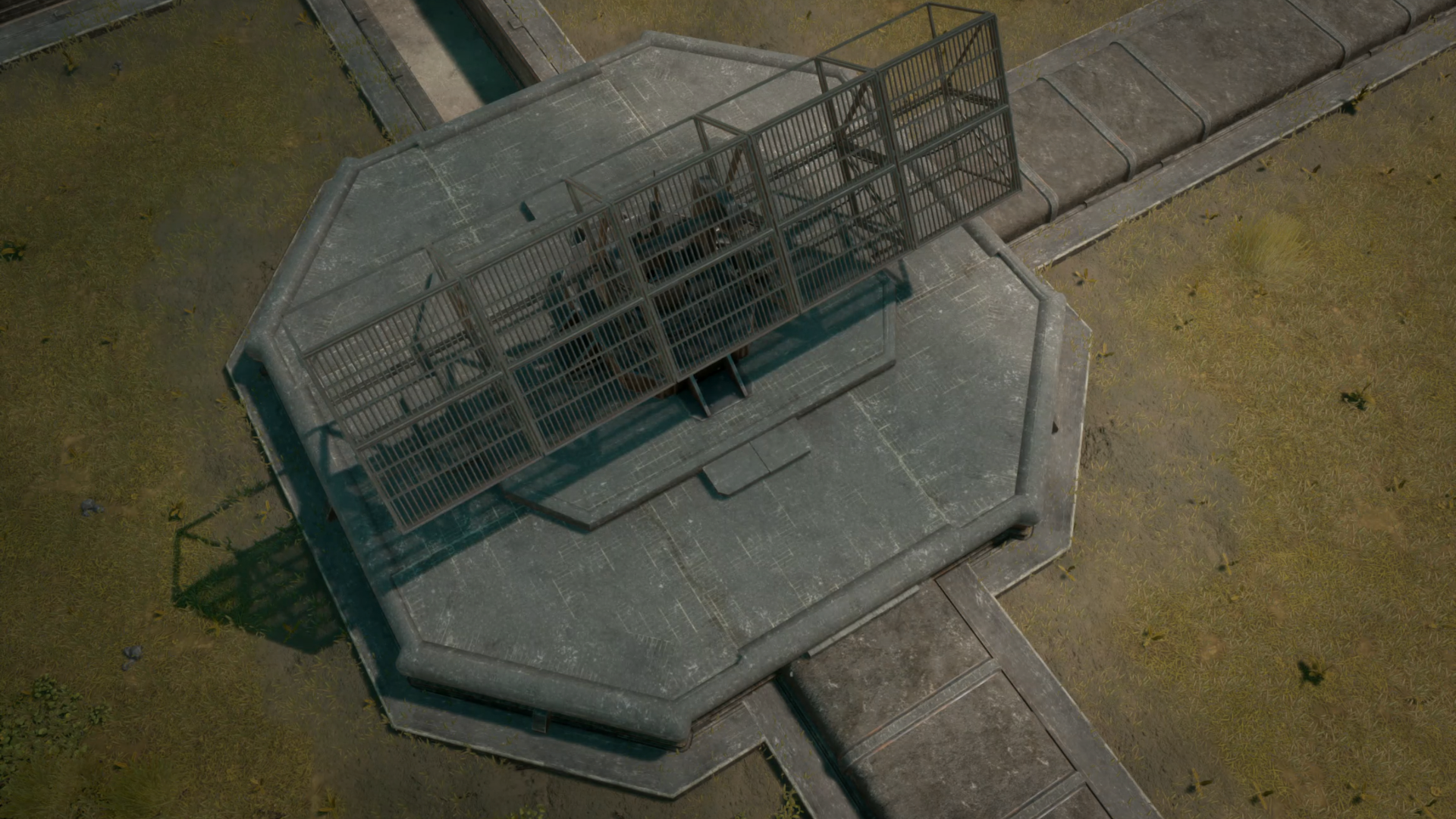 FRONTLINE BUILDING
Builders can now utilize Sandbags, Barbed Wire spools, and Metal beams to build elaborate frontline fortifications. These new fortifications offer several key benefits over conventional structures in Foxhole, including the ability to dynamically scale, bend, and snap, as well as being able to be built in strategic locations like bridges. 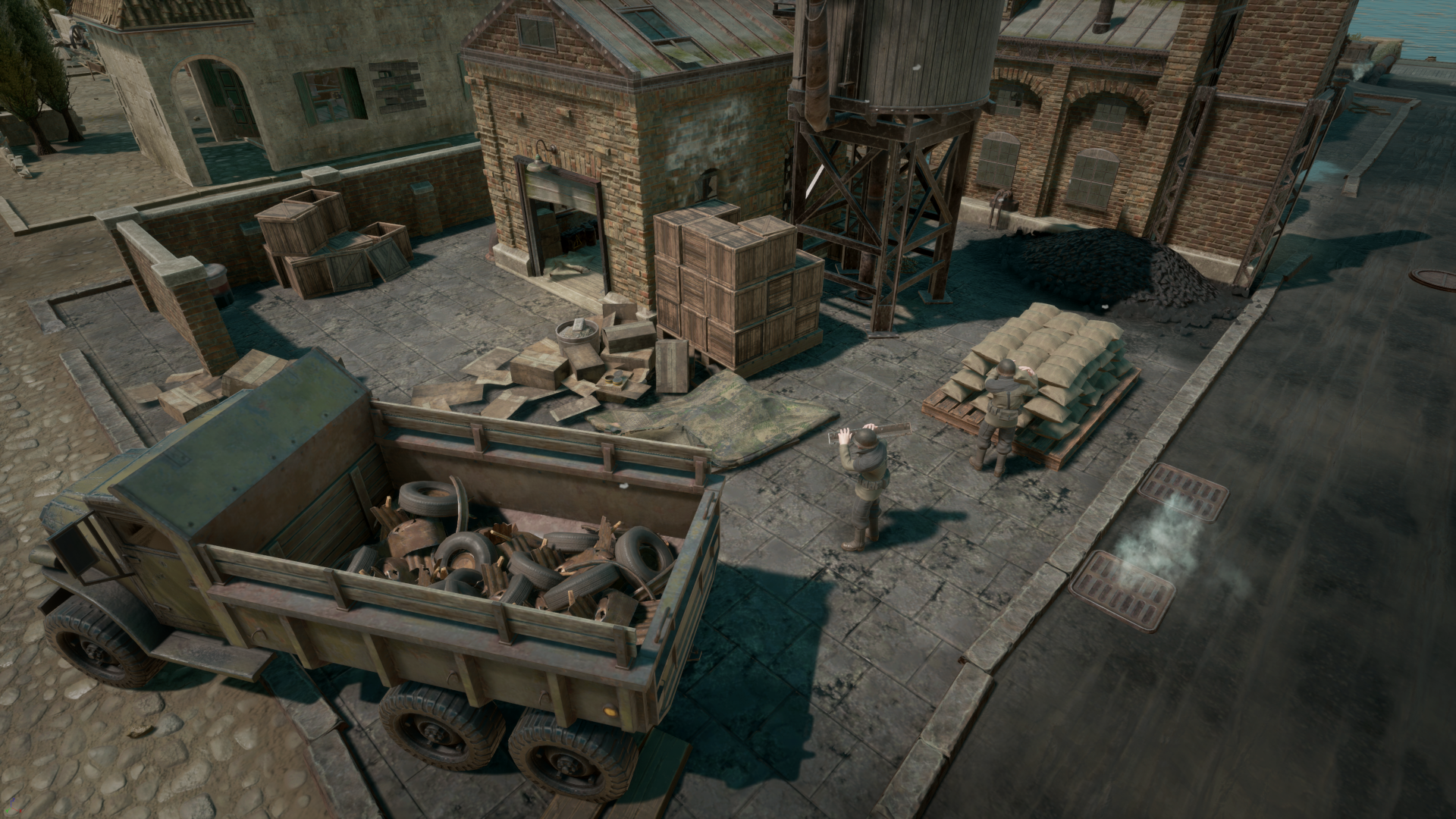 FOXHOLES
Soldiers can now use their shovels to dig out small dug outs in the ground that can be used for basic cover against enemy artillery and gunfire. 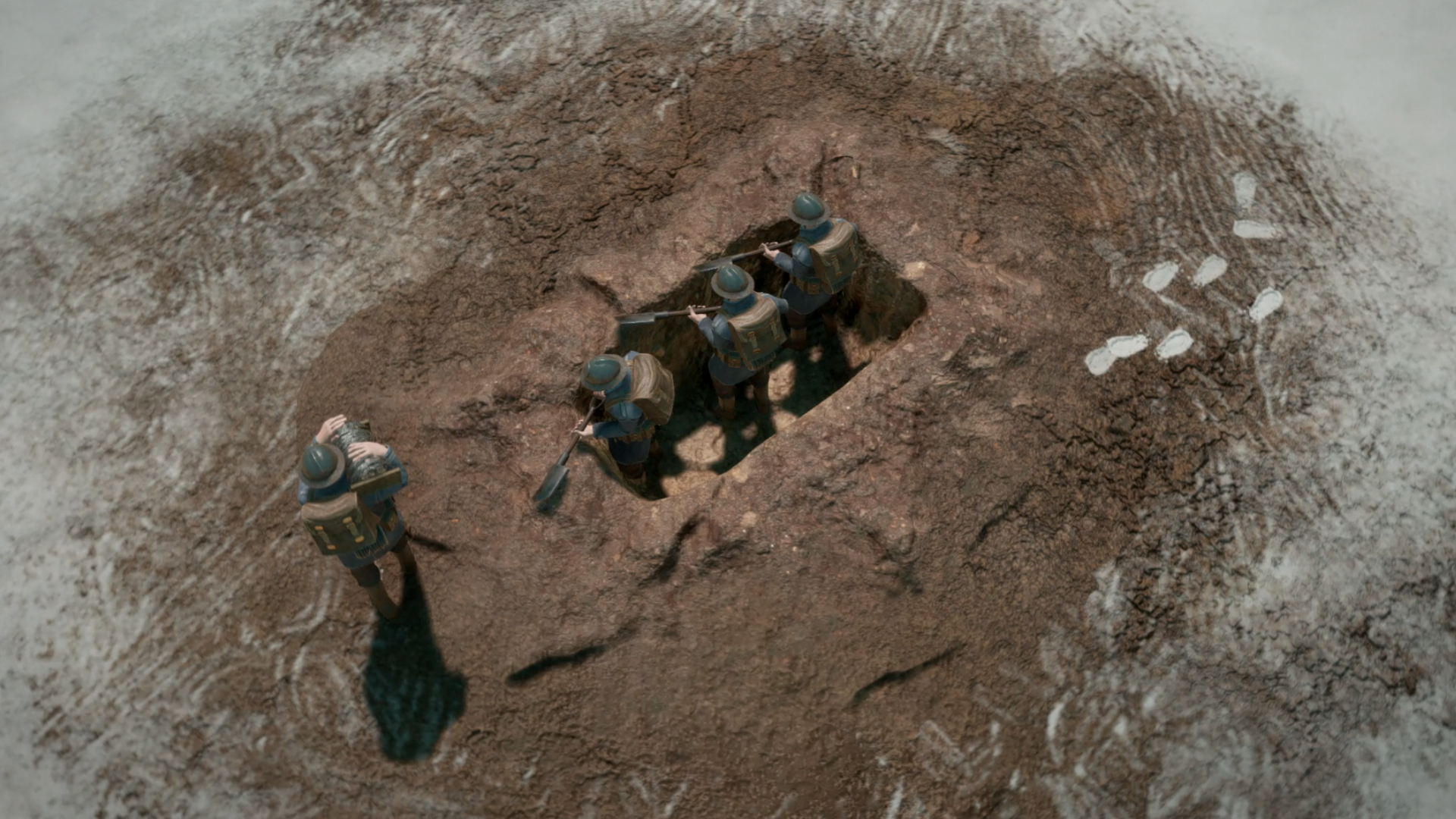 PILLBOXES
New stand alone garrisoned defenses are available, allowing even more flexibility when fortifying the front line. These include Rifle, Machine Gun, and AT Pillboxes. 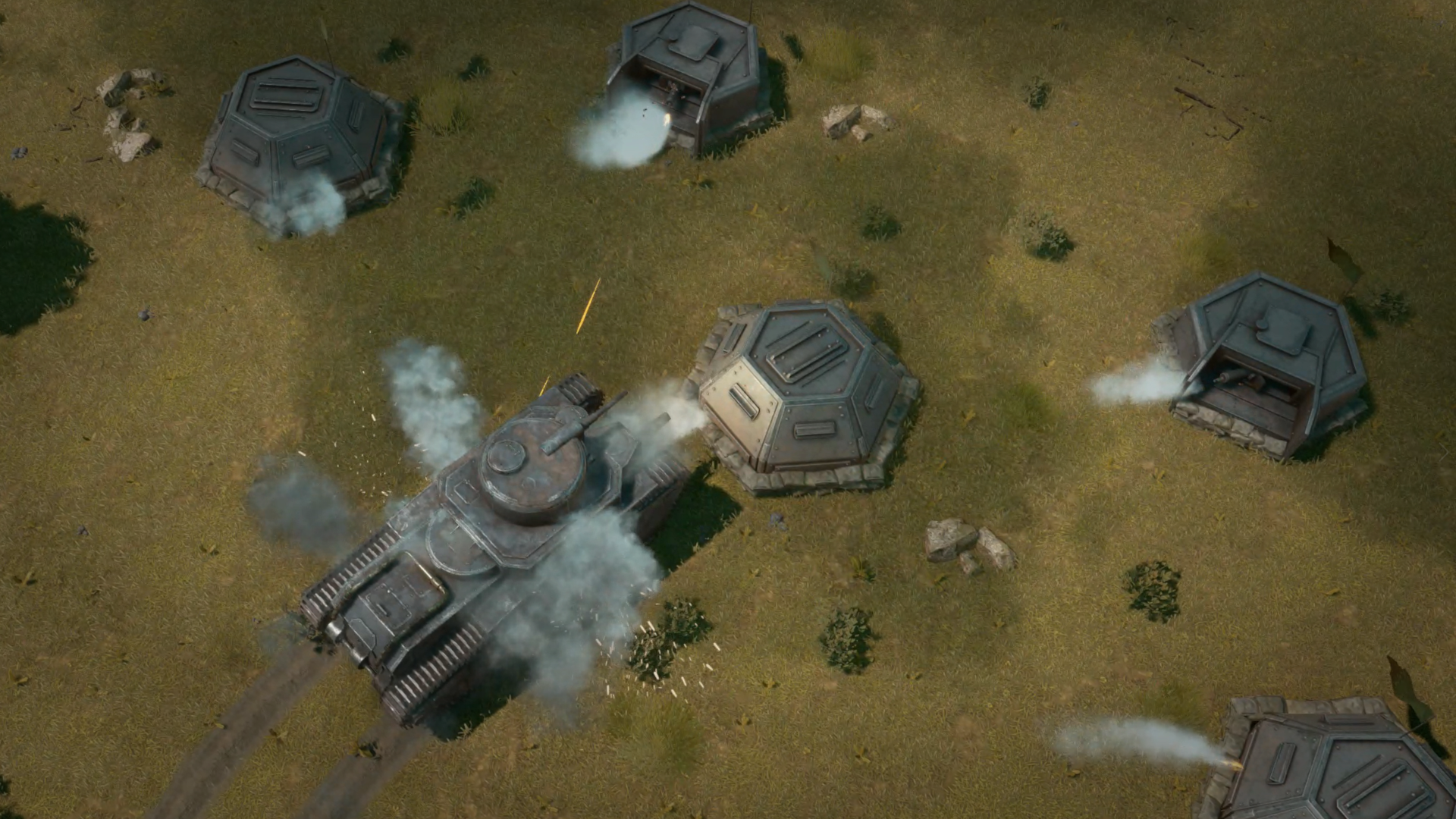 COLONIAL HEAVY LINE TANK
Unlike the 85-series, the Bardiche sports a heavier, more durable build and is fitted with a coaxial heavy machinegun along with a powerful, short-barrelled 68mm turret. Modern Kraunian engineering allows for a fast reload, making it an ideal tool to combat enemy armour. 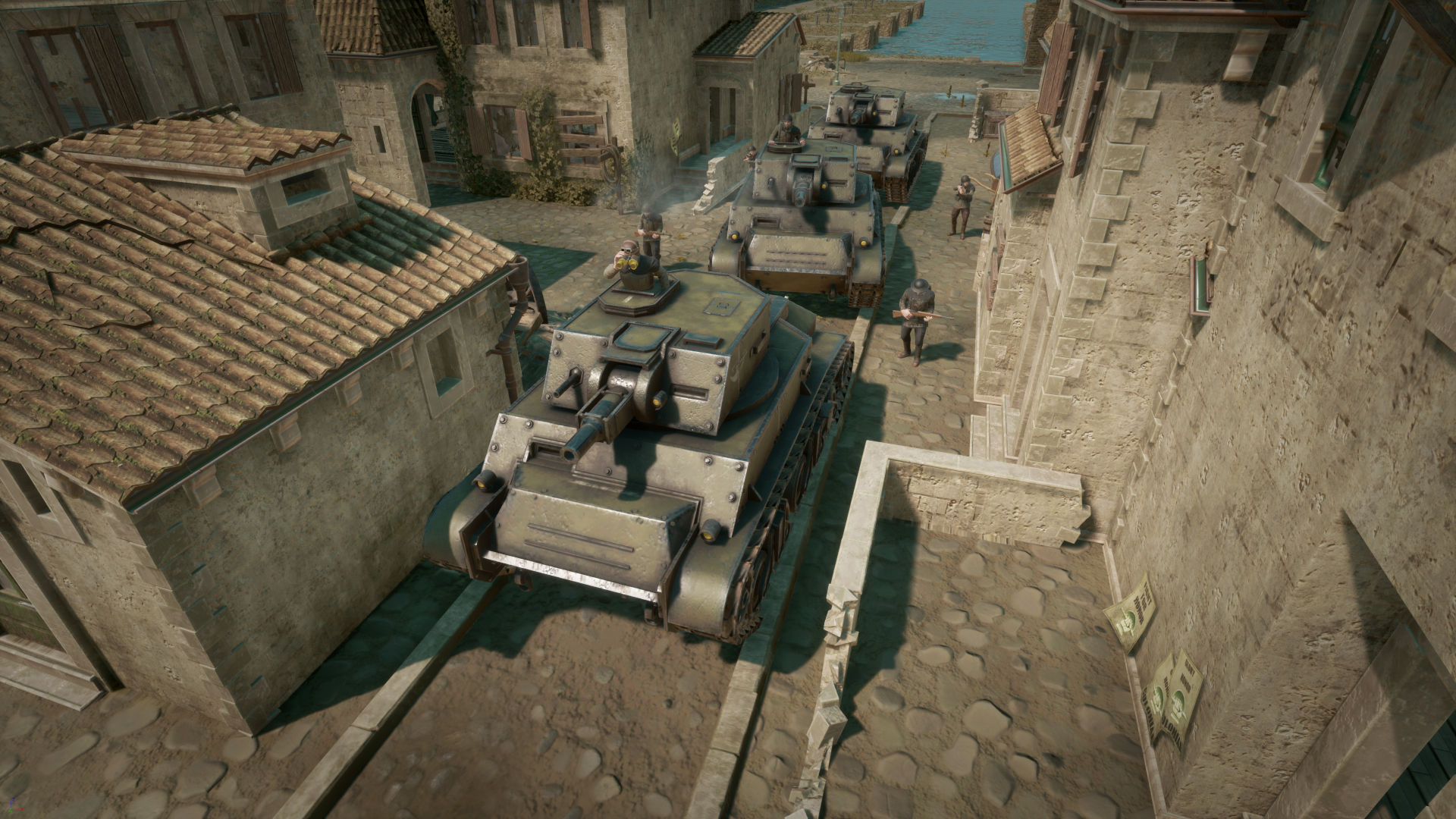 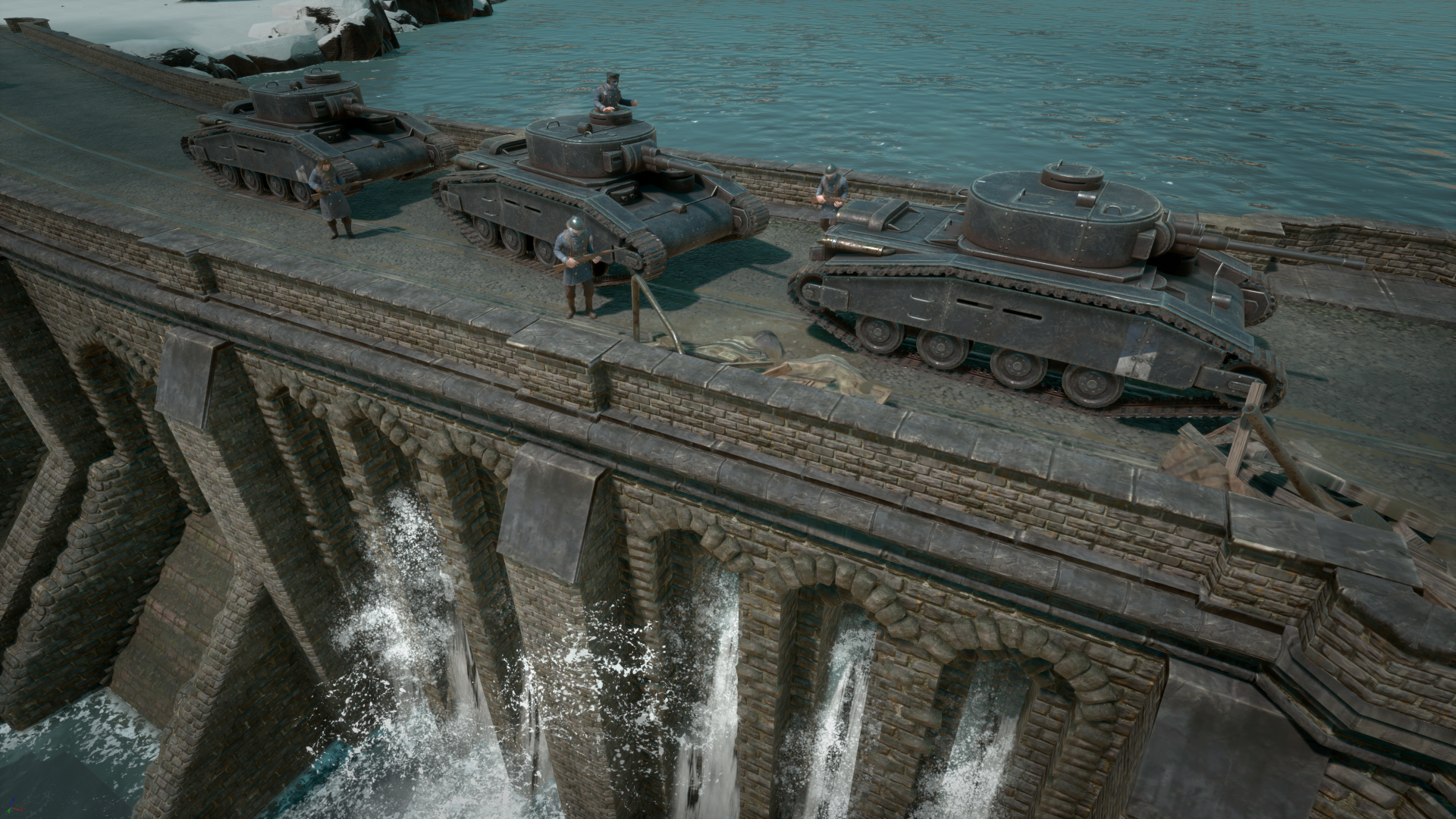 NEW RIFLES
New rifle classes have been added for each faction, including new Long Rifles, Heavy Rifles, and Automatic Rifles. 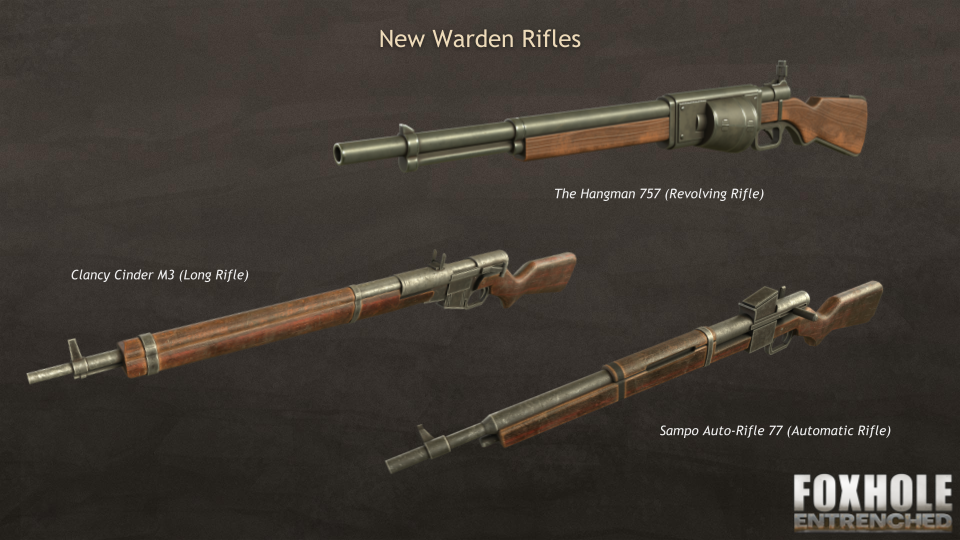 TACTICAL CAMERA
The in-game camera has been completely redeveloped from the ground up. The new camera removes the need to corner aim and provides better situational awareness, giving players the information they need to make better tactical decisions on the battlefield. 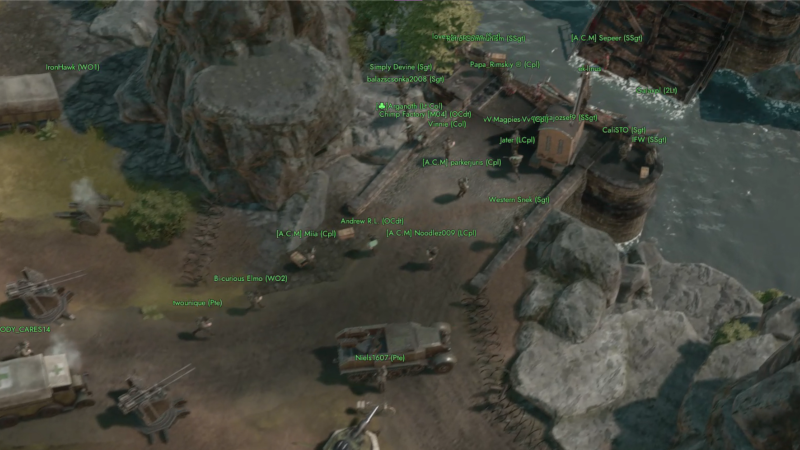 RELEASE NOTES
There many other features, content, and bug fixes in this update. Read the full release notes[www.foxholegame.com] for the details.