We are excited to finally drop this update!
This update will lay out some of the groundwork for the upcoming new survival chapter that we are working on right now. In this update we did a ton of bug fixes and improvements. We also added a few new fun things to survival mode like the Beacon and the Logbook! We know this is not a huge update. But rest assured that a big survival update is in the works with a lot of new content and it’s shaping up to become something amazing!


Beacon
Beacon is a very useful new interactive part that will help you set navigation waypoints in the world. This will make exploration much easier. It can now be crafted in the Craftbot! 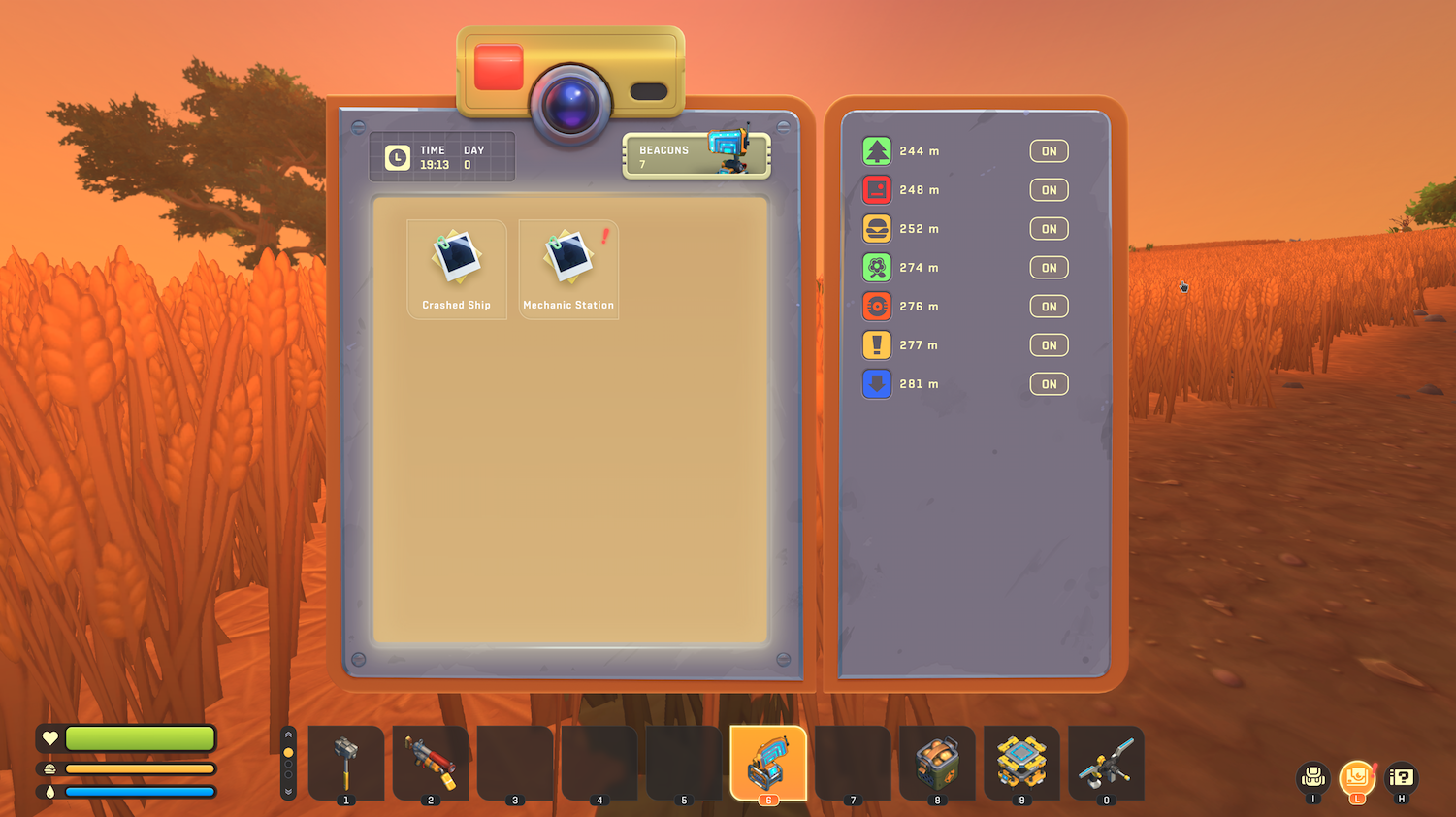 Logbook
The Logbook can now be unlocked in the crashed ship.
It will store all quests that the mechanics will find in the world. It also lets mechanics manage all active Beacons in the world. The logbook will be very important in the next chapter where quests will be introduced.


Oil in Desert Biome
We heard you! A lot of Mechanics wanted to pump oil from the ground. That is now possible if you can find a desert biome with an oil pool. You will not need to start a new world. Good luck on your adventure!


6 New T-shirts
Green Garment boxes are getting 6 new fresh T-shirts added
with this update for your Mechanic. Collect them all to complete your garment collection!


Upcoming updates
We also want to take this opportunity to mention two other updates that are in the works right now outside of the new chapter. The first one being the creative mode update where we will introduce water and a few other surprises. After that we will release a Challenge mode update with 10 new challenges making it a total of 50 challenges. If completed, the Mechanic will be rewarded with a special gift!


We will be back soon with more Scrap Mechanic news!