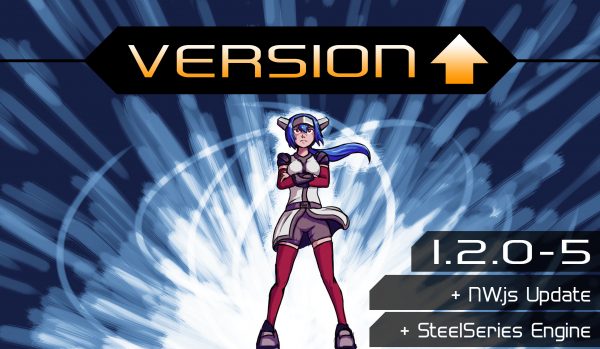 as we announced a few weeks back, we finally follow up with the small promised technical update of CrossCode! With version 1.2.0-5 we update NW.js to a newer version and also add basic support for the SteelSeries Engine.

NW.js Version update
With this version, CrossCode now runs with NW.js version 0.35.5, which hopefully fixes some of the memory leak issue several players have reported on Windows, as well as crashing issues on Linux and OSX. If you have issues with the new version (or past issues remain), please let us know via E-Mail (contact@radicalfishgames.com) or in the Steam Forum.

For users of the nwjs_old branch, things stay the same.

SteelSeries Engine 3 Support
SteelSeries Engine 3 is a tool that let's you adjust all the funky periphery that SteelSeries has to offer. It also doubles as a kind of local server, allowing applications to register themselves as "Games" and illuminate your hardware. SteelSeries asked us to integrate this into CrossCode and being avid gamers ourselves the only logical answer was to say "yes".
All jokes aside, what this means is that we can highlight certain keys on your keyboard based on in-game context. We are currently supporting all Steel Series Keyboards that have Per-Key-Lightning. 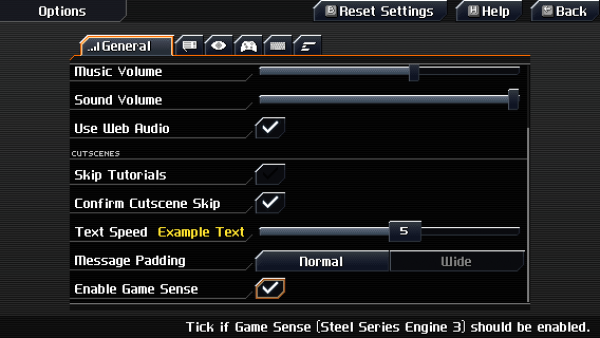 Once Game Sense is activated in the options menu of CrossCode your function keys will turn into a Health-Bar, while the number keys will light-up to the corresponding element. Future updates might extend this feature as players request cool stuff or we come up with more ideas.

Big thanks to SteelSeries who provided us with the hardware and tech support to implement this.

And that's all for this update! Sorry for the lack of new content, but as we mentioned before: new things are being worked on! Expect more in 2020!