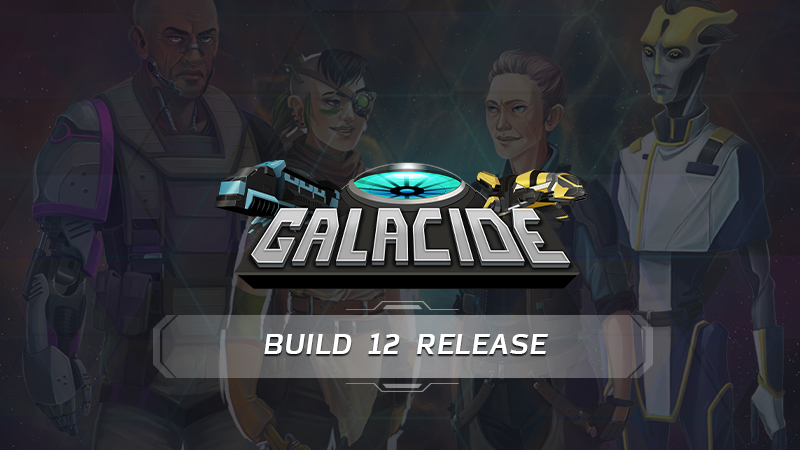 We’ve had a big release on other platforms[galaci.de], and brought the improvements made along the way to the Windows version as well!

We’ve been lucky to work with 3 talented voice actors to bring the characters of Edrist, Ajax, Konel, and Bucket to life. Now, playing through the campaign sounds wrong without them. Their websites as well as many other changes you can check out below!

Unfortunately, this update is not yet available for Linux. We hope to bring that, and a Mac version to you very soon!

This is an exciting update that should bring a lot of energy to Galacide. Check-in on our Discord[discord.gg] for more updates!

Check out our updates to Dystopia and Blade Symphony that has been released alongside this as well!