Art Competition - Winter Adventure
For the first time since 2015[primalcarnageforums.com] and the second time overall, we're launching another art competition! We figure it's about time for another one. You can check out the last contest's entries on this Trello page[trello.com].

We want to take a moment to commend the previous winner- Kaz:
https://steamcommunity.com/sharedfiles/filedetails/?id=597110627
CONTEST INFO
CONTEST RULES
HOW TO ENTER
PRIZES
We can't wait to see what you guys come up with this time!
Winter Wrap-up
We're now in the fourth and final week of the Extinction Winter Event, which means another set of cool new items is now live. Don't forget to check out the latest lineup and fire sale before the event is over! Who knows when they'll return? 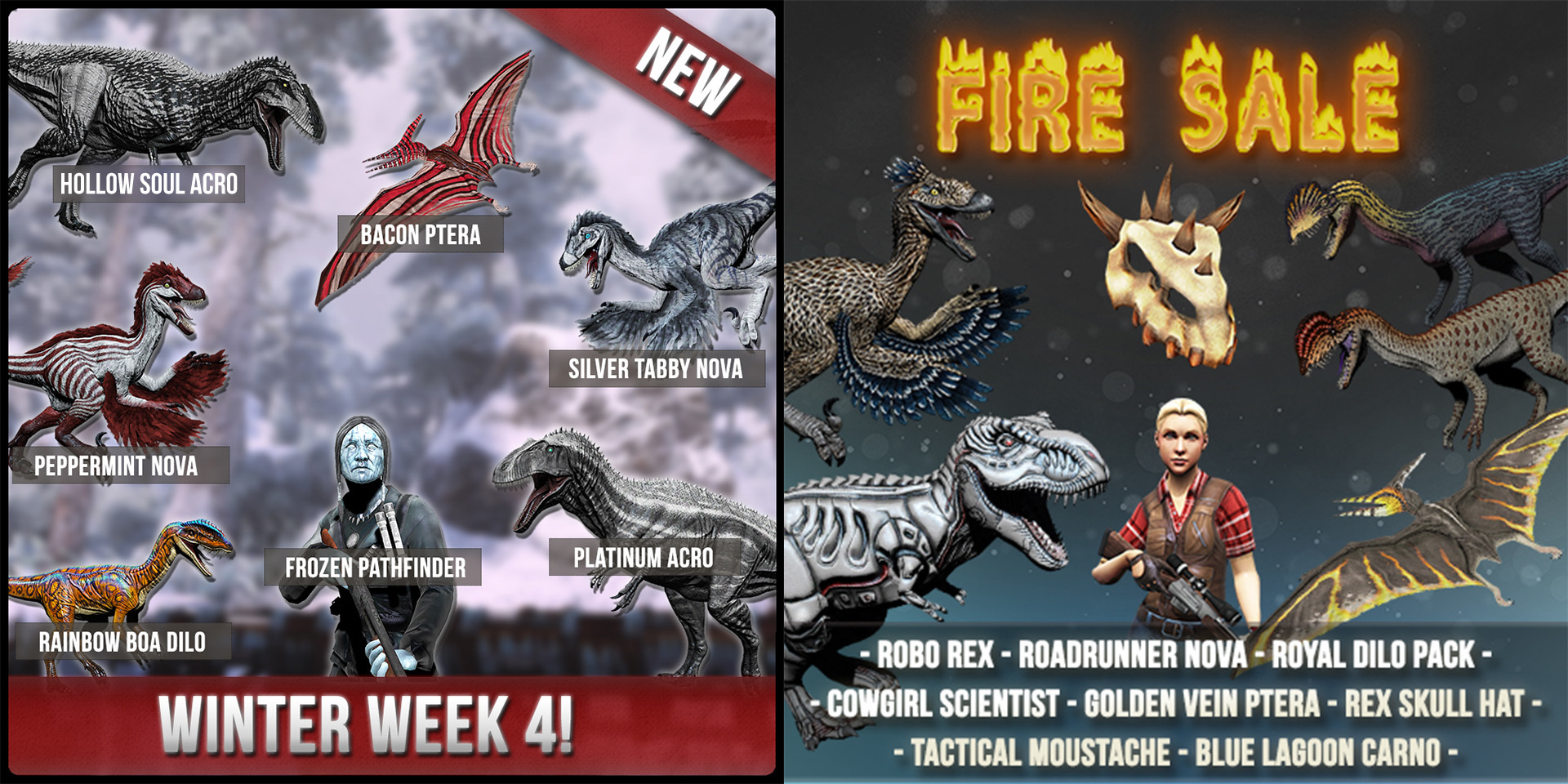 The response to the winter event has been incredible, it's great to see that even after five years, we still have a dedicated community supporting the game. And not just playing, but producing content every day that never fails to amaze and inspire us.

You guys are the best!

From awesome shots in the screenshots section to workshop maps to skins, it just never ends. I'm not saying the community is starting to make better stuff than we do...because I want to keep my job...but it's err close. Yeah.

But forget that thought, check out this small sample of amazing stuff the community's been up to lately!

Also - while winter isn't *quite* over yet, it looks like there's a clear winner for which Workshop item was most popular... it's definitely going to be the Cold Fire Novaraptor. Congrats to the skin's creator, BBQ! 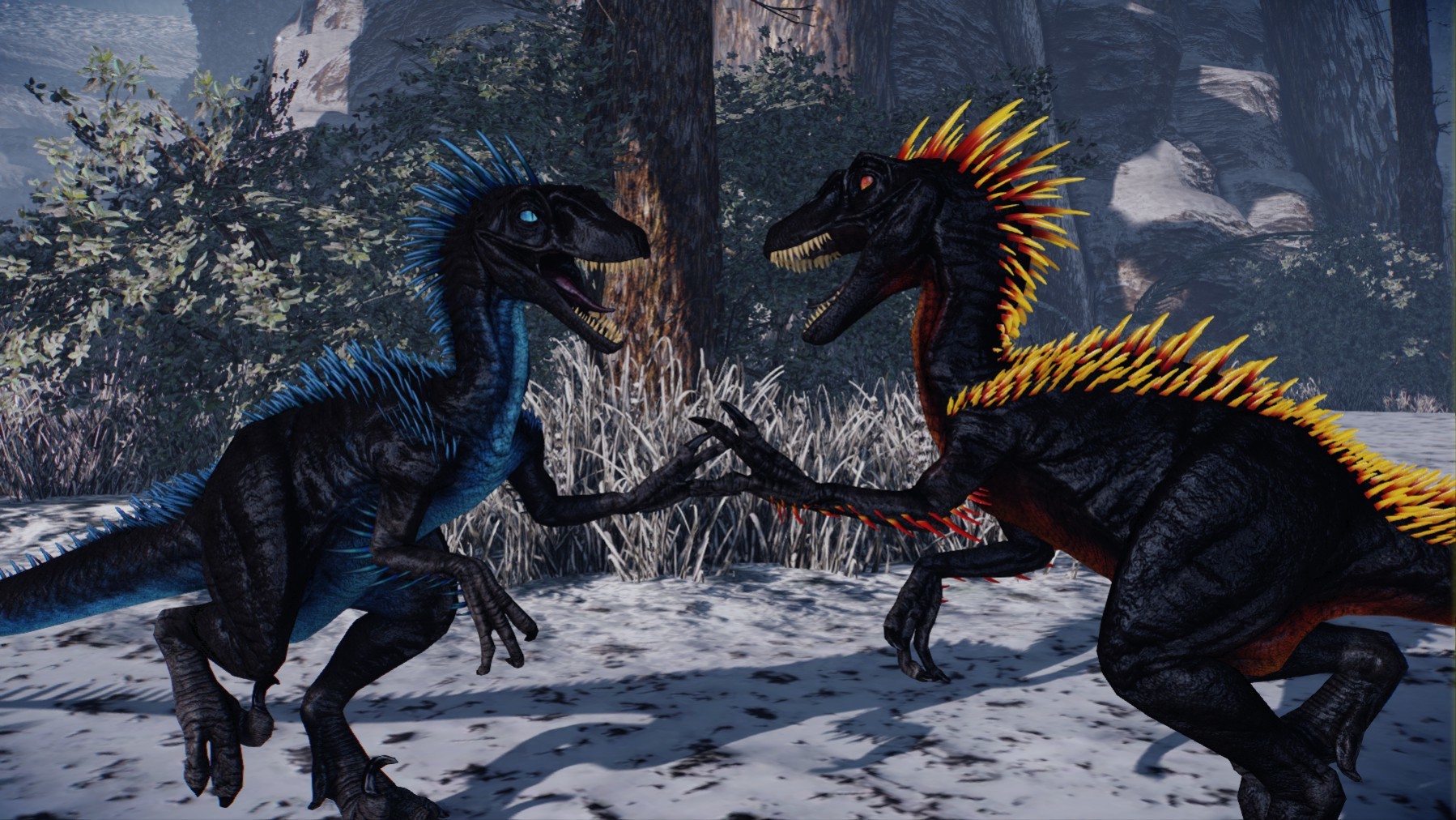 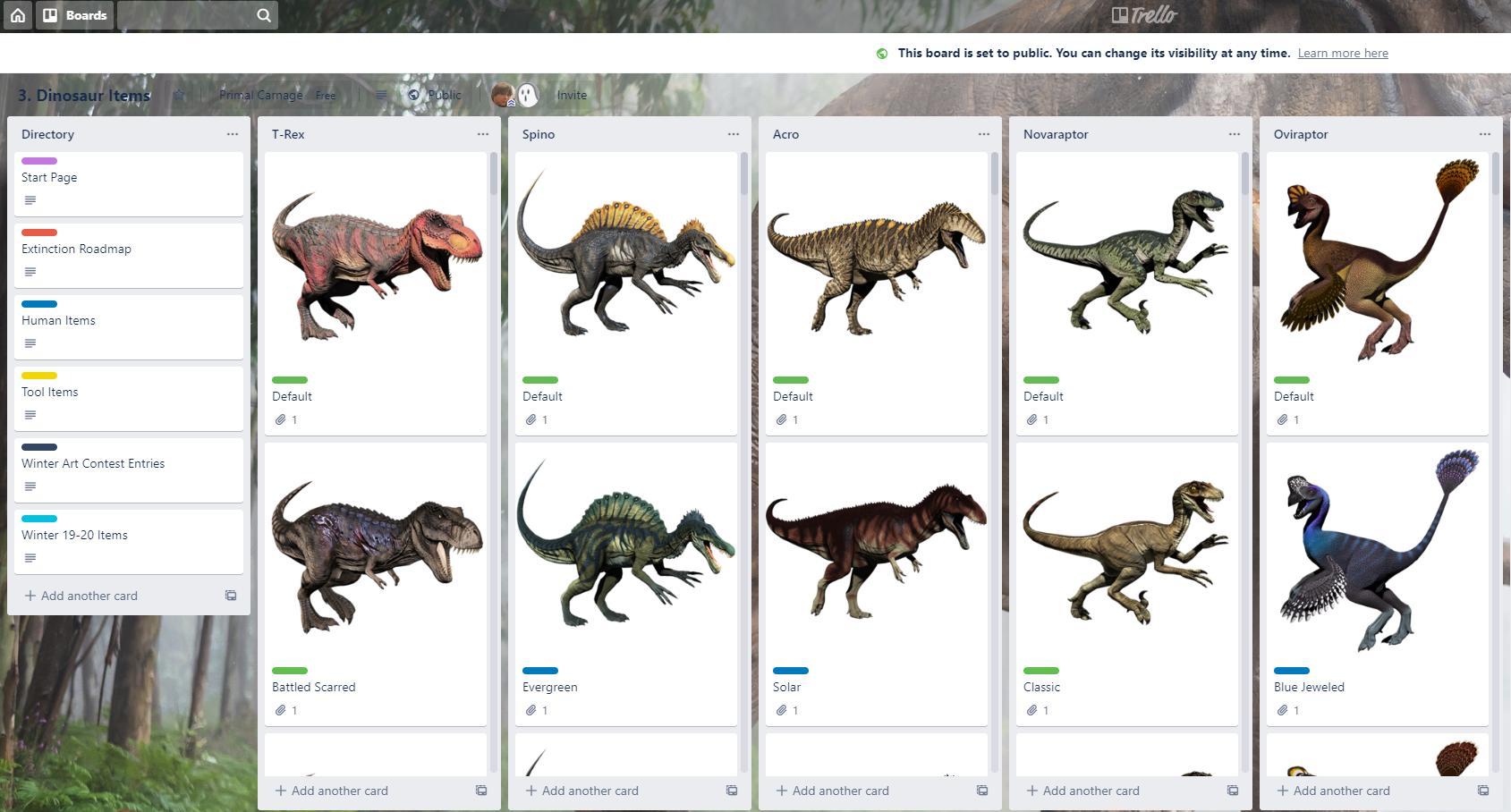 A long time ago we used Trello as a method of projecting a roadmap to the community as well as a place to showcase the in-game items we have available. Unfortunately there was a period where it stopped getting updated and eventually it was abandoned. Not anymore! Now it's completely up to date and will soon have a new public roadmap. Certain events will have pages here as well.

Check out the landing page for the new Trello here[trello.com].

Happy hunting! And once again, thank you to our wonderful community! 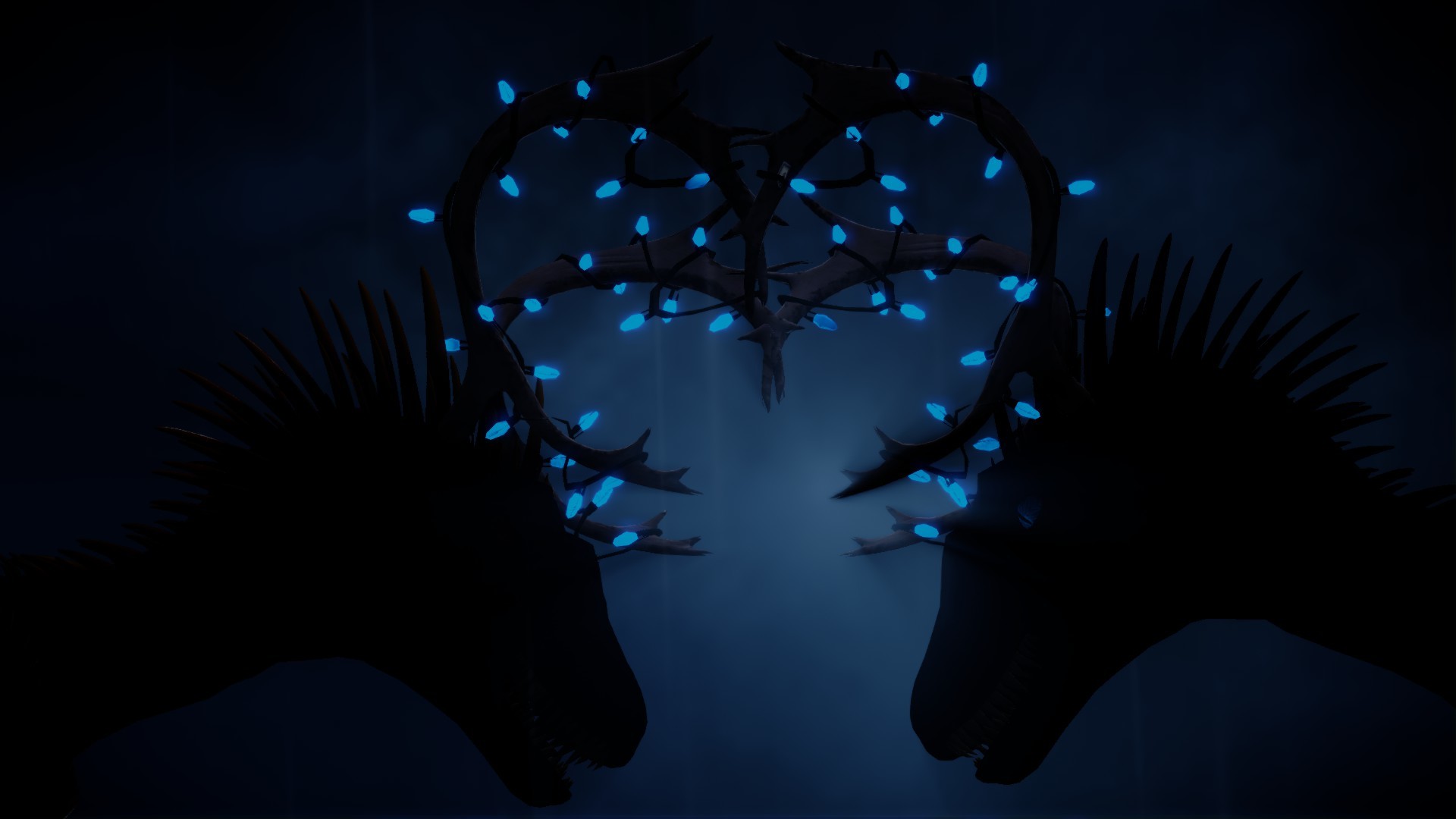 We hope this hotfix makes the winter event much smoother for everyone!

For more information on the latest major update, read the Winter Event announcement. 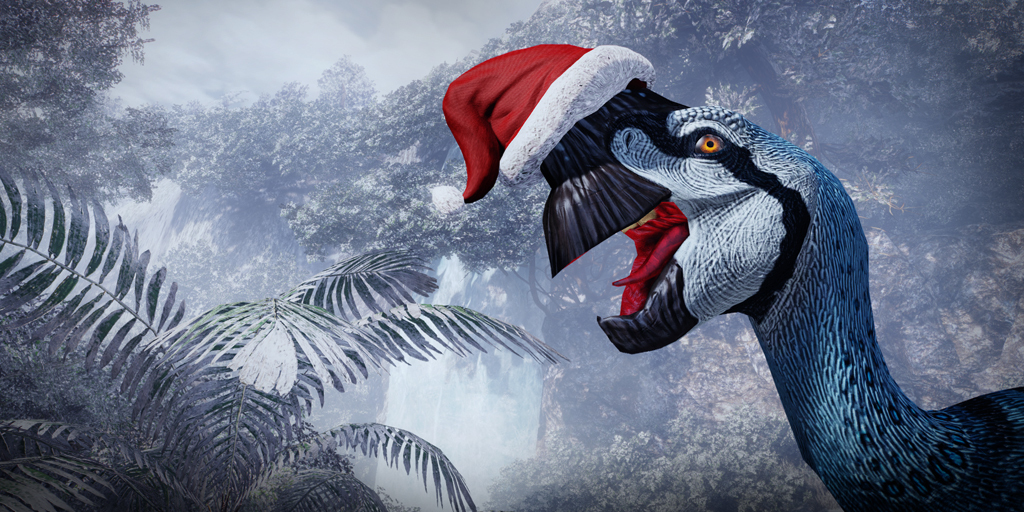 Yes, the decorations should be coming down soon and we're heading into a new decade, but we hope you'll forgive us for being fashionably late. Not only is there a new update, but for the next few weeks we’ll be hosting special community events, introducing new winter store items and running fire sales!

One of the special events will be a new Winter Art Contest (with a fantastic prize for the winner).
Details are coming soon, so keep an eye out!

And to read all about the dozens of gameplay changes, balance tweaks and bugfixes that come with the winter update, see the bottom of this post for the full changelog.

Now, it wouldn’t be the holidays without presents.
And speaking of presents… 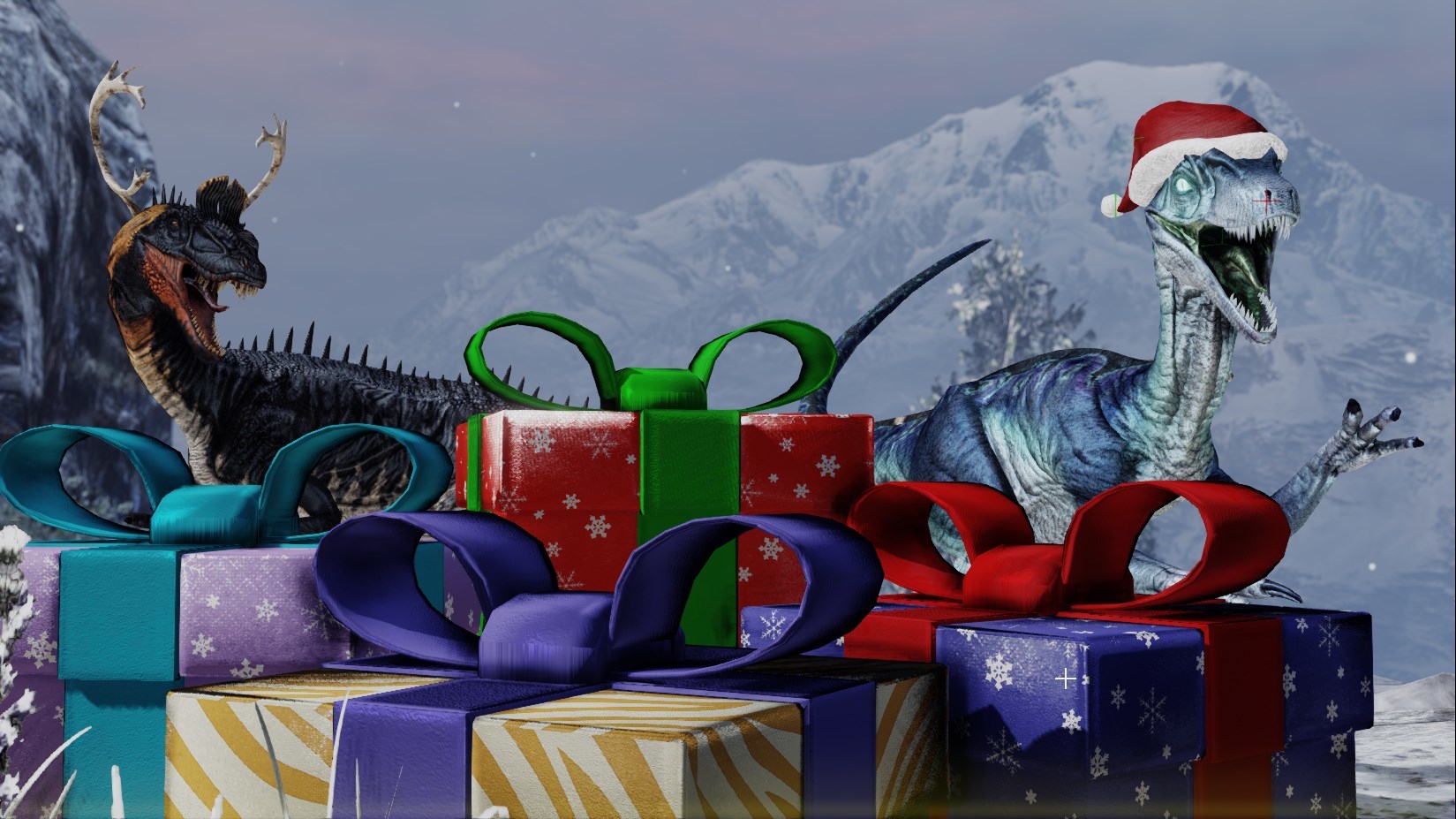 By popular demand, ALL gifts from past Winter updates have been brought back with the original 2015 gift 30% off right off the bat. In the past gifts awarded up to 16 players an item from that gift's selection. This year with their return, we decided that 16 seemed a little low, so to further celebrate the season of giving we’ve bumped that up to 24.

Gifts are also now fully altruistic, making them a true act of generosity. The player who opens the gift is blessed with a warm feeling inside, knowing they have brought a little joy to the world.

In addition to legacy gifts returning, we also have an all-new gift debuting this winter. This gift has some items from the past and some exciting ones that have never been seen before! 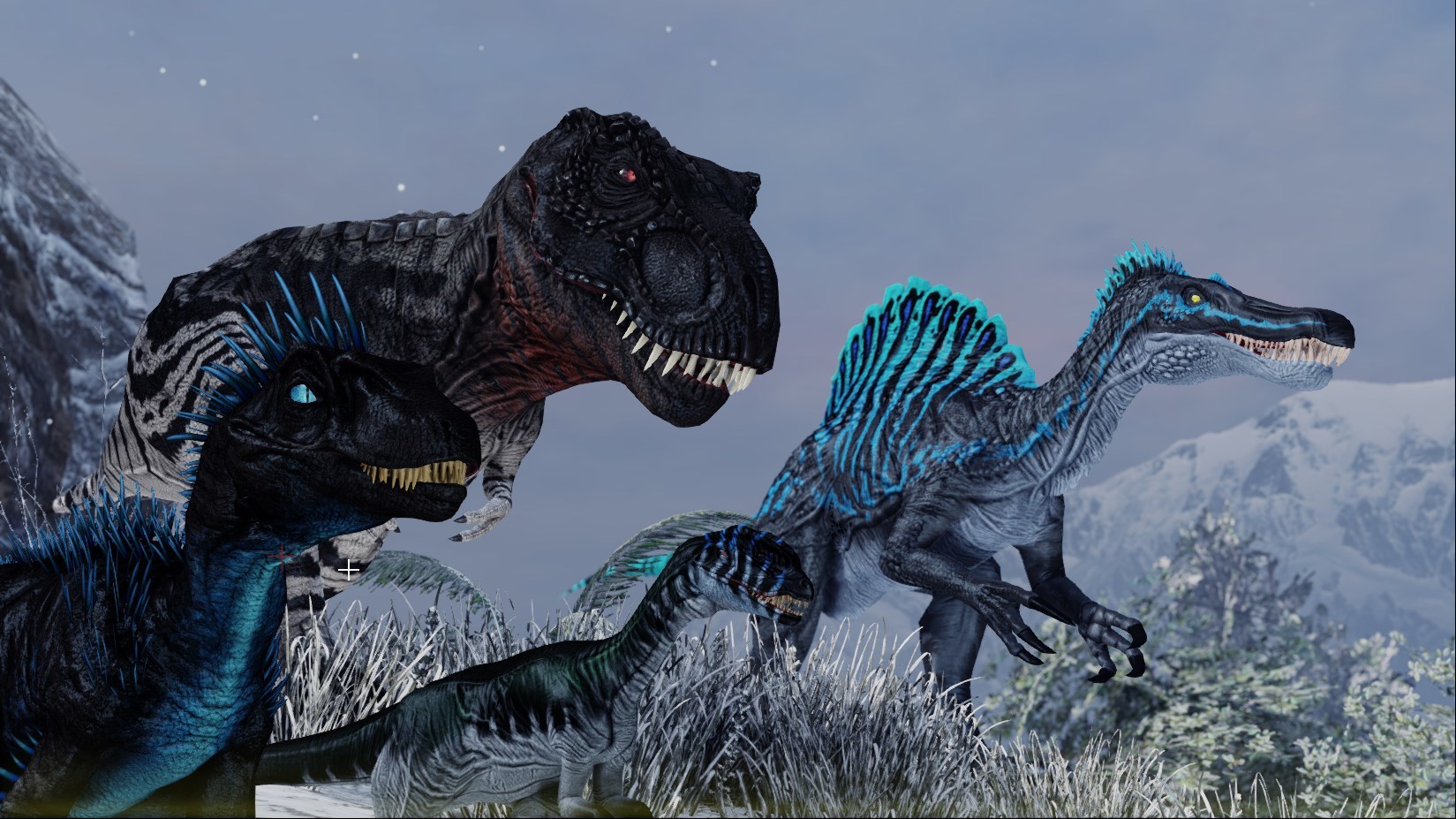 A wide range of new skins, accessories and taunts arrive with this update, and over the next few weeks we'll be running FIRE SALES on selected items in the store!

Both new and old items for a variety of classes will be rotating through, in addition to discounts on various winter themed items and cosmetics. Grab some hot deals while you can!

Keep an eye out for announcements on the in-game news ticker, the Primal Carnage: Extinction Discord[discord.gg], Facebook[www.facebook.com], or Twitter to know when new deals go live! 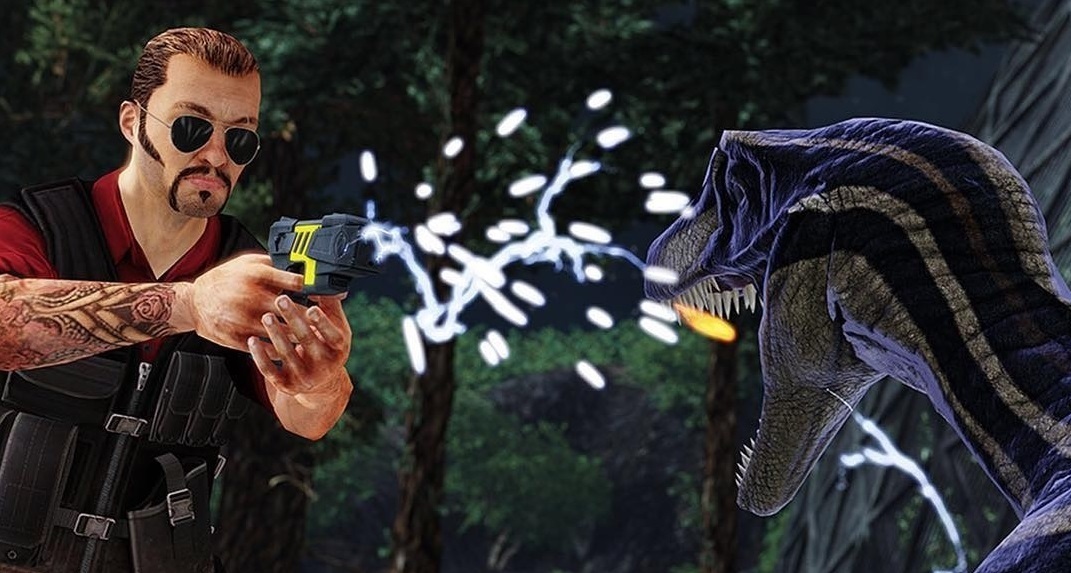 We hope this update warms things up!

And if you’ve yet to enter the Carnage, or have a friend who hasn’t had the pleasure, you can still enjoy a cool 50% off the entire Primal Carnage franchise for the rest of the Steam Winter Sale! 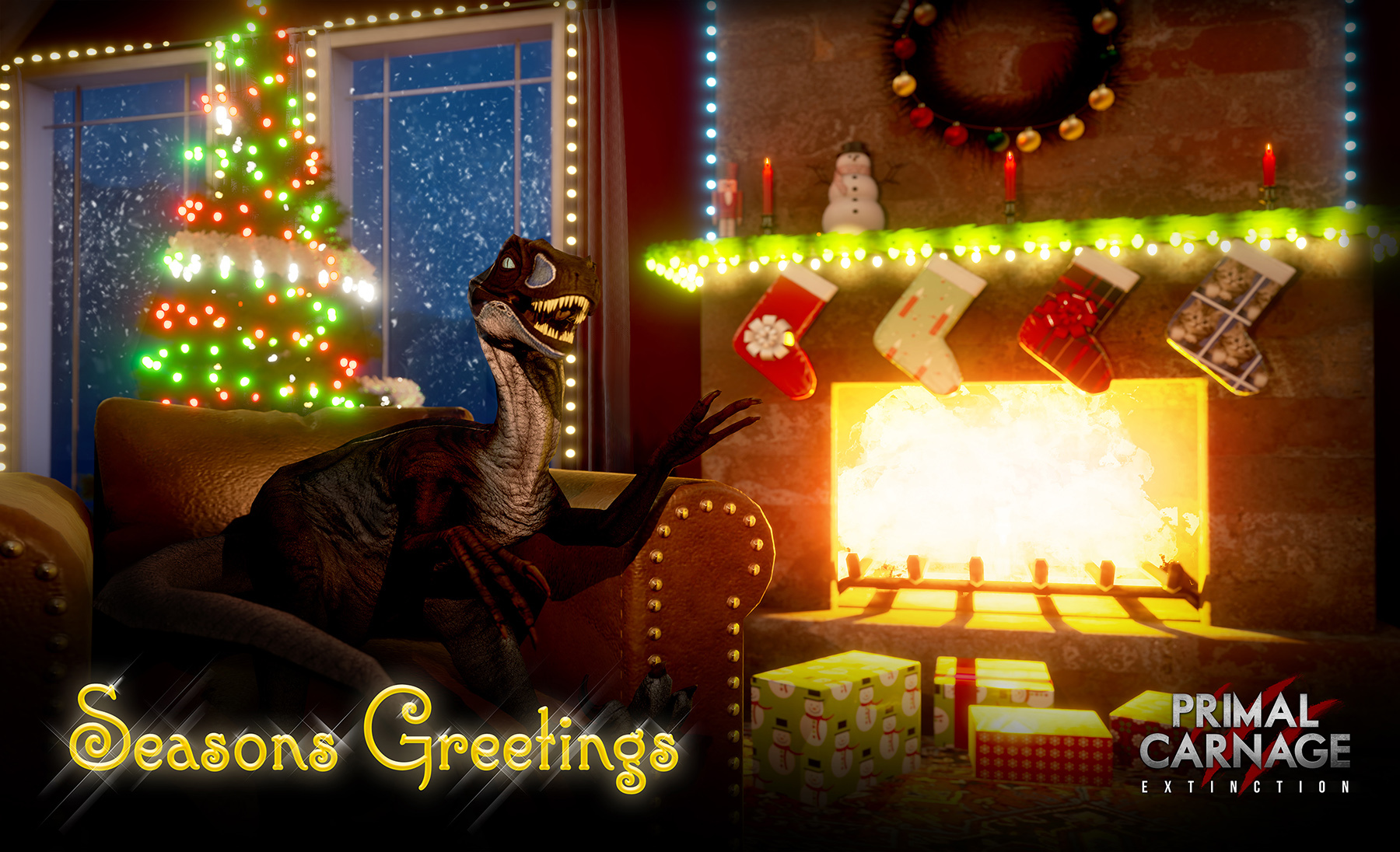 Finally, from the whole Primal Carnage team,
Have a merry new year!

So, if you have never enjoyed the thrill of stepping on someone as a ten tonne dinosaur, or know a special someone who might be interested in some dino stalking but hasn't yet entered the carnage, now is the perfect time!

And don't forget, the winter update for Primal Carnage: Extinction is just around the corner!

We'll be back in only a couple of days with the full change notes for version 1.12, bringing a number of long-awaited fixes and quality of life improvements to the game. We're excited to see how some of the gameplay tweaks we've been trying out in Open Testing fare, once they are unleashed into the wild!

Also, if you haven't already- don't forget to check out our Discord![discord.gg]

Ανάρτηση σχολίου
Winter Update Teaser
18 Δεκ 2019 στις 6:35 - dinosauriac
A cold, dark chill is in the air. Winter is here, and the next Primal Carnage: Extinction game update is nearly upon us! With just a few days until the launch of our latest winter event, here is a little tease of what's stalking your way soon...

Some of you may recall that Santa loved visiting our dinosaur island so much he decided to set up shop away from the north pole. Even trading reindeer for pterosaurs as our live-in festivity officer for a couple years there and keeping temperatures on the.. uh.. cool side. Fear not though, as winter will only last but a month this time round. The dinosaurs have started regarding jingle bells as the dinner bell at this point, so it's probably safer this way.

During the winter event there will be numerous discounts available from the in-game store, with new deals regularly appearing, so check back often if you're on the hunt for a new look!

In addition to a fountain of new festive fan-made skins, you can expect more game fixes and rebalancing. Issues with features such as tyrant roars have been resolved, further improvements to Capture The Egg mode are on the way and it's easier to find pickup items with them now being highlighted when you are low on health or ammo.

But this is just the tip of the iceberg, be sure to read the full winter update change notes on release!

Also, if you haven't already- don't forget to check out our Discord![discord.gg]