Welcome to Easter Island - now available in-game! From an unprecedented number of unexplored underwater relics to the unrelenting lava flow destroying the Northern shore, this map is quite an adventure.

To host a server running the map add its workshop file ID (1983200271) to the File_IDs list in WorkshopDownloadConfig.json, and set the map to Easter Island in Commands.dat.

This project was created by Steven "MelonCat" Nadeau, Thom "Spebby" Mott, Ben "Paladin" Hoefer and Nolan "Azz" Ross in collaboration with Smile Dev and with thanks to Doug Soderstrom, Danaby2, Madison "Froggo" Wilder and Timo987.

If you enjoy the map and would like to support them, consider checking out the Mystery Box or Bundle on the Stockpile:

See all 112 comments
3.20.1.0 Update Notes
Jan 17 @ 1:05pm - SDGNelson
Foliage:
Official maps using the newer foliage system have all been updated to improve file IO performance. Beforehand each map had many separate files for individual regions. Afterward each map has only a single file combining all of them. This significantly speeds up the "validate game cache" process, downloading updates and downloading workshop maps. 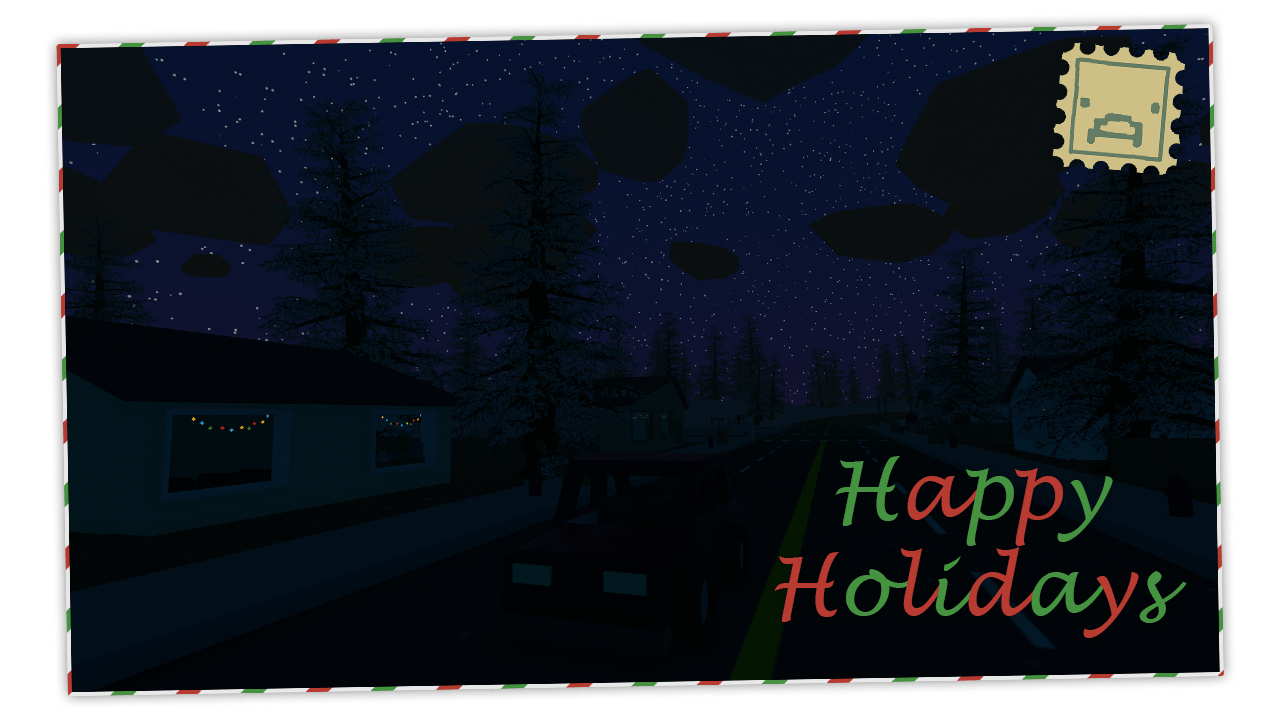 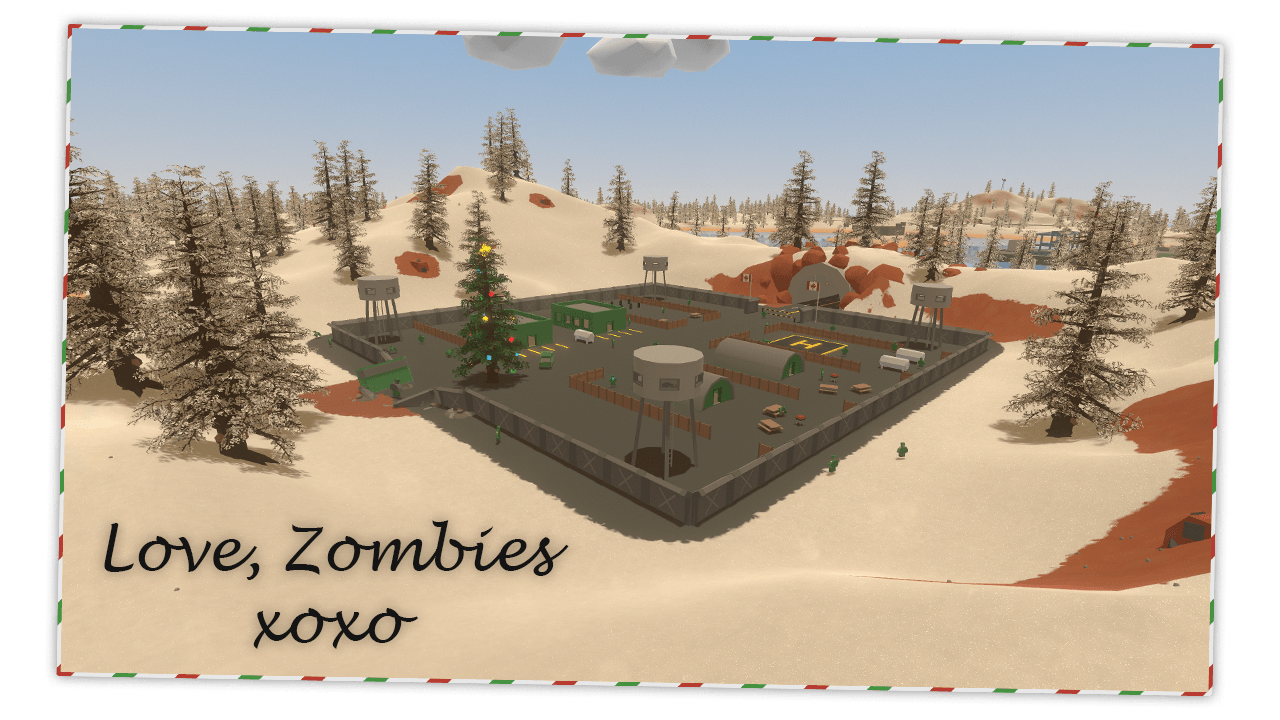 Throughout the winter holidays each level is sporting some seasonal decorations, from gifts of weaponry under trees to NPC outfits. Cosmetic present boxes are also dropping for a limited time.

Unlike past years where certain maps had a separate decorated version, PEI is using a new "redirector" feature that changes the map for the duration of the event. This allows saves to transfer, and for the map to be replayed in subsequent years. 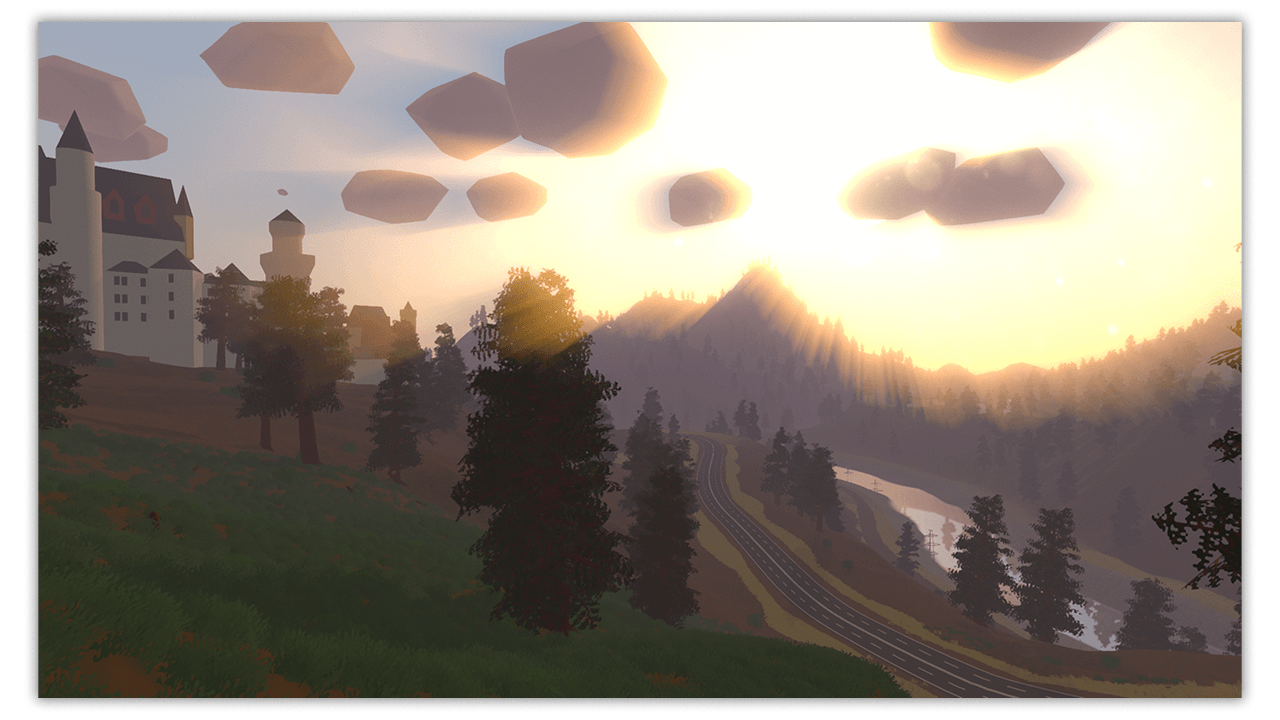 Historically height fog and distance fog have been configured separately, and were optional. Creators can now enforce fog from a thin morning mist to a thick soup.

Vendor Currencies:
NPCs trading for experience does not exactly make a ton of sense. 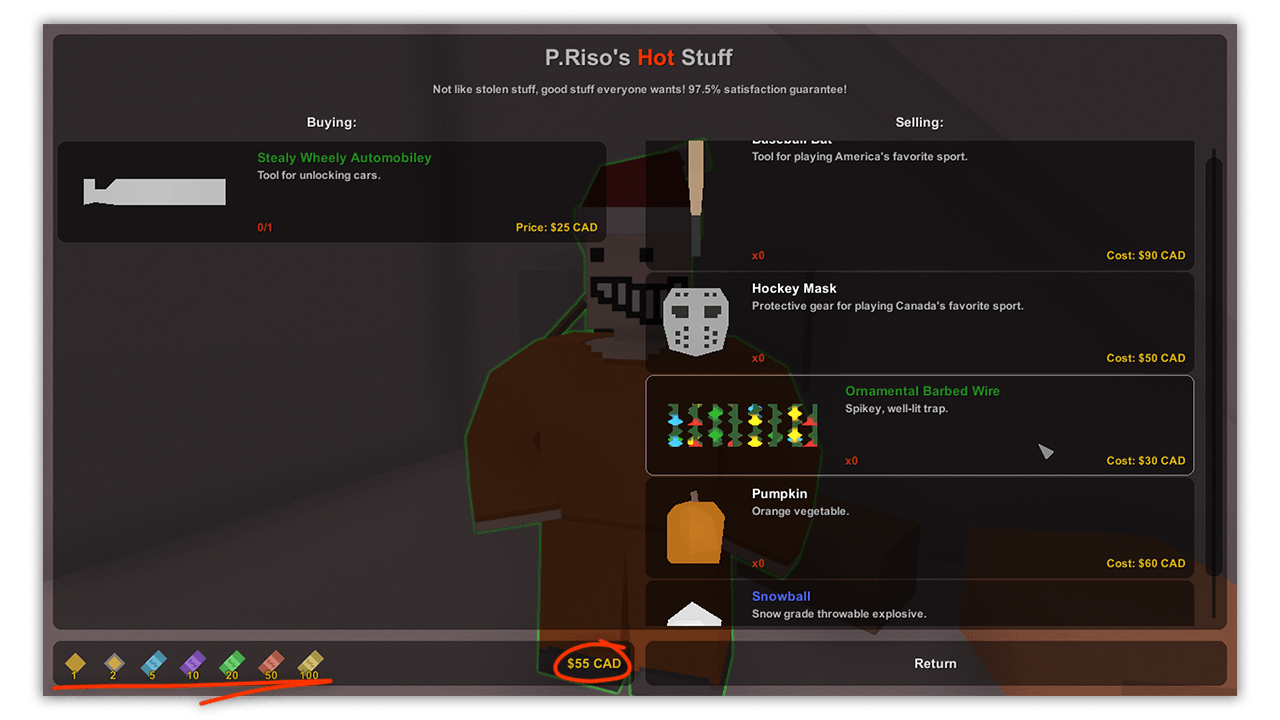 Originally the idea with the Liberator was a somewhat socialist mix of "helping out the community builds experience" and redeeming favor for items. Starting with P.Riso however, NPCs can instead trade for arbitrary "currency" items whether that be the Canadian ones, or a custom set.

Steam Inventory:
Upgrades for the in-game Steam inventory view.
Respecting the Geneva Conventions:
Unturned has been unwittingly misusing the Red Cross symbol in-game, which has now been corrected. The Red Cross is a humanitarian organization, and preserving the meaning of the symbol is important to protecting their personnel and patients.

Affected in-game assets include the healthbar, ambulances and medical tents which have been converted to hospital H's. If you find other uses in-game please let me know.

Quality of Life:
Pressing the Up and Down arrow keys in chat cycles through previously sent messages. This is intended to make it easier to send repeat commands.

Maps in the Singleplayer menu have links to browse internet servers running that level. For maps with complex names this should make it easier to find matching servers.

The minimum level of detail (LOD) screen size has been doubled, and player models maximum draw distance matches structures. Raising the minimum LOD seeks to prevent players from being seen before structures are drawn in. Likewise the maximum distance can no longer be raised separately.

Official proper documentation for server hosting has begun, and is linked from the Servers menu.

To help avoid miscellaneous issues that occasionally arrise related to resolution, several overrides have been added.
New Gameplay Options:
Allow_Per_Character_Saves is enabled by default, but can be disabled to prevent multiple characters per account from being used to store items offline.

Group_Player_List can be disabled to hide group alliances from the in-game player list.

Friendly_Fire allows groupmates to damage each other when enabled.

Increased control over vehicle settings can now be done in bulk with this new asset type. In particular most of the vanilla vehicles have been changed to front-wheel-drive for stability.

One of the goals introducing profiles is to improve the handling of vanilla wheeled vehicles. Feel free to experiment with the default profiles, and propose changes to them.

Several new scripts have been added to the built-in package. These allow custom interactable objects to run extra commands now, and for chat messages to control objects similar to the Russia easter egg quest.

When tuning assets in singleplayer the "/reload" chat command can be used to quickly reload changes to a single file. It accepts a GUID or a specific directory path to reload. For example /reload a gun asset and then equipping the gun will use the new values. 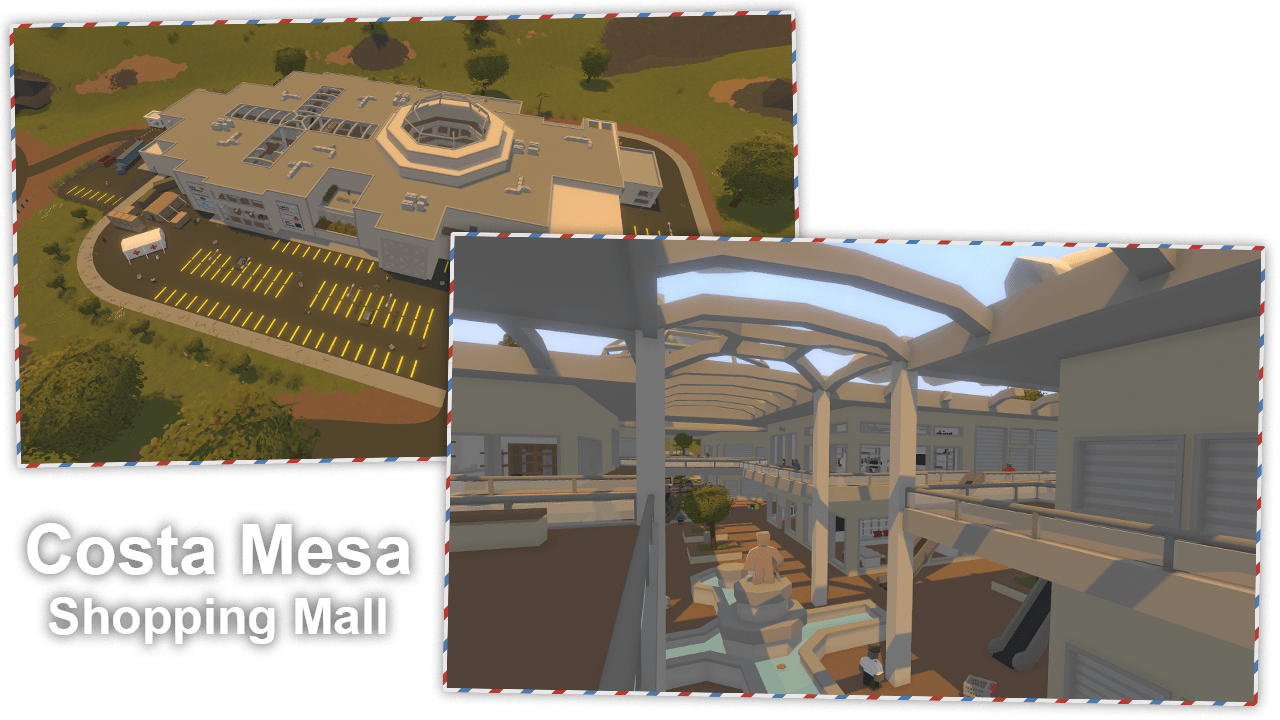 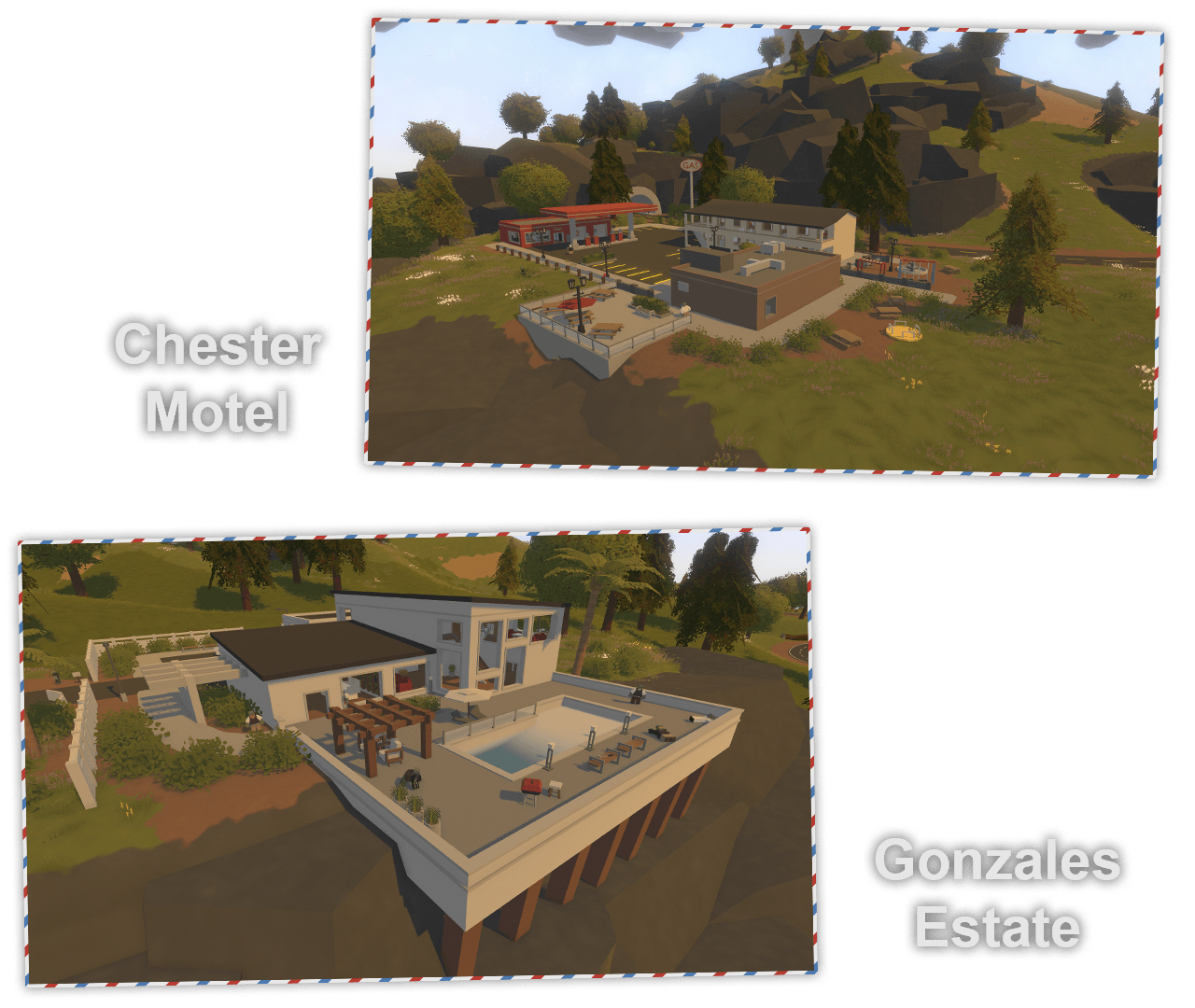 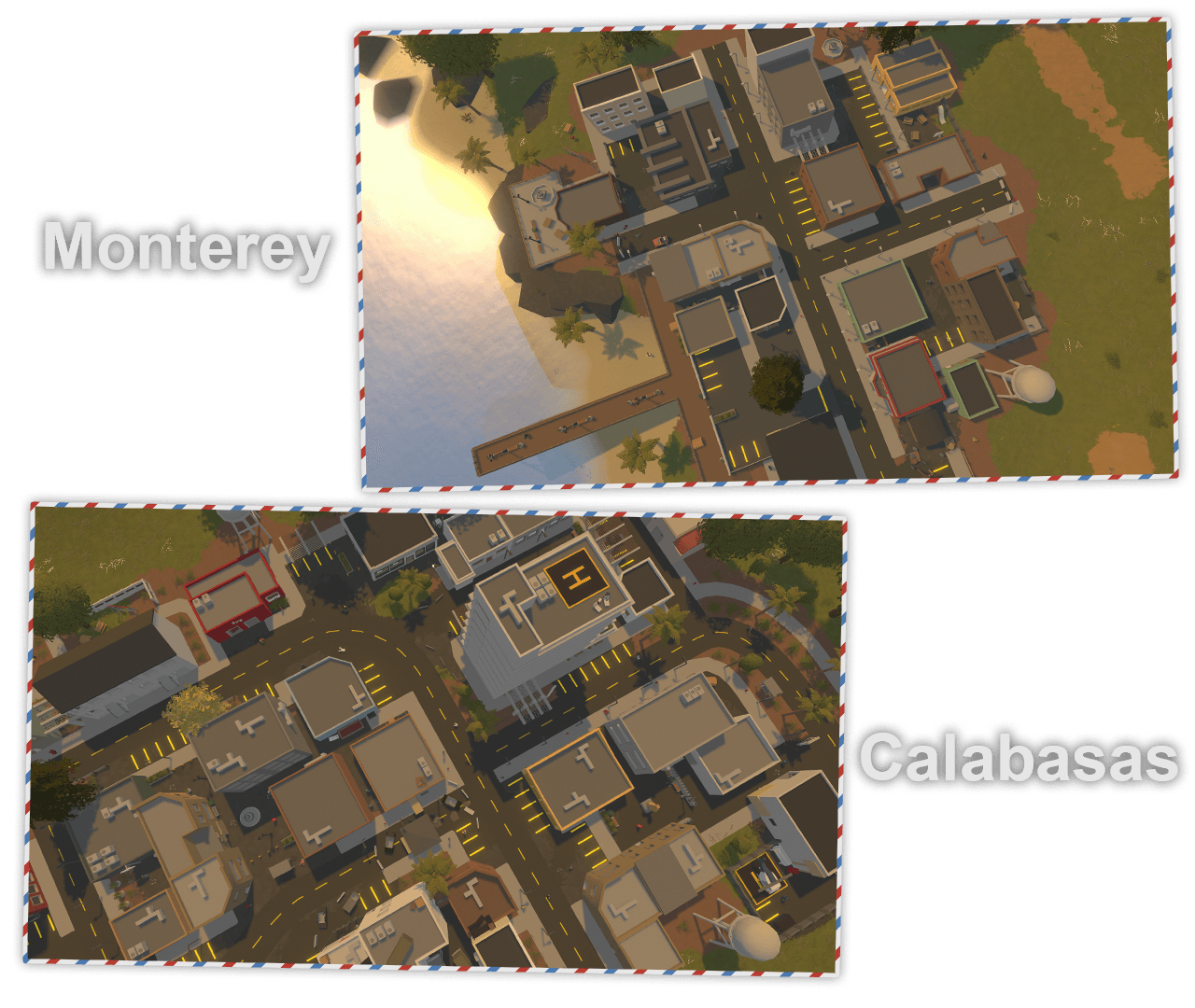 We hope you enjoyed these postcards from the new map! California is now available in-game, and is the first return to the United States mainland since Washington in 2015.

To host a server running the map add its workshop ID (1905768396) to the File_IDs list in WorkshopDownloadConfig.json, and set the map to California in Commands.dat.

This project was created by clue and Renaxon with special thanks to Letgalian and Vilespring. If you'd like to support them consider checking out the Journalist and Mercenary bundles on the Stockpile:

See all 179 comments
3.19.17.0 Update Notes
Nov 1, 2019 @ 10:49am - SDGNelson
Update Notes:
Text Contrast Preferences: Settings for outlines vs shadows on text have been added to the Preferences.json file. They are split into text with colorful backdrops like the game world and map, and text with inconspicuous black/white backdrops. Values are "Default", "Outline" or "Shadow".

Door Collision: Animated colliders on doors, hatches, shutters, etc are now disabled while playing the animation until nobody is overlapping them. This is a more drastic approach aiming to prevent remaining physics exploits involving doors.

Should_Delete_At_Zero_Quality: New option for useable items. Intended for disposable melee weapons that break after a certain amount of usage, but compatible with all equippable items. Can be set to true, defaults to false.