It's been far too long!

I'm continuing to work on finalizing the various bits and pieces of the game that need to be done for 1.0 but in the meantime I've got a lot of fixes and quality of life improvements rolled up into 0.8.4. My plan is to go back to a more regular update schedule going forward and try and position 0.9.x as a PRE-1.0 shakedown cruise, so to speak. 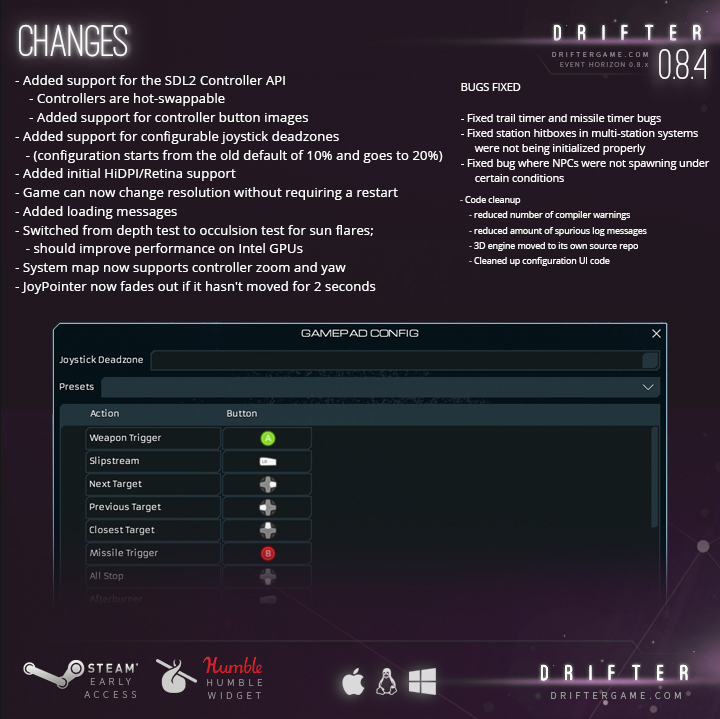