Benefits of joining the group

- Follow the latest Darktide news as soon as they're live!
- Take part in the community discussions!
- Epic 40K content to be announced soon!

If you missed it, we don’t blame you! It was a busy week for sure, and whilst many eyes are on the year 2077 we want to take you further into the future where it’s grimdark and there’s only war.

The Warhammer: 40K franchise is widely loved and adored by many, and we’re stoked to have the opportunity to work with the brand. Games Workshop has trusted us to craft a co-op game that respects the setting, whilst giving players a familiar yet fresh approach to a format we have been polishing throughout development of both Vermintide titles over the last five or more years.

So can we be trusted to deliver on a game-changing 40,000 co-op smash hit? We think so, but we want to take a moment to convince you all that Darktide is in capable hands.

Who are we?
We’re Fatshark. We’ve been making games together in Sweden since 2008, but many of us have been busy in the industry prior to the inception of the studio.

We love games. We love playing games. We love making games. We play games for the same reasons you do; to escape to another world, challenge ourselves, explore places we can’t explore in person, and experience things we could otherwise not experience. Mostly though, we love games that bring people together! It’s why we made games like Vermintide to be as cooperative as possible. Everything we’ve learned from developing the Vermintide games is being poured into Darktide and setting it up to be the ultimate cooperative experience, not just in the 40K universe but in your entire library.

Why us?
We love Warhammer. A lot. We’ve grown up painting miniatures and poring over rule books. Our home and office libraries are stocked with reading material -- novels and adventure books from all walks of Warhammer.

At the helm of the project our Game Director, Anders, had this to say:

Originally posted by "Anders":
“I discovered 40K in the early 90s, and as an aspiring artist I got very inspired by all the incredible artworks by legends like John Blanche, Jes Goodwin and Adrian Smith to mention a few. Ever since then 40K has been a part of my life, both in book form, RPGs and miniatures. Lately the more digital my work gets, the bigger the urge to bring out my old brushes and paint!

Getting the chance to work with this project is of course a dream come true (but it is also a huge scary responsibility hehe).”

Anders also updates a dedicated instagram account that’s been in the works from the day we first pitched the project to Games Workshop. 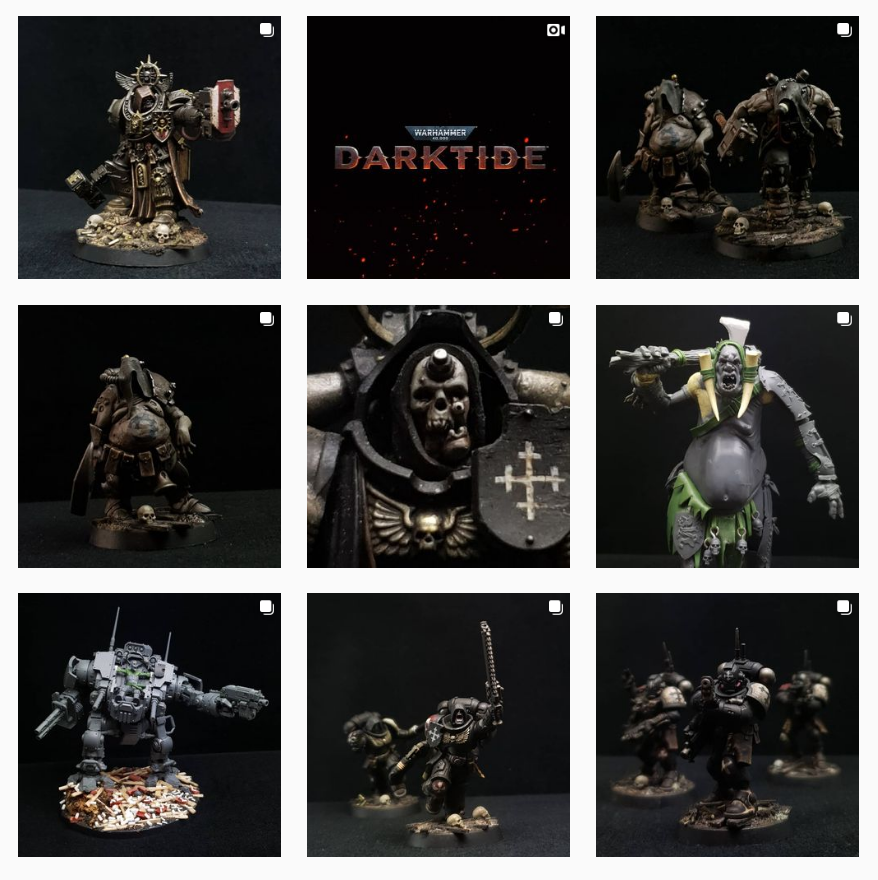 Executive Producer, Steve, has been busy at the helm of the production team making sure the development pipelines remain as clear and unobstructed as possible given the current global situation, but he’s also been fiercely busy both in the office (and at home) getting himself and fellow devs right into the thick of it. 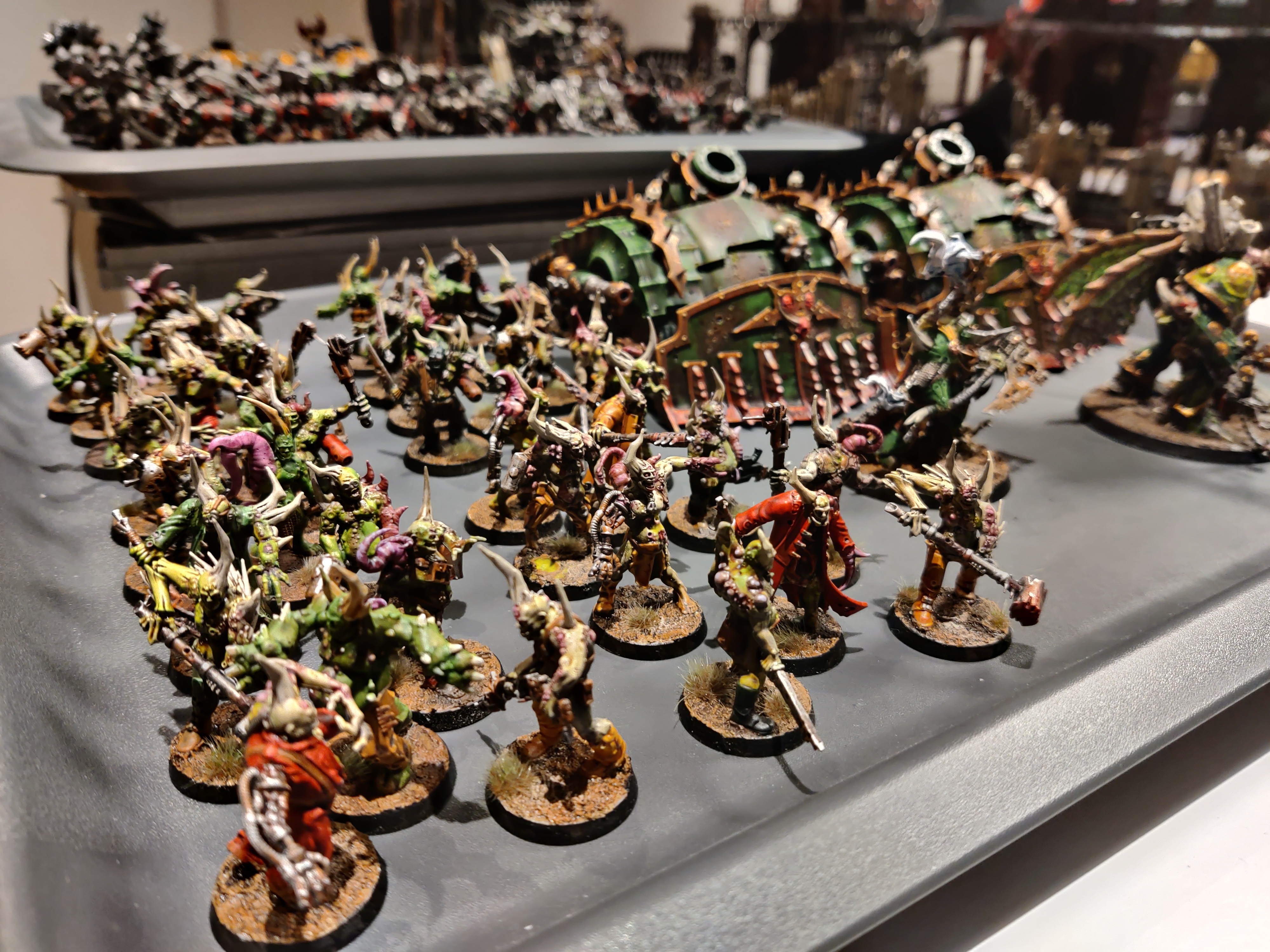 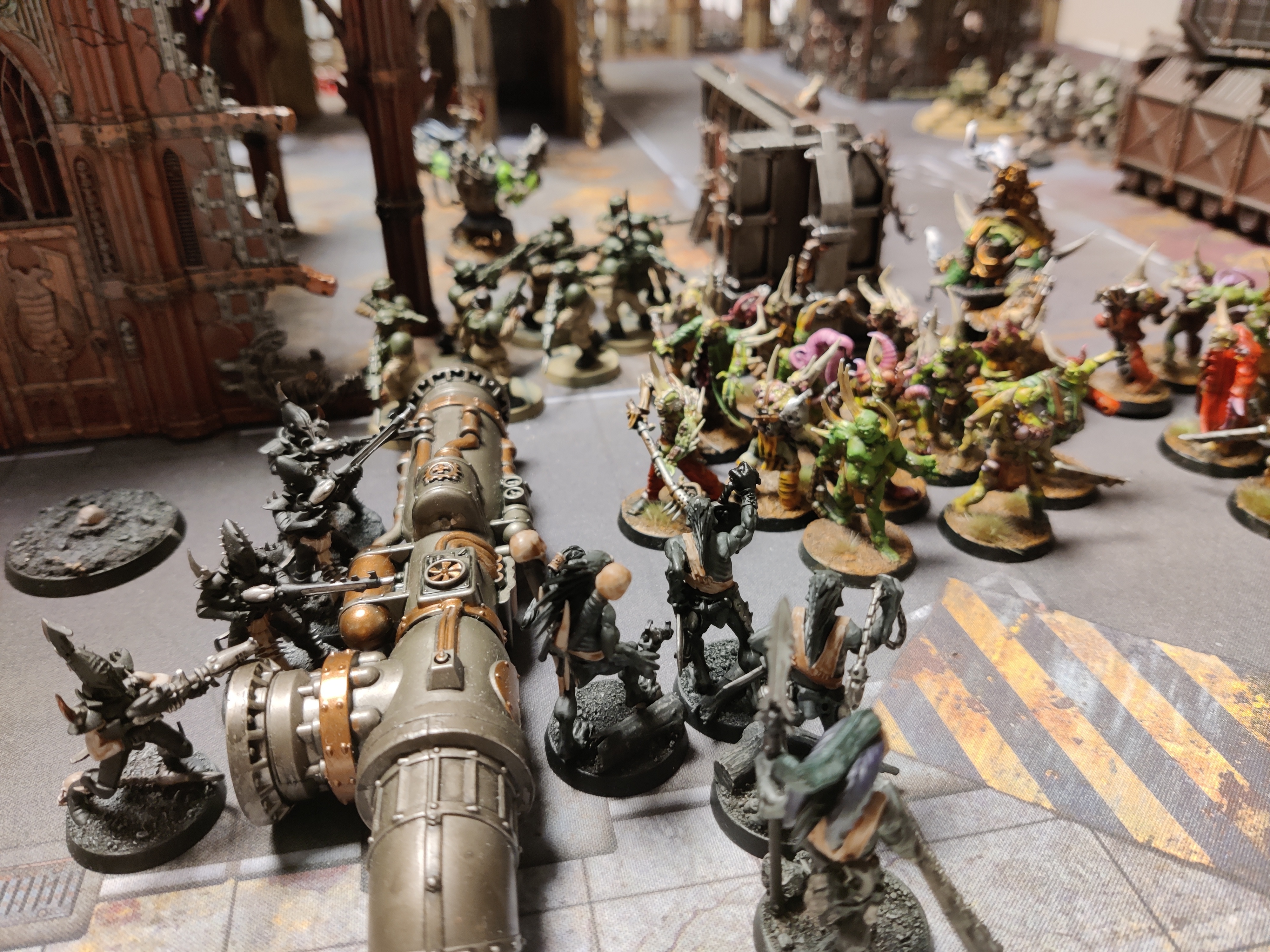 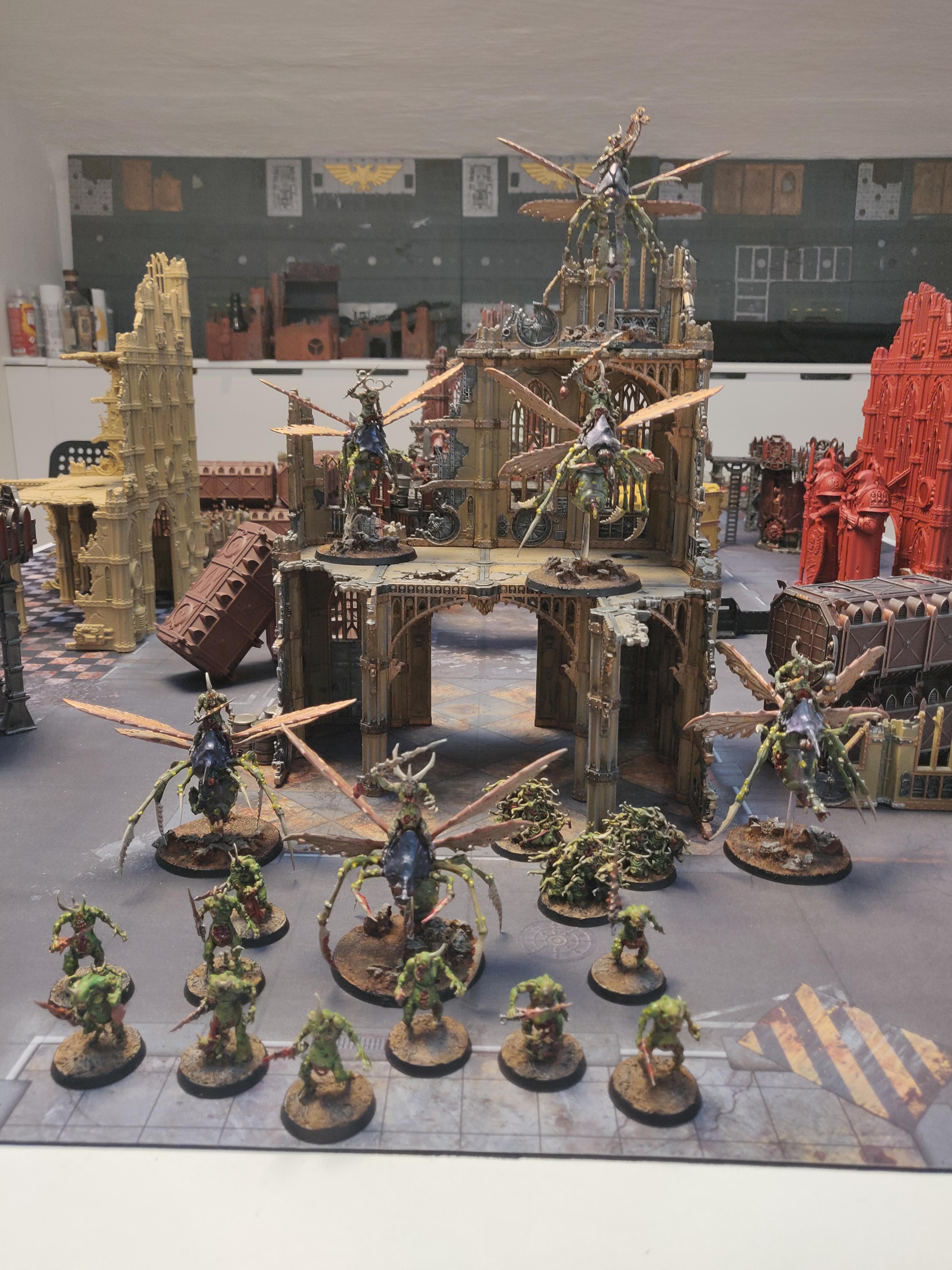 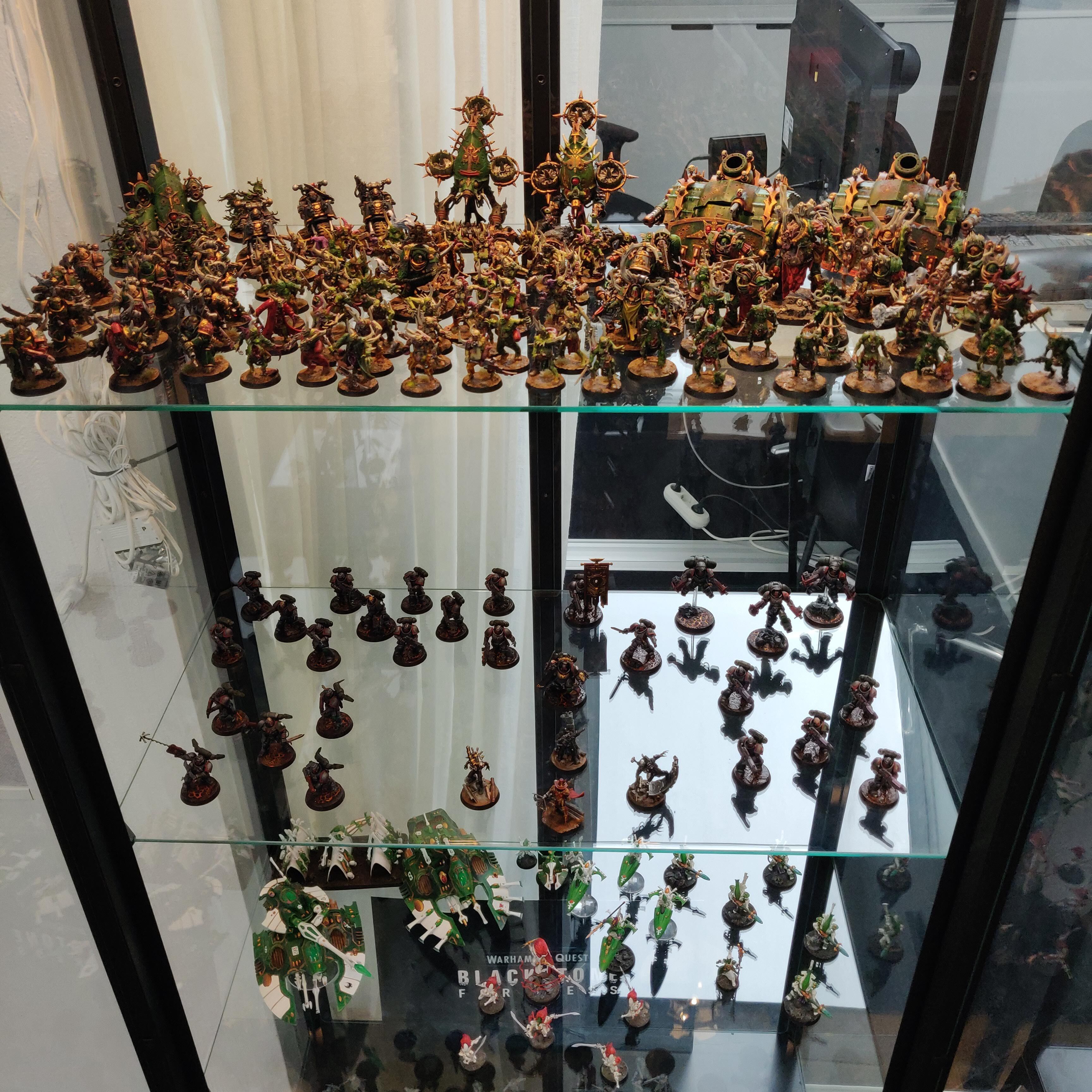 Narrative Director, Mårten, fancied himself a Fantasy fanatic until the End Times, but all it took were the words of Dan Abnett to convert him to a 40K aficionado:

"I grew up pretty much exclusively immersing myself in Fantasy, and when that moved on I started getting to grips more with 40K. Reading the Eisenhorn and Ravenor series' was when it all fell into place for me - the humanity involved at a deeper level. I think I needed to face people on the streets of the universe to break through the mechanised shell of the 40K Universe."

“I started more or less from scratch here, with only a vague grip on 40K. Then came 14 months of reading 40K literature, all in the name of background research into Hive cities and the Inquisition:Currently reading Carrion Throne (then I'm going to start The Hollow Mountain). I got the count to 9814 pages in total so far - that's 755 pages of 40K every month. Some were digital editions, and some are loaned out, but most of them are in the picture... not forgetting the Dark Heresy role playing campaign!” 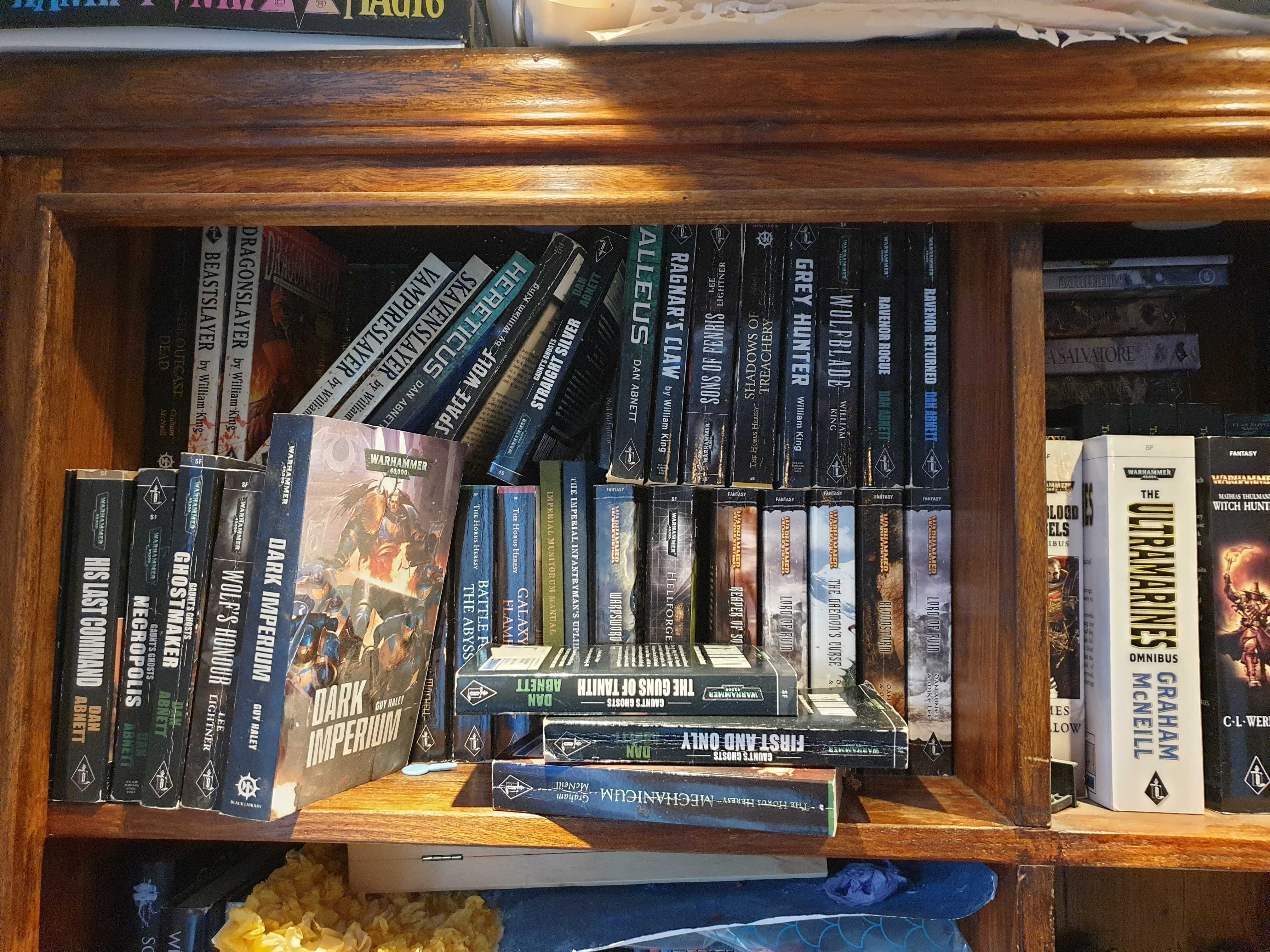 Gameplay Programmer and Fatshark Stream celebrity, Tom, has been into 40K for the longest time.

“Like every Warhammer player in their late 20's / early 30's I first played the tabletop game when I was a kid. It wasn't until I started working at Fatshark that I began picking it up again, and eventually 8th edition 40K was the perfect excuse to begin playing properly. The tabletop game is now my primary hobby (even beyond playing video games). I frequently attend tournaments and play with some of the best players Sweden has to offer. The lore and IP are fantastic, but for me it's the hobby and the game that draws me in the most. The opportunity to work with fellow fans on a game that is so very related to my personal interests is a fantastic experience.”

Gameplay Programmer, Ricardas, did a brief stint updating an instagram account with minis as well, but has since been too busy programming to keep it up to date!

Our Cinematics Director, Tor, admitted not being all that in to Warhammer when he started with us, but (and we quote):

“Seriously, I wasn't all that into Warhammer when I started at Fatshark. But after reading about 15 or more books… the universe man... I [redacted] LOVE it!!!!!!! The Inquisition and Chaos and warp and the vast scale of things and Eisenhorn and Ravenor and the art style alien races etc. It's a spectacular universe and it gives me chills.”

If you can't tell, it’s hard to keep Tor in one single train of thought at once, but no doubt our cinematics are in safe hands!

Various other members of the team have shared some of their workstations and models, some are works in progress, others at a state of completion, and so many more we just don’t have space to share. The hope is that you can see that we’re not inexperienced in the 40K universe and we will be treating the IP you love with the respect and care it deserves. 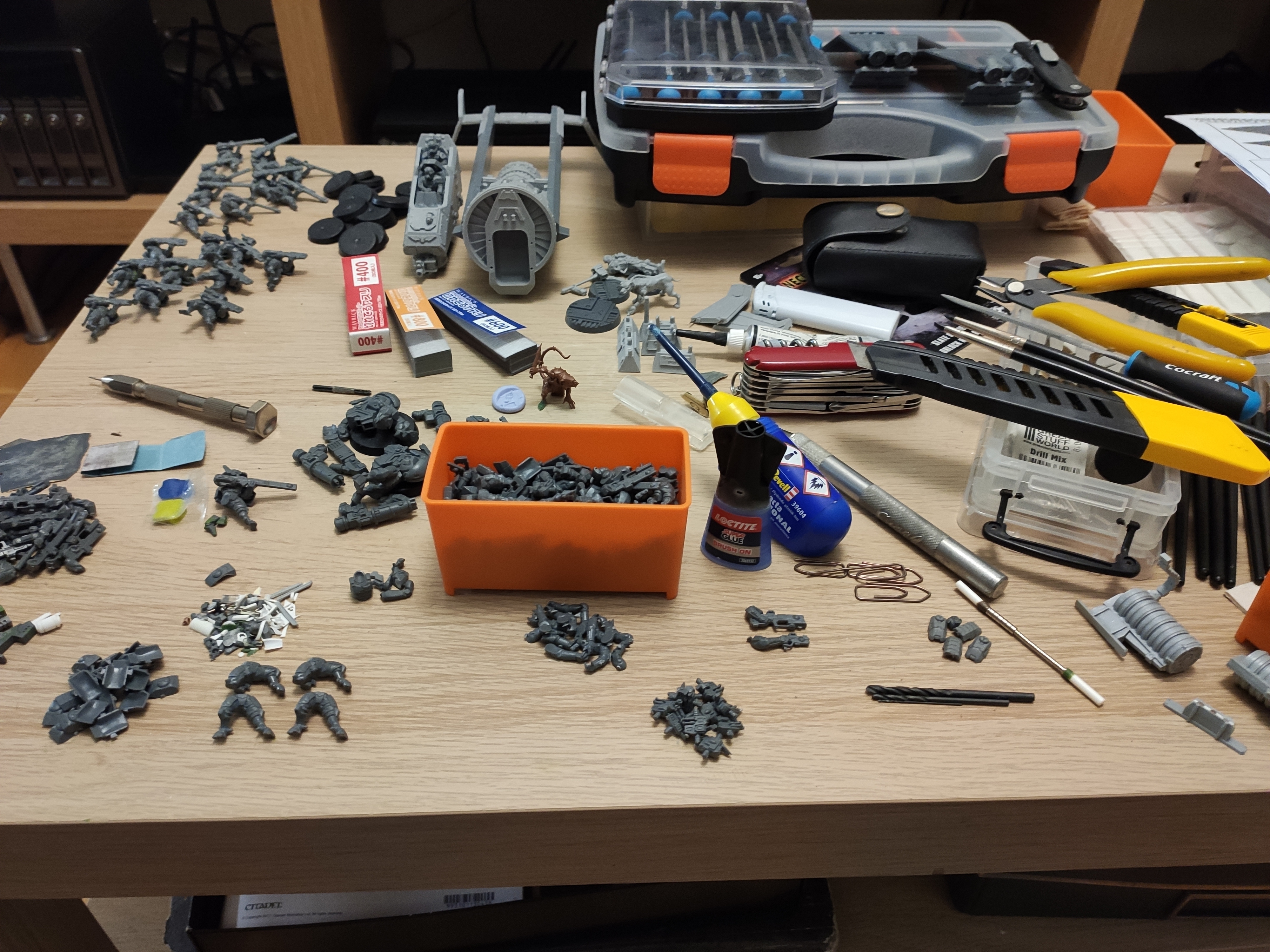 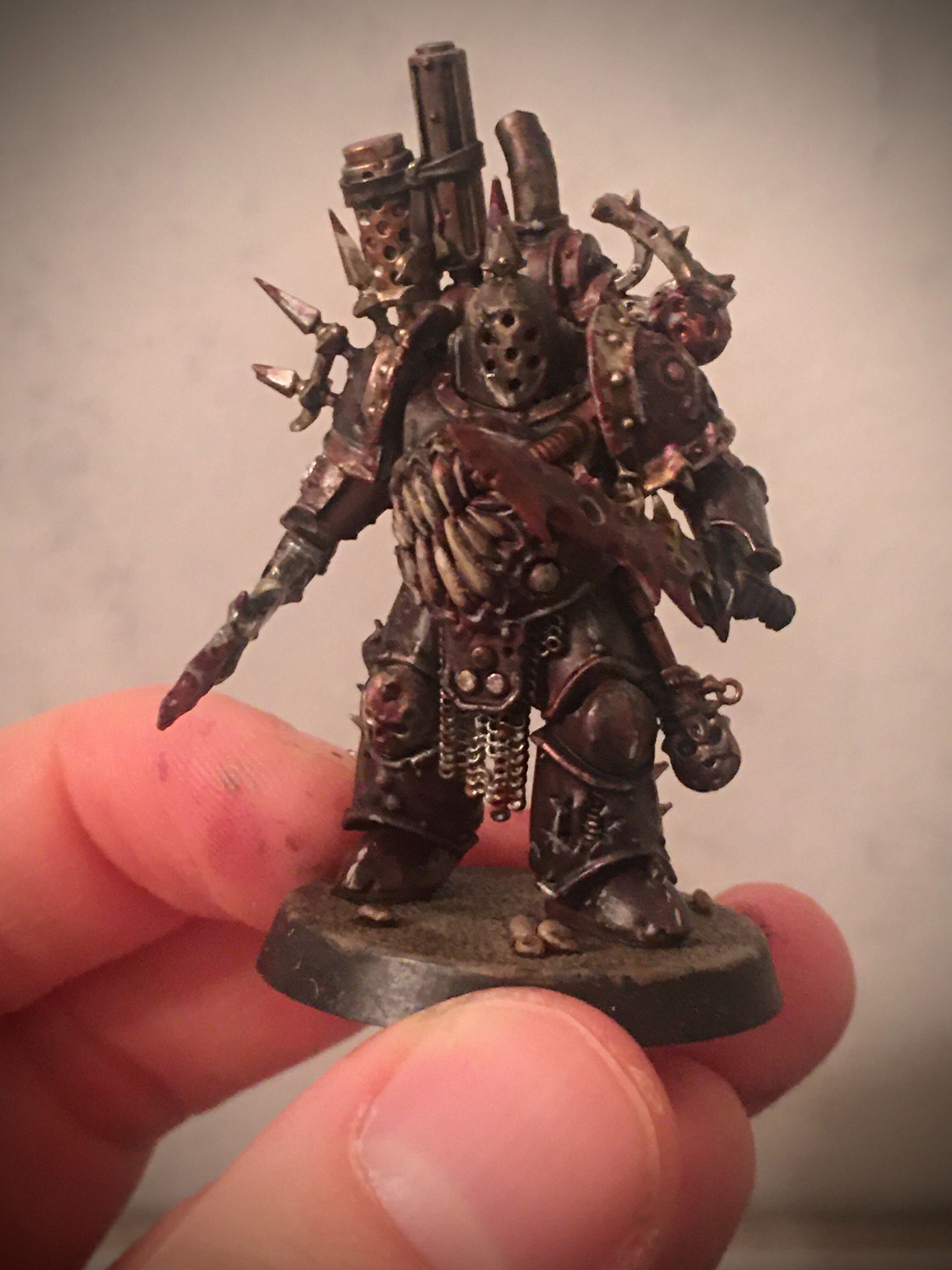 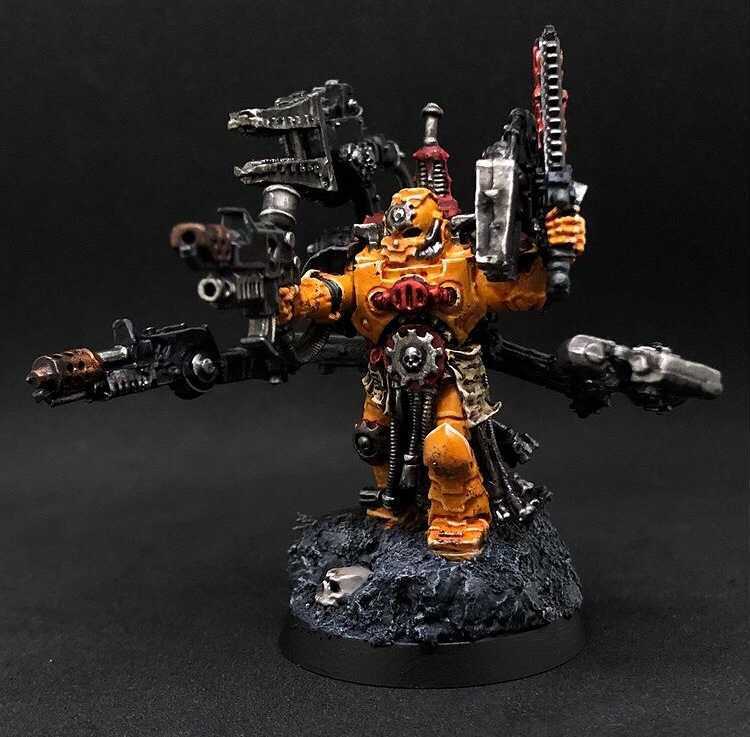 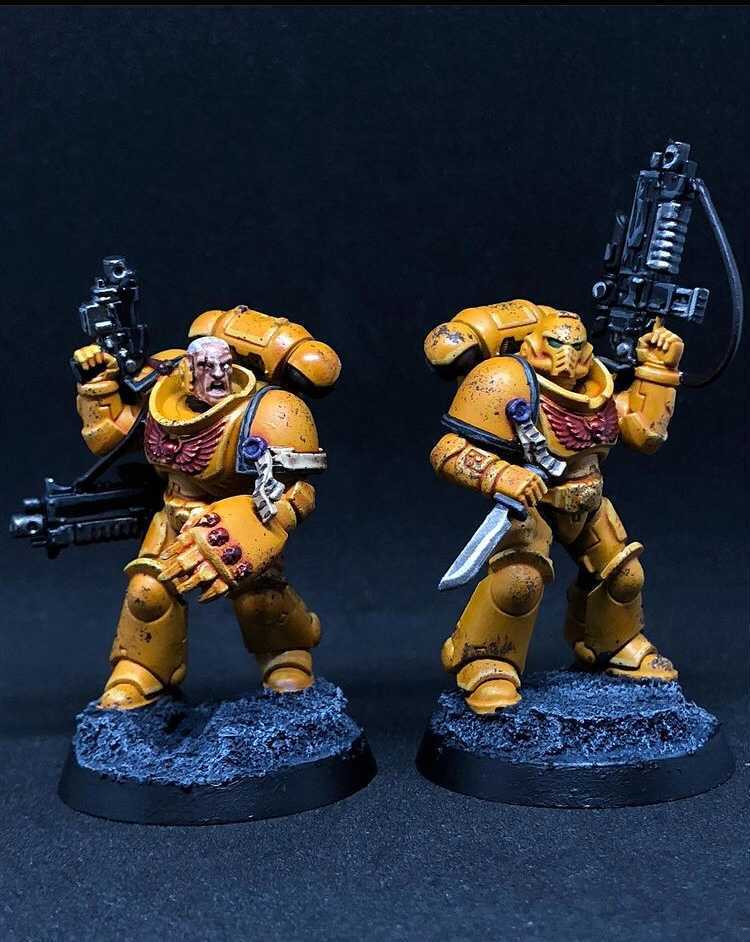 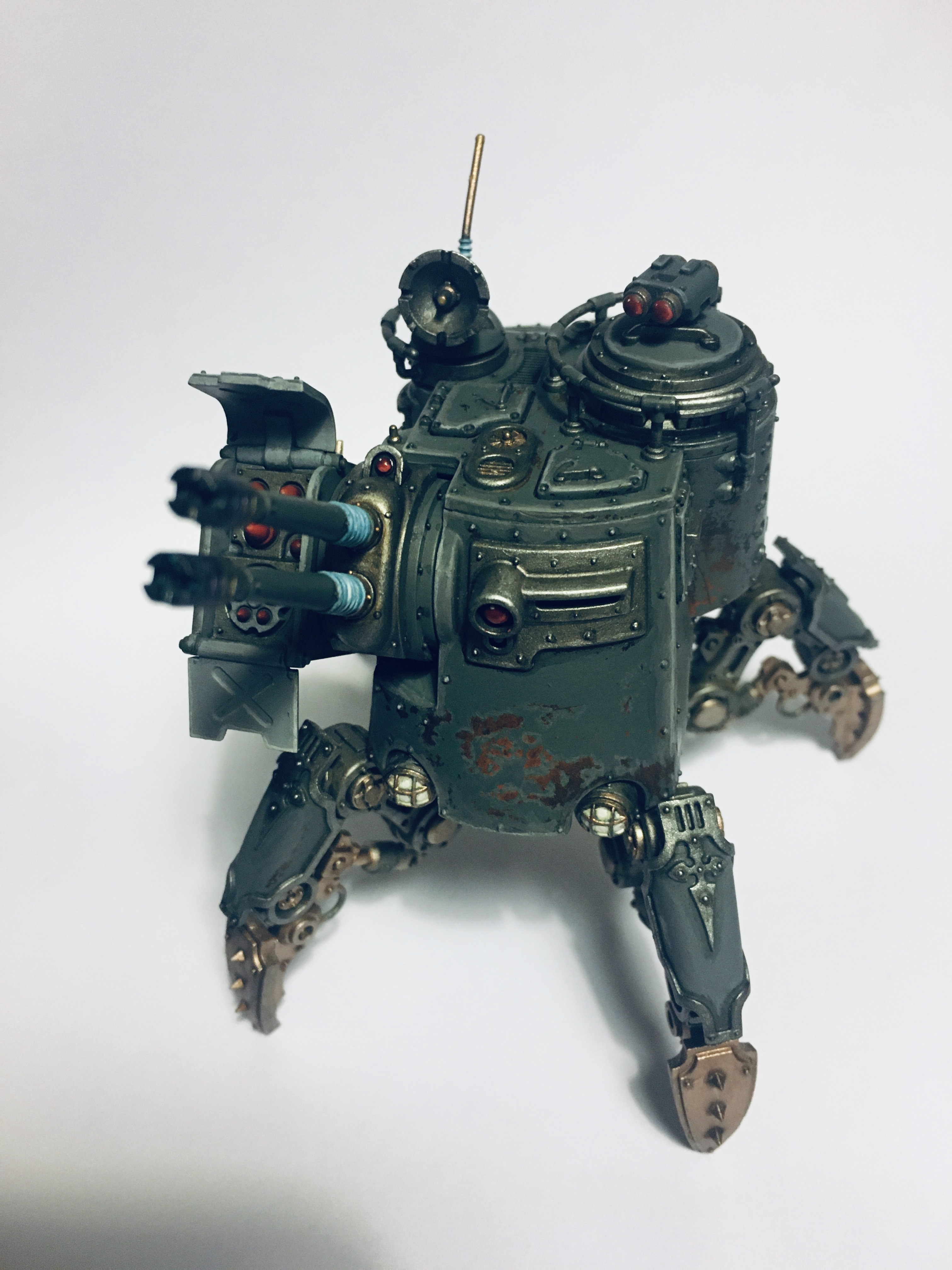 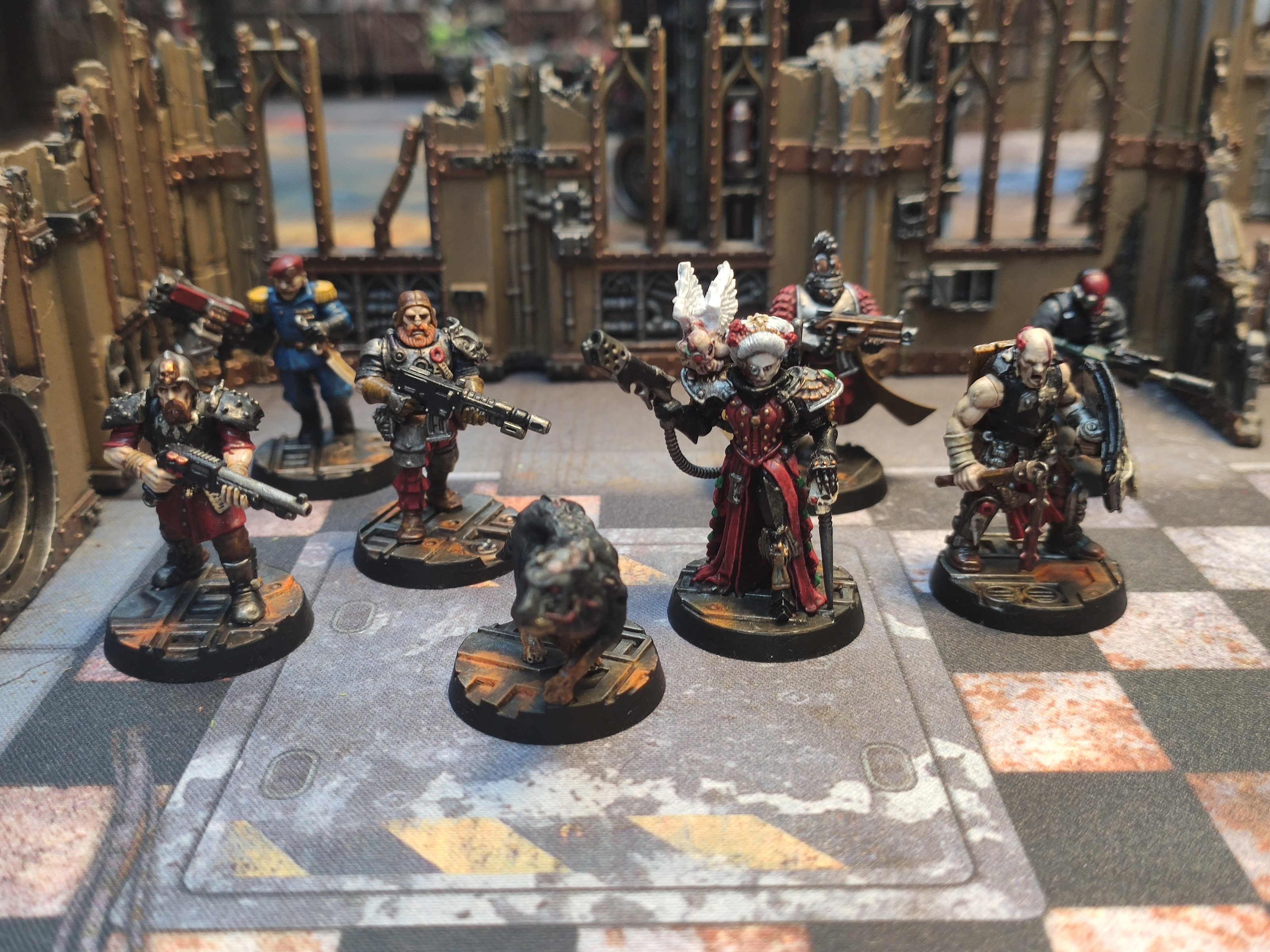 Honestly, we have gigabytes of photos of armies and minis. We just can't fit it all into one blog post. Suffice to say, we want you to be confident that our passion for Warhammer starts in the real world, and is being lavishly pumped in to the development of Darktide. 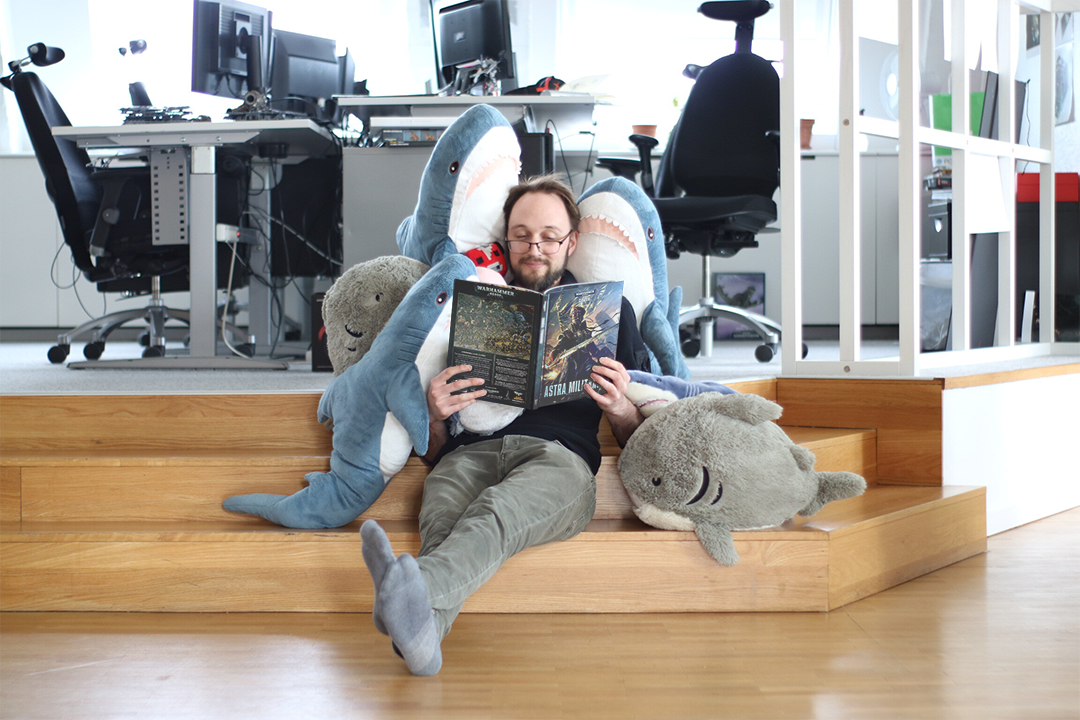 You can wishlist Darktide right now, and we recommend Wishlisting, Following and joining the Steam Group to get notified of the latest updates when we publish them!