Every warrior has a name and they are all willing to die for you.

Battle Realms is a fantasy RTS inspired by the stories told in kung-fu movies and oriental mythology. Develop your tiny peasant village into a highly trained and deadly efficient clan of warriors who are ready to die with your name on their lips.

☯ Train Your Warriors: Experience one of the most unique troop creation systems in RTS. Peasants train into soldiers, which in turn, can follow multiple training paths like Samurai, Cannoneers, Bandits, Berserkers, and many other mythical warriors.

☯ Live or Die by the Land: Seize tactical advantages in a living world teeming with life - birds fly when startled, wolves attack troops, higher ground offers increased power to ranged attacks, and when it rains, fires are put out and crops grow faster.

☯ Command the Power of Zen: Your Zen Masters wield fantastic powers in the heat of battle - heroic feats inspire your people, granting almost magical powers and opening up new strategies.

☯ Blood Spilled Is Power Gained: Lead warriors to victory and earn Yin & Yang points to acquire destructive new weapons and magic. The more you do, the more powerful you become.

☯ A War for the Masses: Stage epic battles with up to 8 players. Dozens of multiplayer maps and a deeply customizable PVP skirmish mode.

We've been collecting your feedback closely, trying to address the most persisting issues in the game. Let's see what this update has in store for everyone. We will preface it with a couple short announcements though: 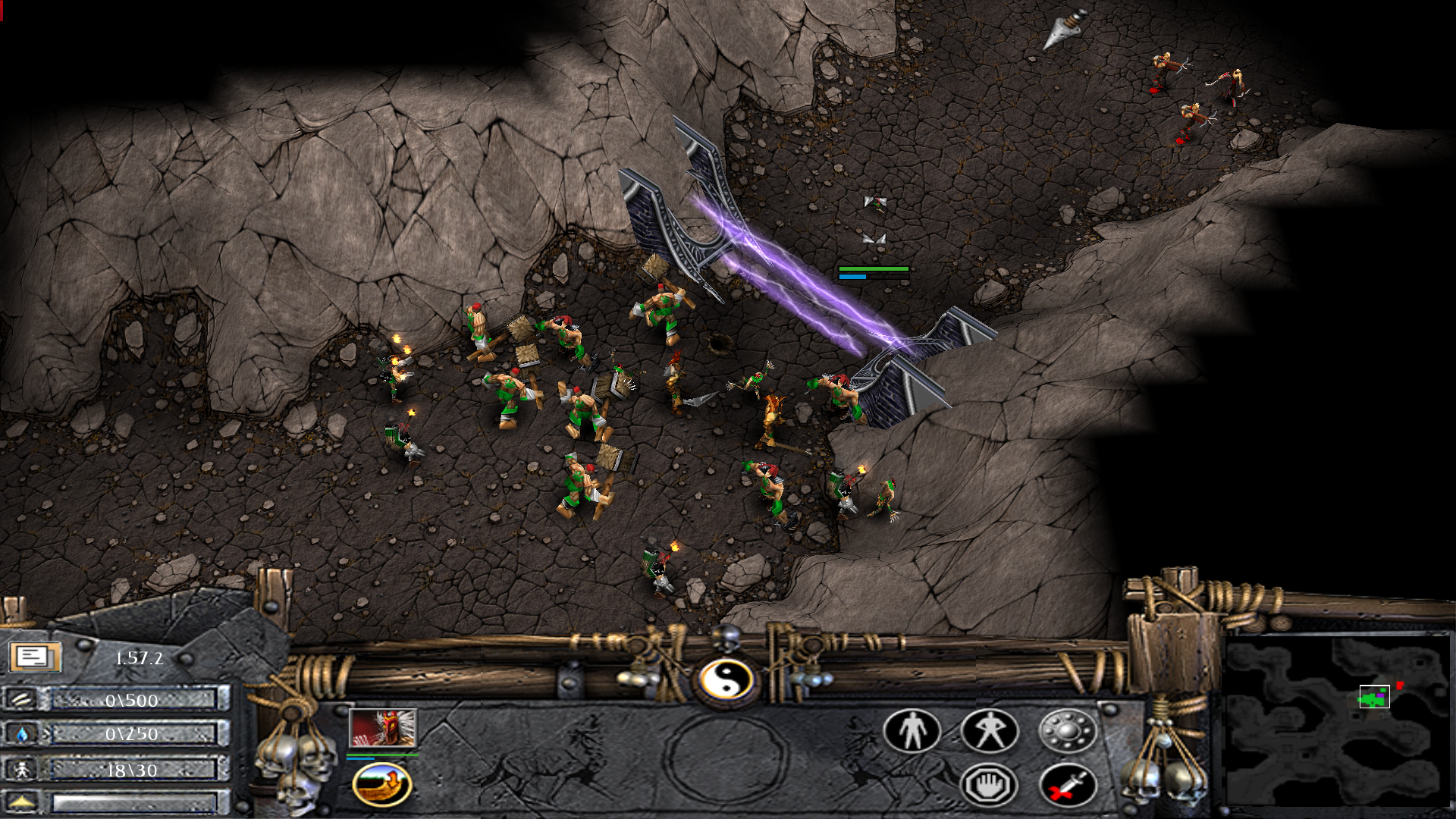 We are sorry about that, the bug was introduced with the battle gear targeting change and only affected this particular Digger battle gear, it's fixed now and you can continue leading Grayback's clansmen to freedom!

Multiplayer: Another bunch of de-synchronization triggers has been eliminated: 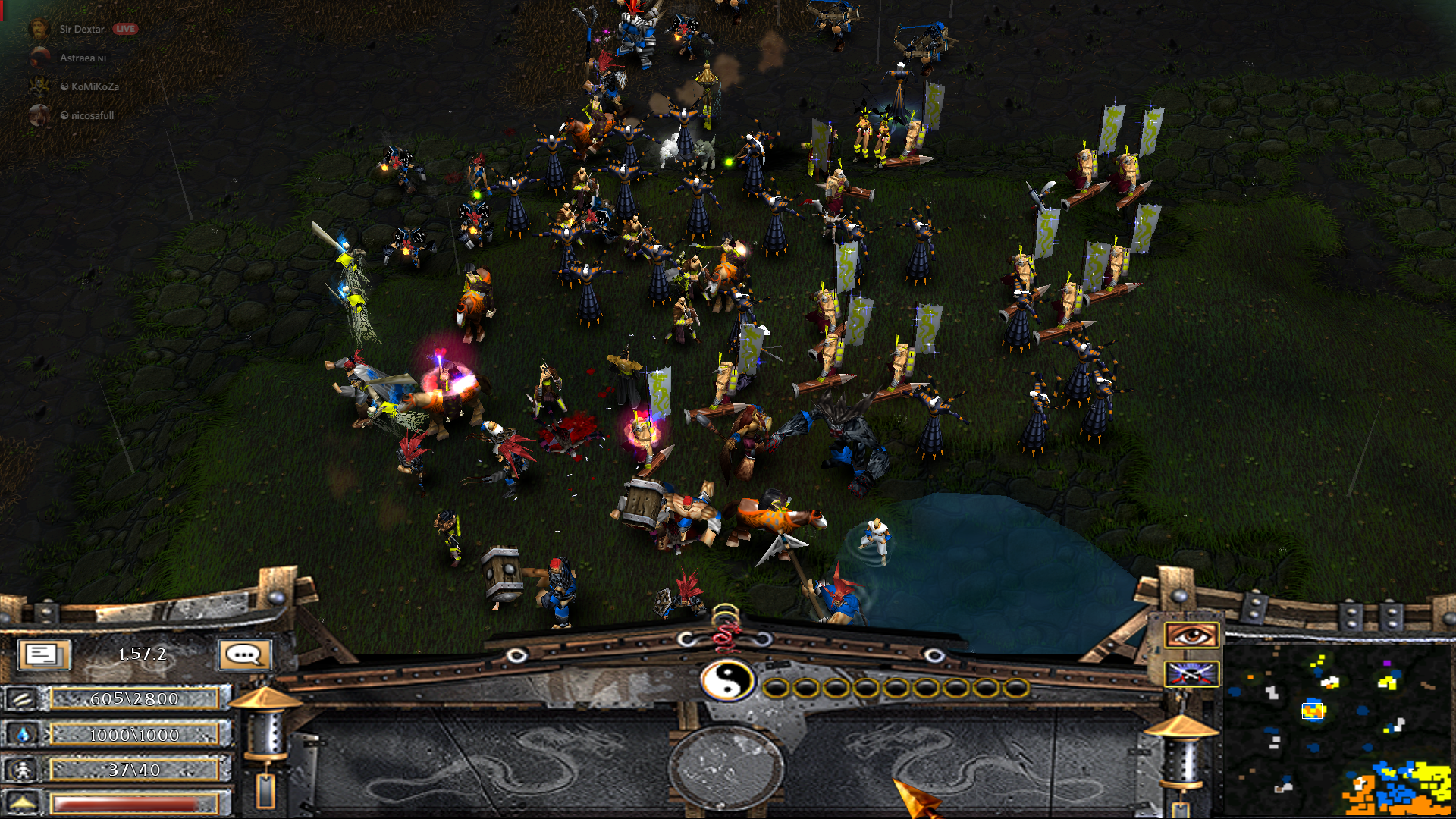 As improving multiplayer experience be that PvAI or PvP is our main priority, we're bringing more exciting news.

Countless hours of patience and persistence have paid off - we've been hunting down the triggers for sync errors crawling inside the game, and we did eliminate several of them, which, according to our statistics, were at fault for most part of the desyncs.

Not all of them have been found yet, so we're still working on that, however you should be able to have smooth games in MP with your friends. We've tested all of that a lot under different circumstances and scenarios, and it's looking pretty good! Now... let's talk about how you can help us help you:

Having realized that the wretched desyncs are not as easy to fix as we had thought them to be, we had to bring countermeasures, and our go-to was NETLOGGING.

Netlogging is a feature in Battle Realms: Zen Edition that will log any multiplayer sessions in detail into a file. These files (logs) are stored in a dedicated folder called NetLogs.

When a synchronization error happens and players drop each other, the logs will vary and that will allow us to spot the differences between P1, P2, P3 etc. that triggered a desync. That's where we need your help!

If you experience a sync error with a player you know, you (and that player) need to grab the latest log file and send it to us so we could compare them. Let's go through the reporting process step by step:

Reporting Sync Errors as of Update 1.57.2:
You and your friends ran into a sync error, what to do?


This is not necessary, but if you want to help speed up the process of fixing the sync errors, please, do follow the guide above. Also remember- the Netlogs don't get deleted so you will have to do that manually if you need to preserve disk space.

With all that out of the way, let's go through the actual changelog! 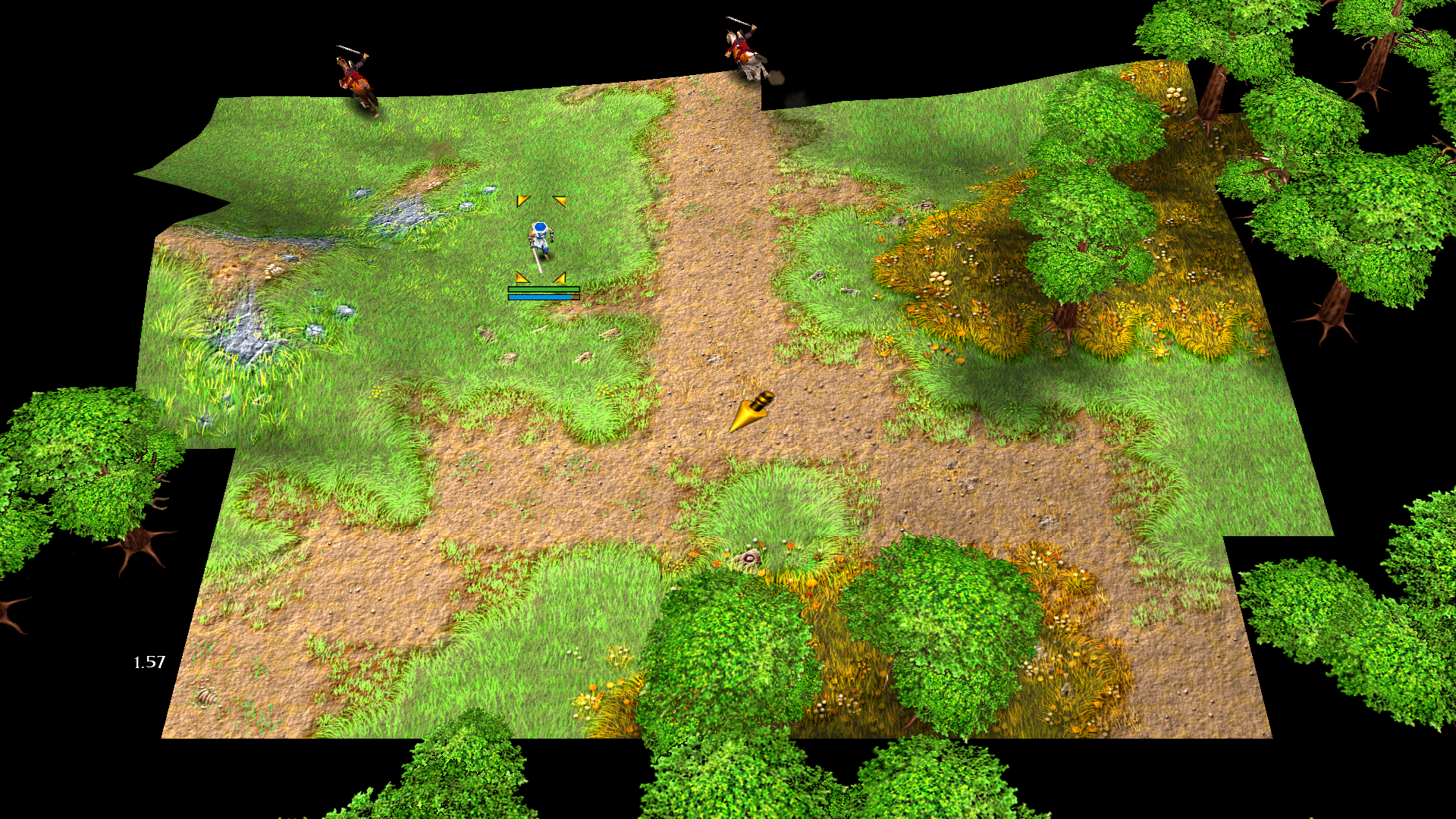 Gameplay:
Journey:
AI Improvements:
That's it for now! We had to delay the fixes for the high-poly Wolf Brawler/Berserker/Packmaster until the next big update, however some progress has certainly been made! 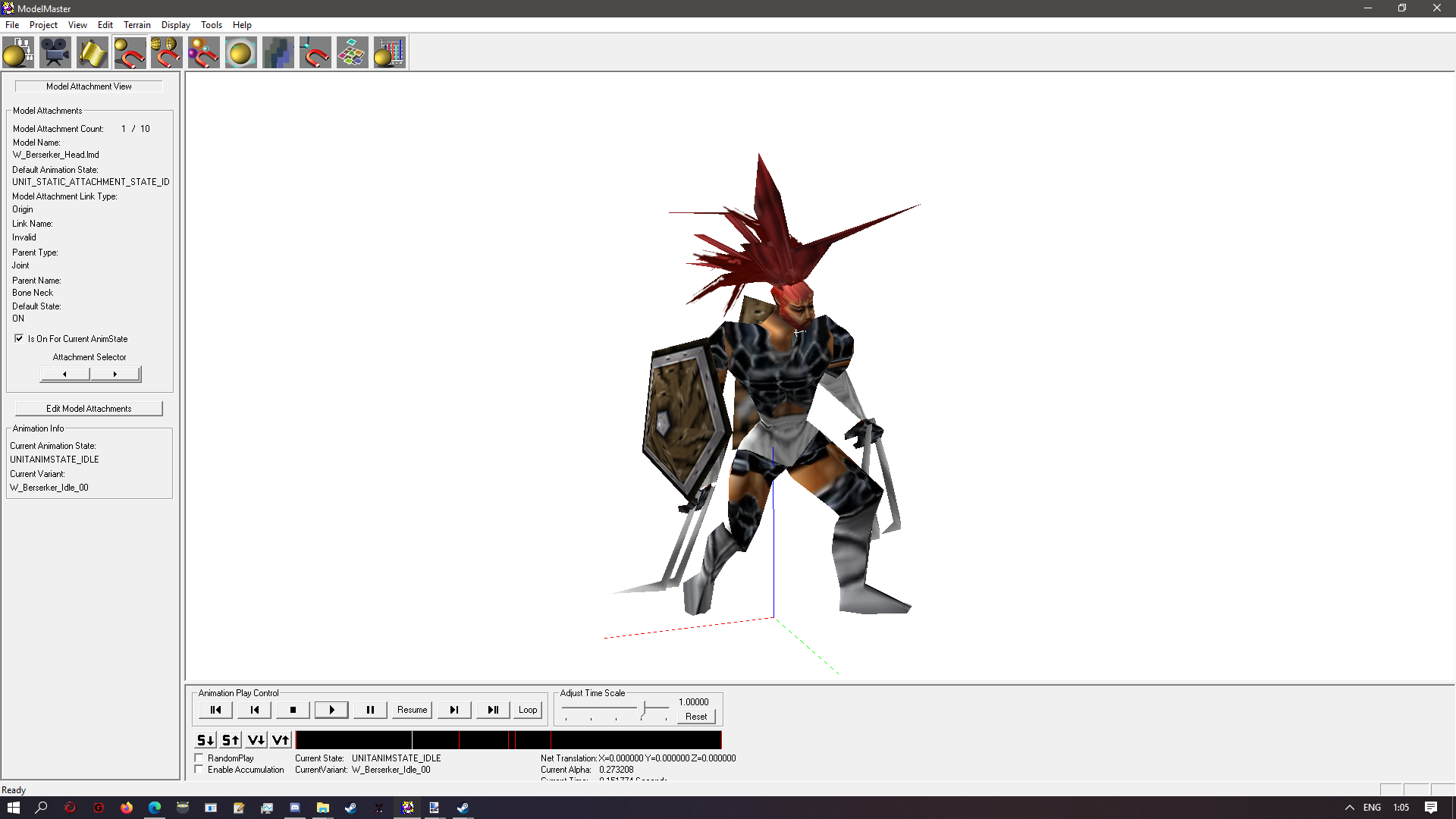 We will also leave some room for speculation regarding this particular screenshot... Any ideas what we're planning deep in our development cave? :) 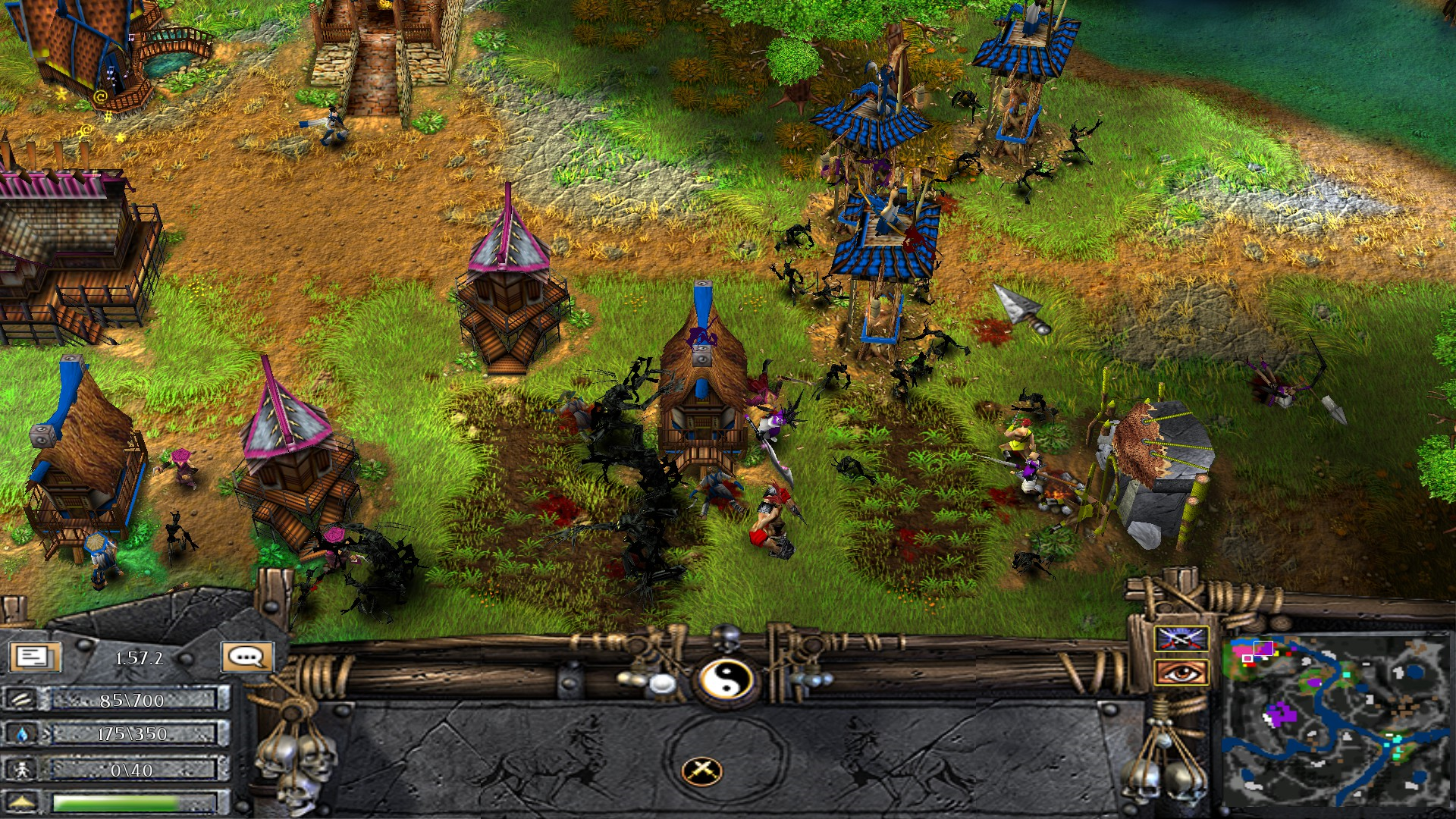 Community & Discord:
Discord has proven to be a very helpful and fun program to use for us, so we're quite keen on maintaining it and have it as a bridge between us and the community. It's already populated by more than 3000 members!

If you're having issues, planning to report a bug or just want to learn something new about the game and communicate with others - we'd like to see you there, come around!