Every warrior has a name and they are all willing to die for you.

Battle Realms is a fantasy RTS inspired by the stories told in kung-fu movies and oriental mythology. Develop your tiny peasant village into a highly trained and deadly efficient clan of warriors who are ready to die with your name on their lips.

☯ Train Your Warriors: Experience one of the most unique troop creation systems in RTS. Peasants train into soldiers, which in turn, can follow multiple training paths like Samurai, Cannoneers, Bandits, Berserkers, and many other mythical warriors.

☯ Live or Die by the Land: Seize tactical advantages in a living world teeming with life - birds fly when startled, wolves attack troops, higher ground offers increased power to ranged attacks, and when it rains, fires are put out and crops grow faster.

☯ Command the Power of Zen: Your Zen Masters wield fantastic powers in the heat of battle - heroic feats inspire your people, granting almost magical powers and opening up new strategies.

☯ Blood Spilled Is Power Gained: Lead warriors to victory and earn Yin & Yang points to acquire destructive new weapons and magic. The more you do, the more powerful you become.

☯ A War for the Masses: Stage epic battles with up to 8 players. Dozens of multiplayer maps and a deeply customizable PVP skirmish mode.

Alas, getting rid of synchronization errors has proven to be even more difficult than getting rid of the Horde, we've underestimated our enemy one too many times. Fret not! We will be singling out every desync trigger left in the game.

Thank you for your support and feedback as always! Reading all the comments to Update 1.57 was a blast.

Update 1.57.1 is coming through with more fixes and improvements. 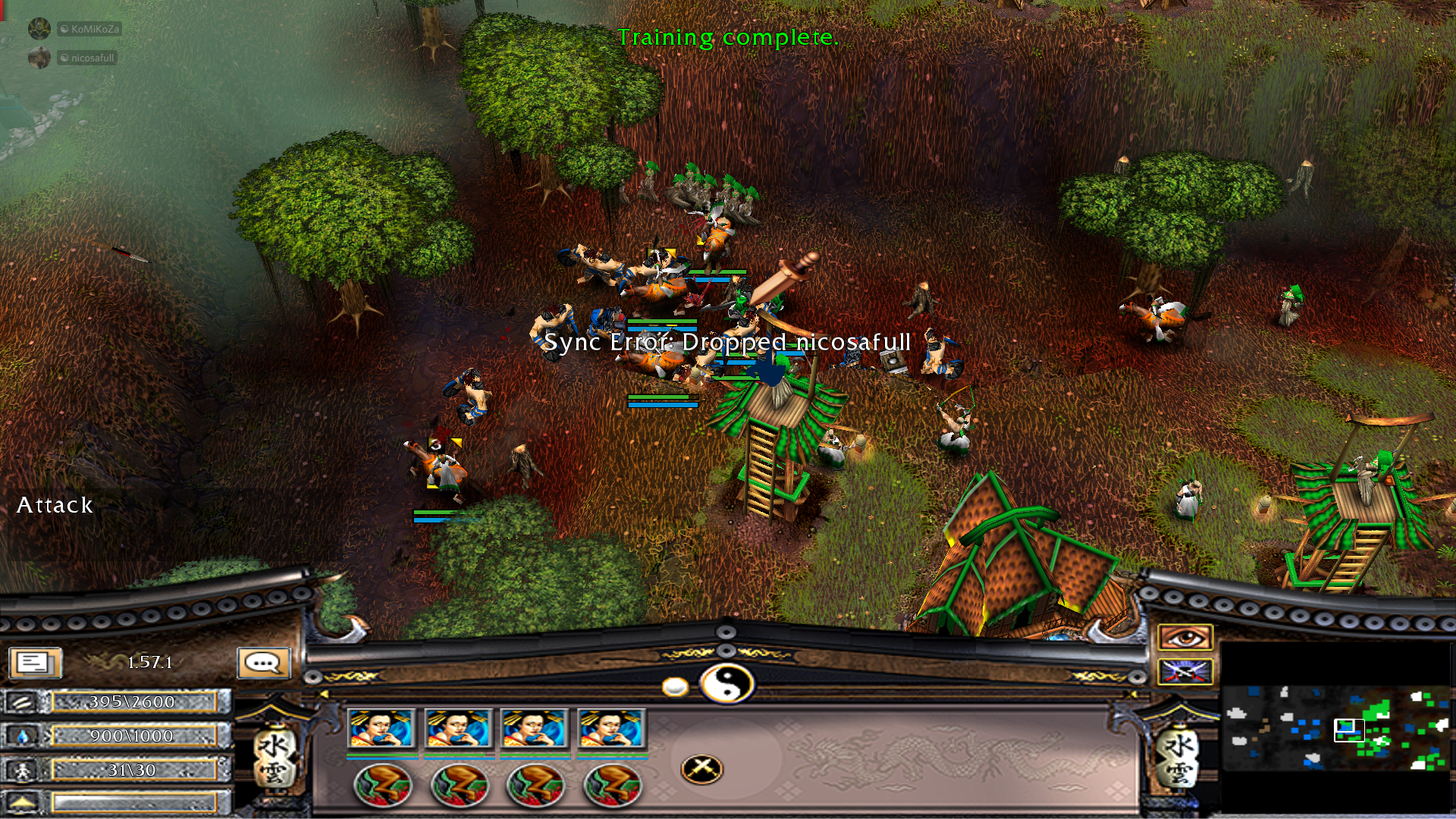 Gameplay:
More notes:
One change made in the Update 1.57 wasn't listed in the changelog, so we're listing it now. 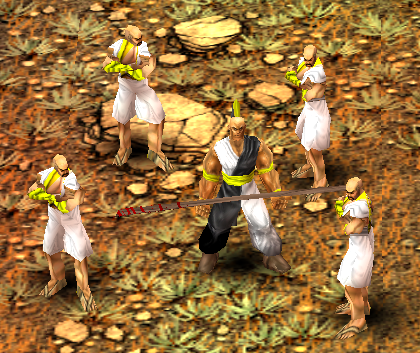 The "Cinematic Level Of Detail (LOD)" with high poly models was once again moved, this time from 'Very High' to 'High' for a couple of reasons: 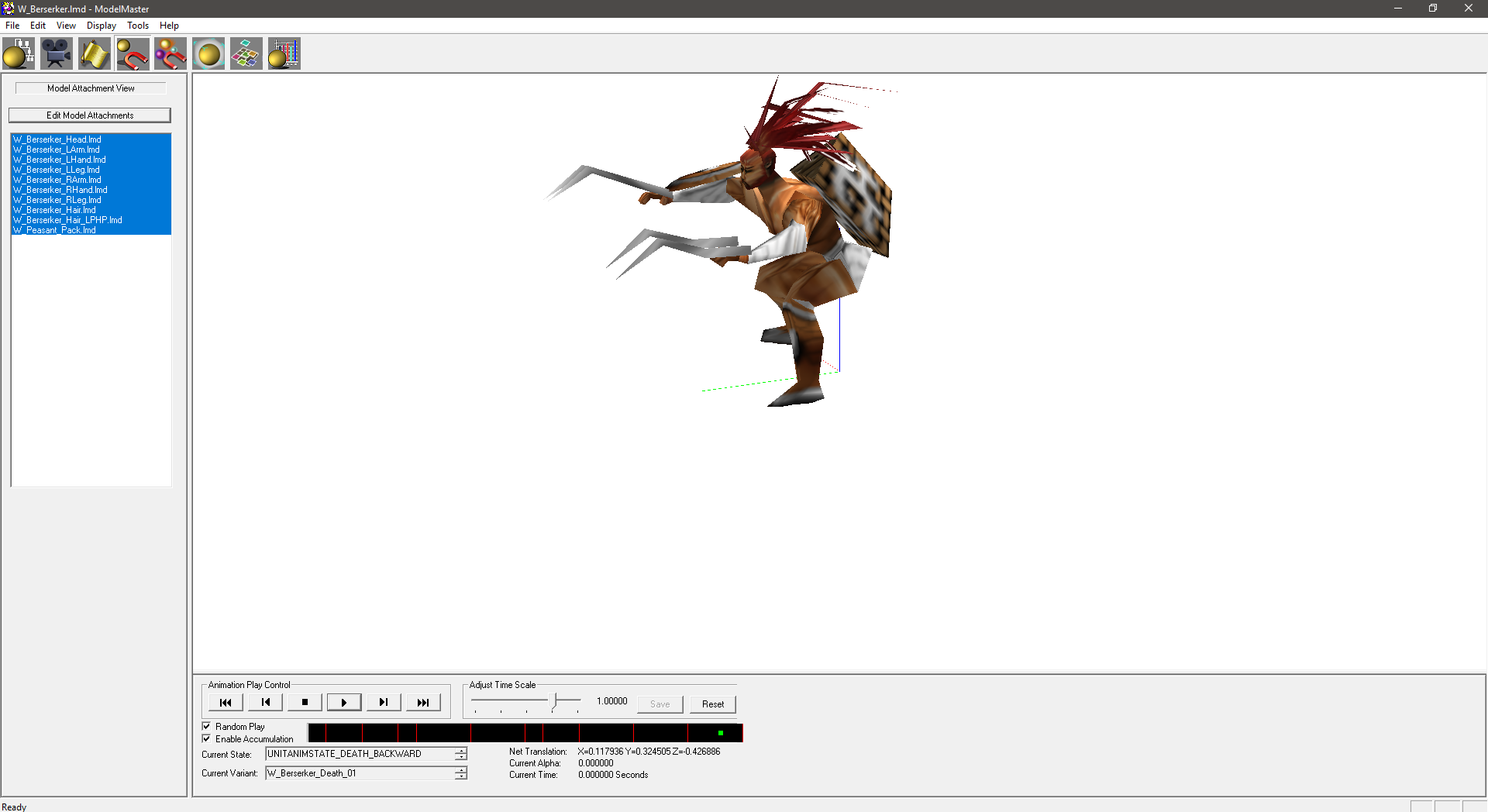 High Poly Wolf models will be fixed in the next update, we can't exactly say to what degree as we're limited in our capabilities for now, but they'll look better and will have distinct Shale Armor. We'll talk about that one in one of the upcoming announcements, so keep an eye out for it!

Community & Discord:
Discord has proven to be a very helpful and fun program to use for us, so we're quite keen on maintaining it and have it as a bridge between us and the community. It's already populated by more than 3000 members!

If you're having issues, planning to report a bug or just want to learn something new about the game and communicate with others - we'd like to see you there, come around!