Ανακοινώσεις _
Weekly Report #55
δημοσιεύτηκε από Pablo @ 06:12AM on January 15, 2021
Hello Stalkers!
Winter surprised us a lot this year. It was snowing (at least in Poland and few other countries). In mid-January! Who would have thought? ;)

Anyway, we sit in warm houses in comfortable slippers, with cups of cocoa in hand and pamper Chernobylite. As usual, you can read about the recent effects of our work in this report.

Fog and rain are our weapons
And since we talk about the weather, briefly one of the coolest solutions that will appear in the game. When you’re on any map, if there's fog, AI will see much less - meaning they’ll have a harder time noticing you. Downside? You’ll have a harder time spotting them too.

And the sound is also important while trying to find unexpected guests - if there’s rain, AI will be less aware about all the noises around. So we can say they will “hear” less things, like steps or even shooting (depending on the distance).

We want the game world to have an even greater impact on the player - that’s why we are tweaking the system. Also, it would be unfair (and not very realistic) if the opponent could boast of a falcon eye during the very limited visibility. You know, it’s not a strategy game with Fog of War which covers the map only for non-AI players.

Time has frozen on the pictures
Now that we're having such nice views, let's show you a trick. If we take three-dimensional models and transform them into two-dimensional textures, and then frame them in appropriate frames, we get some pretty cool photos. They almost resemble those taken out of a camera film. 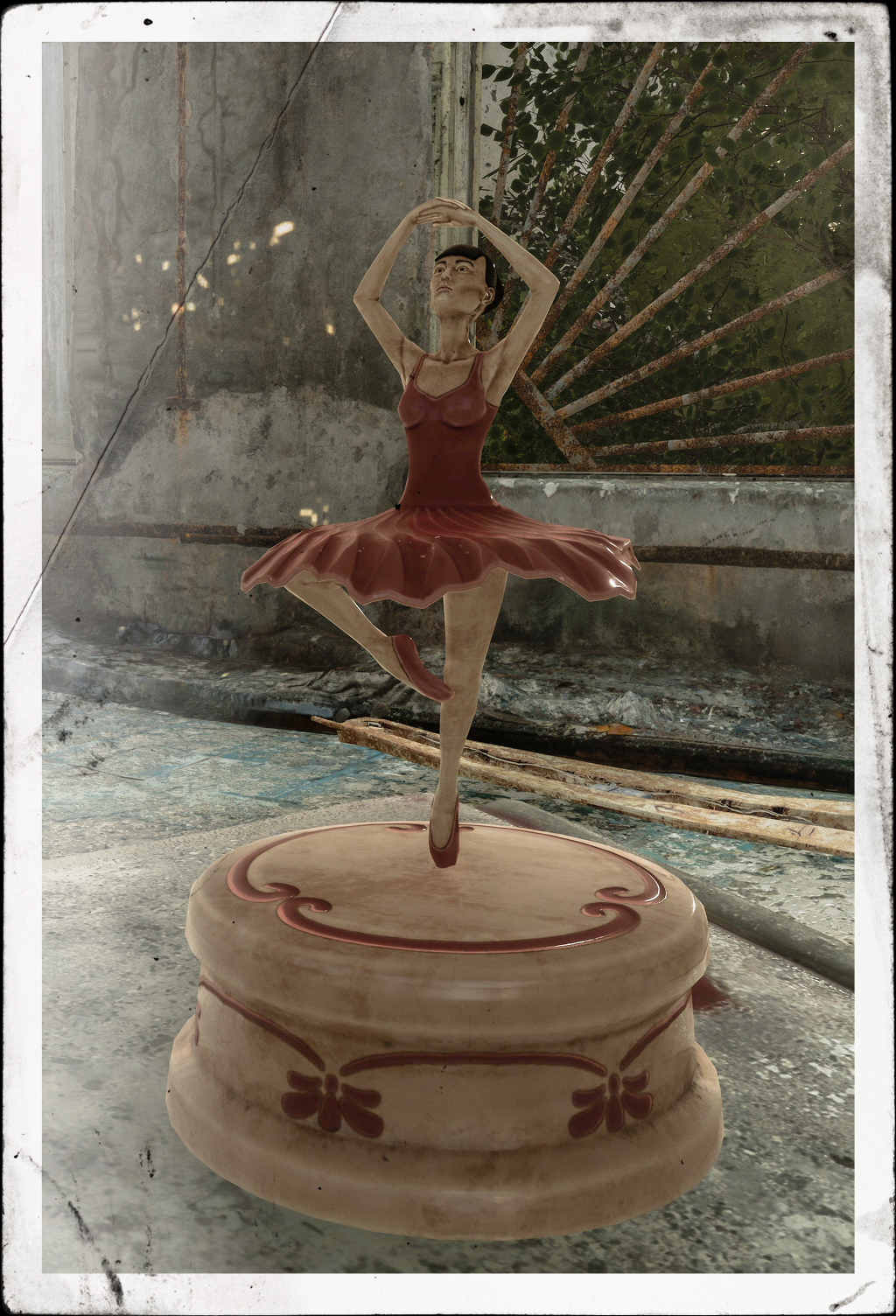 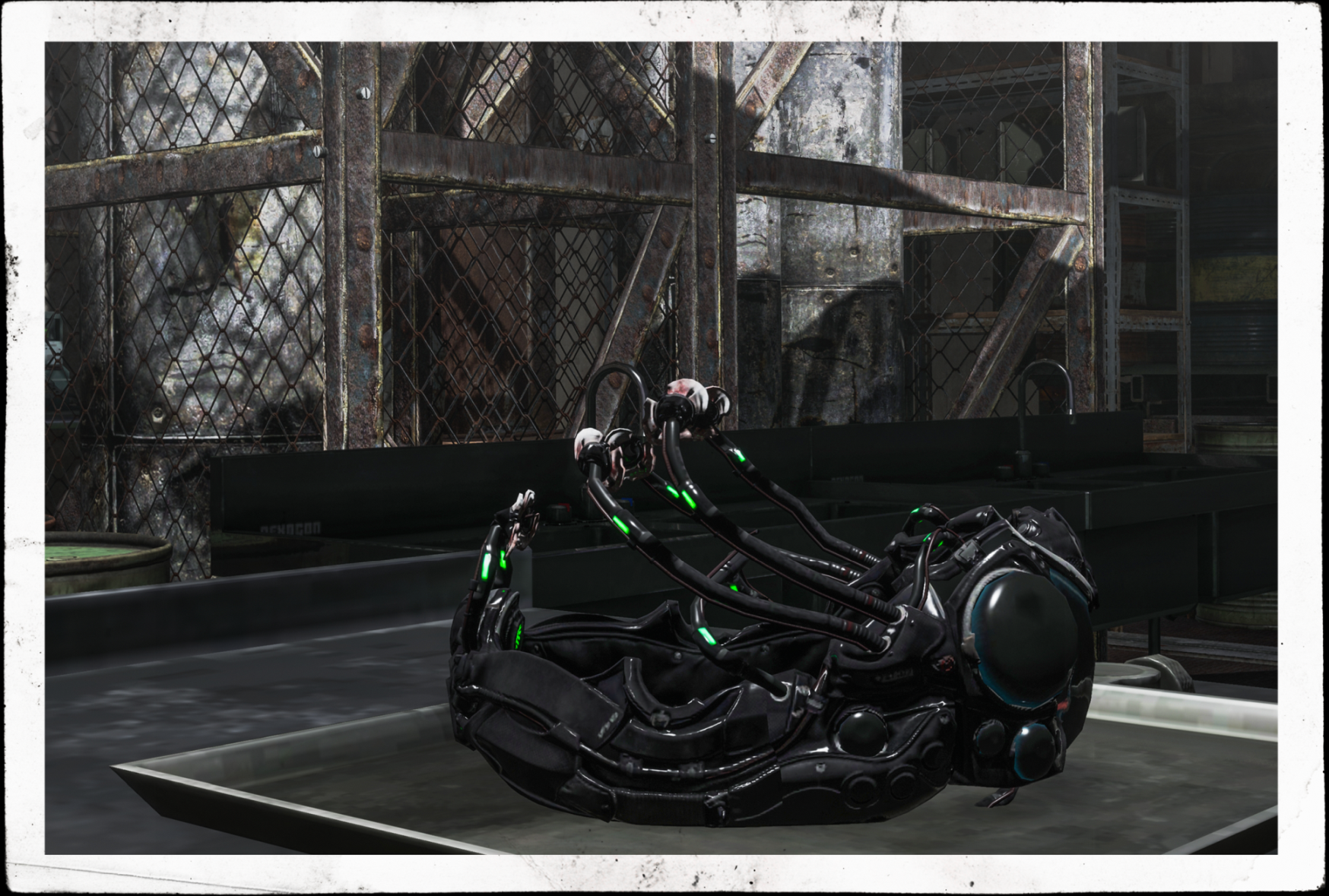 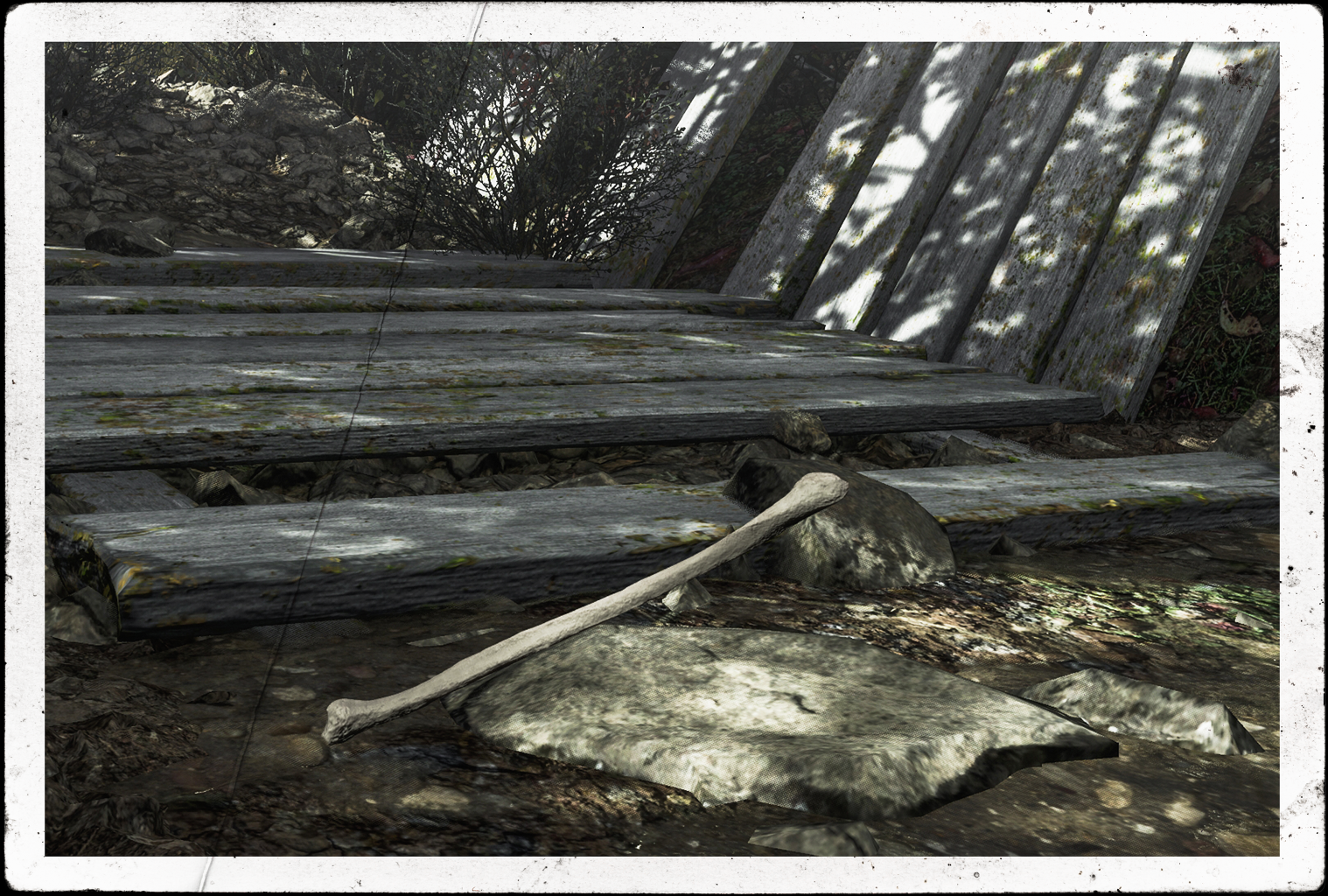 Vanishing chernohosts
The last major update of the Unreal Engine was a godsend for us and a great opportunity to fix this and that. For example, one of the annoyances of life was a bug causing the engine to crash when we wanted to change the name of one object in the editor. Imagine if you decided to change your dog's name, and it suddenly explodes. Annoying...

Looking at this from the player's side, we also made some adjustments. These include adding missing textures to your notes, fixing the never-ending growls after killing Borderers and Chernohosts, and fixing a bug where exploratory music was not triggering in some events. In fact, we're reworking the ENTIRE sound system in the game. We hope to show off the results soon.

Another bug was very scary, but fortunately it has been already fixed - after exiting the portal Chernohosts sometimes began to disappear, starting from the bottom! This error only occurred if Chernohost did not notice the player when exiting the portal. 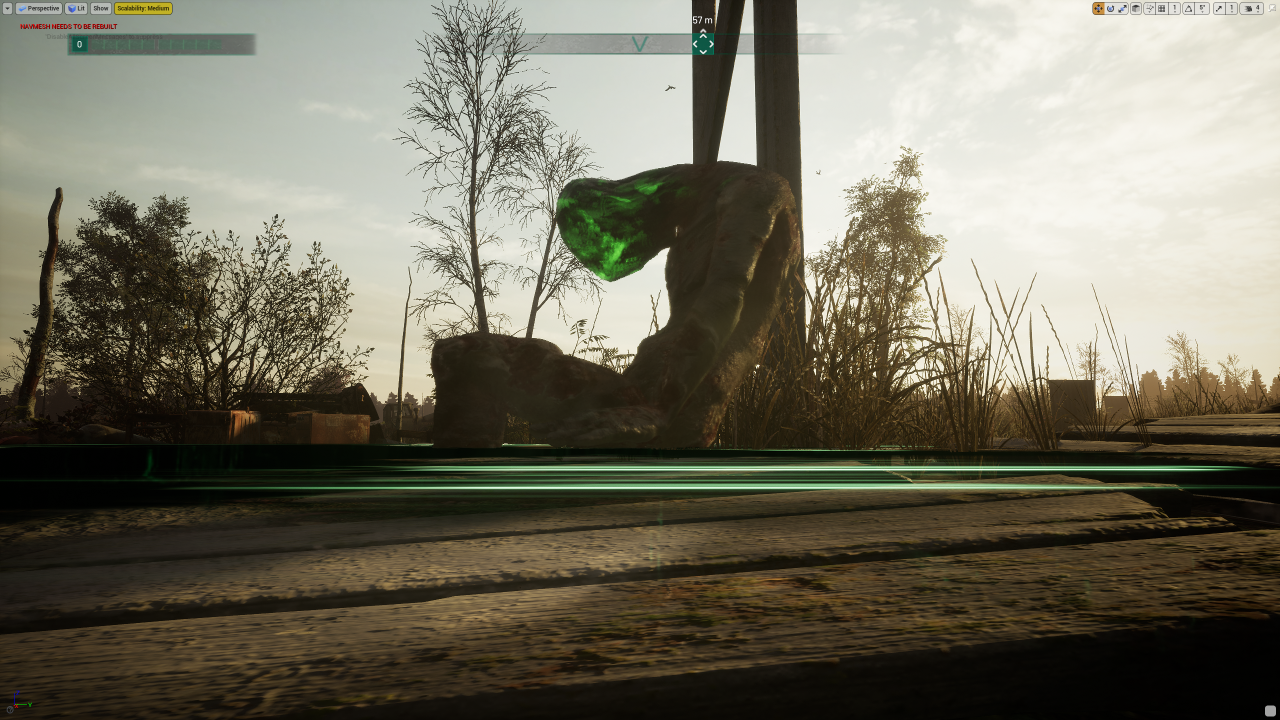 The bug has been fixed and it also fixes another one - when the portal is in the building on the upper floor and the player is below it, he won't see the legs suddenly appearing from the ceiling when the monster above it exits the portal. Which was a little bit creepy too.

More green
We also have something for the fans of the bush shown last week, as well as the rest of the vegetation in Chernobylite. We have updated our plant documentation so that Chernobylite maps can boast even more flora diversity.

Thermovision, scanners and other goodies
Ok, now something extra for the fans of military technicalities and future (hopefully) game developers. We have added a few novelties to the game and we’ll gladly explain the functions of them and show you how the work on their creation has proceeded.

Thermovision
Thermovision was already a bit cluttered with the last mega-patch. Places where you can find weapons (which already have modifications) have been added to the game. However, some of you may have gotten into the situation where your gun had a thermal imager installed which hit the game prematurely and didn't work. Oops.

We are currently working on a solution to make the new toy distinguish enemies from the environment. 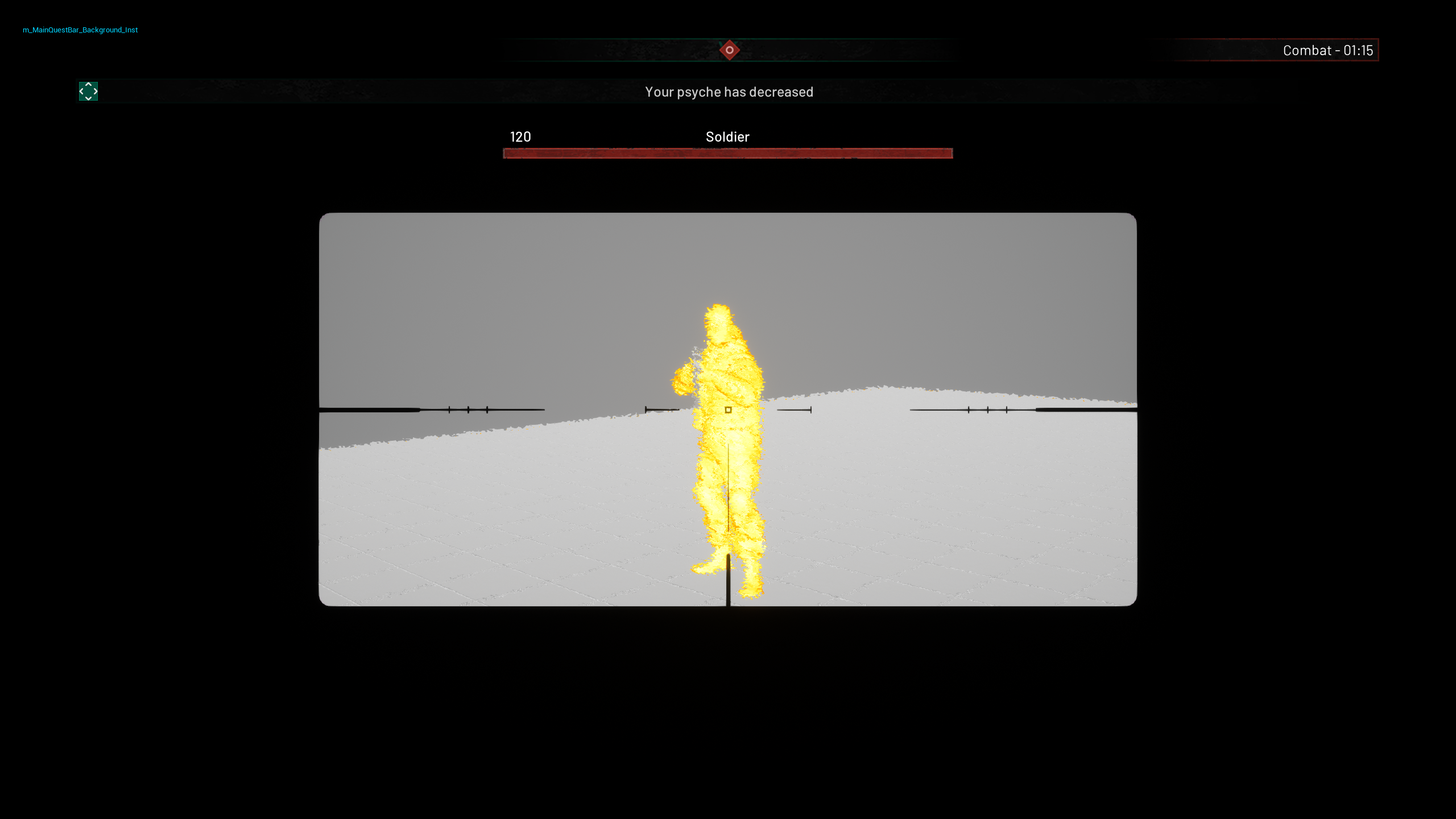 Rafał Ściblak, our junior technical and fx artist, will tell you more about it: - There is a special function in the Unreal Engine called the CustomDepth buffer to which you can assign objects. They are then rendered in a special image that includes only those objects that have been tagged. Thanks to this, it is easy to distinguish objects that interest us from the rest of the scene. Underneath is the CustomDepth buffer visualization. This buffer also contains information about the pixel depth of the object (which we will mention in a moment). The closer to the pixel the camera is, the whiter it gets. 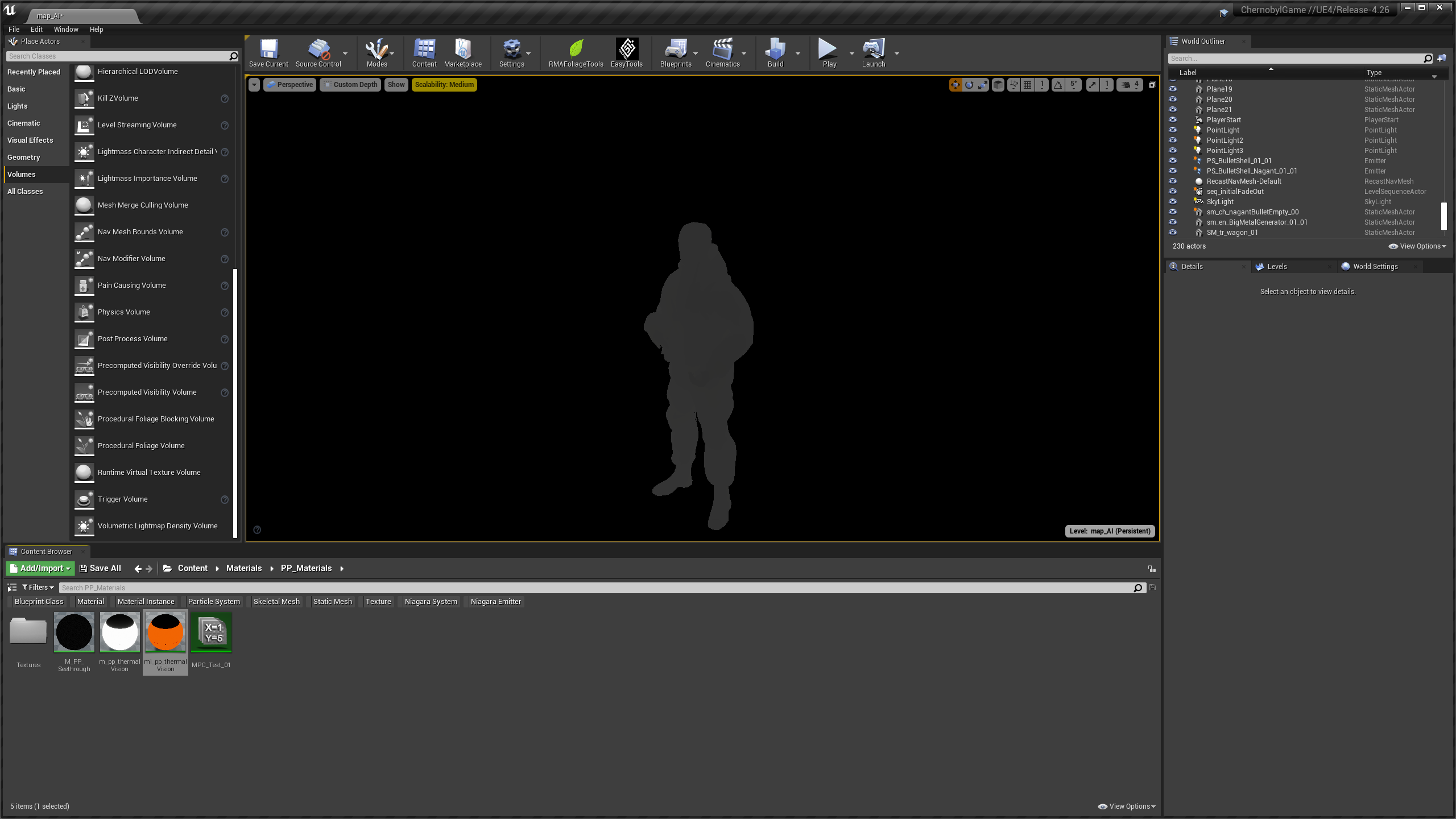 The only thing left to do in the material is to "paint" the objects in this buffer in some color, for example yellow, and the rest of the scene with gray. Finally, add the terracture of the sight and voila - the thermal imaging effect is practically ready. Magic!

Scanner and translucent eyes/object elements
You will come across various improvements in the game, like scanners. One of them is detecting enemies through walls.

Again, Rafał will explain how they work: - To make this possible, a special material had to be created that would bypass the occlusion test in the motor. The occlusion test is used to check if an object is obstructed by another. The invisible part is then not rendered.

However, this introduces a small error, as seen in the image below - you can see soldier's eyeballs and all vertices that would not normally be displayed. 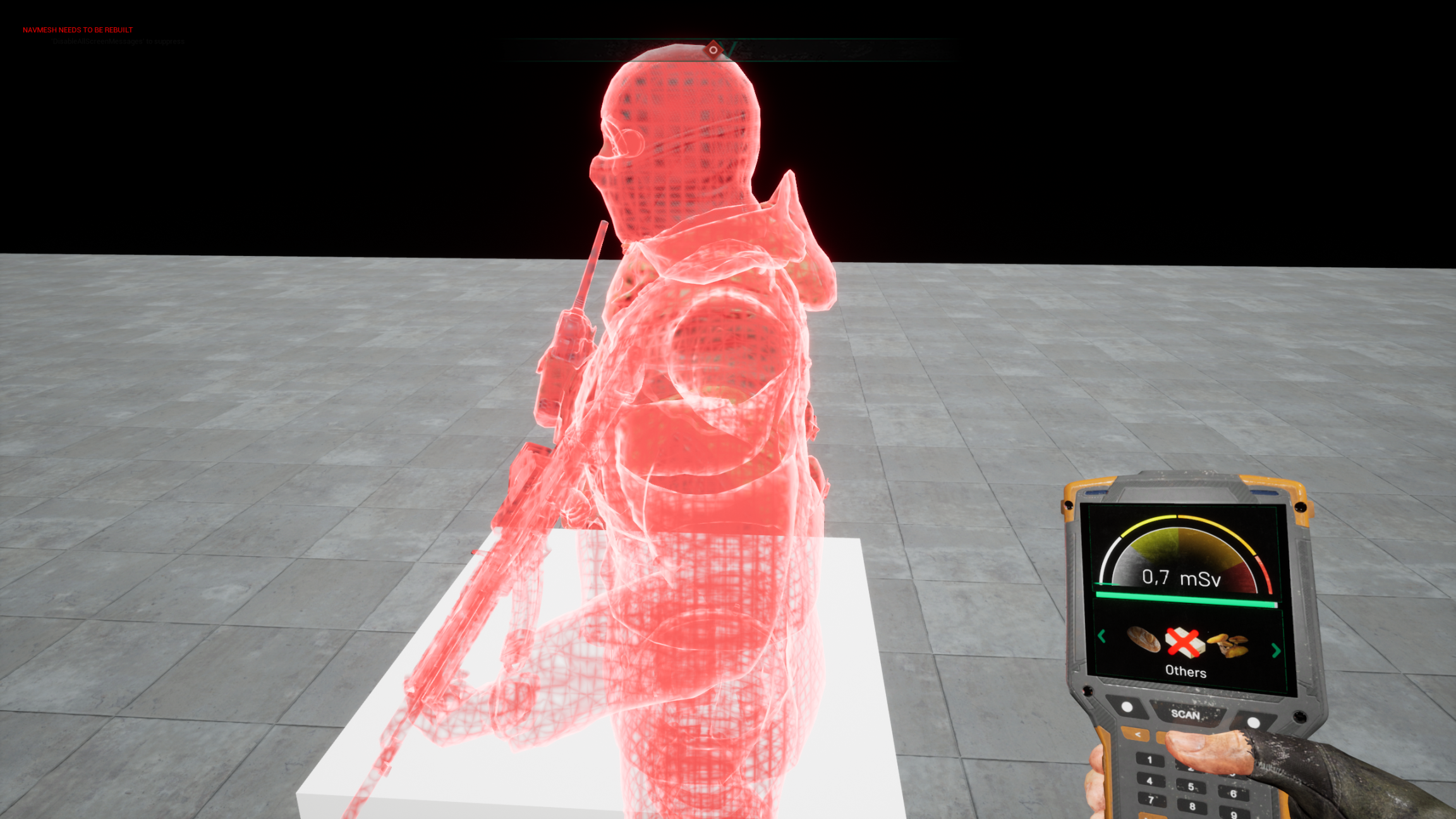 How to deal with this? The CustomDepth buffer comes to the rescue again. - This time the information about the pixel depth of the object was used. In this way, we can compare the depth of the currently visible pixel with the depth of the soldier's pixel - explains Rafał. If the soldier's pixel is deeper than the currently visible pixel, its visibility in the material is set to zero. This is how we created our own occlusion test. Problem solved! 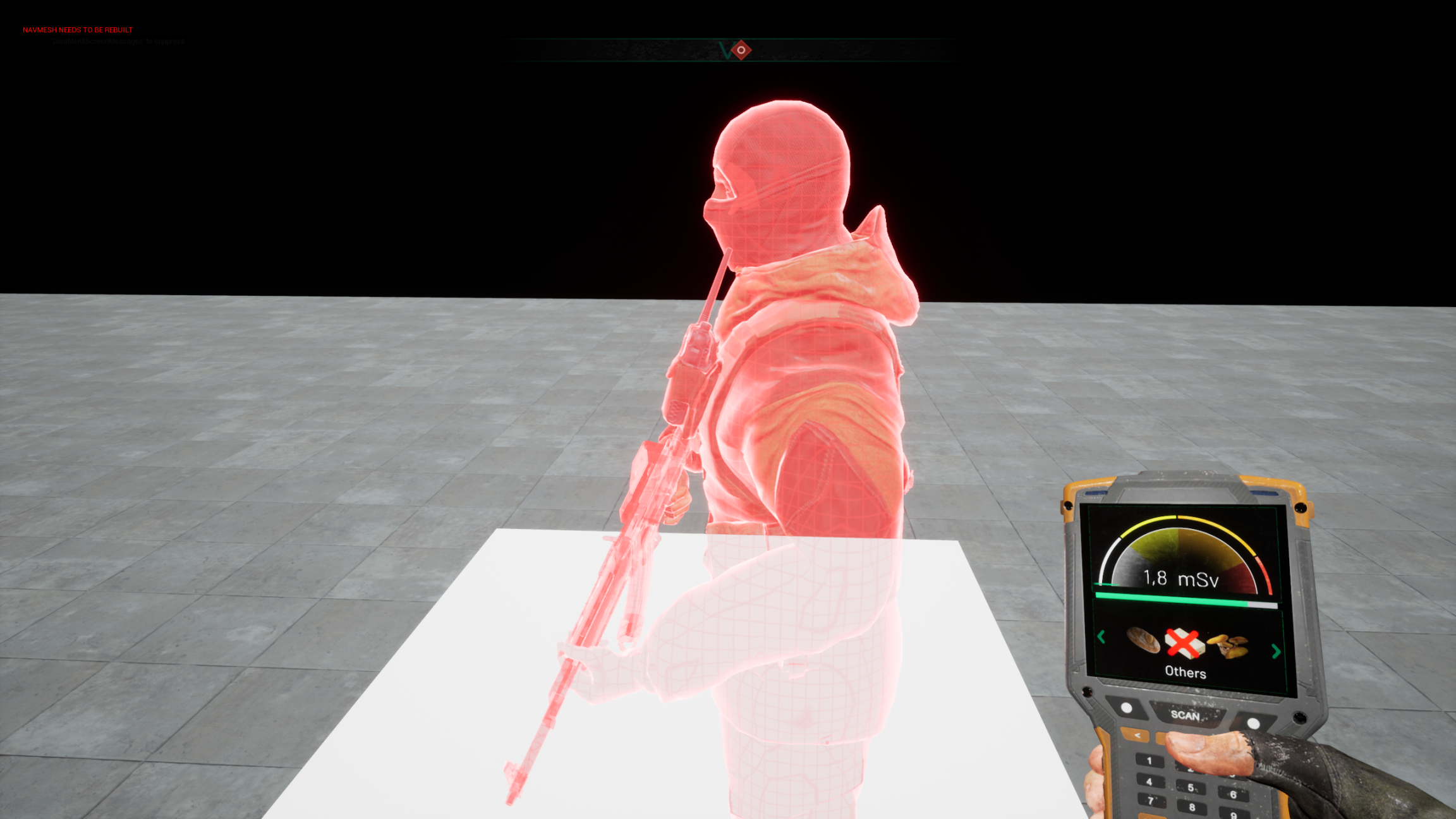