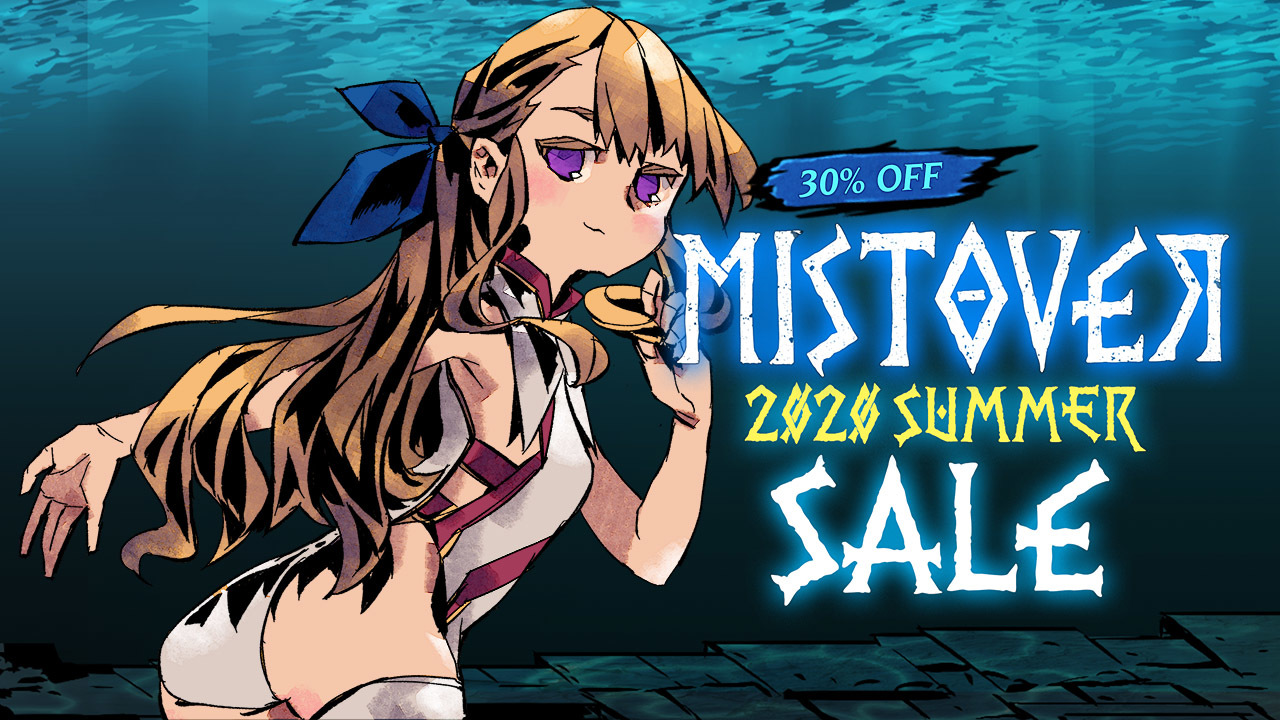 The MISTOVER Summer Sale is here! You can get 30% off MISTOVER from now through 10 AM PDT, July 9th.


Also, if you're interested in streaming our game, feel free to apply here[docs.google.com].

Hope you guys have a cool summer with Stella in the world of MISTOVER! 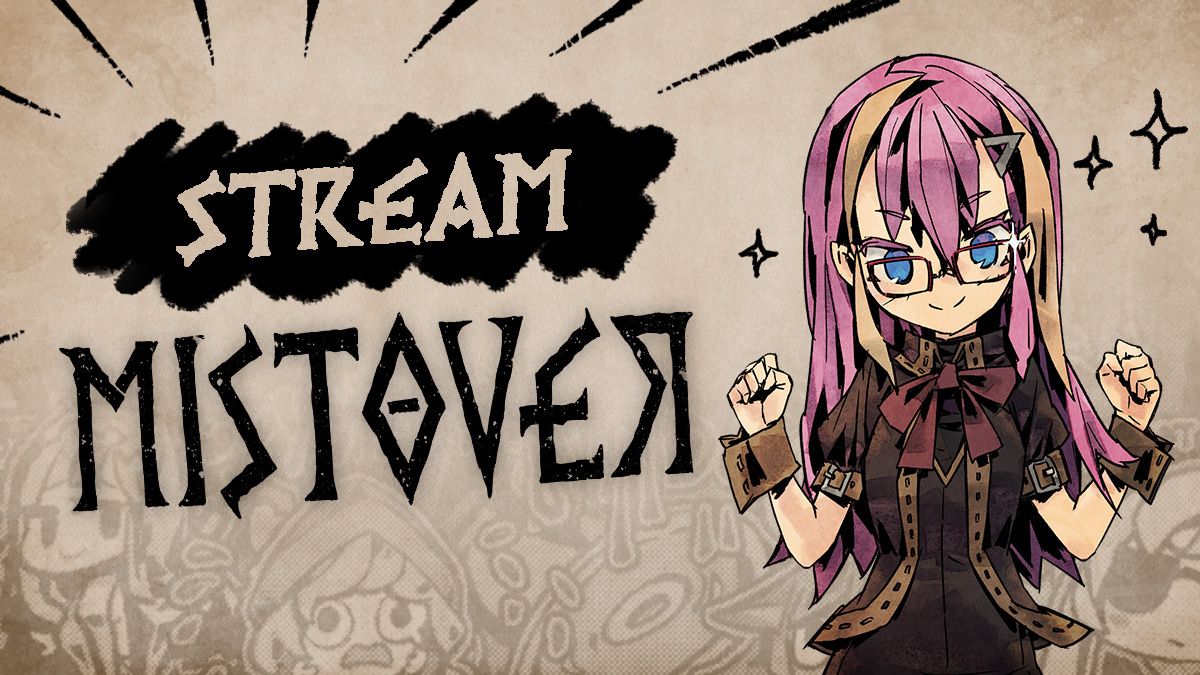 We're looking for passionate creators who'd like to stream MISTOVER or create videos playing MISTOVER!
All you need to do is just complete this simple form! If you're chosen, you will get a free review code of MISTOVER.

So please don't hesitate to apply and share the news with your creator friends!

* If you own a steam curator page, you can also apply for the event.


Hope you guys win MISTOVER and show us how you enjoyed the spooky journey through the Mist! 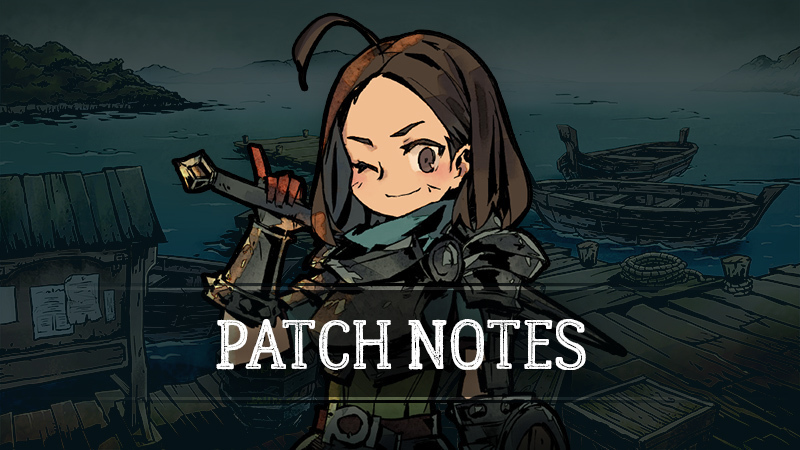 While playing MISTOVER, Corps Crews' death can be very discouraging and critical in the late game. Players experience a great sense of loss and the level of game difficulty rises significantly. We've received a lot of feedback and we are hoping to provide you options that will give positive Roguelike experiences with today's update.

'Memorialized Corps Crew' Added:
'Smoke Bomb' Item Added:
Please restart Steam to download the Update.
We are working on Nintendo Switch, PlayStation4 and other platforms as well, but they will require additional time. We will update you in upcoming days. 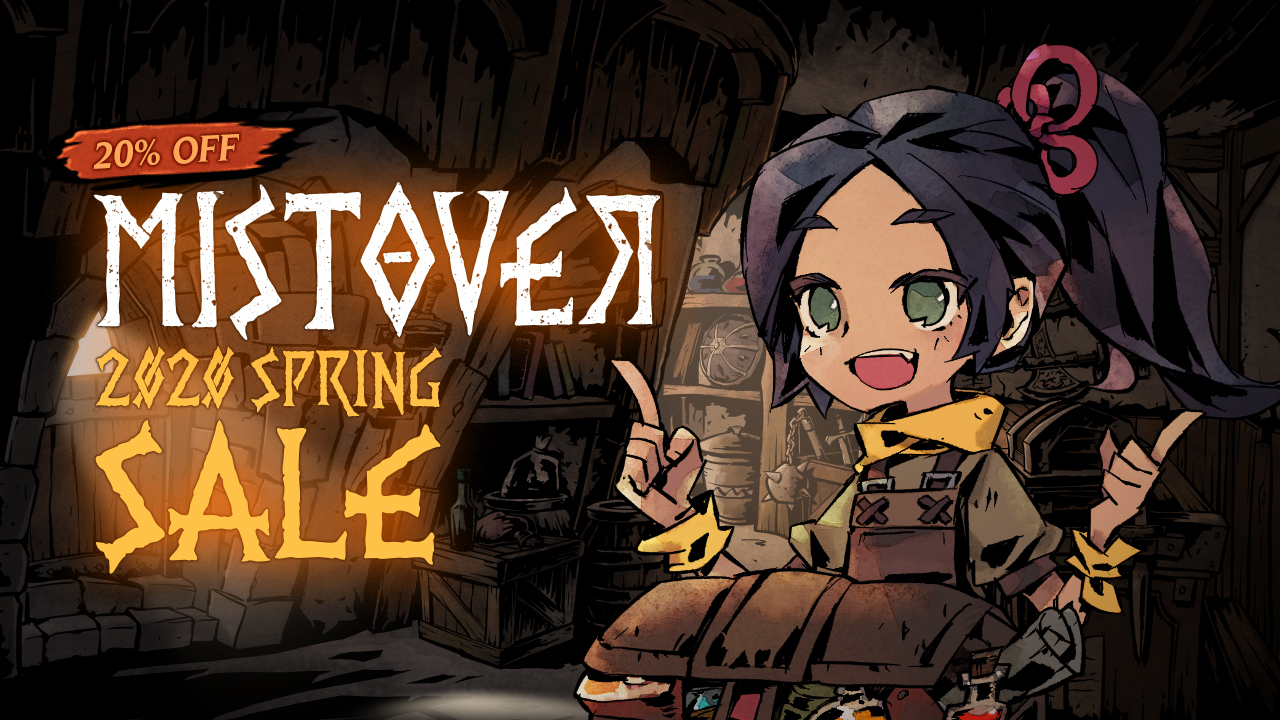 MISTOVER is 20% off during this Spring Sales 2020 Deal (April 15th ~ April 29th)! So if you have been waiting to try it or have friends who might be interested, now is the perfect time to grab yourself a copy! 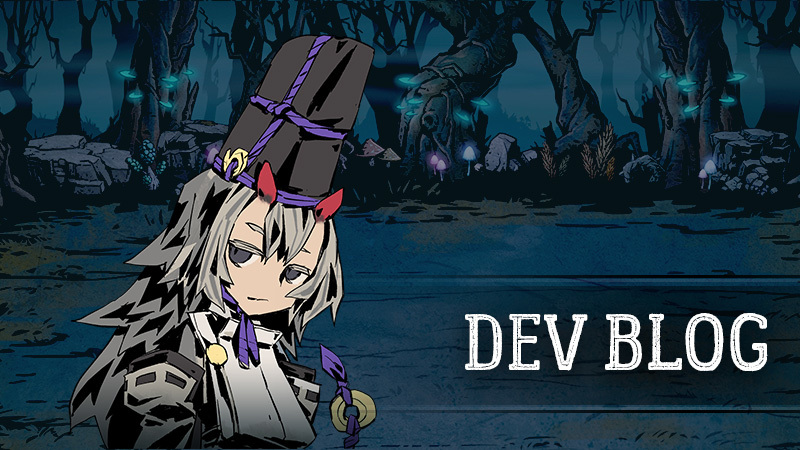 Today's the last day of Class Dev Blogs and it's Onmyouji's turn!

Onmyouji was born the son of a powerful demon father and a human princess, as a half-human and half-demon. He was able to survive because he could become a human with the magic of Yin and Yang. He got interested in Onmyodo that saved his life and became the best Onmyouji after years of studying.

One day, Onmyouji foresaw the inevitable doom of his mother nation. But no one wanted to believe his prophecy, and people belittled and shunned him. Eventually, his worst fears came true - a plague and earthquakes scourged his kingdom and all its people

He was the sole survivor of the disaster due to his inhumane robustness. In despair, he turned his back on the outer world and chose to live the life of a hermit.


He always looks bored because he knows the future ahead of him. The thought of not being able to change fate makes everything bothersome, and he even gets angry if someone bothers him.

He has lived most of his life in solitude. He tries to avoid conflicts with other people as much as possible and tries to act in the most efficient way which is less troublesome! 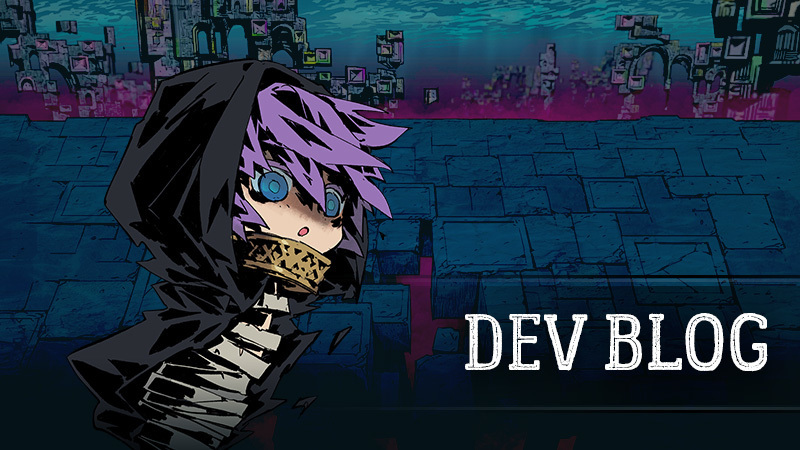 She is a rookie Grim Reaper, but she is cute rather than scary! Let's find out more about her!

She grants the soul of deceased safe passage to the afterlife, but she is a novice Grim Reaper. On her first day collecting souls, she lost the 'List of the Dead.' She cannot go back to the Netherworld until she finds it. She searches for it every day, but the list is nowhere to be found.

She wears a dark headscarf and it makes her look scary, but she is actually warm and tender. She can be timid, weepy, and very clumsy at times! It's not surprising that she falls down all the time, but she quickly gets back up and be an innocent girl. 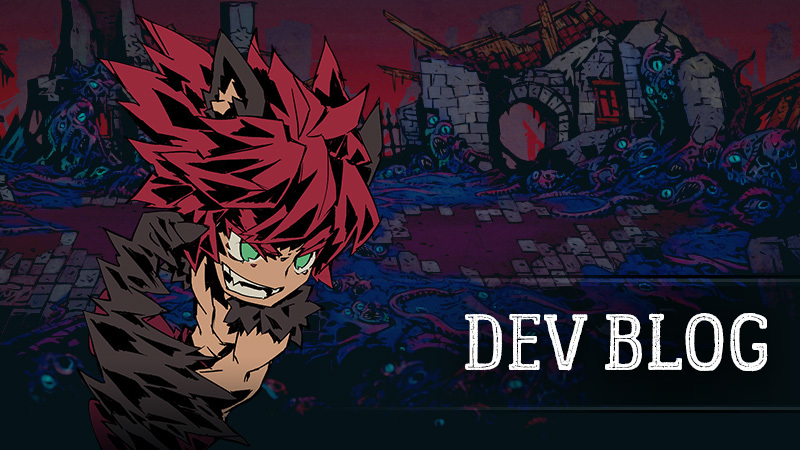 Werewolf loves to fight, he even taunts all the enemies around him! Let's find out what kind of life he's been living!

Werewolves were created by a wolf god Fenrir from his own blood and the body of a human.
As Fenrir acted up, he has been driven out of the heavenly paradise into the human world by the gods. So he decided to conquer the paradise by force and created the werewolves.
Werewolves drove the gods into a corner with their amazing powers, but ended up losing as Fenrir fell asleep cursed by the gods.

Before Fenrir fell asleep, he promised werewolves their paradise. Since then, they've been waiting for the awakening of their master.


The Werewolf doesn't fear death! He excels in battles with his superior physical abilities. Usually he is close to human form, but his appearance suddenly turns into a wolf when he attacks enemies.

Werewolf is very passionate about fighting and he often can be stupidly naive! You may feel scared because he doesn't talk much, but he is so innocent! 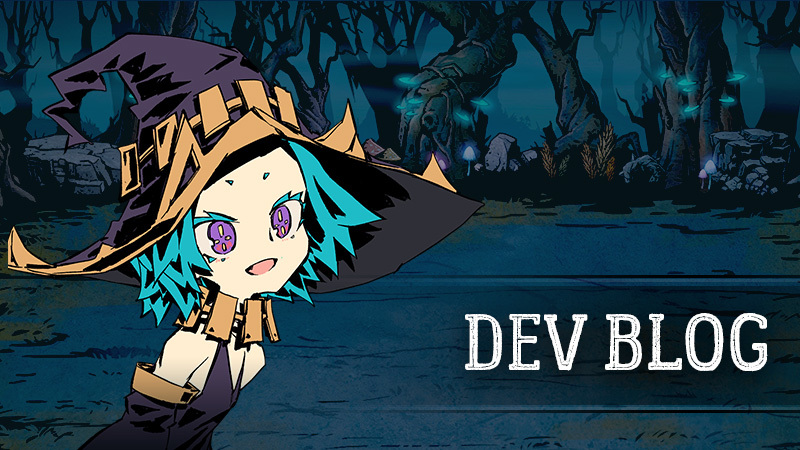 Witch's power isn't immortal! Her power will fade away as she grows up. Wanting to retain her magic forever, Witch is seeking ways to stay afflicted by Witch Syndrome.

Witch was a normal girl when she was young, but suddenly she gets "Witch Syndrome" a disease that affects adolescent girls, granting them magic abilities. Only the strongest witches who contributed to defeating the evil will get "Stars" and remain their power. Those chosen ones will also be given tremendous honor and material benefits.

She met a great teacher and became one of the strongest. But she was shocked to see that even her brilliant teacher became a normal human once she grew up. So Witch began her journey to win "Stars" and keep her power forever.


She has star-shaped eyes due to her magical power! She is bursting with confidence and an energetic spirit, but also is thirsty for other's attention because of the memories being ostracized by society in her childhood when she couldn't properly control her power. 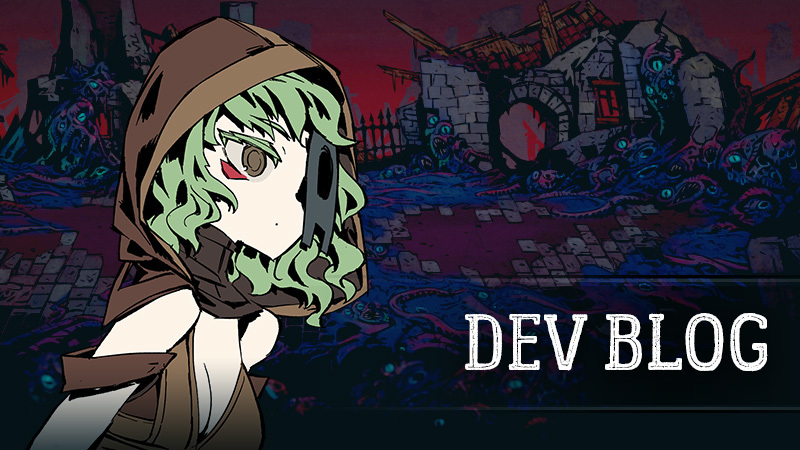 I will tell you the story of a powerful corps crew, Shadow Blade.

The Shadows Brotherhood, an extremist religious group in the desert, has kidnapped pagan children and turned them into assassins. One of the children was Shadow Blade. She was a royal family, but unfortunately, she was kidnapped, renovated, and raised to be a powerful assassin.

As the evil deed of the Shadow Brothers grew worse, they had collapsed under the attack of other forces, and Shadow Blade regained her freedom and became a mercenary.


She has been following on orders all her life, so she's not used to freedom yet and she tends to be obsessed with completing missions. She also wants to secure as much money and food as she can because she has lived in poverty.

Considering her line of work, it's not surprising that she doesn't talk much and rarely expresses herself. However, behind her cold face, she has a hidden weakness for cute trinkets and sweets. 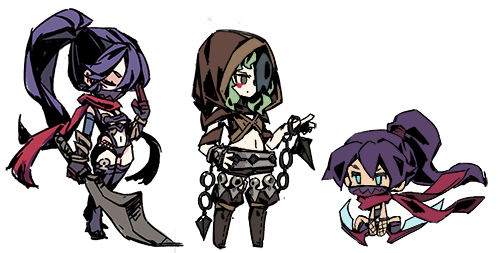