Knight Bewitched is a turn-based jRPG that follows the love story of innocent witch Gwen and Ruth, the stalwart knight tasked to slay her.
$4.99
Visit the Store Page
Most popular community and official content for the past week.  (?)
Knight Bewitched 2 - Current progress, Twitter updates
Feb 9
Heya!

Though Knight Bewitched 2 is still very early in development, I'd like to talk about progress made with it so far as well as a couple new features.

Much of the work done with Knight Bewitched 2 so far has involved improving the game's base scenes: 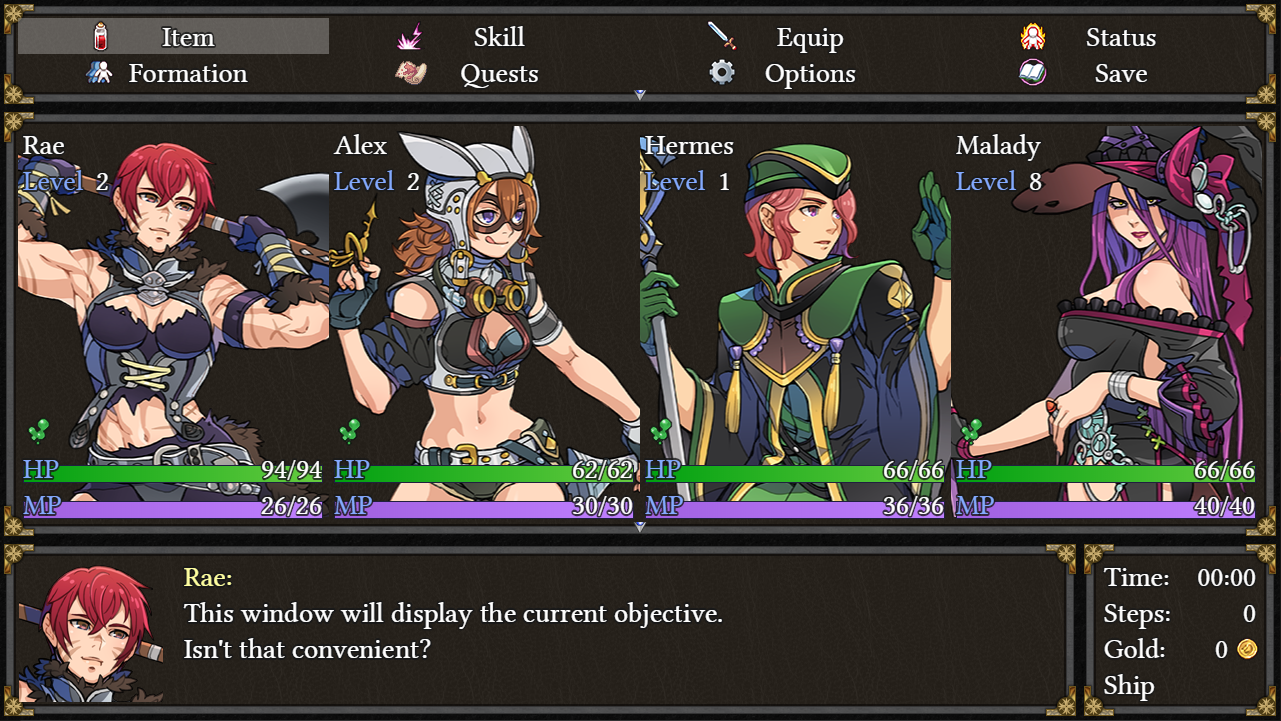 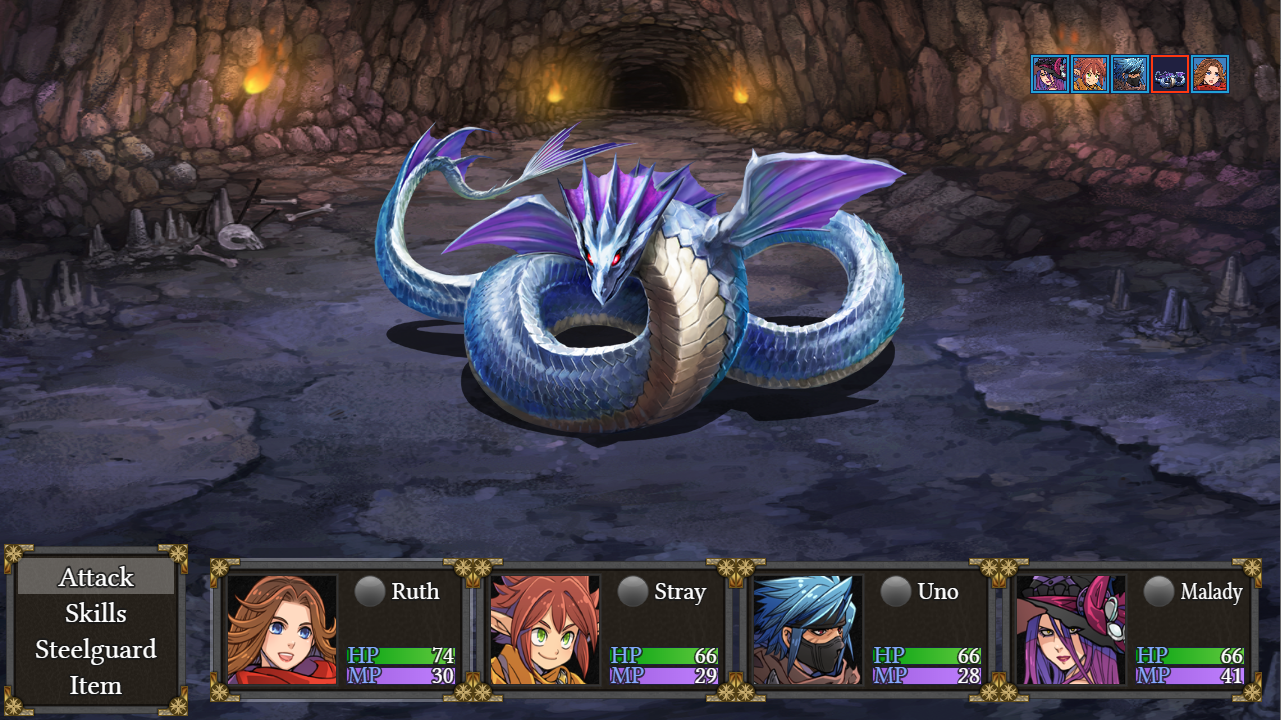 An eight-person party
All four original members of Knight Bewitched are returning, alongside three new characters and one more you'll be very familiar with. You'll start off being introduced to the three new players, with the party slowly being built up as the story progresses. Expect to see many side-stories and cutscenes exploring the relationships between all eight characters! 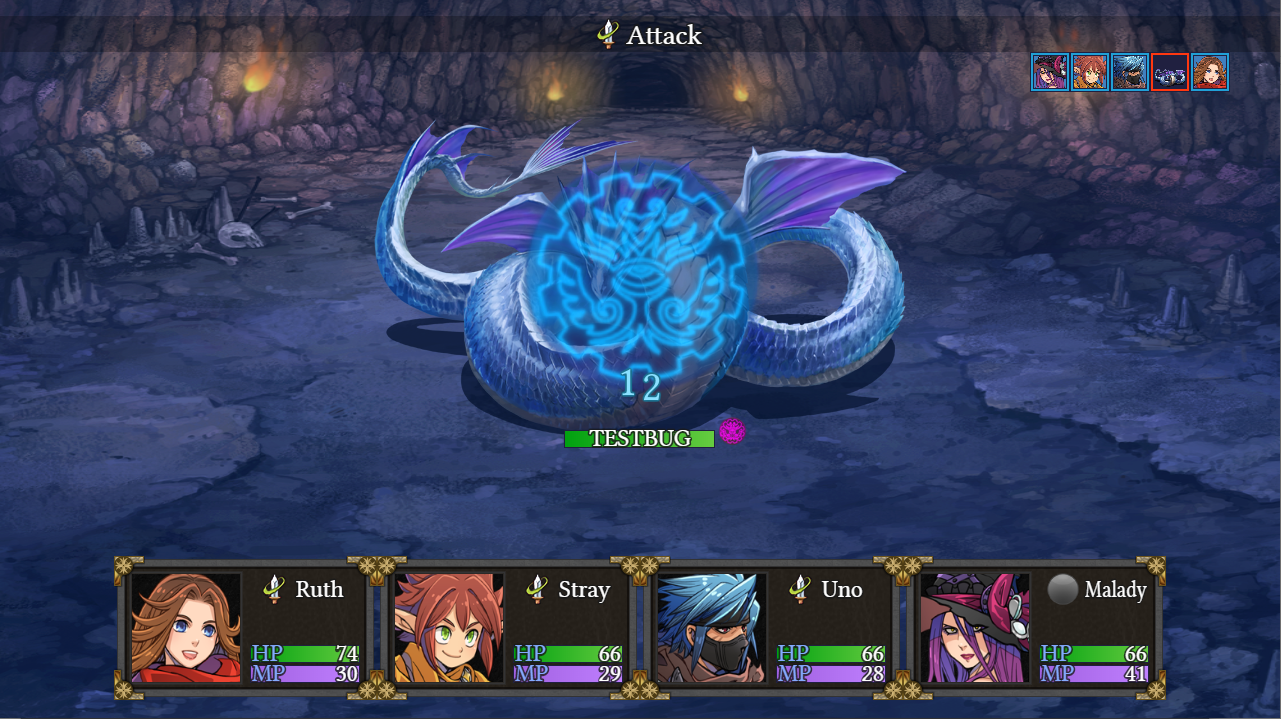 A new battle mechanic, both enemies and allies alike can gain HP Barriers with certain skills and equipment. Barriers will need to be depleted before damage can be dealt. Some skills will deal increased damage to barriers, and some skills will bypass barriers entirely! 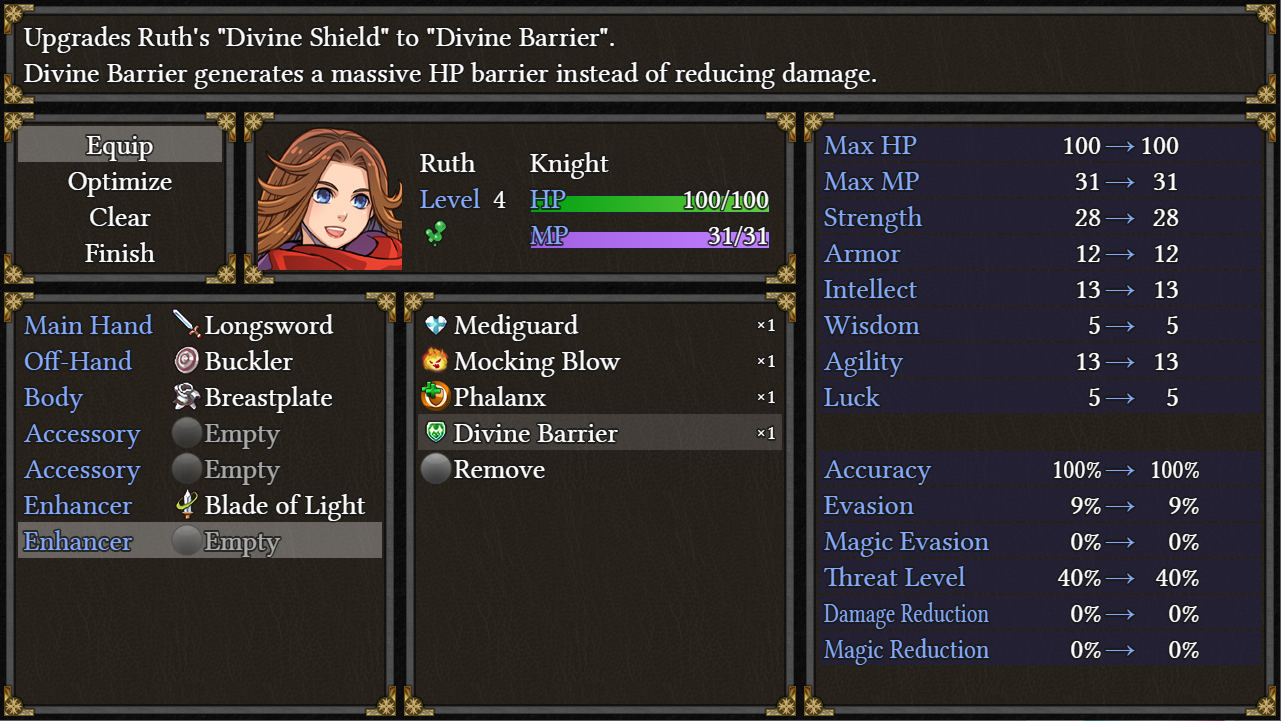 Replacing the Trinket system, allies can now equip Skill Enhancers, upgrading an older skill to a newer, more powerful skill with added effects. 50 skill enhancers will be available, and much like Trinkets, will be hidden all across the Ambrose Underground for the player to find.

Speaking of the Ambrose Underground... 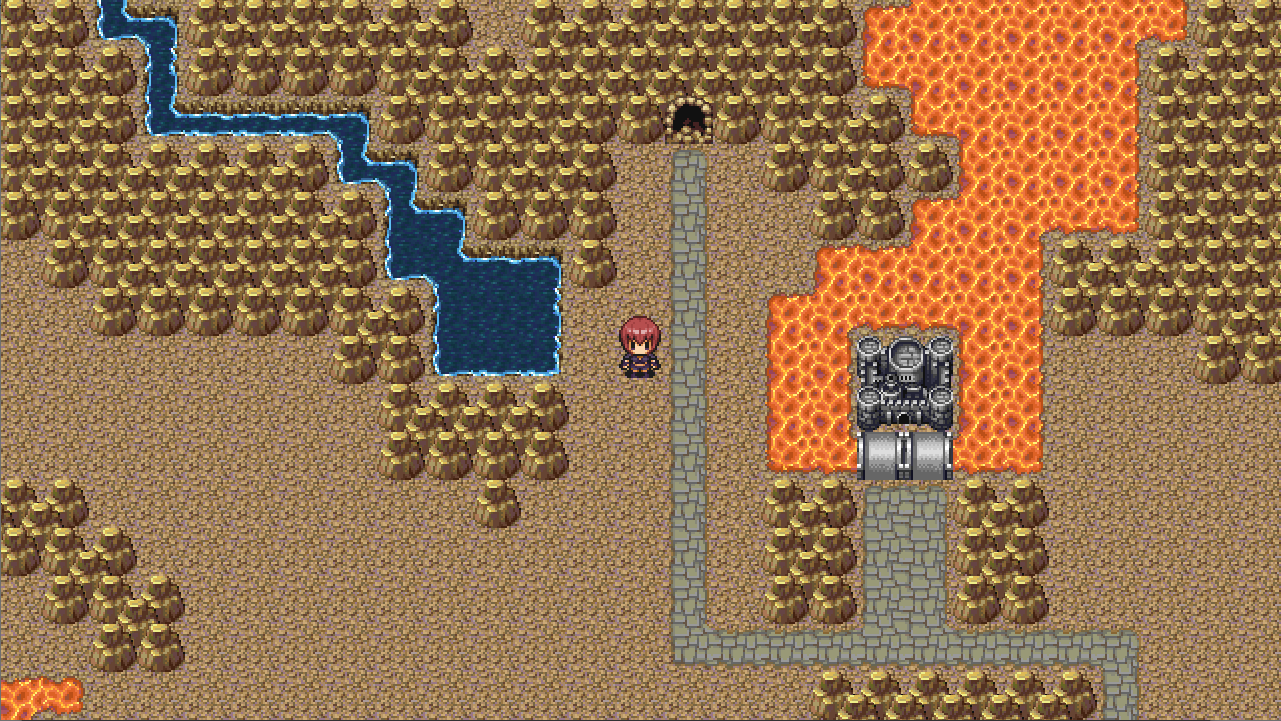 The majority of the game's story will take place here. Fans of Finding Light will recognize a few of the locations here. No spoilers yet!

Release date, What's Coming Next
Though the game is still early in development, I've already began commissioning the game's artwork. One thing Knight Bewitched sorely lacked on its release was artwork. For the sequel, I'd like to include some artwork shown in scenes in-game. In the upcoming months, I may host a Kickstarter to help secure funds for this, but some extra artwork is guaranteed to show up even if the Kickstarter falls through.

Knight Bewitched 2 will have an expansive world with more content than my previous games, so right now I'm putting the release window sometime between August and September.

Unlike with all of my previous games, I plan on announcing updates as the game progresses on Twitter - so if you're interested in seeing progress on Knight Bewitched 2, follow me!

Knight Bewitched
0
27
Sandman battle bugged?
For some reason you can fight Sandman more than once. I don't know if its intended, but I got dupe "Idol of the Sands" accessory and I can trigger the battle for the third time. One more thing: when I defeated the golem, his right arm still up and the ba...
1

KrEstranho
Apr 4 @ 6:49am
General Discussions
LGBT....Friendly...smh
I was going to buy this game, then suddenly realize that stupid LGBT friendly thing in the product description... I mean, wtf... why most game must be riddled with some stupid agenda behind it nowadays...
28

Pixelica
Feb 12 @ 12:50pm
General Discussions
So you wanna fight Lilith
In "The Depths" lies an unspeakable evil. Lilith. After slaving your way cutting down OgoPogo level Super Bosses. You meet Lilith. So your party has to be at a minimum of level 20 to enter the depths, I recommend you enter at level 30 as to make life eas...
1

Yang Xiao Long
Apr 4 @ 7:02am
General Discussions
OgoPogo
How do I beat this giant snake..I can get through 3 color changes and then he just wipes my party out in one fell swoop!...Help!
2 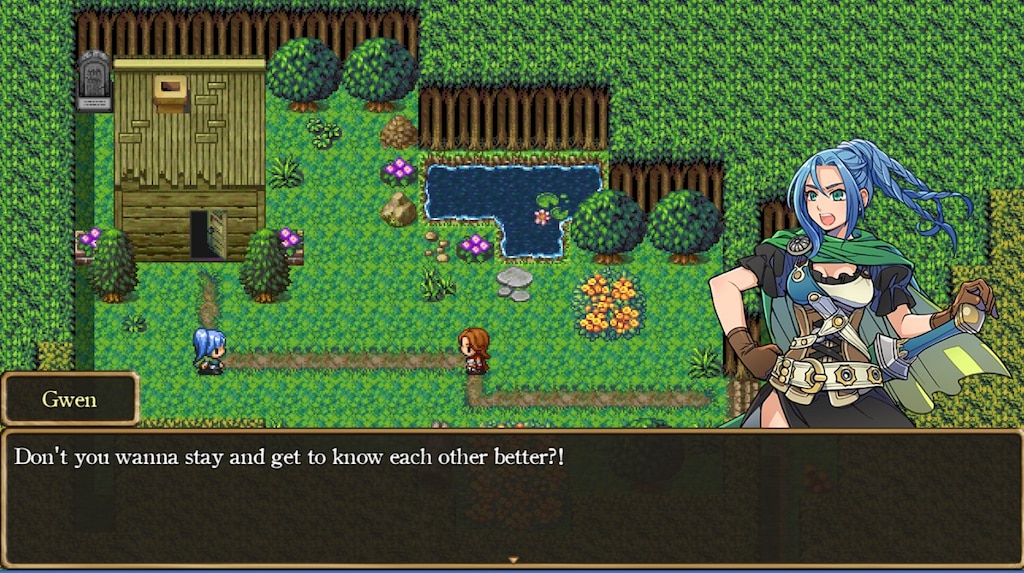 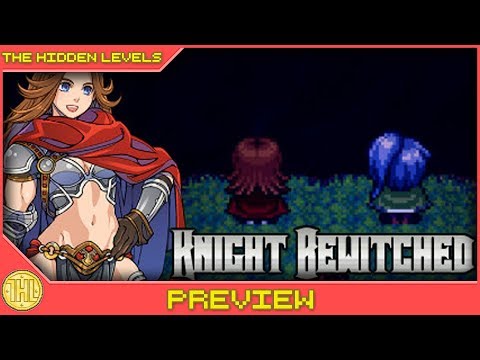 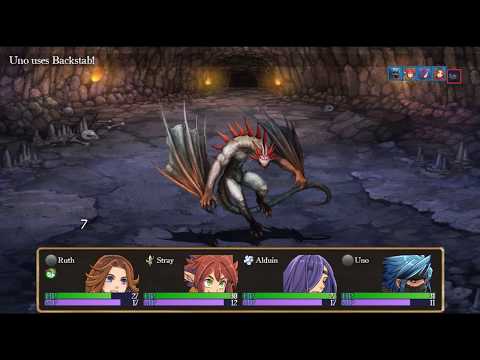 Knight Bewitched Guide
This is a guide for the game Knight Bewitched. It includes a walkthrough and a map of the teleport puzzle from the Sealed Tower.
0

Knight Bewitched - Full Guide
A full guide complementary to the other guides.
0 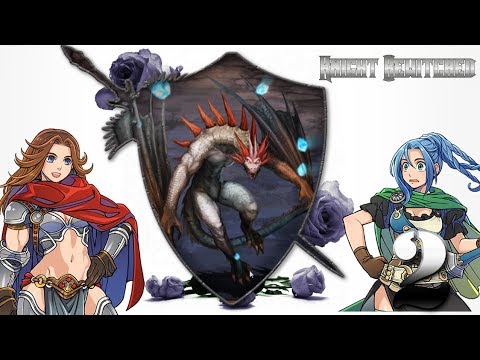 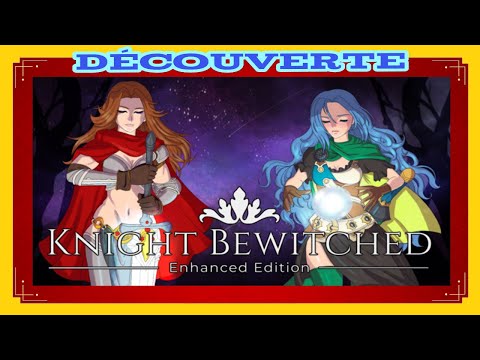 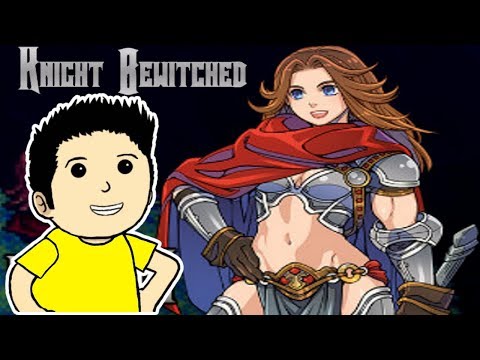 KevGuuey
View videos
STUCK! Cant get to 3rd Nimph Nowi
Already Beat the Desert Maze and found the other on the Nimphs Need nelp figuing out how to access the tower on the X island. Clue to nimphs location is clearly pointing to top of tower; but I can't get the door to open. Been to every town and talked to ...
11

Recommended
63.7 hrs on record
this was awesome and very different and definitely a shout out for the lgbt community