Game of the Year - The Game Awards 2019 Best Action Game of 2019 - IGN Carve your own clever path to vengeance in the award winning adventure from developer FromSoftware, creators of Bloodborne and the Dark Souls series. Take Revenge. Restore Your Honor. Kill Ingeniously.
$59.99
Visit the Store Page
Most popular community and official content for the past week.  (?)
Artwork 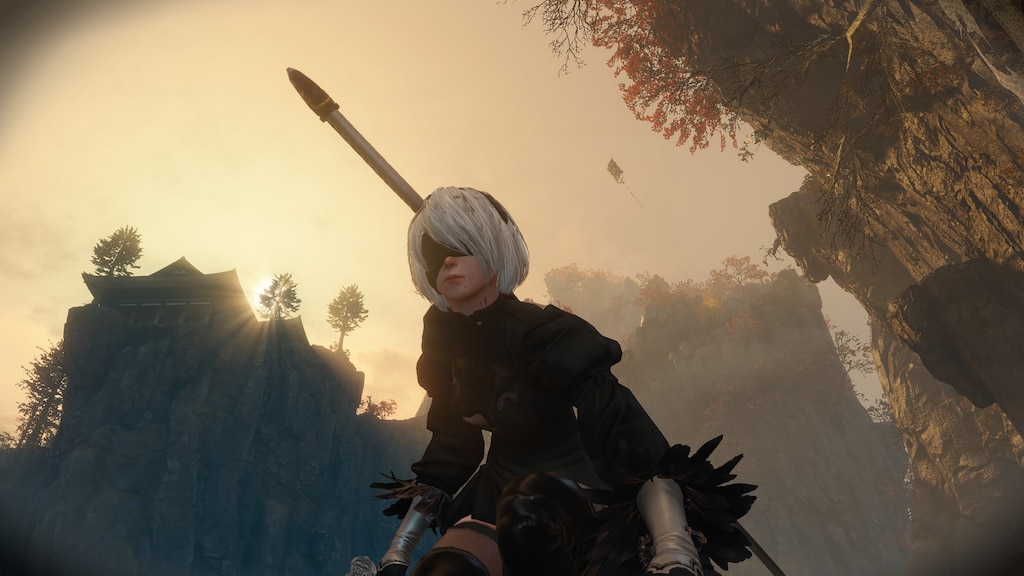 Sekiro: Shadows Die Twice 100% achievements by Biohazard Lord [EN/PL]
In this guide you will find everything you need to get 100%: All collectibles, useful tips and video guides. Video guides used in that guide are not mine so leave a like, comment under that films and subscribe autors. W tym poradniku znajdziesz wszystko...
52 ratings 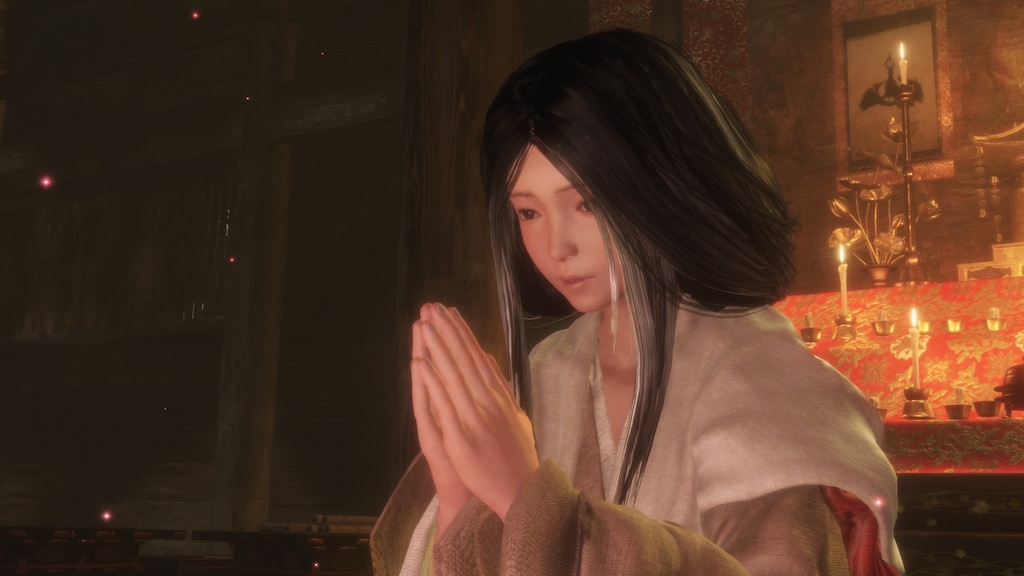 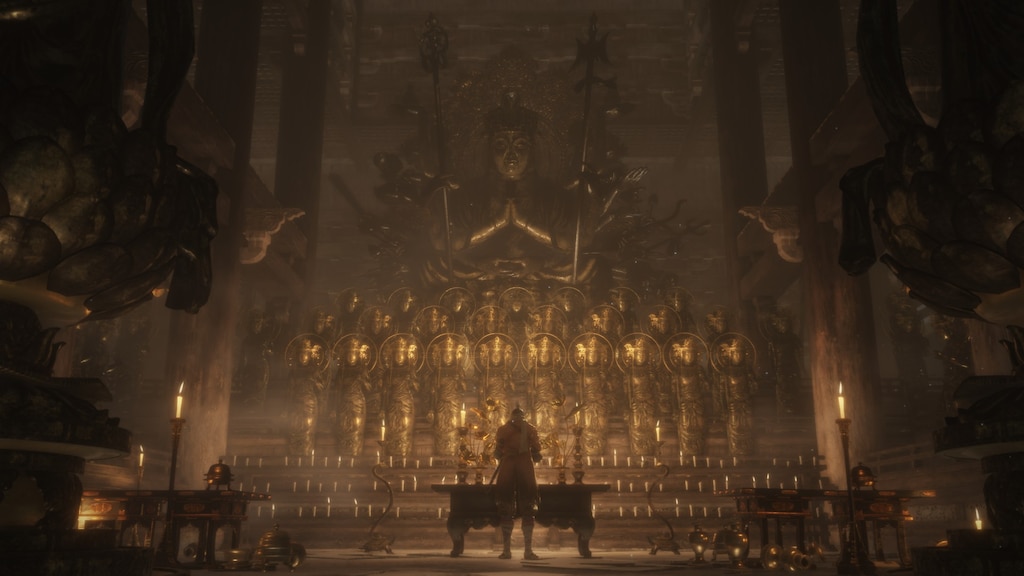 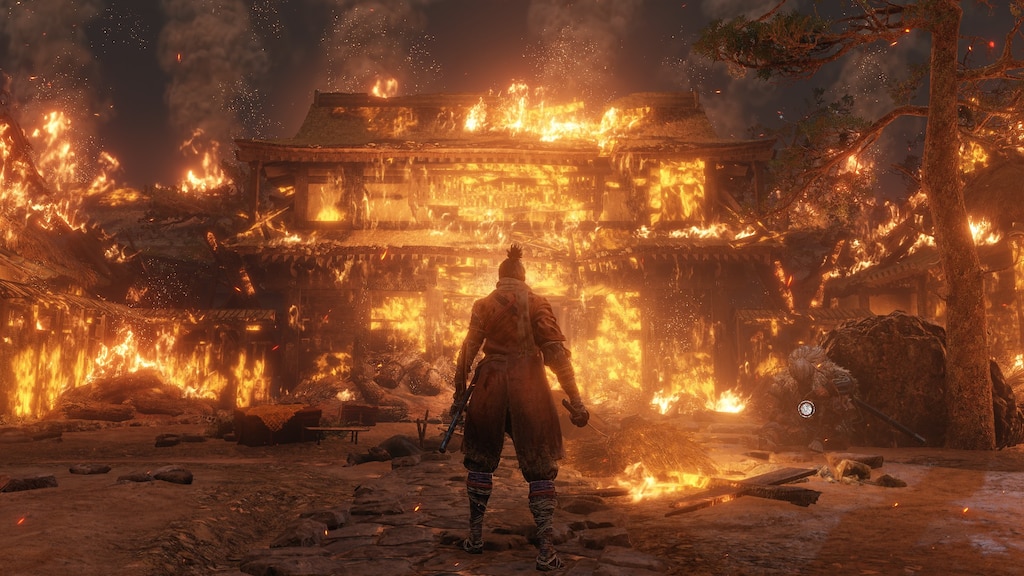 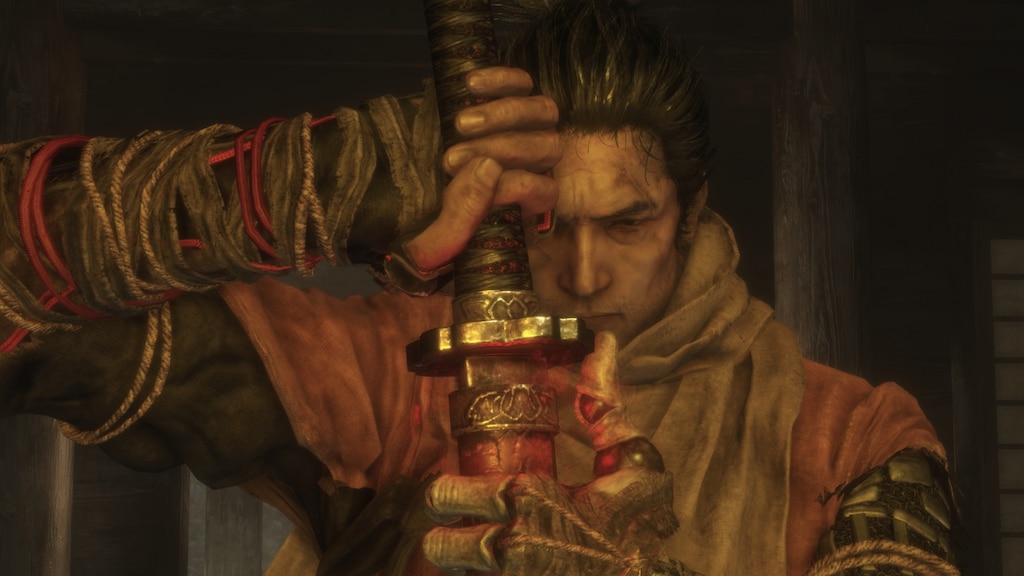 Recommended
35.9 hrs on record
In Sekiro, you play a shinobi, a ninja, whose young master was kidnapped. The young master has a special heritage, that's why he matters so much to your enemy. To rescue him, you have to sneak and fight your way through historical Japan. Across your journey, you visit very different parts of the country.
On the whole, the game is a mix of stealth and combat. That doesn't sound all that interesting at first, and yet Sekiro has, hands down, the best game design I have ever seen in a video game.

In many locations, it is up to the player whether to simply sneak past an enemy, sneak past an enemy and then attack the enemy from behind or to seek direct combat. If you choose to play dirty and to attack your enemies from behind, it not only gives you an advantage in combat, it also fits nicely with the shinobi theme. If you choose direct combat, which is sometimes inevitable, the game thrives on the fact that you have to break through your opponents' cover in order to hit them with a death blow. This in turn leads to some really nice "finish" animations. Defeating opponents is often a painful learning process because you have to learn how they move and when it is best to parry. Yet you are more engaged than frustrated in the process. If you die, there is the option to be revived. However, you lose half of your money and half of your experience points. How I have cursed this game (despite all the commitment)…
Anyone considering a purchase needs to know what they're getting into, because this game is difficult as hell. And for those who think they are getting through the game quite well and would prefer it to be even harder, there is the option to play it on “hard”. But who does that?

The level design is awesome because you can move horizontally and vertically, i.e. you can swing from rock to rock or climb trees with the help of your grabbling hook. Likewise, you can also follow a straight ahead path (but the direct path is usually not recommended because you would simply miss things).

There are some role-playing elements in form of a skill tree and in form of modules. However, you won’t find a lot of different weapons or armors because you basically stick with what you’ve got. But that doesn’t mean that you won’t find useful things at all. One of the most useful things in the game are pumpkin seeds! But I don't want to spoil anything here.

My points of criticism are: Since the game was made by Japanese developers, probably with Japanese players in mind, I don’t always understand all the connections in the story. Occasionally I have to look things up in the internet to get an explanation. But I haven’t finished the game yet, so maybe my confusion will still clear up.
And if there is a hard mode, wouldn’t it be possible to have an easy mode, too (yep, I’m a wussy and not even trying to deny it)?

Apart from that, the game is fun to play despite the high difficulty level. The grappling hook, the stealth, the sword fights, the historical Japan, even the story ... all of these things make Sekiro a unique game experience.

How Not To Get Angry While Playing Sekiro™: Shadows Die Twice
I Will Tell You Step By Step
66 ratings

---{ Price }---
☐ It's free!
☑ Worth the price
☐ If it's on sale
☐ If u have some spare money left
☐ Not recommended
☐ You could also just burn your money

---{ Bugs }---
☑ Never heard of
☐ Minor bugs
☐ Can get annoying
☐ ARK: Survival Evolved
☐ The game itself is a big terrarium for bugs 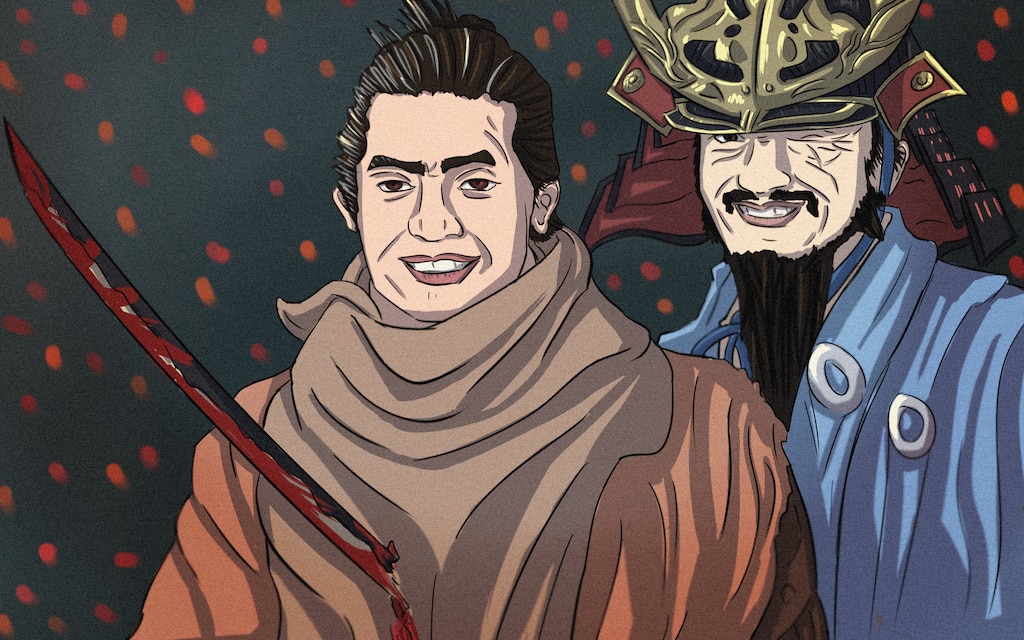 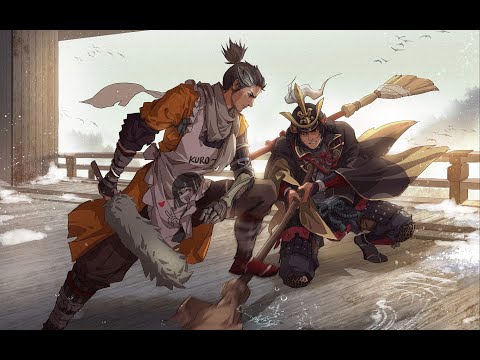 Prosthetic Tool location
There are ten to find and each can help you out in different combat situations.  You can have three equipped at once and you'll be able to cycle through them on the fly. Knowing what each one does and having the correct ones equipped for the types of en 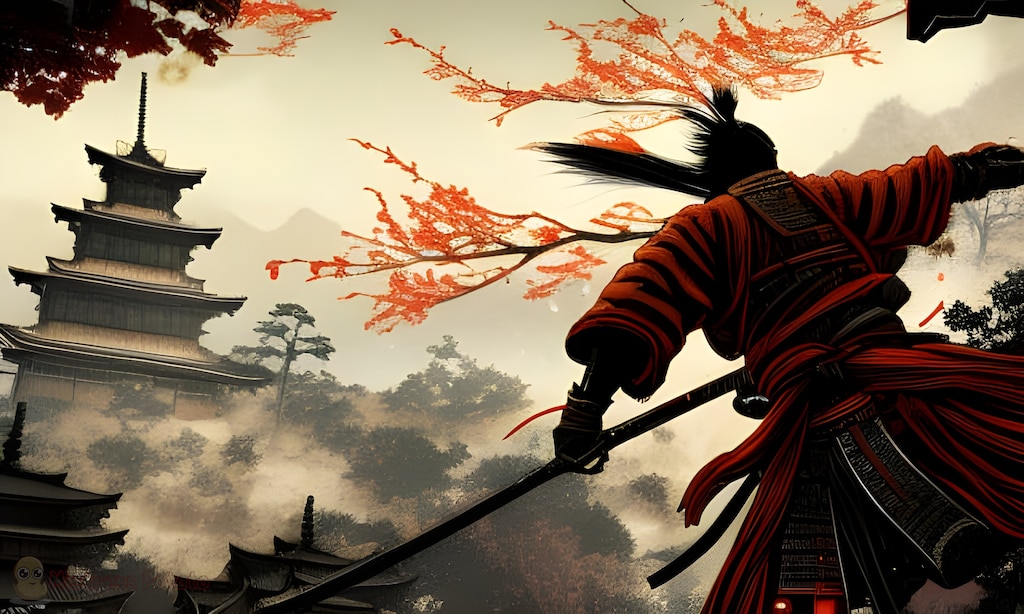 Recommended
43.7 hrs on record
A game about killing Buddhists, Monkeys and Buddhist Monkeys. 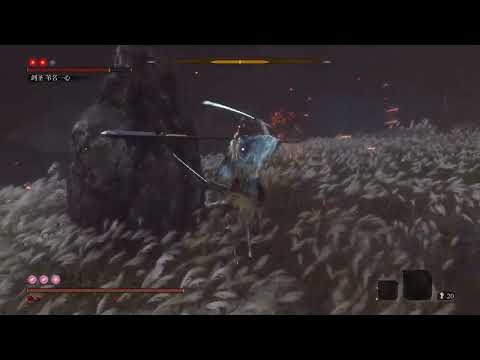 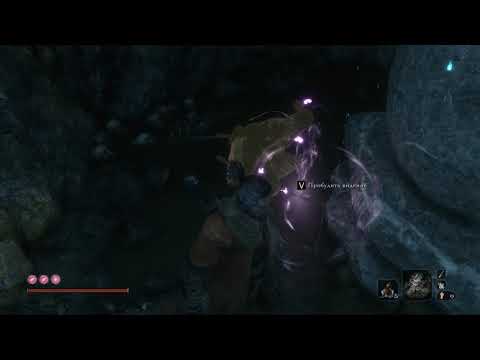 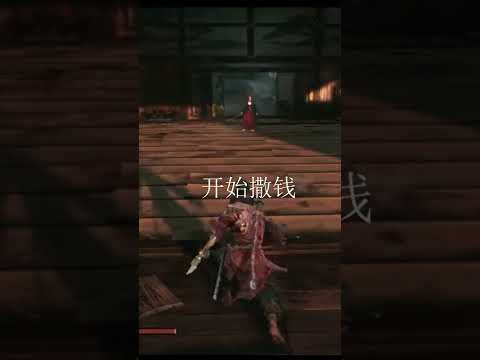 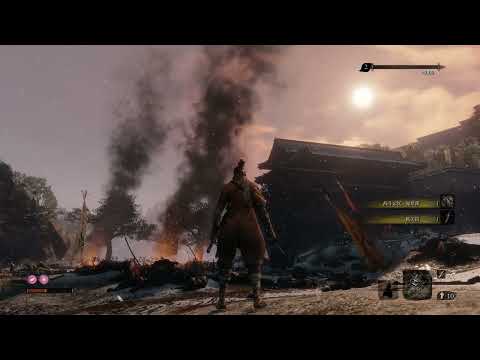