A neon-noir story in a rain-drenched cyberpunk metropolis. It’s your first night on the job working for the Cloudpunk delivery service. Two rules: Don’t miss a delivery and don’t ask what’s in the package.
$19.99
Visit the Store Page
Most popular community and official content for the past week.  (?)
Performance & Smoothness
Jul 1
We're calling this update the Butter Update. Butter?! ːsteamhappyː
Yes, because it was our intention to make everything smooth like butter and remove all remaining micro-stutters happening in either low or high frames per second.

What has changed:
Now, depending on your system specs, you might still experience hickups in heavy load or culling scenarios (i.e. much more detail becomes visible all of a sudden), but this effect should be reduced, especially on high-end systems. 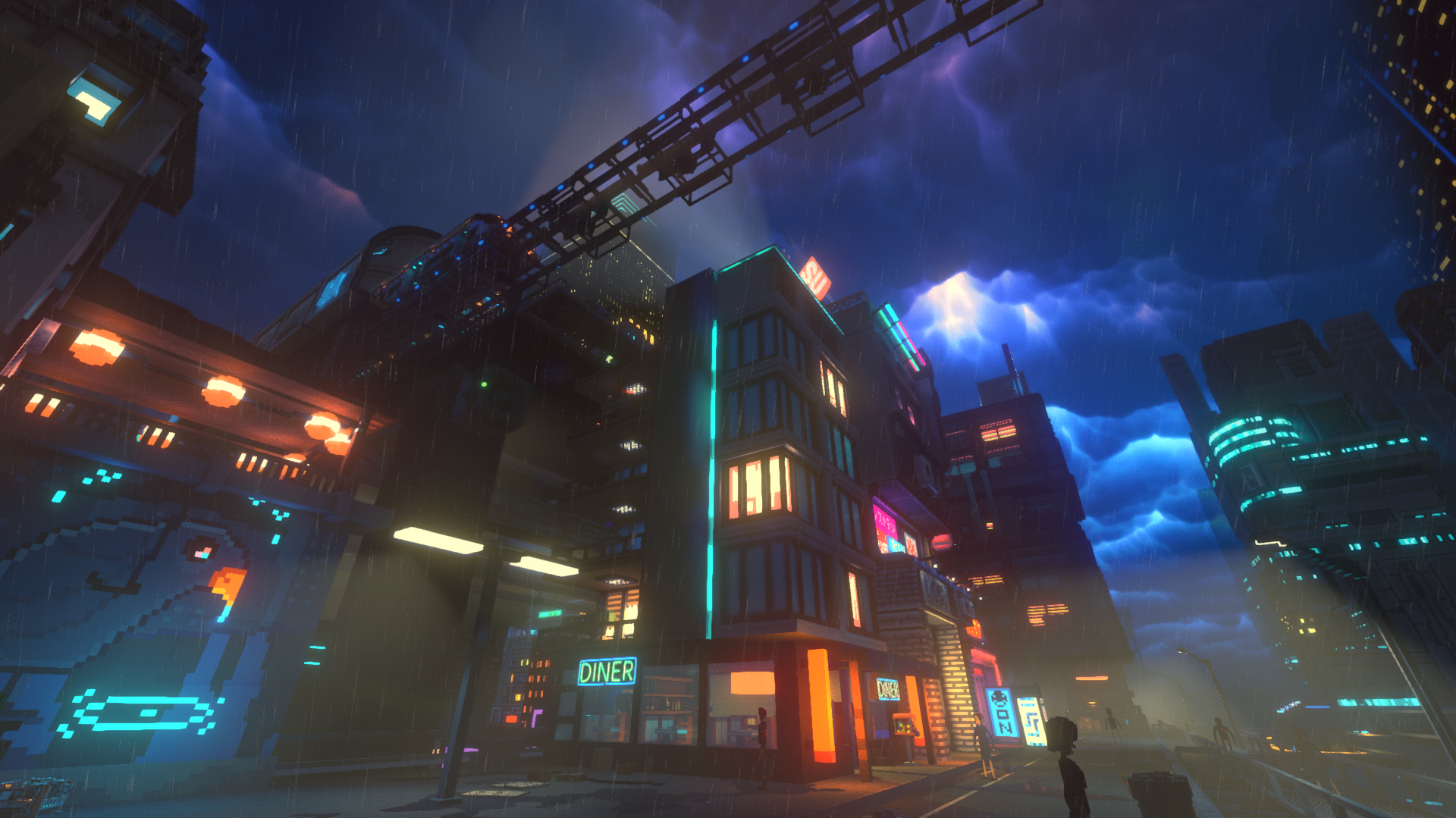 To make use of variable refresh rates supported by G-SYNC or FreeSync, you can make these settings:

If your GPU is running hot, you can still use the in-game framerate limiter, which now works much better and 60fps now feels a lot "faster" than before. You can also use the framerate limiter in RivaTuner Statistics Server (RTSS), which works a bit smoother than what Unity provides. In this case you will have to put the framerate limit in-game to uncapped (1000).

Soundtrack Changes:
We've added 3 new tracks:
"Tick Tock"
This one was in the game before, but not part of the Soundtrack DLC yet. It's used only once in the game. Can you guess where?

"It's like Floating"
"Stimulant"
These two are completely new tracks, played while driving or exploring on foot.

Cloudpunk will be 25% OFF for the rest of Summer Sale. So take a drink in a coconut and enter the city of Nivalis. 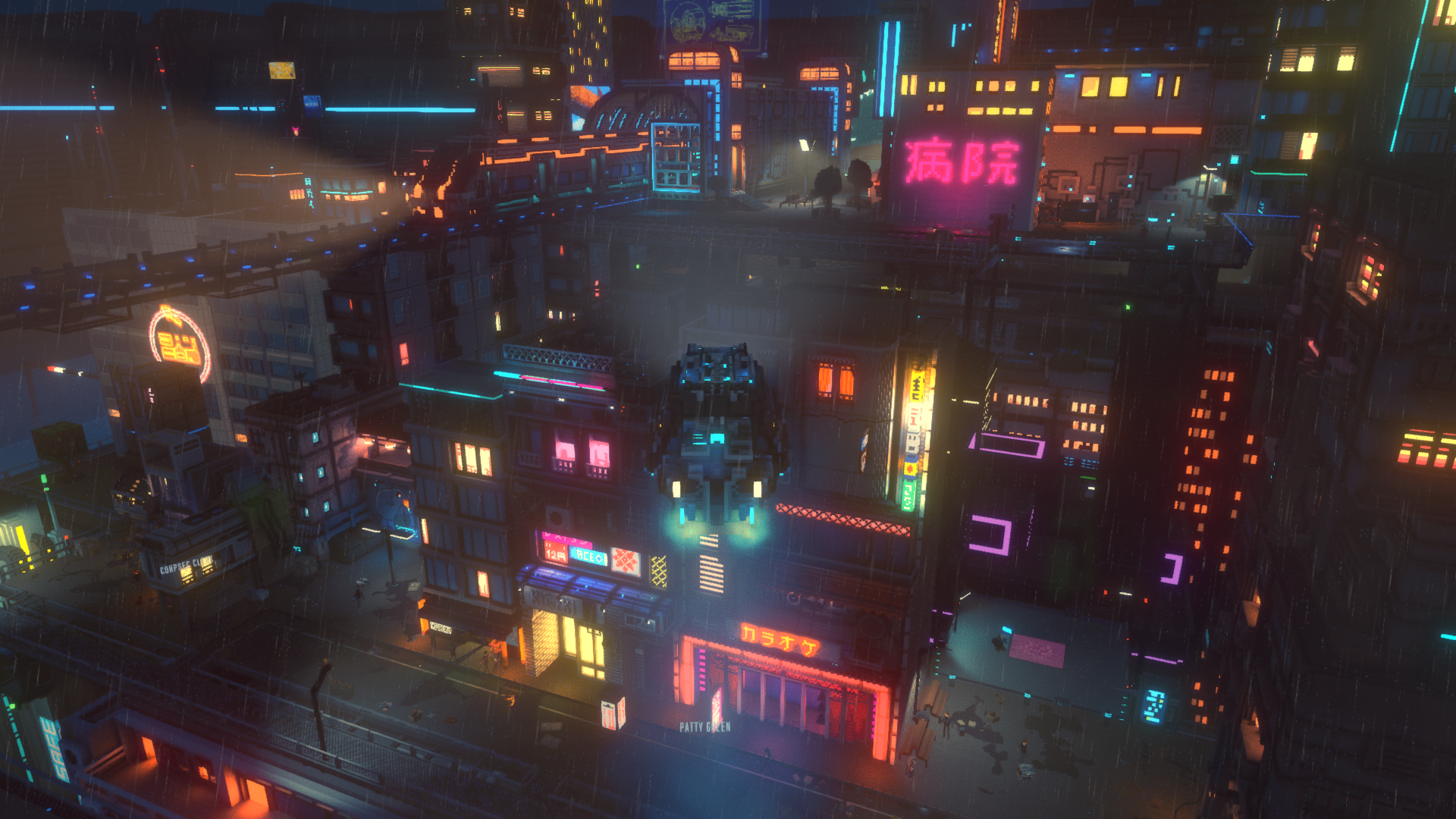 You are welcome to join our Discord Server[discord.gg] for a direct chat with us and other Nivali. We would also like to thank community member Mark Rejhon of Blur Busters for his assistance and comprehensive testing of the stuttering issues.

Cloudpunk
577
37
SAVE & LOAD AND LANGUAGE SELECTION NEEDED
Honestly the gameplay is good already without a save option.And I'd understand if the developer want the players to stick to their choices till the end.But when it comes to video making......I was trying to make a video about the game.Every slight missing or mistake would make me start over again,therefore I need the save&load option. And I'd also like to know where the local archive is.It will do if I can copy and replace the local archive myself. While making the video,there are certain words I would w...
3

Not Recommended
6.0 hrs on record
I'm a bit conflicted about Cloudpunk, but I'll go with a negative review since the negative aspects seem to outweigh the positive ones for now, and I'm not even sure If I'll be able to finish the main story.

In conclusion I can't say I hated the game, it certainly has great things about it, but I honestly wouldn't recommend it to my friends.

Cloudpunk World Map and Area Maps
This map has been created to make better sense of navigating in Cloudpunk. There is an overall World Map that shows how the tunnels connect to other areas, as well as screenshots of each area map with the exits labeled. Some areas are to the sto...
78 ratings 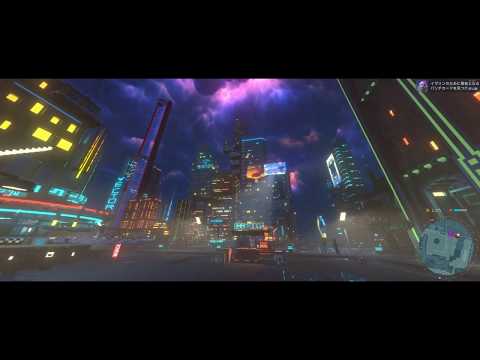 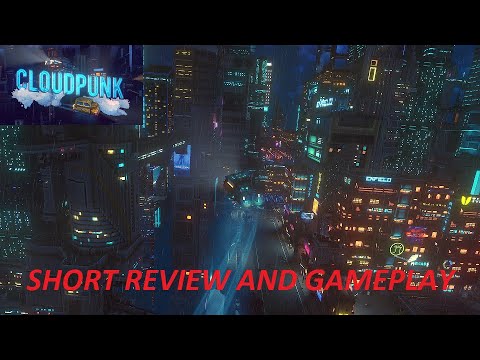 Recommended
14.5 hrs on record
I have a love / hate relationship with this game. I love the aesthetics, the sound design and the music in this game, however I despise the characters. I'm surprised not a lot of people are talking about this, maybe it's only me.

The protagonist, Rania, is so un-likeable. She comes off as a first class snob. Everything that comes out of her mouth sounds so rude. Even her interactions with the citizens of Navalis is so snobbish. She is also a proud SJW, maybe that adds to her charm.

A particular instance which I can recall is when I had to extract people out of a containment zone, I had to leave behind a few people because my HOVA could only fit in only three. Later in the game, the husband of one of the person left behind calls me up for closure and Rania is just so cold with him. I can't relate with her character at all and the game made me dislike her more after every mission.

Not only her, her goddamn dog is so annoying. I really hope in the future when we can put a dog's consciousness into hardware, they don't turn out like Camus. Maybe it's the voice actor. There is no emotion, I get that it's an AI so he's not trying to show emotion in his voice but he throughout the game, he feels happiness and/or sadness so why not show that in his voice? He just sounds so dead. There is very little character development or NPCs to talk about but one memorable one was Huxley, the saving grace to the bad characters in the game. Really enjoyed his character.

The story is cliche cyberpunk, it never gets old for me. It's not great but it's not bad either.

If you put all of that aside, Cloudpunk is a really chill game to play.. There is just something relaxing flying around Navalis, enjoying the aesthetics and listening to the cyberpunk music. I'd recommend this game only of that, it's more than enough to make up for the bad characters imo. 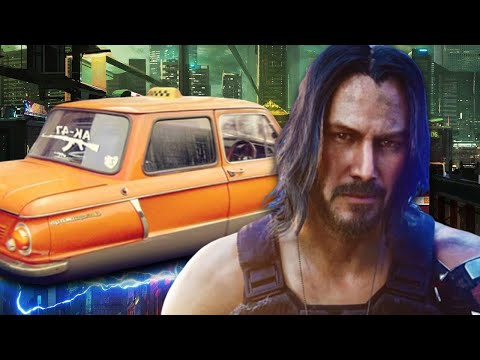 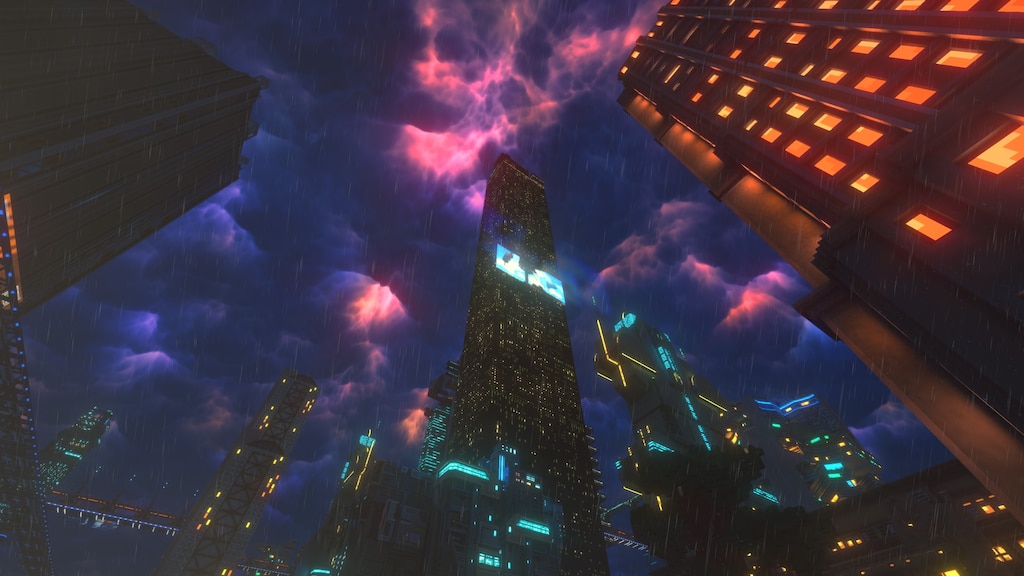 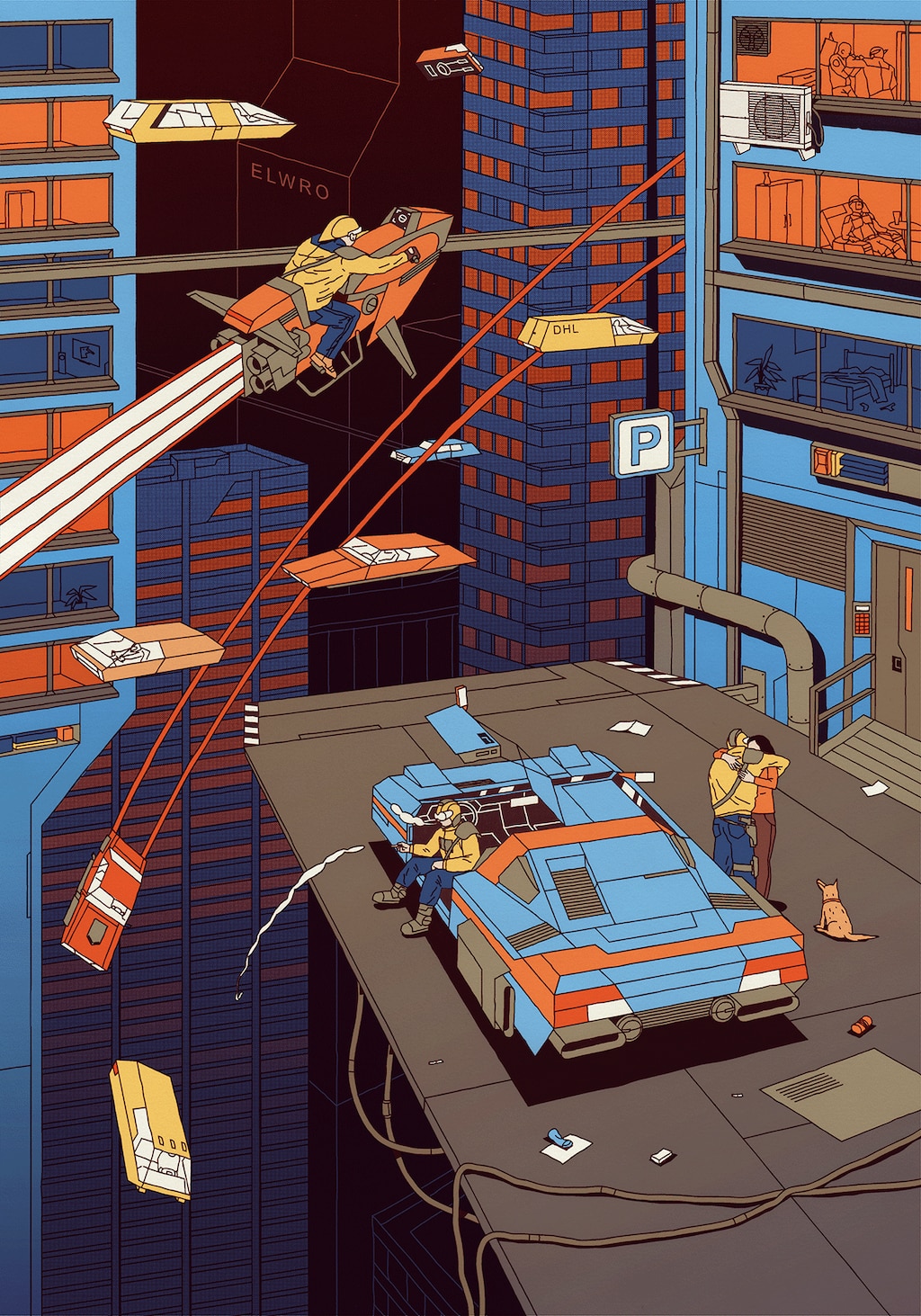 Recommended
19.2 hrs on record
I enjoyed Cloudpunk a lot. It is a great game to play with a controller, without any real challenges, just for the story and cyberpunk feeling.
You are playing as a delivery driver, everything happens during your first night shift. You will meet a lot of memorable characters, a lot of missions will have jokes and easter eggs. I liked voice acting too.
Gameplaywise it is pretty simple. You can ride your HOVA (flying car), park it and explore locations on foot. Dialogues and deliveries. Everything to concentrate on a story.
The only downside for people that do not like votrex graphics will be visuals.
Highly recommended!

Low/High Price Guide for all Items in Cloudpunk
This guide is a price list for all the available items in-game. It includes a catalogue of quest items, available car upgrades, total house upgrades, and a checklist of all POI's. 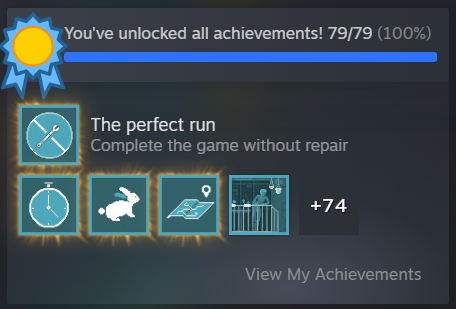 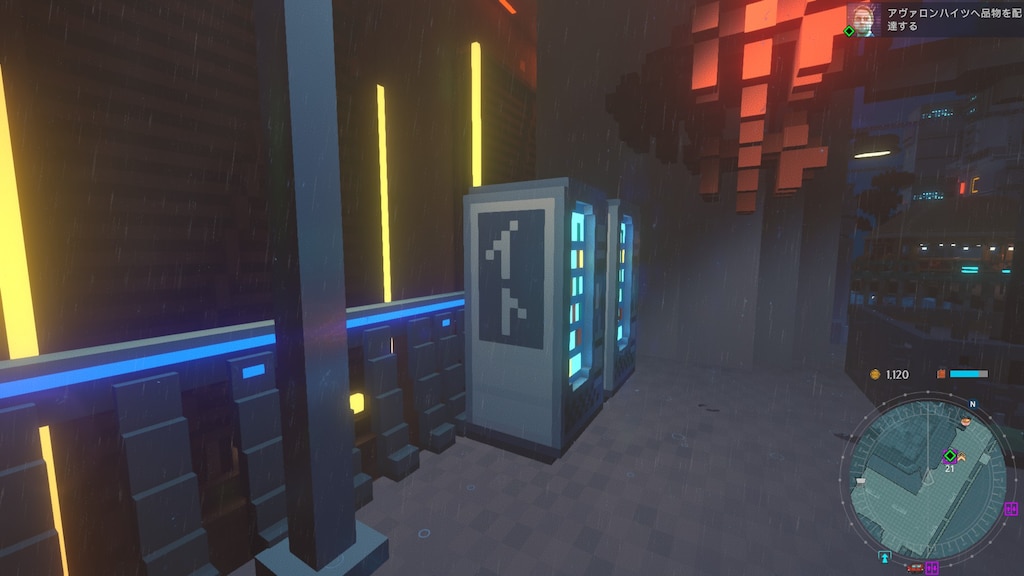 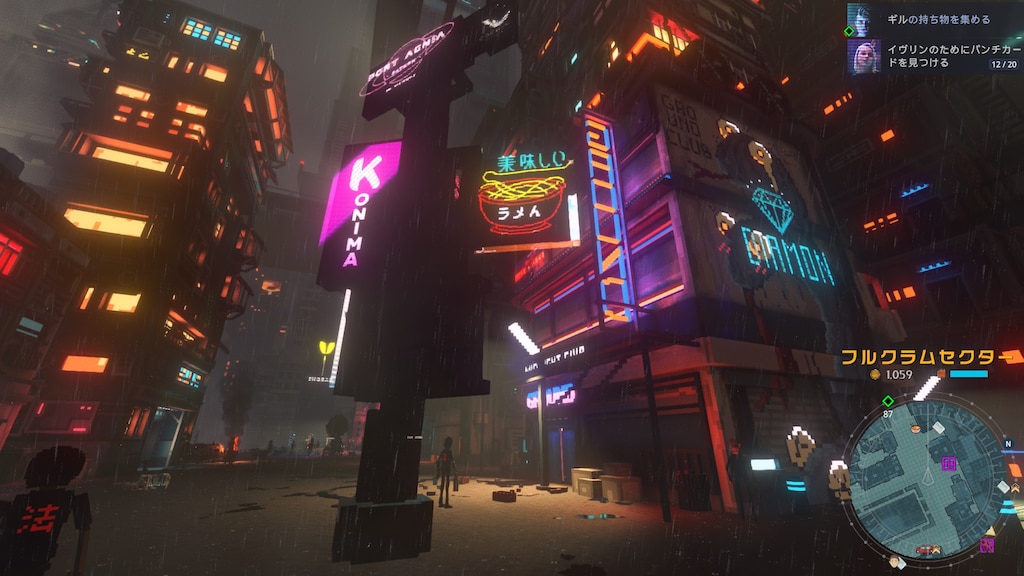 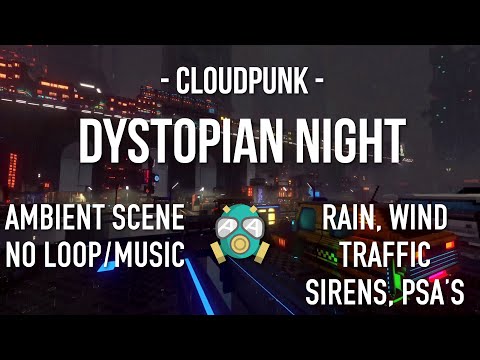 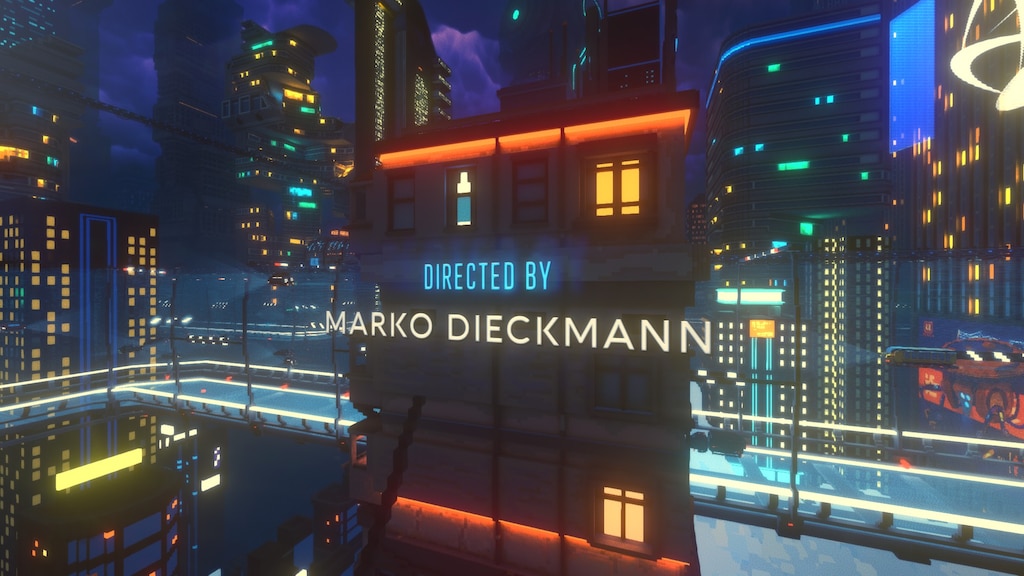 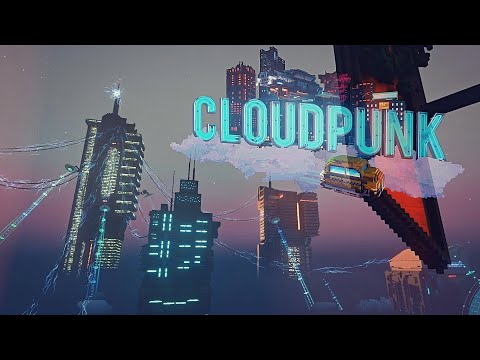 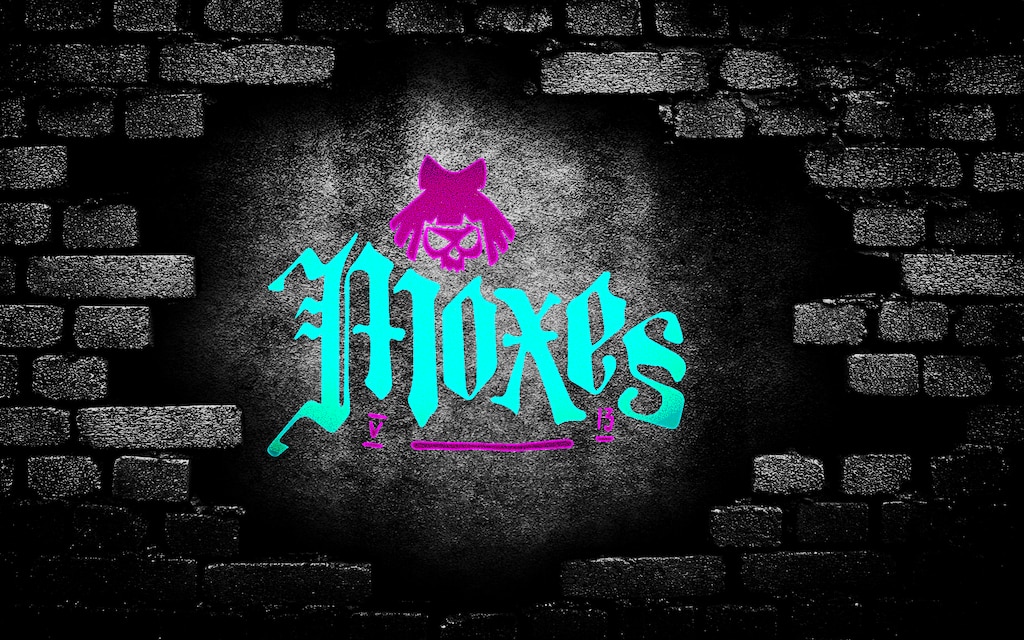 [PIXEL]-[DOG]
View artwork
Surround Sound modes, FPS unlock and more
Jun 27
We hope you're all enjoying the Summer Sale. Here's a small update that we just patched.
What has changed?


Enjoy your time in Nivalis and come say "Hi" on our Discord Server[discord.gg].

Cloudpunk
374
25
Weird question but... Is there a auto-move function
So I use a on-screen keyboard due to disability and though I can travel currently I do have to stop accelerating to turn. Is there a possibility of button that auto accelerates on a press and releases again on a second press
8

Bill the Butcher
Aug 9 @ 6:41am
General Discussions
Your CloudPunk playlist
This game is my jam. I'm buying what you're selling CloudPunk. Working on my own pirate radio for my cyber delivery gig (work in progress). Name / Artist We All Move Together / Inner City & Idris Elba 99 Luftballons / Kaleida HEART ATTACK (feat. lau.ra) / BRONSON Ghosts (Inside) / High Level Static Moth to a Flame / Jim Guthrie Campfires ...
4

AlienDjinn
Aug 12 @ 6:33am
General Discussions
Summer Update (Midweek Madness 25% OFF)
Jun 23
To celebrate the beginning of summer, we're happy to reveal a Midweek Madness sale with 25% OFF.

While working on more long-term updates, we've just released a small update including a range of improvements and fixes.

You are welcome to join our Discord Server[discord.gg] for a direct chat with us and other Nivali. 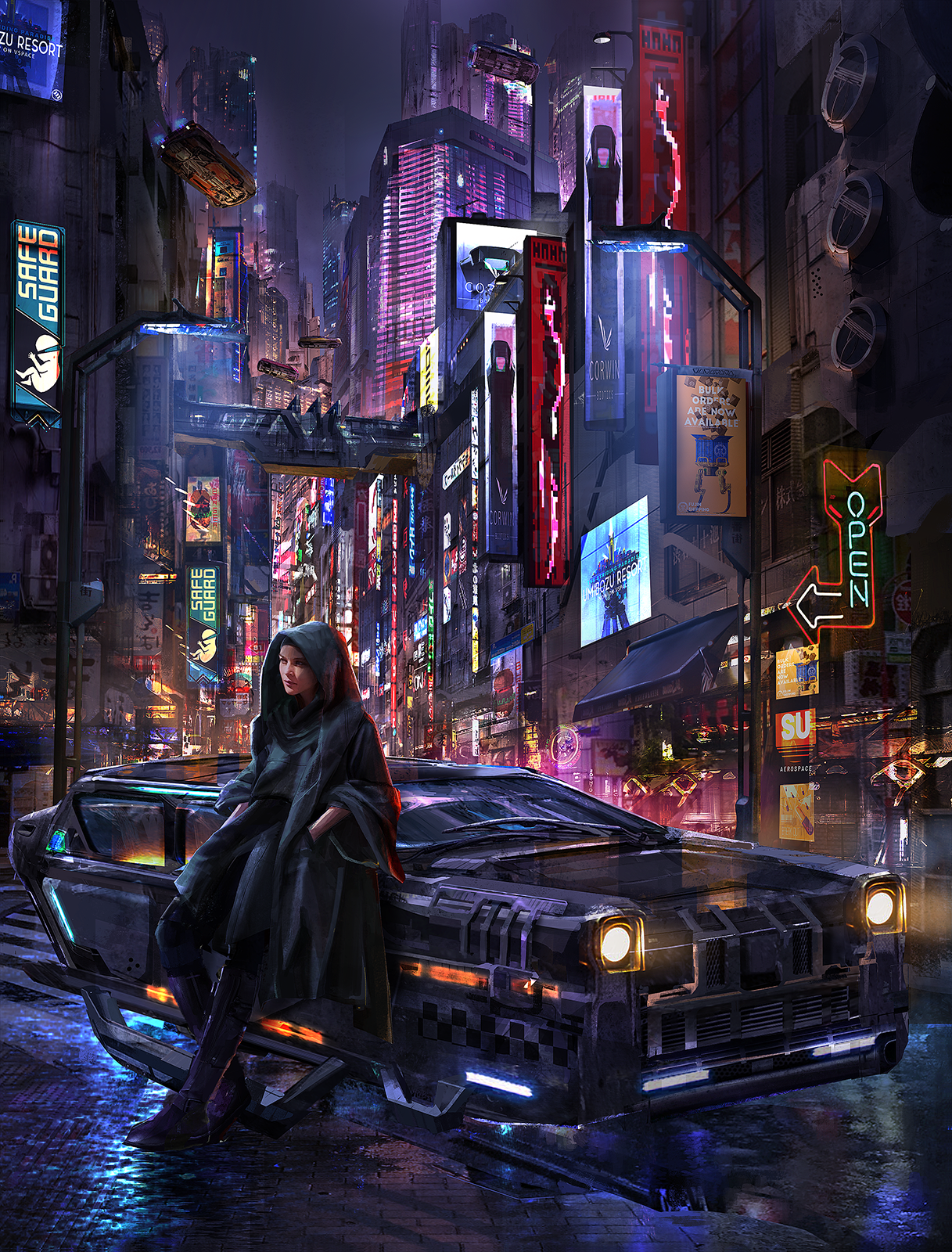