Store Page
View Stats:
Global Achievements
Show
All News
All News
Syndicated News
Official Announcements
Update 1.42 - Performance and Controls
Sep 6, 2019
There were some performance problems in the game, especially in the snow area. We significantly improved that and the game should run way better now.

We also fixed the ongoing problems with the oculus controls and added a better control scheme for WMR.

This update has a lot of quality of life updates and major technical/performance updates. Many bugs have been fixed and almost every aspect of the game has been polished.

We have greatly improved loading times, especially between loops. This also fixes a bug where a player would be thrown back to the lobby while the game was loading.

We have improved the combat system and polished combat elements, e.g. enemies have a new death animation and overall all weapons feel better to use.

We improved the visuals of the environments and added new effects to some objects, e.g. destructibles such as crates and vases have now physics and it feels better to destroy them. We also improved the lightning.

We support now the valve index controllers. We fixed the oculus controllers and improved the locomotion system.

We have now a networked lobby, which is not limited to a region. This means if you are connected to the internet and start the game, there is a chance to see other players in the lobby. You can invite players to a group and play with them. We have implemented a reconnect system in case someone disconnects. We still support drop in multiplayer.

We wish you all a lot of fun!

Dungeons & Treasure VR
12
1
Update coming soon!
May 13, 2019
We know that we have been silent for quite some time, but we have good news!
We are currently working on some performance and quality of life features. We want to polish some parts of the game, especially the weapons and the killing of enemies.

We belong to the lucky ones, who received the valve knuckles controllers. The next patch will include knuckles support.

Dungeons & Treasure VR
5
2
Current state
Jun 20, 2018
We haven't posted an announcement for a while now, but we are still here.

So far we do not receive any bug reports or complaints, we have been working hard and were able to solve all issues. The game is now on a stable level.

We are very grateful for all the positive and negative feedback. None of us ever experienced this before and we are very happy with the current state. We want to thank you all here. Without the community and your feedback we wouldn't be able to reach the current state.

Tomorrow starts the summer sale! The game will be discounted by 50%. All of you, who have wishlisted the game, this is your chance.

Dungeons & Treasure VR
7
4
Snow Area Update
Apr 19, 2018
Today we are ready to release the snow area, which is an open environment. It offers new content, such as new enemies, new traps and a new boss fight.

In addition to that we fixed some issues and rebalanced some items.

We lowered the level length significantly. Finishing a level is now much faster. With the old level length it took too long to see the new area and enemies. The reduced level length also improved the loading times.

Here is a small teaser: 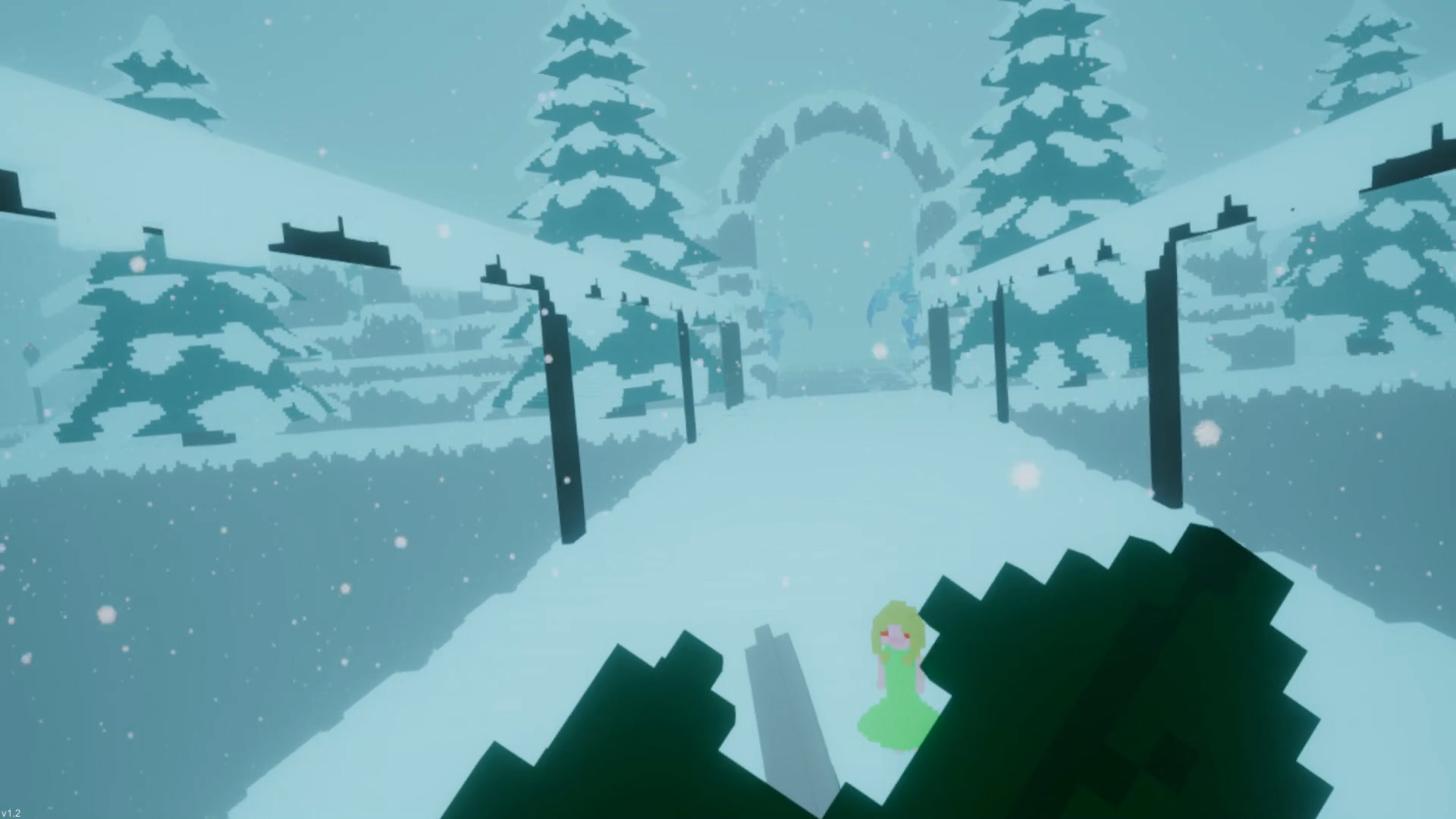 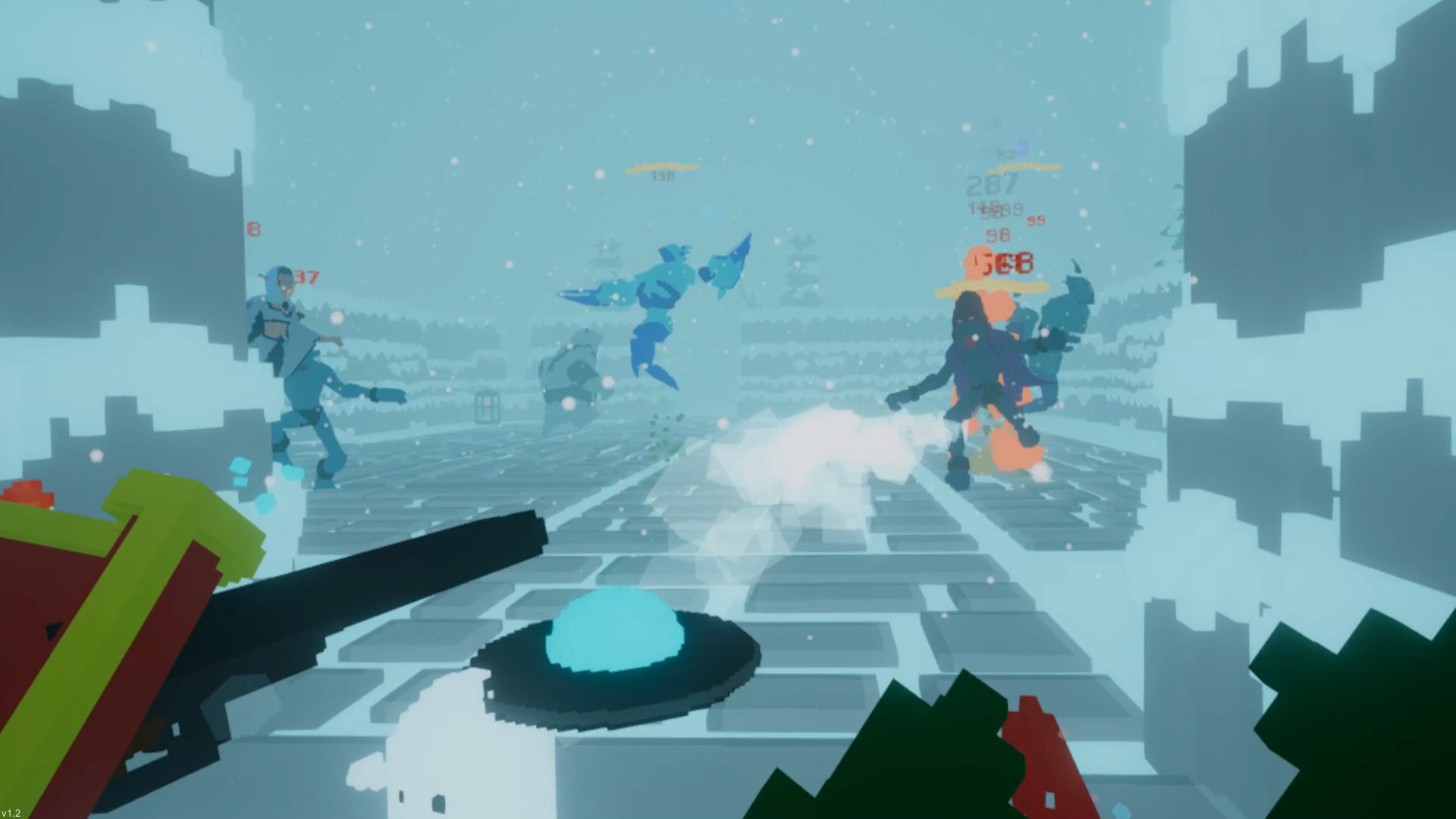 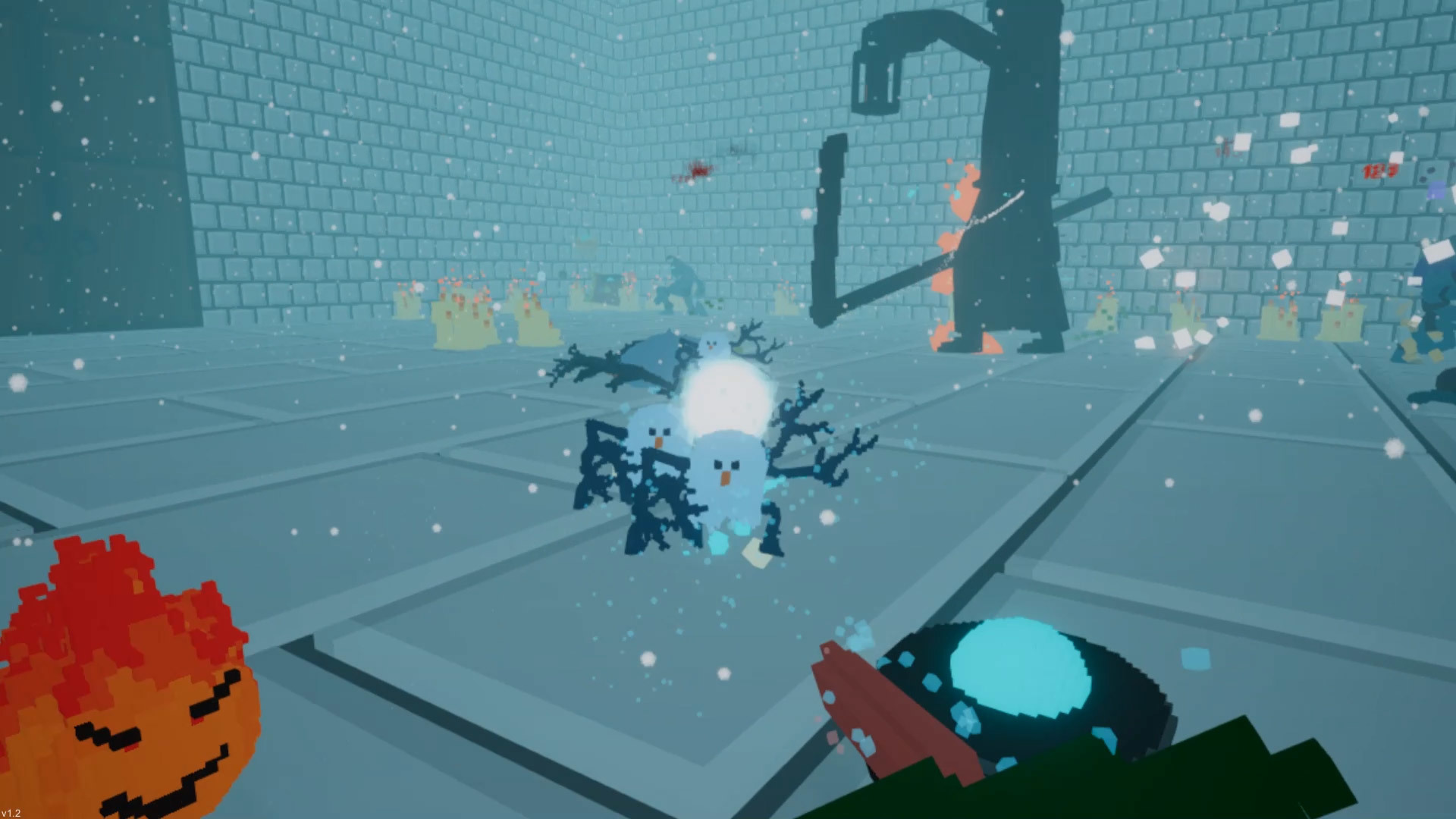 Have fun playing the new area! If there are issues or questions, let us know!

Dungeons & Treasure VR
9
0
Tutorial Room and more!
Feb 14, 2018
With today's update we introduce the tutorial room. It seems people sometimes struggle with enemies and dont use some abilities. In the tutorial room all core features are explained and can be tested. 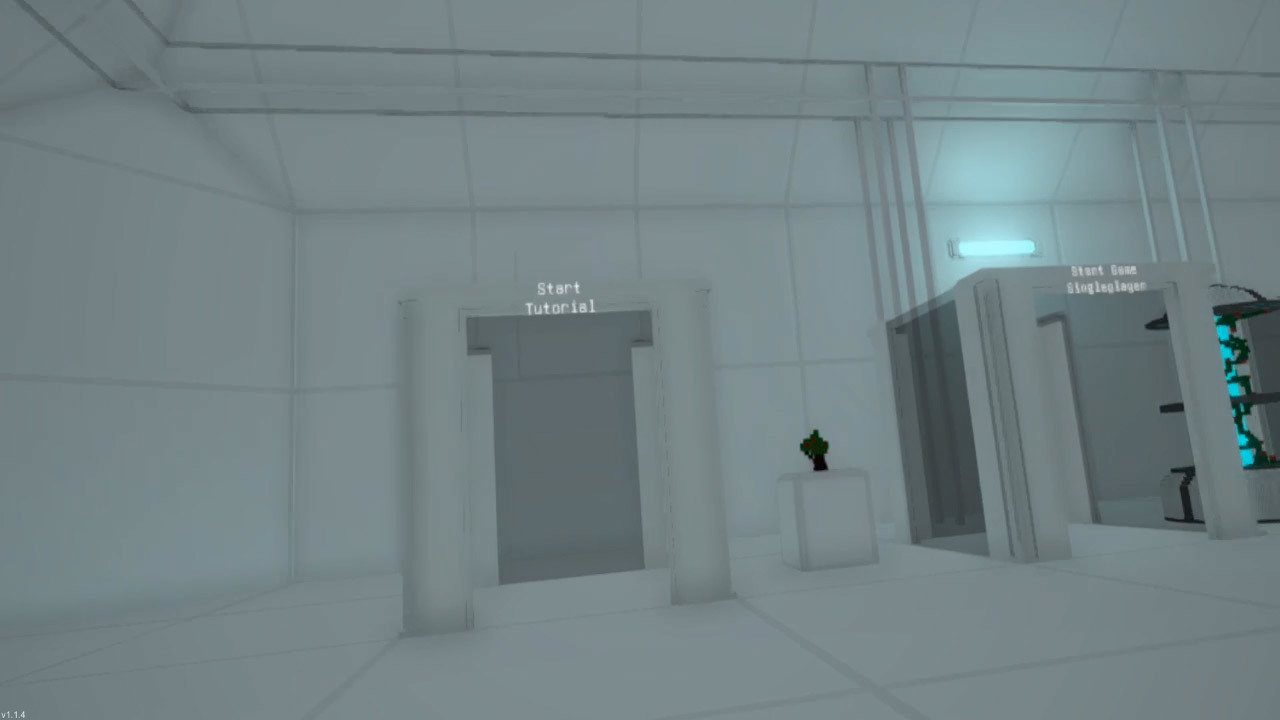 In addition to that we also improved the hitboxes of all items. Picking up items is now much more intuitive.

Many of you probably know certain rooms already good enough and are not surprised by traps or enemy positions. With the new rooms the dungeons/levels feel completely new again!

In addition to the new rooms we included the achievements system into the game, there are 30 achievements.

You can see all achievements here:
http://steamcommunity.com/stats/686360/achievements

Some of the achievements are hidden, so you have to figure out what must be done.

It is possible now to unlock custom cosmetic outfits. Upon completing a certain achievement you will be able to choose an outfit in the hub area.

The achievements which grant a cosmetic outfit are not hidden. 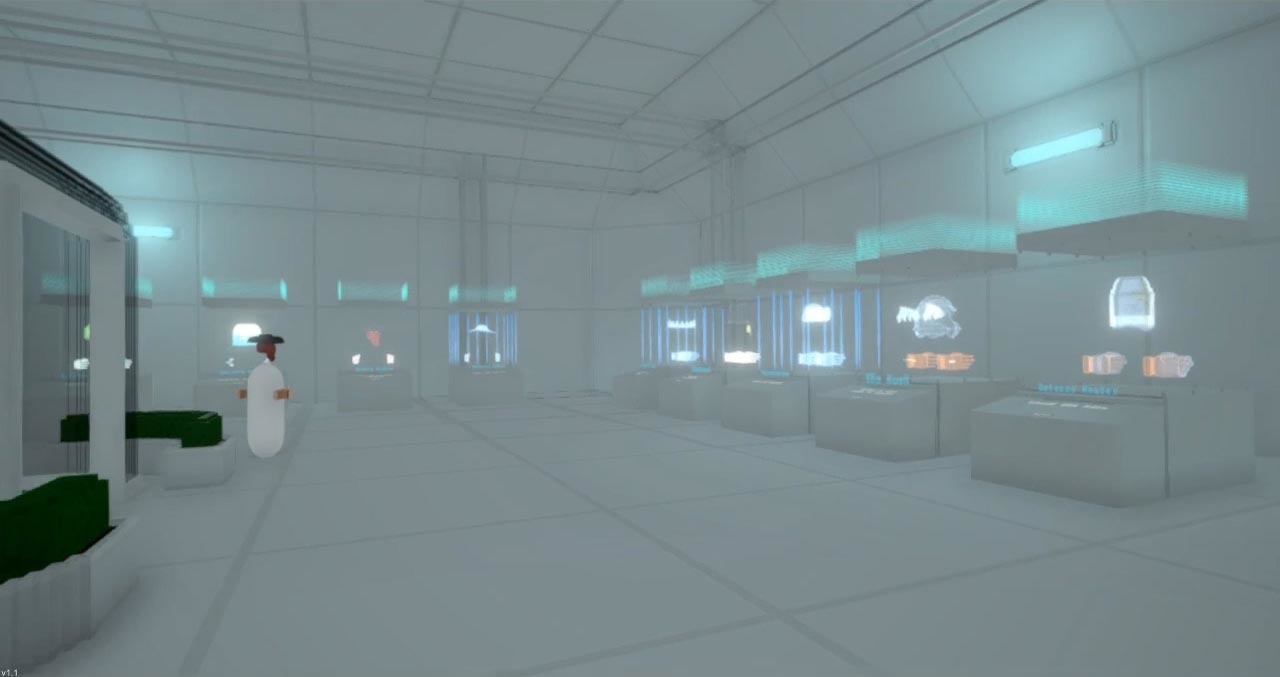 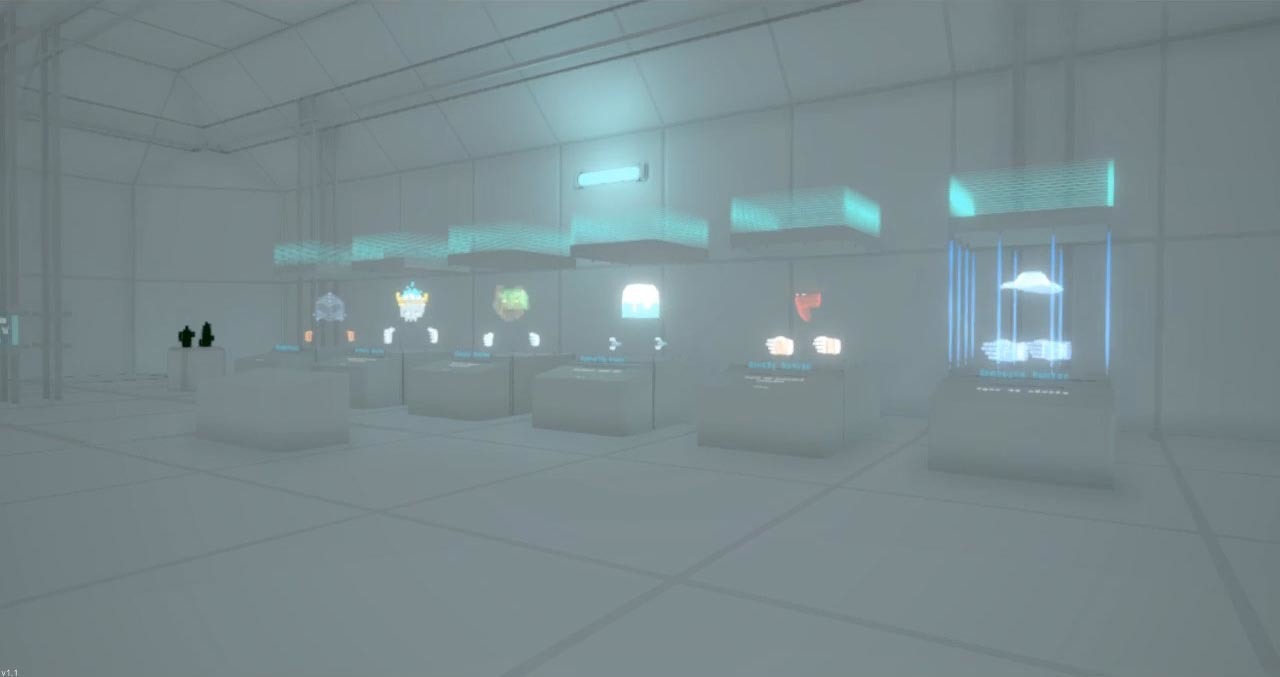 So we added a new locomotion option for this. You can now adjust the speed of trackpad locomotion (the current speed is 2.5): 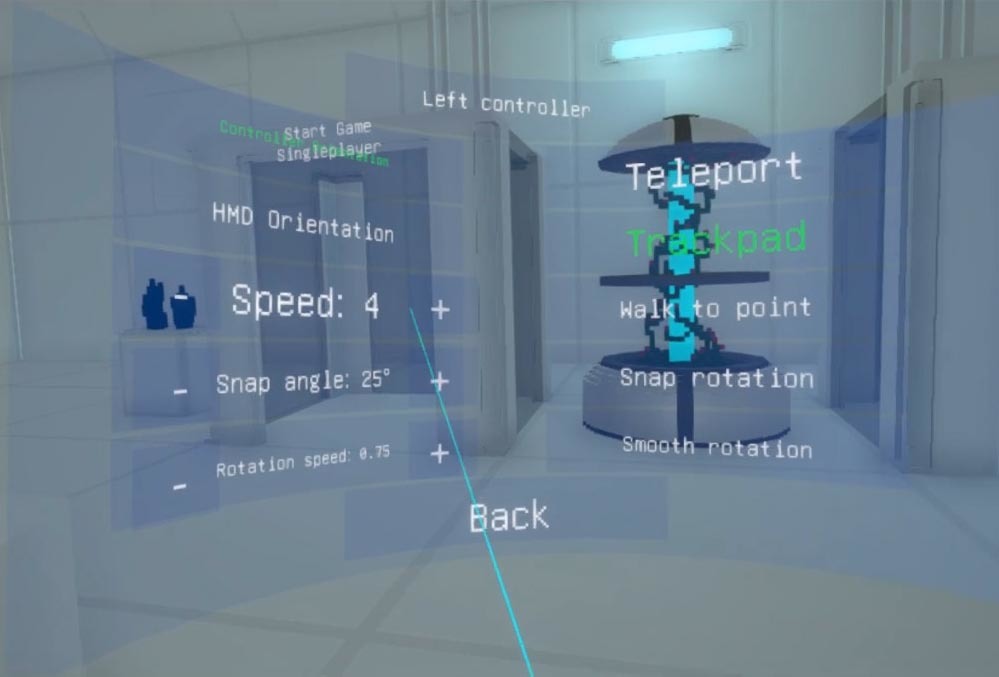 Have fun playing the game and let is know what you think! We will always try to do our best and improve the game!

Dungeons & Treasure VR
10
1
Difficulties, Combat System, Bug Fixes and More
Dec 19, 2017
We have been listening to you all and a few things needed to be changed. So here are the changes:

We improved the melee combat system, the melee weapon now has more range and deals more damage. The scaling for swinging and wiggle have been improved as well. Wiggle has now a small cooldown. Both playstyles are now strong enough to finish the enemies and bosses. The boss loses now health if his summoned enemies are damaged.

We also added region select for multiplayer. There was an issue that people could not find each other, they were on their best region. Now if you want to play with a friend:

Make sure you both select the same region and have the same game name. 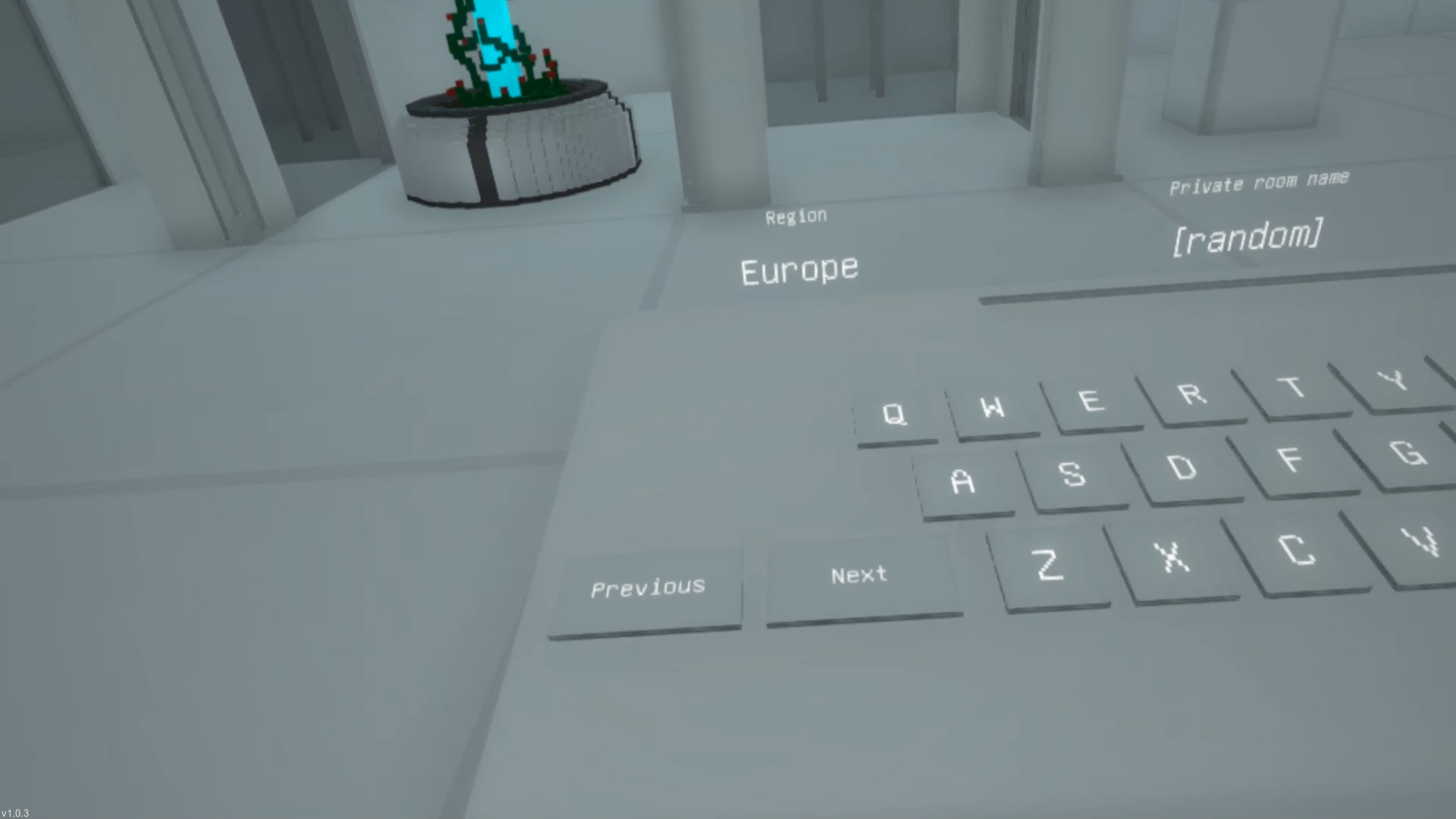 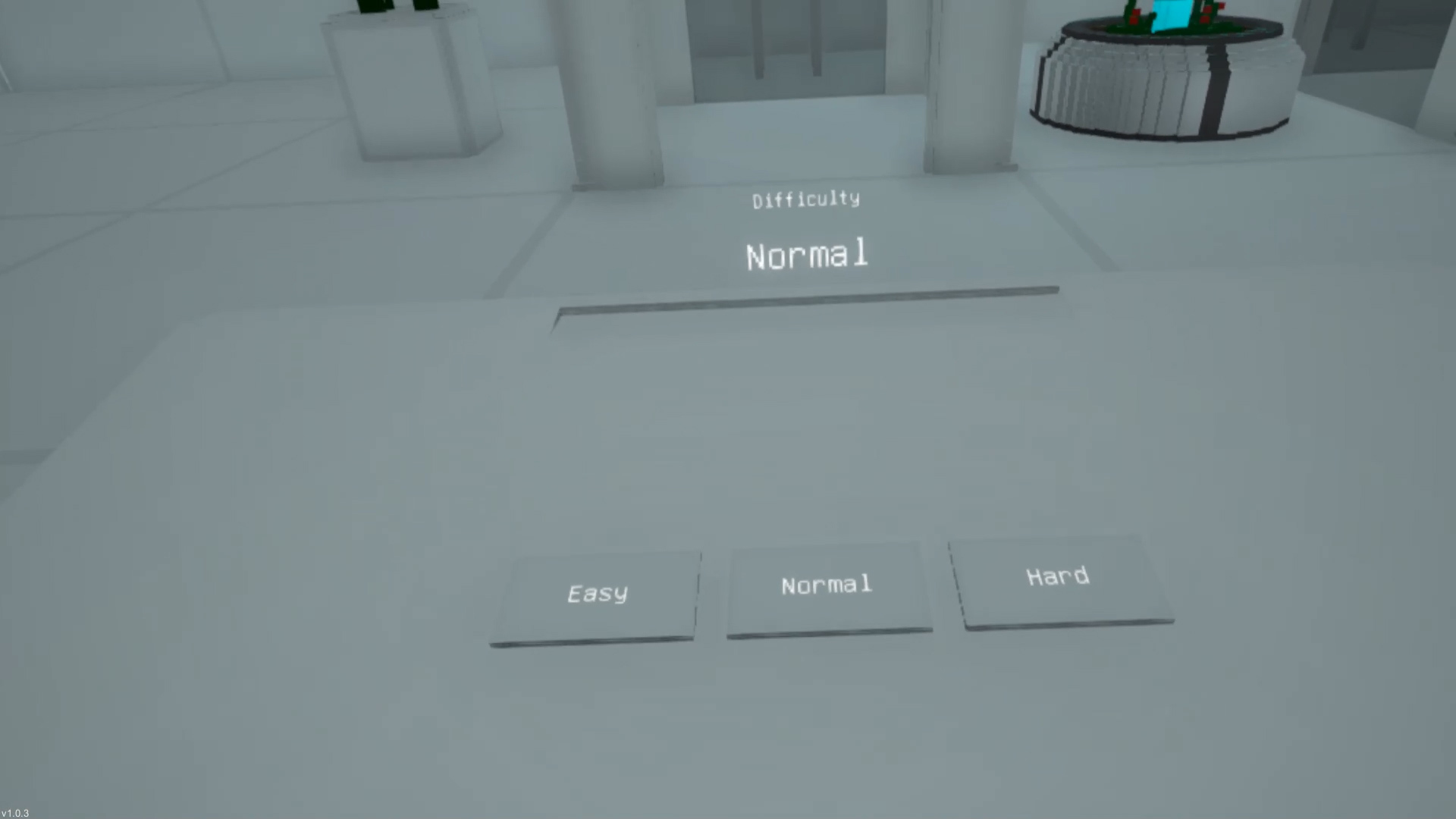 There is now a new interface for menu, locomotion etc. 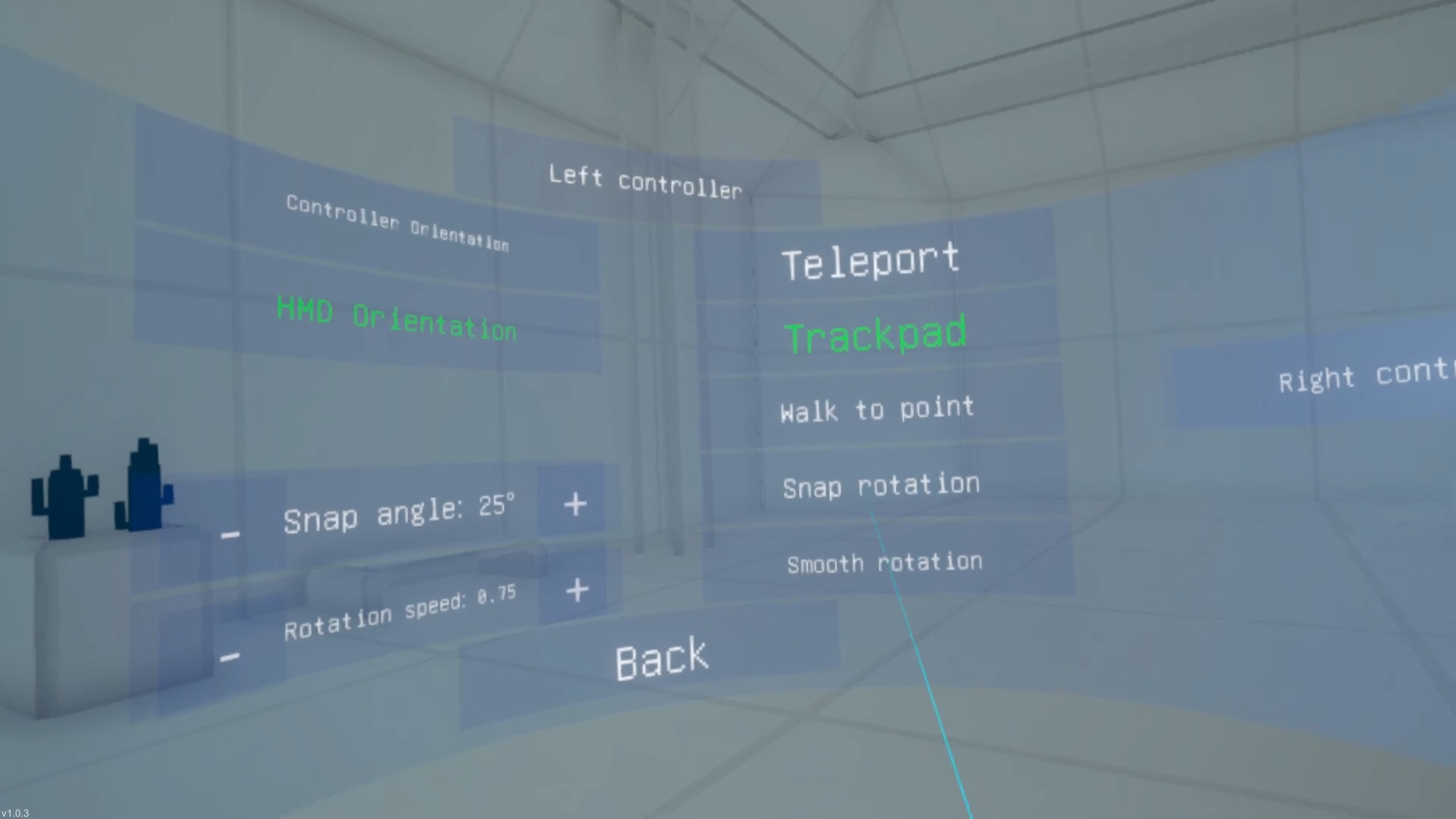 We also fixed a multiplayer issue, where people would crash while looping into the second area.

Dungeons & Treasure VR
6
4
Multiplayer Revive Feature
Dec 1, 2017
It happens that your team member will die early on in the run and he will become a ghost.

The only options to revive your team member were either finishing the area or finding an ankh (Use Item). Often the dead player had to wait for a long time until he can continue play.

Now it is possible to revive your team member after two minutes!

If a player is dead, he will still become a ghost. He will have a black heart, which slowly becomes red. This takes 2 minutes. A particle will indicate whether the heart is fully charged.

If the heart is fully charged, the living player can activate it by touching it and the dead player will be revived.

- Multiplayer: Possible to revive dead player after 120 seconds by touching his heart

Dungeons & Treasure VR
5
4
Save & Load System and Release
Nov 30, 2017
Today is the big day! Dungeons & Treasure VR will be released. Thank you all for the support and the feedback. We hope all of you will have a lot of fun playing the game. Please consider leaving an honest review or feedback on steam. This will help us grow and improve the game.

We have also added one important additional feature to the game:
You can now save your game progress with save & exit. For now saving the game only works in singleplayer.