Empfohlen
16.5 Std. insgesamt
Overview
The Darkness II is a story-driven FPS set in the early 2000s USA. Players impersonate Jackie Estecado, the current leader of a powerful mafia family, whose life was changed forever when he was chosen as host by a powerful, malignant entity known as Darkness. After years spent repressing this evil being, a sudden attack by a rival gang makes Jackie's evil powers resurface. From there his quest bent on revenge and destruction begins, involving even a secret society as events escalate.

Let's start with the good points. One of the most charming aspects of this game, especially for the time it came out, is the visual style, which resembles cel-shading albeit not completely, while many landscapes are visibly hand painted. Overall it conveys the feeling of a crime noir comic / painting with this style, and that suits the themes of the game perfectly. Combat is really fun as in addition to weapons, which are not the main thing, you can use Darkness powers, executions and environment elements to slay your enemies: the more creative you are, the more XP points you get.

Every level has Relics hidden around, and these play a really important role in the game's background lore, since each of them is somehow connected to the Darkness, and your occultist friend will narrate each one's story: it's a good diversion and a fun way to know more about the Darkness throughout history. The vendetta mode is a series of missions parallel to the main campaign events, using different heroes, but is way better played in co-op and designed for it, single-player it can be decent but not as good as in multiplayer.

For the bad parts, the worst one probably is with boss fights, generally underwhelming and not at all memorable as they should be. The lack of a proper boss fight after the last level is also a disappointment, that becomes even more bitter with the abrupt and anticlimactic ending that follows. The controls are janky on PC because the game was clearly designed with a controller scheme in mind: pressing Q+1234 together for executions is not comfortable, among other things. There also is a weird graphics glitch each time a screenshot is taken, reason why I disabled the overlay.

Overall The Darkness II is a solid story-driven FPS with enjoyable combat, good narration and excellent style. It has some problems but they are overcome by the many positive sides, making it ultimately a very good experience for FPS fans. It took me 8 hours to finish the main campaign, and you can add a couple more if you want to also finish the Vendettas, which are not as interesting though. For the current price of 30€ though, I would still suggest waiting for a sale since the game is not recent and goes on sale often.

Exploration
Of levels is done on foot, using the power of Darkness to destroy doors, gates and pretty much any other obstacle. There are not many secondary rooms or areas at all, each level is very linear, however exploring can be rewarding to find additional ammo piles and most importantly Relics. A relic will award you a large XP bonus, other than being interesting on a lore standpoint. In some sections you will control your Darkling servant instead, which can backstab enemies and generally has to stay hidden, avoid combat, reach the target.

Upgrades
Can be acquired by spending XP points at any Darkness Gate, found as levels progress. Jackie has three different skill trees with increasingly powerful abilities, both passive and active. All three are equally worth using and is really just a choice of play style. You can also respec the acquired skills but this will result in a large penalty, so you better decide well what you're going to get in advance.

Combat
Is the core of gameplay and plays out in a FPS fashion. You can hold two secondary weapons which can be dual-wielded in trade for less accuracy, and one main two handed gun such as an assault rifle or shotgun. Ammo is not that plentiful and you have to rely on either ammo piles or Ammo Executions to have a steady supply of it. However guns are not your primary or most effective means of killing: darkness powers (like bladed tentacles or black holes to name some) and environmental opportunities such as throwing blades or pipes result much more powerful than weapons.

Enemies range from simple grunts to advanced elites wielding supernatural powers of their own, and how you dispatch them awards more or less points: this means using executions or more elaborate ways to kill them gets you much more XP compared to regular kills. Don't forget to eat your enemies hearts from their often mutilated corpses for extra XP and health regen. The overall variety of abilities is satisfying, same goes for weapons and enemy types, every fight is enjoyable and plays out very well. Dying in combat means restarting from the most recent checkpoint.

Vendetta Mode
Is a parallel campaign where four different playable heroes are tasked with missions from Jackie's mafia family. Each of them has some form of Darkness power, and although not as strong as the main character, they can make short work of rival gangs and other enemies. Each hero has a unique skill tree and abilities to upgrade as you complete missions, with the same system seen in the main game. This mode was however designed for co-op and playing it alone isn't a bad experience but takes a lot out of it, since many skills are made to buff or heal allies you won't have with you.

Technical
PC Specs: RTX2080Ti, Ryzen 3900X, 32GB RAM DDR4
Critical Problems: None.
Optimization: No issues to report, framerate is stable and there is no stuttering or abnormal resource usage.
Performance: The game works without issues in 1440p, 85Hz.
Bugs: No significant ones to report.
Other issues: Steam overlay causes graphical glitches when taking screenshots. Disable it to avoid issues.

Final Thoughts
The Darkness II is a solid story-driven FPS with great style, narrative and well designed combat. It's not perfect but it will please fans of FPS games that also want to experience a good story. 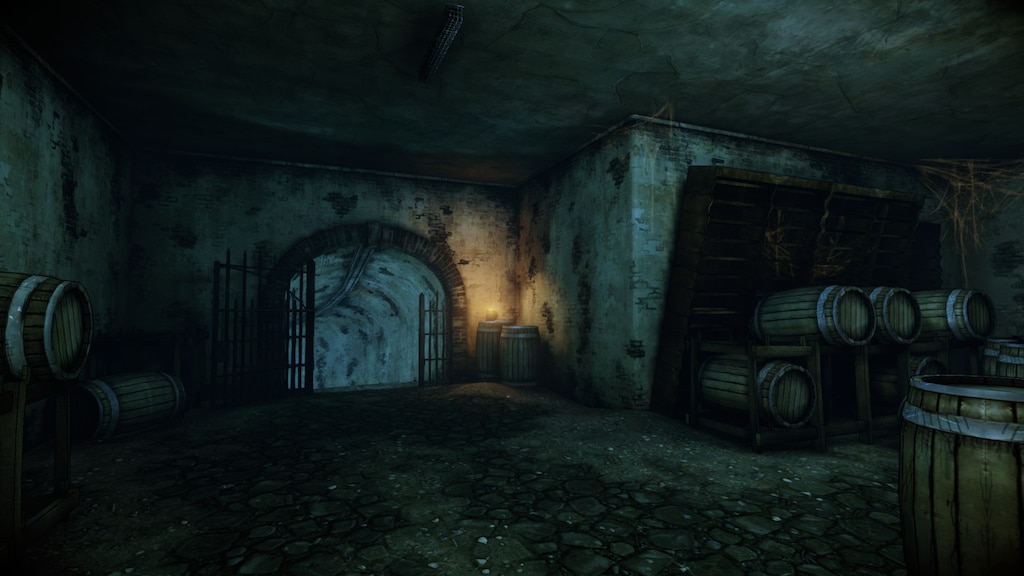 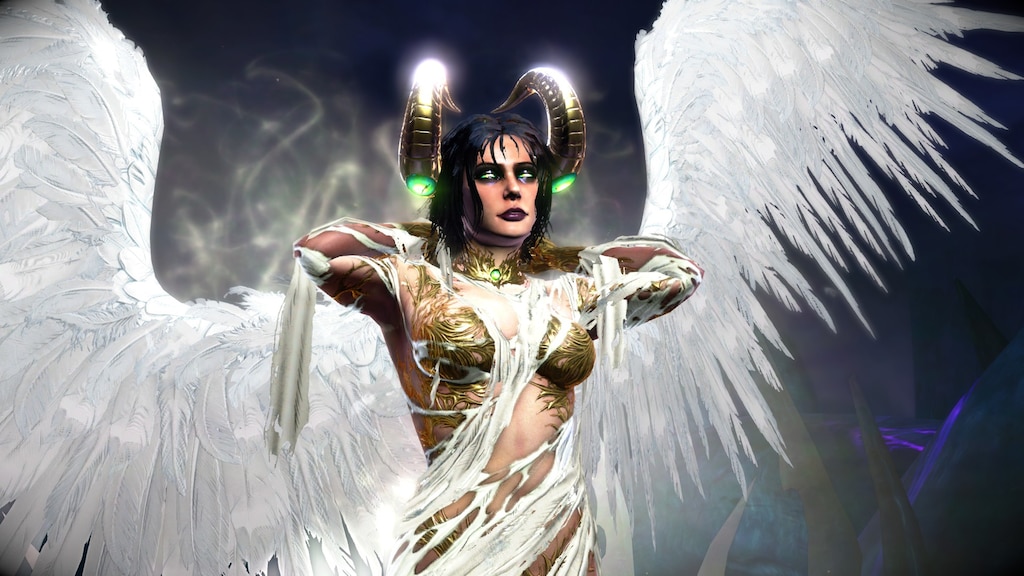 How to skip the obnoxious intro logos and save yourself from an ear r**e.
Tired of almost having a heart attack when you forget to mash buttons, when the game launches, and you curse the idiot, who decided it was a good idea to have an intro logo's grotesque sound set to 300% regardless of your in-game settings? Then you're i...
10
61 Bewertungen 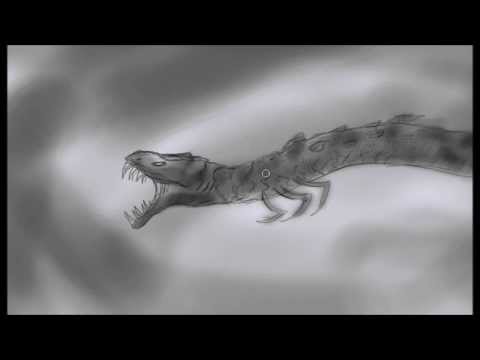 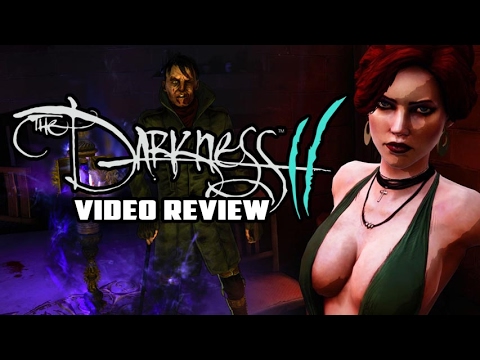 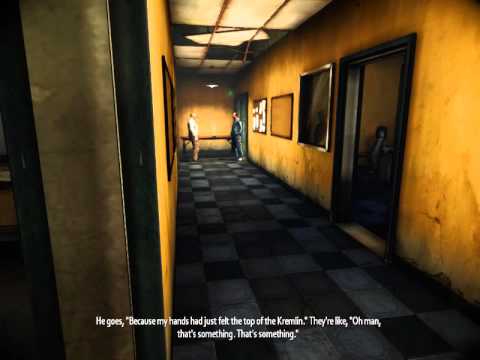 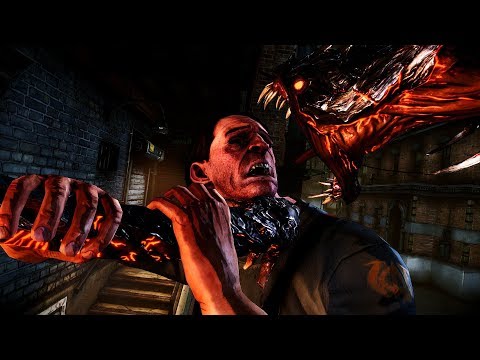 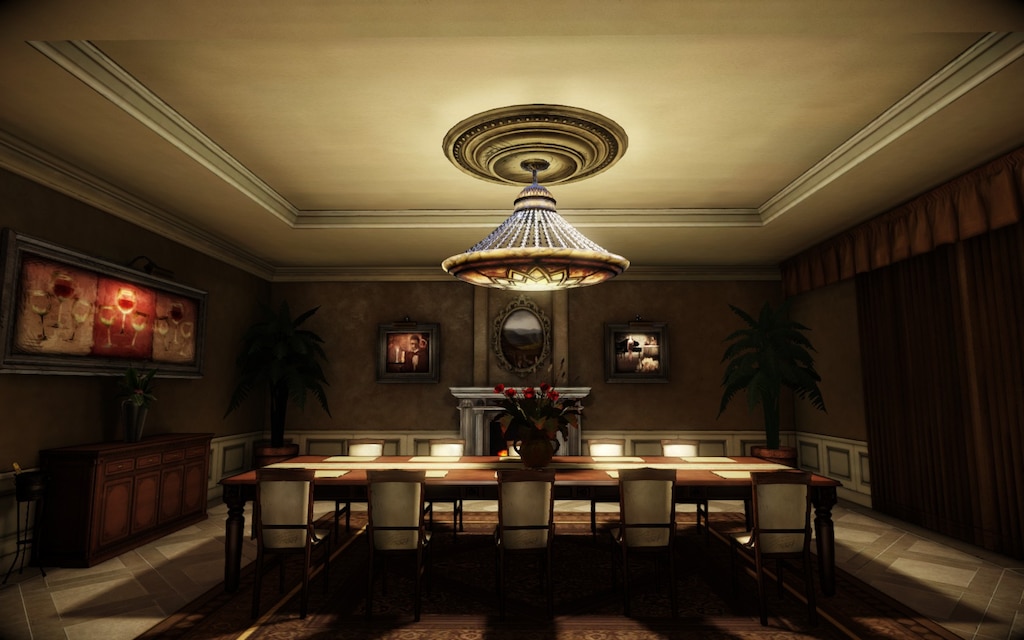 The Darkness 2 All Relics Locations
A guide to help find all the hidden relics in the game. There might be some spoilers, so i recommed to use this guide in NewGame+. I'll try to be as explicit as possible, without spoiling too many things. Also, please note that i play this game in NG+, s...
6 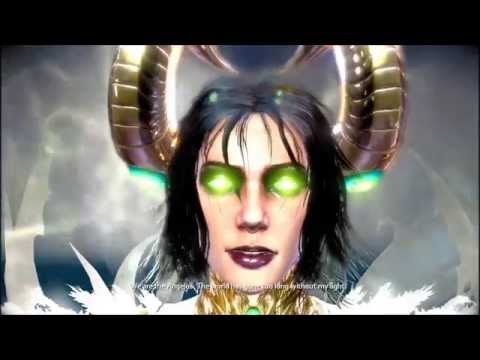 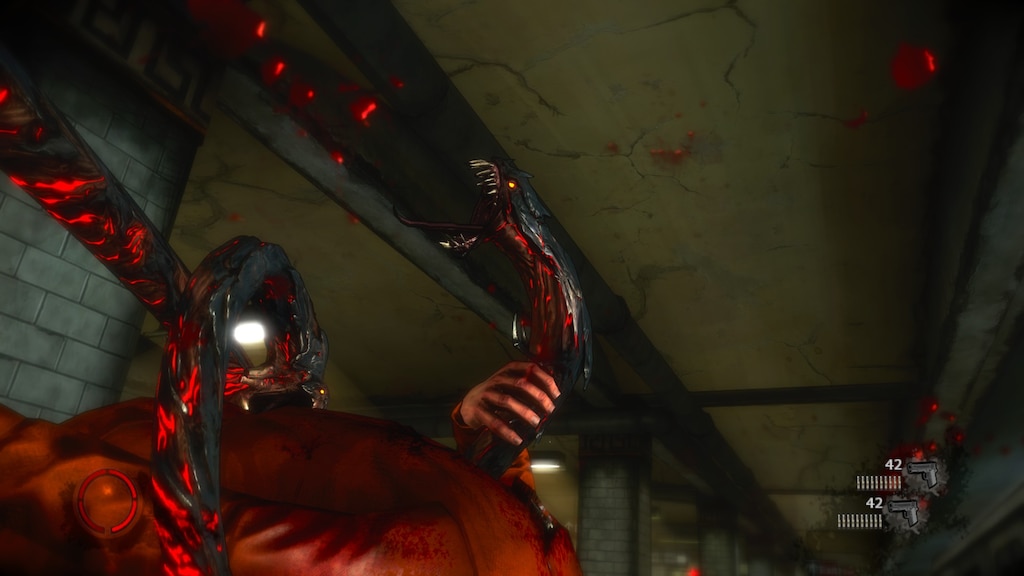 Oktoberfe-e-e-e-est
15. Mai um 9:57 Uhr
Allgemeine Diskussionen
This game is a victim of timing
I feel that this game went under the radar when it came out. I believe the game just came out at the wrong time when the market was full of nothing but COD or Battlefield, if it came out earlier (maybe around 2009 - 2010) it would had been a bigger hit. B...
3

AZN-Trader-K
19. Mai um 16:56 Uhr
Allgemeine Diskussionen
Another game ruined by levels that are too hard
Chasing through the cemetery is stupid hard. If I have to look at cheat videos to complete , then its poorly programmed. Spent hours there already and the checkpoints suck epic fale
173

oldfart_777
6. Apr. um 8:44 Uhr
Allgemeine Diskussionen
Worth to get ?
I recently watched the Wutchblade anime which I liked it and it was very enjoyable for me.(Yeah. I can understand why some comic fans dislike it since it's not that similar to the witchblade comics.) I read that Darkness is a character in witchblade comi...
12