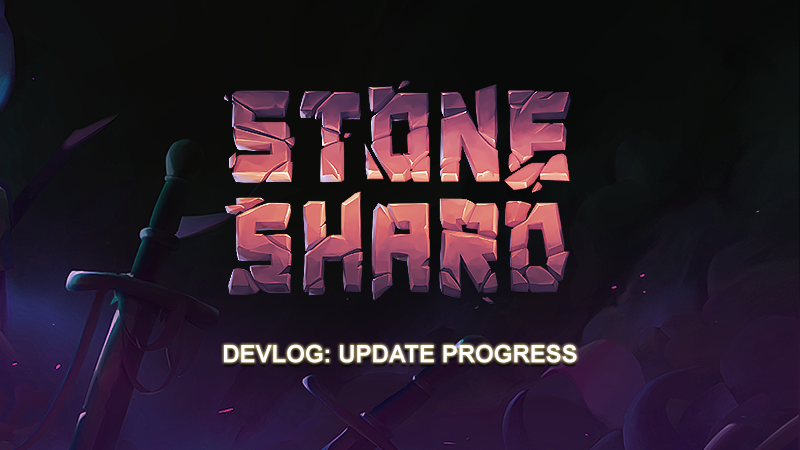 In today’s devlog we’ll share more details about some of the new additions which will be included in the “Trollslayer” update.

Now you’ll be able to grab a shovel and head to the nearest cemetery. If you spend some time digging around, you might find something valuable or interesting. Just remember that this isn’t the most pleasant of activities, so your character’s sanity and morale can take a noticeable hit if you rob graves too frequently.

If you don’t have a shovel with you, you can also try digging with your bare hands. Though the process will take much more time in this case plus there’s a risk of hand injury.

It’s now possible to randomly encounter roadside altars which were set up to honor the Host, the deity worshipped in Aldor. You can pray to the Host by these altars to gain a blessing for a few hundred turns. Blessings grant resistance to unholy damage, gradually restore psyche, and slightly increase received experience.

With the addition of a fully-fledged worship system, the altars mechanics will be substantially expanded, but for now their purpose is to add more variety to the world and encourage traveling by roads. 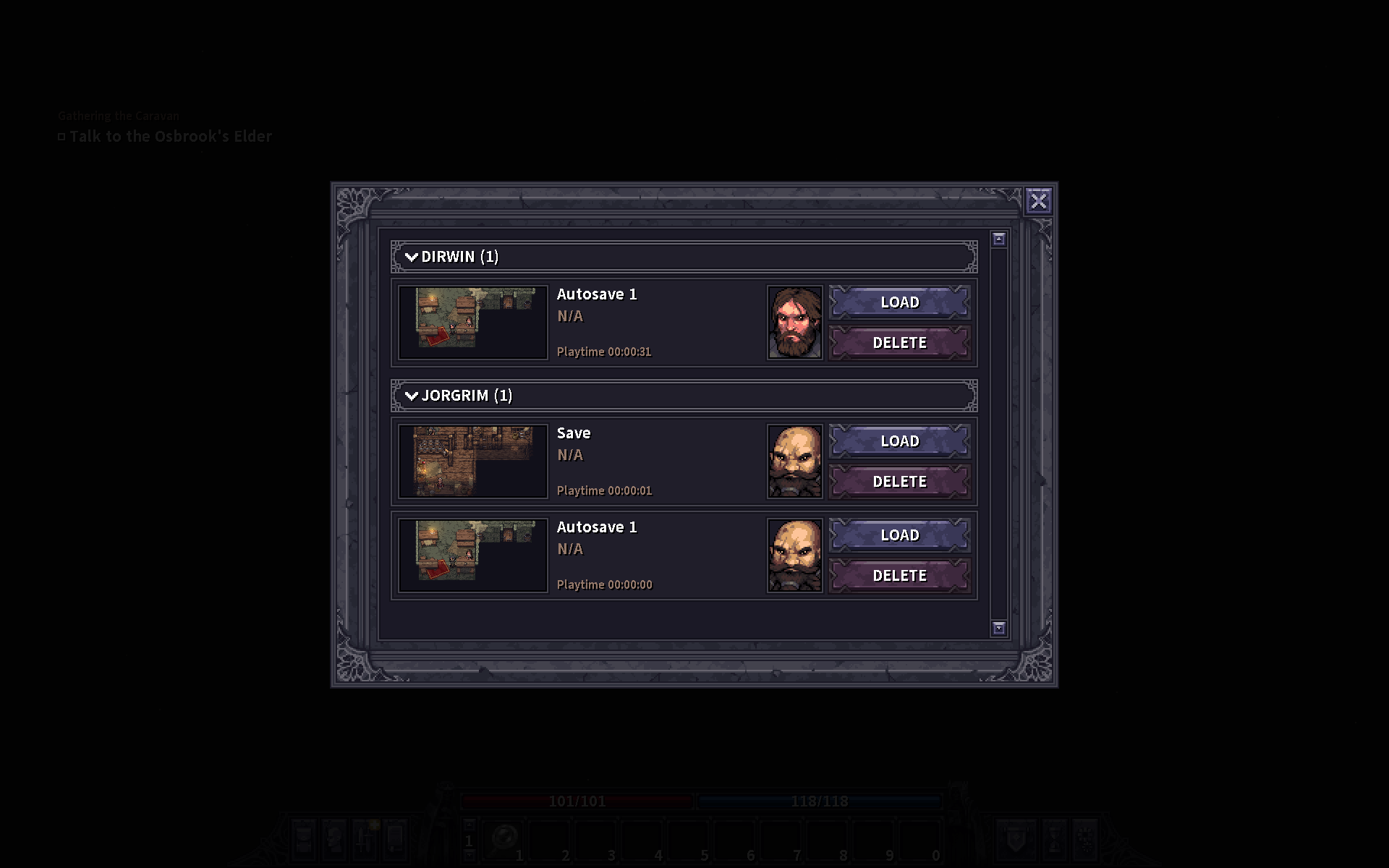 There were lots of requests to add character slots, so by popular demand it was decided to add them with this update. You’ll no longer need to bother with backing up game files. It’ll now be possible to create multiple characters and switch between them without any busywork.

Changes to Dungeon Generation
We continue experimenting with our dungeon generator by adding various changes. The updated version will be able to create more complex and engaging structures.

We also continue to fill the world with more details. The “Trollslayer” update will have three new points of interests. One of them we’ve already shown. Here’s the second one: 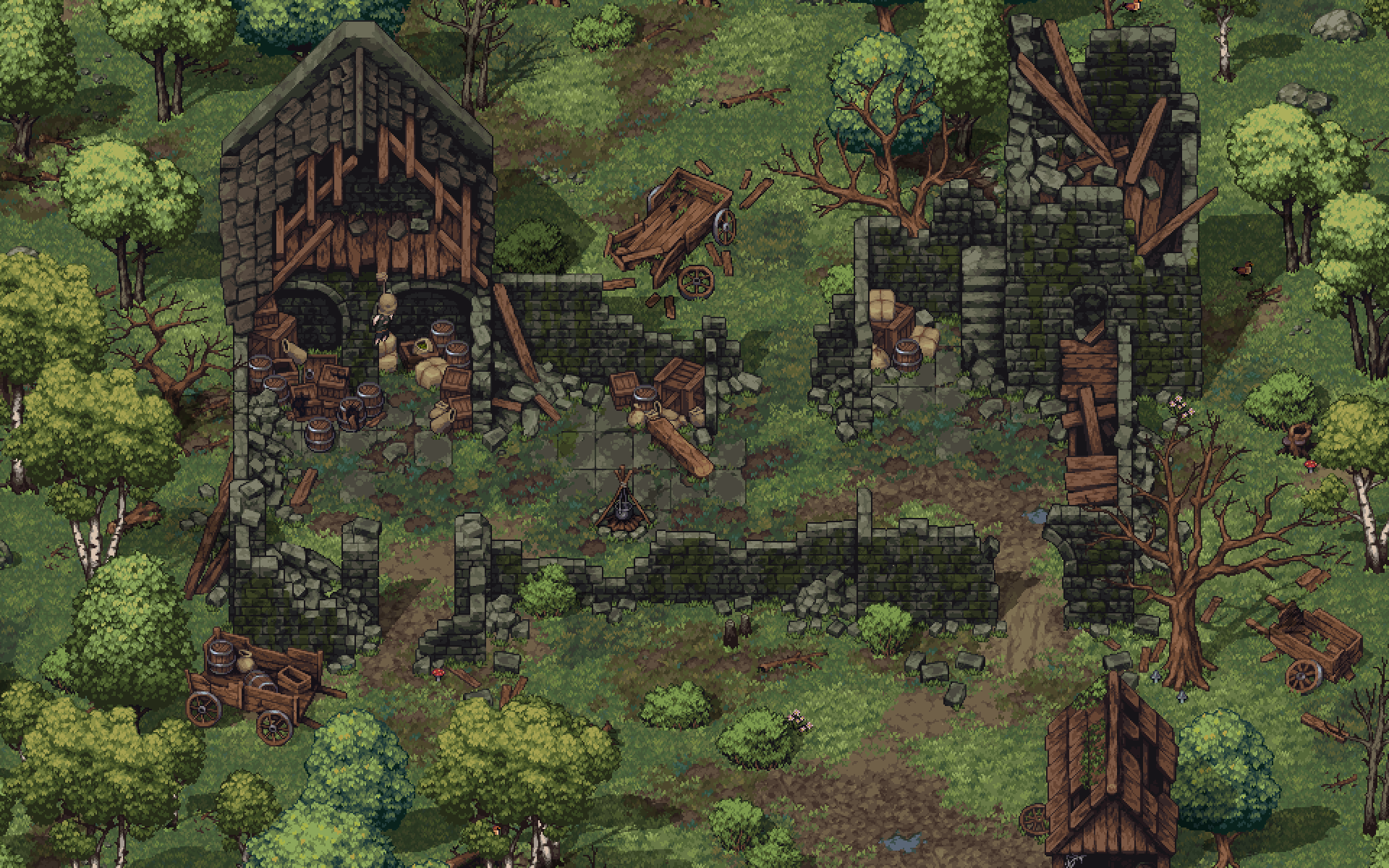 Update Release Date
We’ve decided to add a number of initially unplanned and unannounced features (such as save slots and changes to dungeon generation), so we’ll need a bit more time to finish their implementation and polish the build. “Trollslayer” will be available in three weeks - exactly on April 14th. 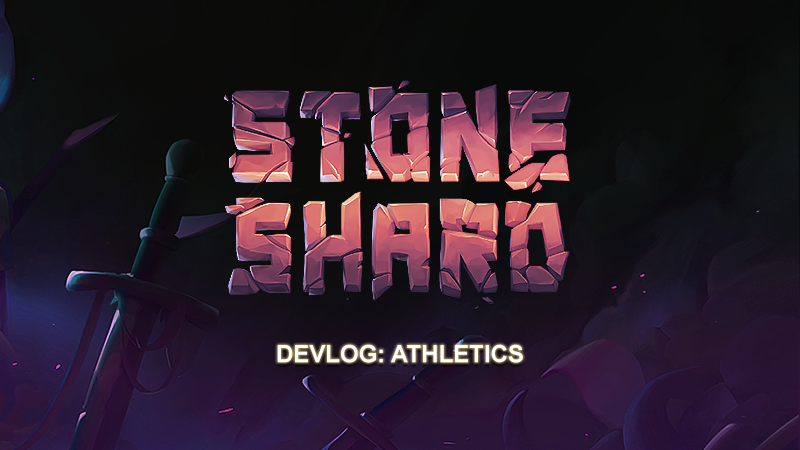 In today’s devlog we’ll share some details about our new skill tree, Athletics, which will be added to the game with the “Trollslayer” update in the end of March. 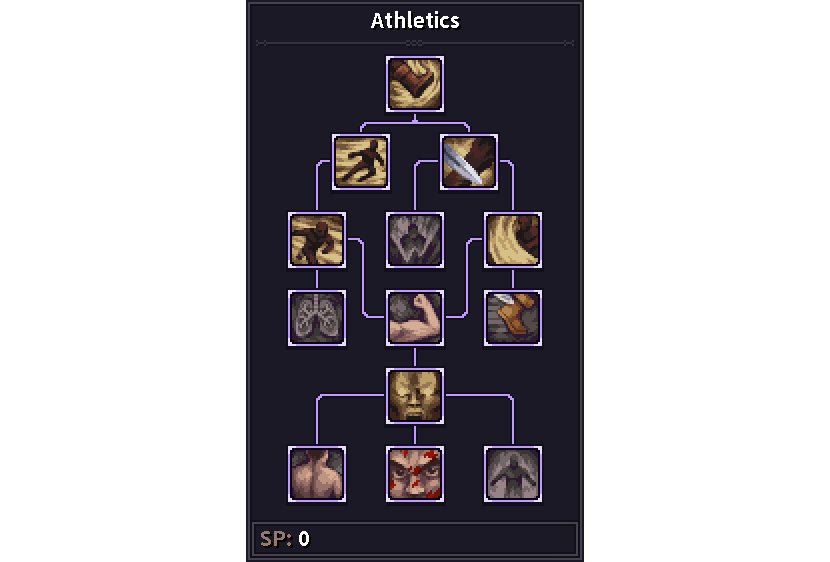 Athletics is an utility skill tree composed of 13 abilities: 6 actives and 7 passives. Its primary goal is to provide more options to control the battlefield and improve mobility. Because of that, Athletics can easily be picked up by almost any build, since warriors, archers, and mages can all find a use for a timely repositioning. Let’s now have a look at these new abilities:

Mighty Kick is an opening ability for this skill tree. It offers a cheap but effective way to knock an enemy back while dealing a bit of damage. At the same time, the power of knockback resistance is doubled against this specific skill, so you are most likely going to have a bad time if you attempt to kick a bear. In case if you fail to inflict a knockback, the cooldown for Mighty Kick is immediately refreshed, so you’ll be able to try your luck again.

Sudden Lunge deals low damage, but puts all enemy’s abilities on cooldown for a few turns. Also it has a chance to apply Confusion for a couple turns, preventing enemy from attacking or using skills (but not spells).

Elusiveness grants 100% dodge chance till the end of the turn. After that it applies an effect of “Elusiveness”, its duration scaling with the amount of attacks dodged after the skill’s activation. Elusiveness increases dodge chance and decreases damage taken. Moving and receiving attacks grant extra stacks of the effect.

Dash allows you to charge for up to three tiles. It can be used to either create some breathing room or to initiate a fight. If you decide to Dash into enemies, you’ll receive a decent bonus to damage and reduce skills energy costs.

Leg Sweep is an unusual ability, somewhat similar to Deadly Trick from the current version of the game (it’s been slightly changed in the Trollslayer update). Leg Sweep deals a small amount of damage to three adjacent enemies, immobilizing them. Then it allows you to move to a nearby tile.

Adrenaline Rush can be viewed as a controlled, but weakened version of the Second Wind effect. Adrenalin Rush replenishes energy, slightly decreases pain and grants an effect which significantly increases energy restoration, crit chance, and pain resistance. The strength and the duration of the effect increase when low on health.

That’s all for now. Until next week! 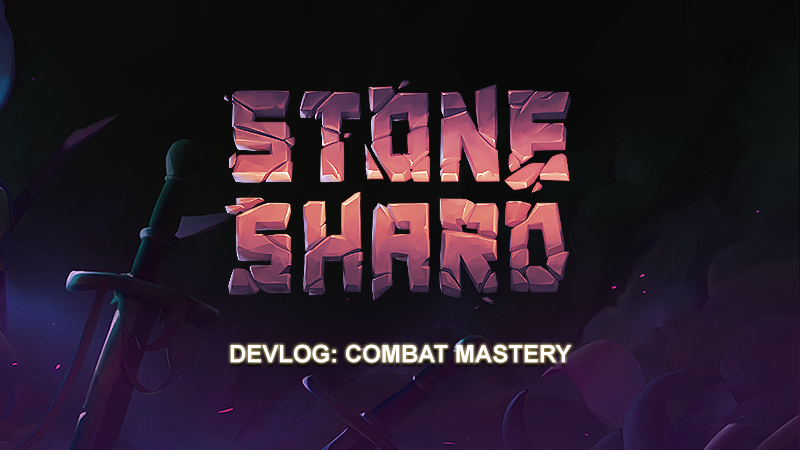 In this devlog we’d like to present you a new skill tree which will be added with the “Trollslayer” update - Combat Mastery. 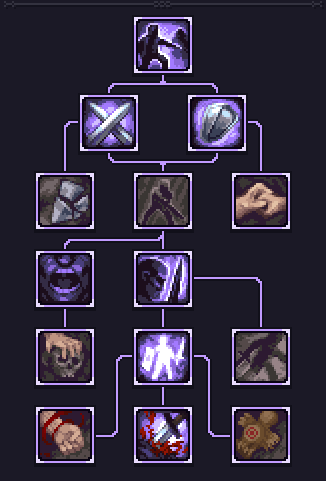 Combat Mastery is an utility skill tree, designed to be particularly useful to warriors and other characters relying on weapons. Overall it contains 14 abilities: 7 actives and 7 passives.

Passive abilities:
That’s all for now. In the next devlog we’ll tell you more about Athletics skill tree and, perhaps, will show you something extra! 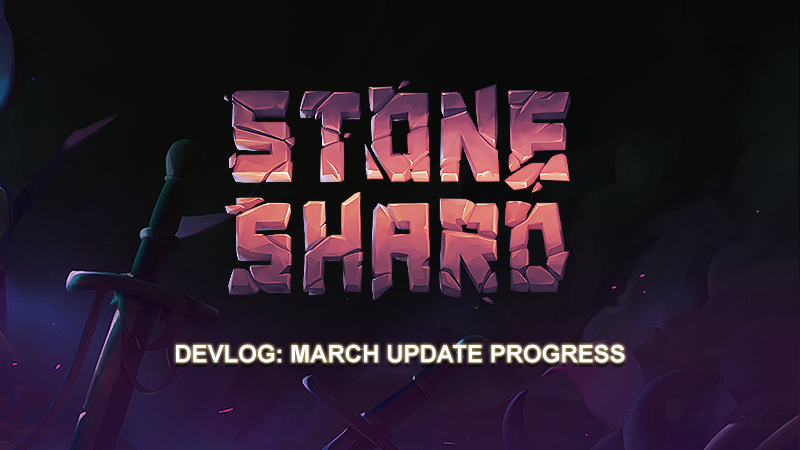 This devlog is dedicated to revealing some of the progress we’ve made with the first major content update «Trollslayer», which will be released around the end of March. As we’ve already mentioned, there are plans to include some previously unannounced things into this update. As for now, let’s go through some of the features we are currently working on:

To make the world of Aldor feel more alive, we’ve added two new animals to the game: saigas and bisons, which can be encountered in the steppes and in the fields accordingly.

Penny buns have been added to the forests, fleawort and henbane now grow in the fields and by the roadsides, mushrooms and potatoes can be cooked at campsites. The meat system has also been changed, it’s now divided into four types: tough, fatty, sinewy, and tender. Each meat type can be acquired from certain animals. In the future we plan to make the hunting system significantly more complex, but it definitely won’t be a part of the March update. 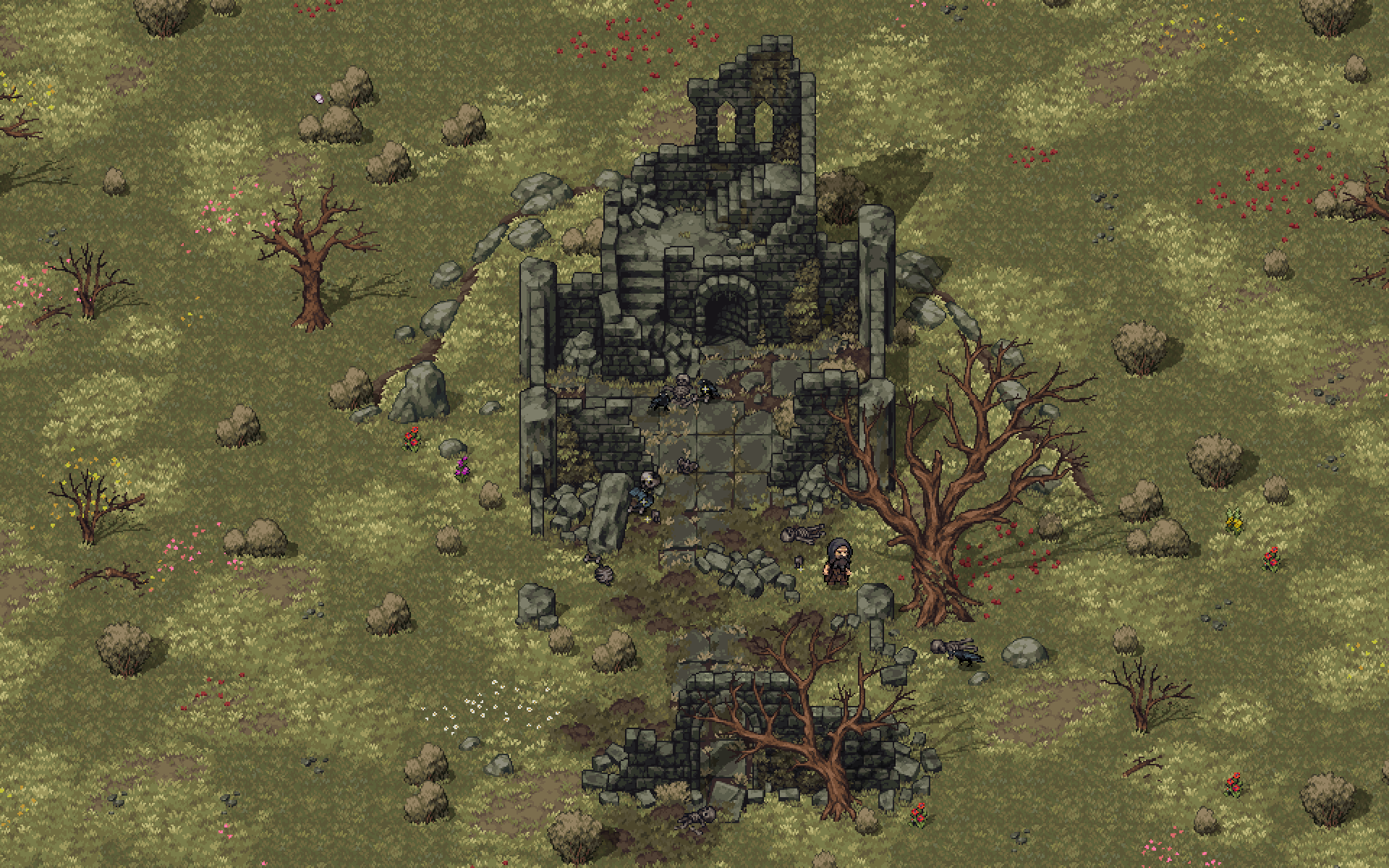 Proselytes have received their own dungeon type – Catacombs. Abandoned churches, monasteries, and other ruins inhabited by the vampiric cults can now be encountered around the world. At the same time there’s work being done on rehauling our dungeon generation algorithm in order to create more complex and structurally engaging levels. The work is still in progress, so no pictures of the interiors for now. 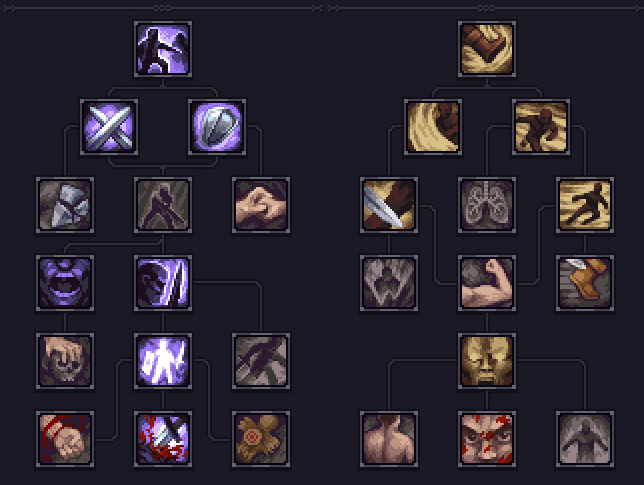 Right now we are in the middle of implementing two new utility skill trees, each containing 14 and 13 skills accordingly. Initially they were planned to be much smaller – 8-10 skills each, but during the development it was decided to add additional branches.

Combat Mastery will be a great addition to the characters focusing on using weapons. It’s designed to enhance this playstyle, introducing 7 versatile combat and tactical maneuvers.

Athletics is built around mobility and controlling the battlefield, so it can be utilized by pretty much every character

Once all the skills are fully implemented and balanced, we’ll publish a separate devlog where we’ll present them in greater detail.

Expanded dialogues
We plan to slightly expand the dialogue system for the key characters such as merchants, elders, craftsmen, etc. Naturally there is no role-playing depth of classical RPGs to be expected here, our role system is simply not designed for that. However you’ll be able to learn more about certain characters, find out their opinions on different topics, and, perhaps, get some leads on various locations and quests... 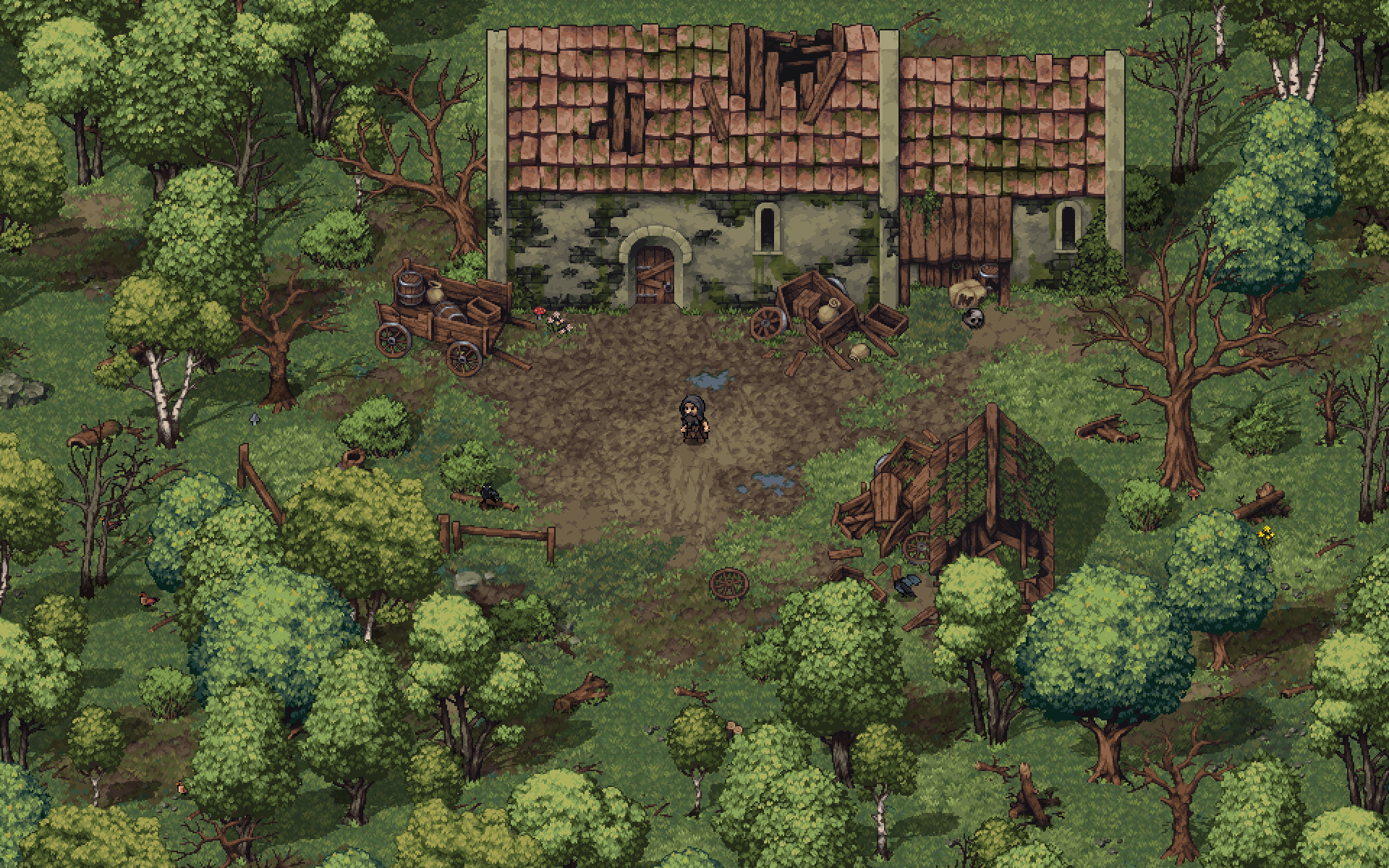 Stay tuned for new devlogs. Until next time! 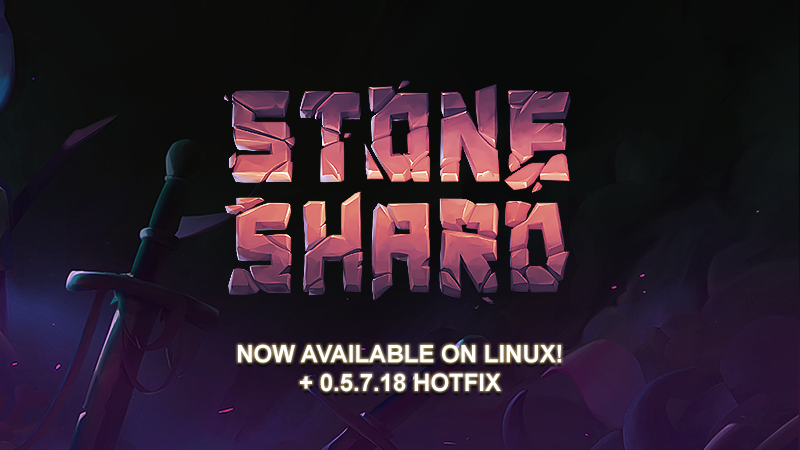 We're happy to inform Linux users that we've successfuly solved all Linux-related issues and Stoneshard is now available on your OC as well. Recommended distributive is Ubuntu 18.04. Other distributives may work as well, but they weren't tested.

It is important to note that depending on your version of Ubuntu additional dependencies may need to be installed to play the game. These dependencies are: 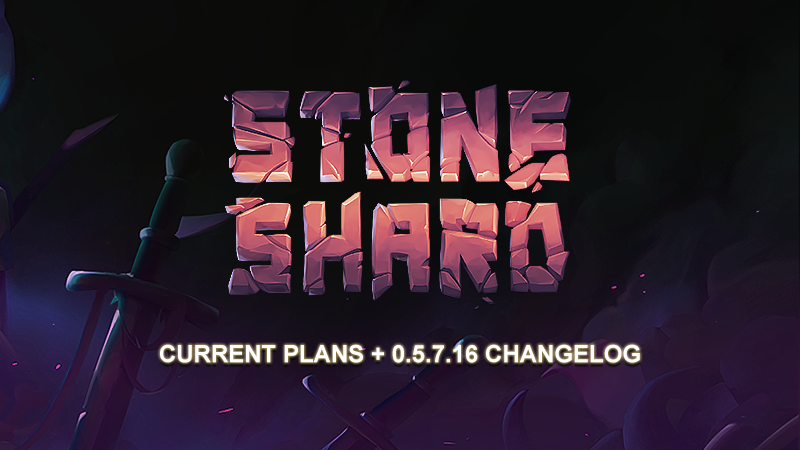 It’s barely been a dozen of days since Stoneshard was released into Early Access, a rather stressful dozen of days for our team. We’ve received a huge amount of feedback, and we are happy that our game gained so much unexpected attention. The first week was spent on fixing the most pressing issues, however it’s time for us again to focus on developing new content and mechanics.

Our first major content update “Trollslayer” is planned for March. You can see more details about it in our roadmap: it will introduce a new boss to the game, add a new dungeon type, two new skill trees, and expanded dialogues. We’d also like to add some of the initially unannounced content, but for now we can’t promise anything outside of what was originally planned. During the development we’ll publish a few more devlogs on our progress, so make sure to follow the game on Steam if you don’t want to miss them.

During this month we’ll continue to fix reported bugs and crashes, though at a slightly lower pace, so there still may be a couple more patches till the end of February. We also plan to finally solve the issues with the Linux build and release it in the near future. Until then, we recommend you to join us on Discord[discordapp.com] - our most favored way of communicating with the community where you’ll be able to chat with other players, ask us questions directly, or check out teasers for the future update. For now, here’s some of them: 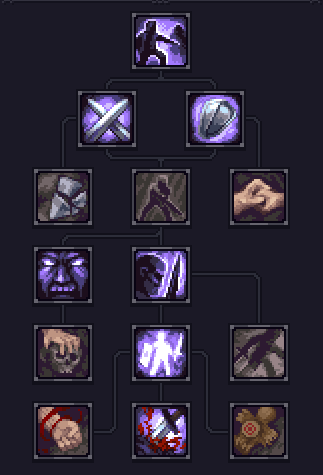 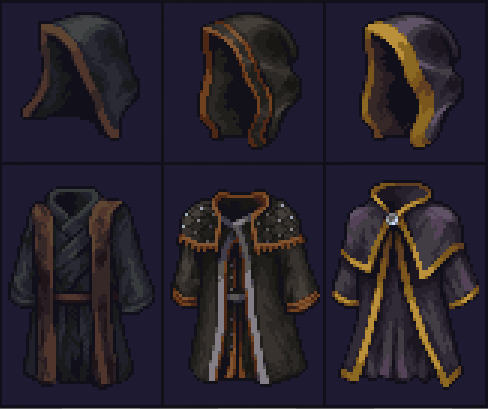 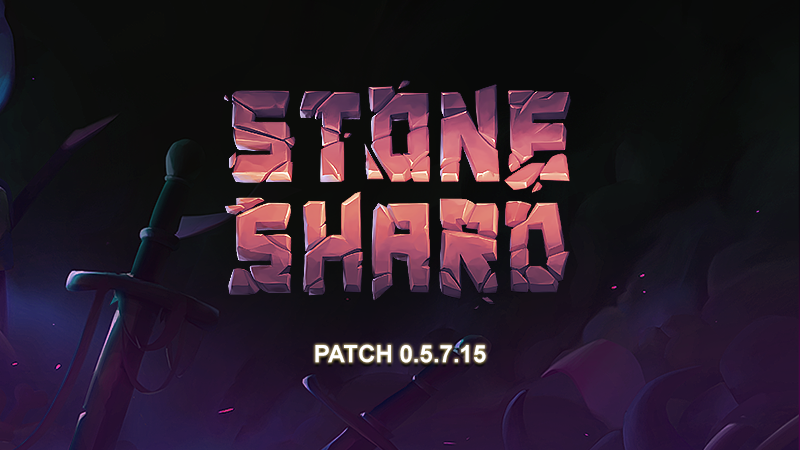