Detective Sebastian Castellanos has lost everything, including his daughter, Lily. To save her, he must descend into the nightmarish world of STEM. Horrifying threats emerge from every corner, and he must rely on his wits to survive. For his one chance at redemption, the only way out is in.
$39.99
Visit the Store Page
Most popular community and official content for the past week.  (?)
Who are the people inside STEM?
Obviously the search team members are actual people, but I'm talking about the people inside STEM who were turned into Lost and that girl you rescue. Are they real people, or just people made up inside of STEM?
4

The Evil Within 2 - Collectibles (Picture Guide)
A mostly spoilerfree guide with lots of pretty pictures which show the location of a lot of Collectibles and missable items in the game. In detail: Files, Keys, Residual Memories, Mysterious Objects, Pouches, Photo Slides, High-Grade Weapon Parts and Red ...
40
329 ratings 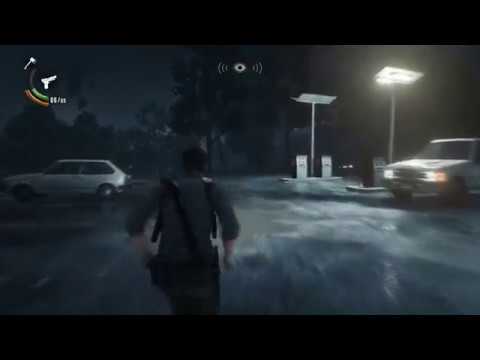 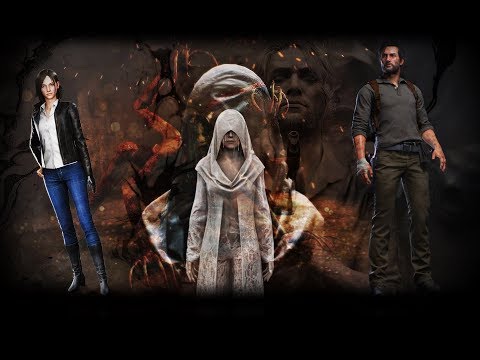 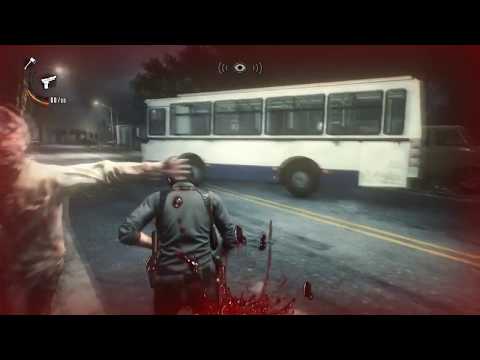 Chudah™
View videos
Evil Within VS Evil Within 2
Anyone else liked the original better? and if so any particular reasons why?
1,177

The Evil Within 2 - Collectible Guide
In This Guide We Shall Find All Collectibles And That Does Include Ammo/Upgrade Pouches 1. If You Die "PICK UP" The Collectibles Again Or If you Hit A Checkpoint or Save Game, You Wont Need To Go Back 2. Make Sure You Complete Side Missions! 3. You Ca...
12
110 ratings 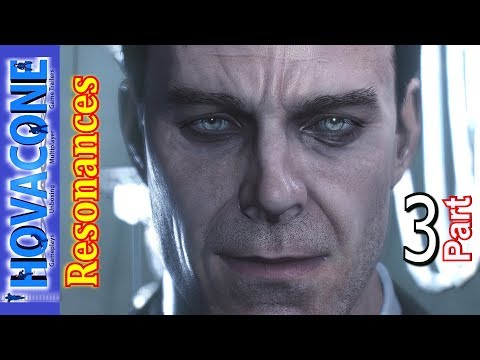 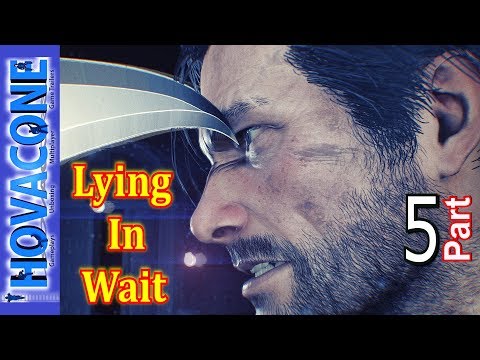 The Evil Within 2 is an excellent game and a wonderful survival horror, perfectly mixing Silent Hill and Resident Evil 4 while correcting all the flaws of the original. If you’re looking for that ideal horror game to play on Halloween, this is the one to go for. 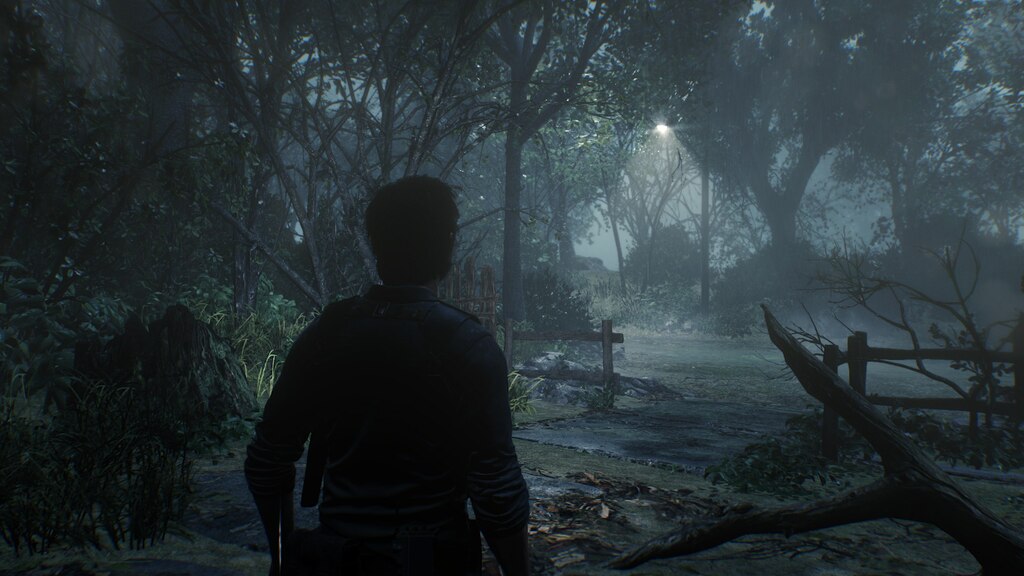 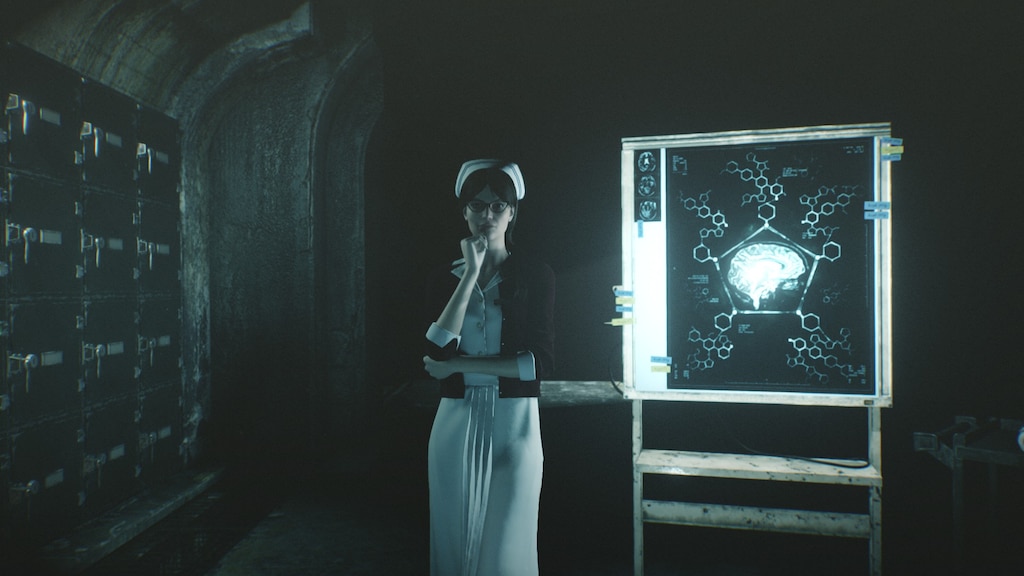 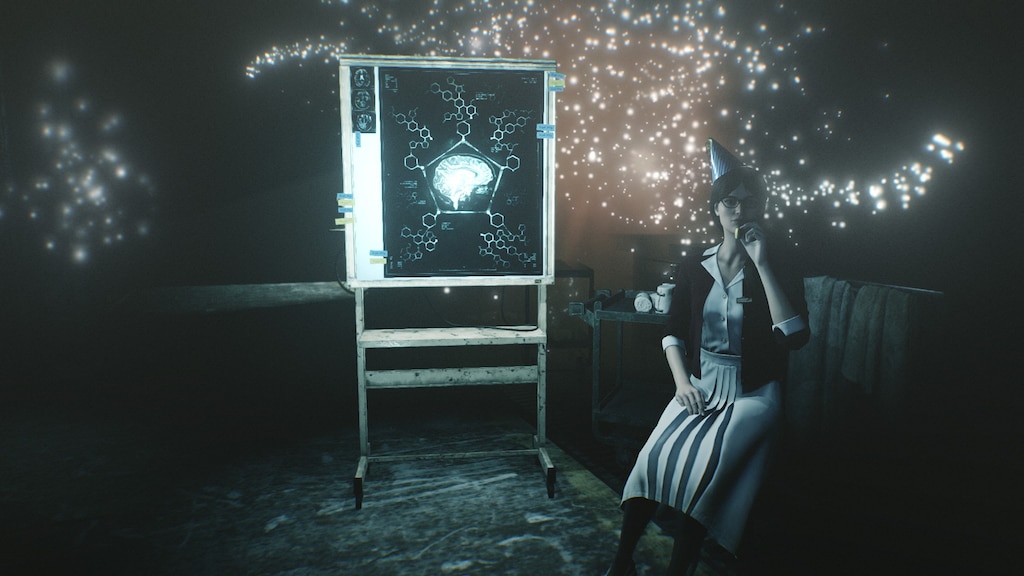 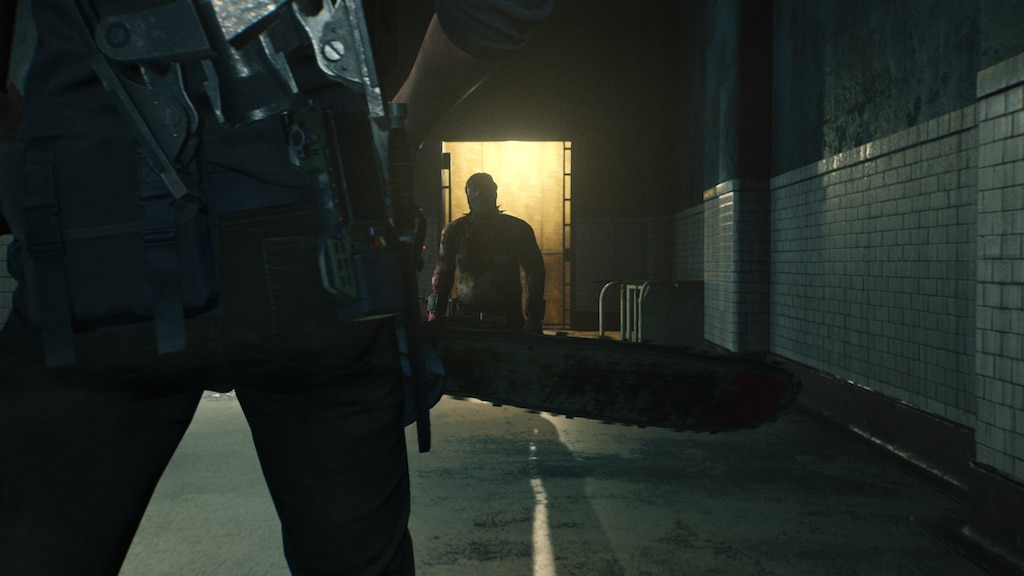 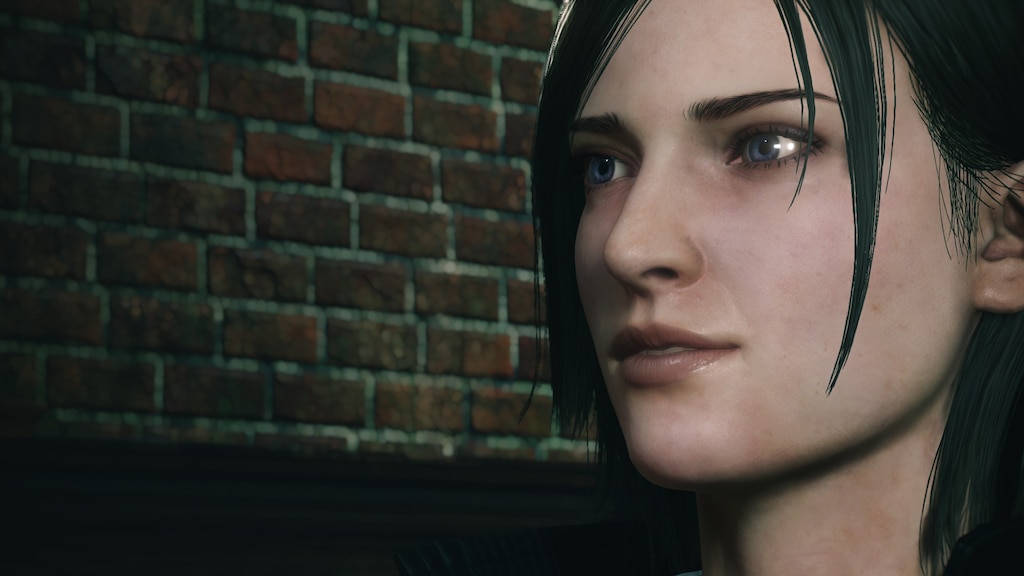 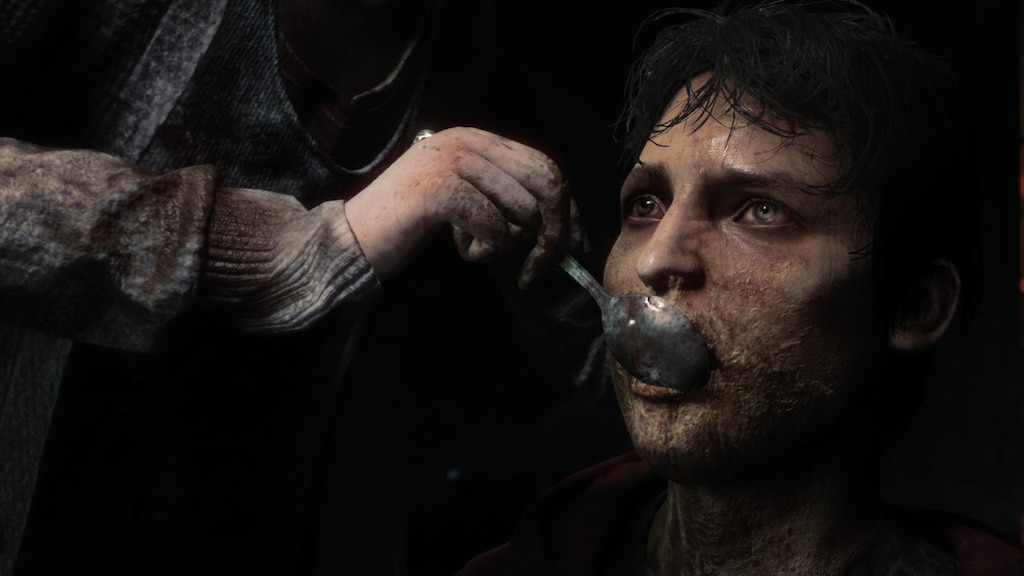 Recommended
18.1 hrs on record
The one thing I have no gripes with is the story. Not that it's excellent or anything, I personally think that it does much less than the setting allows, but it is conveyed comprehensively and isn't too dumb. Occasionally It gets all tearful and perhaps too tacky, especially by the end, but the final hour was so entertaining and satisfying to play that I didn't mind. Although it's obvious that I didn't fall for any of the emotional aspects, I appreciated the attempt at making NPCs somewhat sympathetic, so it's A for effort and B- for realization. To sum up: in terms of cohesiveness and well-built culmination The Evil Within 2 beats its predecessor 100:0. Fine pacing, neat conclusion, Kidman's bum, good job! It gets worse from here.

Visually The Evil Within 2 went for a completely different style or the lack of it. While adding more colors is not always a bad thing, even for a horror game, the graphical changes were implemented quite sloppily in a technical sense. The lighting is often flat, the textures tend to flicker, the collisions are all around the place (messing up animations) and the overall environmental design looks more generic than anything. Union is a clean town with a number of fires and some debris. Nothing looks as sick, pestilent and disgusting as in the first game, including monsters. At the same time, I wouldn't say that the game looks dog ugly. No, the graphics are acceptable, just fairly barebones detail-wise.

While there are some curious monster designs, especially when it comes to bosses, it still felt like I was fighting them reskinned zombies most of the time. The first game didn't have a huge roster, too, but it somehow wasn't so obvious about it, and it made me fear my enemies at least. With the abundance of super-effective stealth in this one I've learned their patterns all too well to stay horrified. Here, on the Survival difficulty, you switch from being hunted to being a hunter, for what it's worth. Try a higher difficulty if you want a challenge. It also seemed to me that there were too few bosses and the ones presented, while looking cool, weren't that interesting mechanically.

The first game delivered a tightly-packed, linear experience, during which you never felt in control. This one opted for a wonky sandbox approach, giving you a few separate districts to grind through. Again, not scary at all - just run a few steps in any direction if you get into trouble and you'll be forgotten immediately. However, I managed to enjoy these sections (read: most of the game) quite a bit - not as a horror experience but as a fun scavenger hunt with juicy shootouts. A hoarder in me demanded more and more resources, despite that I never came close to running out of health items or ammunition. The game showered me with them non-stop... but it also showered me with an appropriate amount of viscera while I was at it, which kept me from complaining too much.

Yup, not the most enthusiastic of recommendations... anyway, even when burdened with all these flaws, The Evil Within 2 is still a distinctive, refreshing take on the genre. Its compulsion loop kept me invested the whole time and, last but not least, nowadays it's rather cheap when on sale. Experimentation doesn't always beat stagnation - this time the result of the former is comparatively lackluster, but we might see a masterpiece in the future if the right balance would be struck. Everything depends on whether these extremely talented developers are willing to learn their lessons. Okay, now just don't make a Battle Royale out of the third part and we'll get along.

Recommended
14.0 hrs on record
One of the best horror games i ever played. 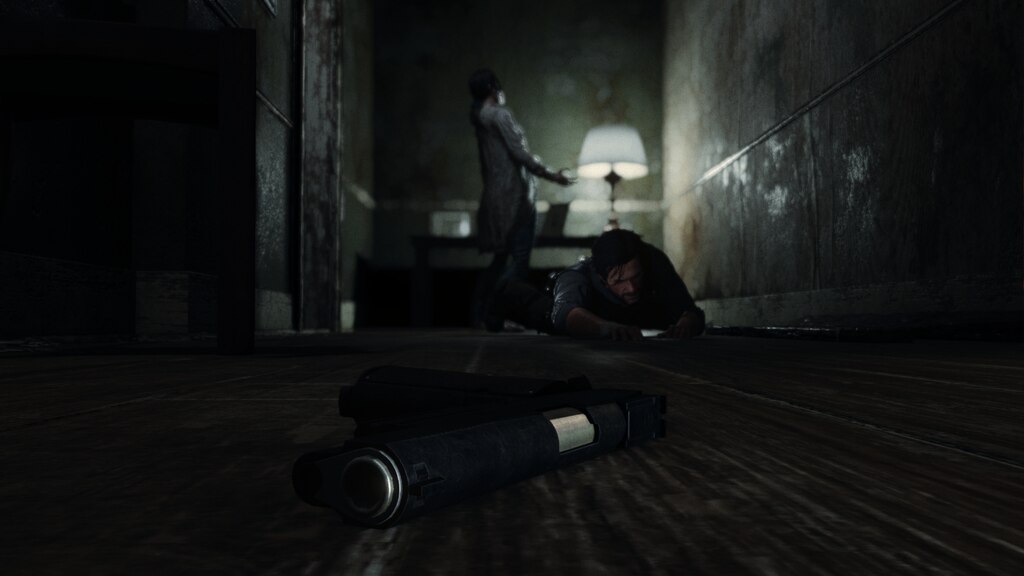 prophet ηΔ†Δη™
View artwork
this or re2 ?
what to buy, this is cheaper but is it that much inferior game ?
49

WhiteWolf2017
Mar 28 @ 1:42pm
General Discussions
[FIXED] No audio ingame + save file damaged
Hello everyone, today i wanted to start the game but after the initial screen there's literally no sound in the menus or ingame. plus, i cannot load anymore my last saves, it says that files are damaged. Now i tried downloading my savefiles via steam clou...
20