Firstly, big thanks to everyone who’s been taking part in our latest alpha, the feedback has been extremely useful and we’ve been making plenty of tweaks to tune up the reworks. Thanks to this we've just released an alpha patch to fix some of the major hiccups, plus a few of the smaller ones too!

Full patchnotes are here[dead-cells.com], or check out the major points here:
In other news, our friends over at Playdigious have successfully launched their port of Dead Cells onto Android! So if you fancy playing Dead Cells on the go then check out the listing on the Google Play store[play.google.com]. The port has custom controls, external controller support and there's no ads or P2W mechanics, so none of the usual mobile game BS will ruin your Dead Cells runs.

That’s it for now! 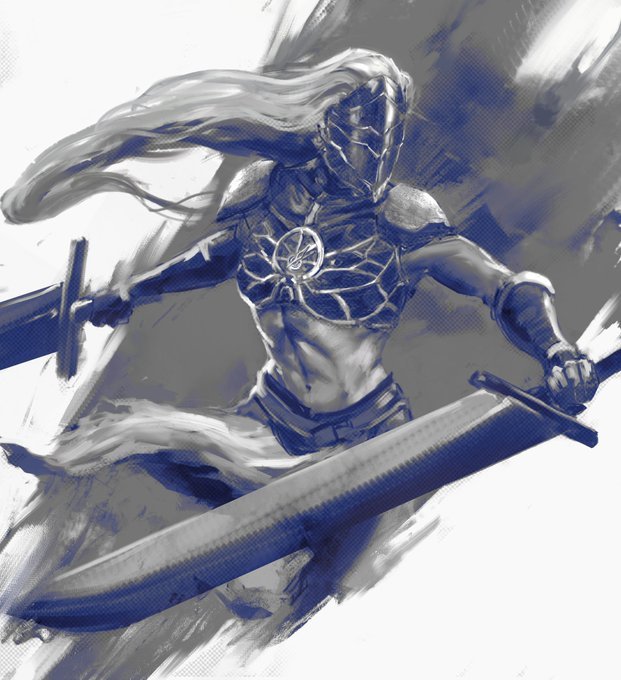 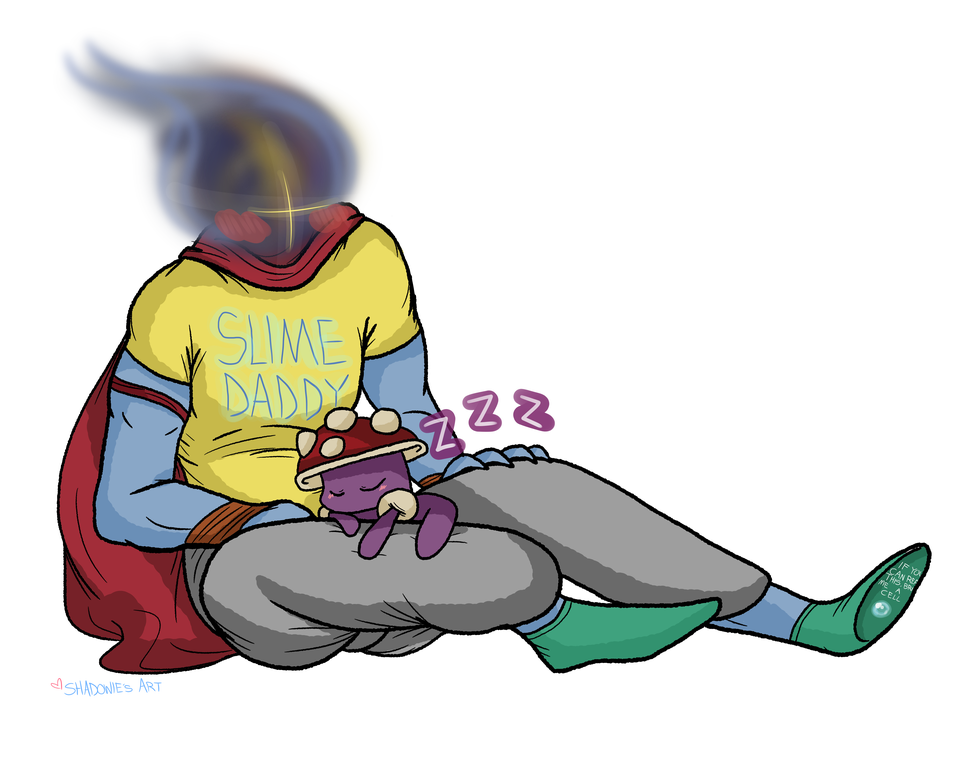 Picuira
12 hours ago
Bugs & Crashes
Alpha for the "Update of Plenty" available!
May 28

Hope you’re all good, just letting you know that the alpha stage of our 19th update is ready to test for anyone who wants to take part. What started as a balance update following our community survey on the most loved/ hated weapons of Dead Cells ended up in some sort of global overhaul.

We’ve reworked an absolute ton of stuff, so even though playtesting have been done, we can't promise that you won't find some crazy unbalanced situations - let us know and we’ll sort it out for the beta, that's what an alpha is for right!

We're especially interested in hearing your thoughts on the new enemies' damage in bc2+. It was decreased to compensate for the lack of scrolls, but it needs refinements.

If you want to have a go then the instructions are just below, but please remember to back up your save and remember there’s a save restore hack too (instructions here).

Full patchnotes are here[dead-cells.com] but there is a lotin there, so for your sanity here’s a TLDR:
That's only the big changes so, yeah, this update is going to shake up the game - we hope in a good way! Please go in with an open mind and don’t freak out if something seems broken, just leave some feedback and we can tweak whatever needs tweaking.

Speaking of feedback, we’re about to open a thread in the subreddit as a place for you to leave responses. or you can put a message in our Discord channel.

Thanks,
Matt, EE and MT 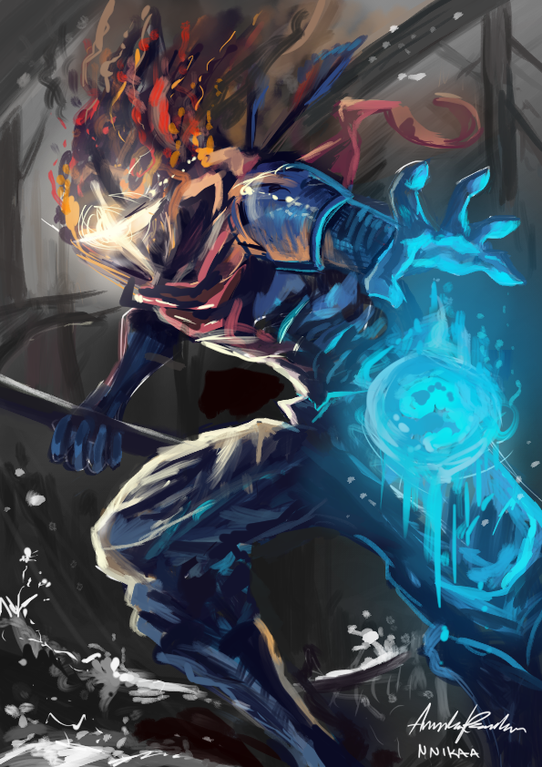 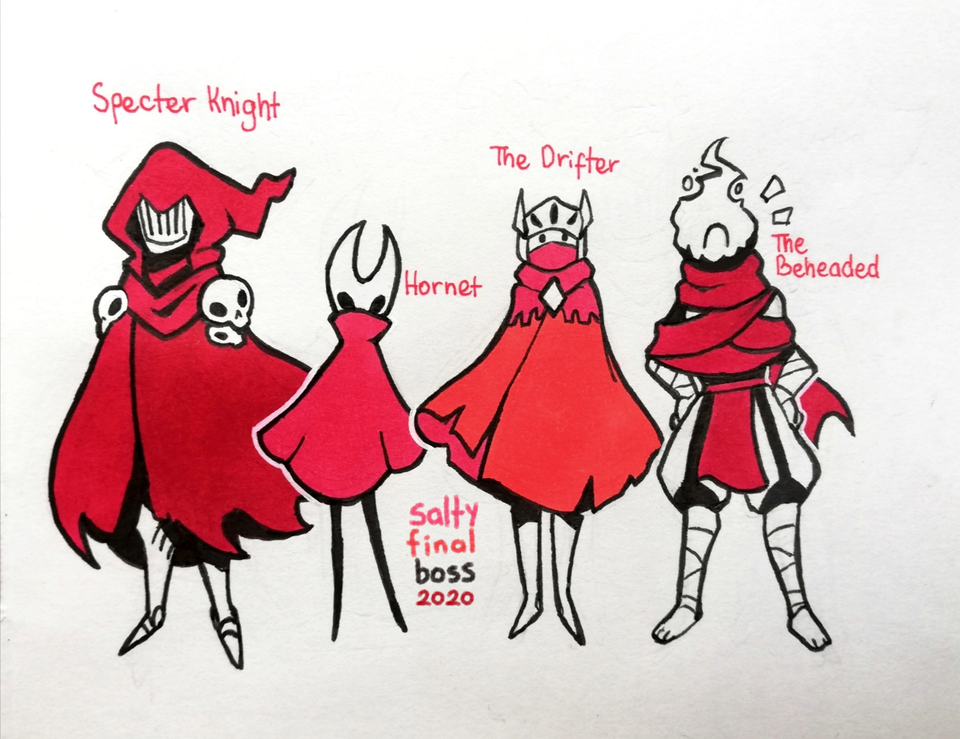 Dead Cells
30
414
2 mushroom boi Q's
im not into achievements but every once in awhile i tolerate them. so, this mushroom boi thing, i sacrificed him at the MOtB alter, got the Bound for Hell one and no boss fight, how to get Pact with the Devil? 2nd, when they say finish game without sacri...
2

Comegetsome
10 hours ago
General Discussions
Update 19 is coming soon(ish) - Post No.2
May 20
Hey,

Hope everyone's good! Last week we mentioned that Update 19 will be making some meaty changes to some of Dead Cells’ underlying mechanics.

Some mutations have been mentioned as a bit of a non-starter once you're at higher levels, so we want to address this and make sure all the mutation choices have a significant impact on your run.

So, to start with we’re going to give damage mutations a bit more OOMPH to open up your mutation options. To do this we'll be changing their effect from DPS-based to percentage-based.

We know that sounds a little bit dry, so if you're not up for some Dead Cells maths right now you can check out this TLDR:
THE SITUATION
At the moment, the damage from mutations is calculated on a DPS value that is separate from your weapon's base DPS value. The mutation DPS increases by 15% for each of the scrolls that you have for the colour of that particular mutation. These are:The 'scaling from scrolls' approach was chosen during the Foundry Update way back in December 2017, because it’s very similar to the way that weapon damage is displayed and scaled. However, the damage increases that you get from a weapon’s level, quality & affixes are all calculated through percentages. This makes damage mutations much less effective the further you get into the game.

This is because as the weapon level & quality increase, their contribution to total damage rises while the mutation's stays the same. You also get more affixes with higher quality weapons which only increases the gap, leaving the mutation's effect in the dust.

If all that sounded like complete waffle, we can illustrate it with a rough example of the Combo mutation {+160 DPS for 8 seconds after killing an enemy} on the Frantic Sword in BC0.

Frantic Sword I:Frantic Sword VIII:
So, currently the damage increase from DPS based mutations diminishes with each increase in weapon level or quality. But the other contributors to weapon damage are based on percentages of the weapon's base DPS, so their effects are preserved at higher weapon levels.

THE FIX
Since we don’t see any reasons for handicapping damage mutations, we’re going to move the relevant mutations from their current DPS system to a percentage-based one. This will let them scale just like the other weapon multipliers, so they don't lose their effect as your weapons improve. Wooo equality!

We haven't settled on exact % figures for each mutation yet, but we'll adjust it to make sure they're a real benefit to pick up, giving you a dilemma over which mutation you want to choose for your build every time.

This change will make damage mutations relevant at all Boss Cell levels and their effects will be much clearer to you as a player. We're hoping this will encourage a wider use of the current mutation roster, opening up more builds and strategies to experiment with.

Thanks,
Matt, EE and MT 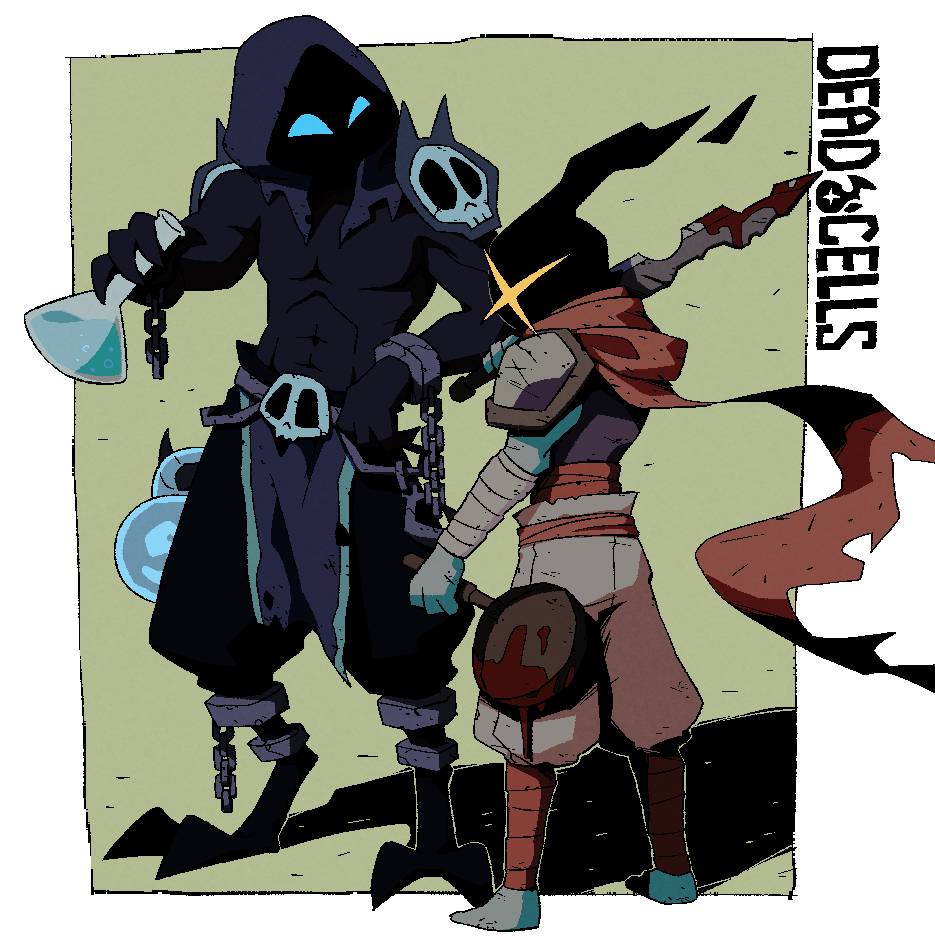 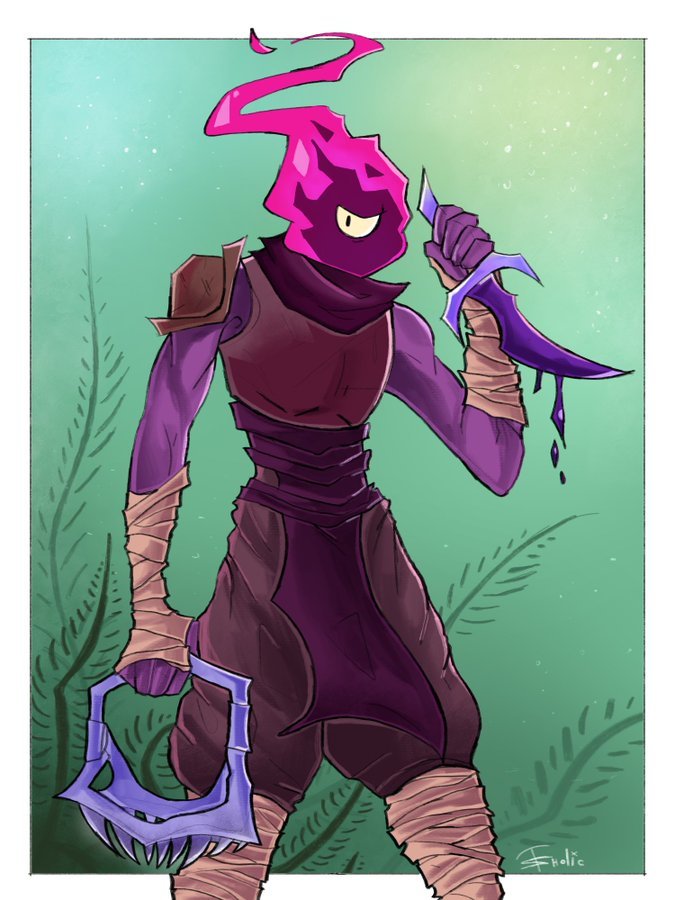 7
79
【Dead Cells】 Hand of the King No Damage Taken

Modding Colors with a Hex Editor
I will show you how to tweak the colors of the Beheaded to your liking. The process is fairly in depth, but I aim to construct this guide such that even somebody who has never touched a hex editor before can do it.
67
53 ratings

徘徊月夜
View all guides
Any build for 1 bs?
I am noob, and sorry if this sounds stupid
5 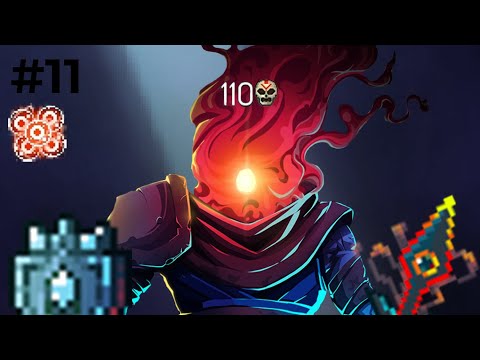 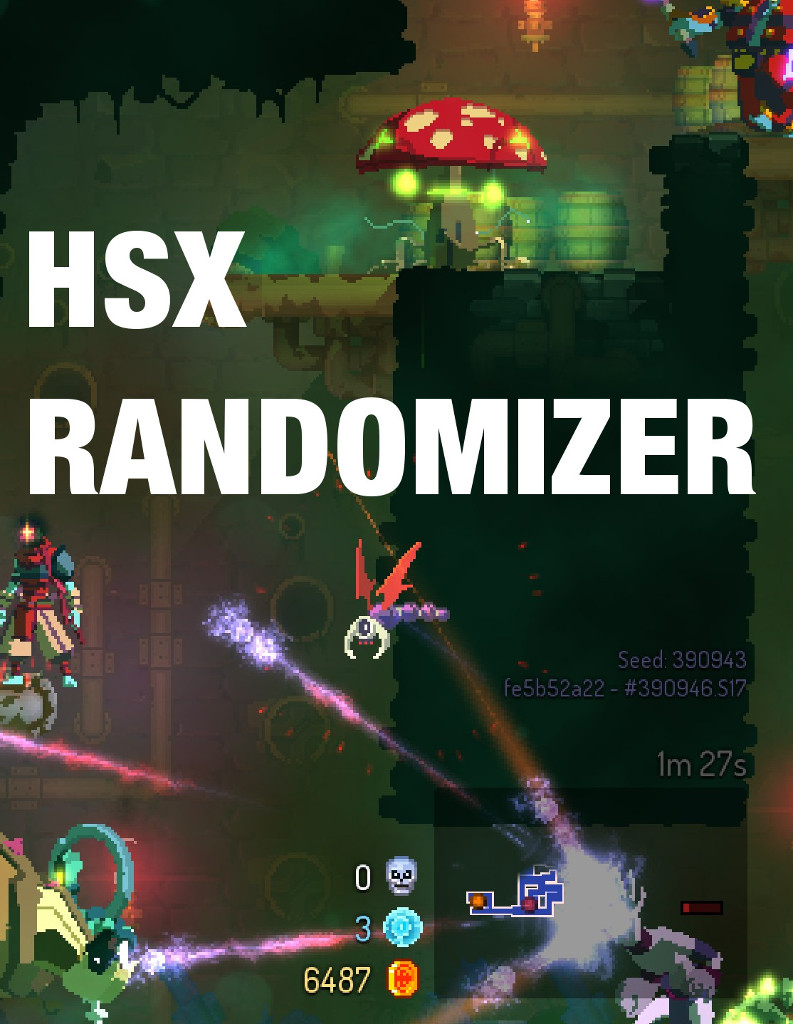 11
HSX Enemy Randomizer - Every Enemy in Every Biome 1.8 / DLC compatible 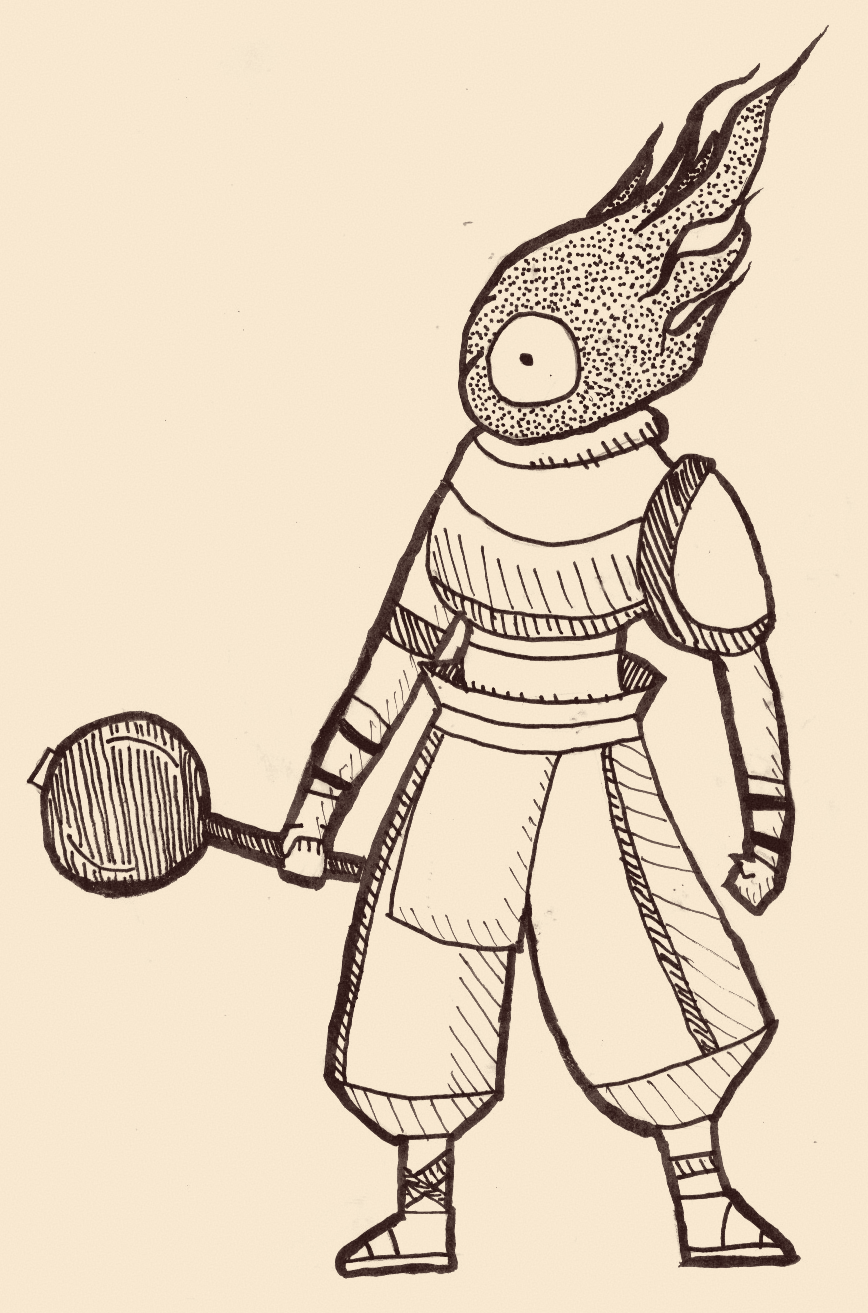 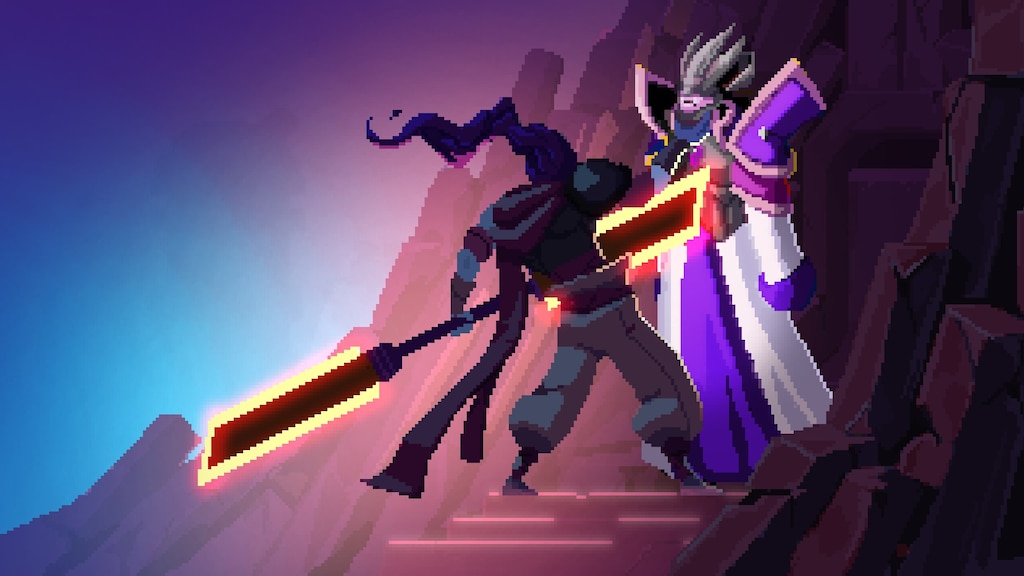 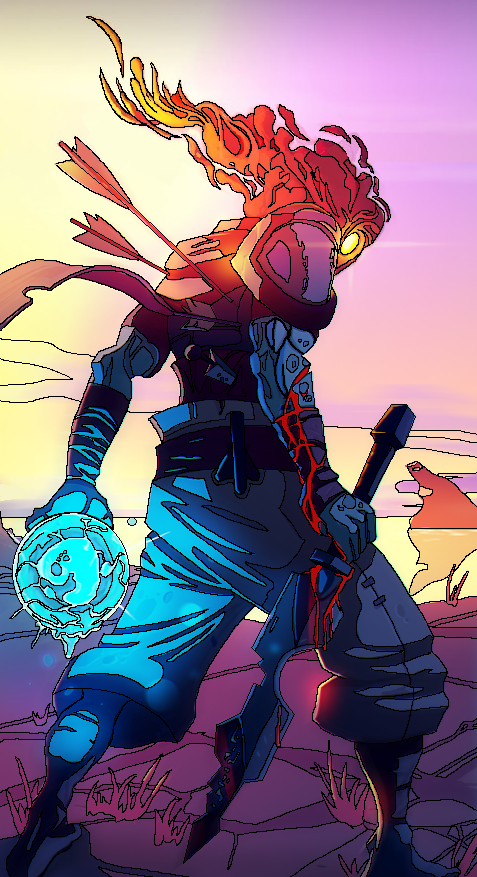 Recommended
241.5 hrs on record
ok, i only have 265 hours on this, but im gonna be honest and say that i played a lot of the game on a pirated copy way back in the day.

First off,
The game is smooth, has very pleasing visual aesthetic and colour palettes, great animations and a bit of customisation(the player skins which are all 100% unlockable ingame). It should be able to run on a plethora of machines, and even though they advise for the user to utilise a controller, i didn't feel the need for one.

Second off,
This is a rogue like. Unlike most rogue likes, you first runs will probably be pretty good. After beating the game initially, you'll be met by the option to add difficulty, i advise against jumping on this until you unlock some items and perks in the lowest difficulty possible. The item and perk(mutation) drops is either RNG or a guarantee, depending on the difficulty and type of item.
A complete run can last up to 1 hour, 1 hour and a half, depending on the difficulty, route and personal skill.
Dying is not bad. I repeat, DYING IS NOT BAD. This game teaches you stuff through death, and it;'s a great learning tool. You get destroyed by an enemy you've never seen before? Great, now you know to play safe around them or avoid them altogether.
Difficulty is split into 6 : no cell difficulty, one cell, etcetera, until 5 cell difficulty. You earn these cells by beating the "final" boss, The Hand of The King. Unlike a lot of games, deadcells implenets and interesting choice of adding difficulty. While adding damage and armor or health to certain enemies, higher difficulties will also throw new enemies at you, new mechanics to watch out for( Malaise) and also give you more loot(items, chests, shops etc). Each cell difficulty has it's own differences to the previous or next, and it's great to take your time and grow accustomed to all of them.

Third off,
The community is great. The devs speak to the community, try to understand their complaints and strongly deliver. Unless you're a total rogue like god, this game should give you more than enough hours of entertainment, fun and rage. I strongly recommend this game to anyone willing to either dive into the genre, or further explore it.

Pyromancer Build Guide
Hi! This guide is made to showcase a new pyromancer build I made based around the different fiery weapons in the game. Expect: Fire Lightshows And A Whole Lotta Ashes (dead enemies) Like And Fav!
2 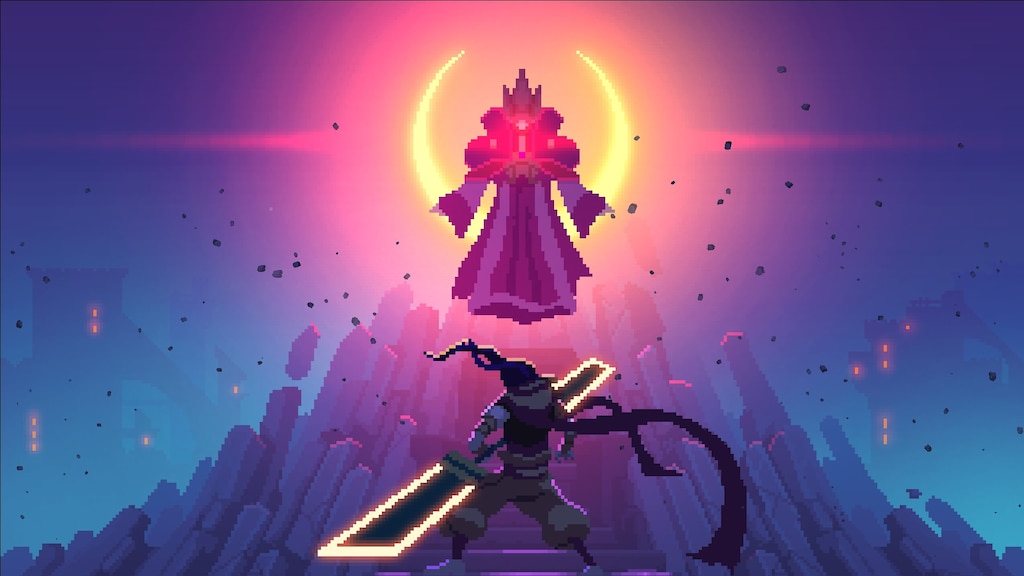 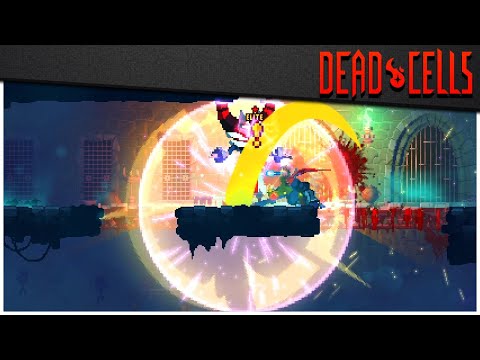 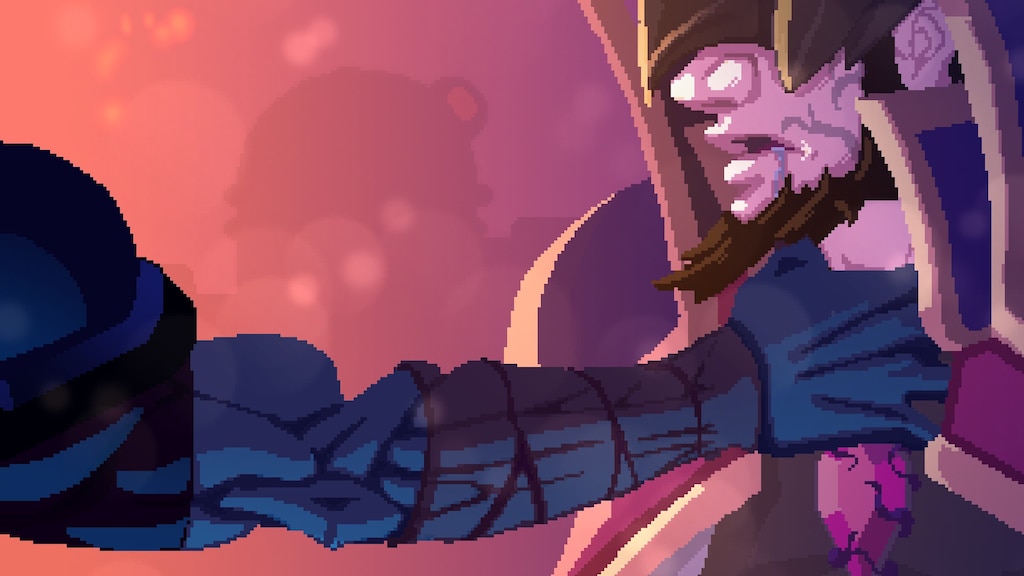 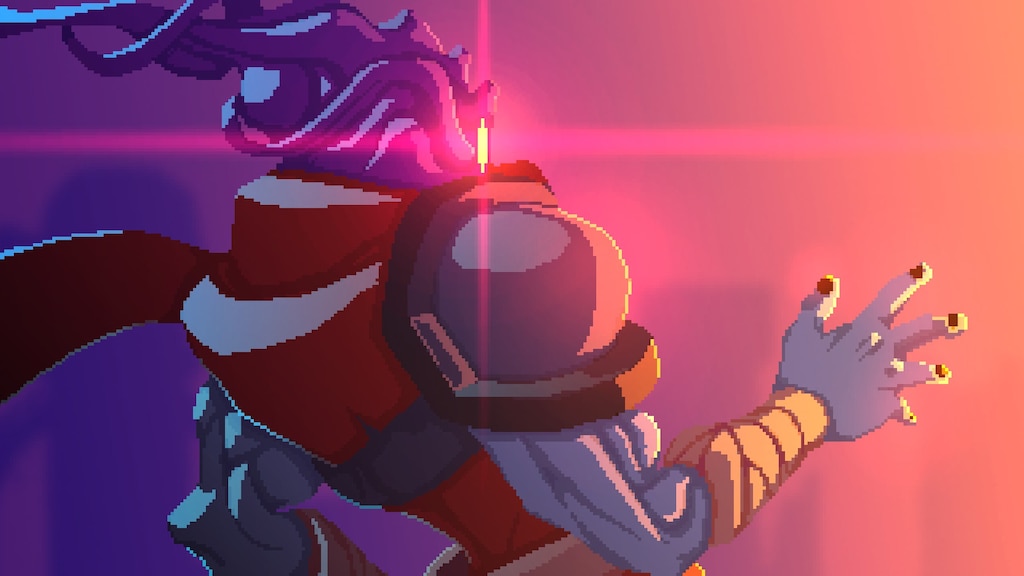 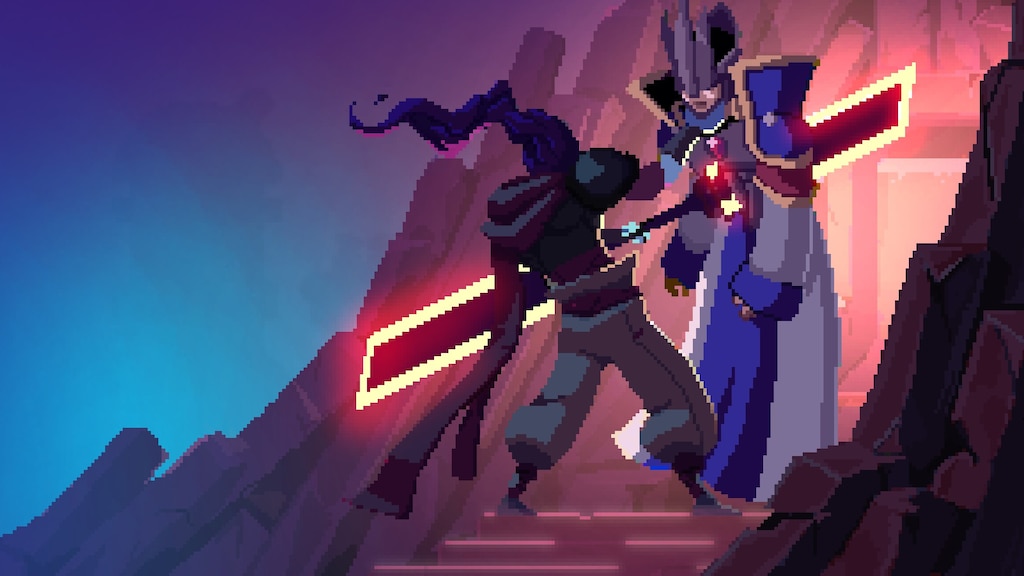 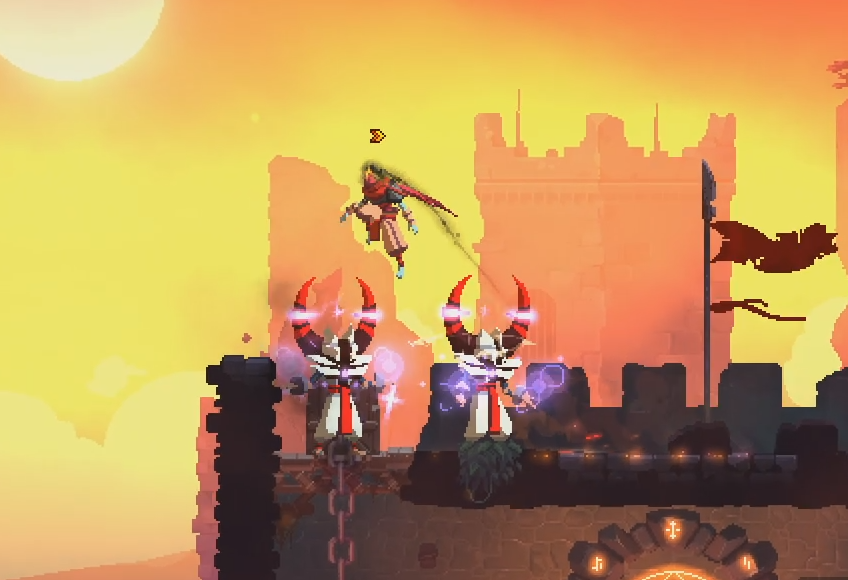 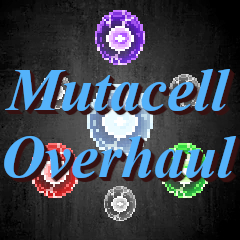 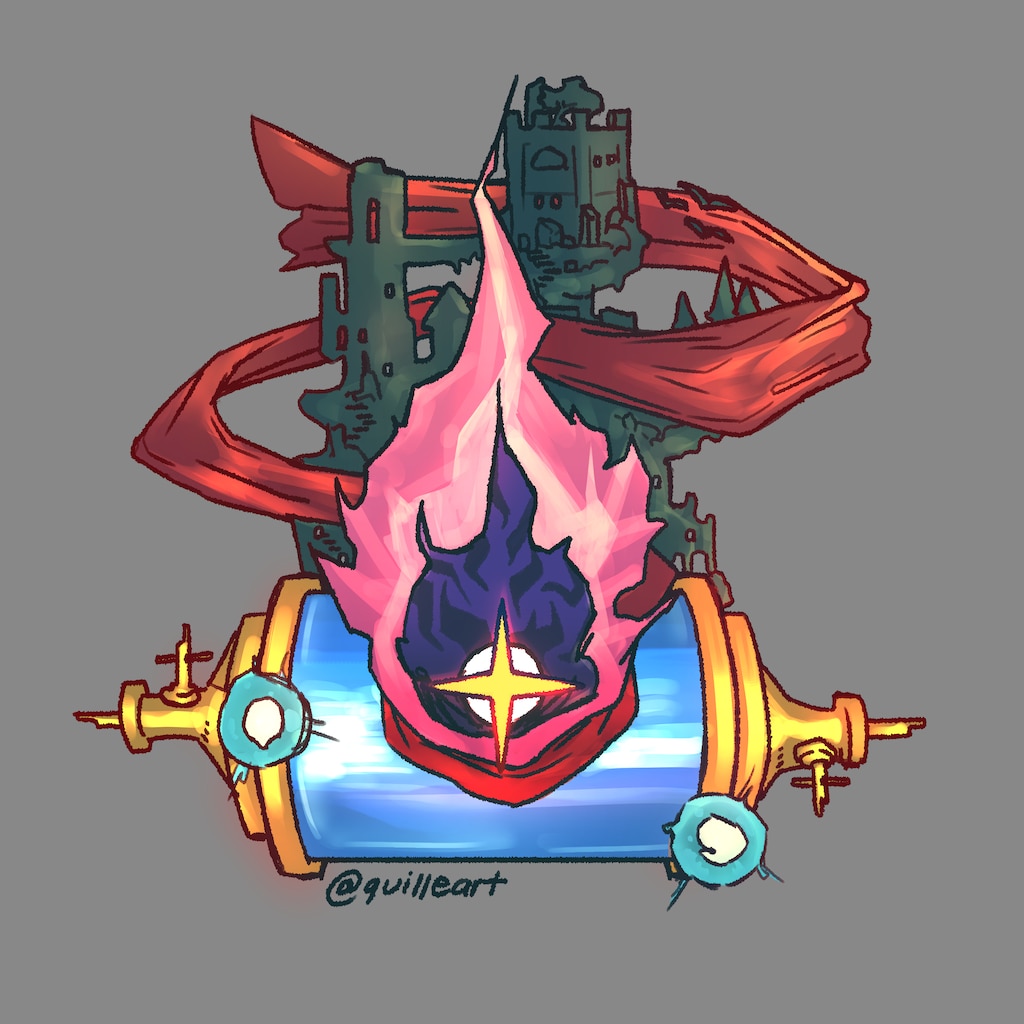 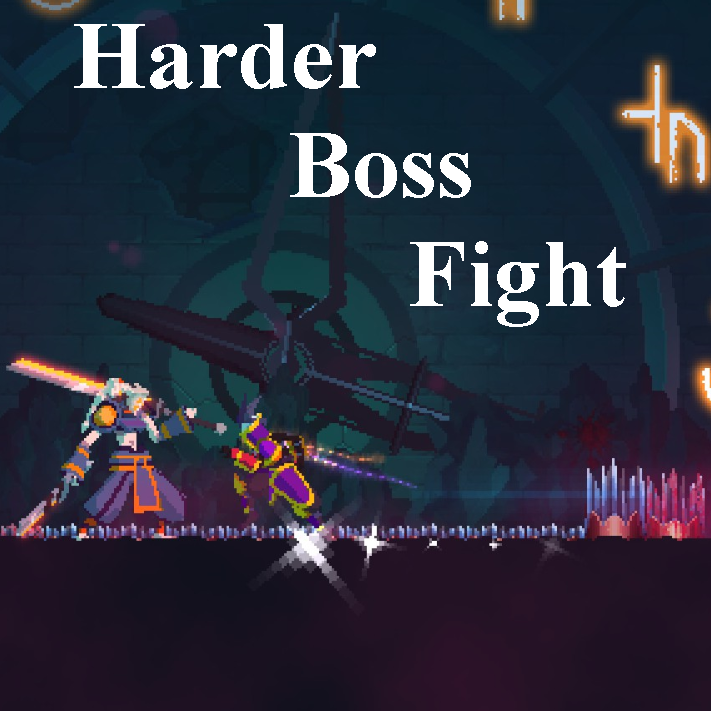 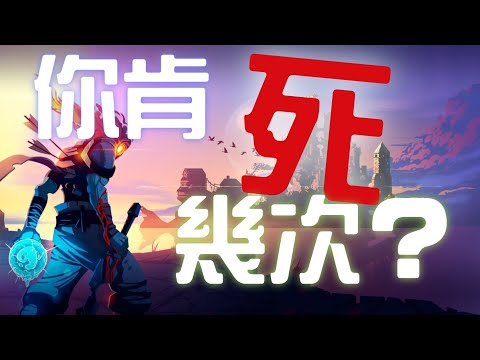 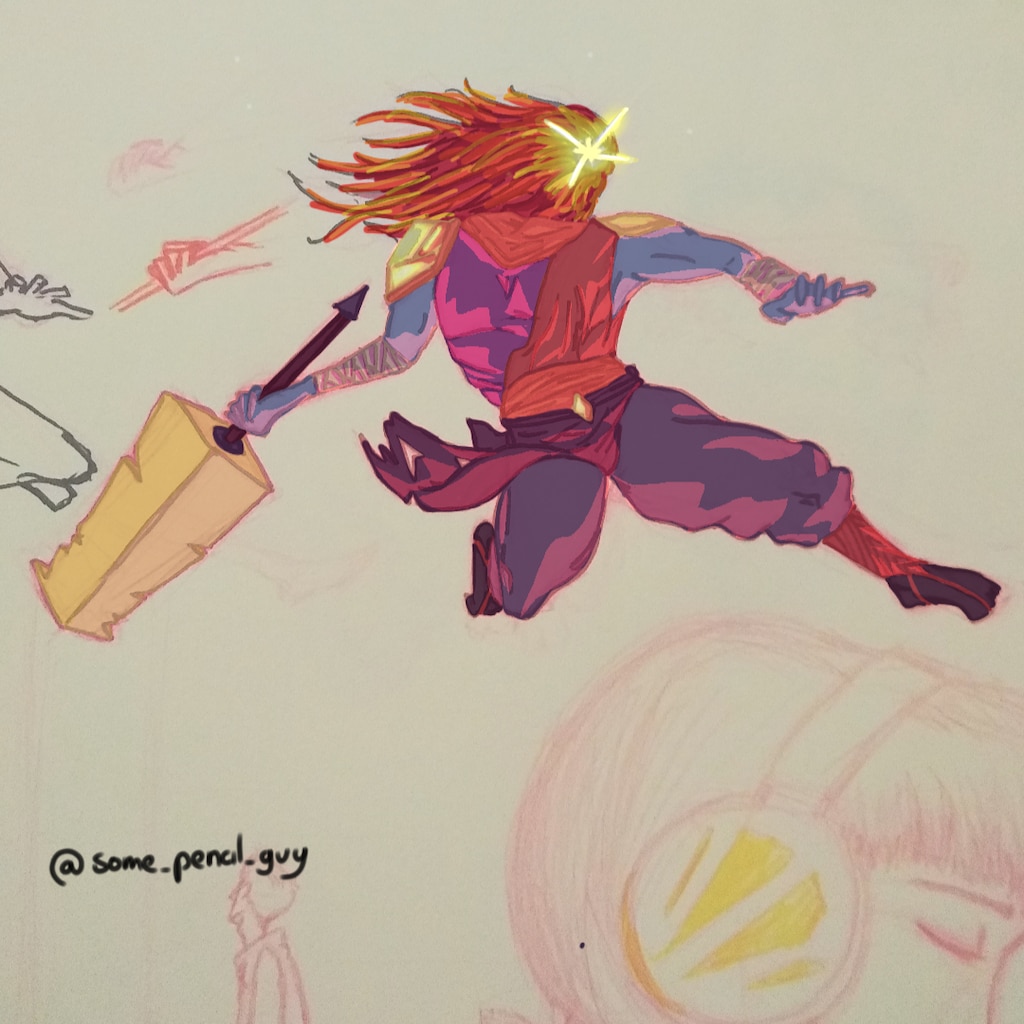 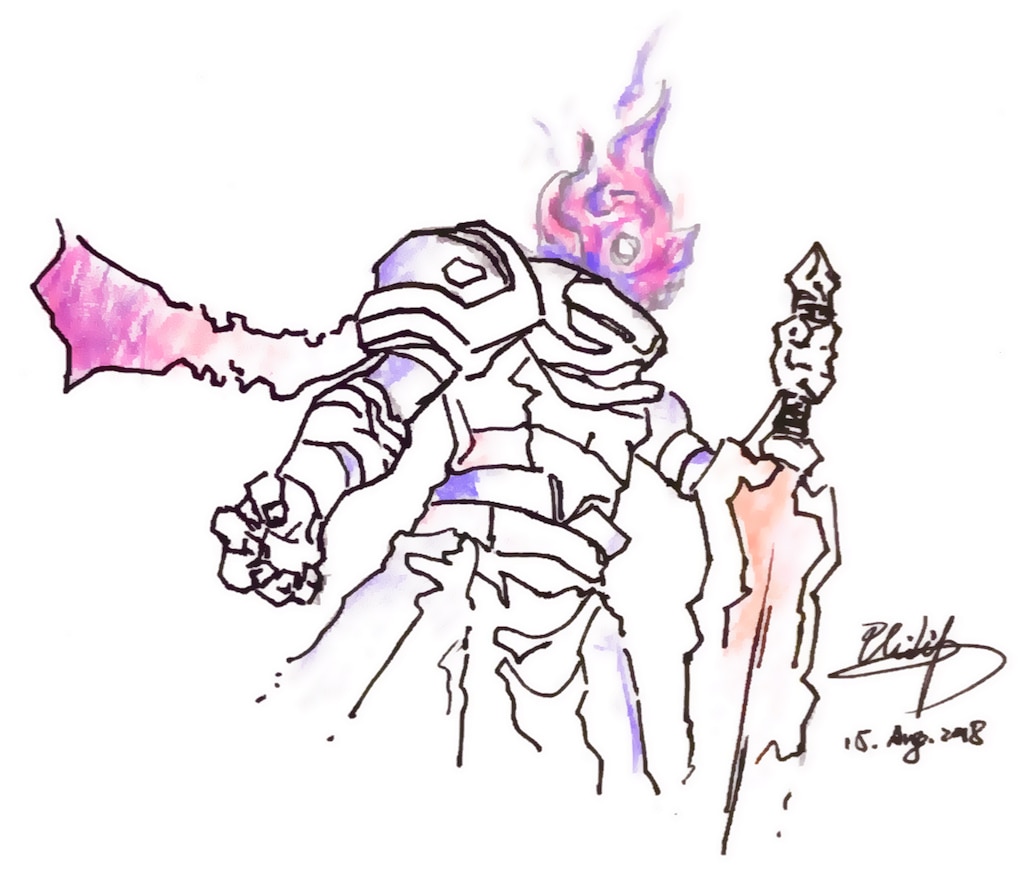 TragicalBump
View artwork
Is there a hide seed info option? Thought i saw that in some patch notes.
I have been looking around the options from the main menu and while playing and i cant find anyway to hide the seed info above the minimap. Was that not added for the PC version?
2

Undertow
20 hours ago
General Discussions
Who's a good boi? - Achievement
how are you supposed to get this one? thought you just had to finish the game without triggering the boio explosion at first. tried to pass the altar with a summoned shroom boi without sacrificing him after that and then finishing the run, didnt do anyth...
16