Say goodbye to waiting for episodes – Life is Strange: True Colors releases in full on September 10 2021.

Life is Strange: Before the Storm
1,581
87
Farewell interactables?
Is there a list somewhere of all the interactable objects for the Farewell?
3 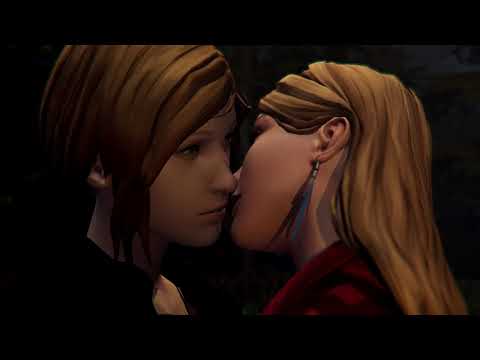 2
40
Life is Strange: Before the Storm Chloe & Rachel KISS 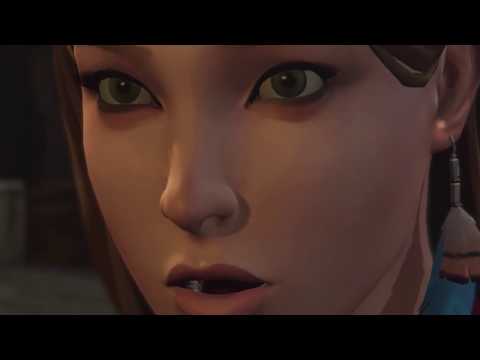 kosscorejz
Videos anzeigen
Isn’t it funny how people still hate on Chloe Price even in Life is Strange: Before the Storm?
Seriously, I spoke to some people who felt that David Madsen was the better person than Chloe Price. It’s stupidly insane. It’s like they can’t handle the fact that they were wrong about her. They either A, demonize Chloe and forget all the good things that she did and B, go through mental gymnastics to justify David and his horrible actions. I’m glad Life is Strange: Before the Storm showed us what Chloe has been through. People did the same thing to Kenny in Telltale’s The Walking Dead where th...
105 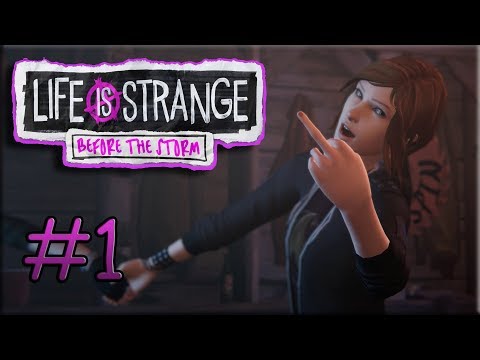 2
4
Life is Strange: Before the Storm #1 | КОНЦЕРТ FIREWALK 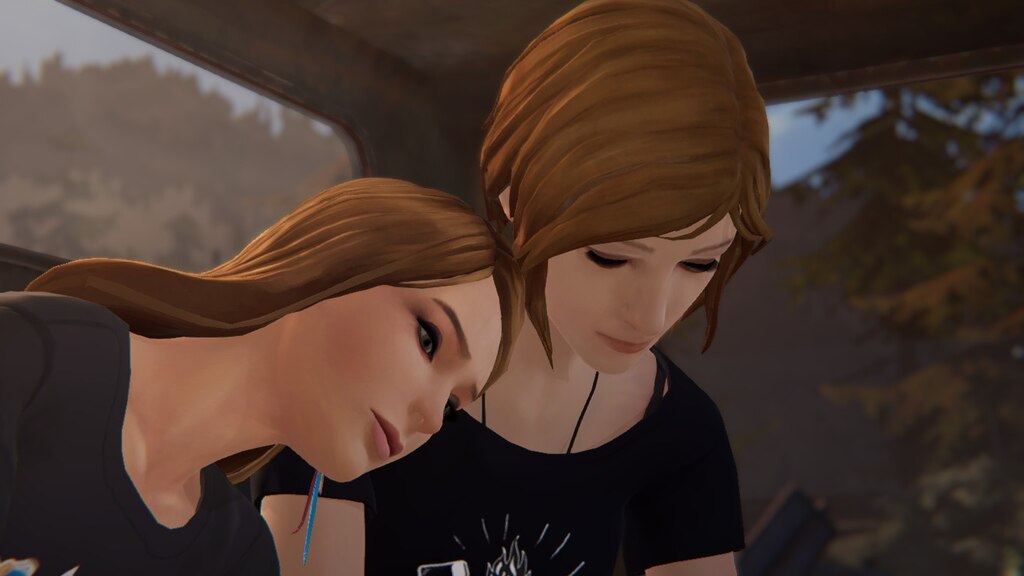 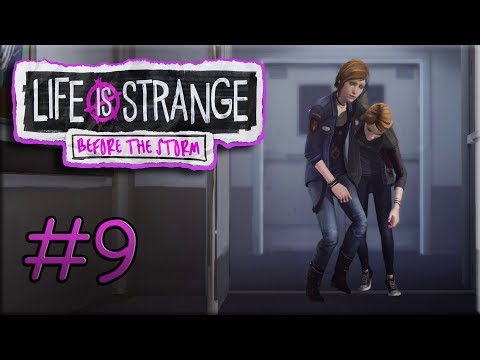 Empfohlen
10.8 Std. insgesamt
I should start by saying that I am a huge fan of Life is Strange. I loved the game and was completely captivated by the characters.

So, I had high expectations for Before the Storm. While I have enjoyed learning more about the events leading up to Life is Strange, I do not think that Before the Storm is nearly as good. It is a very passive game, with a high percentage of cut scenes. Game-play consists of you watching, watching, and watching. Then, interacting a bit, and watching some more. This is in direct contrast to the original Life is Strange where I felt like an active participant throughout the entire story.

The other major difference is that (unlike Max), Chloe is a hard character to connect with. I get that she has had some rough breaks but her persona is so manipulative and self destructive that her antics become painful to watch at times. Her sidekick, Rachel, is also hard to like.

Before the Storm is built with a different engine and the controls are improved. Actions are associated with buttons or keys rather than having to select and drag (as in the original game). Instead of photos, achievements are earned by tagging items with graffiti. There is a new 'verbal challenge' mode during which Chloe attempts to overpower others with words.

Like the first game, chapters can be restarted from checkpoints which makes the retrieval of missed collectibles very easy. The tradition of excellent art, music, and voice acting continues in this prequel.

I would recommend Before the Storm only to fans of Life is Strange who are looking for a return to Arcadia Bay and a revisit with familiar faces. Had I played Before the Storm first, I might not have been inclined to play the original game and would have missed its magic.

Empfohlen
12.0 Std. insgesamt
I have no words to describe the story / game!
If you played Life is Strange, you have to play this game, because it clarifies everything + I definitely recommend the bonus episode (it's very emotional)
The story can be so real, except for the small details, without which it would not be a game 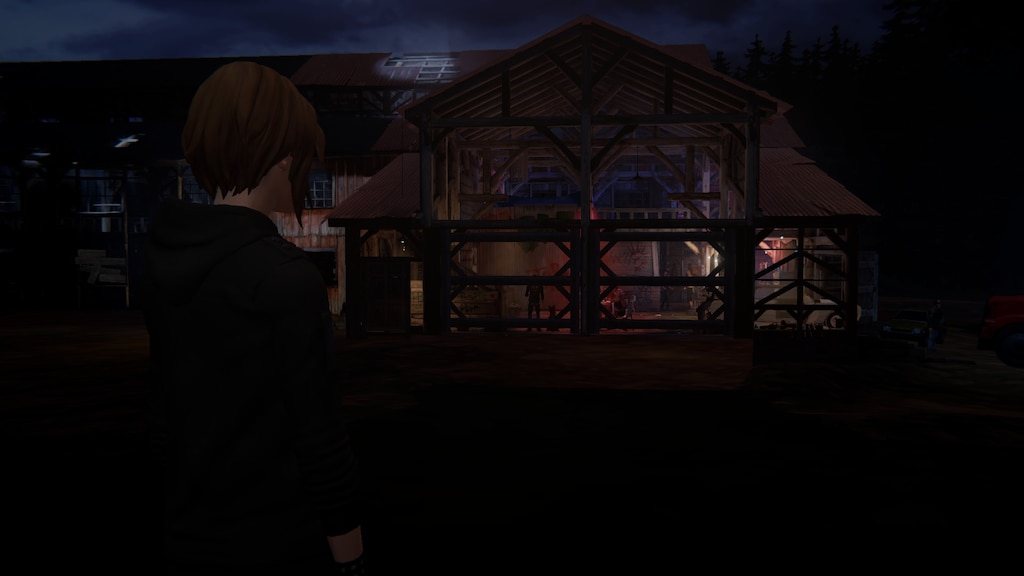 0
4
Sometimes you want to go but you can't go

Empfohlen
12.9 Std. insgesamt
Once more a Life Is Strange game has left me with conflicting emotions. While there is no doubt in my subjective opinion that this game earns its massive up, this game could easily have cemented itself as the top romance, drama, & adventure game of all time in my library, if it wasn’t for the fact that it is held back for being a damned prequel. Since the experience of this game is heavily tied to story/plot, my further gushing and raving will be mostly in spoiler tag. In short; Before the Storm > Life is Strange, Chloe x Rachel > Chloe x Max, atmosphere of Anger & Passion> atmosphere of Sadness & Depression, ♥♥♥♥ David, Chloe Price is my new favorite video game protagonist and I will probably buy any game that has a similar main character.

Hella Anger, Hella Passion!
So, the original LiS nailed sadness and was one of the first video games to make me cry. Which emotion did Before the Storm embody? I already gave it away in the headline, anger. Both intentionally and I believe unintentionally. Chloe’s anger along with the injustices that comes with being a teenager in one of the most unfair and unequal western countries is a constant undercurrent running through the game, but anger is a burning emotion… so while the original had trouble moving from the sad and depressing, Before the Storm has an easier time occasionally moving into happiness and a passionate puppy-love between our adorkable punk and the mysterious Rachel.
And damn, does Chloe have reasons to be furious. She is already a highly emotional individual, and even skipping the fact that her dad died two years ago, her mother is dating one of the worst kinds of people one can date while you still have a kid at home. David is disrespectful, “who is trying his best” which is a lie, because he needs to be in therapy, and he turns aggressive and physically threatening if he isn’t being respected… by a damn teenager. He has no respect for the rights of others and believes that doing one tiny little gesture of good faith means you should ignore him acting like an entitled little brat. If you relate to David at all in your interaction with young people -or god forbid your own kids- please remember to wear a condom. Maybe even get a vasectomy or the tubes tied.
Oh, and let us not forget her mom absolutely betraying her. Of course, not by screwing a new man, she’s entitled to that part like anyone. She is aware of David’s condescending ♥♥♥♥♥♥♥♥, witnessing him being verbally and physically threatening towards Chloe and she excuses it by him being “old fashioned”. When the hell did you get a free arsehole pass just by claiming you were “old fashioned”? And what does she do? Draw a line, tell him to get his head out of his arse, Chloe isn’t his kid and he has no right to treat her like ♥♥♥♥ or make rules for her? No, she actively encourages it. Which makes me lose any respect for that ♥♥♥♥♥♥, ♥♥♥♥♥♥ mom.

There’s a 52-48 chance, I am disappointed in YOU!
Now let us talk ending. One of the easiest choices in video game history, so why the hell did less than fifty percent pick the only option that can be morally defended? Let’s be clear, Rachel’s dad is not a good guy. He is a liar, elitist, classist, downright childish in his views on the world, and corrupt. (By the way, turning Lawyers into Politicians sounds like a really dumb and damaging system…) Nothing Chloe does can give Rachel a good, loving father, because she has a lying arse, who much like David-the-asshat, defends his bad behavior by trying to do the best he can. Though in David’s defense, unlike Rachel’s dad, he isn’t revealed to be a sick criminal on top of being an arse. So, with that being the case… WHY THE HELL DOES THE MAJORITY OF PLAYTHROUGHS HAVE PEOPLE CHOSING TO BE A LYING ♥♥♥♥ TO THEIR GIRLFRIEND?! FOR THE KICKS?! Does people really follow the idea that “Oh no, it isn’t the obviously harmful actions that is the problem. It is people find out about it.” “The problem isn’t you dad cheating on your mom, it is you telling your mom you saw him plough his assistant.” “The problem isn’t the government illegally spying on its citizens and spreading nudes around the office for fun. It is those damn whistleblowers.” “The problem isn’t people being racists. It is you calling them racist.”… Or in this specific case. “The problem isn’t your dad injecting drugs into a woman against her will. It is your girlfriend telling you about it.” ♥♥♥♥ off with that ♥♥♥♥, the arsehole should be in prison not just have his daughter be mad at him. Too many people believe lying is beneficial and it makes me sad...

Prequel:
It has to be said though, this game suffers for being a prequel for a variety of reasons. 1) It changes the way you make choices, because you know for instance that Nathan is a monster. You may still save the freak from being bullied, but you will tell the girls to give up on him, even if it otherwise goes against your moral compass. 2) It is infuriating knowing what will happen to the main characters afterwards. 3) Rather than ending a bit earlier on a much better note, it just has to end with a reference to what happens in the next game. (I hope someone pees in the cereal of everyone who ok’d that last decision, because it limits the fun factor of replaying this as a standalone)

High speed emotions. High speed love
Okay, but onto happier parts. I am a sucker for adorkable gay fluff. And sure, Rachel and Chloe’s relationship are like, Disney levels of fast, maybe even Shakespearean levels of fast. But Chloe is an emotional girl, and I can totally buy she is the kinda girl who falls in love with someone at a party and falls hard. I saw plenty of people having rollercoaster relationships over days or weeks. Unfortunately, I didn’t experience it myself, but it feels totally in character. On a sidenote. I would totally buy a game where that part was the focus, just a romance with two dumb gay kids getting into teen drama and ending up with them driving off in a car. Rachel and Chloe have so much chemistry, and they feel much more evenly matched than Max and Chloe. 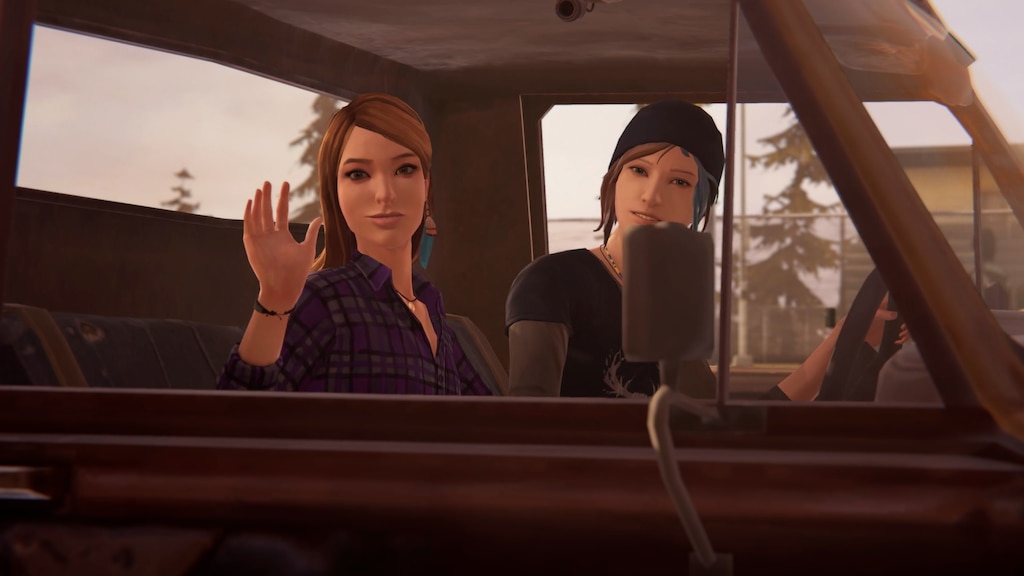 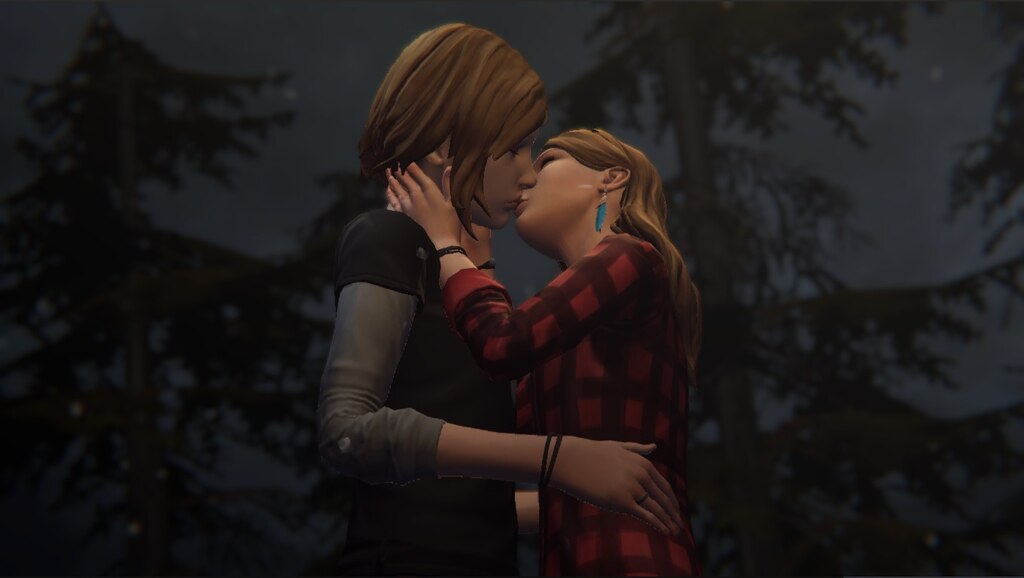 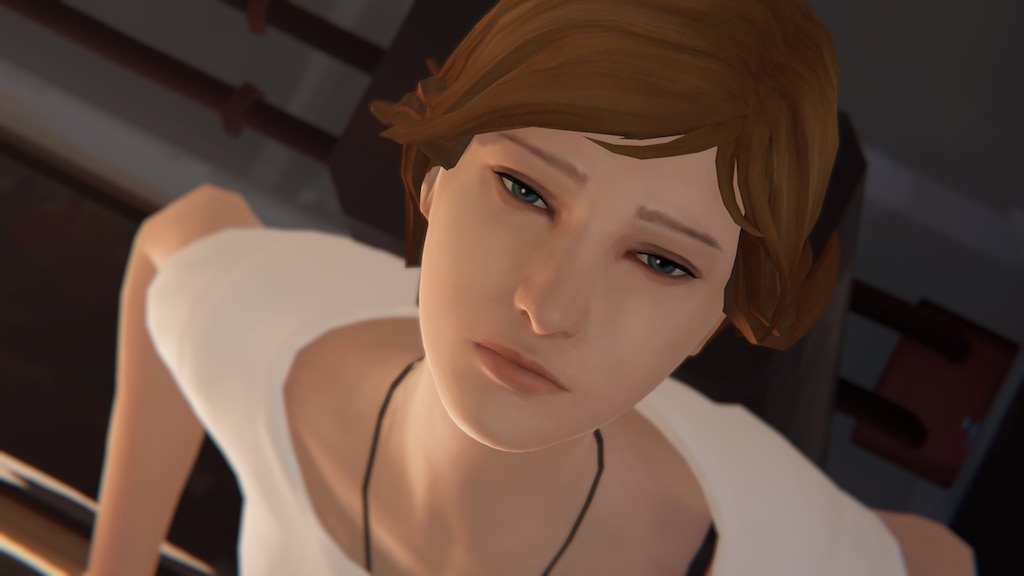 How to play the Dress Up Chloe minigame!
For the most part, this game doesn't come with instruction manuals, yet it is hella amazeballs the fact that very few people figured out how to change Chloe's clothes to their liking. This guide serves to clarify what you should be doing so you can have fu... 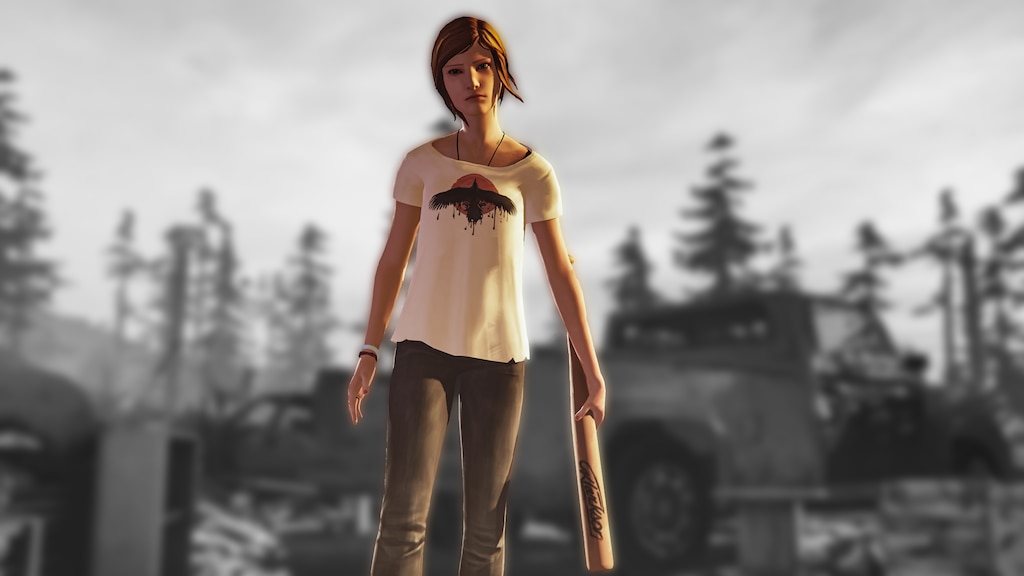 100% Walkthrough. I literally hold your hand
This guide holds your hand. It'll show all the necessary actions needed to complete Life is Strange: Before the Storm with all 34 achievements. All the choices that aren't presented here, are up to you to decide! Ownership notice: Please, feel free to ... 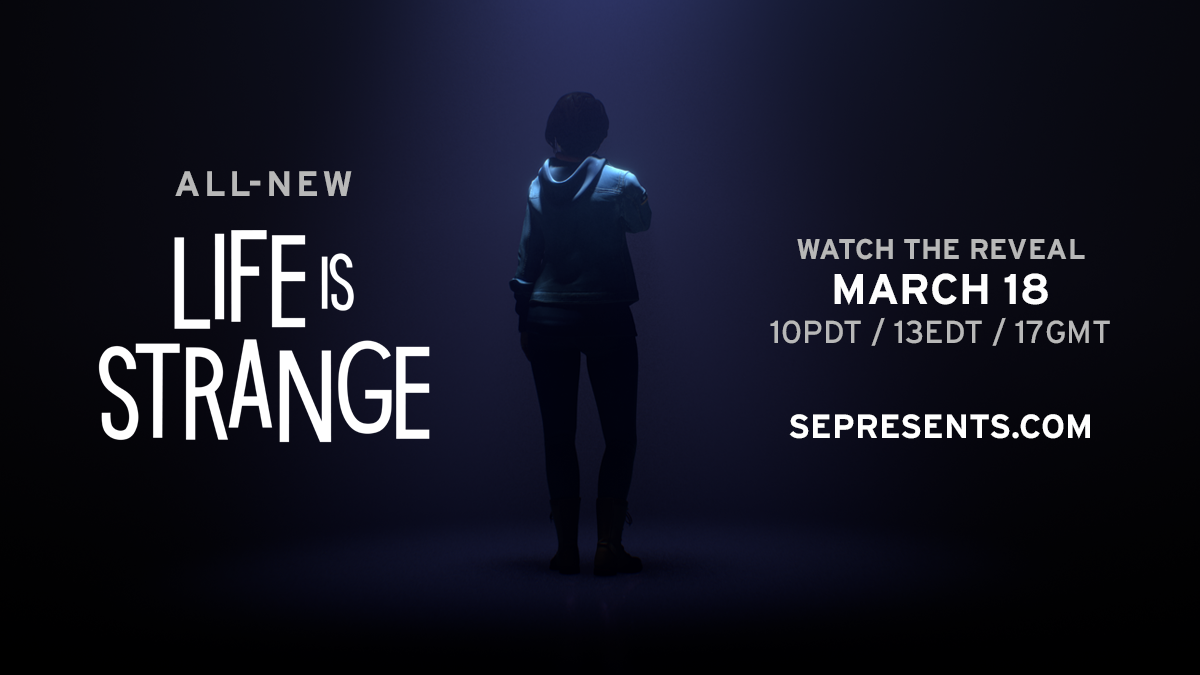 Life is Strange: Before the Storm
2,854
209
I can't buy deluxe upgrade... what could i do?
I bought the game and all episodes, but i don't bought deluxe edition, so i want to buy the last chapter "Farewell" but i don't know how... need i buy the game again? that sucks.
23

TheIntelloBox
23. März um 11:00 Uhr
Allgemeine Diskussionen
Rachael is terrible.
The title probably caught your eye and you're already angrily typing a response without reading anything i have to say, but whatever. Rachael is pretty manipulative to Chloe throughout the game. she drags her along to the park for her own purposes under the guise of hanging out, uses her to steal alcohol from some random couple in the park, lets Chloe take the blame for skipping school and get expelled and doesn't even have the decency to feel bad about her "friend" potentially ruining her future. She pus...
117