Containment Initiative is a local co-op VR shooter which can be played by two people on the same PC. Kill zombies alone in VR or have a friend cover you by using the mouse and keyboard. Features include realistic weapon reloading as well as a variety of unlockable guns, upgrades, and loot to find.
$9.99
Visit the Store Page
Most popular community and official content for the past week.  (?)
Containment Initiative 1.73 Released
4:50am
This morning I've pushed the 1.73 update for all players. The main addition in this update is Steam Achievements. Now, long time players will have some additional challenges to overcome and something else to strive towards. I plan on adding more achievements over time, so if you have ideas for one that you would like to see in the game, please join the Discord [discord.gg] or feel free to post in the Steam forums.

The game now has full support for Steam Achievements. I've included 12 of them in this update, with more to follow in subsequent updates. 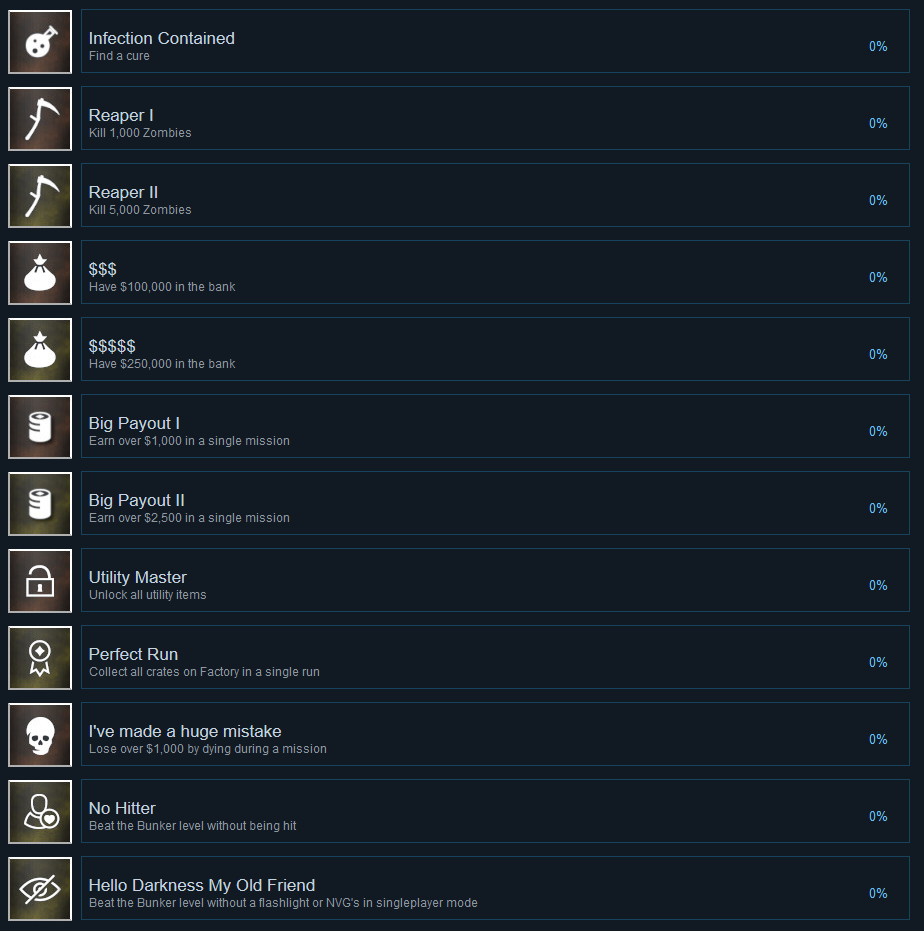 This update also includes volumetric lighting in various places. The most noticeable area would be the flashlight attachment. Factory has also had some lighting upgrades as well:

The game was originally developed using the HTC Vive, which has a grab button that clicks. The toggle made the most sense in the past. In this update, I've included the ability to toggle this behavior so that you can hold the grab button down and let it go when you want to drop the object instead of clicking it again. This should be a huge benefit to Oculus users in particular.

In the next update I plan on majorly upgrading the two defense levels so that they are on par visually with the rest of the game. They haven't gotten the same amount of attention the other maps have and have mostly remained unchanged since being introduced back when the game was in Early Access. There are also some additional QoL changes I plan on introducing as well, with the main one being allowing the player to adjust the holster position.

I can confirm that I am working on sequel to the game and will hopefully have more to show/talk about regarding it in the near future. I've posted a few preview videos on the Discord channel, so use the link above to join if you would like to check them out.

Thanks for playing, and I hope everyone is staying healthy and safe!

Containment Initiative
1
0
Headset or Gaming problem?
Hi, I have a htc vive bought in 2017 when I retired but not used until this Covid-19 so since March I have been using it every day. I did not have any issues using it with this game (which is great by the way). I had a notice today that Steam had installed an update. Now when I play this game the headset flashes like there is lightning, (sometimes only half the screen slashes) and in the night it looks like stars twinkling. When the headset flashes I also loose sound, then once my eyesight went into doubl...
6 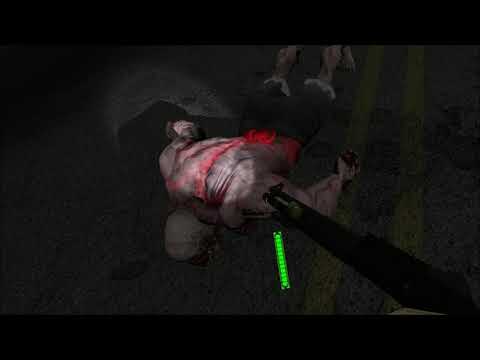 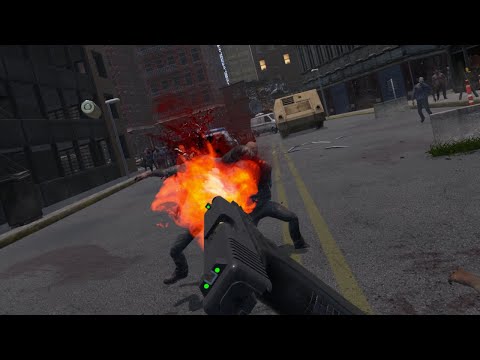 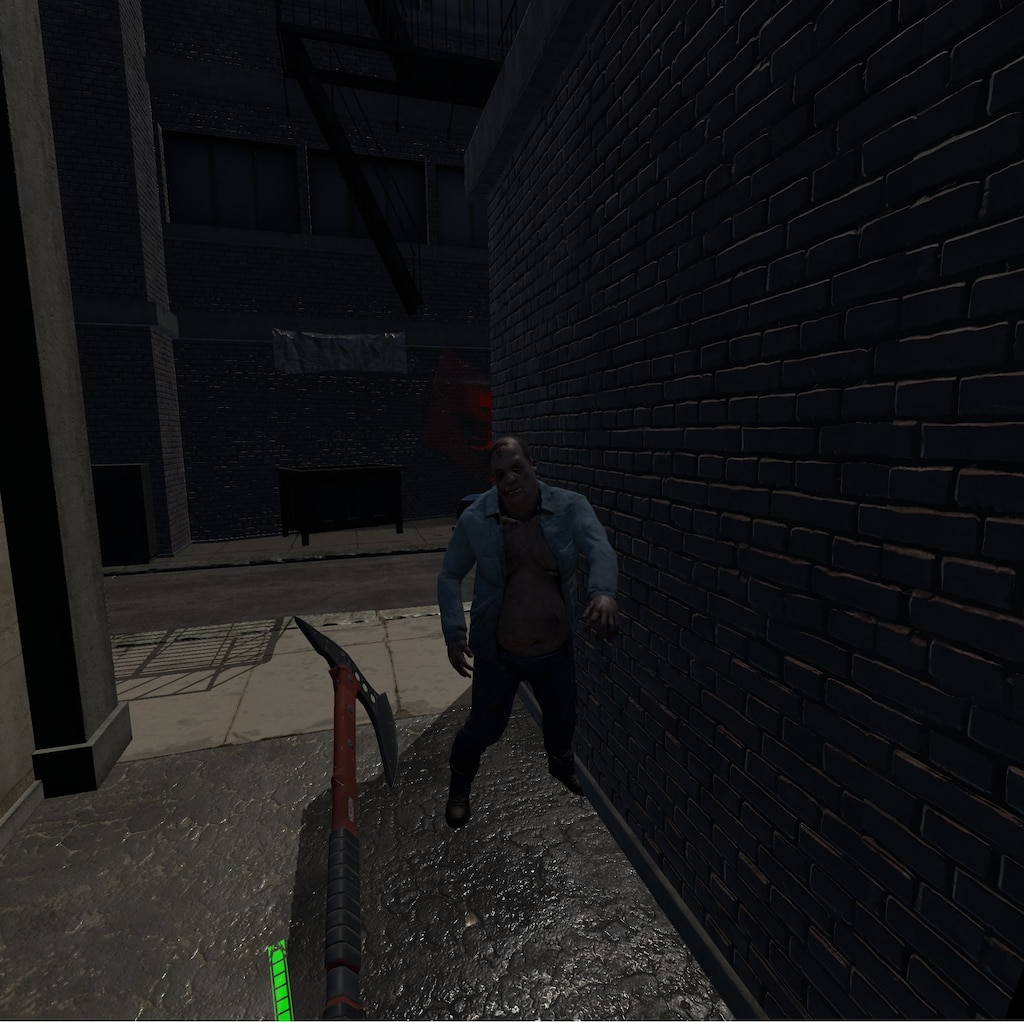 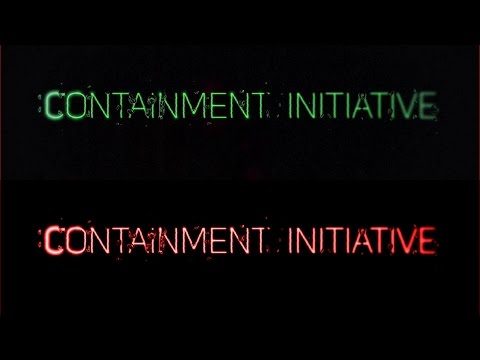 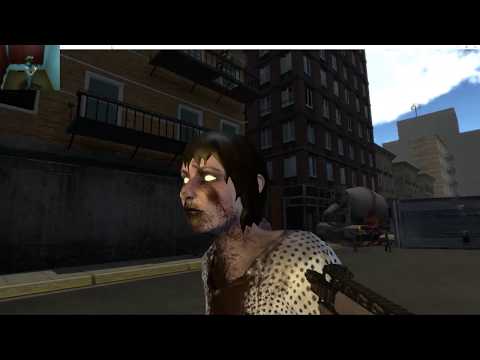 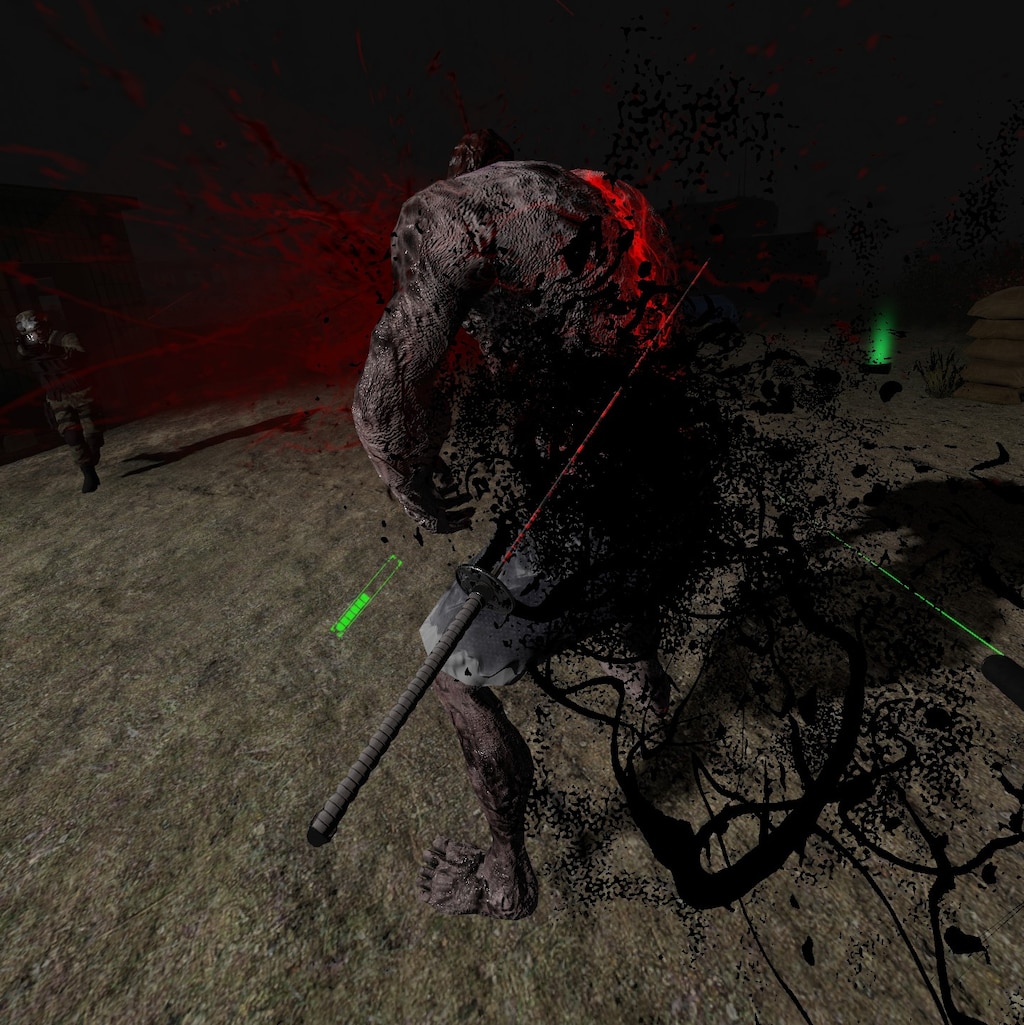 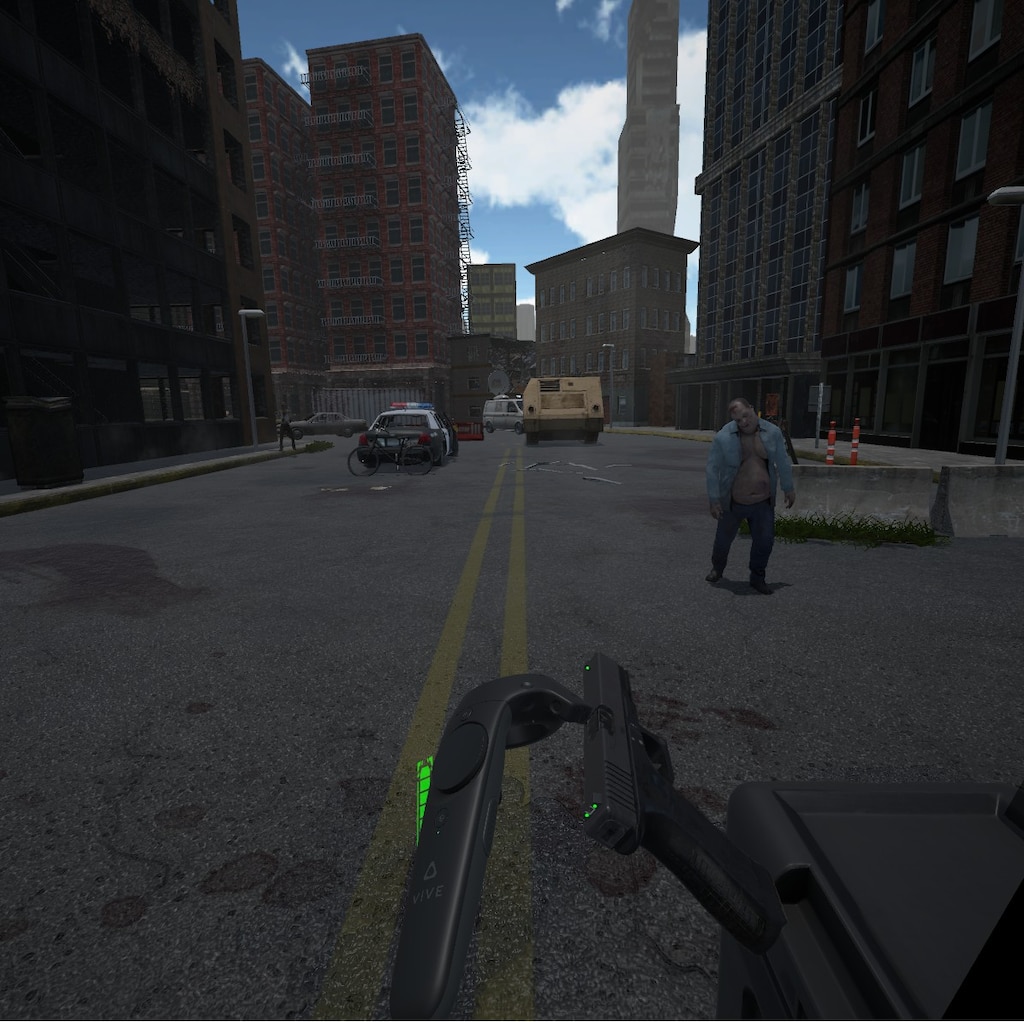 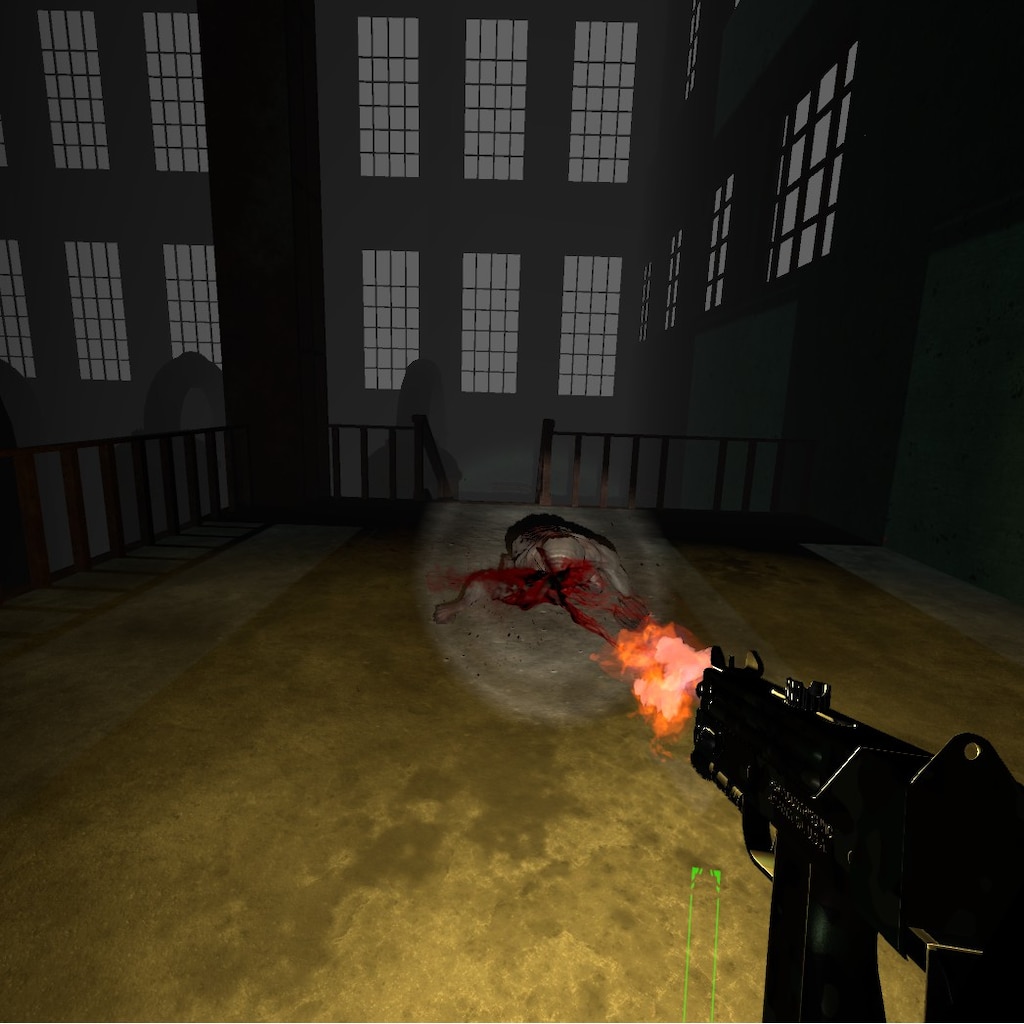 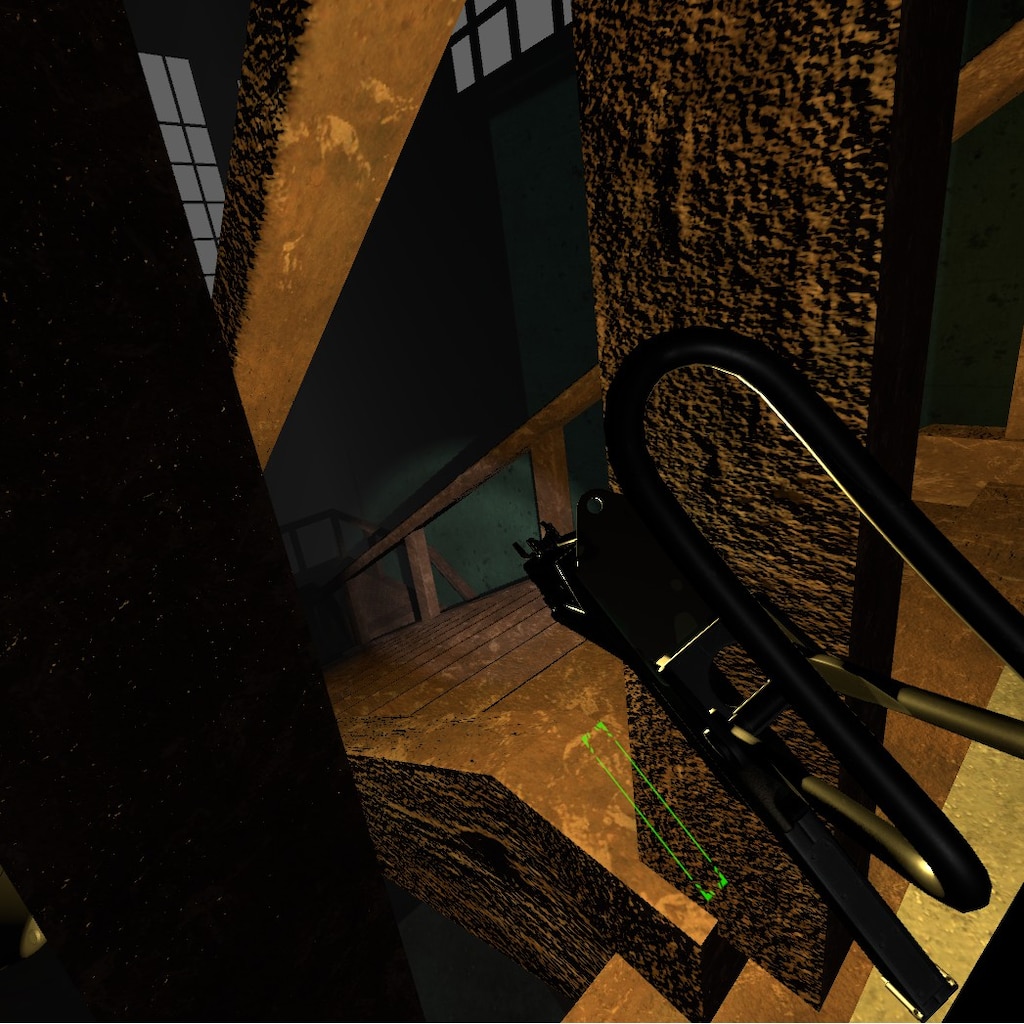 Marauder03
View screenshots
Doesnt connect to VR on startup
Hi all, I have the Oculus Rift S and just a few months ago this game worked perfectly. Now when I launch it up it just shows "out of bounds" on my pc and I see nothing on the VR, the only thing that indicates the game is working is the background noise/music. This is the only game I have this problem with on steam and Oculus store. And yes I am not actually out of bounds. Anyone have suggestions?...
1

Rev3rEND
Jul 7 @ 10:56pm
General Discussions
Weapon Crates
So I’m trying to get the attachments for my weapons but I can’t get enough weapon crates from the mission rewards alone. Is there any way to farm them?
12

GrillsyJ
May 19 @ 5:19pm
General Discussions
Post Feedback here
Tell me about how much you hate the game, or if you like it, thats cool too. I'll be checking this often to make sure I include what I can in future updates.
124

CIDev
Apr 5 @ 10:12am
General Discussions
No one has rated this review as helpful yet

Recommended
3.6 hrs on record
I got it on sale and I really recommend it.

Recommended
13.7 hrs on record
really fun and especially atmospheric game. the selling pint for me with this game is the ability to play with someone else on keyboard and mouse. really good for playing with the kids. really fun zombie shoot-em-up. not bad replayability either