Already a massive bang for your buck...or whatever folding stuff you barter with SteamHammerVR is now 50% for the Steam Summer Sale.

Never has becoming a Steampunk Hero been more affordable 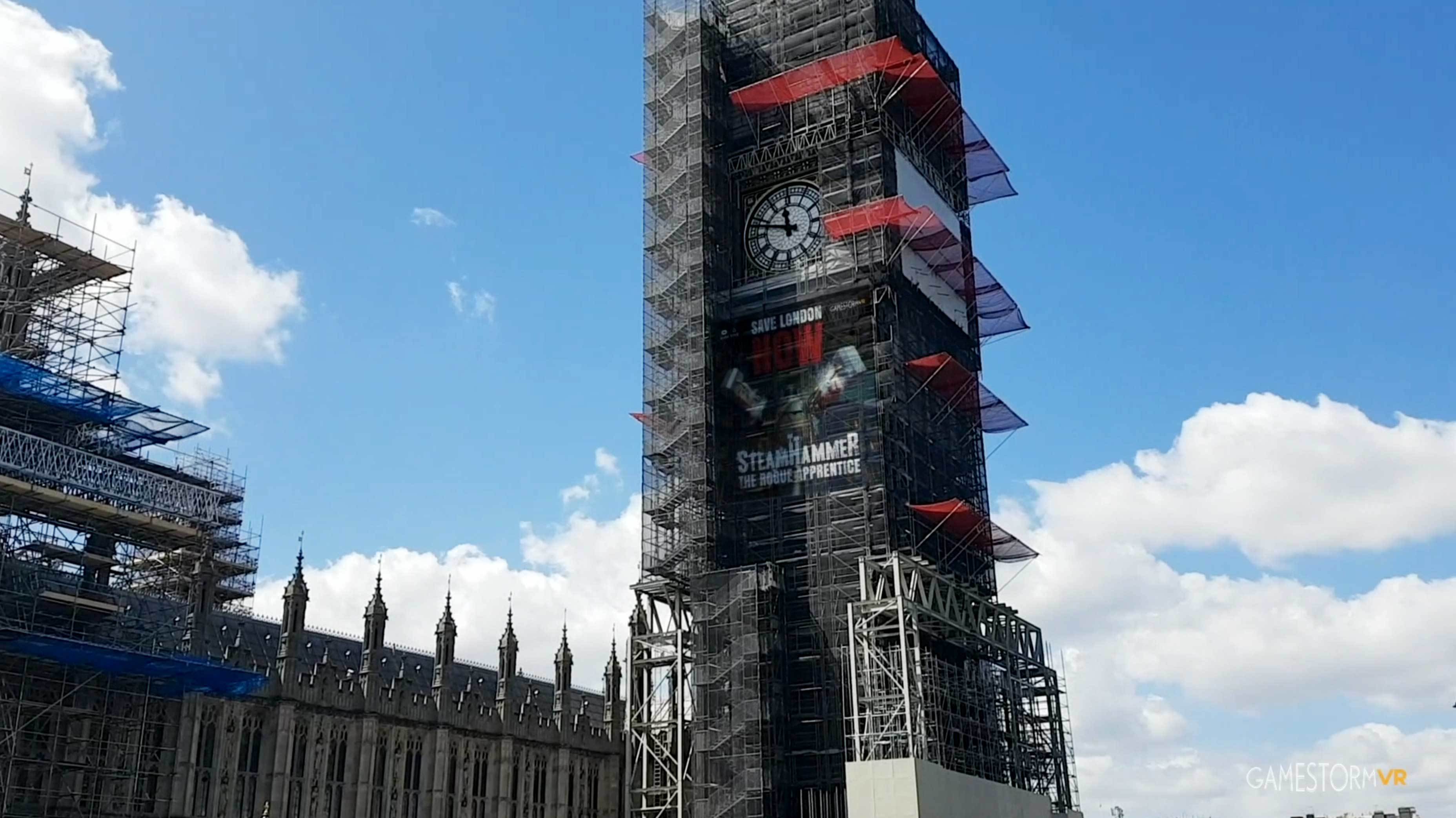 Anyone you speak to that has been on the epic quest of making a video game will tell you that the marketing is by far the most difficult part of that journey.

Embarking into game development for the very first time and with no existing user community waiting for our release, we were well aware that we had a tough task to be heard above all the noise of other more well financed and seasoned distributors.

So we tried to do everything right, we released footage and trailers at every step of the development, we set up on social media, we reached out to the gaming community. 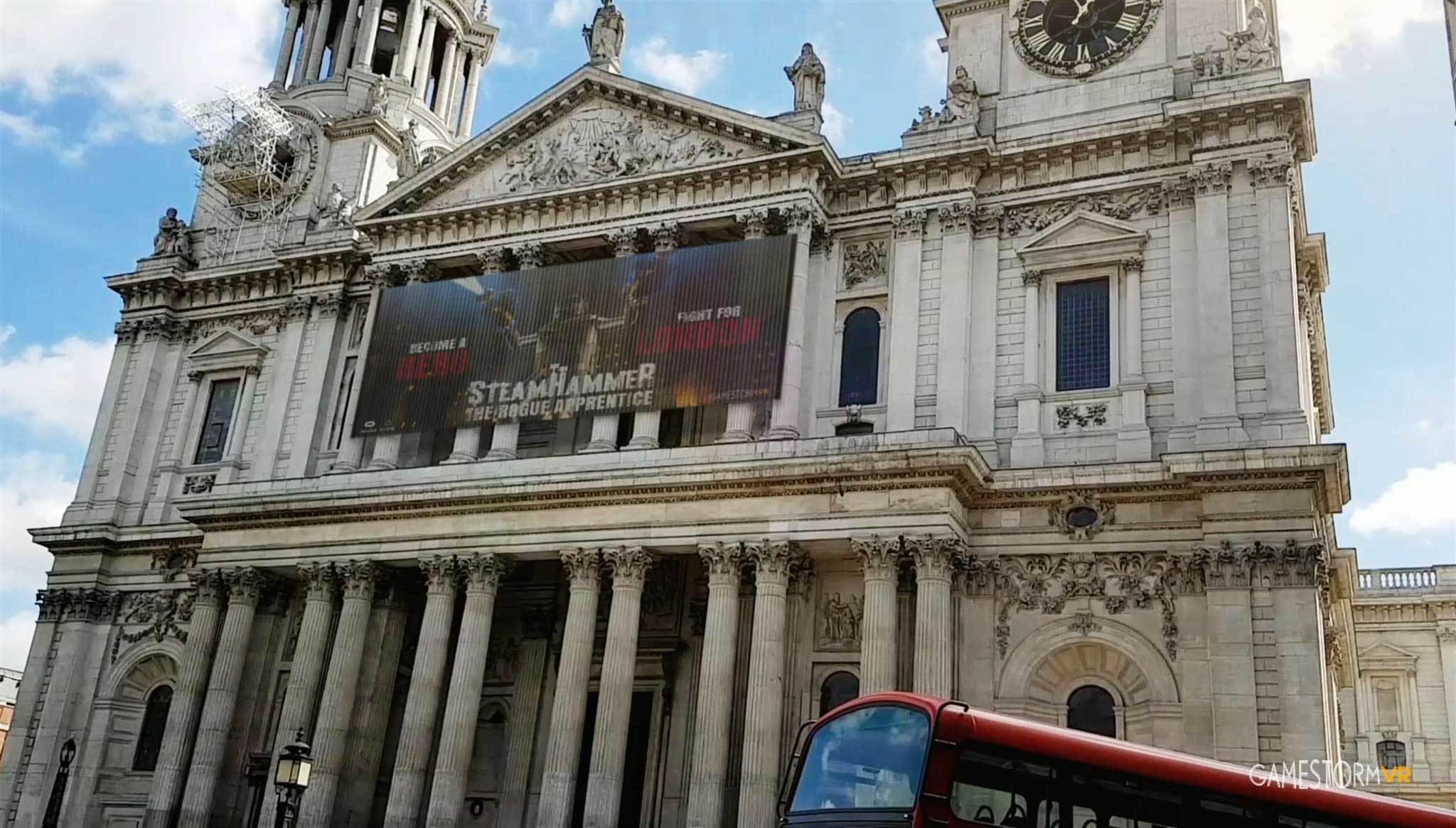 The truth is that we are at a time in history when we have never had so much digital media available; so when an independent game developer like GamestormVR releases their offering it is not so much that nobody cares but more a case that nobody can hear you.

“In the Entertainment Media Space, no-one can hear you Scream!”

In our case, we ended up spending everything we’d raised to make the game which meant we had nothing left to market the thing….until now!

By hook or by crook we knew that we had to tell the world about our creation and hell, if Disney spends mega bucks marketing an established franchise like Star Wars, and they do, then you can be damn sure that a small outfit like us needs to go BIG or die trying to be heard. 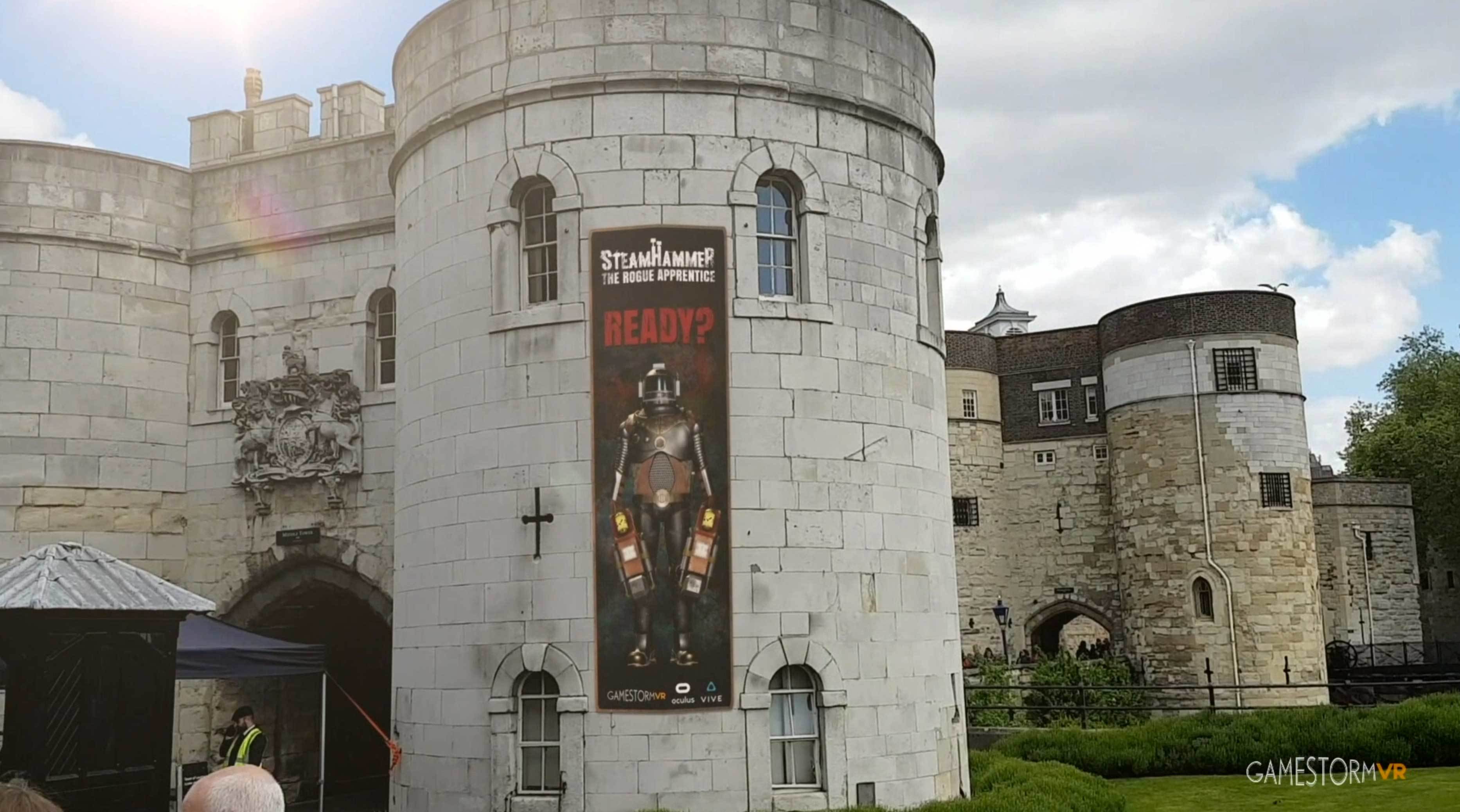 So having sold stuff, begged and borrowed and pimped out the better looking members of team, we came up with the princely sum of £98,423.50. Okay it’s not £100K as advertised but hey! cut us some slack, we’re working here ok!

Then we went BIG, We blew the whole damn lot in one day advertising at the locations featured in the game in the city of London, England.

Here are the highlights How We Blew £100K ON Advertising in one day! 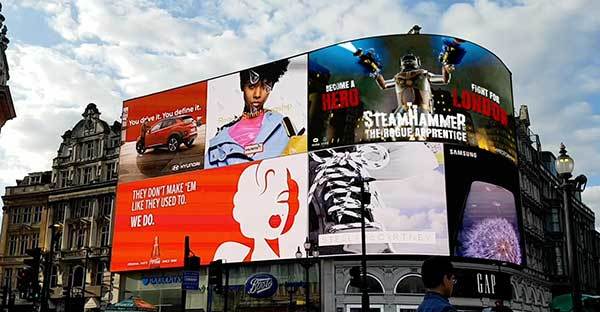 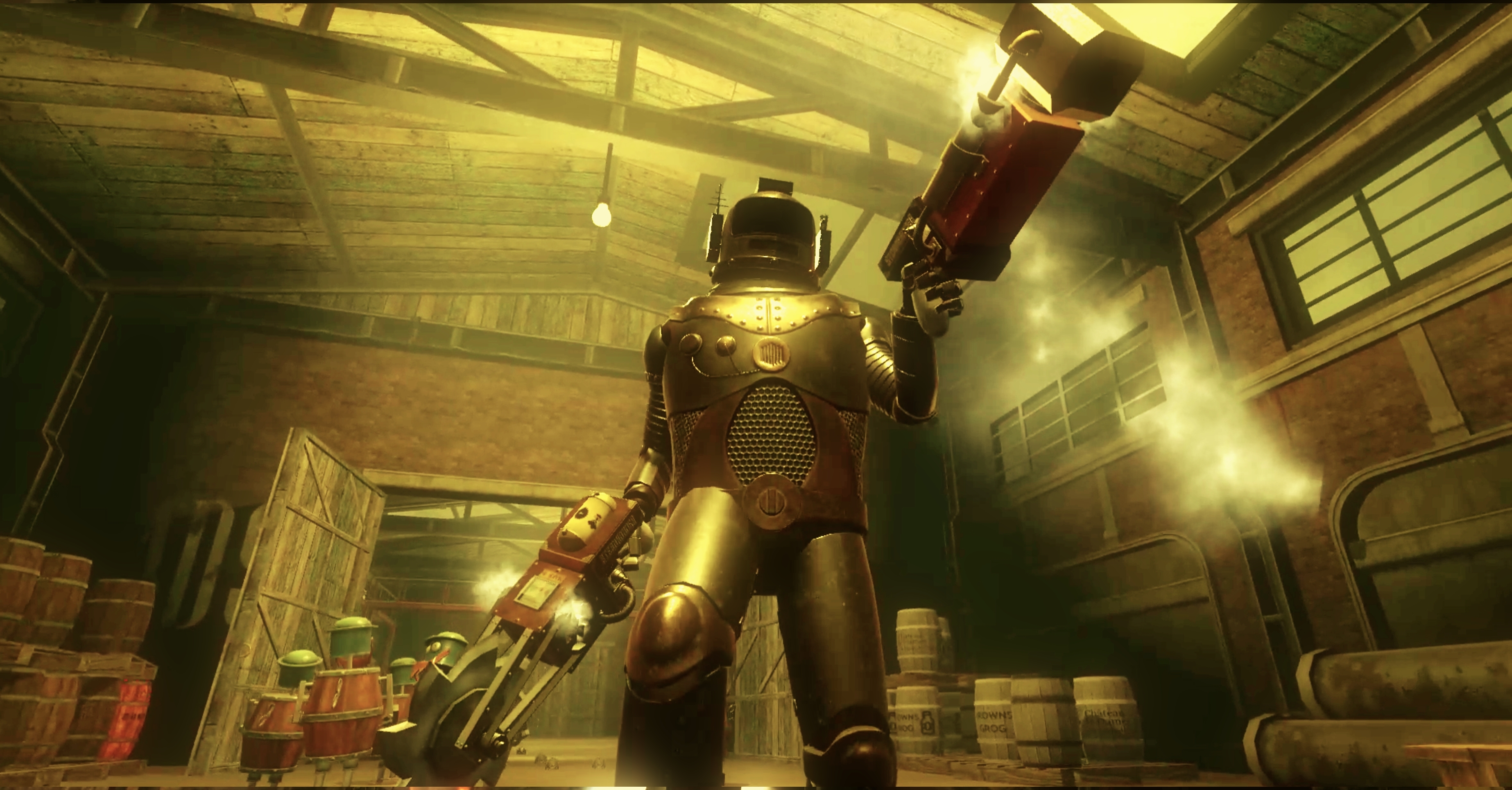 Now the hero is complete! You are the SteamHammer fired up in all your steampunk glory with a fully functioning exo-suit armour. 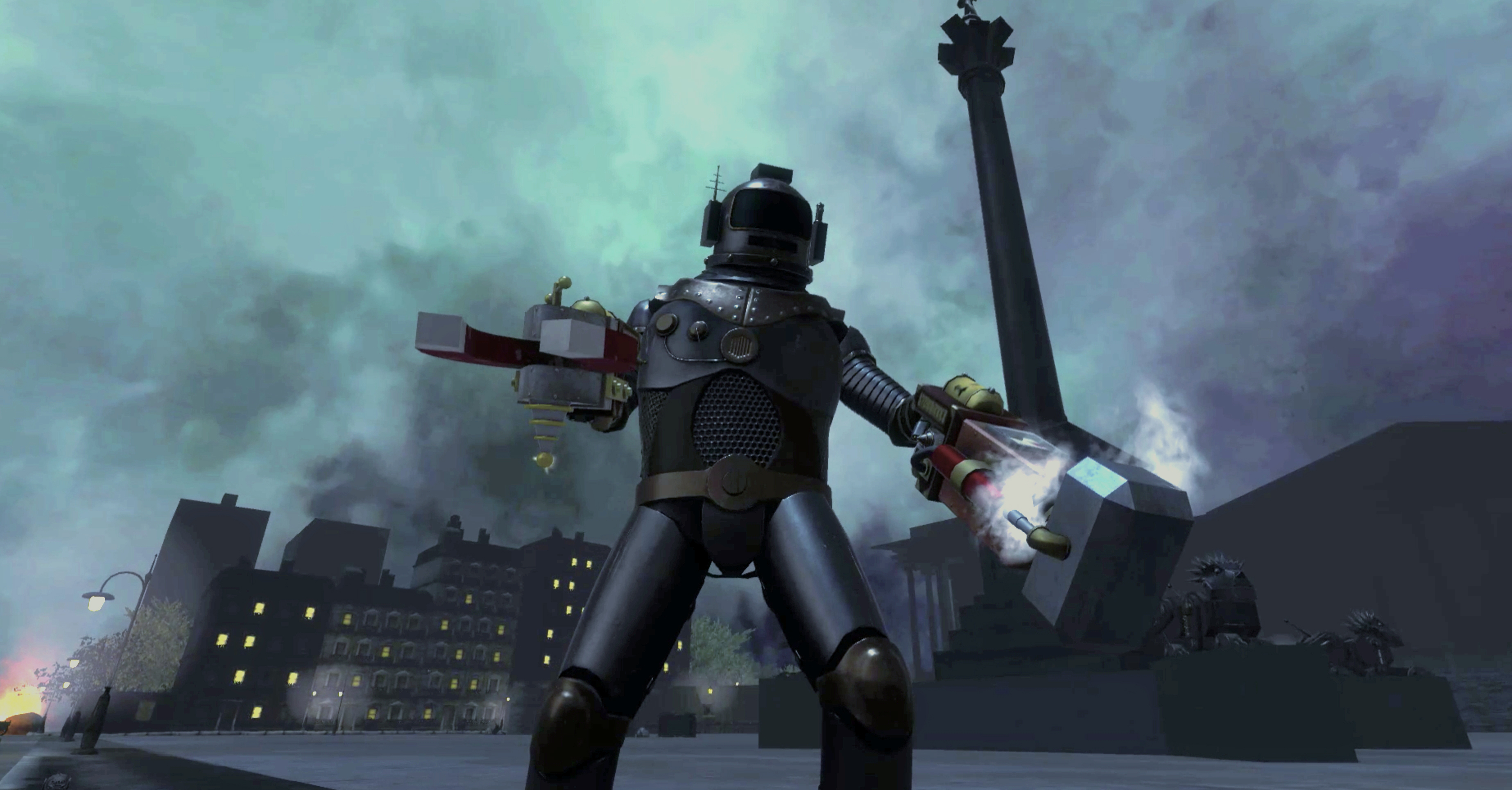 Choose your favourite camera angle to watch all the action by pressing buttons 1-6 on your keyboard or simply leave it in the default automated 'Director Mode' which cycles all the camera views. 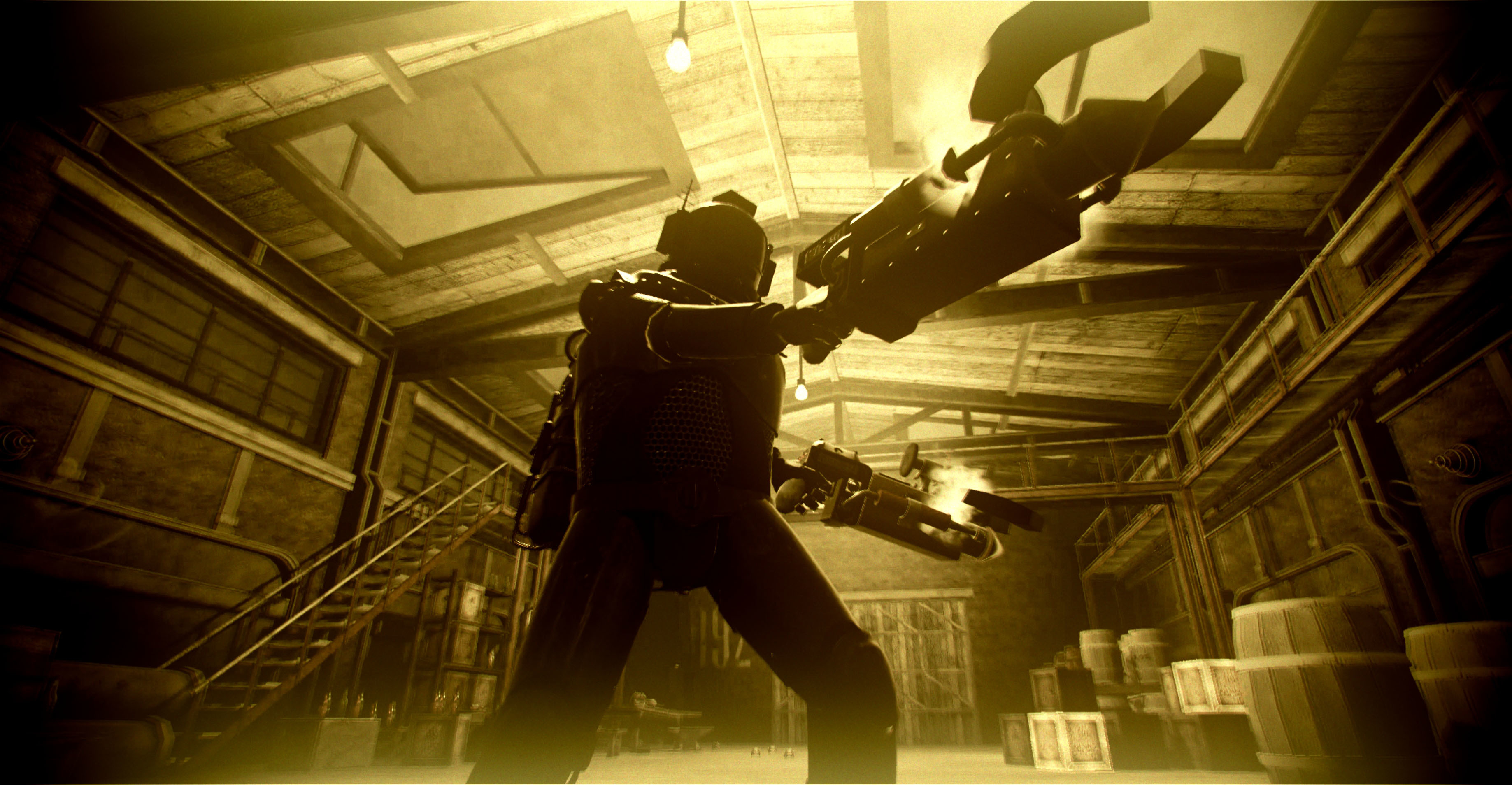 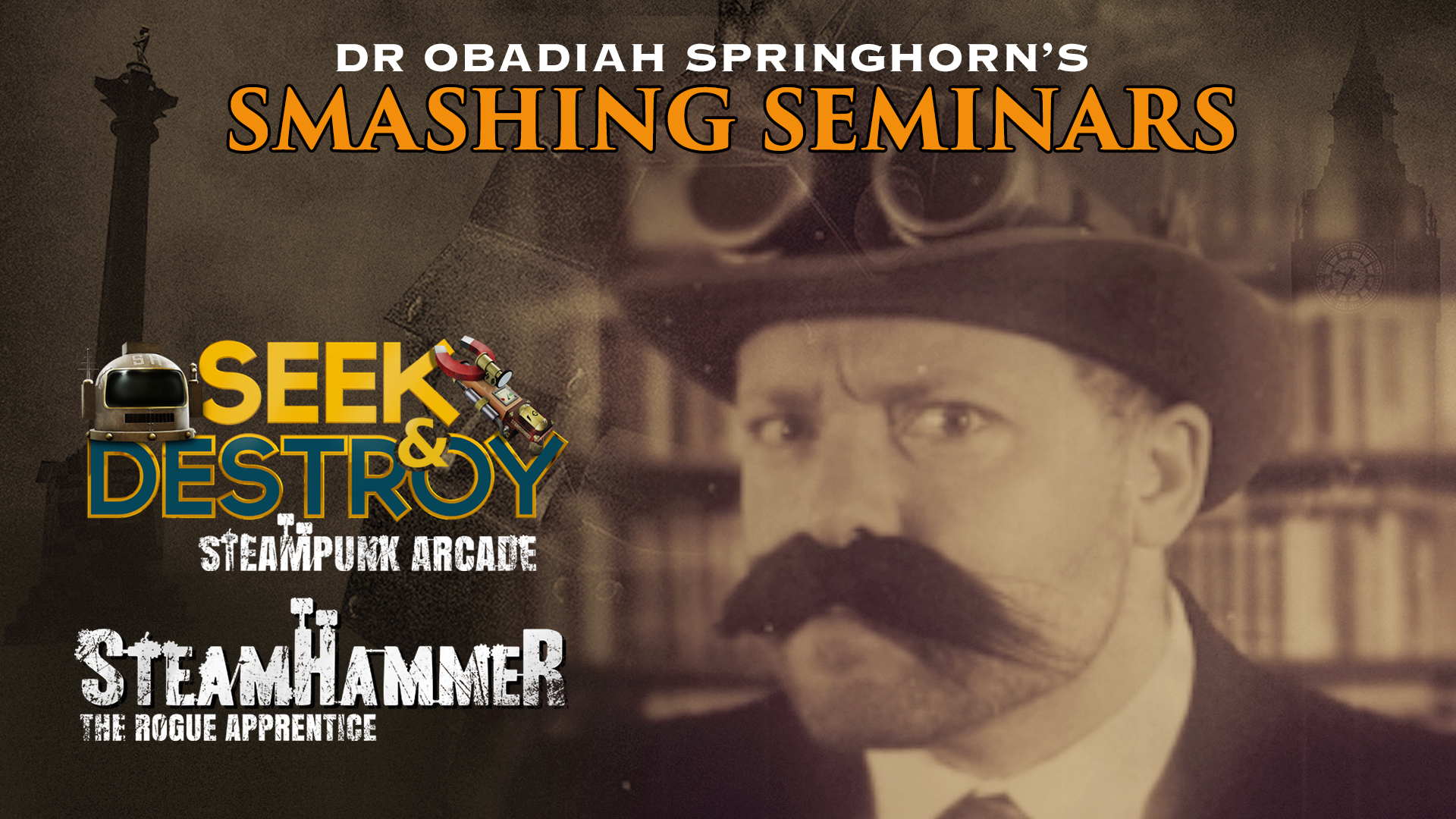 We are delighted to inform you that the original, definitive and indispensable masterclasses from Dr Obadiah Springhorn for all apprentices practising in the the art of SteamHammer weaponry wielding are now available here:

Now, if you prefer to go proper old skool you can watch all the seminars in historical low definition black and white in the comfort of the newly refurbished Hordenburg testing range now equipped with a one of a kind steam powered, big screen TV!! 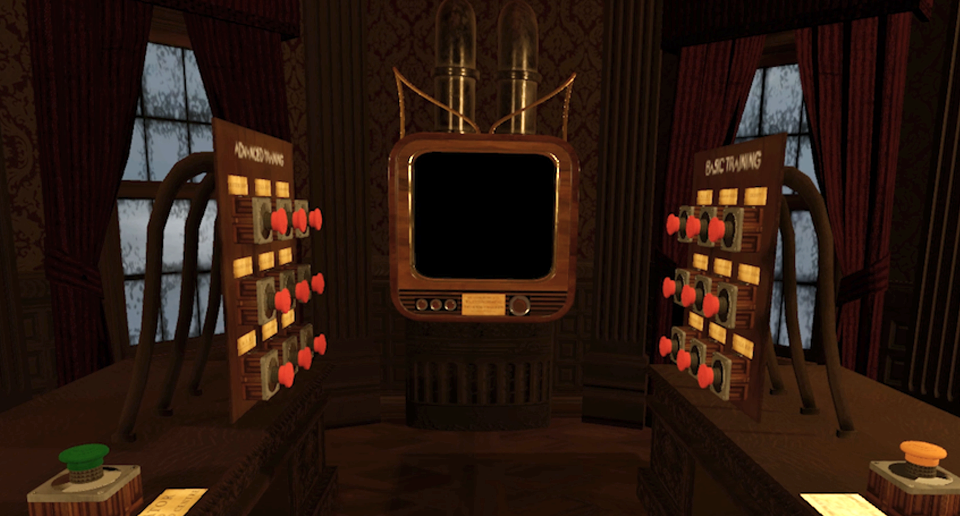 Your host Dr Obadiah Springhorn merrily muddles his way through an armada of alliteration with lots of very useful broadcasts for both for Basic and Advanced Training.

These are an absolute must if you are truly to become the SteamHammer! 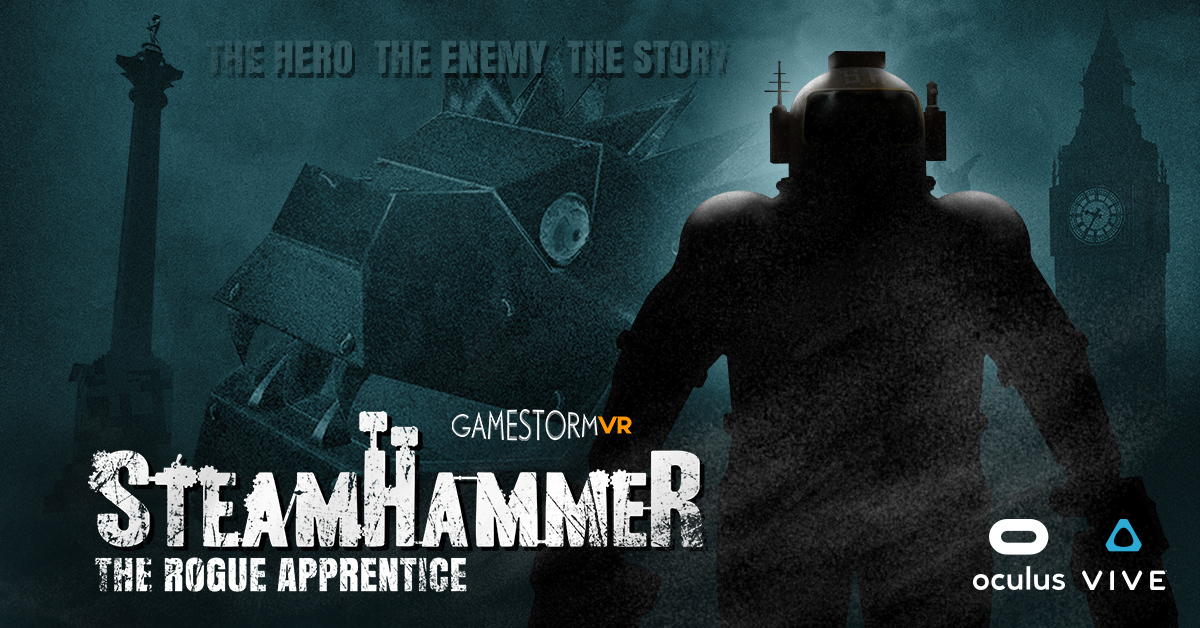 If you played SteamHammerVR[steamhammervr.com] prior to the 1.5.0 update then you simply have not played it at all.

The game now features as its default, total free movement which can also be used alongside the historically accurate Springhorn Magnetic Attraction Rapid Transport system (S.M.A.R.T)

Along with the option of blink teleporting we believe that this improvement is a complete game changer to the SteamHammerVR experience.

We are also extremely proud to announce that in version 1.5.0 the game is fully tested and compatible with the amazing 3dRudder[3drudder.com]

Adding free movement not only changes the dynamics of the gameplay but it also allows you now to truly examine and appreciate the level of detail in the game design...not to mention a fair few Easter eggs.

This update also marks the completion of every single improvement that the community has asked from our team, we listened and we followed through on every promise we made, not only to complete the full game but continued to make all of the changes that people asked for.

All we ask now is that the community actually plays the whole game, review and feedback to our team and most importantly share your journey as the hero in this adventure with the wider VR community. 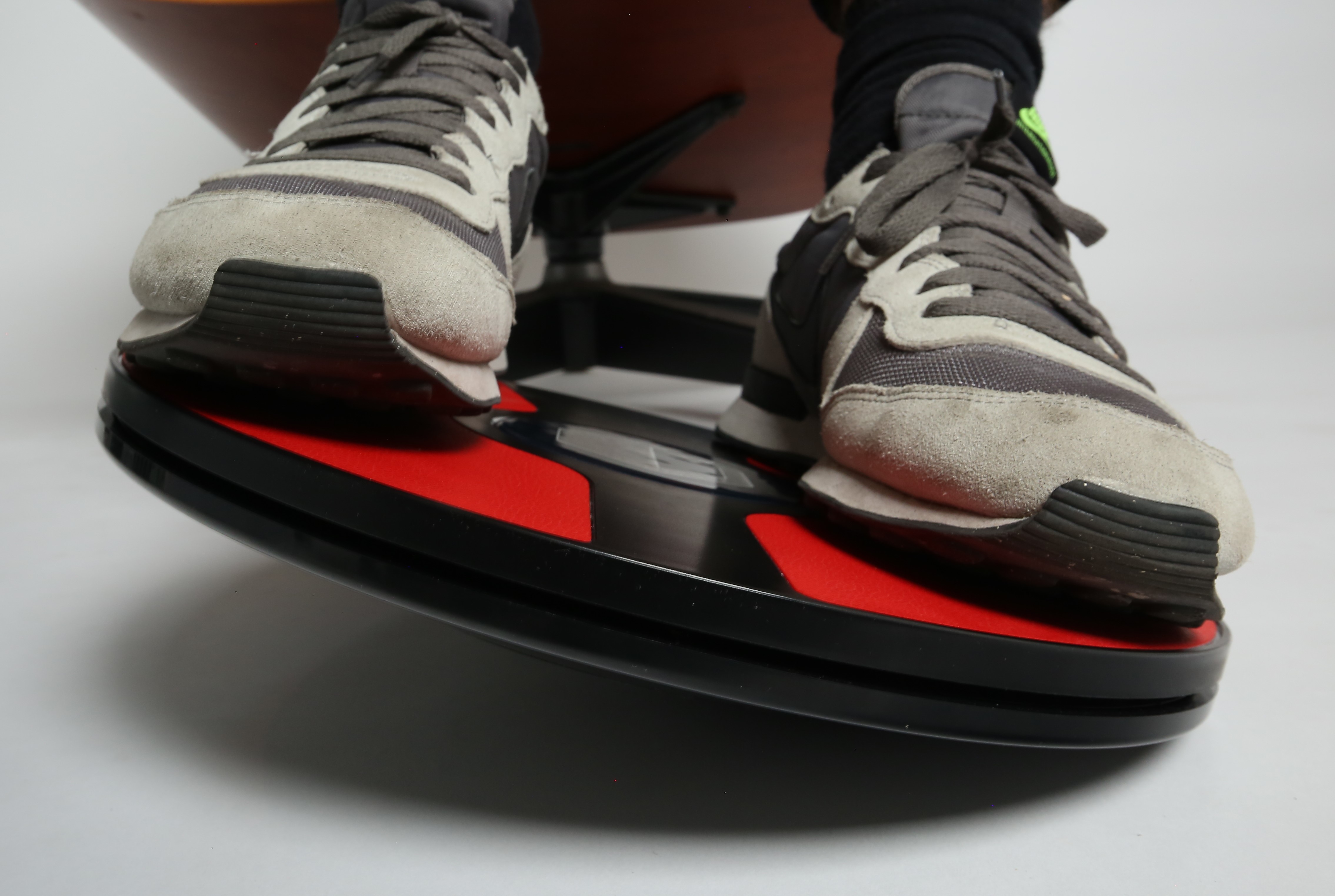 We are pleased to announce that in the next update that we will be adding the option of free movement.

Teleporting V Free Movement is a subject under great debate and whilst some users get very cross if they cant move freely, for others this can cause extreme nausea.

Our original S.M.A.R.T movement system will still remain the principal and recommended form of locomotion in the game and as included in a recent update there is the option of 'blink teleporting' while using that system.

In addition to the option for free movement we will also be adding compatibility for 3dRudder[3drudder.com] 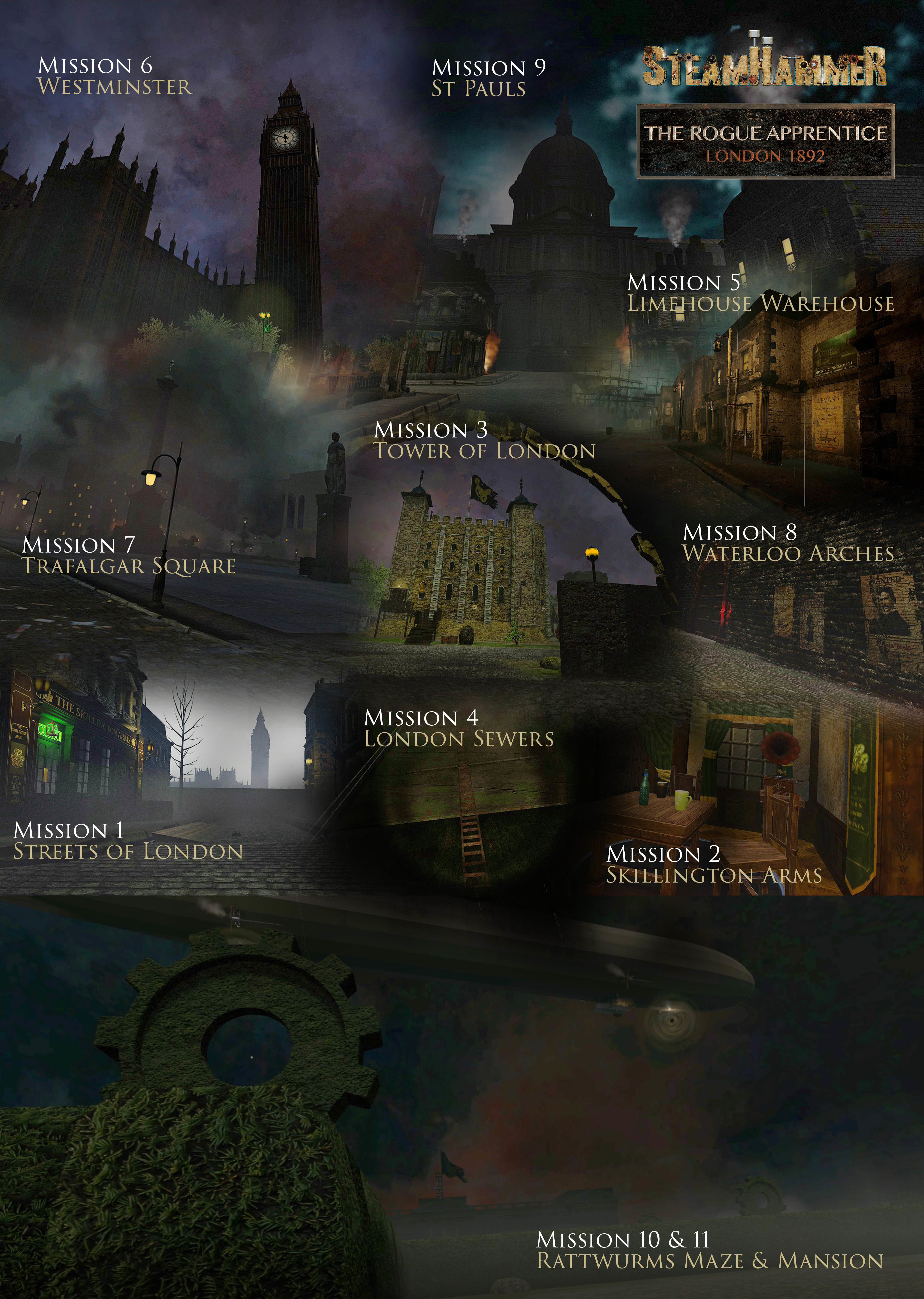 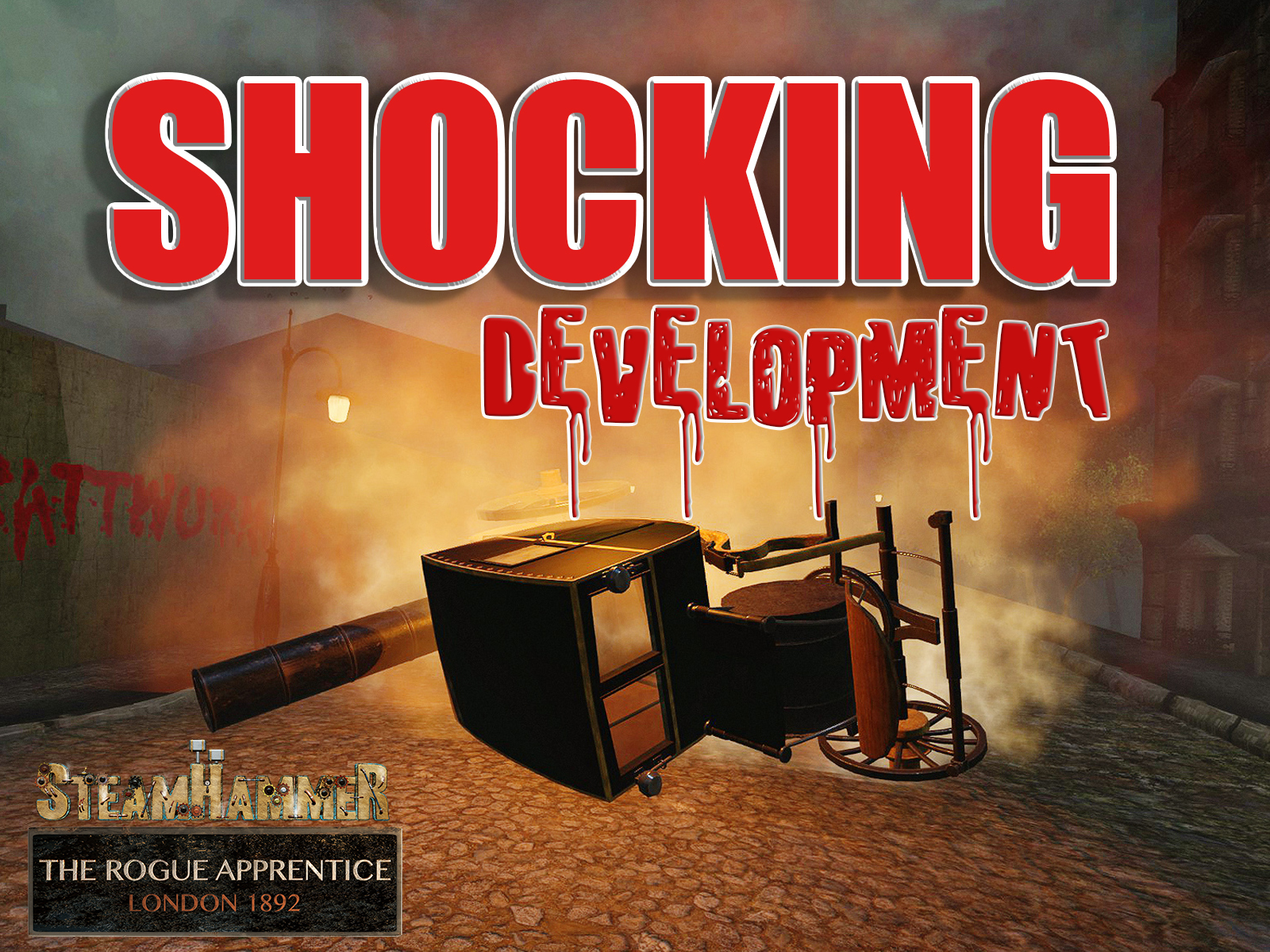 Oh WOW! There is so much exciting and cool stuff in V1.4.0, we cannot wait to hear your feedback!

EASY means EASY
We have listened to your feedback and we have to put our hands up and admit that we really buggered it up!

SteamHammerVR has three settings; EASY, MEDIUM and HARD but it turns out that they basically may as well have been labelled EXTREMELY CHALLENGING, DIE DIE DIE and HA HA HA HA NO CHANCE SUCKER!!!

So in Version 1.4.0 Easy means Easy, in fact, it is so easy that we are supremely confident that at least one of you can make it past Mission Four....YES! NOBODY has yet made it past Mission Four of the Eleven Story Mode Missions, which means that you have all been missing out on some totally stunning (albeit foggy) parts of London, not to mention a great story! How stupid do we feel? Pretty stupid, Welcome to Dumbass Central :-)

So along with all the new the changes, the Audio Hints switched on and the 'Hintenburg' Mini Airship to guide your way, you can go in now and play the whole game on EASY or for the masochists among you, you can try it on hard! 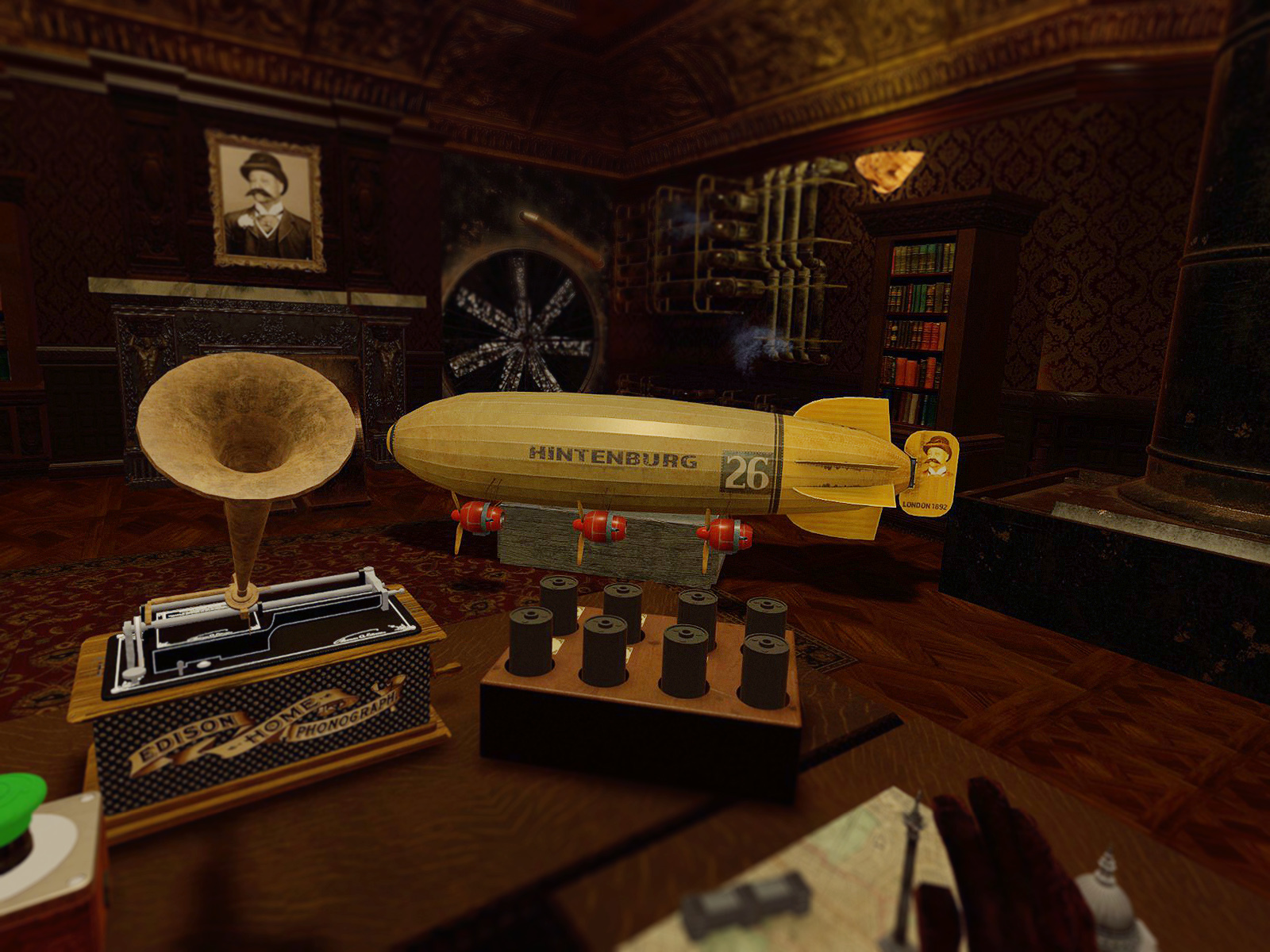 ENGLISH SUBTITLES
There is quite a lot of jolly English banter and idioms in the game dialogue that some may not be very familiar with, as such the entire game can now be played with English Subtitles!

CHINESE VERSION & SUBTITLES 中文版和字幕
We have included our first full translation of the SteamHammerVR into Simplified Chinese. How cool is that? It's just a shame we didn't keep the interpreter long enough to write this update in Chinese!!! 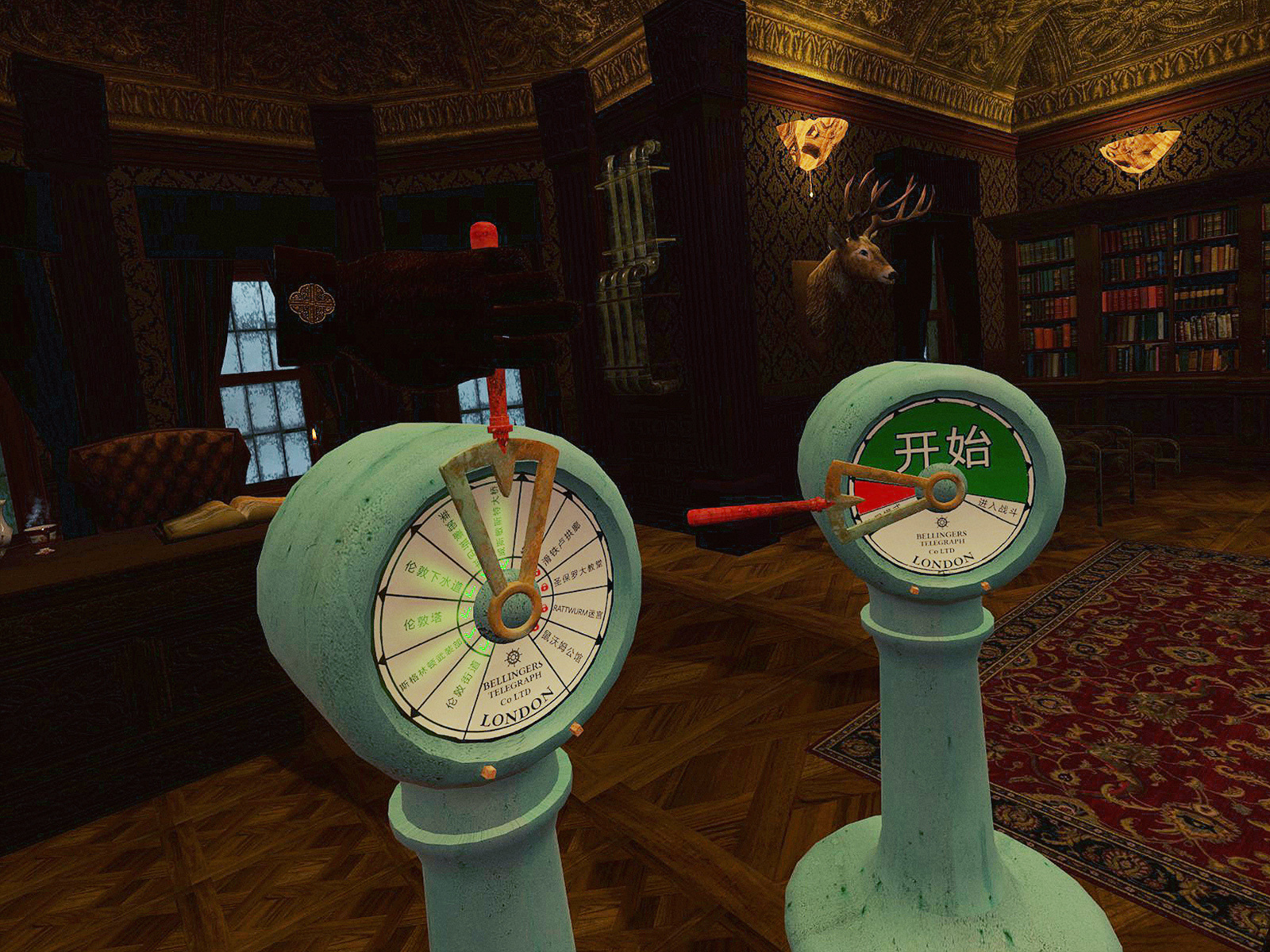 ADDED BUGS SOME TAKEN OUT
Massive sweep of the game to clear out some niggling bugs a few of you may have encountered, plus we put a few bugs in...Automaton types, not like code bugs, that would be very silly! 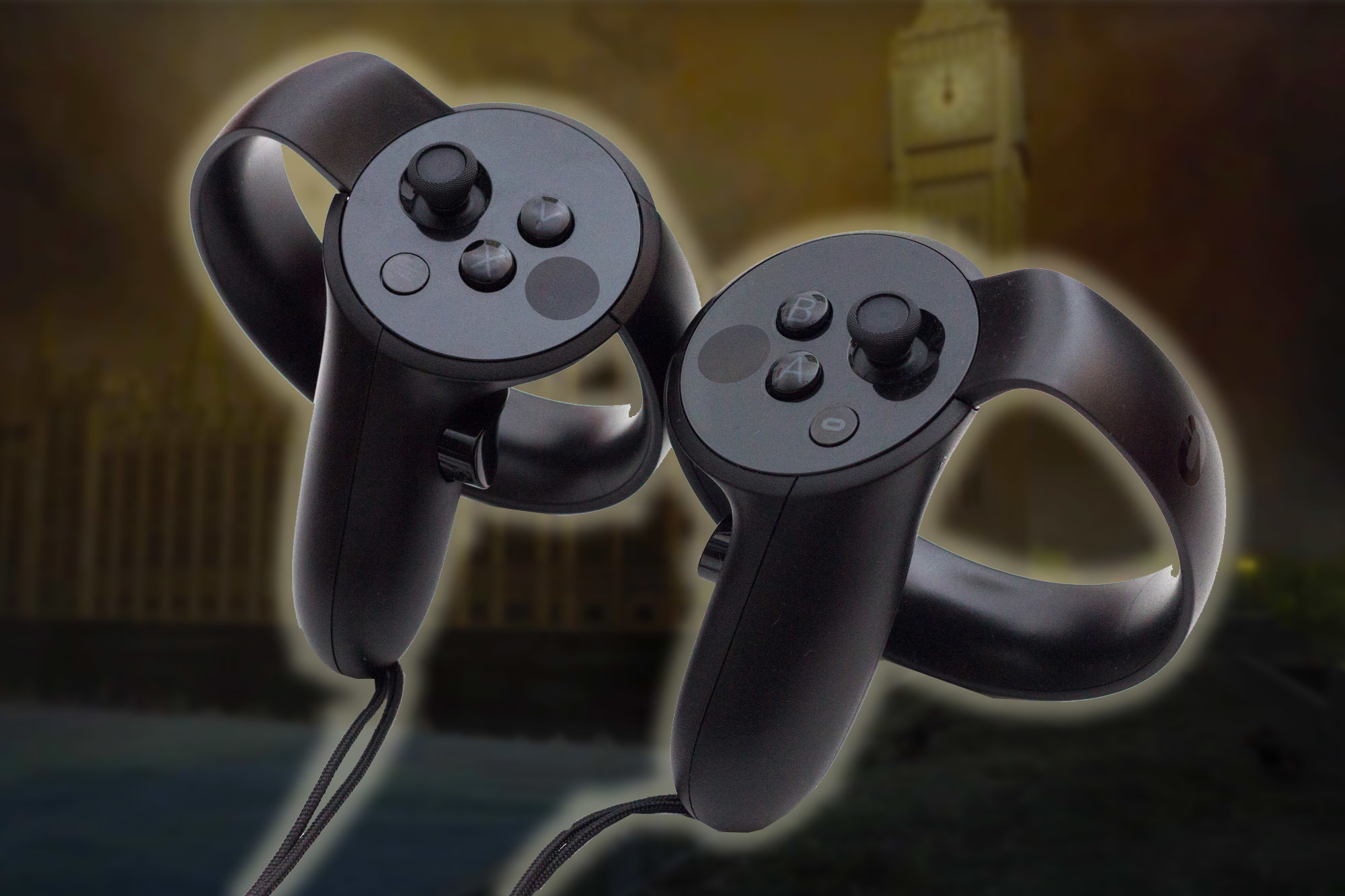 We are delighted to announce that the world of SteamHammerVR - The Rogue Apprentice is now open to be explored by owners of the Oculus Touch.

Included in the release of v1.3.0 we have also made the following improvements. 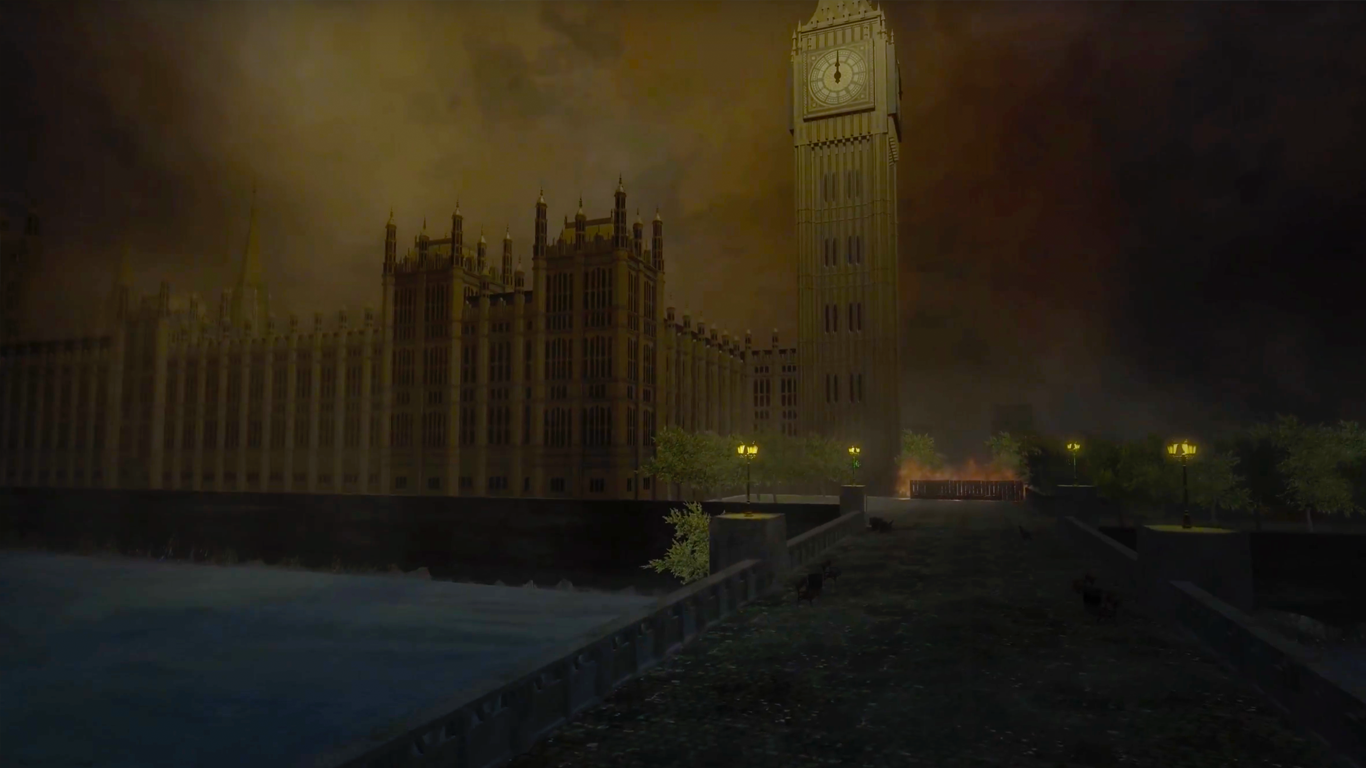 Announcing the full release of SteamHammerVR - The Rogue Apprentice which will be available on the 31st July 2017 17:00 PST.

We would like to take this opportunity to thank all those who supported us by purchasing the Early Access version and giving us such positive feedback on how we should improve the game, we are absolutely sure you will be blown away when your copy updates.

What's changed?
Story Mode
'The Rogue Apprentice' now contains Eleven Missions which take you on a story based adventure staged in some of the most iconic locations around Victorian London, including, The Tower of London, Limehouse Warehouse, Trafalgar Square, Westminster, St Pauls and even the famous London Sewers. It's a hugely engaging and immersive experience with several types of challenging gameplay. 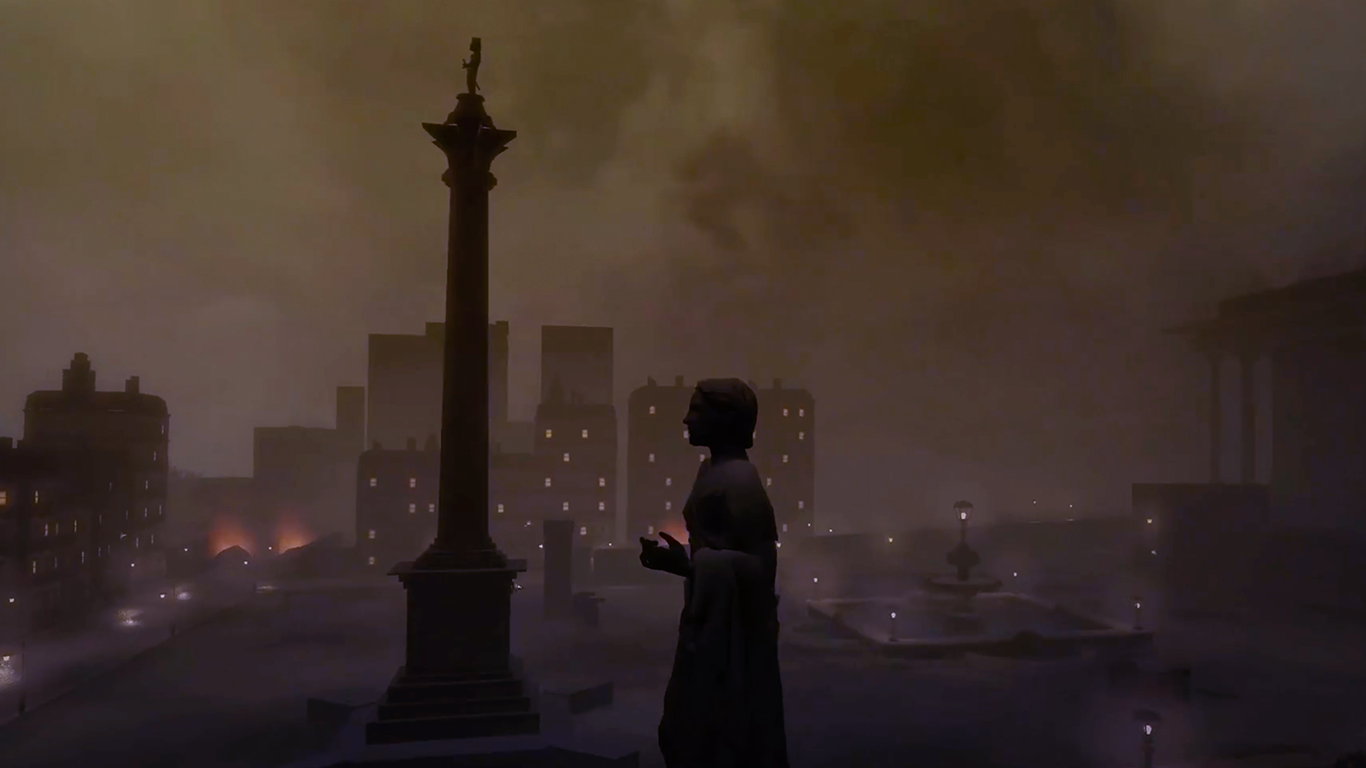 As the narrative unravels you will unlock each mission. more of the story and more powerful weapons, there are plenty of twists and surprises to enjoy as you discover the truth about your recruitment as 'The SteamHammer'

Seek & Destroy Mode
Seek & Destroy mode now gives you Four full on 'Arcade Wave Shooting' versions of SteamHammerVR, with a mass of combos to boost your score, see how far you can battle your way to the top of the Global Leaderboards! Try your hand at 'Panic on the Streets of London' , Have a pint in the Skillington Arms for the hilarious 'Bar Room Brawl', keep an eye on the time in Westminster for the 'Big Ben Bash' or go to the Tower of London for a 'Kick in the Crown Jewels'! 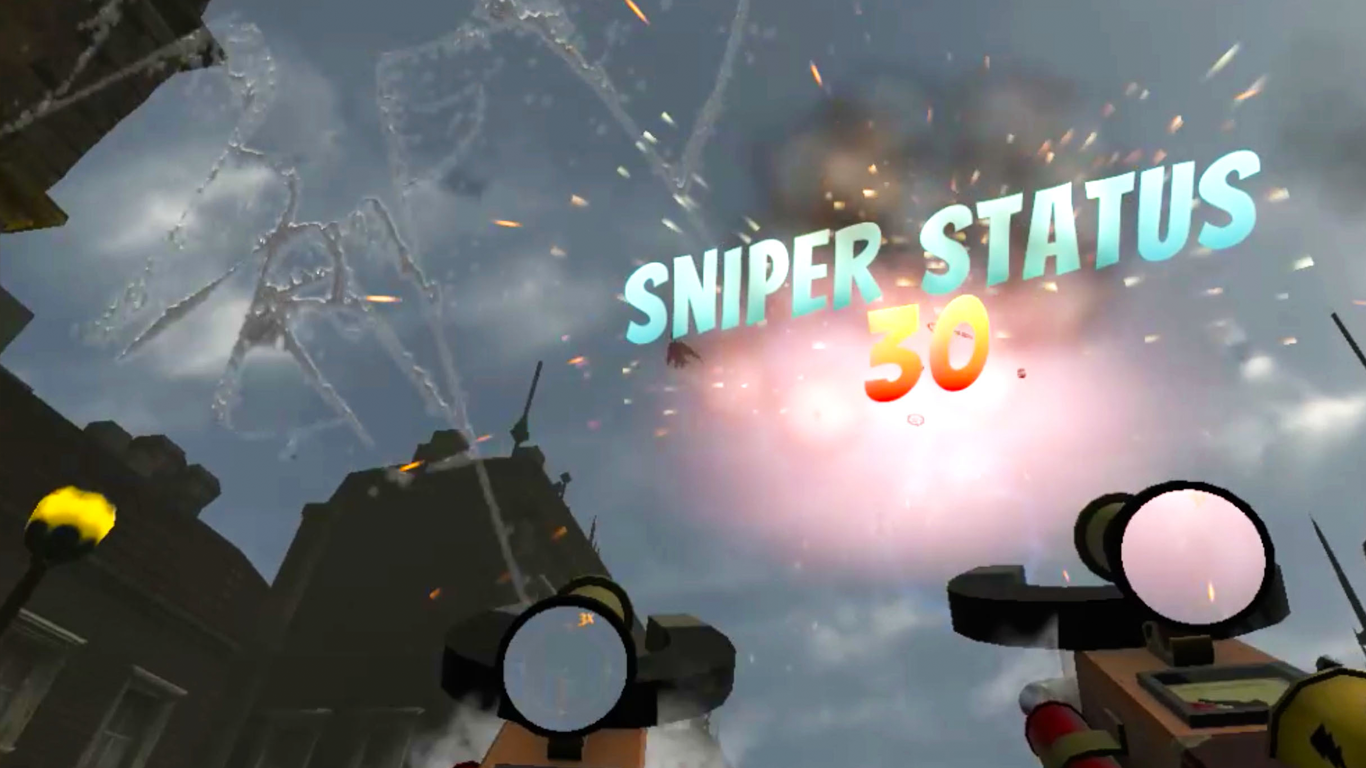 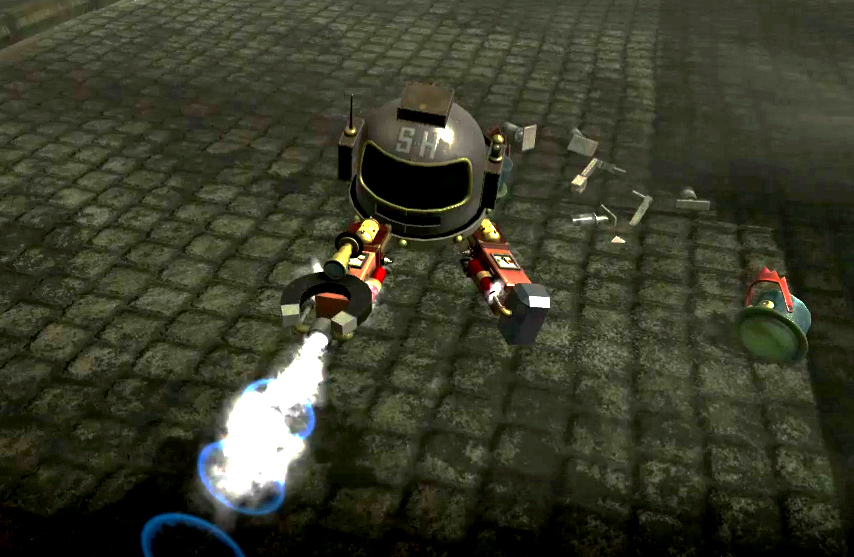 Announcing a small but totally splendiferous update prior to the complete release scheduled for Summer 2017.

Voice Commands
As well as switching your weapons using the pads, you can now switch your weapon load out by saying the following voice commands:

NOTE: For Voice Command to work your HMD will need to have its microphone active.