Combat system and weapons:
- Health indicators are now automatically displayed above wounded enemies.
- Added display of positive and negative effects applying to the enemy.
- The names of special attacks are displayed before the attack starts, to make the fight more interesting and manageable. Now you can react in a timely manner and take countermeasures.

- Reflected damage changed and weakened. The defense stat now correctly reduces reflected damage.
- The parry skill has been reworked to only work with a suitable weapon and the parry chance depends on the type of weapon.

- Now the flight speed of ranged ammo is different and depends on its type.
- Added recipes for arrowheads.
- Added iron and steel arrows.
- Added recipes for two new bows: Hunter bow and Composite bow.
- Bow stats have been rebalanced.
- Added 2 abilities for the skill Bows - slow, but strong shots, causing critical damage or injury.
- Added ability for the Throwing weapons skill - a throw that stuns a target.
- The passive ability "Weak Point" is now an ability of the Throwing weapon skill, not Bows.
- For bows, the passive ability “Bleeding Wound” has been added, causing bleeding.

Various protective effects have been added to the most powerful monsters:
- Resistant to any kind of injury, stun, slowdown, or all negative effects in general.
- Added partial reflection of incoming damage to the swamp boss "Devourer".

What's new:
- In the game world, you can now find and collect berries: Blueberries, Lingonberries, and Wild Strawberries.
- Hazel and Wild Greens are also available for gather.
- Added Hives, from which you can get honey, as well as Nests of wild birds, for obtaining eggs and feathers.
- Increased player absence time before automatic packing of dominium.
- Added timers for using items, summoning pets and mounts.
- For pets, damage per second is now also displayed, which takes into account all bonuses received by the pet. 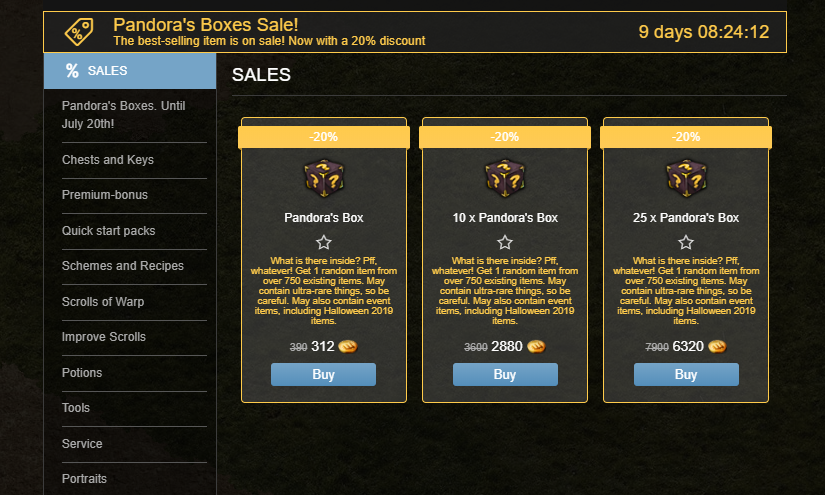 The best-selling item is on sale now! Pandora's Box with a 20% discount!

What is there inside? Pff, whatever! Get 1 random item from over 750 existing items. May contain ultra-rare things, so be careful. May also contain event items.

Only until July 20th. 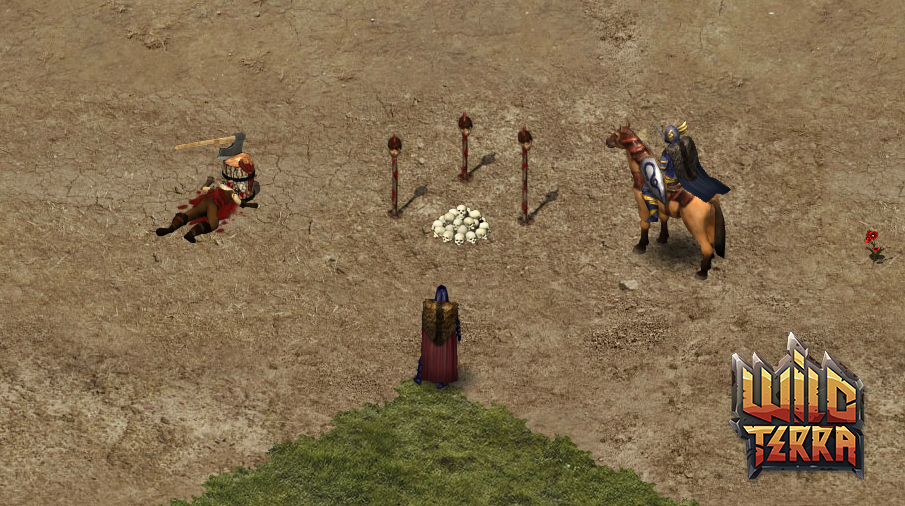 Despite the fact that Wild Terra 2 is now our main project, we will continue to update Wild Terra Online, add something new, fix the balance and errors. In the next major updates, we plan to add an interserver auction, Arena with tournaments and ratings with rewards for top places, as well as levels for guilds. Thanks to the development of WT2, a lot of new players are coming to WTO, and we plan to continue to make this game better, but unfortunately, major updates will come out quite rarely.

Update 10.12.588
- Updated reward in all locked chests. Now there you can find new cloaks, mounts and scrolls for thozorium armor decoration.
- Now you can decorate your territoty with the cut off heads of the players' characters. To do this, you first need to build a special "stake for the cut off head", then take the desired head in your hand and set it to this stake.

New decor:
- Added 3 types of stakes for cut off heads. You can find it in the section Construction -> Decorations -> Outdoor decorations.

User Interface improvements and changes:
- Now you can’t cancel the weekly and event quests in the "Tasks" window. This is to ensure that players do not accidentally “Cancel” some important quest.
- Now you can add a signature for warehouses and chests. Such an additional signature will be displayed when you mouse over the warehouse. Only the owner of this warehouse can change and see the signature.

Bug fix:
- Fixed a bug in the 3D model of the female thozorium breastplate.
- Fixed a bug with the auction associated with caught, but not yet tamed animals.
- Fixed a bug when the negative value of the "Damage" bonus was not displayed in the item description.

Wild Terra Online
18
0
Open Testing is over. But you can continue to play and support the project
Jun 22 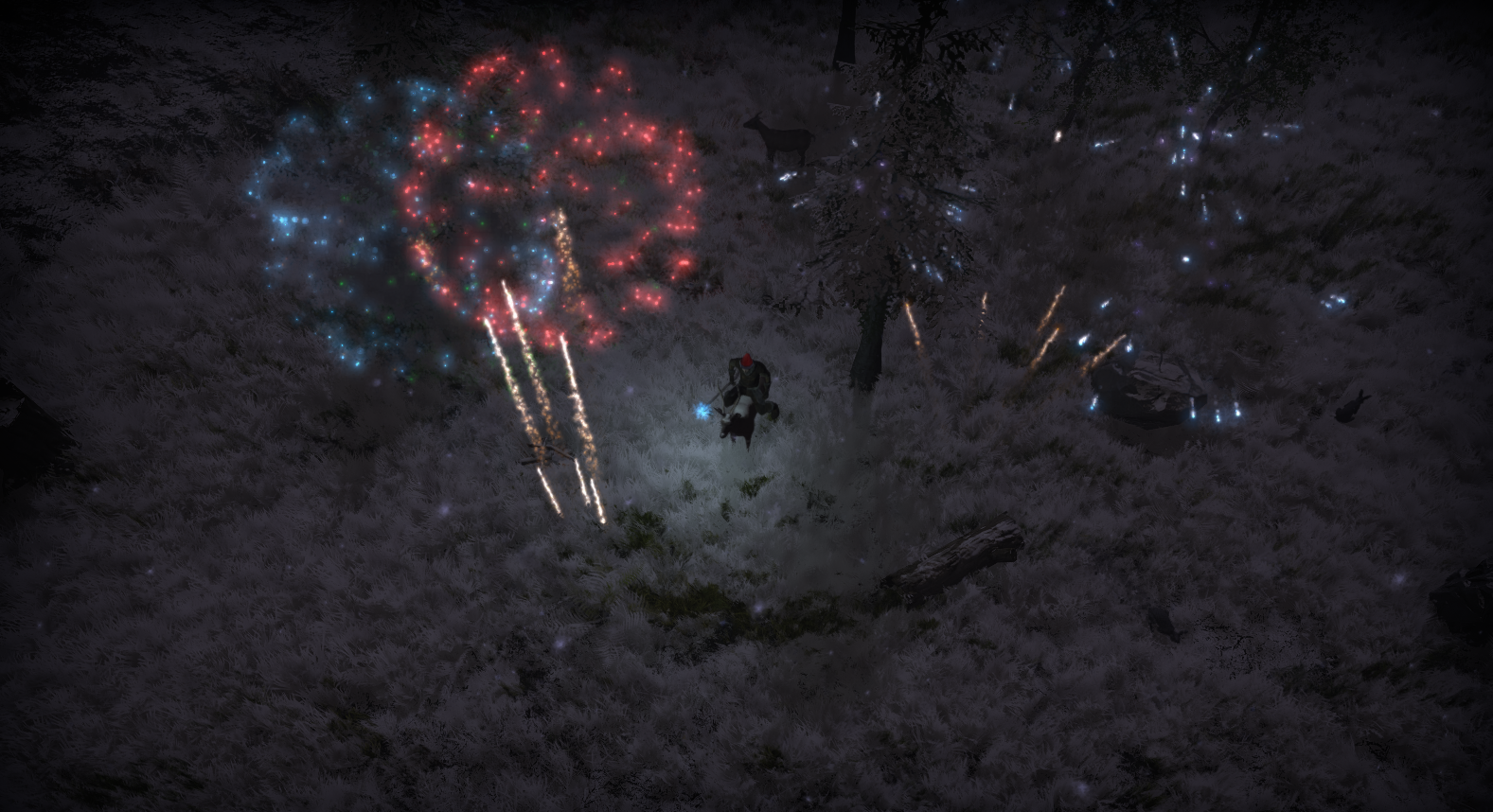 About 10,000 players took part in open testing, helped to find bugs, and enough new information to improve optimization and fix a number of problems.

Thank you for your contribution to the testing! What you saw is only the beginning of a large-scale future game. During the summer, we will improve Wild Terra 2 according to your feedback, as well as add a central city with inhabitants and quests, agriculture, cooking, new territories for discovering, and much more! But we need your support.

By purchasing an access pack, you can play all summer, continue your current progress, and also receive many in-game rewards, access to the next closed testing stages, and the full version of the game after its release. Wild Terra 2 exists only thanks to the community of players. Support the project, and we will direct all our efforts to exceed your expectations. 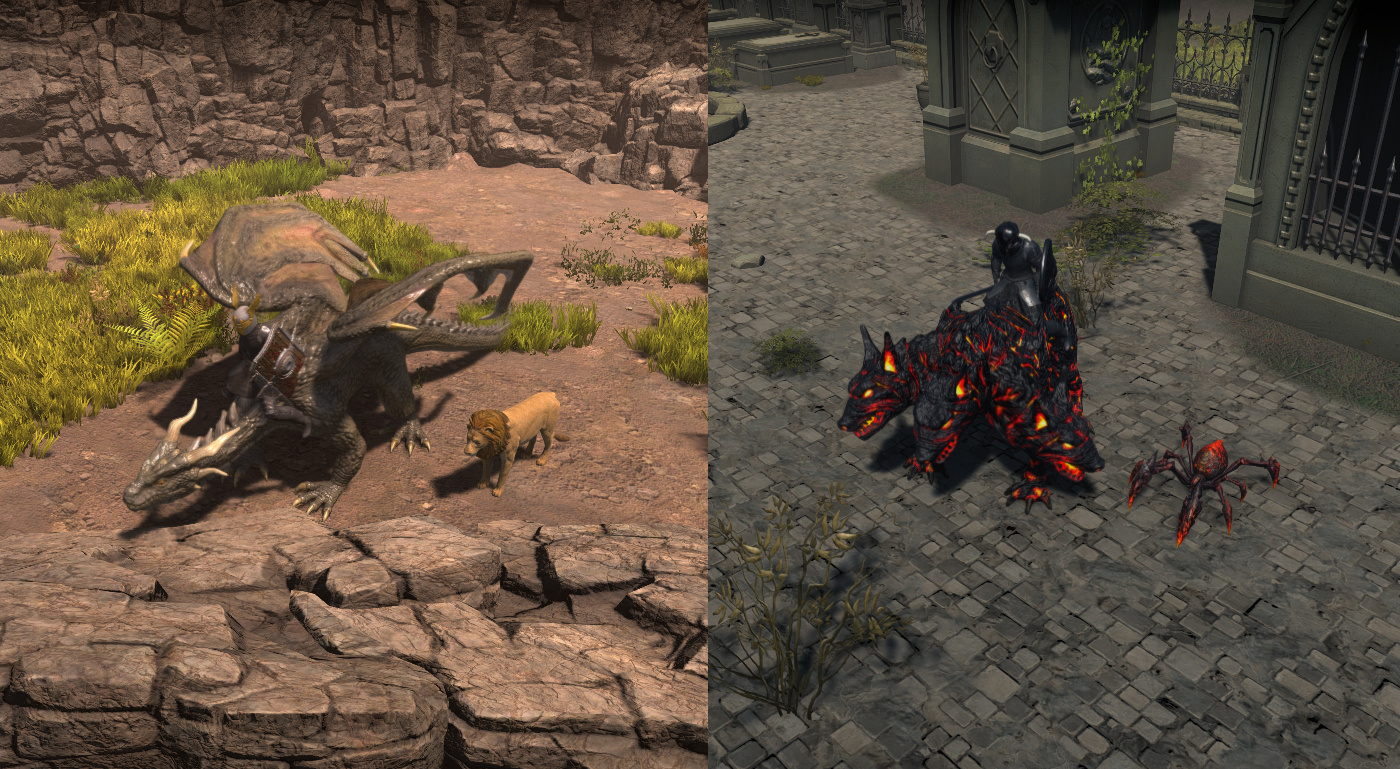 We made a rough roadmap. Only new content is listed below, but we will also pay special attention to the improvement of what is already added to the game (for example, updated combat system, sorting inventory, settings, and much more).

Summer:
- The central city of the Mainland with NPCs and quests.
- New locations on the Mainland.
- Bags and belts.
- Agriculture.
- Cooking.

Support the project and get access to closed testing[www.wildterra2.com]

2. Go to the festival page to install the Demo:
https://store.steampowered.com/sale/gamefestival


Download and play for free until June 22, 10am Pacific.
Keep in mind that the game is under development and you may encounter some bugs or problems.


Do you like the game? Support the project and get special DELUXE benefits!

Owners of Settler, Conqueror, and Hero access pack receive:
- Play after the free period ALL SUMMER! (progress will continue).
- Access to all of the following stages of closed testing.
- The full version of the game after its release on Steam.
- Access to a private chat in Discord, where we discuss ideas, plans, and arrange polls that influence further development.
- Unique pets, mounts, helmets and other rewards.

Support the project and get access[www.wildterra2.com] 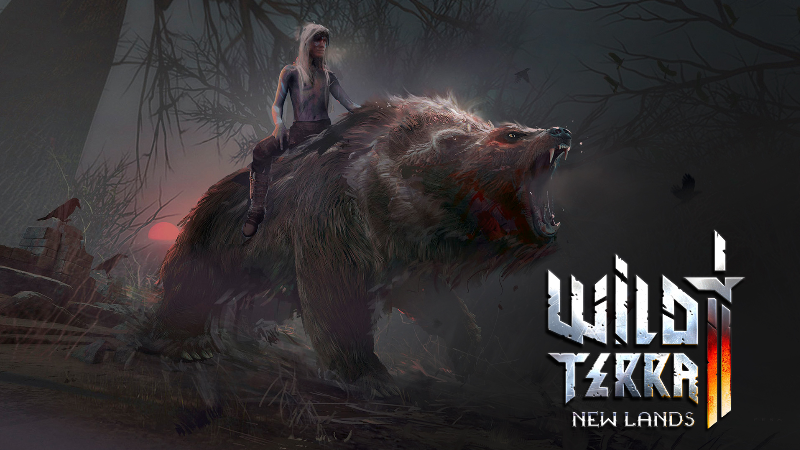 A free period is planned as part of the “Steam Game Festival” and was scheduled to begin on June 9th. Unfortunately, due to protests in the USA, Valve decided to postpone the Festival to June 16th. We cannot influence this decision in any way.

But there is good news. Now we have more time to prepare, which will have a positive effect on fixing bugs, optimizing the server, and adding new content!

We remind you that you can start playing now. Access to Closed Beta is available to owners of the Settler, Conqueror, Hero, and StayHome packs.

Learn more about the free period and the benefits of access packs: {LINK REMOVED}https://bit.ly/2B7Y7xq

Wild Terra Online
18
0
The first phase of the Closed Beta has begun!
Jun 5

Today's start is pre-beta in fact, and we will add and fix a lot more during the first stage, which will last all summer! You will find several content updates and many fixes over the next three months of the game.

All owners of Settler, Conqueror, Hero, and StayHome (this pack is no longer available for purchase) pack can start playing right now! If you are a new player - do not forget to enter the key to receive rewards (from the first email after purchase).


From June 9th to June 14th you can try Wild Terra 2 for FREE. Moreover, if you purchase a pack, you can continue without losing progress.

The release of the game on Steam Early Access is scheduled for late 2020. Until this moment, there will be several stages of testing and wipes.

Please, report all technical errors, game flaws and incomprehensible moments. This is the only way we can improve the game. Thanks to everyone who supported Wild Terra 2 and purchased a pack. This project exists thanks to you! Together, we have already raised more than $ 20,000!

Read more about the free period and the benefits of packs: {LINK REMOVED}https://bit.ly/2B7Y7xq 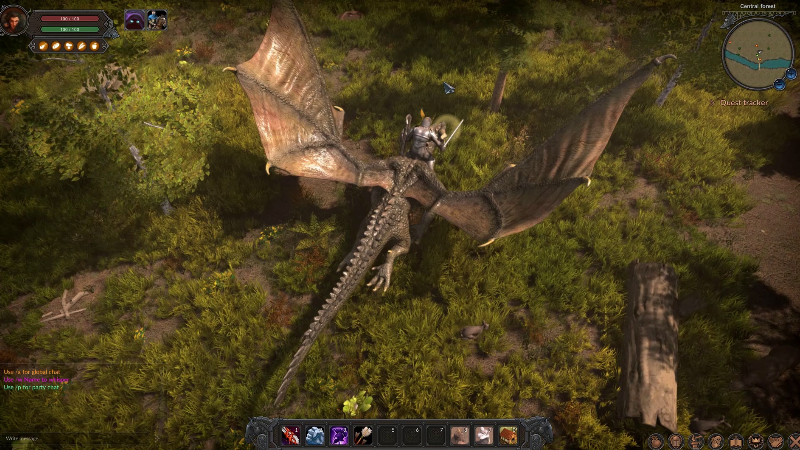 The free period will begin on June 9th at 5:00 pm UTC. Add the game to your wish list and subscribe so as not to miss: https://store.steampowered.com/app/1134700/
During the free period, we want to test the load on the servers. Keep in mind that the game is under development, and you may encounter some errors or problems.

Support the project and get special DELUXE bonuses!
Settler, Conqueror, and Hero access pack owners have:
Get an access pack and support Wild Terra 2[www.wildterra2.com]
The game is created with the financial support of our community and we need your help. Become a part of a joint dream and history!

Videos about the game and pack rewards demonstration on our YouTube channel.

No NDA. You can freely stream, make videos, publish screenshots and other information about the game.

Wild Terra Online
48
6
Wild Terra 2. Reports from the devfield
May 26

We continue to fill the locations of the main continent and change the starting island.
We work on bonuses and features for pets that they get when leveling.
New animals have been added: viper, crab, seagull, frog, lizard, white wolf and dark wolf.
Improved models, textures and animations of the wolf, bear, hare and wild boar.
Added several models for new exotic recipes of shoulders, a sling and a shield.