ДѴДЯЦS LЦЖ
View Profile View Posts
Apr 29, 2017 @ 9:30am
Linux
so i see under the system requirements that the developers support both windows and mac OS's, is linux also going to be up there and was it left out by accident?
Or will only mac and windows be supported (which is still more then the average of supporting just windows :P )
Last edited by ДѴДЯЦS LЦЖ; Apr 29, 2017 @ 9:31am

The author of this topic has marked a post as the answer to their question.
Click here to jump to that post.
Originally posted by Lex:
Just to clarify for those who are coming here from the article posted on gamingonlinux. At the moment we're working on a conceptual demo which is a project we're undertaking on a volunteer basis with a budget of $0. This conceptual demo will exist to give people a taste of what we have in mind for Galaxy in Turmoil and shall be launched alongside a Kickstarter campaign for the funding of the full game.

As of right now, we're only targeting Windows for the conceptual demo release. But like I said above, for the full game support for more platforms is on the table including Linux, Mac OS, and PlayStation and depending on how talks with Microsoft go potentially also Xbox.

Ultimately this is something that will largely come down to funding. So, I should emphasize that we're not making any absolute promises just yet even though it is definitely something we're enthusiastic about :D
< >
Showing 1-15 of 23 comments 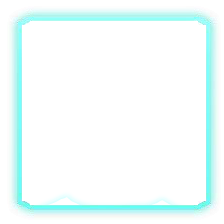 Scroll down a bit on the page, under system requirements it says

Scroll down a bit on the page, under system requirements it says

well would you look at that.... it's a mistake on the steam page after all, even playstation 4 so truly multiplatform in all respects, that is great news indeed, thank you for sharing this info :).

i hadn't turned my eye to their website yet myself.... since steam "should" list about the same, ah well, everyone makes mistakes and misses information from time to time.

again, thank you for pointing this out.
#2

May 22, 2017 @ 6:14pm
q3 is beta so chances are in the full release it will be supported maybe then again opengl is out of date and if they use valken then you can suspect it to come to linux and if not either dual boot or use vmware player but i did read that theres going to be linux version
#3

ДѴДЯЦS LЦЖ
View Profile View Posts
Sep 2, 2018 @ 3:01am
even if its not considered anymore for whatever reasoning, i hope when it goes live that at least steam's proton release works with this game and allows us to play that way regardless :)
#7

Lex
View Profile View Posts
[developer] Sep 2, 2018 @ 8:29pm
Native Linux support is still on the cards and is definitely something we'd like to do :D
#8

That the Solus icon in your avatar there? I'm using Solus myself and I love it!
#11

Originally posted by Lex:
Native Linux support is still on the cards and is definitely something we'd like to do :D

Hot damn I had no idea about this.

/g/entleman
View Profile View Posts
Sep 23, 2018 @ 2:37pm
A game developer that uses GNU+Linux and is making something that looks like it's going to be a good game with a high promise of GNU+Linux support? Count me in :)
#14

5
What kind of weapens/gadgets will be in the game?