Kidnapped and taken to an unfamiliar location, nine people find themselves forced to participate in a diabolical Nonary Game by an enigmatic mastermind called Zero. Why were they there? Why were they chosen to put their lives on the line? And more importantly, who can be trusted?
$29.99
Visit the Store Page
Most popular community and official content for the past week.  (?)
2020 STEAM SUMMER SALE STARTS TODAY!
Jun 25

Save on AI: The Somnium Files, KATANA KAMI: A Way of the Samurai Story, and your Spike Chunsoft favorites during the Summer Sale!

Zero Escape: The Nonary Games
396
17
Am I the only one who worked out this possibility for going through mid-game doors?
I'm playing 999 and haven't finished it yet, but there are spoilers below for the early game. When Snake disappears and there are 7 people left, Lotus claims that it's impossible to get all 7 through the doors 3, 7 &/or 8, and as a player we have no option to speak up against that with a solution. But from the beginning of the game, there doesn't seem to be any rule against two groups going through the same door one after the other, since person 9 went through a door & then another group followed (but he ...
7

Blu_Phire
Jul 7 @ 4:19am
General Discussions
Does it get any better?
Yeah, 25 minutes of dialog in between "escape rooms" got old very quickly. And the forced, cheesy "Hey, Americans like to curse awkwardly all the time", that's great too. I think the main character said "What the hell" something like 15 times in as many minutes. Got this in the package with the "3rd" one. I think I'm going to stop playing this one before I get to the 2 hour mark and check the other one out. Then probably get a refund for both....
10

Virtues Last Reward [Puzzle Walkthrough] [100% Endings + Achievements] [Passwords] [Eng]
Zero Escape: Virtues Last Reward You can find the correct paths for the endings in this playthrough... and additionally you`ll receive all possible achievements (there are no missables). Additionally here are the explicit solutions for every puzzle room. ...
173 ratings

999 [100% Achievements + Endings] [Eng]
999: 9 Hours 9 Persons 9 Doors You can find the correct paths for the endings in this playthrough... and additionally you`ll receive all possible achievements for the game 999. This ending guide tries to be spoiler-free! 🔑 8 total achievements in 999
127 ratings 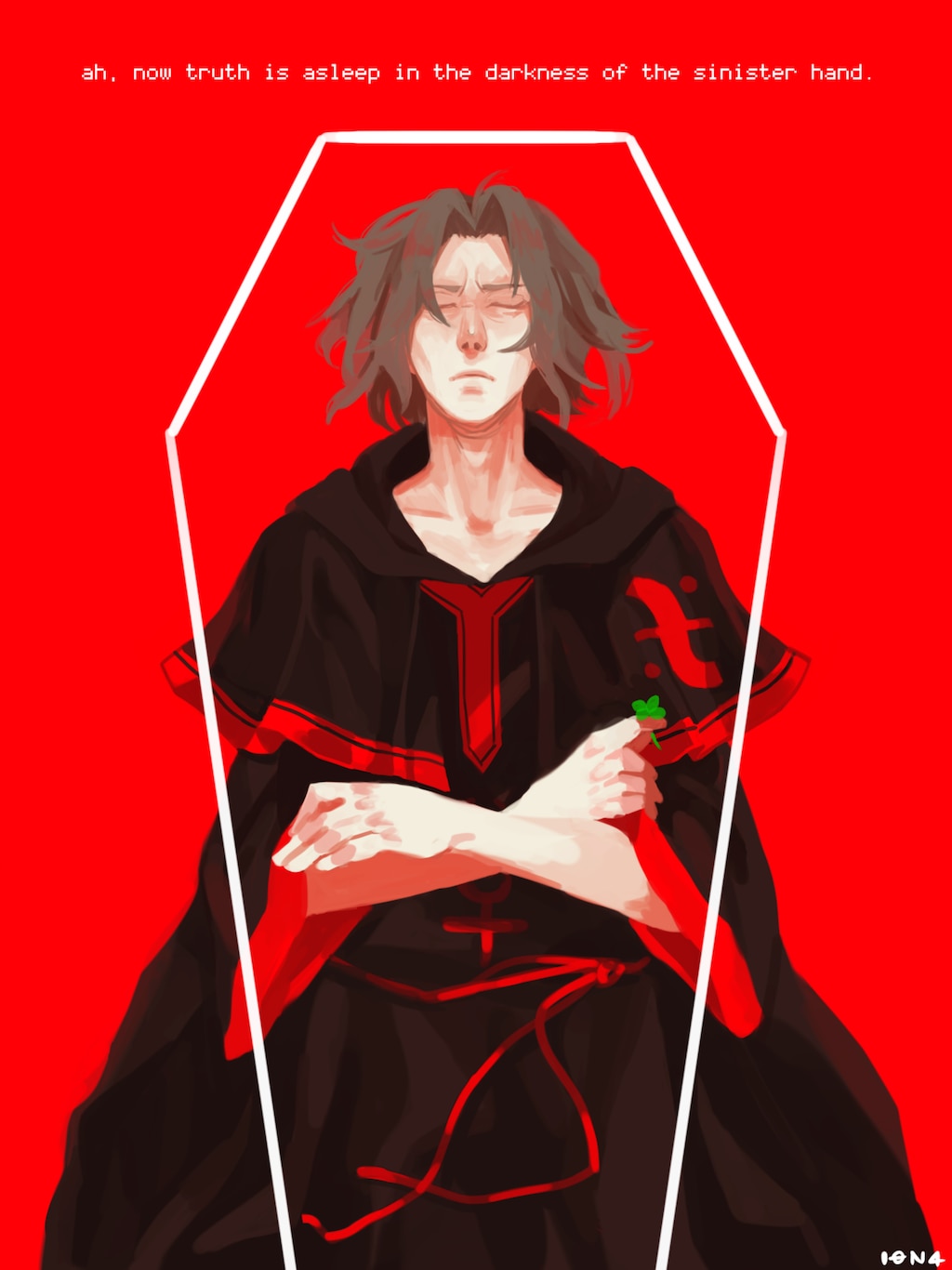 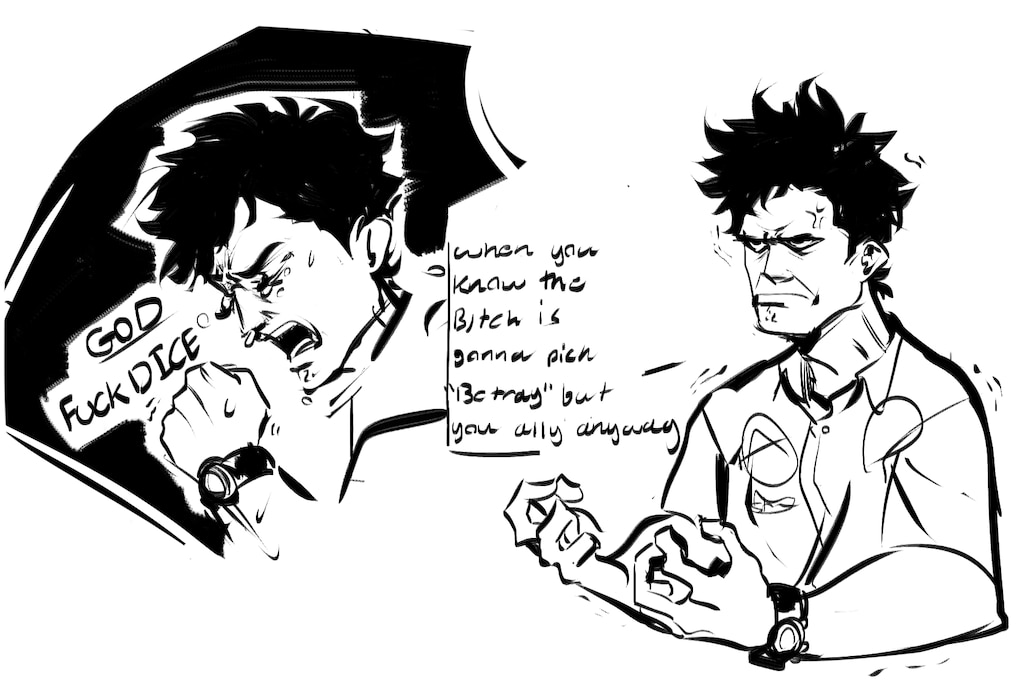 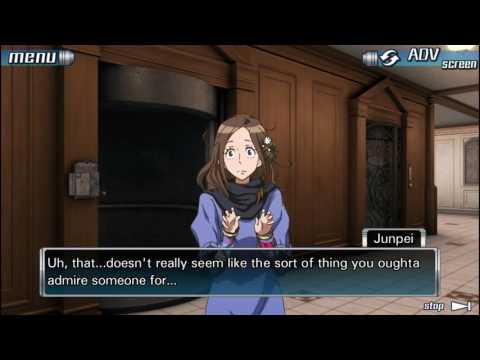 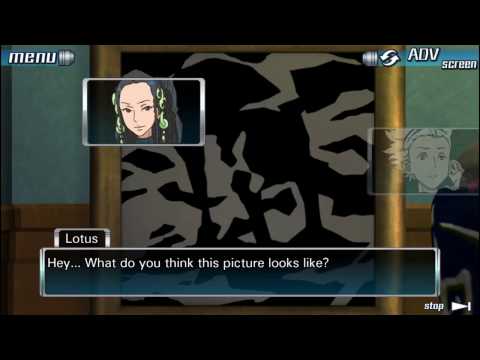 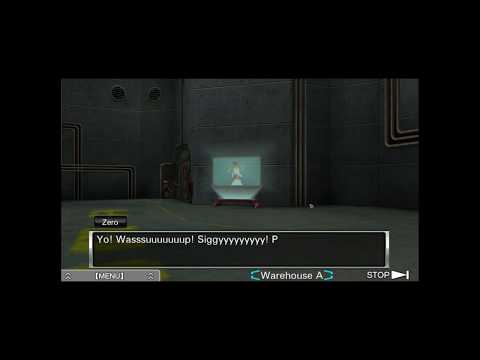 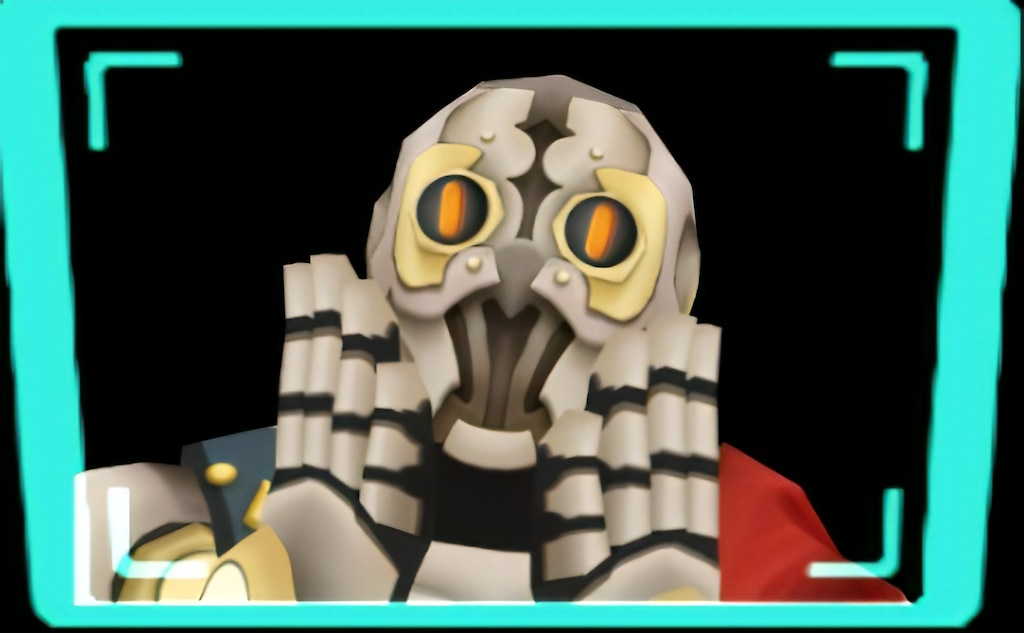 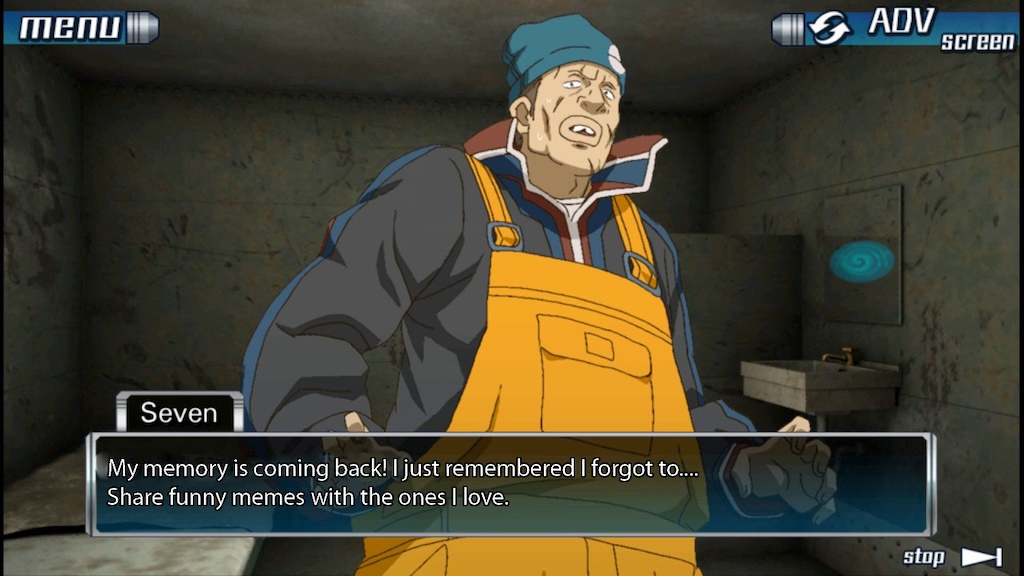 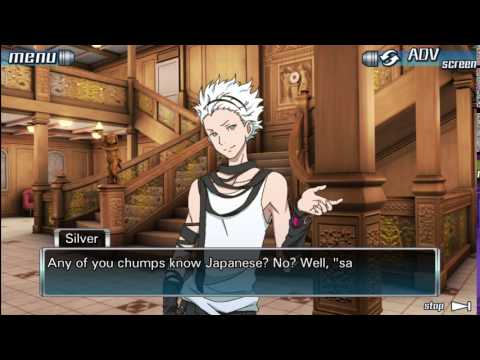 0
0
Any of you Chumps know Japanese? 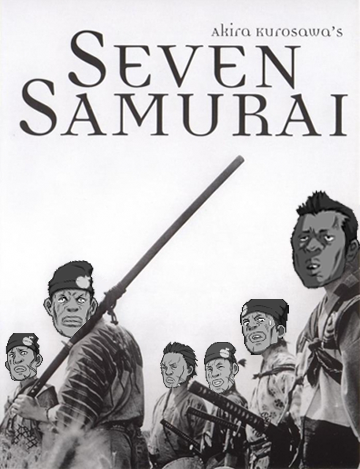 Recommended
78.4 hrs on record
I'll be one of the many people to recommend this game. Well, it actually packs two games. Anyway, I'm not leaving a simple like because there are problems with this gamepack.

First game: 999
This game is absolutely splendid. The puzzles are generally not too difficult, and if you get into trouble, you'll usually get enough hints to continue. The story is very well build. After finishing my first route, I was doubting the whole game's story, it seemed to progress slowly despite a cool start. I was also surprised how quickly I managed to get an end. However, this quickly faded away, as each route did add its own accents, and there were plenty of escape rooms. I don't particularly like ending a story where all questions aren't answered. Some think it's cool to fill the holes with their own imagination, but to me, this usually points to problems in how the story is build. 999 did a good job at explaining most stuff, but not all unfortunately. Another thing that amazed me, is that this game was first a DS game. There is one important warning I have to give: you will have to replay segments again. Not a lot, but still some. It didn't bother me too much.
I think the best way to rate this game, is with a value number: to me, it was worth about 16 €

Second game: Virtue's Last Reward (VLR)
Almost immediately in the game, I got annoyed. Instead of using well-made sprites for characters, you get 3D characters that are too bright and too cheap. They were meant to run on a DS... I had a hard time adapting to this, and was always in the way to take a character serious. The only thing that made we continue playing, was the rabbit. The escape rooms in this game were quite a bit harder than in 999, and had the tendency to overrely on mini-games.
The story of this game is also godawful. It tries to make suspense, but fails in it. The story itself also doesn't show much progress until very late into the game. While 999 does a good job building up everything, this game absolutely fails in it. The last 10 of the 40 hours I spend on this game were suddenly full of story etc. Even worse, the characters show the exact same progress. While in 999 the bracelets and numbered doors were masterfully designed with the story, in VLR it all got conveniently adapted to the plot.
And now, the biggest problem. The flow chart. It is way too large for a game that handles its story so badly. There is way too much repetition, I had to use the skip function while in 999 I didn't. There are way too many "too be continued", making you forget what happened there. Oh, and did I say the story is godawful? Yeah, doesn't make things better. The ending worsened things only. My recommendation: play this for the escape rooms.
Value: 5€

Wait, 16+5 is lower than than the 25 € this is worth? Damn, I should've hit not recommended. But that first game was so good.

Recommended
61.8 hrs on record
I thought I wouldn't enjoy this, as it has both visual novels and Escape Room content and I have my own reasons for not liking those, but damn... I got so into the story, with it's cryptic insanity it had lurking under the sleeves.

If you didn't know, this is a collection of 2 games: 999 being the first game and Virtue's Last Reward being the 2nd. They both have alternate endings with how you proceed the story with your options given to you, and both have great, WTF storytelling. You do however need to get all endings in order to get the true ending and understand what's going on as it can get a bit cryptic with revealing the answers until much later into the games.

Voice acting is phenomenal and all characters have their own personality and are very memorable.
music is fitting with it's weird electronic, glitchy, emotional tunes.
Gameplay wise, If you're not reading through the novel parts, you're in an escape room solving puzzles, tinkering with your brainspace. There isn't really much repetitive gameplay as all rooms are different with it's own creative puzzles. If you get stuck with something, the game will try and help you with some hints.

These are one of those games where if you say too much you'll spoil the experience, so I urge you to go check it out if you can :3

Recommended
48.6 hrs on record
A puzzle based visual novel game series where you're faced with life or death situations, trying to escape several rooms on limited time restrictions, while your friends spend the next 20 minutes talking about the crystallization of glycerin, metaphysics, alternative timeline theories, Schrödinger's cat, and ice that melts at 96 degrees. Genuinely a 10 / 10 game. 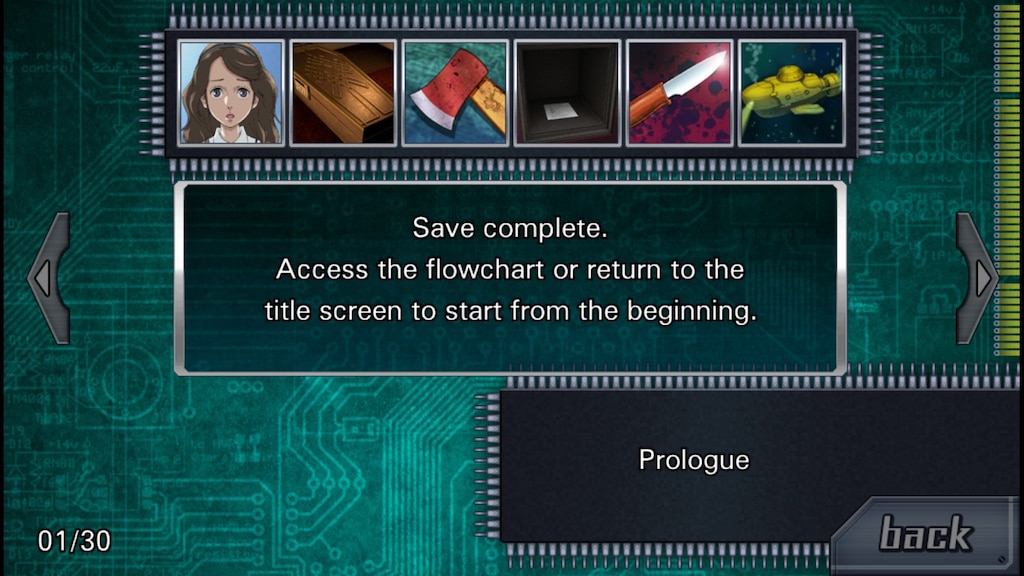 0
0
took longer but satisfying without seen any guide! 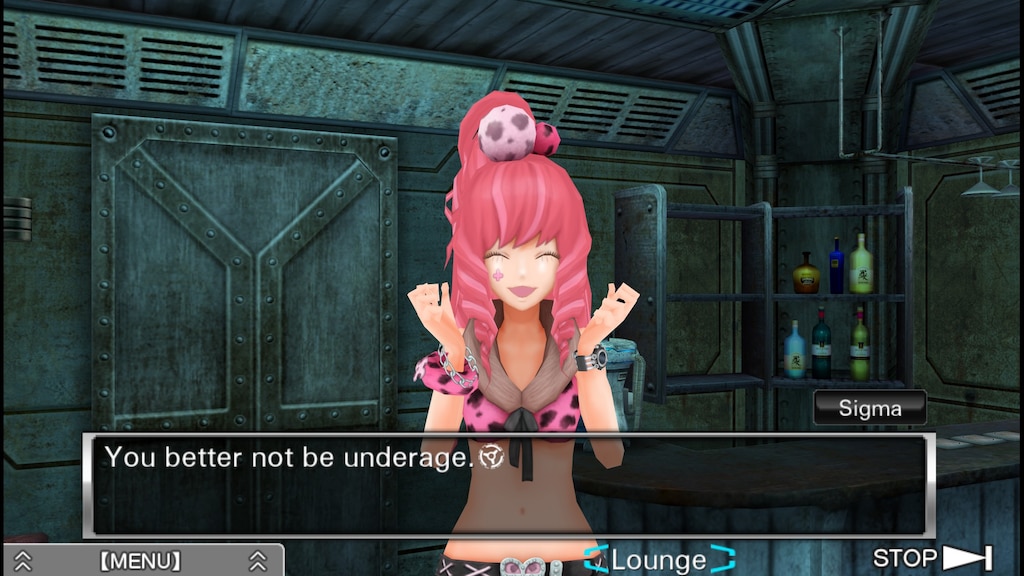 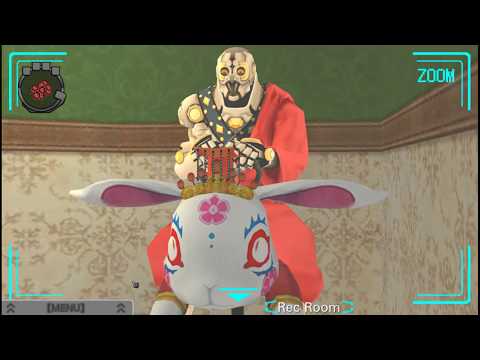 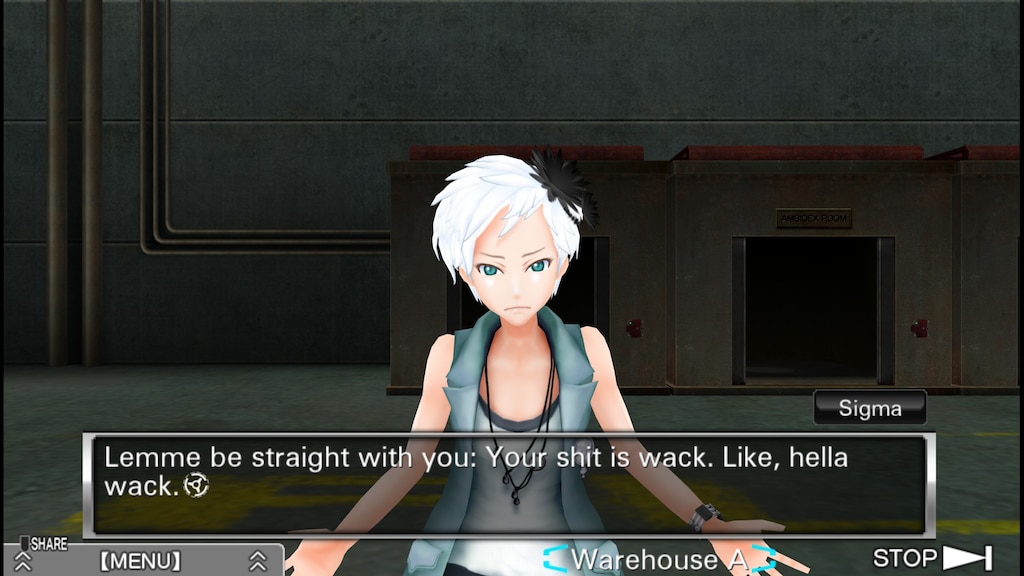 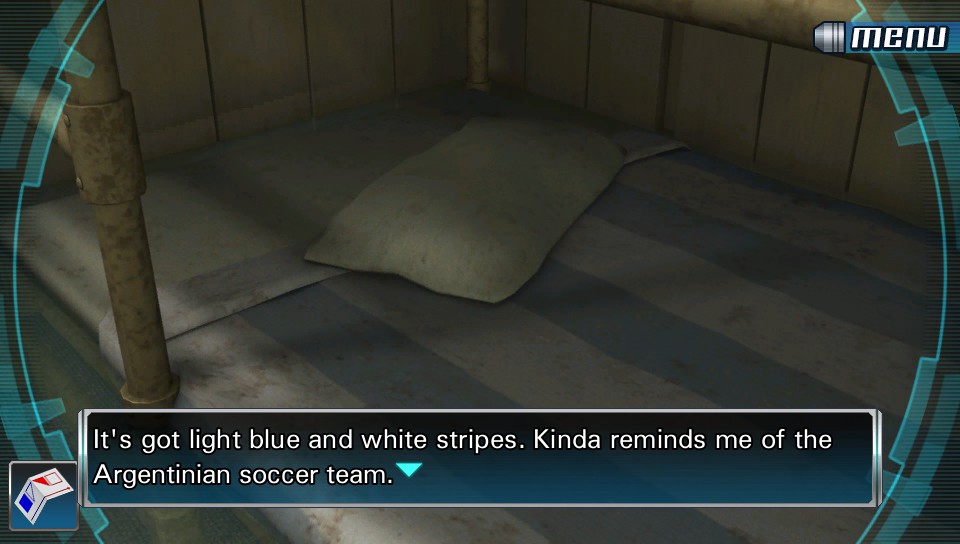 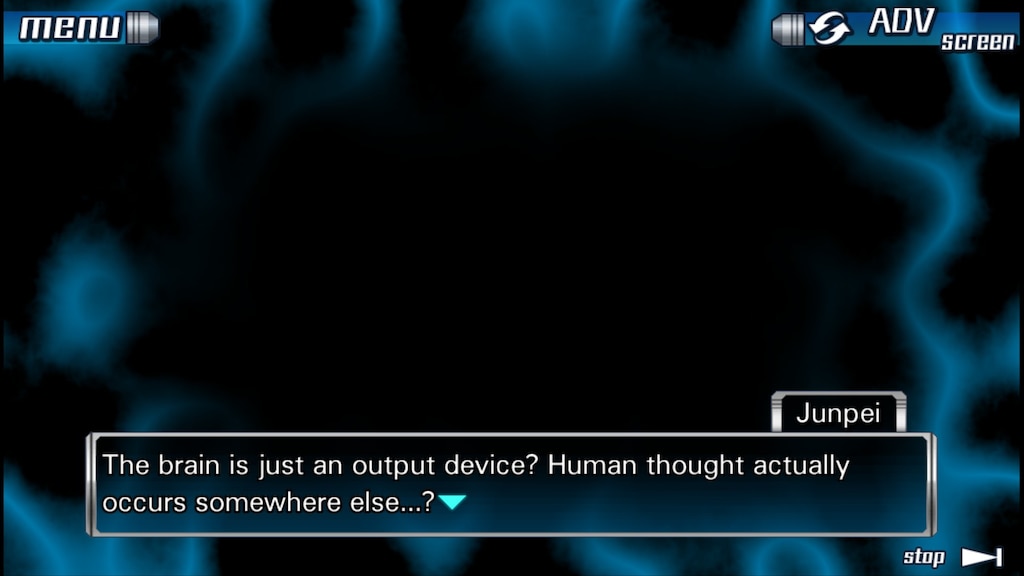 s p a c e j a n i t o r
View screenshots
This port doesn't make justice to the original game.
The changes made to acomodate the plot twist and the fact that the most emotional moment (that make me a fanboy of this incredibly flawed game that I still love and consider my favourite) was changed. Also the narrator being in the novel screen ruined the pace, atmosphere and substracted characterization (who would stuck in that dull looking screen?), thing that I didnt realize how much it ruined the experience because I played the DS version like 3 times. TL;DR: Play the DS version, I could not have VA (...
2

Kawaw1
Jul 9 @ 12:06pm
General Discussions
No sound 2020
Hey everyone, I think I'm having a problem that was fairly common a couple of years ago, but the fix is no longer applicable. I'm getting no in game sound for 999 or VLR. Both of them have a single cutscene with audio, and that's it. All of the previous solutions seem to involved the _CommonRedist folder within the game files, but that folder is no longer present. Are there any other ways to fix this issue?...
3

Cactuses
Jul 9 @ 9:54pm
Technical Support
is this game political at all?
I didn't like when UDG started going about the Male Gaze in the middle of a boss fight, and I completely avoided V3 because the game made references to Trump, had lines about Fake News, and Danganronpa 2 had lines about pedophilia and other political topics. Thats Danganronpa though, is this game political at all?...
86