Glide through futuristic courses at breakneck speeds and eliminate those who stand in your way. BallisticNG is an action packed anti-gravity racer and the ultimate AG modding sandbox, developed as a love letter to the original Wipeout trilogy with the authentic physics to match.
$7.99
Visit the Store Page
Most popular community and official content for the past week.  (?)
1.3 Beta 8 is now available!
Aug 17
Maceno Island
We've got the store page for Maceno Island up, be sure to go wishlist it and check out the new Maceno Island liveries!

The DLC will be coming shortly after 1.3s release and it will be a paid expansion. We haven't set a price yet.

1.3 Beta 8
1.3 Beta 8 is now available! We've still got a bunch of content to finish over the next few months before 1.3 is finished, but we've got plenty of new features to test beforehand.

This update doesn't include all of the new bike tracks. We're saving those for the full release.

What is the beta?
For 1.3 we're developing and implementing new modding tools and features, some of which will be part of the upcoming Switch version of the game. We're releasing beta builds for each new feature we add so the community gets to play around with them early.

Unity Tools Notice
While these beta builds ship with Unity 2020.3.5 ready builds of the Unity Tools, they are intended for our internal testing group only. If you want to import the Unity Tools, please make sure you're using Unity 2018.3.8 and import them from the public branch running version 1.2.5 of the game.

Mods built with the 1.3 Beta Unity Tools are not compatible with previous versions of the game and documentation will not be available until the final release of 1.3.

New ship asset mangement system
All internal ships are now built into their own asset bundle files. This allows us to manage internals ships exactly like we have been with custom ships. There's now a slight loading time, but we no longer need to have all of the ships resources loaded into memory, which gives us much more room to cram in more ships and liveries for those ships without worrying about making the game eat more of your system resources.

For both custom racea and multiplayer you can set custom speed multipliers to go as painstakingly slow or as blisteringly fast as you want. Multiplayer now also has options to control the end of race and return to lobby timers.

We've also added a new graphics option to set the displays refreshrate when using exclusive fullscreen and a new gameplay option that allows Orbitronix and Mako to be part of the game's standard ship roster when spawning AIs.

Game state added for speed runners
We've added an enumeration that speed runners creating LiveSplit Auto Splitter scripts can hook into. NgData.Player.PlayerState is the enumeration and it holds the following states:


Bling Pack is now Steamless
Thanks to big changes we've made to our DLC system recently, we finally have a much better solution for the bling pack. The bling pack is now it's own DLC file to validate that you've bought it. As with all other DLC, once you have that file you no longer need to run the game through Steam for any reason.

We've added a new high score game mode. In Stunt your goal is to perform as many barrel rolls as you can before completing all laps. The closer you barrel roll to the floor, the higher the score.

Our approach to this mode was to take barrel rolls and turn it into somewhat of a rhythm game, with the timing of the roll playing an important part in a positive feedback loop to sustain long roll chains.

In this mode barrel rolls are bound to a single button press, however you can still perform them normally if you really hate your controller ;)

The mode works as follows:

Sticking as close to the track as possible is key as spending too long in the air is wasted chain time. Maintaining close proximity to the track is done by pitching down and braking over crests when going at high speeds. The mode is also playable on all speed classes and supports splitscreen!

Stunt will have leaderboards when 1.3 releases. They're currently disabled in the beta.

BallisticNG
134
12
Would love to see a Jet Moto like game on Steam
https://www.youtube.com/watch?v=tJgIv2tzdtU Never was much of a Wipeout fan myself, but to each their own. But you make something like Jet Moto, preferably closer to the first and second game and I'll definitely buy it. Love the extreme speed, agility, off the wall tracks and dangerous stunts, with heart pounding music and goofy at times, but cool racers. No weapons, just some turbos and a magnetic grapple to help swing from dangerous heights or tight corners so you do not crash and burn. And the opti...
9

The Official Pilot's Guide
This guide explains the intermediate and advanced techniques of BNG and how to use them.
282 ratings

♡ ardentgay ♡
View all guides
Tips for Spectre/Zen?
So I've been doing pretty okay and I'm proud of the fact that I'm actually holding my own against Expert AI in Halberd! However, I want to try and learn how to play the spectre speed class. I feel like Halberd was roughly the last time I could take big bends without using the airbreak; am I correct in thinking that most bends greater than 60 degrees will require an airbreak in spectre onwards? Or should I be releasing the acceleration in anticipation of turns. I understand that some maps won't be like th...
15 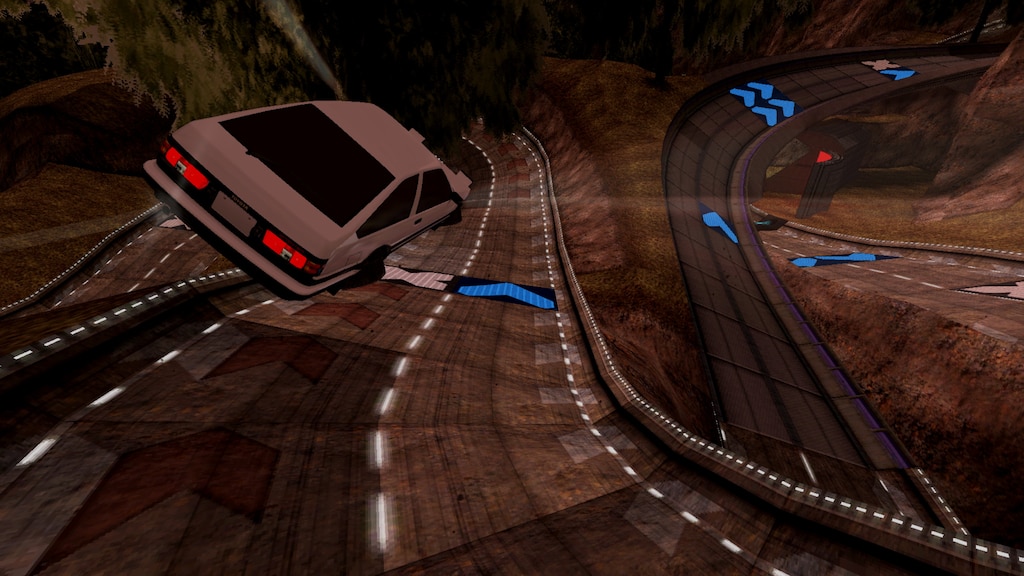 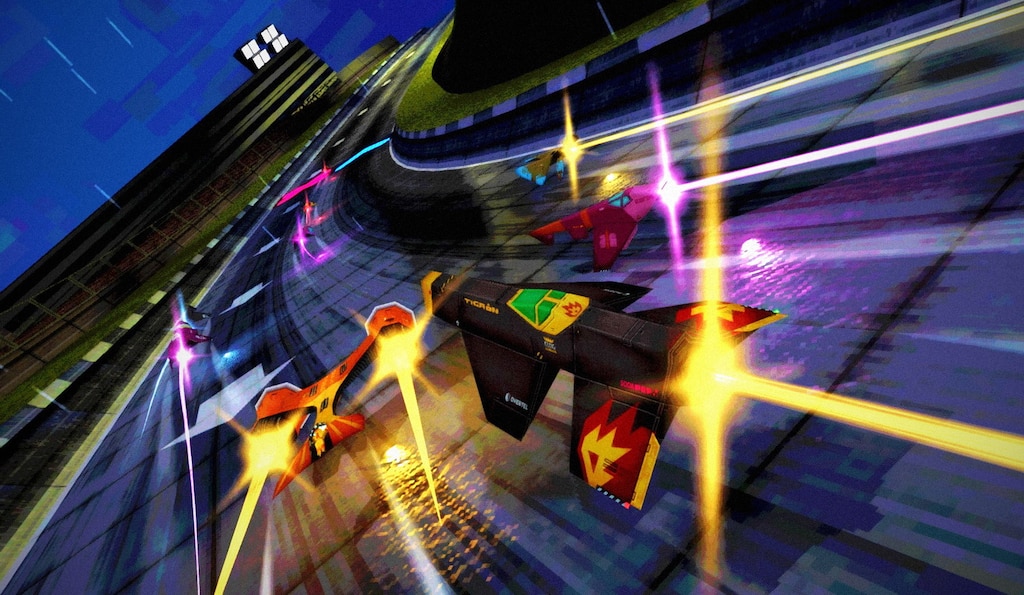 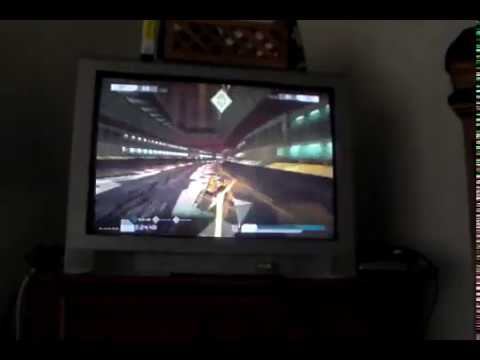 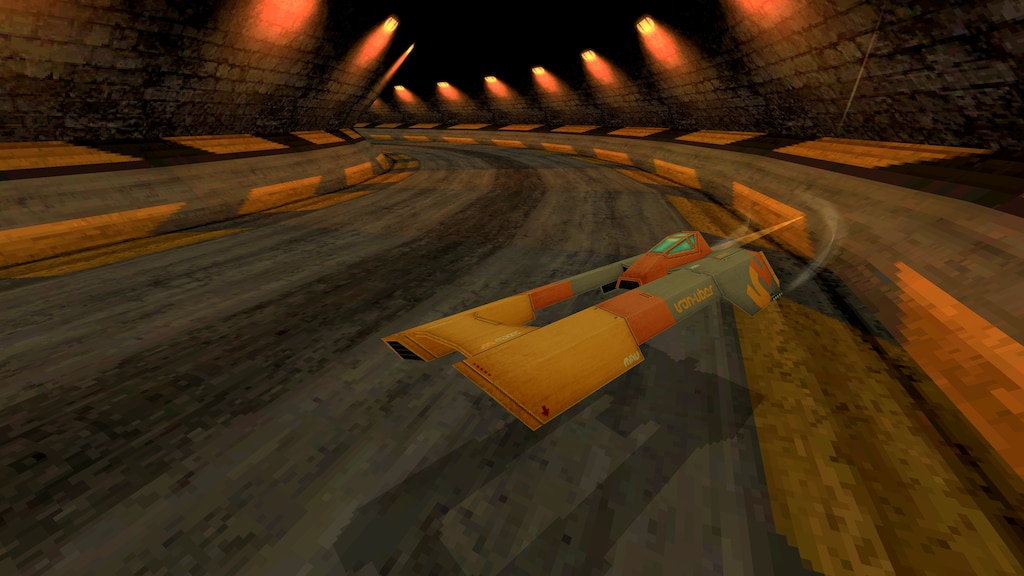 Complete Ship Guide
Hello Pilots. This guide explores the strengths, weaknesses, and overall performance of each ship, so you can find the one best suited to you. Let's get started.
49 ratings 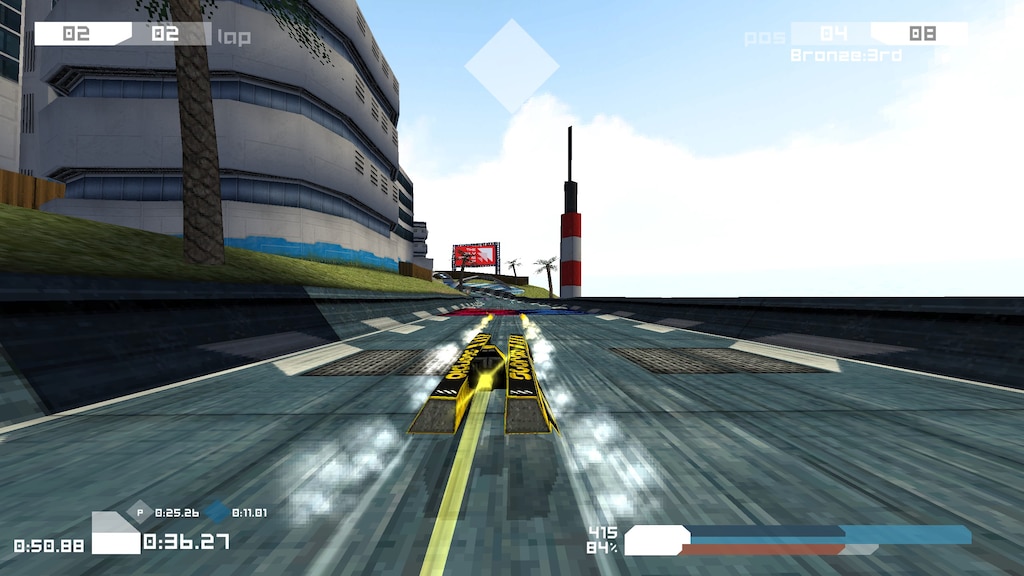 Which ship is the best for you? (Outdated)
A big struggle many players, including me, have when starting a game like this is "What ship/character/class should I pick?" Hopefully I can clear up the strengths and weaknesses of some of the ships.
44 ratings 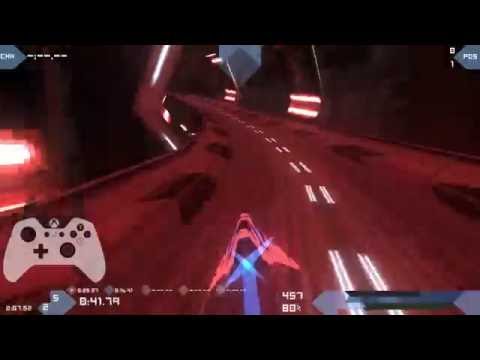 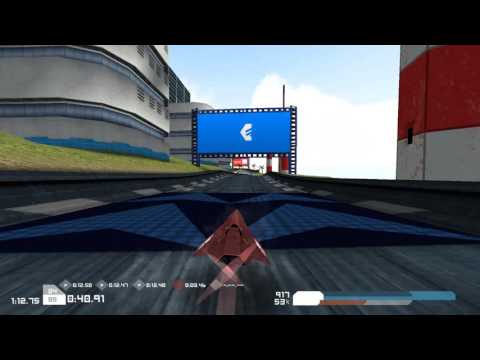 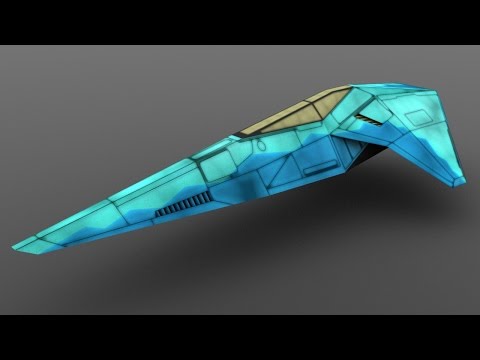 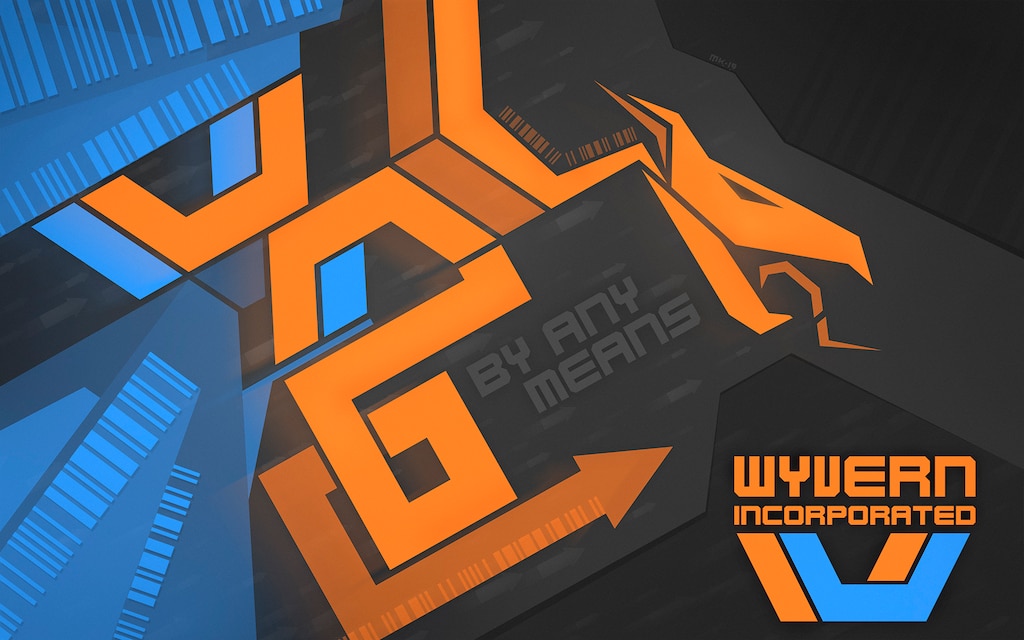 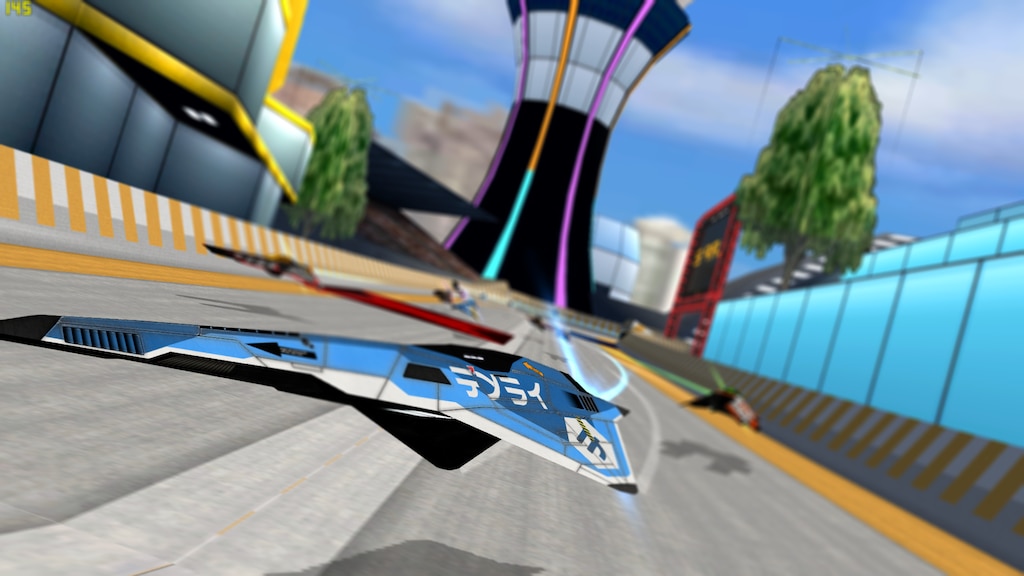 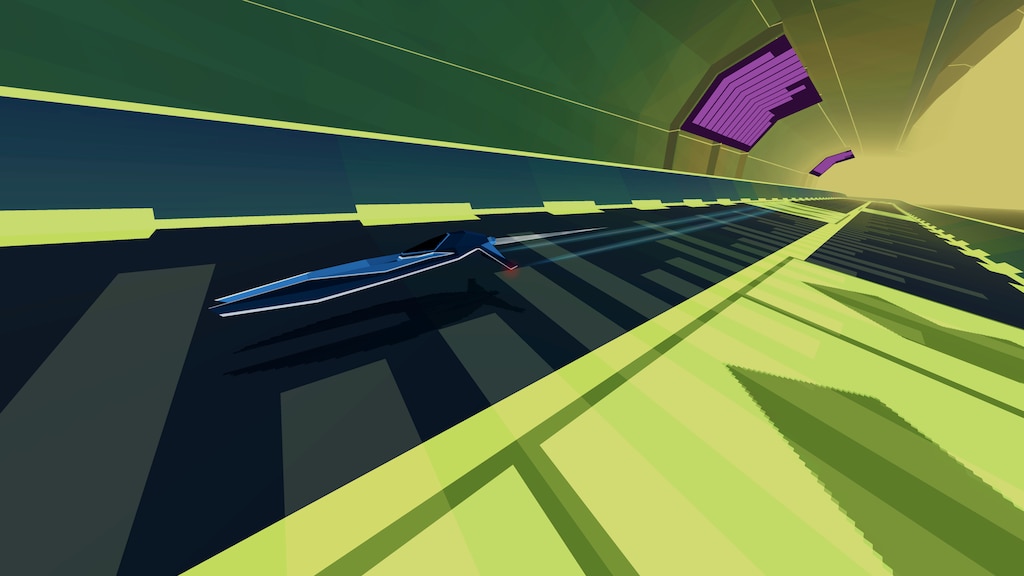 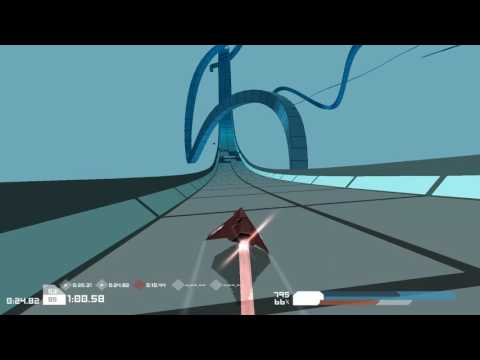 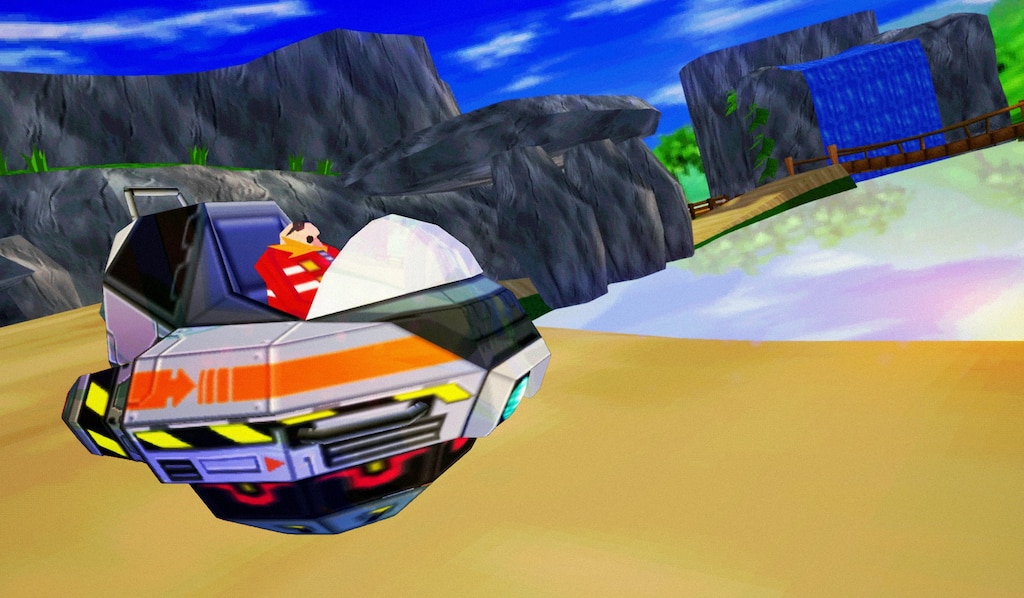 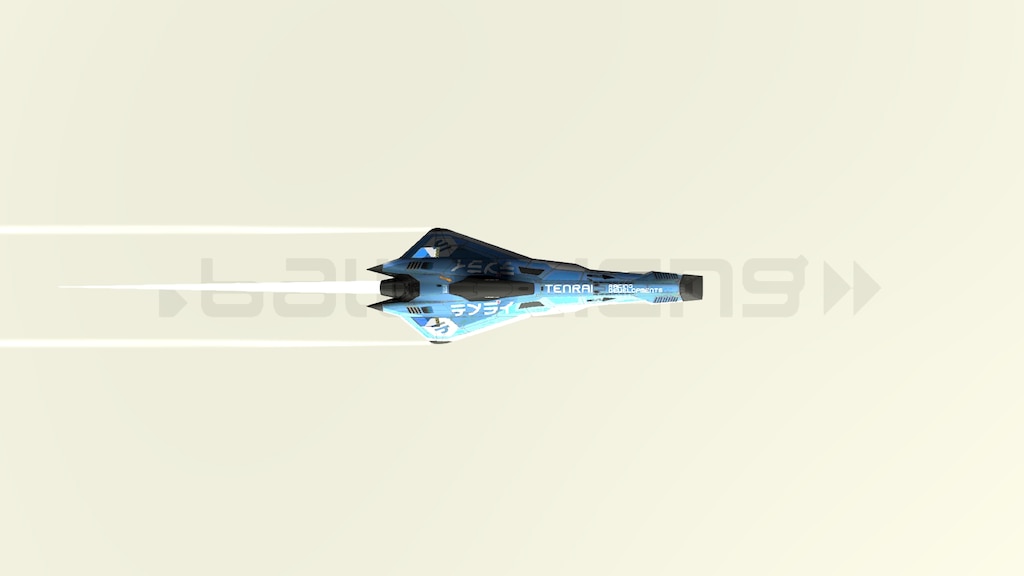 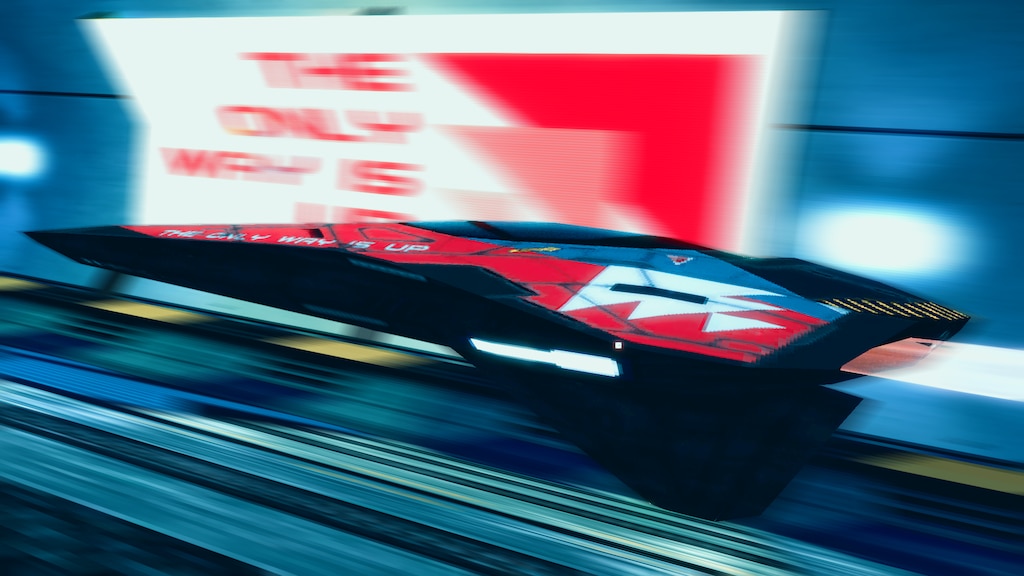 not me
View artwork
Guide 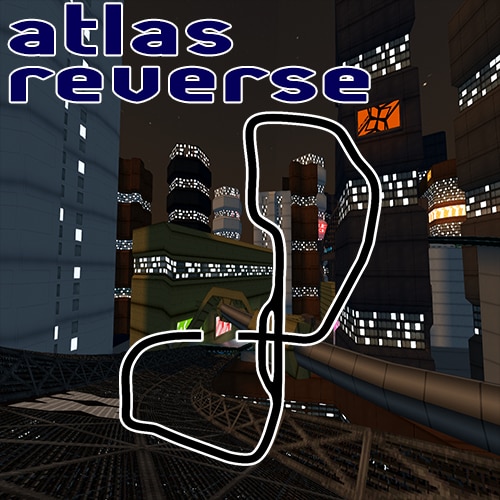 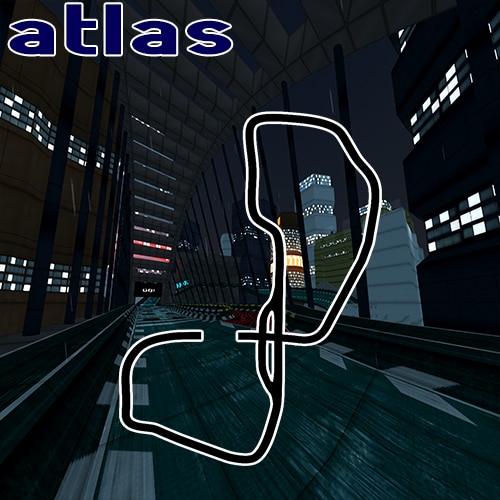 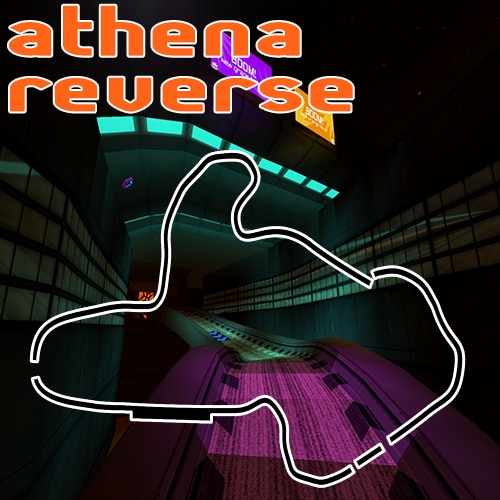 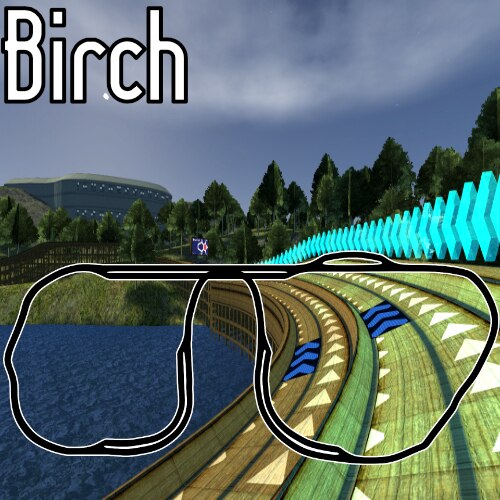 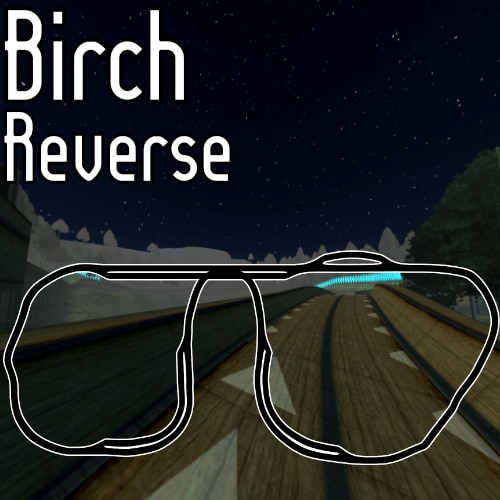 Fritos
View Steam Workshop items
Kuiper Overturn Survival: How?
I'm currently doing the trying to complete the extension campaigns, and then I get to Kuiper. How are you supposed to get good on that track? I believe I understand how to control the ship, but when I reach Zen / Hyper Zen I completely lose control and go off-tracks on some of the turns. Even the anti-cheat triggers and kills me before I somehow get back on track. Any idea on how to play on that track?...
5

Lulzaur
Sep 7 @ 4:29pm
General
Replay Ghosts are a necessity.
I get the itch to play until I remember there's no ingame way to learn from people better than you and the leaderboards contain cheated times. Pointing one of these times out on the Discord lead to nothing but silence; The current system does not work. Inb4 exceptionalists say "you don't need the leaderboard to have fun". No obviously not, but a working leaderboard ADDS A LOT, there's no denying this. So Neognosis, replay ghosts when?...
3

meepmerp
Sep 3 @ 3:56pm
General
No one has rated this review as helpful yet

Recommended
7.0 hrs on record
As someone who only played WipeOut 2048 on the PS VITA these are my impressions:

Incredibly difficult AG racer that really does require you to master and attempt tracks over and over again and requires persistence. Gameplay feels incredibly tight and responsive with each ship feeling very distinct. Maps are quick and tight (maybe a little too tight).

I play majority of this game on Steam Deck and it runs flawlessly. Even with multiple workshop items.

Im still not even close to finishing the Campaign but I do feel like I am truly mastering these tracks and getting better.

If you're in for some difficult fast paced racing, its definitely worth every penny. This game is by no means easy to just pick up and win every race. Each track requires a level of mastery and I'm totally in for it.