商店页面
查看统计:
全球成就
显示
所有新闻
所有新闻
综合新闻
官方通知
Trading Cards
2019年1月29日
We are happy to announce that the Trading Cards for Negligee: Love Stories (adult ver) are now live. Some cards will likely be distributed immediately based on your previous playing time. And more will be available as you keep playing.

We worked hard to create some cool badges to collect as well as emoticons to receive when crafting your badges. We know this is something many have wanted for this game, so we are glad we are finally able to release them to you.

I am happy to announce that on February 8th we will be releasing the version of Negligee: Love Stories which will be available worldwide on Steam.

In addition we are also soon to launch the Trading Cards, at last, for the Negligee: Love Stories (adult ver) which is already out on Steam in many regions, Trading cards coming very soon. 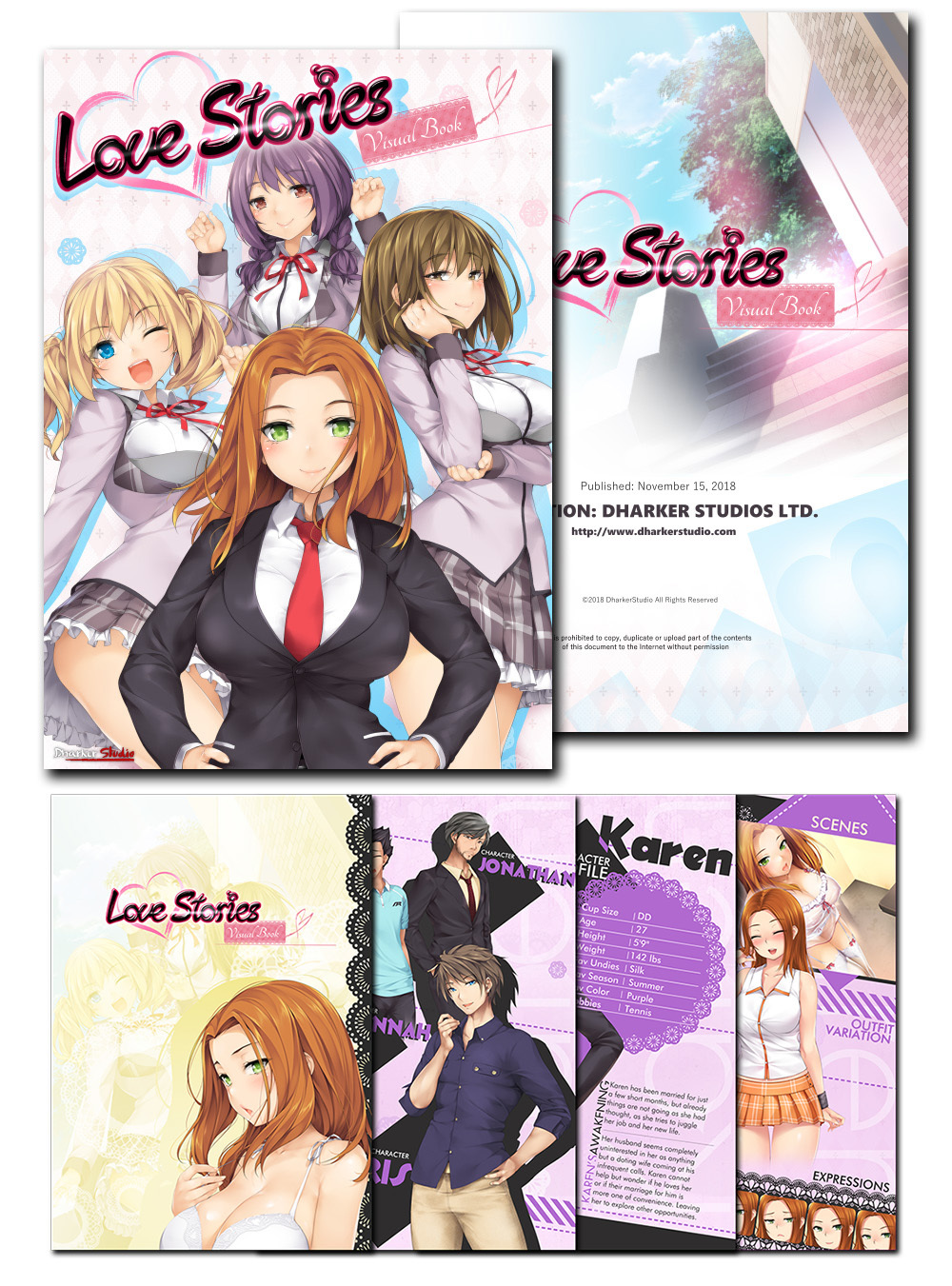 Those who pre-ordered this DLC will have immediate access to the PDF version of the book (which can be found in the games main directory once installed) The DLC can also be ordered normally by anyone else who wishes.

Negligee: Love Stories (adult ver)
3
35
My Senpai Kickstarter
2018年9月17日
Our next game development is now live on Kickstarter, called My Senpai.
It is doing well and gathering steam as it leads into its final weeks, funding extra content and cool rewards.

Checkout the kickstarter so that no matter what happens with Steam, restrictions and releases you can get full access to this next game in a timely fashion.

Negligee: Love Stories (adult ver)
6
39
New Release Date
2018年9月6日
I am happy to say that Steam have now released new content filters including the Mature Adult game filter, and confirmed to us that happily the game can be re-reviewed with this content in mind.

As such tomorrow we will be re-submitting the game for review in its fully uncensored format.

Giving enough time to not only re-review the game and prepare everything but also potentially refine the game further and add in some more art and images before we release the game on steam fully uncensored as it was originally designed.

Update: The game has completed the review process and will be released on schedule this Friday, 100% uncensored.

We have now received a response, essentially Steam have advised the following:

"We’re right in the middle of building some features into Steam for customers to be able to choose the type of products they see in the store. Your game has content in it that needs these features to be completed and shipped first. You’ll have to do some additional store page work around describing the content in your game once we have completed those features. We don’t have an exact timeline for those features though, so please be patient as we complete the work."

From this response I as a company requested to know if these new 'required' features would take weeks, months or more and have now been advised:

"Assume months at this point. The work is progressing, but not close enough to give a time frame."

Unfortunately that means that Negligee: Love Stories will unlikely be released on September 7th at this time (ON STEAM). We have appealed this decision stating that the game has been censored in the same way all of our past games were and hope they will consider allowing us to release anyway, but so far they have advised even the censored suggestive only version is still inappropriate until the new features have been designed and added to steam.

All DLC for the game and a Deluxe edition will be made shortly before the full game is released so as to ensure the Deluxe edition is visible when the game goes live for sale.

To ensure you are notified of its release, so you can get the game while on discount please follow the game or better yet add it to your wishlist.