EmergeNYC is a genre-bending simulation of New York City's Emergency Services. Drive over 30 different firetrucks, police cars, and ambulances alone, or with up to 32 of your friends through busy New York City Streets with blazing sirens and air horns.
$24.99
Visit the Store Page
Early Access Game
Get instant access and start playing; get involved with this game as it develops. Learn more.
Most popular community and official content for the past week.  (?)
Hotfix 0.8.3C is live!
Jun 4
3rd hotfix 0.8.3C is live

Fixed the Upside down flag inside 222’s firehouse

EmergeNYC
0
18
Looks awesome!
But the textures/vehicle models could be much better devs please update them!
3

Diligence
6 hours ago
General Discussions
Hotfix 0.8.3B is Live!
Jun 4
*A note to all DX12 Players who have the black graphics issue, it has been reported that if you turn off Volumetric clouds in the weather UI (press f5 then first dropdown box under quality to none), the issue can be fixed. *
0.8.3B is live on all branches. Our second hotfix in 12 hours. This update fixes the game breaking issue where Emergencies would no longer come in as well as a dozen + other bugs reported to me by the community. 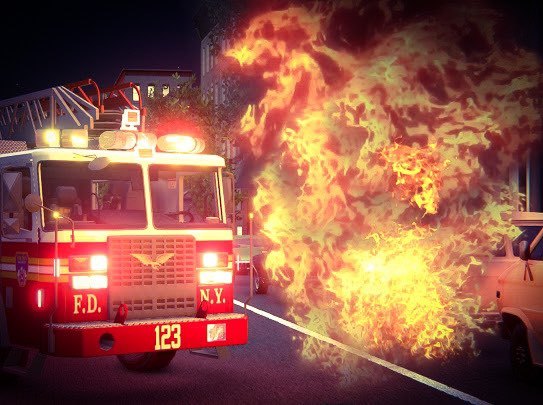 Fixed an error in the Emergency Loop breaking and causing no more emergencies to come in
Fixed the MDT breaking and no longer showing, this was due to hitting the backspace key. I disabled that.

EmergeNYC
0
30
Brooklyn Update 0.8.3 is Live!
Jun 3
Our biggest update to date is now live on all branches! Please read all of this while downloading.

Welcome to Brooklyn, the Borough of Fire. Brownstones, Tenements, Taxpayers, Projects, Private Dwellings, Warehouses. Brooklyn is the opposite of Manhattan’s bustling streets, avenues, and highrises. The Bedford Stuyvesant/Crown Heights areas of Brooklyn are notorious for their volume of working fires each year.

Our main goal this update was to address the two main issues. Bad Performance, and Multiplayer. This update does just that. I was able to find the main components attributing to the lag and redesigned them to work more efficiently. The performance is day and night now for MUCH smoother gameplay. This is the optimization update everyone has been waiting for.

Second, we all know firefighting is not a one man job. It’s a team effort. The ways that we can simulate that in our game is via AI firefighters, or having your friends (or strangers) join you in a Multiplayer lobby to team up and work together. Multiplayer is a completely new and finally enjoyable experience. The lag, unsynchronized mechanics, and game breaking bugs are no more. The game runs as smooth as a single player game and 95% of all mechanics are synced and work as they should. Below you can find a full changelog of Update 0.8.3 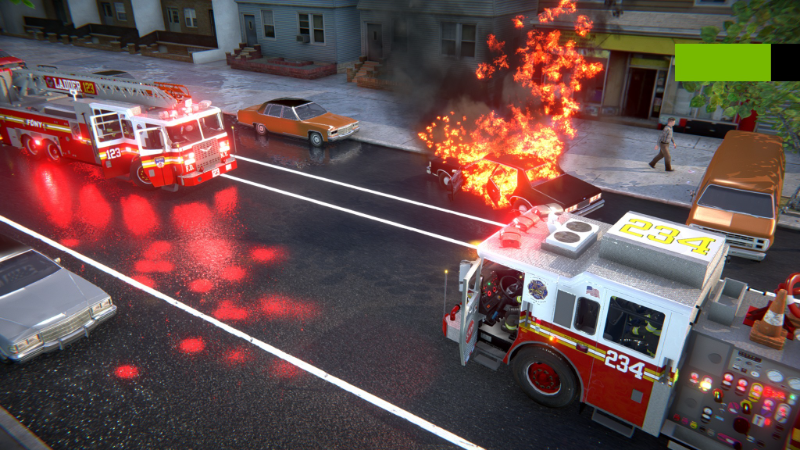 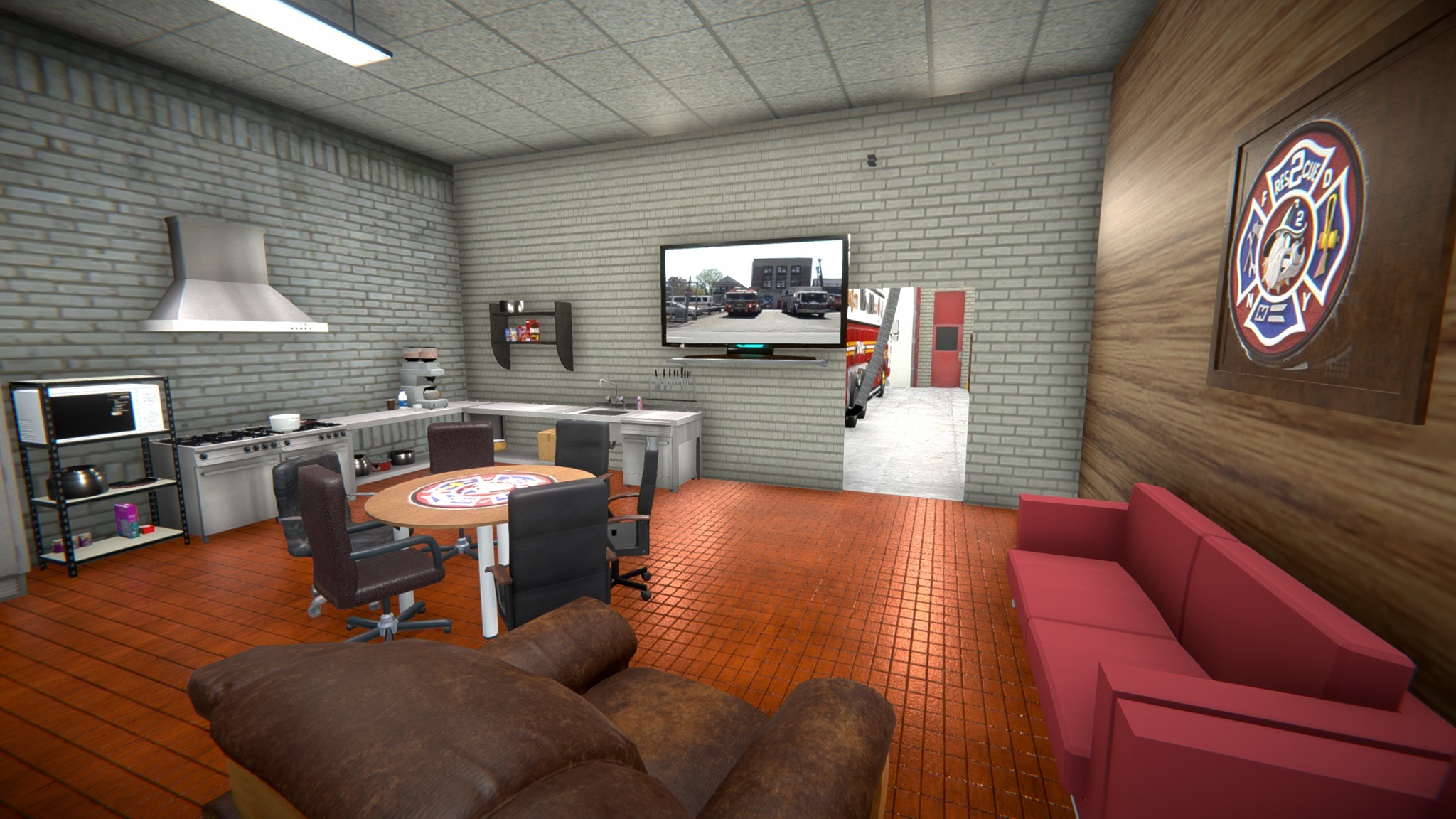 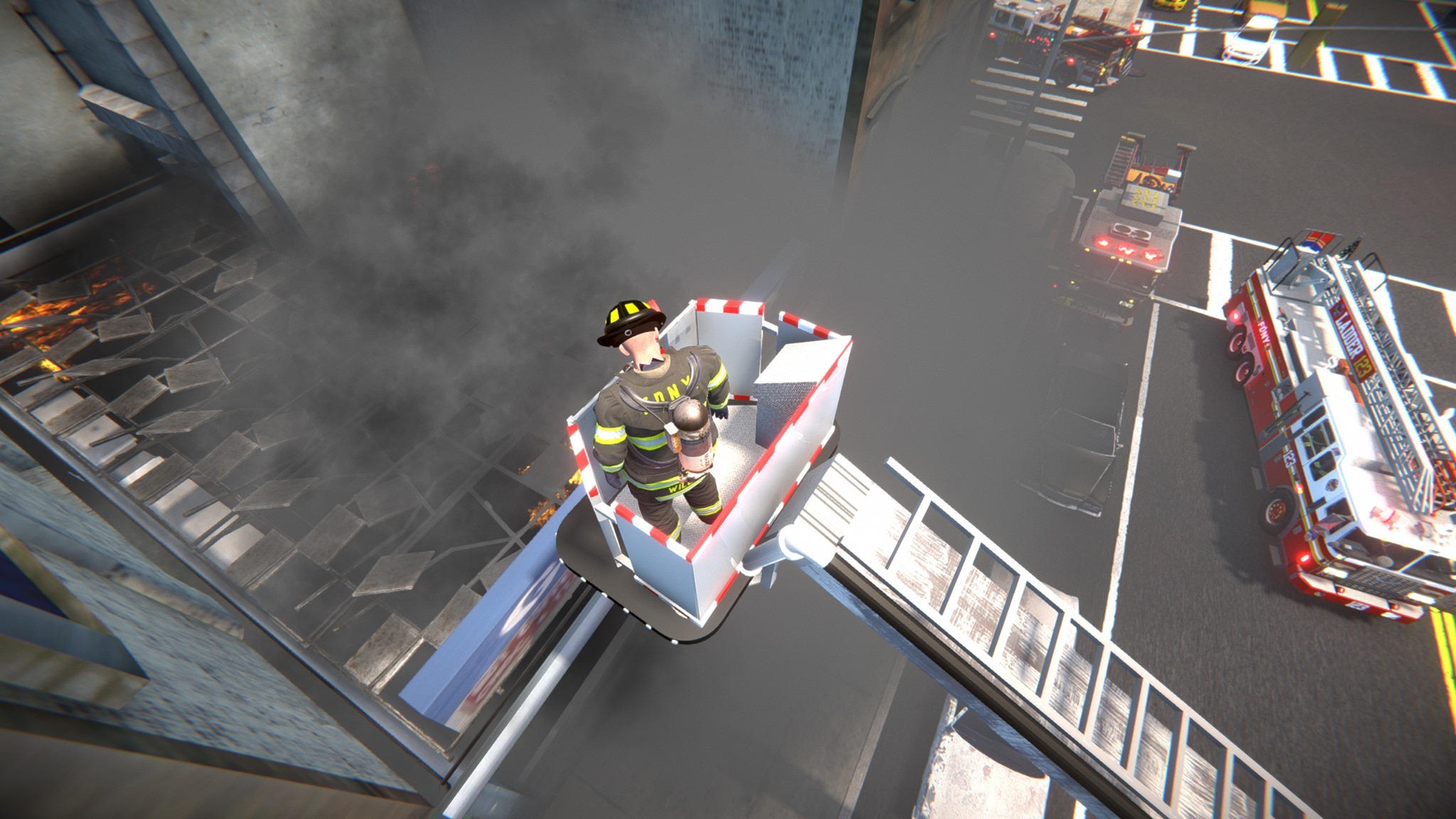 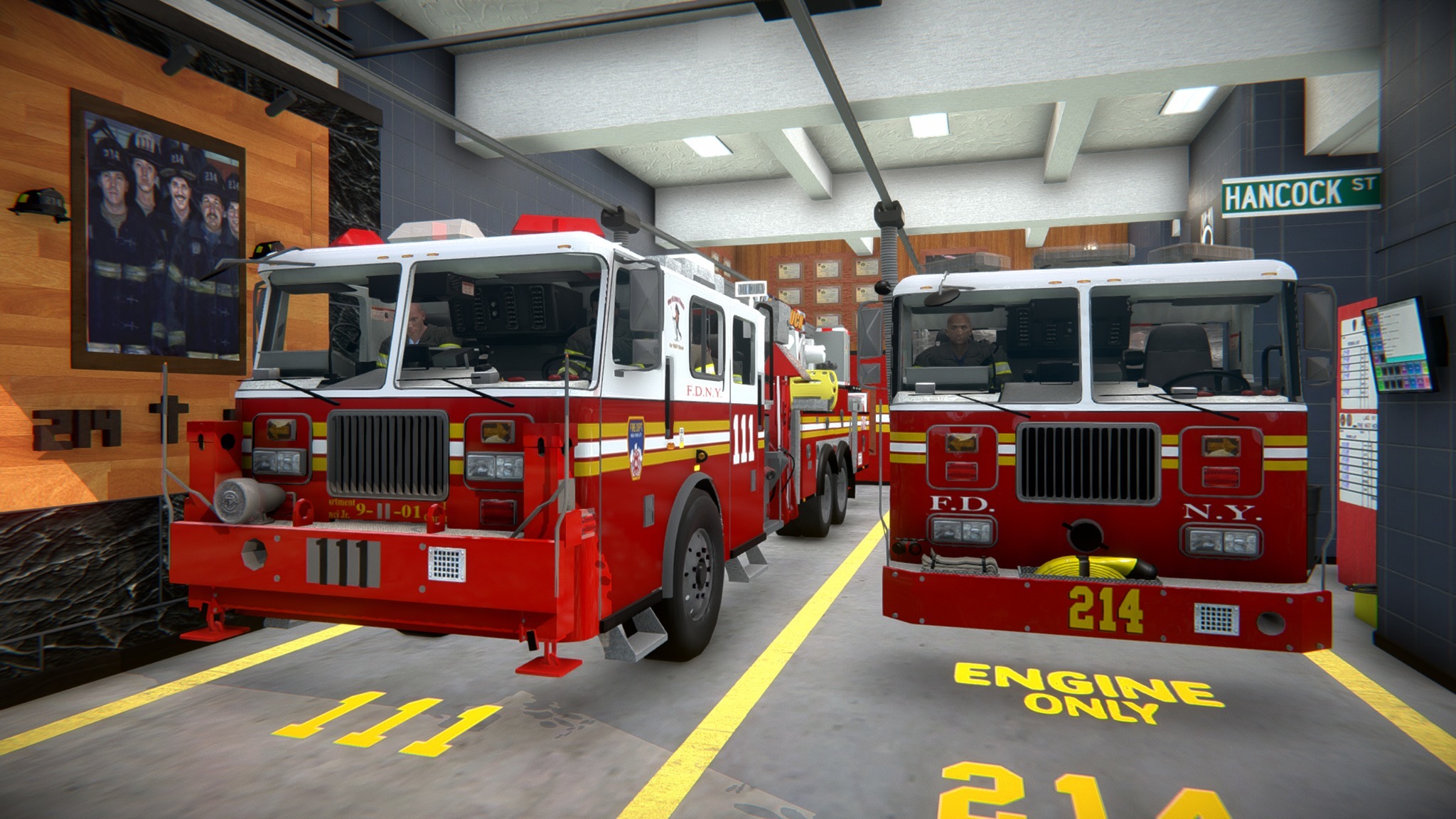 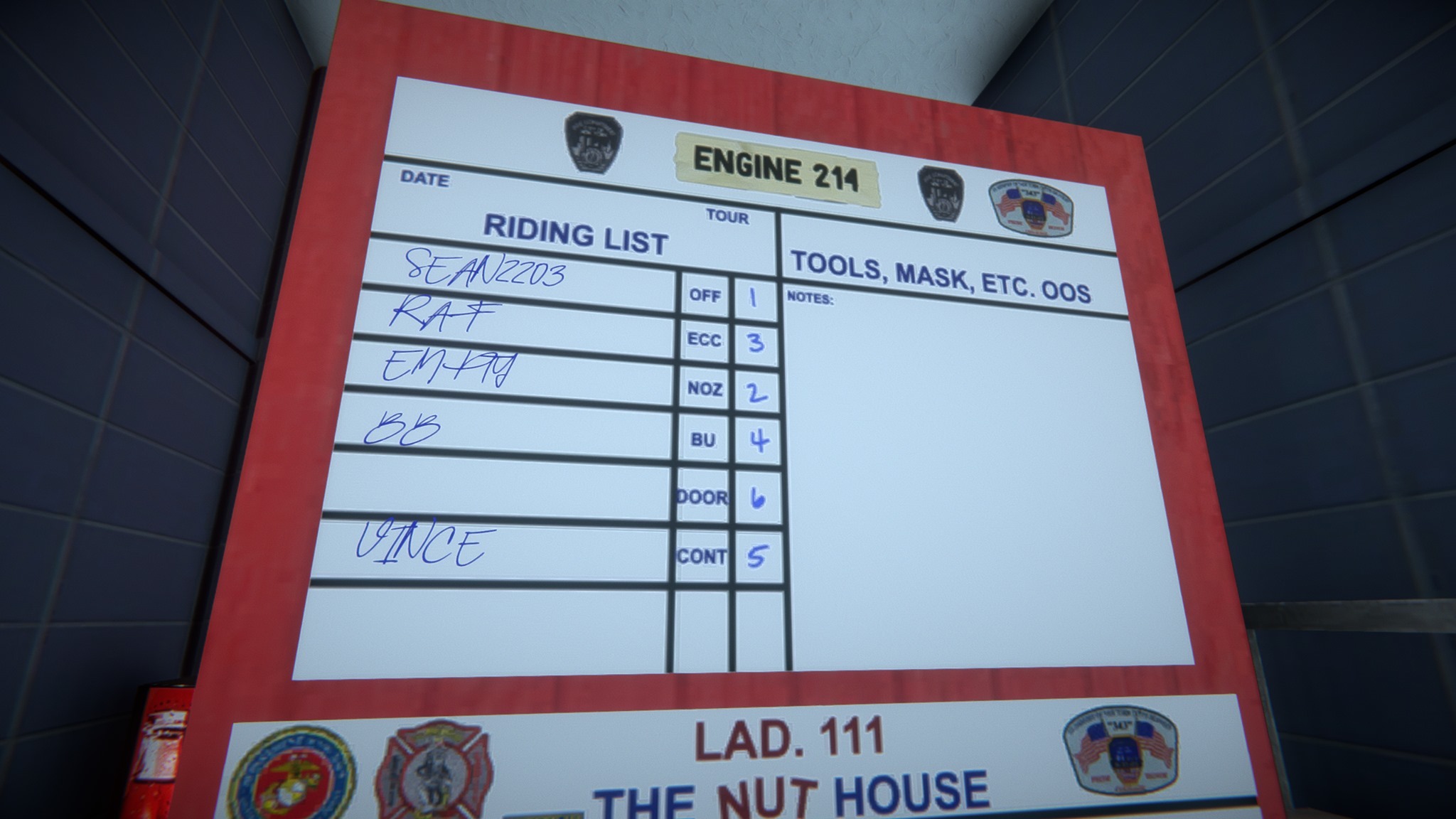 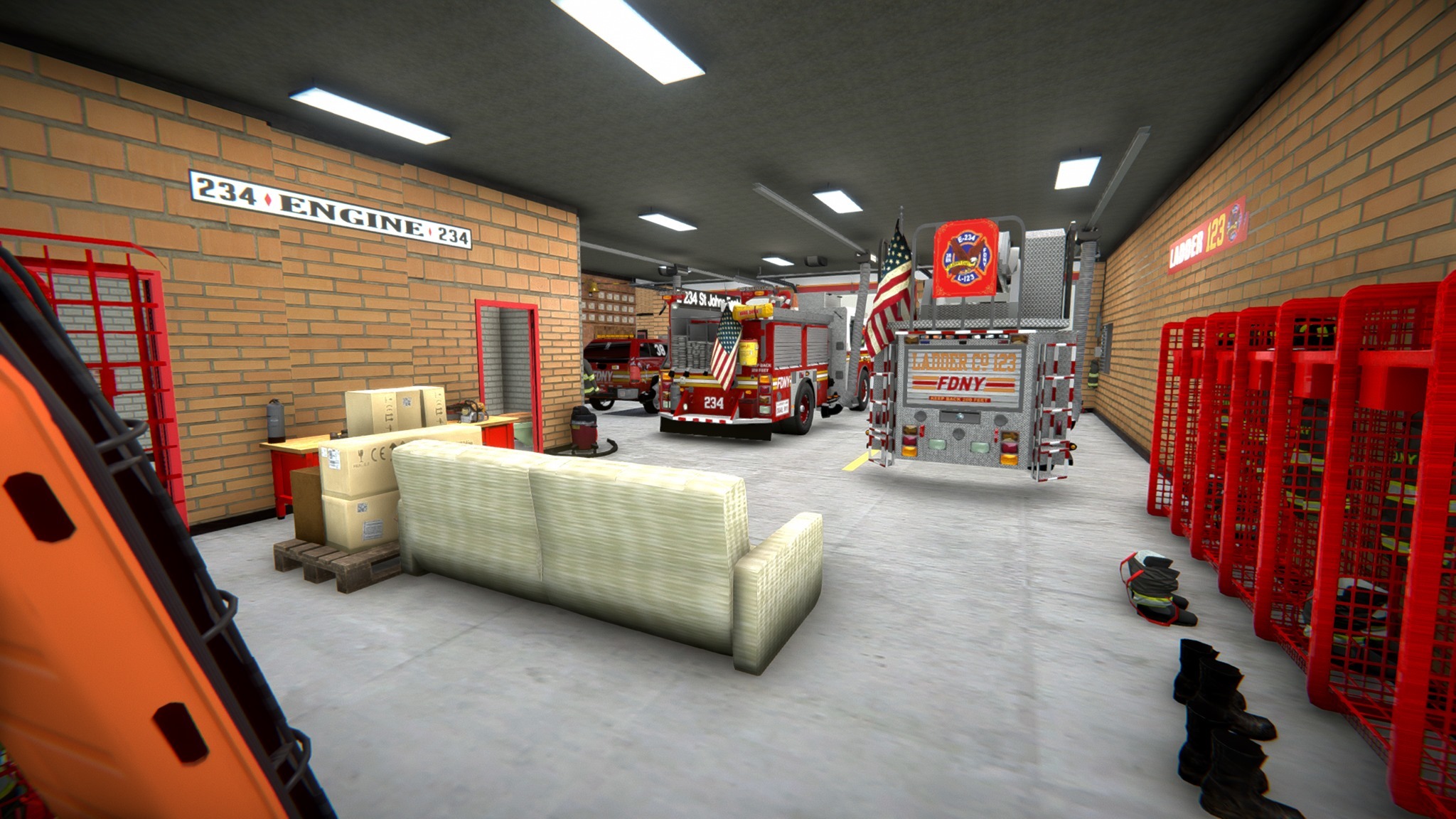 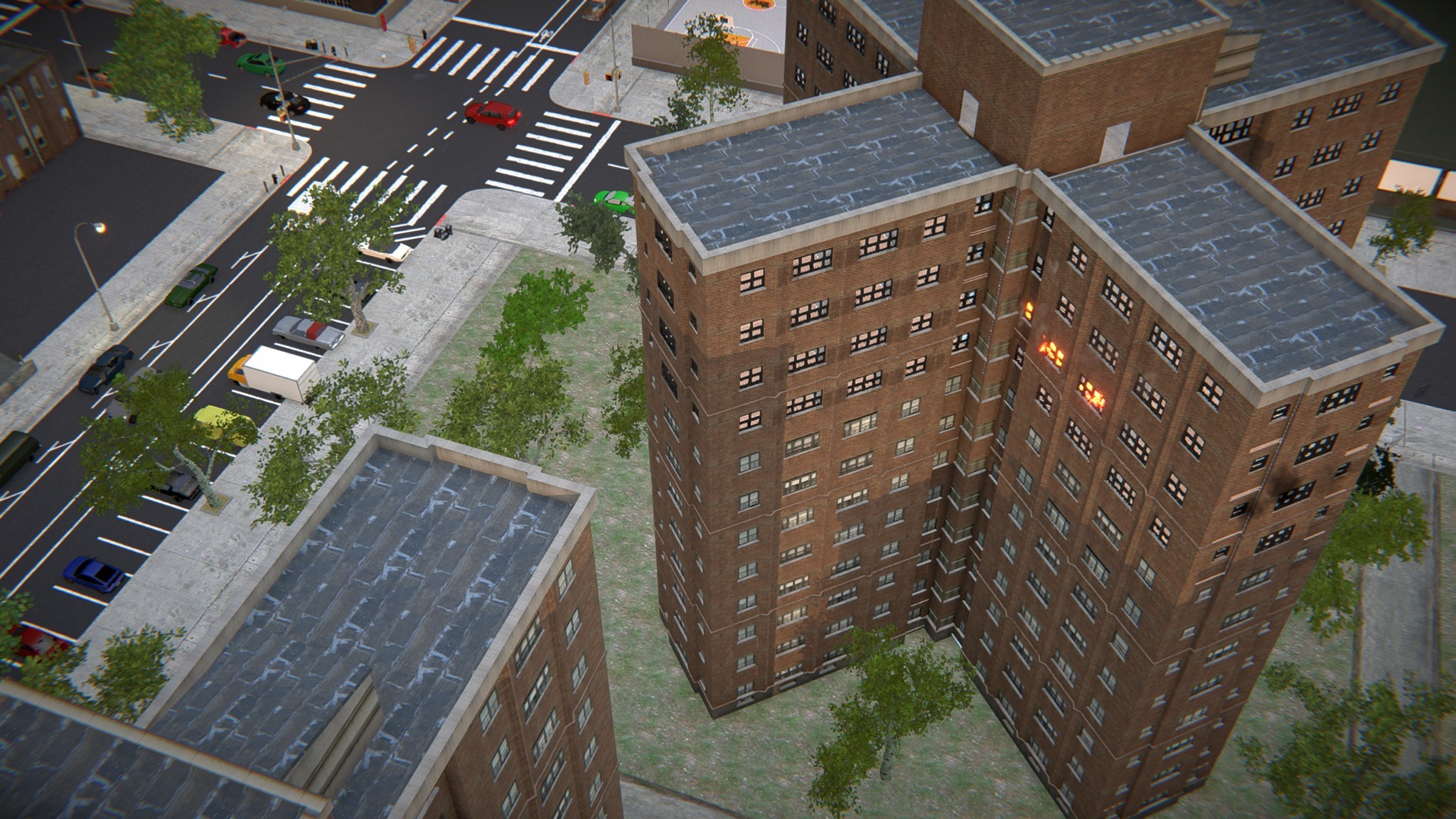 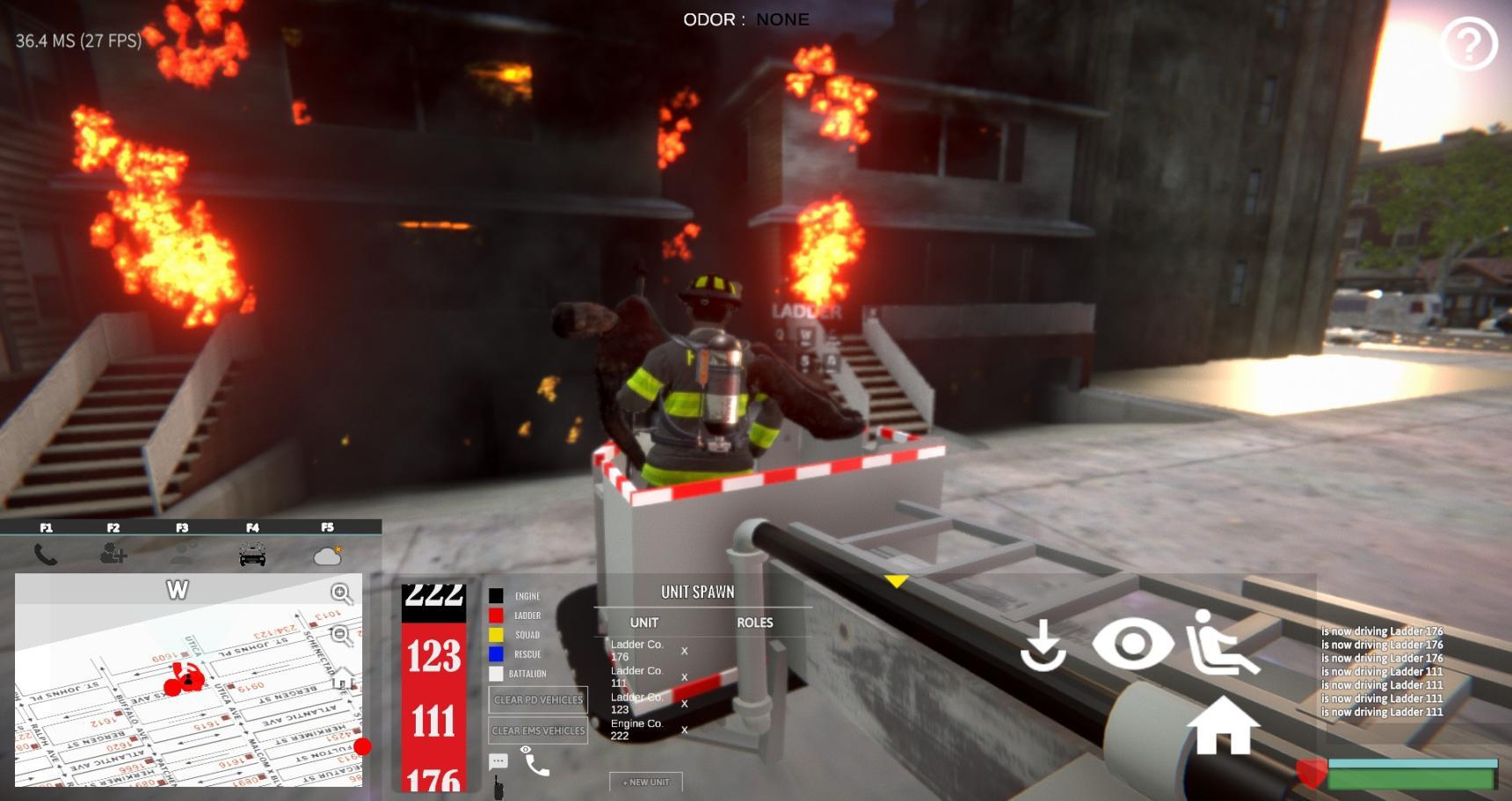 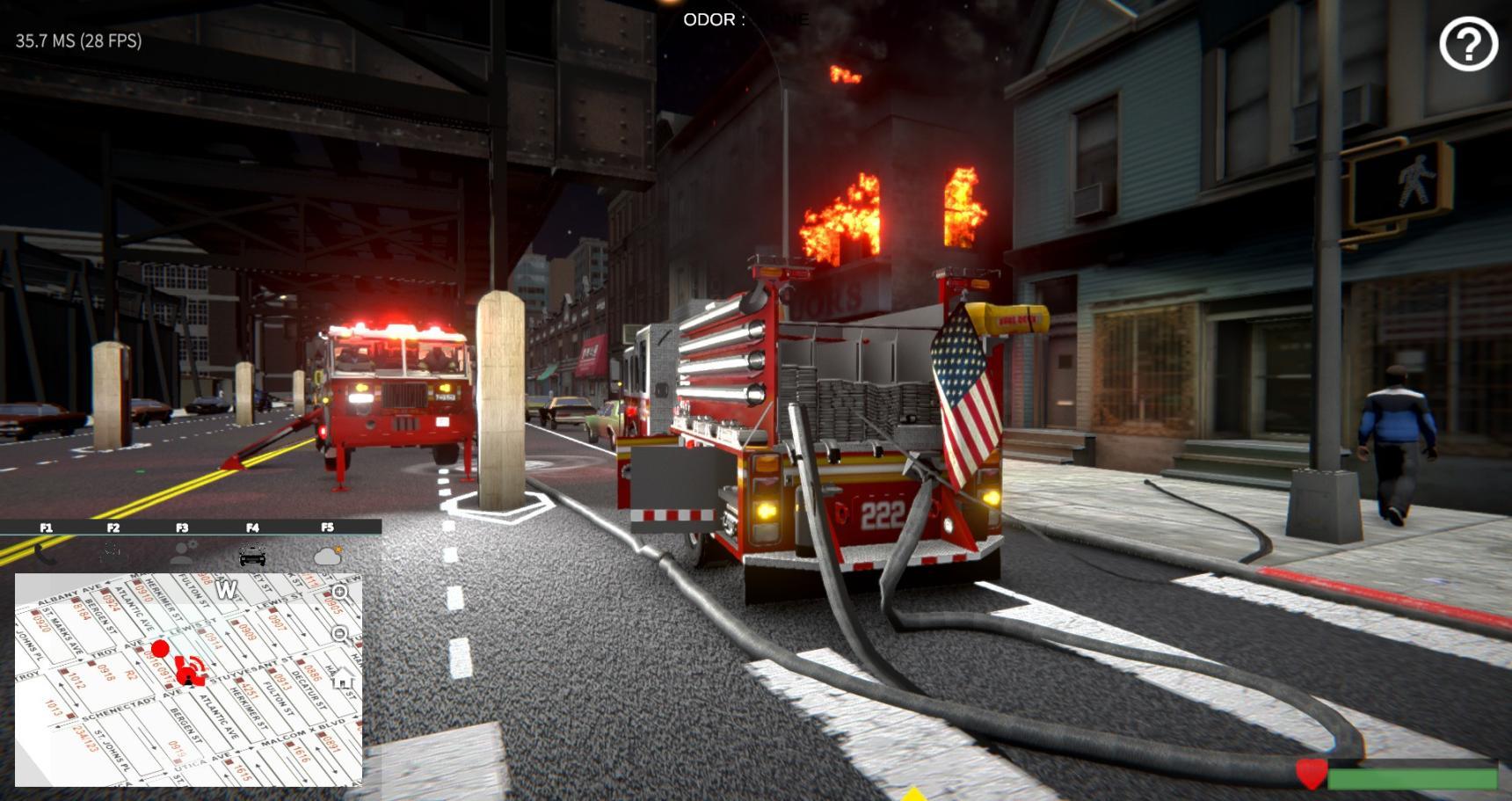 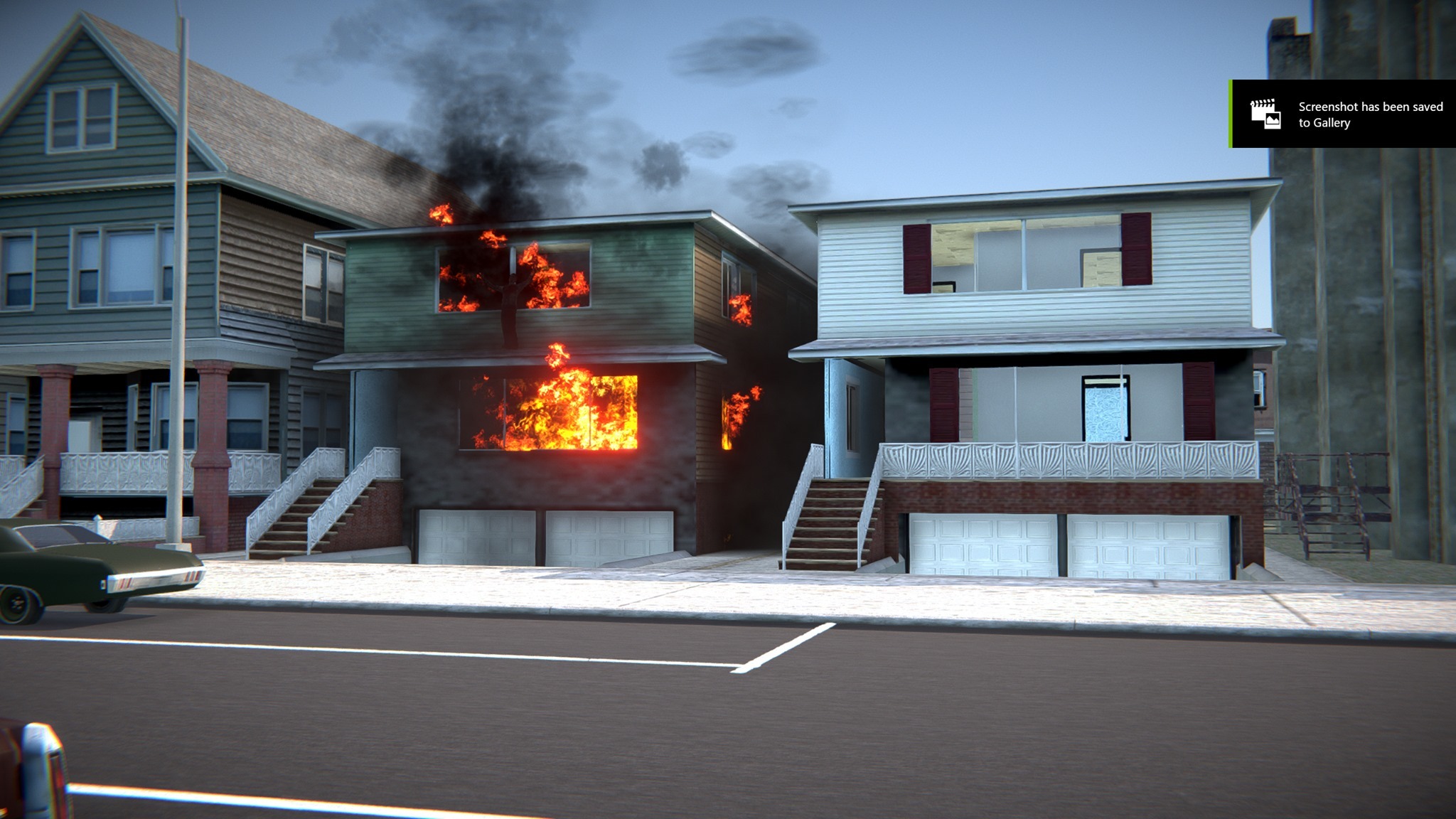 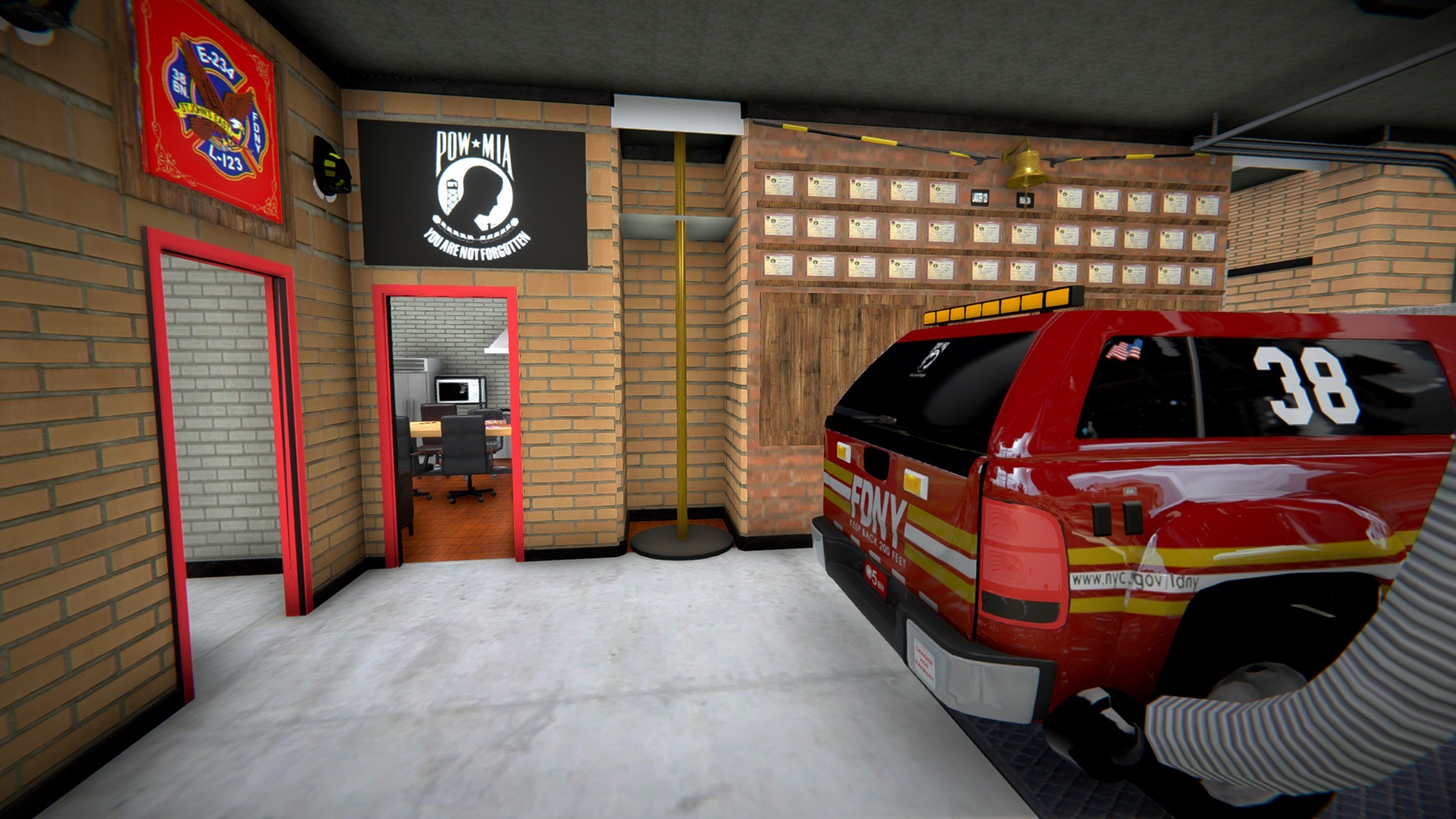 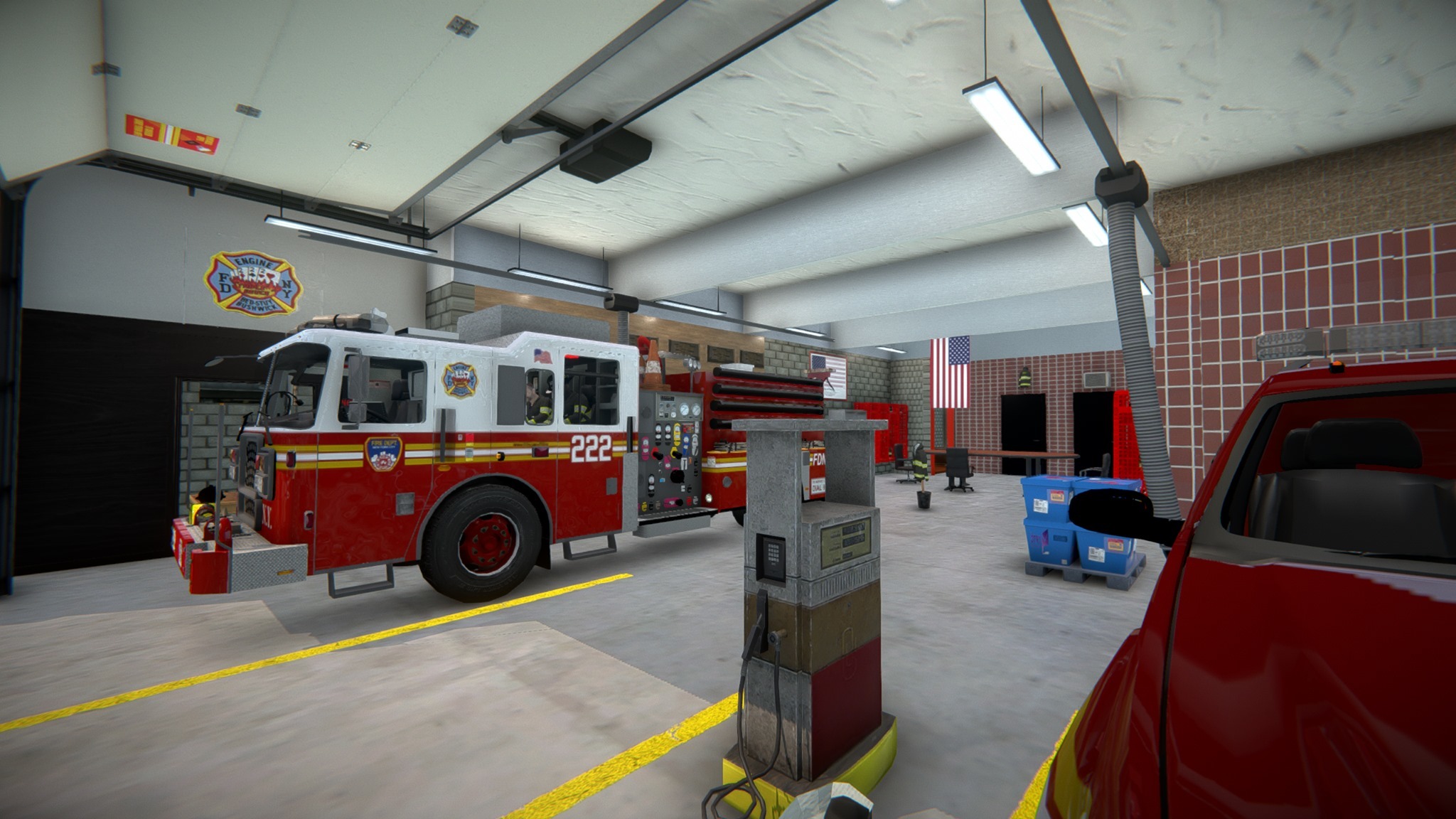 But first, a Note from Raf:

Firstly I want to thank everyone who plays or has played this game. You guys have given me the opportunity to do what I am passionate about and what I am good at and I live a happy life to be able to wake up excited everyday to bring this vision to life. This is my life’s work and I am extremely proud of it. From the start, the game has received mixed reputations of being a laggy buggy mess, and that's fair. It was. This project has been a learning process for me and I can say confidently that I am much better at my job than I was in the past. Over the last 2 months I have learned so much when it comes to game development. Something in me just took over and my brain turned into a sponge. I learned how to code, I dug into the core of the game to find the main issues that would break the player’s experience. We all know what that is; game breaking bugs, unbearable lag, and a horrible multiplayer experience. But through these years of learning as I go, throwing a hail mary, and hoping for the best, literally dedicating my life to this. So many of you have seen the same vision that I have. Thank you, and I hope that this is the update that can really get the game to where it should be. At this point, I can confidently say that EmergeNYC is, without a doubt, the best Emergency/firefighting game/sim out. There have been many respectable attempts like Notruf 112, “Firefighting Simulator” which hasn’t posted a word since 2017, Into the flames, which is promising but still is years behind. I feel proud and honored to be the individual leading this genre right now.

A new Brooklyn Based Map
100 New Emergencies
Over a dozen new building interiors
4 Furnished Firehouses based off real life companies
Accurate street signs and one way signs on poles indicate your location
Minimap with one way directions, street names, and box numbers
New Map has functional traffic, and pedestrian traffic
Dynamic ambient noise depending on what area of the map you are in
Added button to spawn all units at once
Ex FDNY Brooklyn Dispatcher voice acting for a lot of emergencies

New Firehouse Interactions
New animations such as sitting at the table, smoking, talking on the phone etc.
Watch youtube videos on the TVs in the firehouses
Firehouses now have ambient zones meaning it will be quiet in the kitchen and apparatus floor
Firehouse alert screens show the active emergency information
Working Exhaust Hoses on Apparatus floor that automatically connect and disconnect

Biggest Multiplayer update
Added VOIP with Global, fireground, and dispatch channels complete with radio sound effects and mic clicks
Readded in game chat
Improved stability
All mechanics are now synced in Multiplayer
Huge Performance improvement
Added ability to help up a downed player firefighter (Will expire after 60 seconds)
Added Mayday Alert Button that will play the Mayday tones to all players
Synced 95% of all mechanics 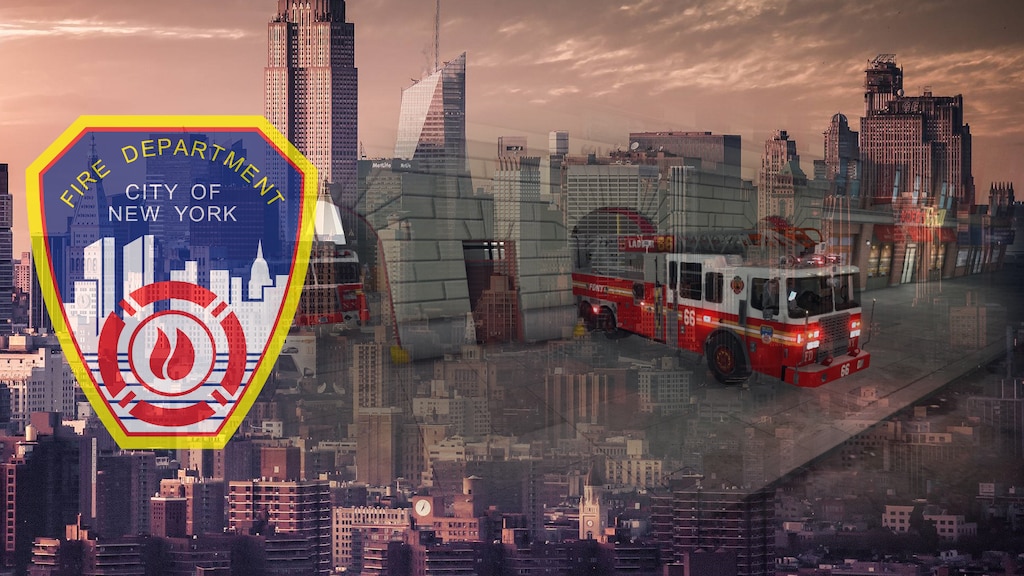 Airborne ✓
View artwork
Thoughts on 0.8.3
So i've held little hope for this game turning around but i'll digress and post what I think about the newest patch. Obviously, from the hype of this, it seems like this one of Raf's last hopes to really right the ship. For a little bit there, the revie...
8

Kovieeee
1 hour ago
General Discussions
Few more issues but a leap in the right direction.
When trying to play multiplayer I cannot see all the rooms. Sometimes they ll appear and disappear one at a time. Even when I host a room my brother cannot see it unless he is in the lobby at the moment I create. I ve had a few times when the game crashe...
4

10 Codes of the FDNY
all info are from http://www.fdnewyork.com/ Change Log: 10/4/17 Added FDNY Radio Terminology Fixed up layout
11
57 ratings 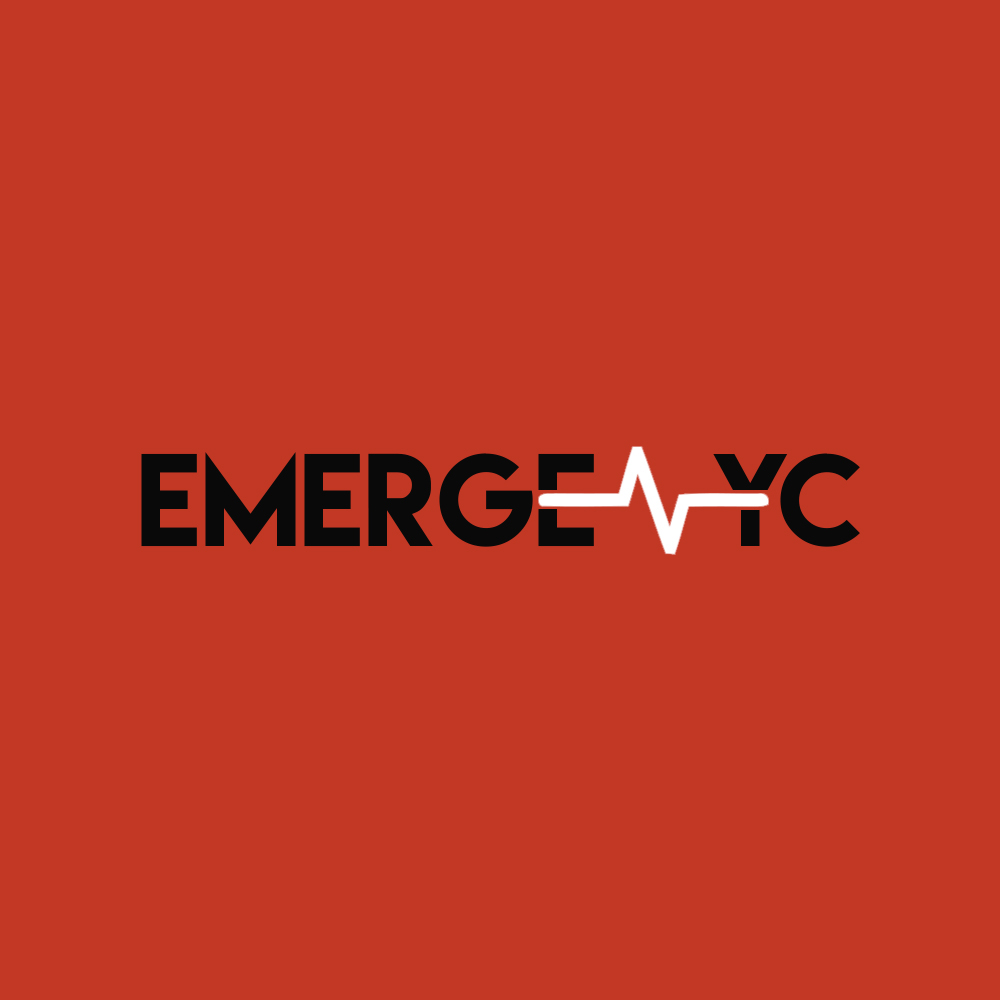 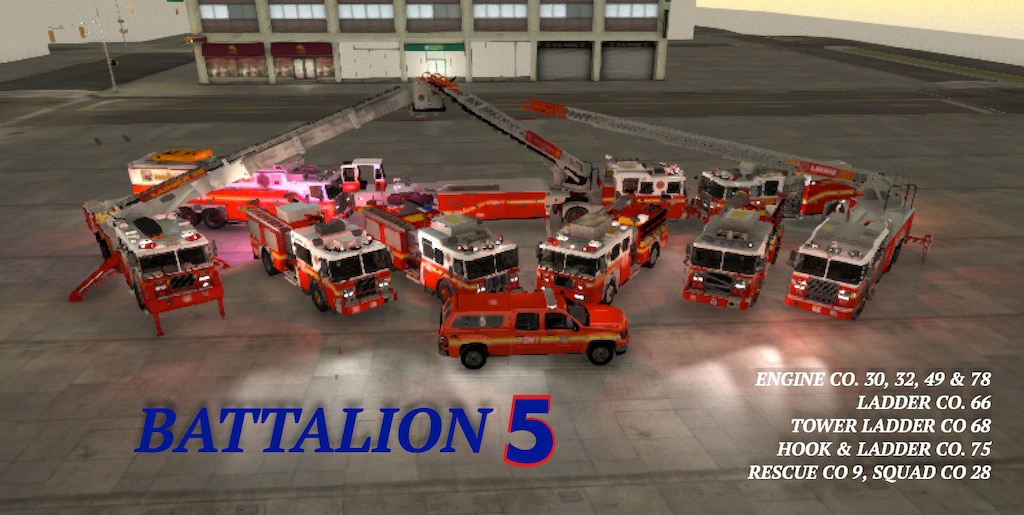 medic4523
View artwork
Soo..... what happened to Manhattan and Montgomery?
I went to play the game and the only map I could choose was Brooklyn. I'm always up for trying a new map but what happened to the other two? Why cant I find them?
3 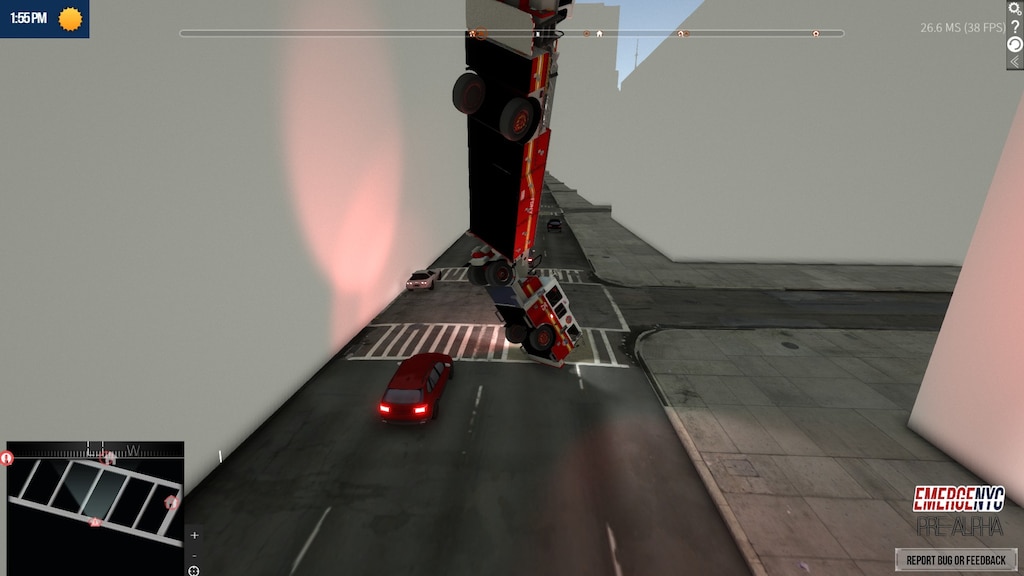 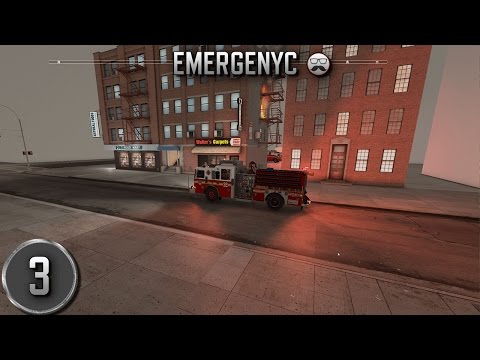 Controls of EmergeNYC
This is a guide for controls, I apologize if anything is wrong, PM me or comment and I'll fix it immediately.
82
32 ratings

Quarters Locations and Map Orientation
This EmergeNYC guide is to help members of this community in orientating themselves to the Fire House Quarters locations and street design in response to calls for service. If Hospital, EMS quarters and PD precincts are or when they are implemented this g...
4 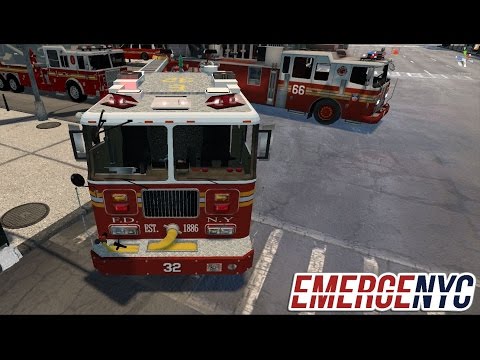 Not Recommended
73.1 hrs on record
Early Access Review
This game is practically unplayable at times and its super dumb. From the lag to broken cameras its hard to enjoy 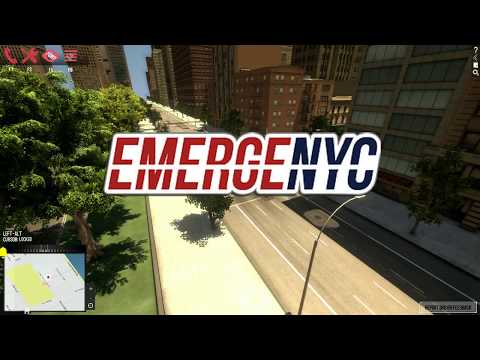 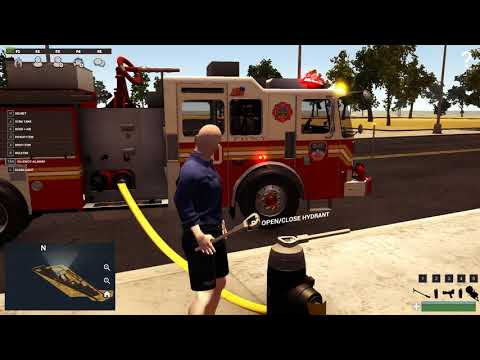 Not Recommended
34.1 hrs on record
Early Access Review
[EN]
I have a game from the beginning of its release in early access. At first, the project developed promisingly, unfortunately the developer is focusing on adding additional content, instead of fixing bugs and refining the game. I talked my friends into buying the game, and now I feel stupid that they had to buy it.

Although this is early access, my patience has limits.

Disadvantages:
- Graphics for the Unity engine, many other games look much better.
- CAMERA, horror, it is very difficult to operate.
- the characters could scare you in haunted houses
- bugs, bugs, bugs and repetitive bugs. Patches fix bugs and add new ones.
- no workshop, no mods. Maybe some modder would fix the game and make it more beautiful.
- EMS, since the content was added, it still works like ♥♥♥♥.
- The police ... why it was added even if the medics would not be finished.
- Multiplayer still needs refinement
- Interactions with vehicles, you can buggy in the same interactions with the vehicle.

There is still a lot of it but it is a pity of my nerves.

The project exceeds the ambitions of the creators, my advice is if you can't deal with fixing bugs or stupid decorating the game, where the windows look like someone painted them in paint, hire someone extra to help, because you earn money but focus not on what you need.

When the game gets "dazzle" I may change my opinion. At this moment do not buy this game.

Recommended
26.9 hrs on record
Early Access Review
It takes time to learn the game but if you put a lot of time and effort into learning it, you will learn. I love this game and am glad to see how much effort the creators are putting into this game. 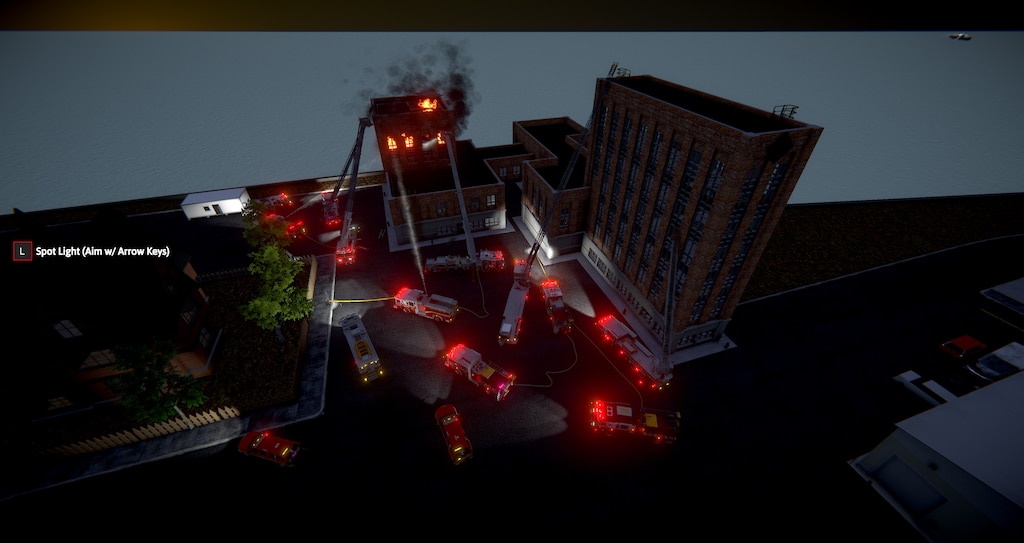 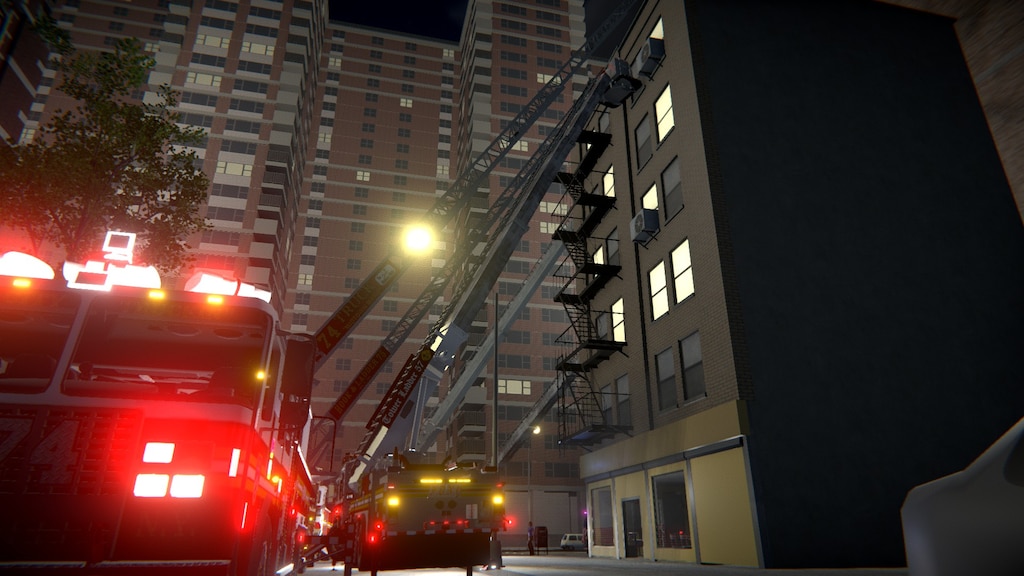 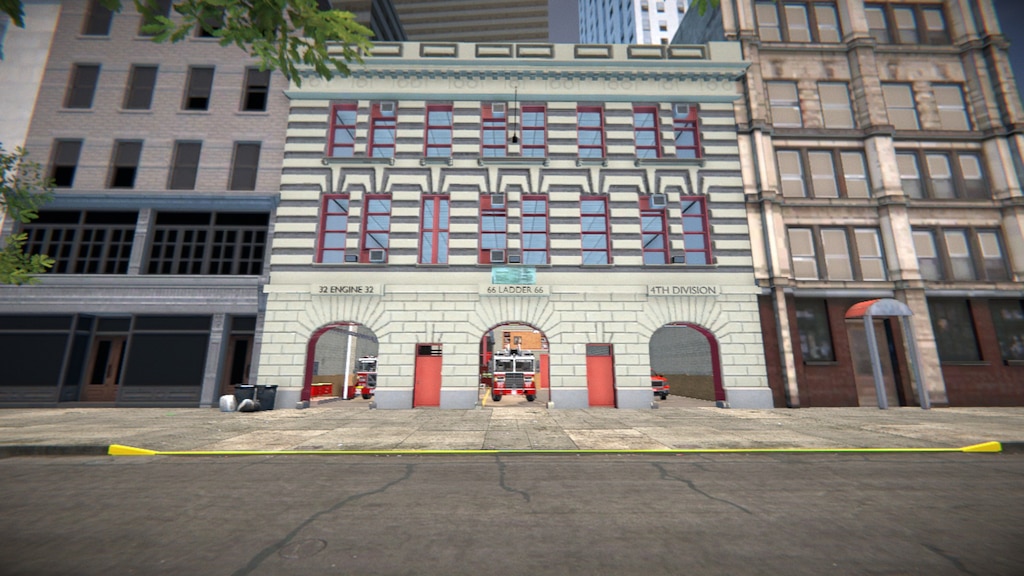 Medic'N'Makeing16
View all guides
Questions
I ve just played this for half hour and it has been a while. 1.In Multiplayer can I select my server region, I used to see an iption on the left side but it s not there now. Are there multiple servers running yet. 2.How does the ingame VOIP work. I canno...
3