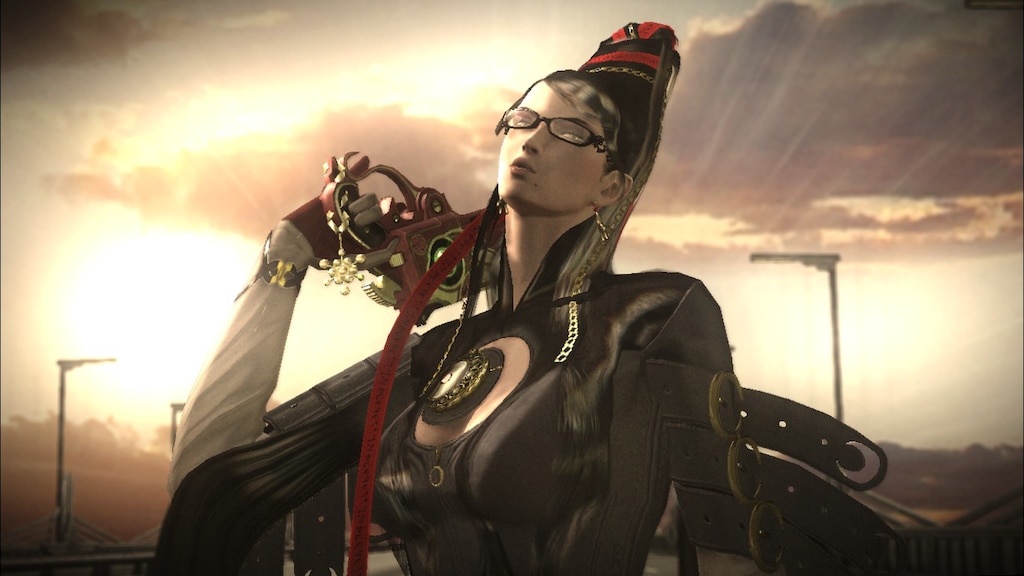 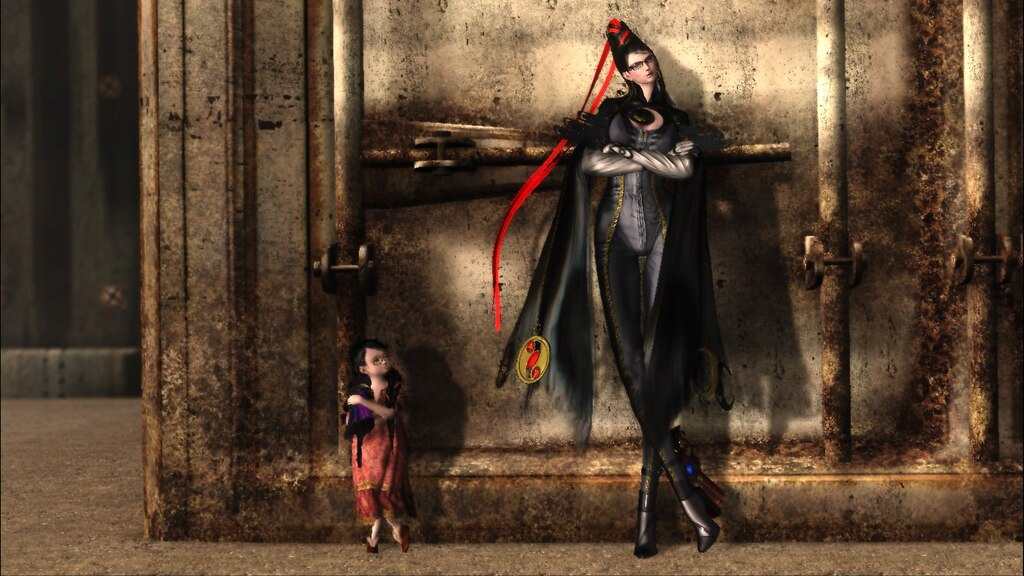 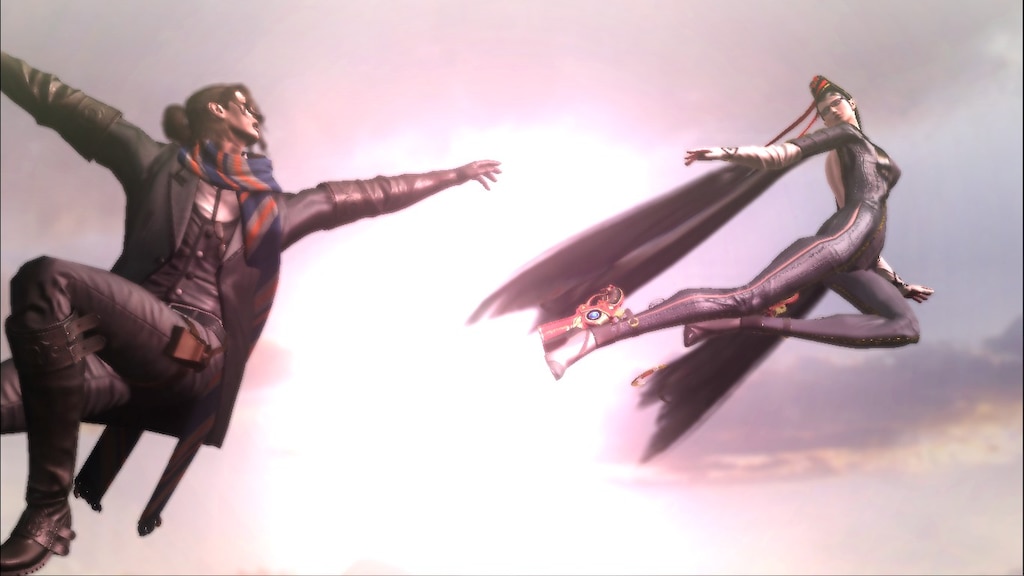 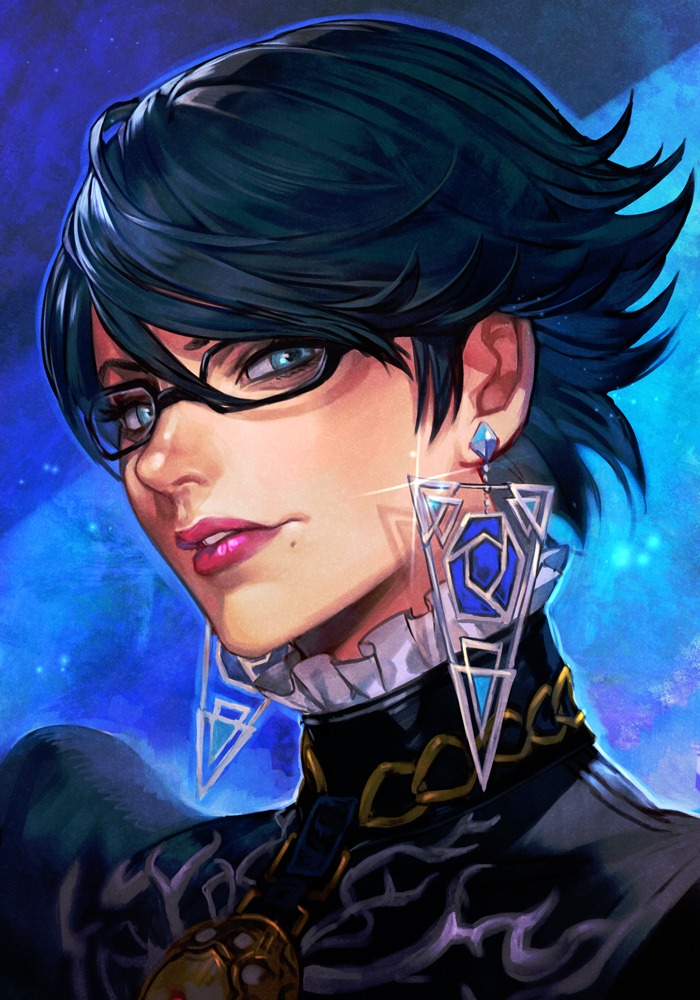 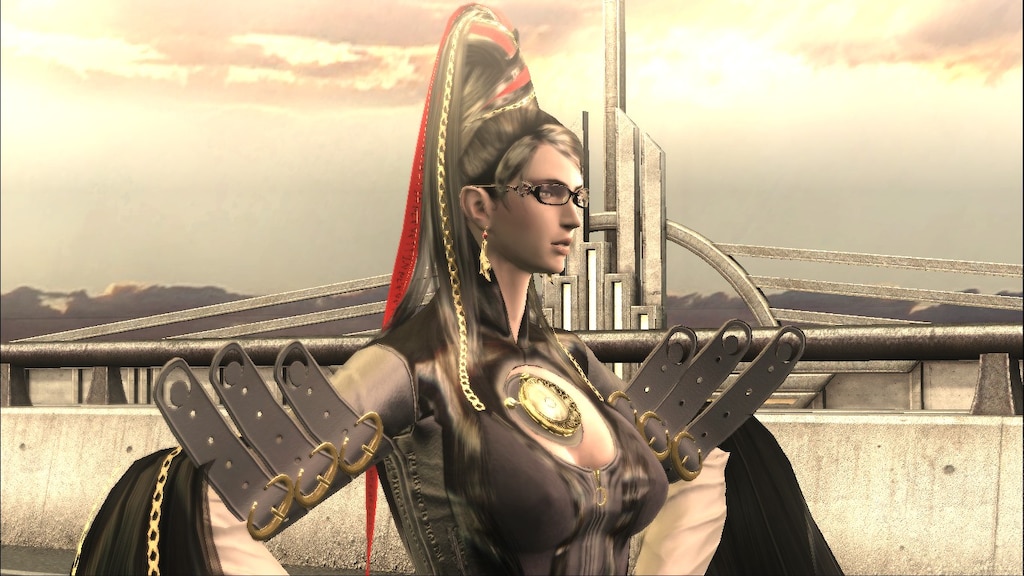 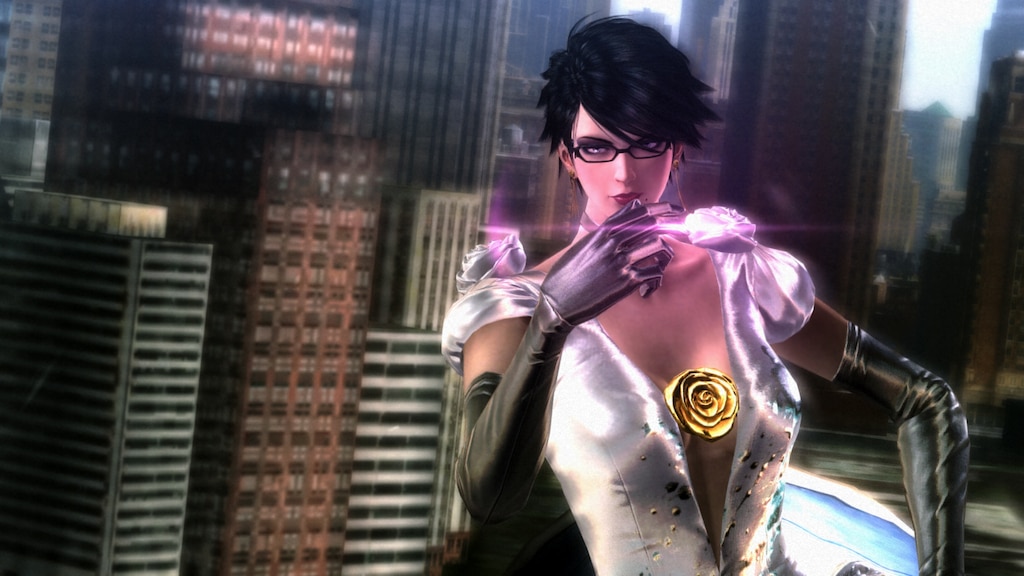 Nicht empfohlen
14.6 Std. insgesamt
Introduction
Hideki Kamiya, the director of Bayonetta, made the first Devil May Cry. But ever since the late development of DMC 2, Hideaki Itsuno has been directing every DMC except the outsourced one. Bayonetta in fact is the spiritual successor of DMC 1, representing what DMC would have been if the series does not have Hideaki Itsuno as stepdad.

Combat
These two series share some similar traits: cocky character personality, over-the-tone story tone and some in-game mechanics such as upgrade system, combat rating etc. But in terms of the core combat mechanic, they are quite different. Bayonetta consists of light and heavy attack and fixed combo, as you need to string light and heavy attack in strict order to perform combo. Whereas DMC does not have attack difference and combo only depends on how you chain your every single action together. Therefore, Bayonetta is easier to master, as you only need to memorize the combo list, while DMC is more of the in-depth one for more freedom to “personalize” your combo.

The enemy reaction is different as well, resulting in how the combat plays out. In DMC, most enemies get stunned when being attacked, while in Bayonetta they just continue to do what they are doing. To offset this, Bayonetta has the evade and “witch time” as its own features. A successful evade right before attack can enter “witch time”, which essentially is time stops for a few seconds for you to attack, so the core combat can boil down to “evade-witch time-attack”. It is a very innovative design and pretty fun to play. Since most enemies are very agile and aggressive, this will be your way to defeat the game. And unlike DMC, the game would not “taunt” you for using the same moves repeatedly (but punishes you for death and taking damage), as long as you remember a few combos from the list, you are good to go.

Character & Story
Bayonetta is a very interesting character. She is appealing, cocky, funny, independent. Some people think she is over-sexualized, I think she is properly done, in the sense that her sexiness fits her personality quite well. It feels natural and nothing abrupt, grimy, or out of character (of course it helps sell the game to teenage boys). But the storytelling did not have an equal amount of love with the characterizing, as cutscenes constantly stagnate in showing Bayonetta’s characteristics, not moving the story forward. As for the story, all I can say is it has a story, if you get what I mean. But people don't come for the story, do they? I am willing to overlook the weak story.

The combat and the character sound good on paper, however, the actual experience is very janky. There are quite a few things sour the experience.

Camera
The camera is my first and foremost complaint. You can feel how bad it is right at the open scene. It is extremely uncomfortable to look at – very shaky and very far from the character, making it very hard to observe enemies’ reactions, and very janky to use – does not center on enemies and auto-correction keeps shifting the camera away causing enemies constantly go off-screen. The camera also sometimes goes into the wall or behind some visual obstacle completely blocking your vision.

Control
Manual camera adjustment is another pain in the butt. Because the camera actually centers on the top of Bayonetta, manual adjustment often results in some even weirder camera angles. And adjustment is inconvenient to do – default Y-axis is inverted, and X, Y-axis have different sensitivity which is unadjustable. My advice is, just stick with the auto camera.

Sensitivity also leads to shooting inaccuracy. Cannon shooting in Chapter 15 is the worst of its form, as it is incredibly hard to shoot at every incoming missile with this inaccuracy.

Besides, you can’t change the control of controller. I mention it because it maps evade and lock-on to right trigger and right shoulder button. Consequently, you might have to give up lock-on. It is not like you cannot live without it, but you are going to miss lots of hits and not be able to do attacks that only available with lock-on.

Visual
Apart from the camera, visual is another thing hurts the game so much, not overall visual ( looks fine although the color tone looks old), but the combat visual. It is very messy and overwhelming, as you get so many things going on on the screen that you can hardly read your enemies. Because of it, the evade feels very broken and you often get punished for taking damage.

Sound
When are about to attack, enemies will give out a sound cue for you to evade. It is a neat design, but it is not executed that well: it is not that audible with music and sound in the fight; it is not very recognizable and you might miss a lot particularly when getting distracted by the fight; it is not universal among different enemies, meaning you have to remember different sounds; it is not that useful - you can dodge the attack when hearing it, but if you want to do witch time, you have to use your eyes to evade right before the attack lands. But again, you often have trouble seeing your enemies, and their actions can be too fast to react.

Music is pretty good though. Unlike most action games obsessed with metal music, this game uses jazz, giving it a more feminine vibe considering it has a female protagonist.

Enemy
Enemy is a little too aggressive to be fun, especially the enemy called Grace & Glory (appear in pair) whose attacks are so fast and can easily take half of your health (at normal difficulty). Grace & Glory also have a variant type that can disable your witch time. They are extremely frustrating because they effectively make these sessions a souls-like game and also make you question yourself, am I really that bad? I guess I would prefer those punchbag enemies in DMC whom I can just splash my combo on.

Boss design is really meh. Most bosses are giant monsters that fight in the same way – evade attacks while doing damage in some flowing platforms, climb on and damage their body parts, do QTE and they are done. You don’t get to use your combo or figure out the attack pattern, it is just brainless button smashing. As for humanoid bosses, they are better, yet their attack pattern is so random and unpredictable (camera and messy visual also contribute to this) making them just not fun. Actually, you can just defeat them with button smashing as you did for most bosses without figuring them out. This very design also strips the fun away.

Level Design
This is a very Hideki Kamiya thing, he loves to throw wacky levels that usually involve shooting into his game. Bayonetta has quite a few. Not as terrible as those in DMC 1, which are the worst part of that game, they are still not fun and drag too long. I always dislike this "refreshing" design because I don’t like inconsistency.

There is other new stuff happens occasionally to refresh the gameplay. For example, in the epilogue, after QTE you have to climb your hair, which you never did before. When the game does those new things, it won’t tell you what you need to do. It is easy to figure out, but you still feel kind of lost for a while, and that is not a feeling the game supposes to give you.

This game needs quick reaction. By quick action I mean QTE in half a second or die instantly. It is not a good experience since you would miss a lot. The game also likes throwing attack at you right after cutscenes end. It is very likely you get a bad rating for taking hit right when the combat starts.

Verdict
There is nothing quite like Bayonetta. I can’t think of another female character that is both strong and full of sex appeal. The combat mechanic is also one of its kind. However, the rest of the game tanks the experience, making those good ideas not quite landed. It is not an insufferably bad game (hell, I even beat the game twice, first time in years ago), but you do need good tolerance to play.

Empfohlen
10.7 Std. insgesamt
it's HARD to play a hack and slash game with only one hand.

Pure Platinum Requirements ALL DIFFICULTIES
how to get Pure Platinum in every chapter, every verse and every difficulty. 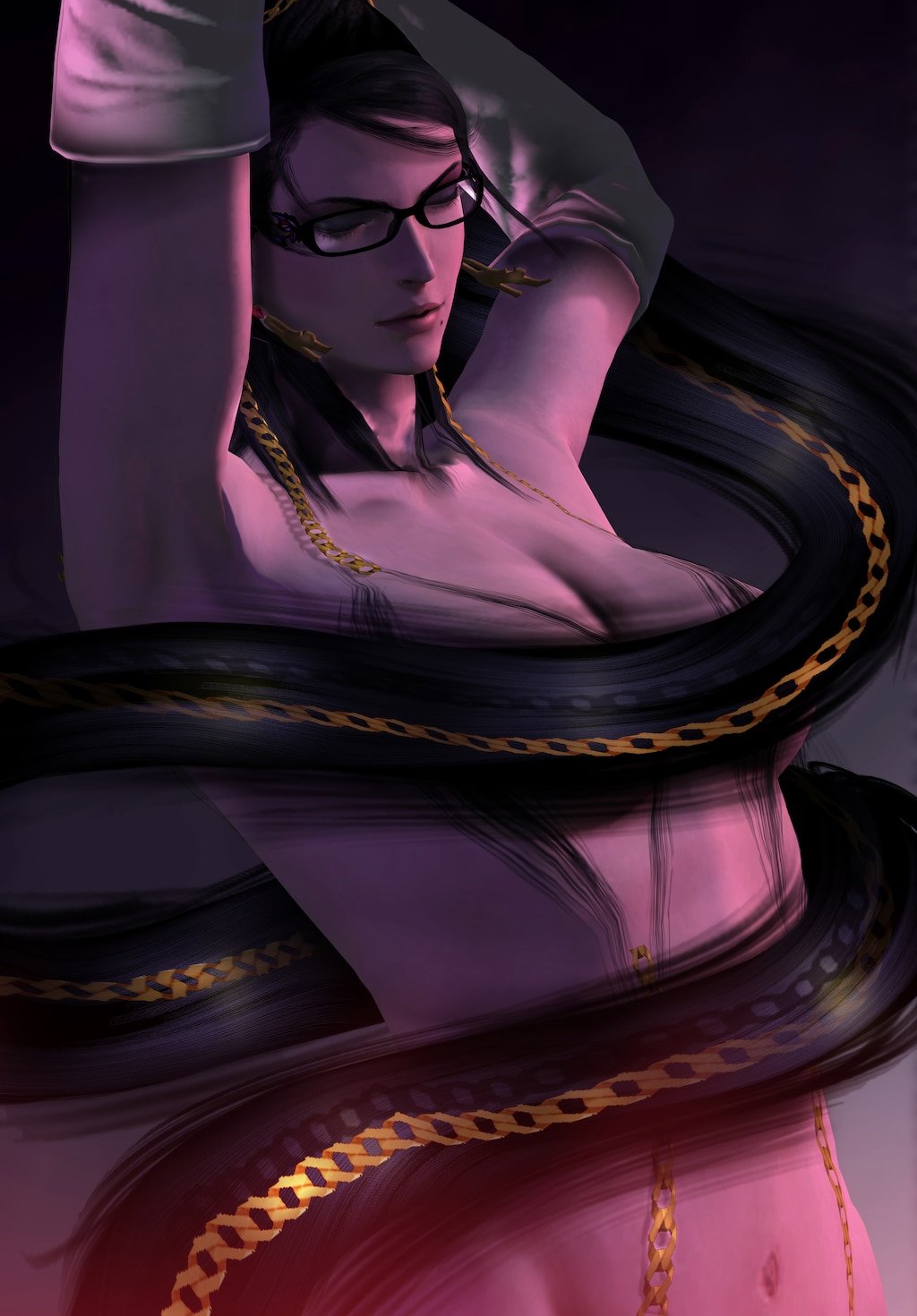 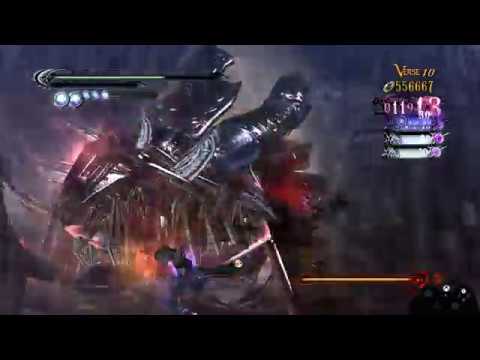 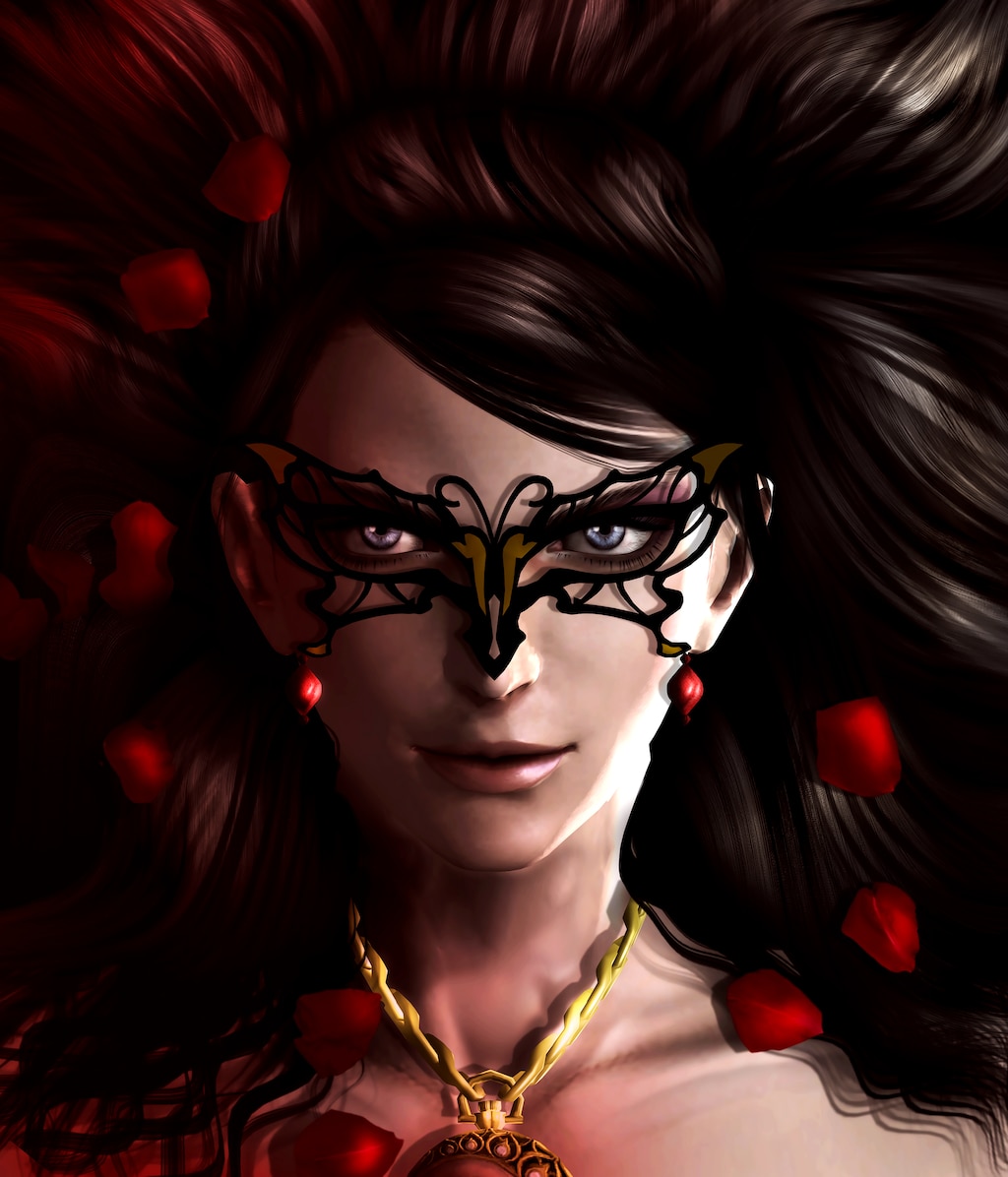 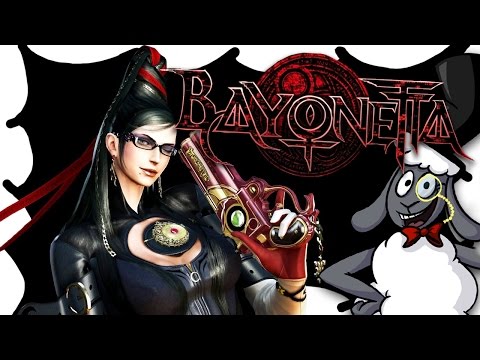 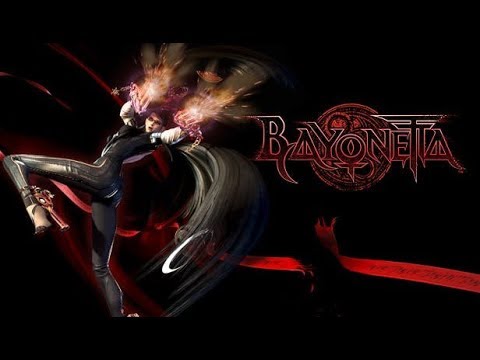 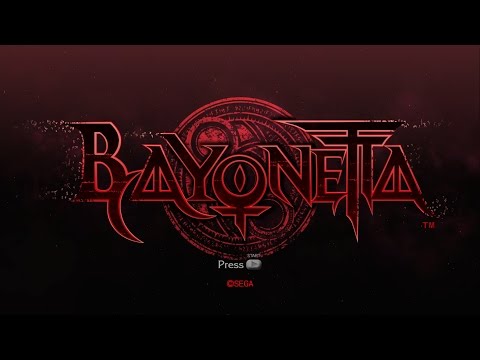 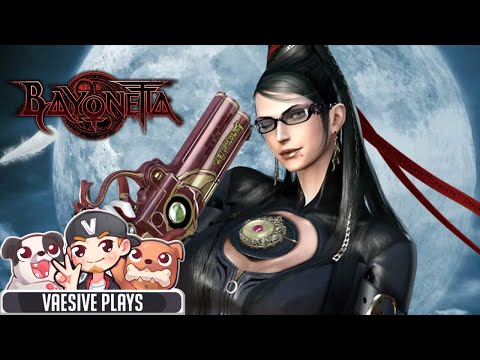 Vaesive
Videos anzeigen
How do you control the camera?
For me it's insert, home, pageUp and so on. Isn't there are more optimal way to use the camera? Kinda need 3 hands to control mouse, keyboard and camera.
12

ThisThing
Vor 19 Stunden
Allgemeine Diskussionen
UPDATE 1 (29 April) THANK YOU FOR SUPPORTING BAYONETTA ON PC! REPORT BUGS HERE, PLEASE
UPDATE 1 (29 April) Hi Bayo fans, Sincere apologies for the lack of communication. Please be aware that we are reading this thread EVERY SINGLE DAY. We appreciate you posting your issues and specs. We understand your frustration, and are working closely...
868

SEGA Dev
3. Mai um 10:26 Uhr
Allgemeine Diskussionen
Game not opening/Tabbing out everytime?
Hey everyone! So I've wanted to play Bayonetta again but everytime I open it I get tabbed out making the game unplayable. Anyone know what's up?
7

isaac
4. Mai um 10:06 Uhr
Allgemeine Diskussionen
PATCH RELEASE (17 MAY) – PLEASE POST AFTER-PATCH ISSUES HERE
Hi Bayo fans, The patch is here! Hurrah! Thank you for your patience while we worked with PlatinumGames to make this patch as comprehensive as possible. This patch addresses the following issues: • Fixed an issue with excessive Steam client CPU usage
367