GUNS UP! is a free-to-play side-scrolling strategy game that pits players against each other in a battle to destroy enemy bases to increase their own army’s strength. GUNS UP! combines the fun of enemy base invasion with tower–defense, for an experience like no other!
Navštívit stránku v obchodu
Nejpopulárnější komunitní a oficiální obsah za poslední týden.  (?)
Have you guys encountered YouTube accounts posting links to "P***ography" on Guns Up! videos?
Several times I would encounter YouTube accounts with names that would post comments and timestamps on videos related to Guns Up!. In them, they would post links to inappropriate sites. They would always be new accounts. I had one post on one of my videos not too long ago but I deleted the comment. However, I do have an example of one in Odystak's newest video if you scroll down in the comments section: https://www.youtube.com/watch?v=BUcLEhlgZs4 (I am not responsible for anyone who suffers any form of dam...
5

YujiDerep000
6. bře. v 16.49
Obecné diskuze
Are the servers still up?
is the game still playable? im not asking if they are updating it just if you can actually play it.
4 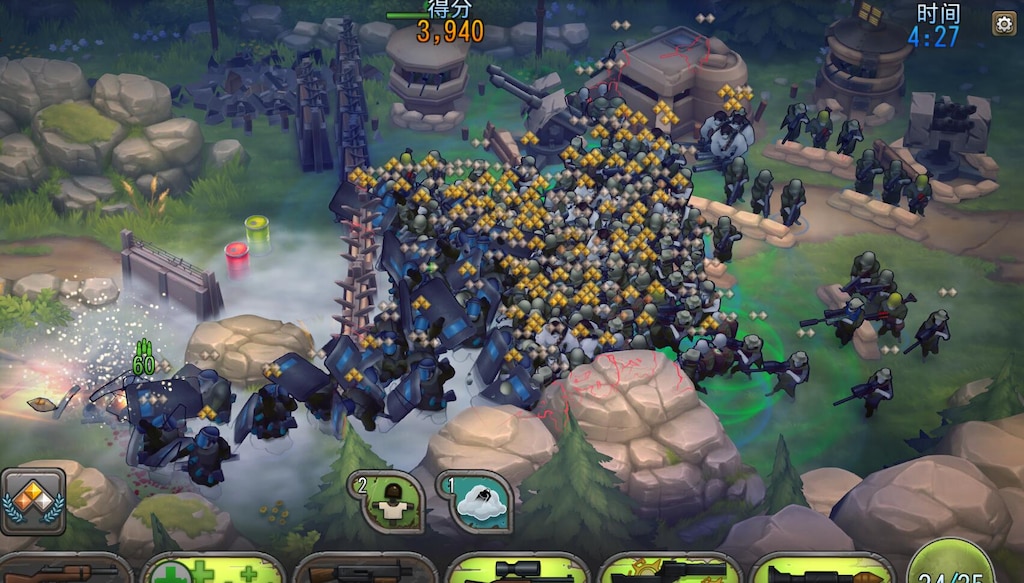 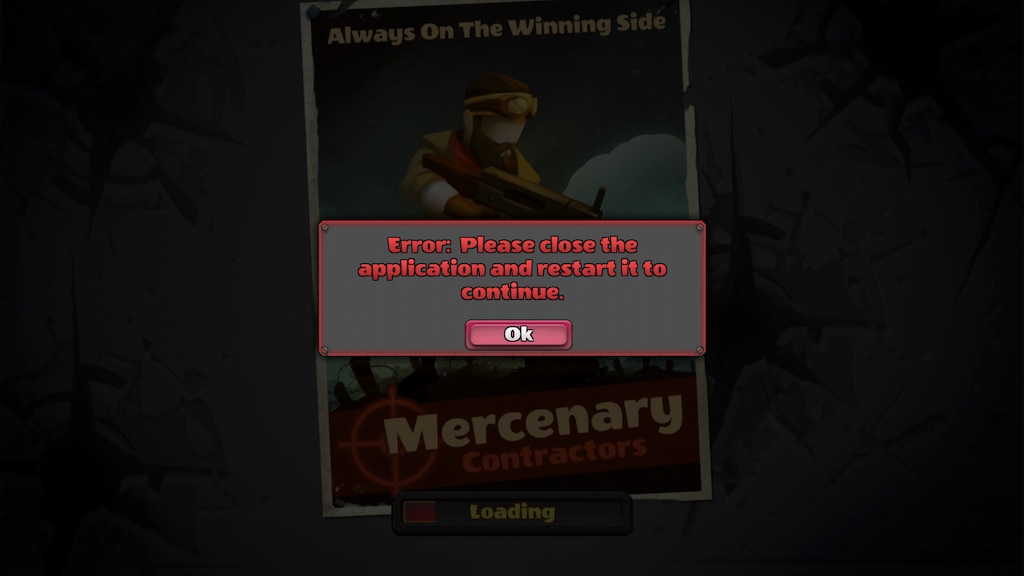 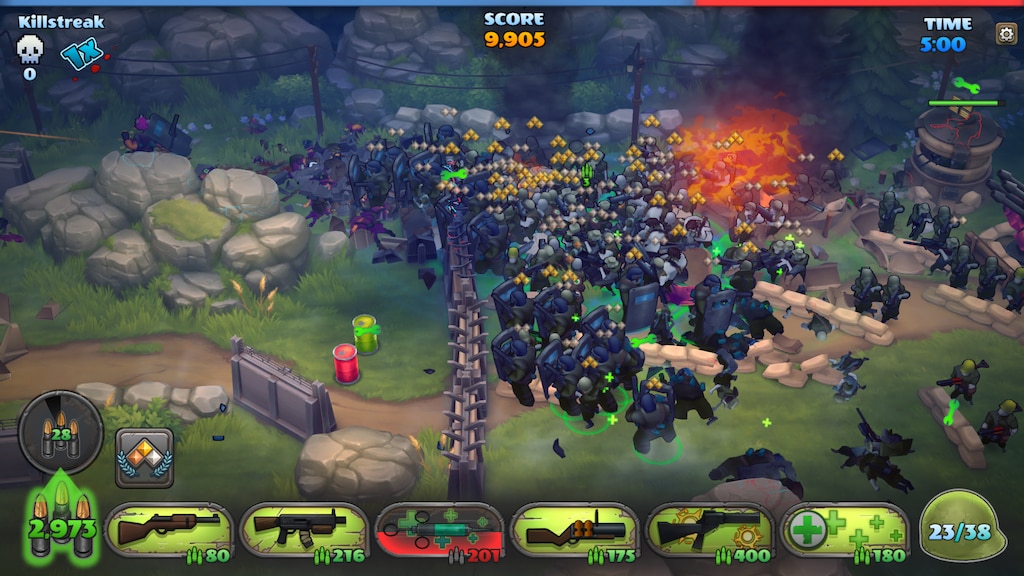 Compact List of Cards
This guide will (mostly) consist of all the cards you may aquire while playing the game, I will update this guide whenever I can so be on the lookout for new cards! *THIS IS A WORK IN PROGRESS!!!* Spelling errors exist, if you find one please let me know!
47 hodnocení

Veterans, buildings and a basic walkthough sandwich
So this is going to be a long guide into the building is Guns Up, ways to use them, Aggro, strategy, and generally how to get the basics of the game and then for you to build up from that and see what you can do with the foundations i lay out for you. A...
38 hodnocení

Heroes And You
Ever wondered how exactly the Colonel works? Or wondered what the Surgeon is supposed to do? This has all the answers. Mostly.
35 hodnocení 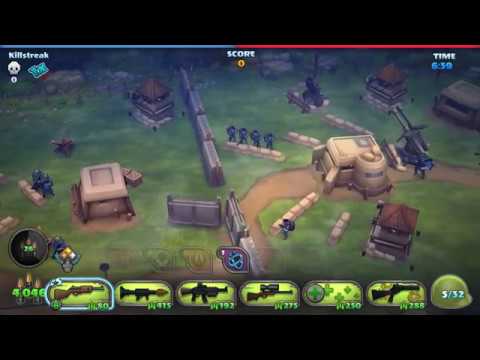 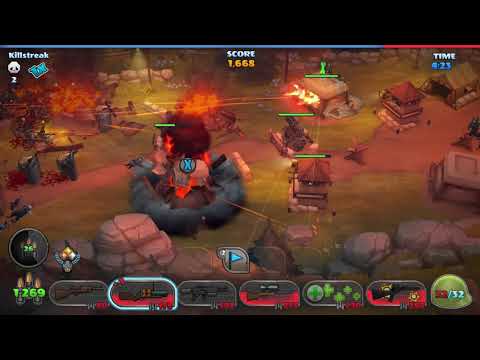 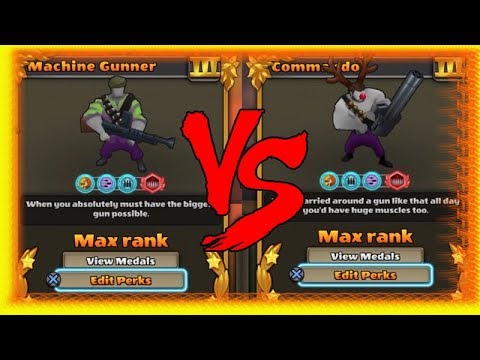 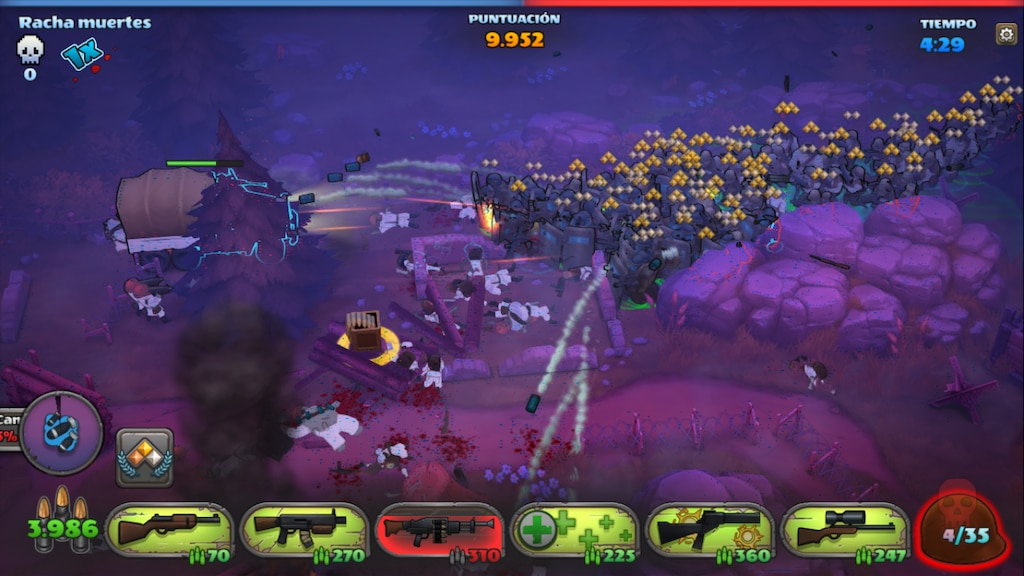 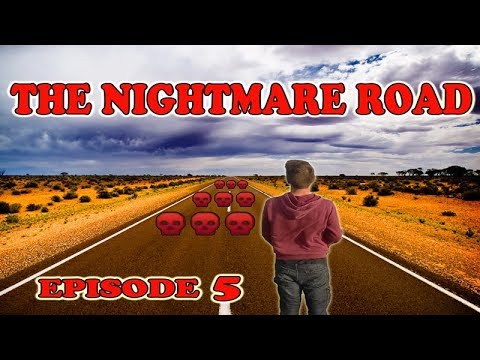 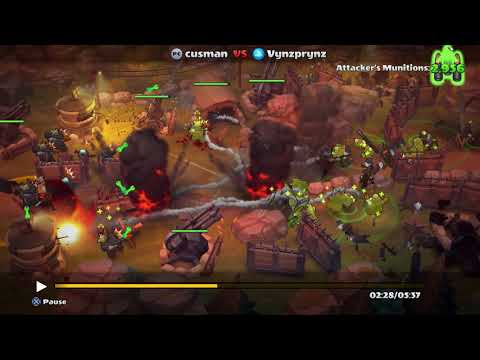 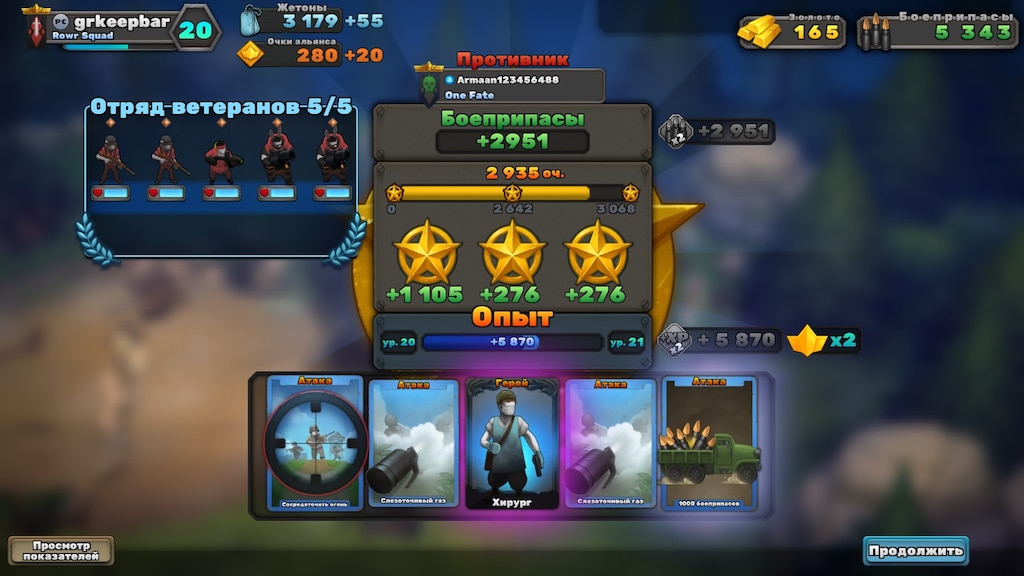 Doporučuji
303.3 hodin celkem
So fun! 293 hours I have a pretty high level army and base, all pretty much without paying. I gave a 5$ donation and got a unit crate, that was it. You can get those without paying, just takes a while to get keys. Just keep practicing attacking and you can get into a good flow of killing 2 skull bases with the occasional 3 skull snipe. Have to learn how to spot the weak ones ;)
Pro tips:
Always scope out the enemy base before attacking. Use the little microscope button.
Choose attack cards according to what you think the enemy will have.
Never underestimate tactical boots.
Once in battle, send scouts first to see what you're up against, don't just send in your whole army right away.
If you don't have the proper attack cards during a battle, bide your time and wait as long as you can to get what you need.
It's all about cost efficiency and momentum when attacking. You will gain munitions for killing their stuff, so its ok to take some losses as long as you can keep pouring units forward.
Defending, be creative and original. I have seen the same base so many times, and people just copy it and copy it and so I pretty much know exactly how to defeat it now. Tactical boots and smoke. Decoys if they have iron lung.
Make your own style and your own army! It's not whether you win or lose, its how you play the game! 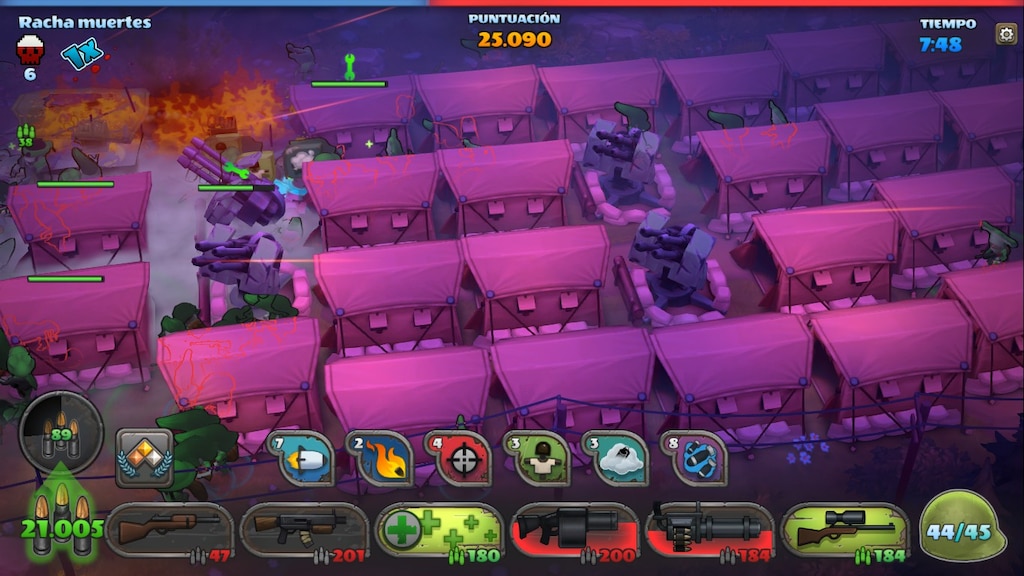 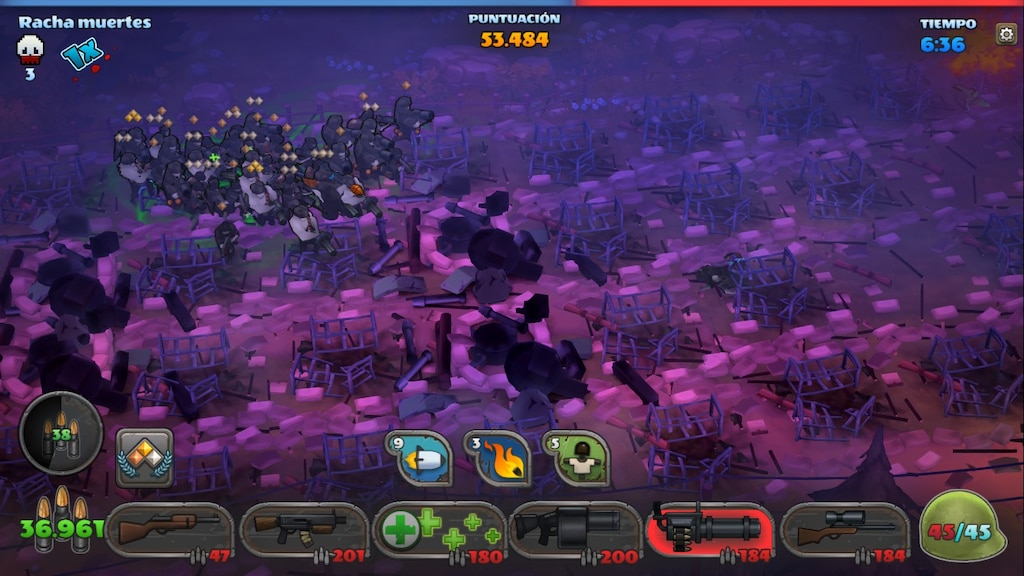 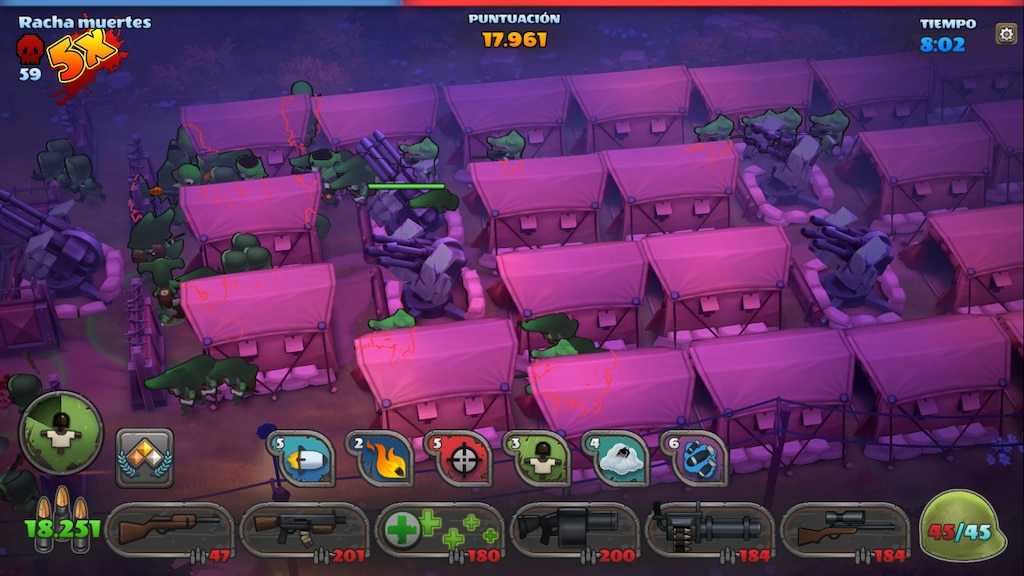 Barbatos
Zobrazit snímky obrazovky
Does the devs still update this game?
Do tehy?
7

Fura Cú hellcase.com
4. bře. v 3.51
Obecné diskuze
Snipers are OP and anyone who uses them forfeits all honor of victory
.
1

Muffinmilk
7. bře. v 0.30
Obecné diskuze
Kinda sick of everyone copying the same 2 or 3 bases
Make something original and cool. A base that's your own.
1