Store Page
View Stats:
Global Achievements
Show
All News
All News
Syndicated News
Official Announcements
Momodora: Reverie Under the Moonlight version 1.07 patch notes
Oct 27, 2021
Hello everyone. A new update for Momodora: Reverie Under the Moonlight is soon to be out in the coming days, fixing a few issues and adding quality of life improvements to the game. When the update is released, please confirm the bottom right of the title screen reads "v1.07". The list of change is as follows:

- Fixed an issue where the final boss hitbox would be active between phase transitions
- Fixed an issue allowing the player to get a Crest Fragment and transition to another screen without triggering the cutscene
- Fixed a continuity error related to the NPC "Eri" when she appears in Karst City
- Improved visibility of item sparkles
- Improved visibility of Ivory Bugs
- Improved visibility of Pardoner Fennel's jump attack effect
- The Bellflower at the start of the game is now automatically equipped when you obtain it
- The Bellflower before the Moka boss fight was moved closer to the shortcut
- Ring of Candor now "beeps" several times when a secret is nearby
- Misc. audio improvements
- The third bow charge level now does much more damage
- Adjusted the colors of the Cat ability
- Bells are now displayed by a bell icon in the map, instead of a yellow square
- Adjusted the spawn location for the enemy in the room where you fight Frida, making it easier to complete Pacifist runs

That's all for this update. Thank you very much for your continued support. :momozzz:

Here are some extra screenshots of the new game! 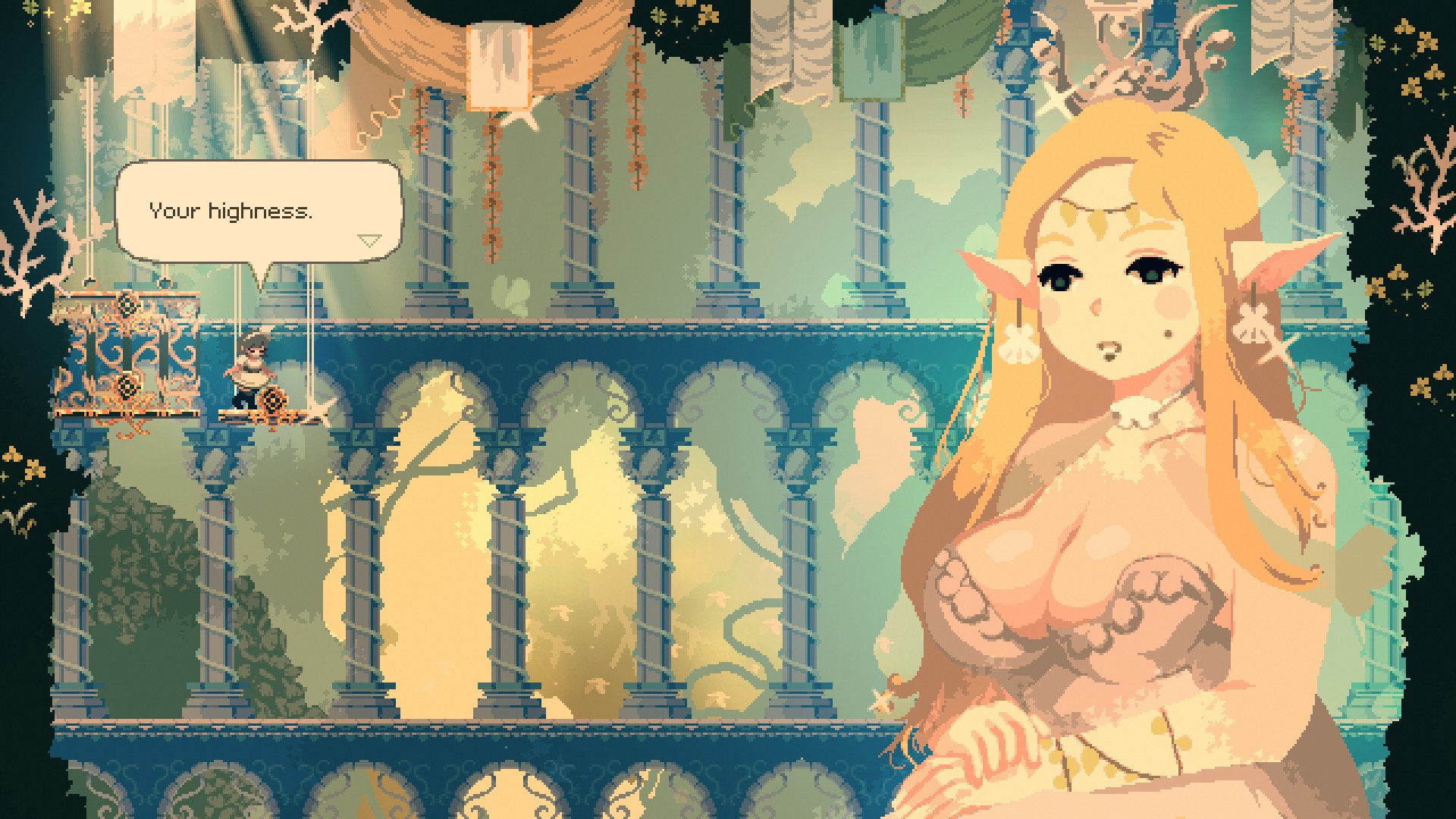 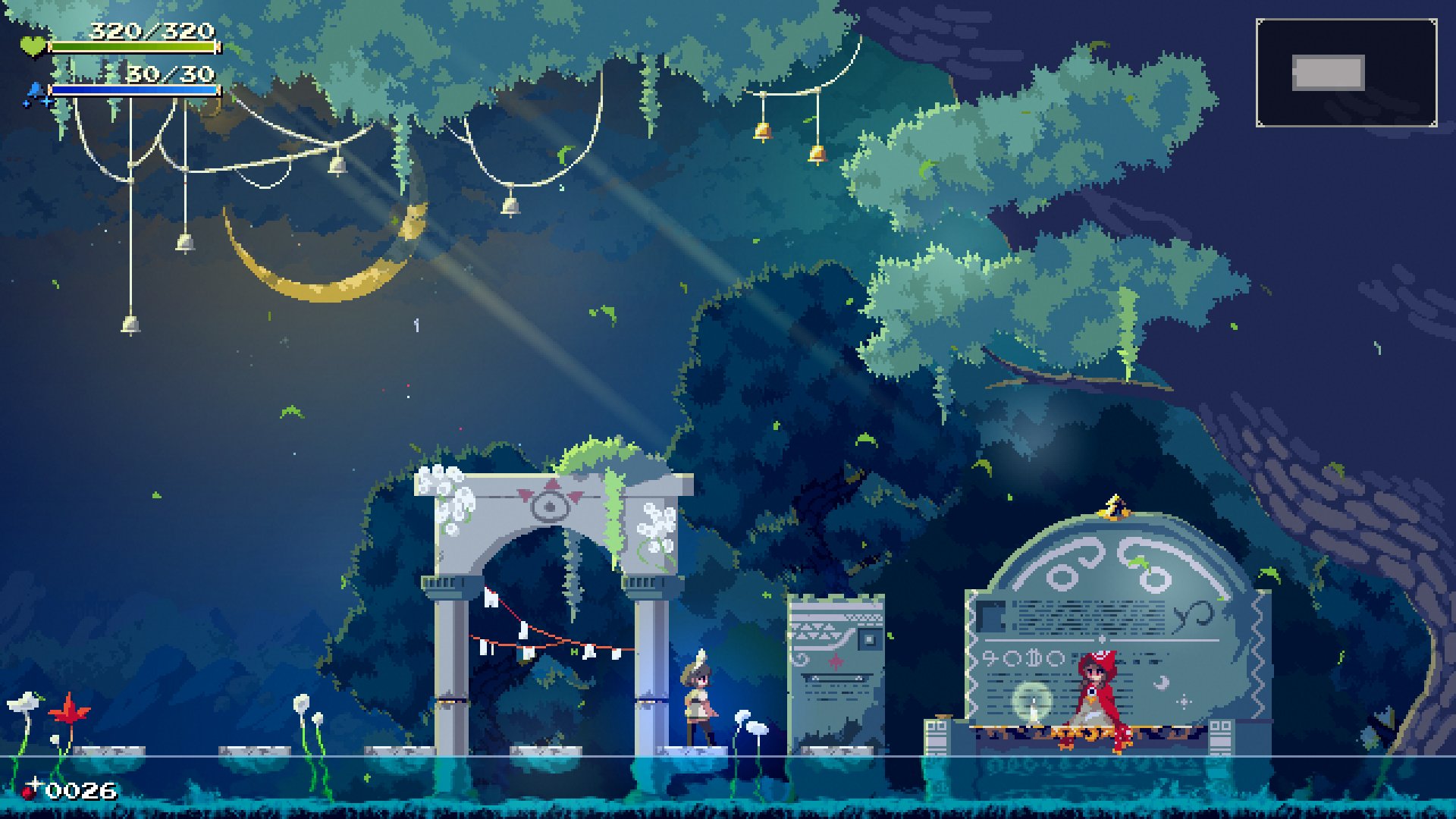 That's all I have to share for now. Please look forward to future updates! ːrspiderː

Golden Week is about to start in Japan and so Steam will once again be holding a Golden Week Sale.

PLAYISM titles will be available at up to 80% off. This sale will include some titles only just released in February and March!

Giraffe and Annika 20% off
Recently announced for release on Nintendo Switch and PS4, heartwarming adventure rhythm title is on sale for the first time on Steam!
The phenomenal soundtrack is also on sale, with a nice bundle available too!

Record of Lodoss War: Deedlit in Wonder Labyrinth 20% off
After setting the old school anime community a buzz with the release of a trailer, this Lodoss metroidvania title finally entered early access this March. Available for the first time on Sale now!

The title has overwhelmingly positive reviews so far following in the steps of the previous title from Team ladybug, Touhou Luna Nights.

Your average everyday deer game, DEEEER Simulator 20% off
Extend your neck and hook onto stuff with your antlers, swing about town and enjoy your deer life.

Recent updates include a Dog police officer and a collaboration with I am Bread which introduces a toaster which transforms your deer into a slice of bread.

Orangeblood 25% off
WELCOME TO NEW KOZA

A near infinite combination of stats and effects for weapon drops.
Mix and match your loadouts to draw out the full potential of your gear.
The utterly dope soundtrack, containing 12 tracks produced by developer Grayfax Software, is also available on sale. Overflowing with 90s Hip Hop vibes, this is a great opportunity to pick it up bundled with the game.

There are way way way more titles avaialble in this sale, all of which can be seen below:

We hope you find some titles to expand your collection with and hope you have a nice Golden Week!

Steam recorded the largest ever number of concurrent users over the weekend. Over 20 million users!
It is great to see everyone making the best of a bad situation.
So, in the hopes that we can expand everyone's game collection,
PLAYISM titles are available at up to 80% off in the Steam Weekly Sale!
We hope you find something you like to pass the time!

Conquer the Oceans!
NEO AQUARIUM - The King of Crustaceans also 80% off.
https://store.steampowered.com/app/355240/NEO_AQUARIUM__The_King_of_Crustaceans/

Keep calm and play some games!

We are writing to inform you that today marks the release of our newest title.

Set on Spica Island, enjoy the sights and sounds as you embark on a journey packed with 3D platforming action, adventure, and rhythm game boss fights! 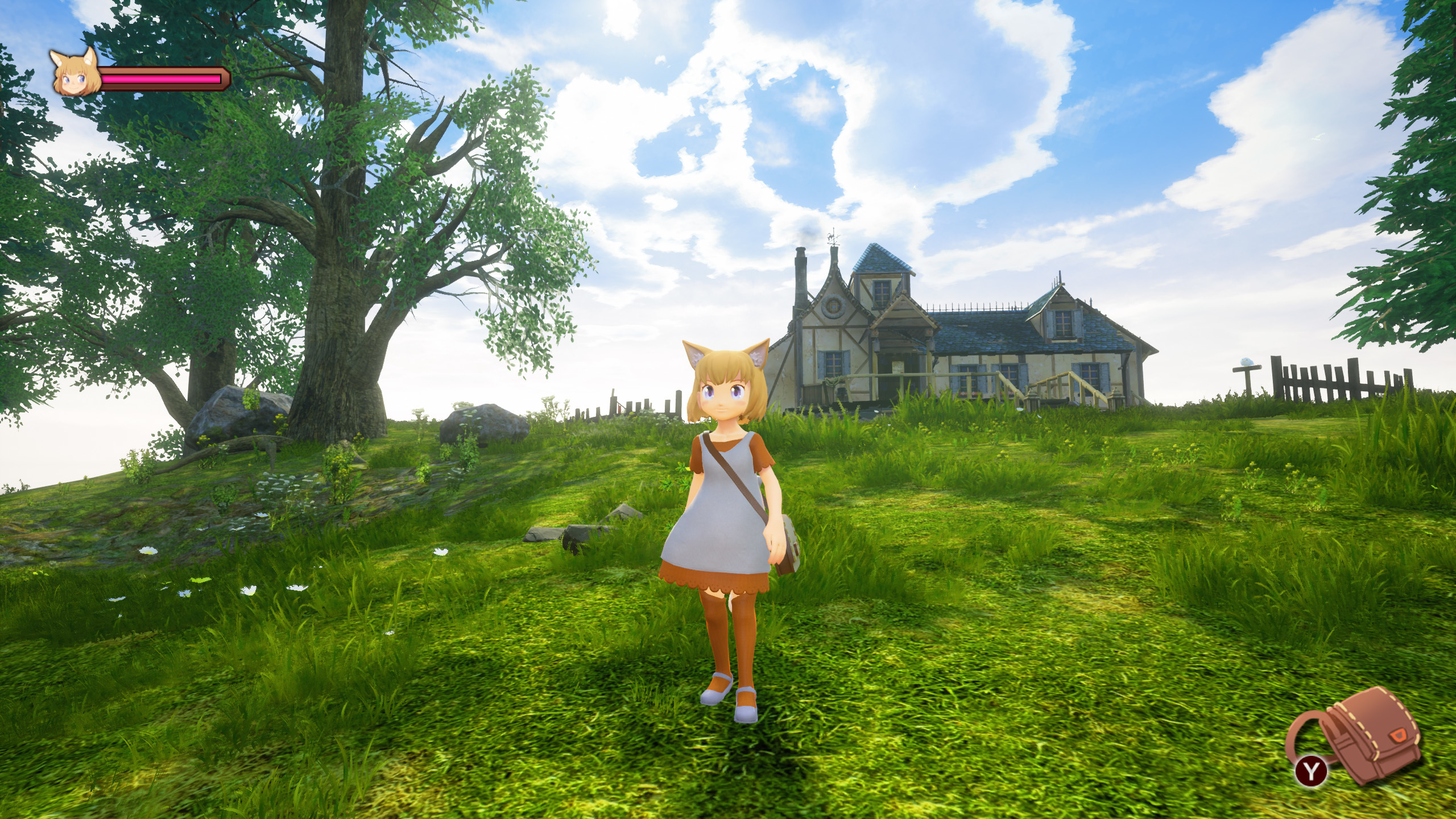 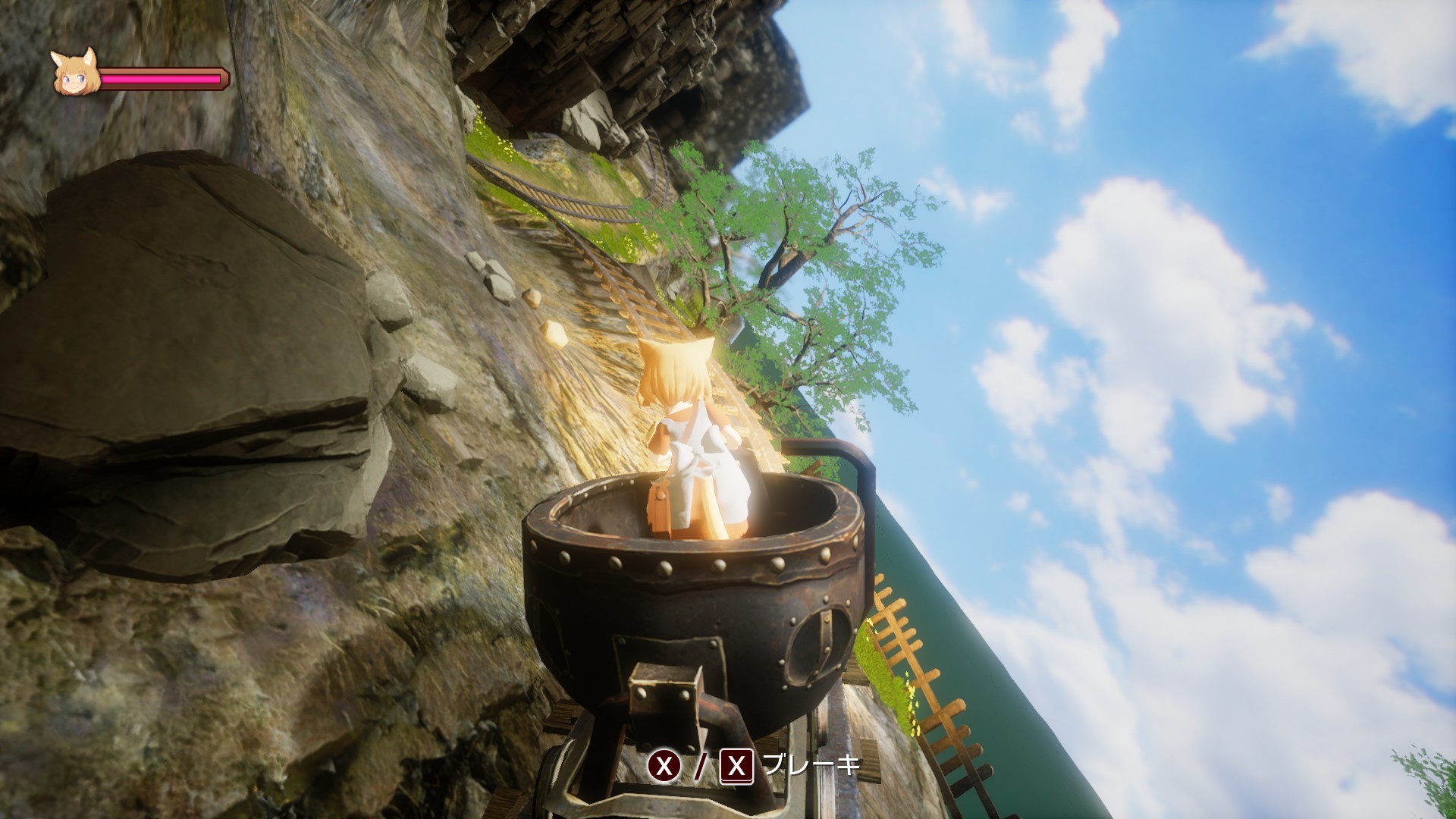 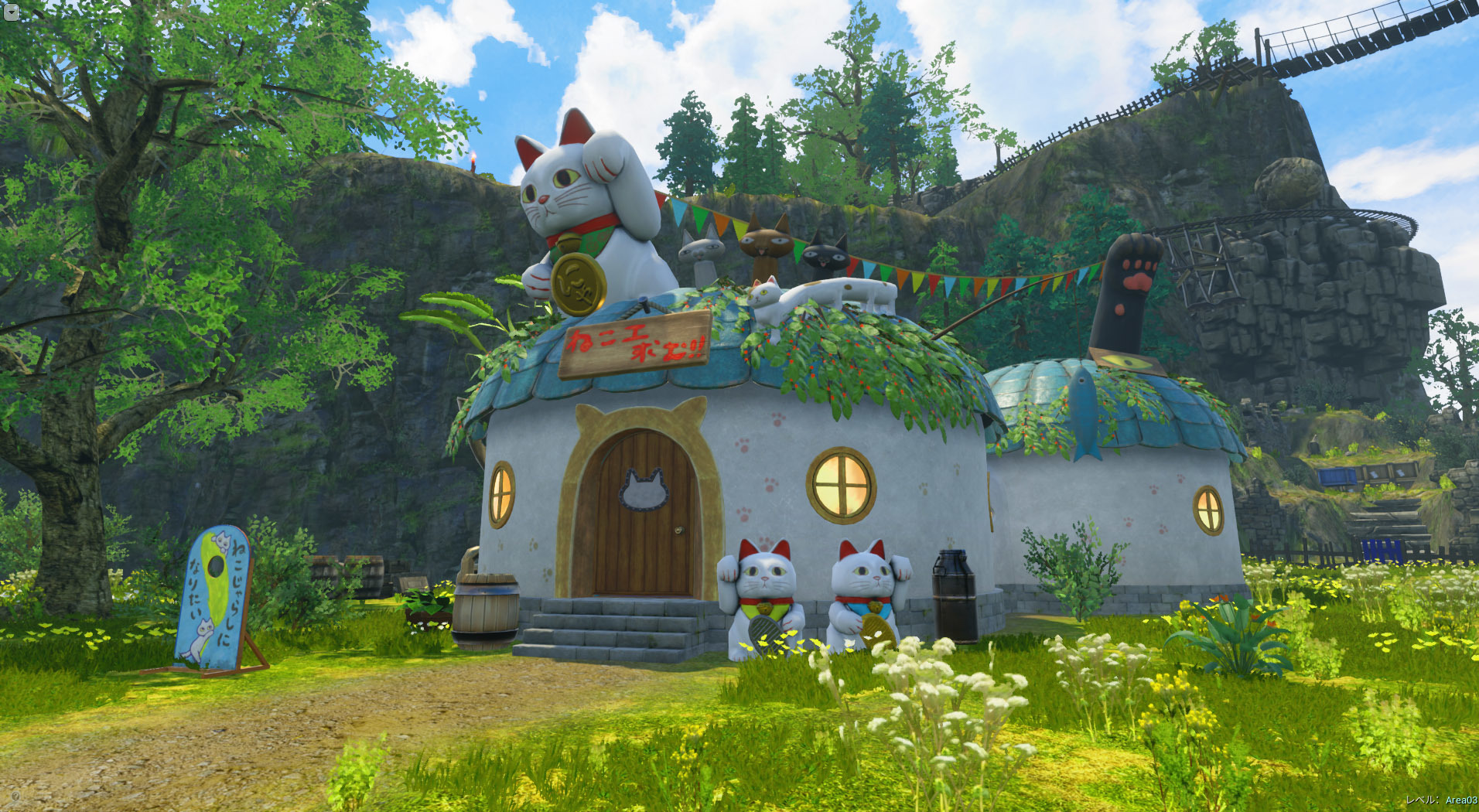 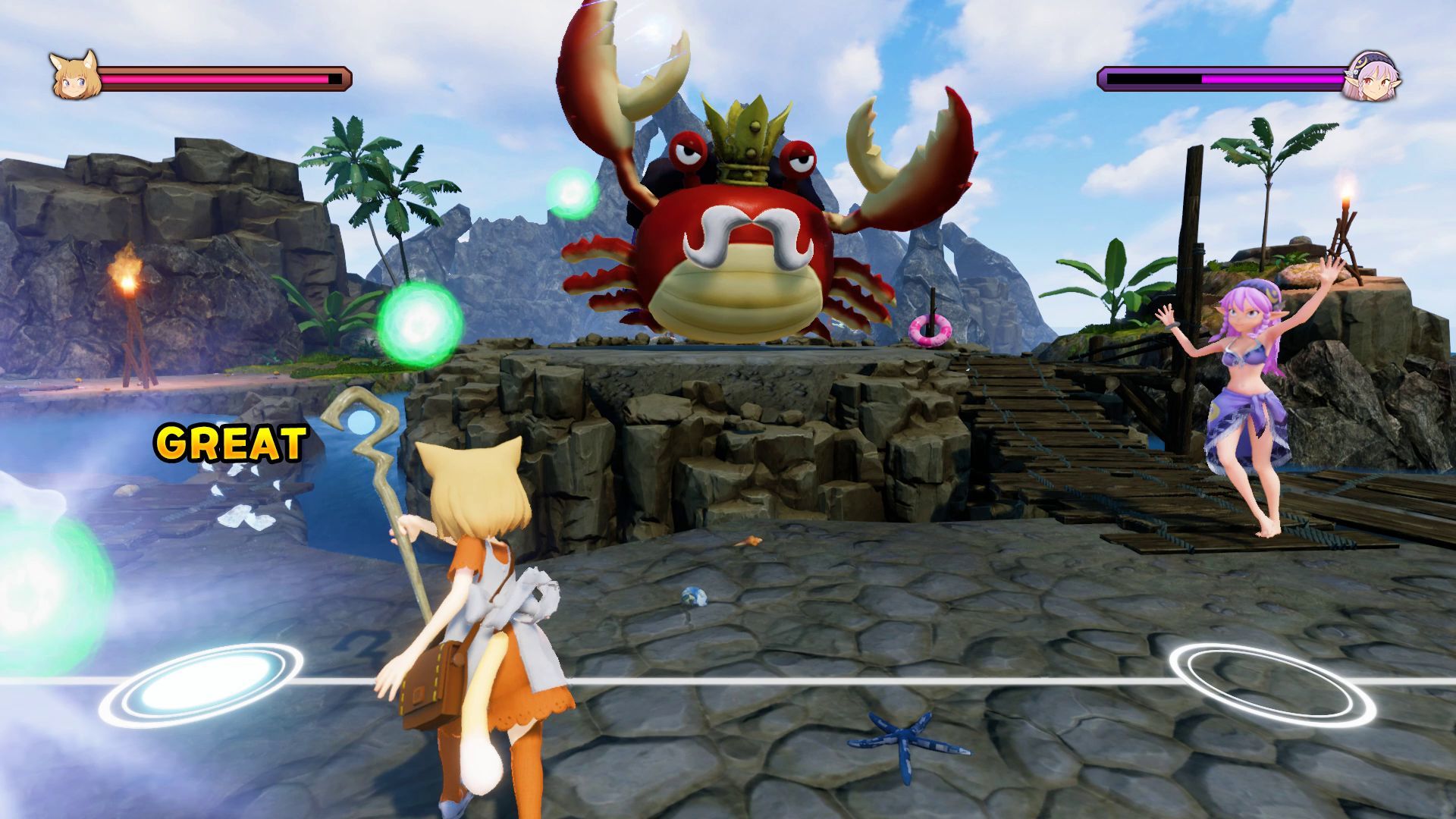 One of Steam's biggest sales, the Chinese New Year Sale has begun!

Deeeer Simulator, currently getting memed out around the world is still on it's launch sale, trust us it's absolutely bonkers!
https://store.steampowered.com/app/1018800/_DEEEER_Simulator/?curator_clanid=8438467

Also these four titles, that have only just been released recently are on sale too! 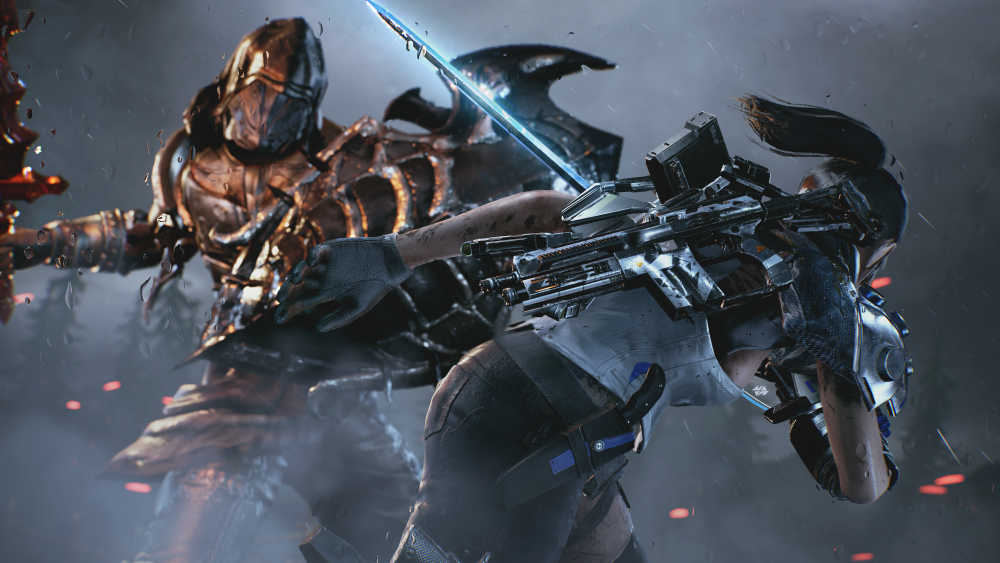 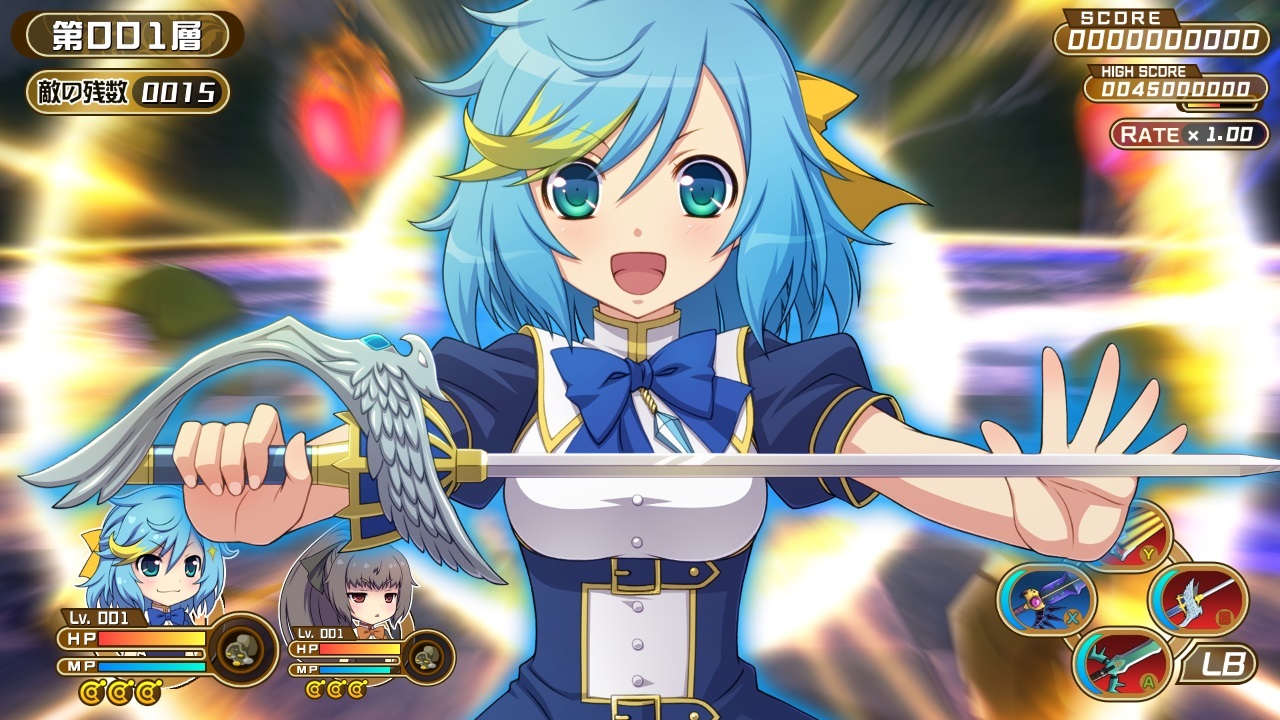 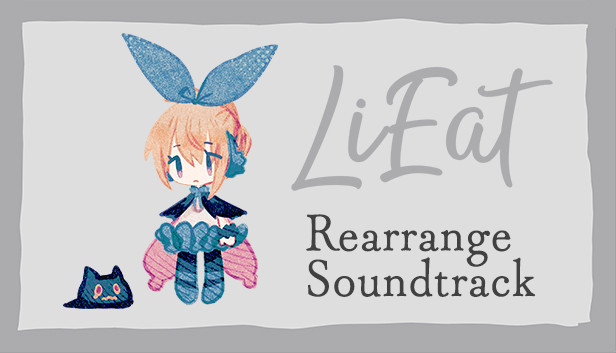 
Last but not least, Pixel Game Maker MV, is on it's biggest sale yet at 50% off!

The Strangeman series is also available at an all time highest discount of 80% off!

Go get em while their hot!

The Steam Winter Sale has finally begun!
Season's Greetings from all of us here at PLAYISM. 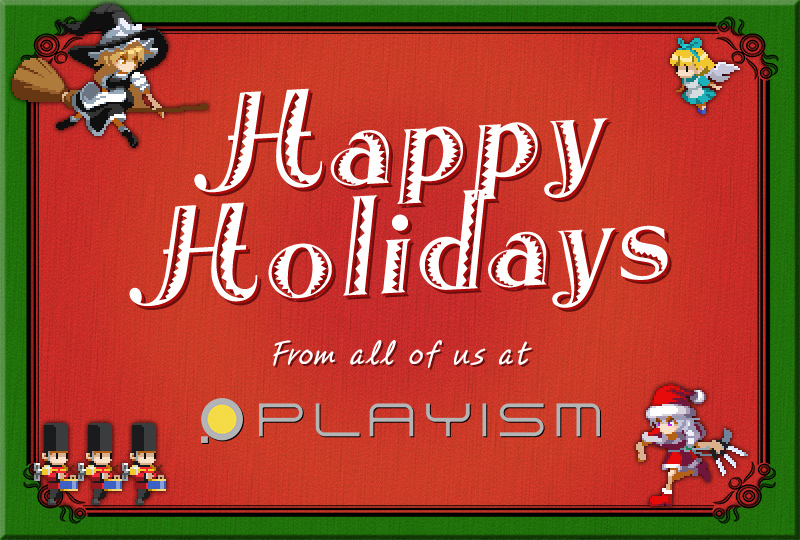 This year we have incorporated Touhou Luna Nights into the design to celebrate its award of Best overseas indie game at Indie Play 2019. 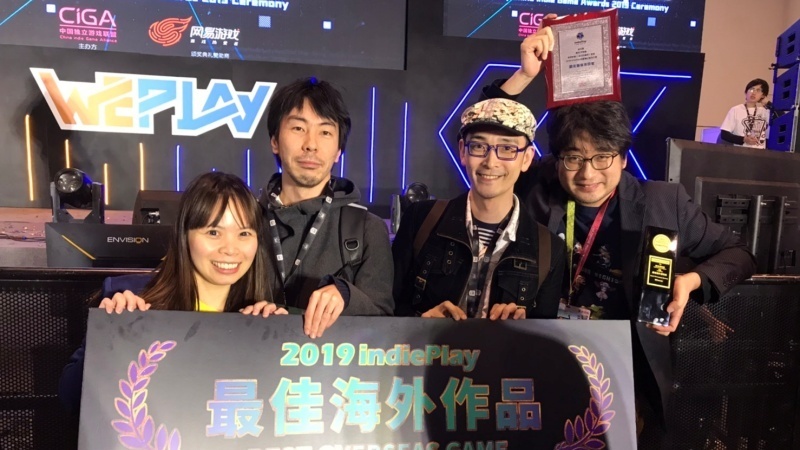 *From the left: 2 members from PLAYISM, ZUN, and Saito from Whysoserious? (We accepted the award on behalf of Team Ladybug).

Stop time and attack gracefully with throwing knives in this phenomenal title!

Our gift to you this year are massive discounts on PLAYISM titles! Up to 80% Off!

In other news, the remixed LiEat Soundtrack has been releases along with the soundtracks from Strange Telephone and Croixleur Sigma!

The games themselves are also heavily discounted and bundles are also available for those who want the full package!

We hope you all enjoy your Christmas shopping and have a wonderful holiday.

Are you all enjoying perusing the Autumn Sale? There are plenty of other titles in our line up on sale than the ones we introduced yesterday.

Apart from these there are plenty of other phenomenal titles so make sure you grab them while they're hot.

Your own choices lay the foundation for the future...
Three years later, upon your arrival in the world of the future,
will the choices you made bring you happiness? Or misfortune? Or something else altogether...?
https://store.steampowered.com/app/1100900/Artifact_Adventure_Gaiden_DX/

Climb into the cockpit of an otherworldly war machine and fly into battle against a horrifying alien race bent on eradicating humanity to preserve their own civilization.
https://store.steampowered.com/app/283680/Astebreed_Definitive_Edition/

There are even titles under 5 bucks, which is perfect if you have some pocket change leftover. 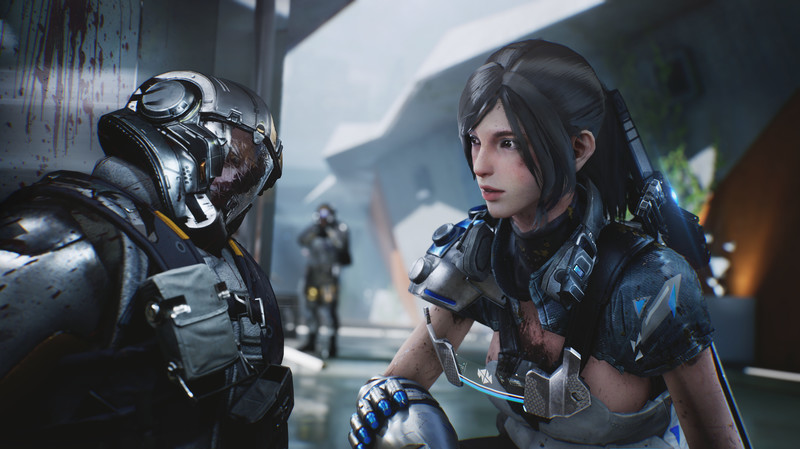 Stop time and project yourself through space with “Time-stop warp” magic, pass through physical obstacles, dodge incoming bullets and shoot down your enemies! A satisfying shooter, filled with dark humor!
https://store.steampowered.com/app/437020/WITCHBOT_MEGLILO/

There was a crooked man, and he walked a crooked mile...
This is the first title in the series known as The Strange Man, developed by Uri Games.
Experience the myriad horrors awaiting David as he moves into his new house.
https://store.steampowered.com/app/736570/The_Crooked_Man/

The Steam Autumn Sale is here!
PLAYISM is going all in this year with some of our major titles on sale!

Freshly released on October 14th this year, Gensokyo Night Festival is available for 20% off in it's first major sale since launch.
Cute pixel art and flashy combos come together in this 2D action game. If you had your eye on this title now is your chance to grab it!

The Touhou Luna Nights soundtrack that was released at the same time is also on sale! The best Touhou remixes for your listening pleasure. Purchase this with the game itself, considered one the best in the Metroidvania genre for an even better deal!

Below are some other choice picks to be found in this sale.

Loved the world over, 3 miwashiba titles:

LiEat is the classic story of a vagabond traversing a strange and mysterious world together with a dragon protégé, buying and selling secrets, while also attempting to uncover the truth about themselves.
https://store.steampowered.com/app/373770/LiEat/ 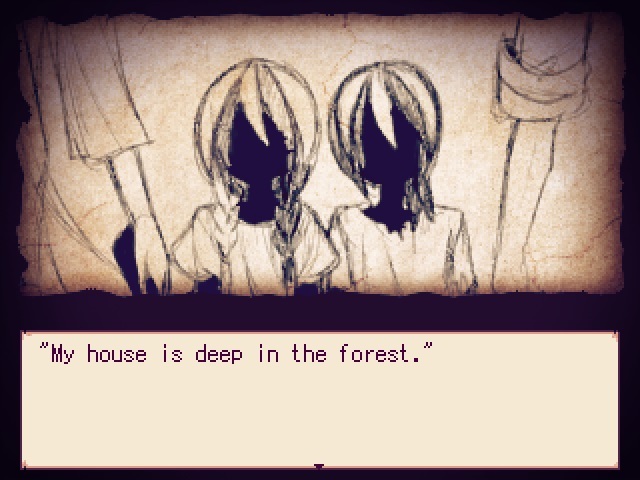 Alicemare is an adventure game blending elements of exploration, storybooks and fairytales, and just a hint of horror.
https://store.steampowered.com/widget/524850/ 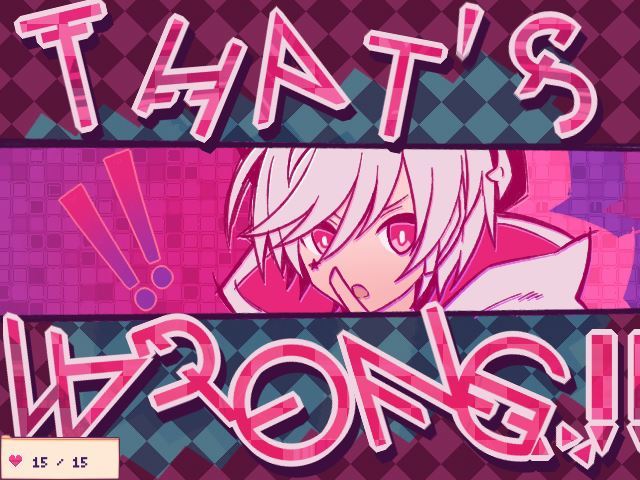 In this unique and endearing adventure game, take on the role of Nanashi, a lonely, agoraphobic boy, as you solve a slew of mysteries around town while also making friends.
https://store.steampowered.com/app/618720/1bitHeart/

Momodora: Reverie Under The Moonlight

Momodora: Reverie Under The Moonlight is the fourth installment in the beloved Momodora series of 2D platformers.
https://store.steampowered.com/app/428550/Momodora_Reverie_Under_The_Moonlight/ 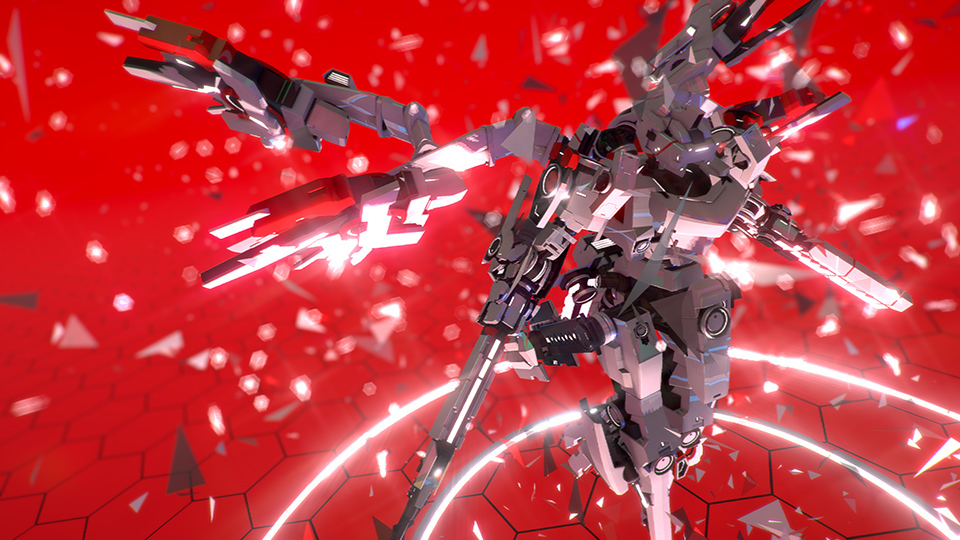 Faster than anyone. Stronger than anyone. And more stunning. Customize your robot for “cyber battle racing” in a game that offers all the thrills of racing, battle, and customization. Online, Offline, Time-Attack... which mode will you dominate?!
https://store.steampowered.com/app/547360/BREAK_ARTS_II/

Rosenkreuzstilette is a mega-action-platformer game in which you step into the shoes of Spiritia Rosenberg, a virtuous young woman caught on the wrong side of a revolution instigated by her closest friends.
https://store.steampowered.com/app/564150/Rosenkreuzstilette/ 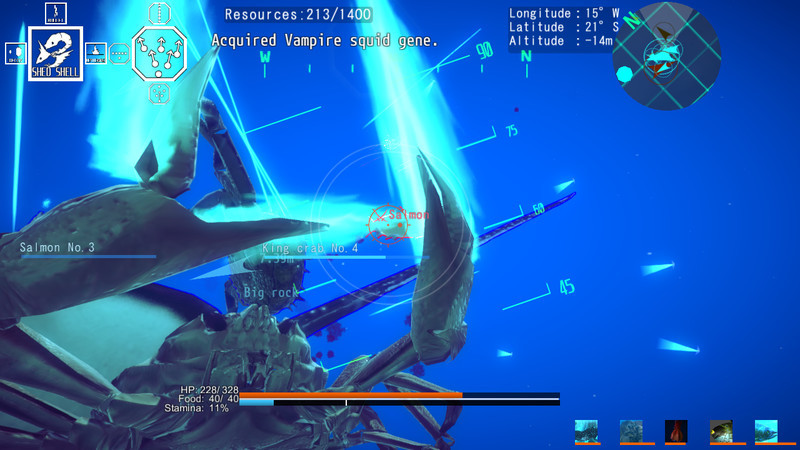 
There are plenty of other great titles available, so peruse the selection to your heart's content.

Take this chance to treat yourself to some great games this holiday season.

Momodora: Reverie Under the Moonlight
203
12
Max 80% off! Singles’ Day Sale Now On!
Nov 10, 2019
Dear all,
It’s Singles’ Day, so there will be a 48 hour exclusive sale on Steam!
How about some ruin exploration on those long Autumn nights?

Pixel Game Maker MV is 33% off!
Why don’t you take this opportunity to not just play games but also make them?
https://store.steampowered.com/app/837510/

Steel Sword Story which was created in Pixel Game Maker is on sale too!
https://store.steampowered.com/app/978190/Steel_Sword_Story/

Check out the other phenomenal titles on sale below.

The sale will be on for 48 hours only, don’t miss out!