Ghost of a Tale

This is just to announce that the upcoming limited Nintendo Switch physical edition of Ghost of a Tale (from Super Rare Games[superraregames.com]) will go on sale on November 26th. Apparently these could go really fast so don’t forget to mark the date… :)

(You’ll notice the box has an exclusive variant cover and features new original art from Jerome!) 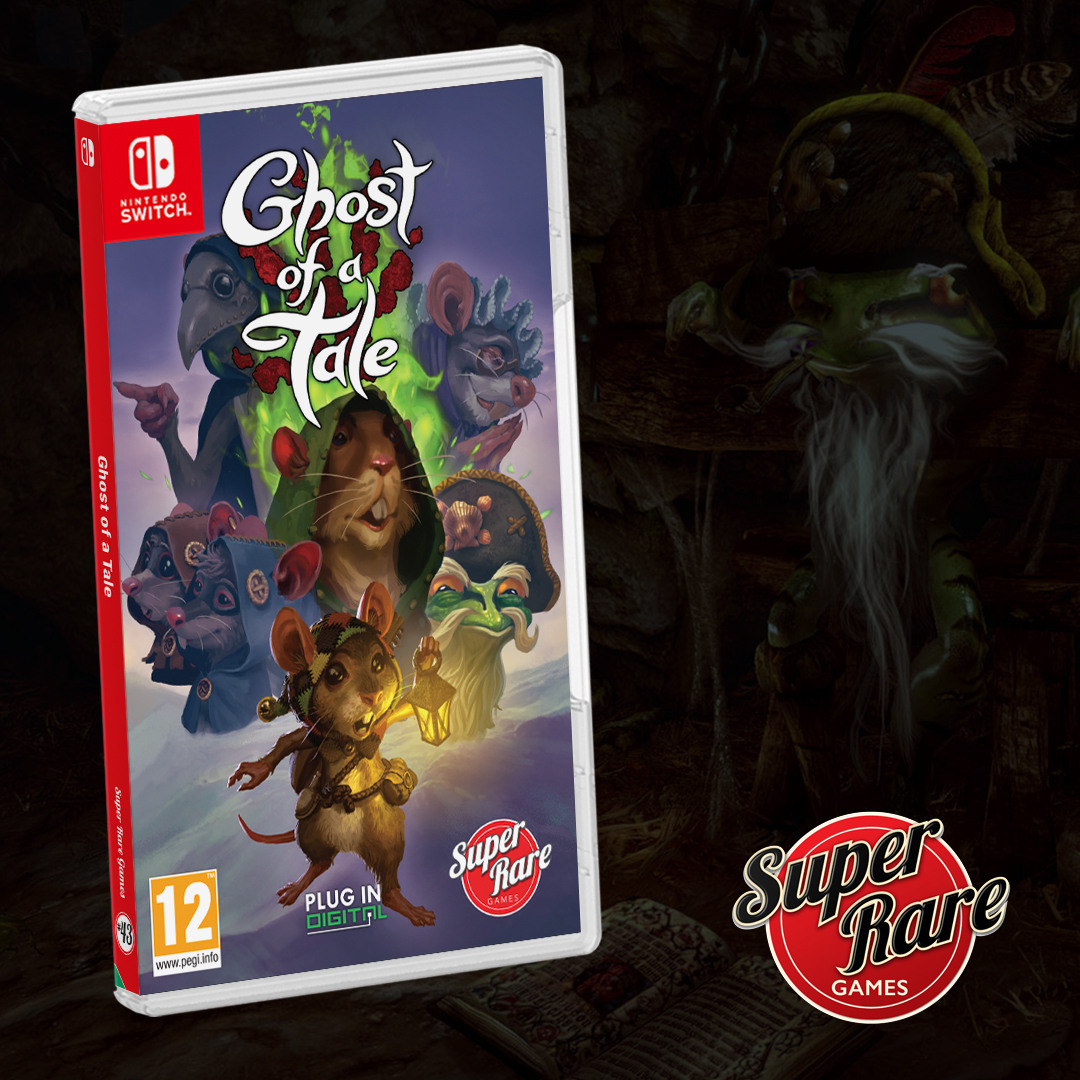 Ghost of a Tale
152
9
Patch Release 8.33
Mar 22, 2019
Hi all, this is a corrective patch which brings in all of the bug fixes and improvements that were developed for the recently released console versions (PS4 & Xbox One).

Update:
Just uploaded patch 8.11 which fixes the issue with the Steam controller's triggers.

Hello all, here's a quick patch release (v8.10) to address some bugs that were reported to us this week. It also contains a thorough optimization pass on all of the game's particle systems, which should bring along a nice little performance boost for all the configurations.

In this one we’ve fixed quite a few things but also optimized the game even more (including the jail, commissary, etc.) in prevision for next month’s release on consoles. The photo mode has also gained the often requested focus distance control and we’ve added a couple of items for Tilo to wear.

But most importantly, this patch contains brand new character theme tracks composed by Mathieu. As previously indicated they have been recorded by the London Symphony Orchestra and they’re, simply put, amazing. But don't take my word for it and listen to the theme of Tam & Farrow here:

https://youtu.be/QDpa12keCNM
In the same vein, whenever you transition to a new area in-game you will be greeted by new music tracks to emphasize the location’s atmosphere. It’s one of the things players always wished there were more of in the game.

On a different topic, over the last few months we’ve watched a lot of play-throughs and we’ve seen that most players just hit the quicksave button whenever they hide. Which means many of them will only have ONE save to rollback to (namely the autosave) if they decide they made a wrong decision in a dialog or if they stumble upon an issue that prevents them from moving ahead in a quest.

In order to alleviate that, we’ve implemented a new rolling quicksave system comprised of 5 slots. In other words, when you hit the quicksave button, the save will get created in the next available quicksave slot, looping from number 5 back to number 1. That way, you’ll always have 5 quicksaves available for you to roll back to.

We hope this will make your playing experience even more enjoyable! :)

Ghost of a Tale
186
12
Patch Release 7.43
Sep 20, 2018
This corrective patch brings us to version 7.43 and fixes some small bugs which can occur in very specific conditions. It also takes care of a possible exploit at the end of the game involving casks of brisance.

As usual, if you still happen to stumble across unresolved issues, please do mention them on the Bugs & Issues forum, or send us an email (with as much relevant info as possible) at: support@ghostofatale.com

Ghost of a Tale
181
9
Patch Release 7.37
Sep 7, 2018
Hi there! Here's a small corrective patch addressing a couple of bugs (including the clever exploit which allowed Tilo to stay longer up in the air while using the fire steel).

As usual, if you still happen to stumble across unresolved issues, please do mention them on the Bugs & Issues forum, or send us an email (with as much relevant info as possible) at: support@ghostofatale.com

Ghost of a Tale
208
9
Patch Release 7.33
Jul 27, 2018
Hi all, this is just a quick patch to address a few minor bugs (including the missing straw texture introduced in the previous patch).

Ghost of a Tale
198
17
Patch Release 7.26 (upgraded engine + better shadows!)
Jul 13, 2018
Hello everyone! Here's a new patch release which brings us to version 7.26. It's mostly a maintenance patch, although behind the scenes we've upgraded the game's engine itself (from Unity 5.5 to 2017.4). As a consequence, performance and visual quality have gotten a boost.

Most notably the lighting quality has been greatly improved. The sun's light and shadows now progress smoothly throughout the duration of the day. If you remember before it was advancing abruptly and remained static for 10 seconds, then quickly advanced again and stopped, etc...

Ghost of a Tale
244
16
Patch Release 7.05 with improved textures!
Jun 17, 2018
Hello everyone! This is a patch release (v7.05) which fixes a couple of bugs and improves performance on the shore. You can now start a new game and change the language on the fly (without having to close and restart the app).

Textures have also been improved via better micro-detailing. You can see an example below (right-click and "View Image" to get the full effect):

Basically after playing God of War I noticed they were using this technique very effectively (normal + albedo micro-textures), so I implemented it in the game. :)

Fixed:
Changed:
Updates:
- Hotfix 7.07 fixes a couple of specific issues introduced in 7.05 (mostly with the Italian localization and some non-aggressive guards after restarting a game from scratch).
- Hotfix 7.08 fixes an issue with the skiff not appearing in the harbour. Unfortunately it's not retroactive, so if you already met that particular bug, please send us your save file to: support@ghostofatale.com and we'll fix it for you.