This year you can once again nominate your favorite games for several categories in the annual Steam Awards. If you have enjoyed playing Sudden Strike 4, we’d be thrilled if you would nominate the game in this year’s ‘Labor of Love’ category.


Many thanks,
Kite Games and Kalypso Media

Since its original launch, Sudden Strike 4 has improved and expanded greatly, with 11 updates and 5 DLCs bringing significant new features and improvements to the game. This new release of the World War II strategy hit bundles all of these expansive content updates together in one high-value package. A new trailer showcasing the huge range of content available in the bundle is available below.

Sudden Strike 4 sends you off on three extensive campaigns set amongst the battlefields of World War II. Command the British and American, German or Soviet troops in the most iconic conflicts of the war, leading over 100 different units into battle. Prove your strategic expertise in over 20 demanding singleplayer scenarios, the challenge-focused skirmish mode and the ultra-competitive multiplayer mode.

Commanders,
we have released a small hotfix for Sudden Strike 4’s latest version 1.15, which includes the following changes:
Fixes 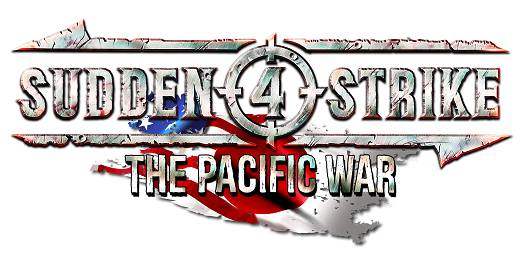 In addition, free update 1.15 has also been released today for the main game, which introduces three new bonus missions completely free of charge. Read the full PC and console changelogs for all the details.

The new free content update 1.15 will be rolled out today and adds three new story-oriented bonus missions to the game.
These missions focus on telling heroic stories, while bending some of the rules you’ve previously become accustomed to.

After the update has been applied to your game, you can access the new missions from the main menu.

Commanders!
The new Skirmish & Multiplayer AI Update has been released.
With this update, players will now have the option to call for assistance from the AI during skirmish and multiplayer matches to help in capturing or defending strategic positions, as well as assault assistance in selected locations. Use the corresponding icons above the minimap to access these help requests.

New Multiplayer Doctrine
Mark W. Clark - Armored Doctrine
The veteran of WWI, US military leader Mark Wayne Clark commanded the American Fifth Army and 15th Army Group during the Allied invasion of Italy. He lead the attack that captured Rome during the campaign and earned the rank of General by the war’s end. Clark was an expert in infantry tactics and warfare.
Utilizing unique Allied tank hunter units and a specialized skill set, this commander opens new tactical opportunities to defeat your opponents.
Destroy your enemies with the new A39 Tortoise tank destroyer and obliterate any oposition with the A43 Black Prince heavy tank.

Commanders,
we have released a small hotfix for Friday's version 1.12 update.

Kalypso Media is thrilled to announce the release of Africa – Desert War, the next chapter in the World War 2 strategy title, Sudden Strike 4.
Released today for PC, and Xbox One (with PlayStation®4 following on 15th October, Europe only) the Africa – Desert War add-on is based on the most notorious desert skirmishes in North Africa during World War 2.
Sudden Strike 4: Africa – Desert War features two new campaigns with six new single player missions from the North African campaign of World War 2.
In the Axis campaign, you will start the Italian advance on Egypt to take the city of Sidi Barrani, besiege the city of Tobruk and take over its harbor, as well as break through the Kasserine Pass in Tunisia. In the Allied campaign, take part in Operation Compass and retake the village of Sidi Barrani, relive the watershed of the Western Desert Campaign, the Second Battle of El Alamein, and break through the German defensive line in the Battle of Mareth. Fight in an unforgiving and harsh desert setting with sandstorms to challenge your tactical wits.

As well as the new campaigns, players can choose from five new doctrine commanders to lead their troops into battle.
On the side of the Axis, armchair generals can choose from the highly decorated German general Erwin Rommel, as well as three additional Italian commanders, including renowned field marshal Giovanni Messe. On the Allies, play as legendary armored division general Sir Richard O’Connor.

As the war heads into new territory, Africa – Desert War introduces over 30 new vehicles including an all new medical truck, the Marder II Tank Destroyer, the British Bishop SPG, as well as the Italian Semovente da 105/25 Assault Gun.

Africa – Desert War is available now for PC, Mac, Linux, Xbox One and PlayStation®4 (PlayStation®4 out 15th October, Europe only).


The Sudden Strike 4 base game is required to play.

Commanders!
We have released a new update!

Announcement
0
1
Sudden Strike 4 getting tactical in August
May 5, 2017

As Old Father Time grabs his sickle and prepares to take ailing 2016 around the back of the barn for a big sleep, we’re looking to the future. The mewling pup that goes by the name 2017 will come into the world soon and we must prepare ourselves for its arrival. Here at RPS, our preparations come in the form of this enormous preview feature, which contains details on more than a hundred of the exciting games that are coming our way over the next twelve months. 2016 was a good one – in the world of games at least – but, ever the optimists, we’re hoping next year will be even better.

Either RTS games got faster or I got slower. Could be both. Either way, there was a point when war, whether interstellar or historical, became unmanageable for me. Exceptions existed, with Company of Heroes the most splendid of them, but the wider arena of real-time strategy esemed like a thing of my past for a while.

Sudden Strike 4 [official site] is a return to a slower, more thoughtful time.>

Either RTS games got faster or I got slower. Could be both. Either way, there was a point when war, whether interstellar or historical, became unmanageable for me. Exceptions existed, with Company of Heroes the most splendid of them, but the wider arena of real-time strategy esemed like a thing of my past for a while.

Sudden Strike 4 [official site] is a return to a slower, more thoughtful time.>